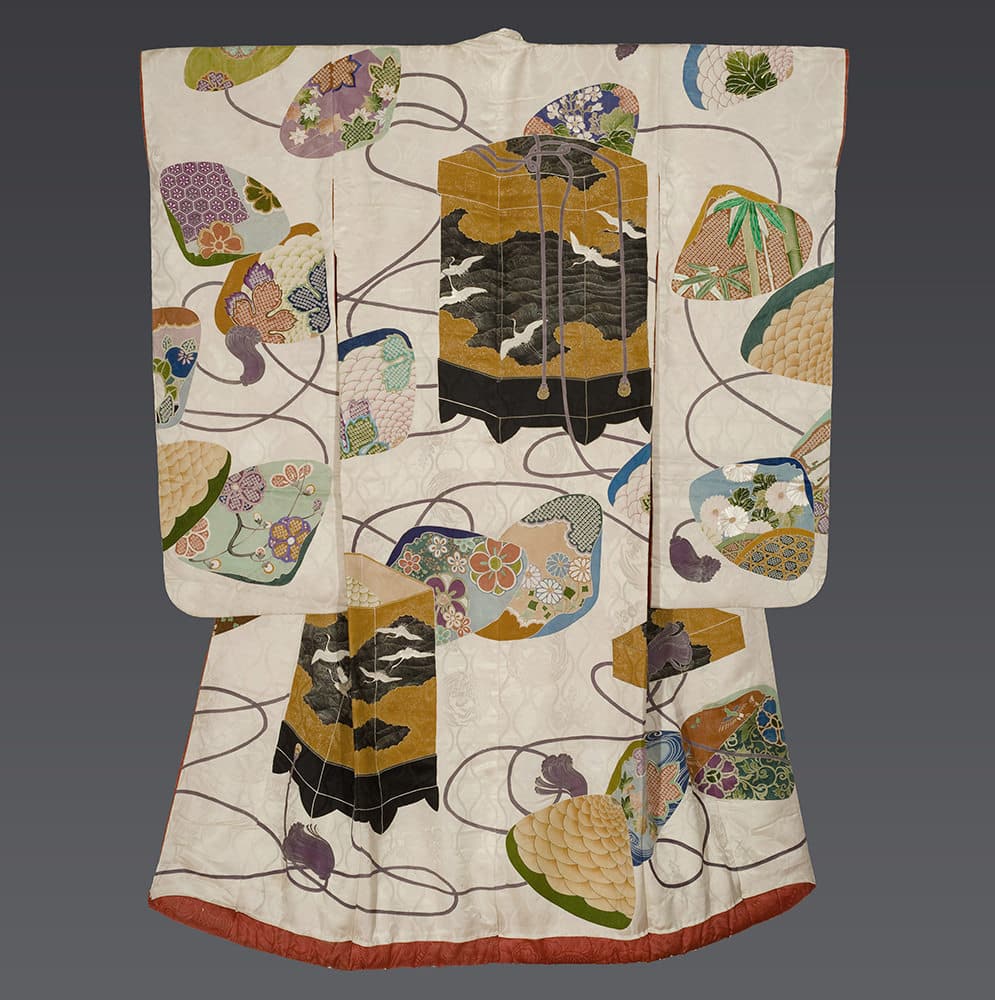 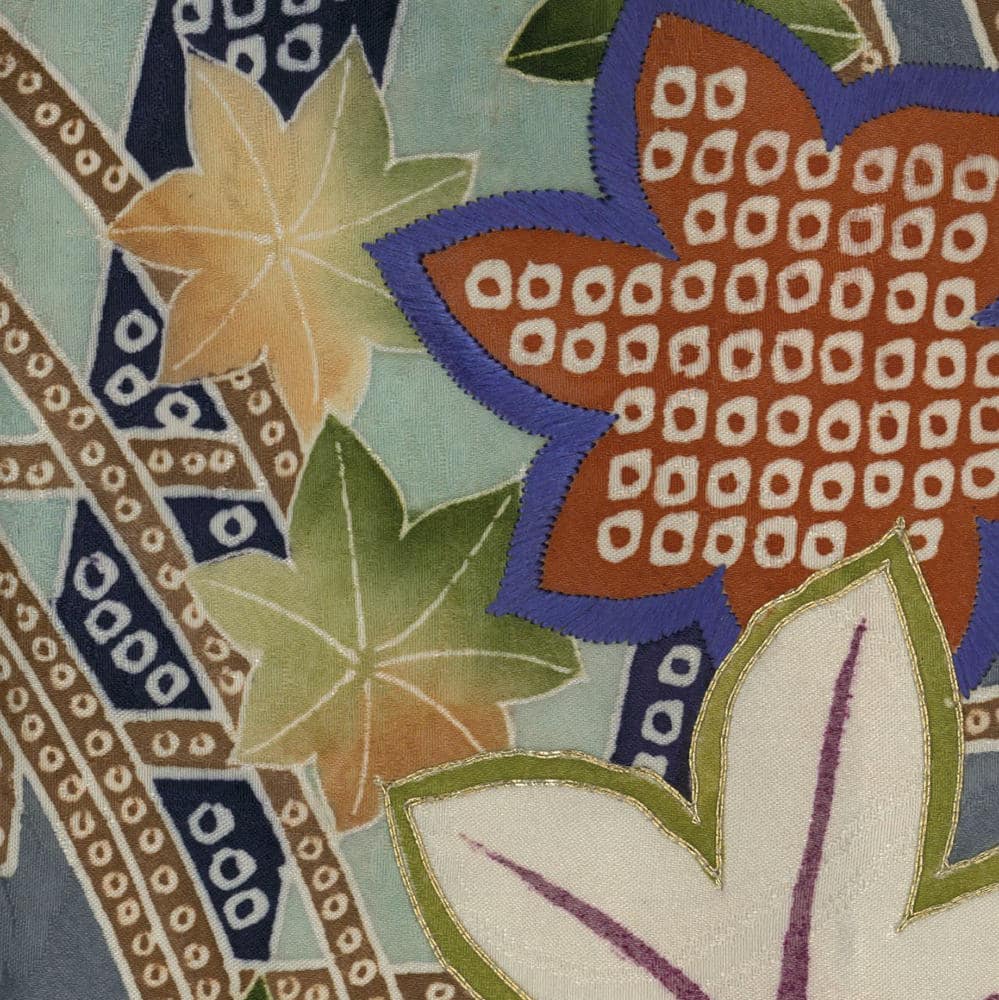 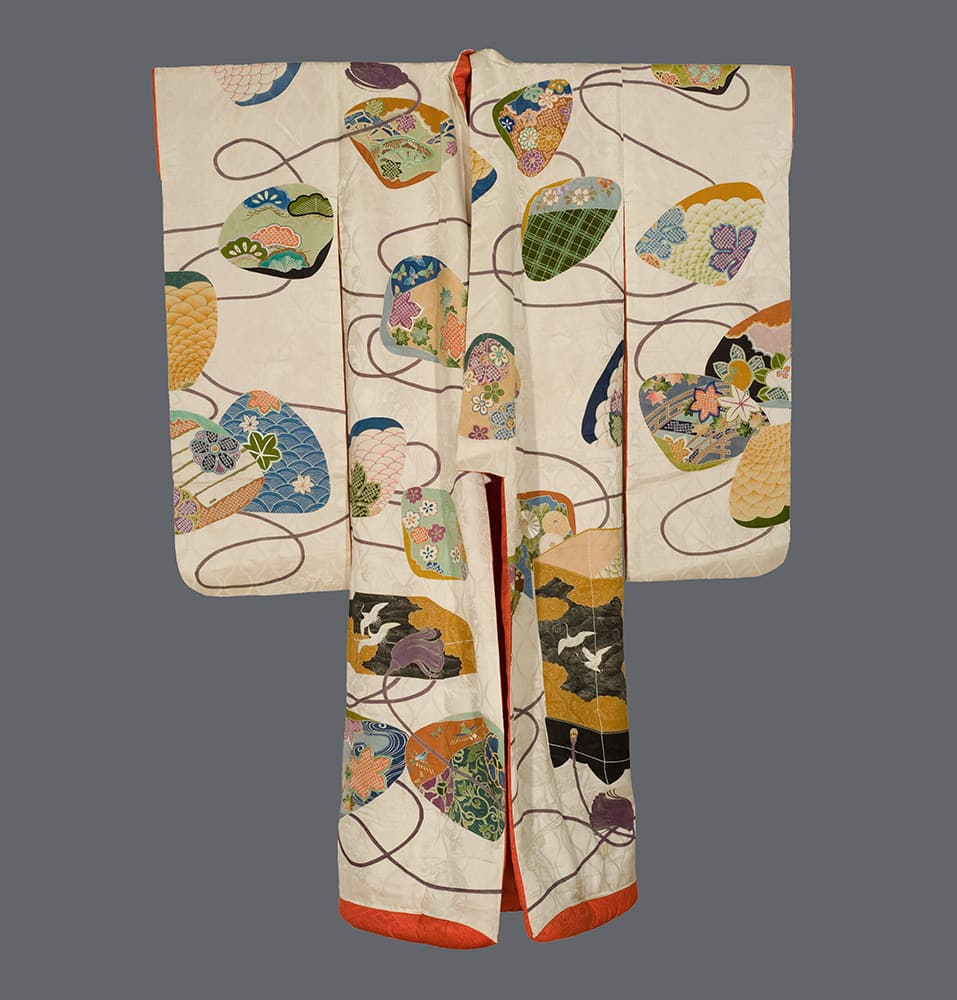 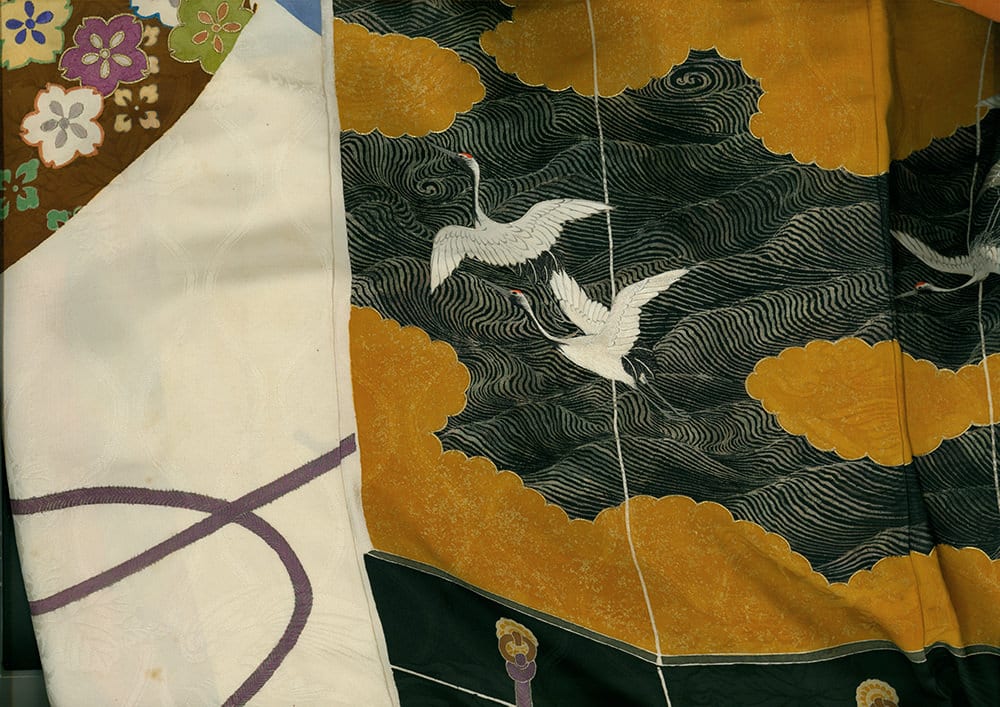 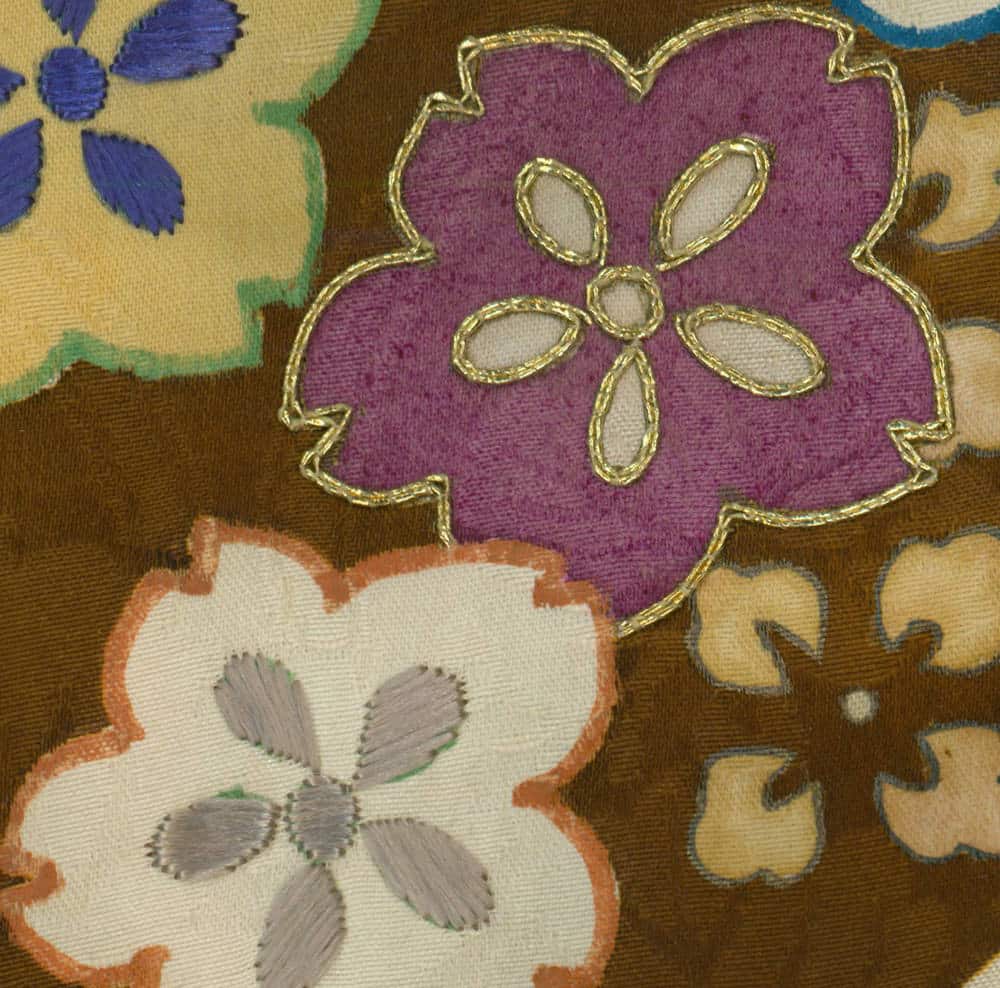 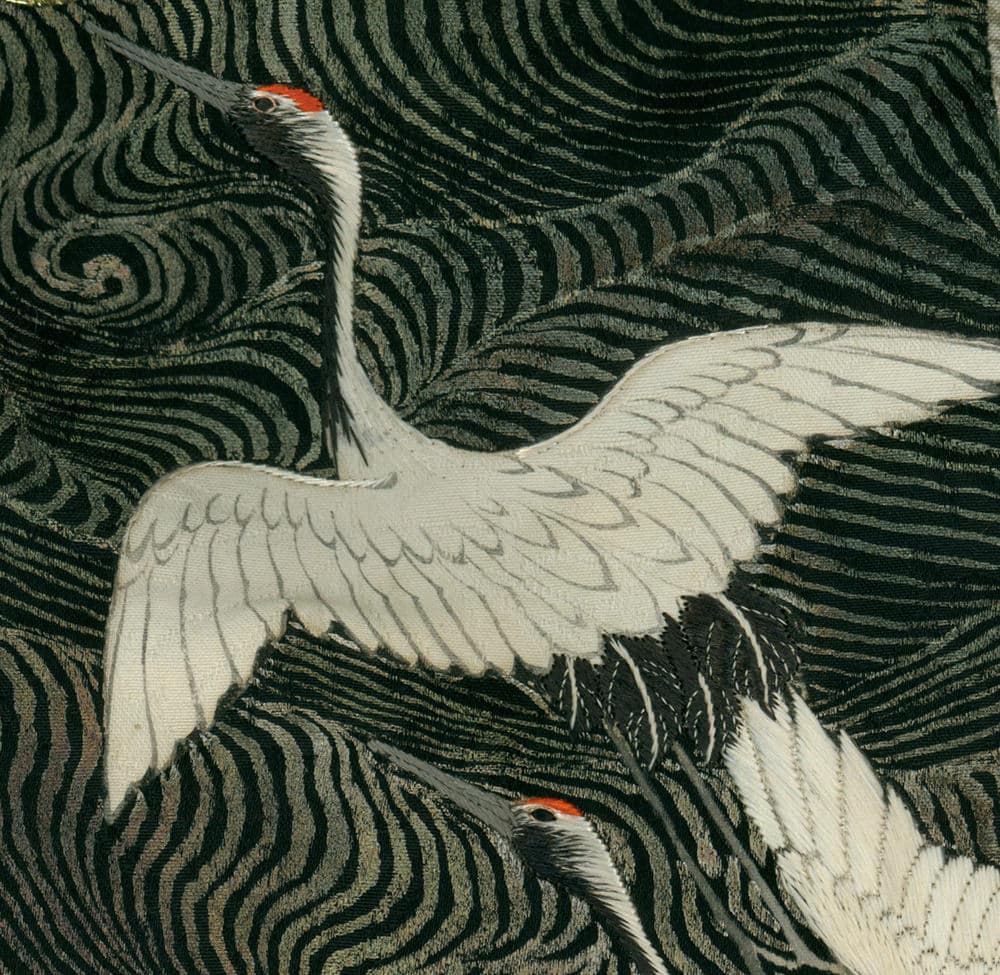 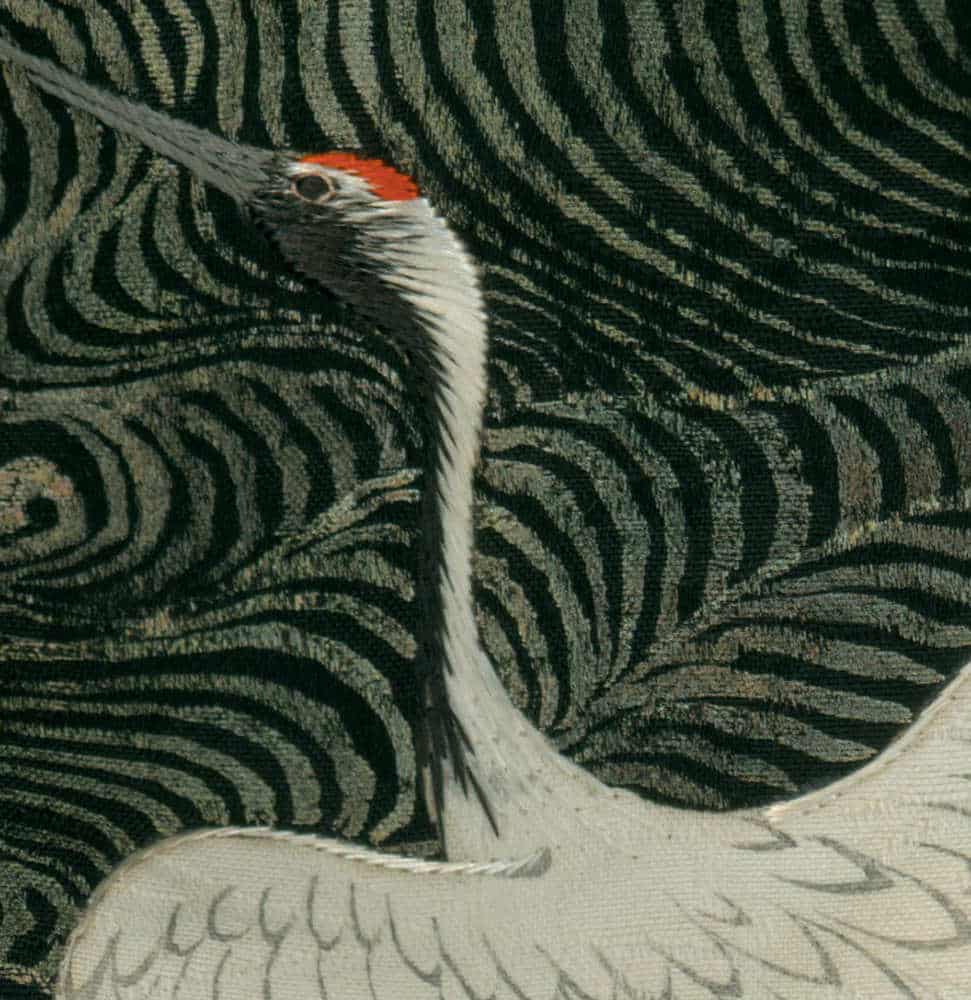 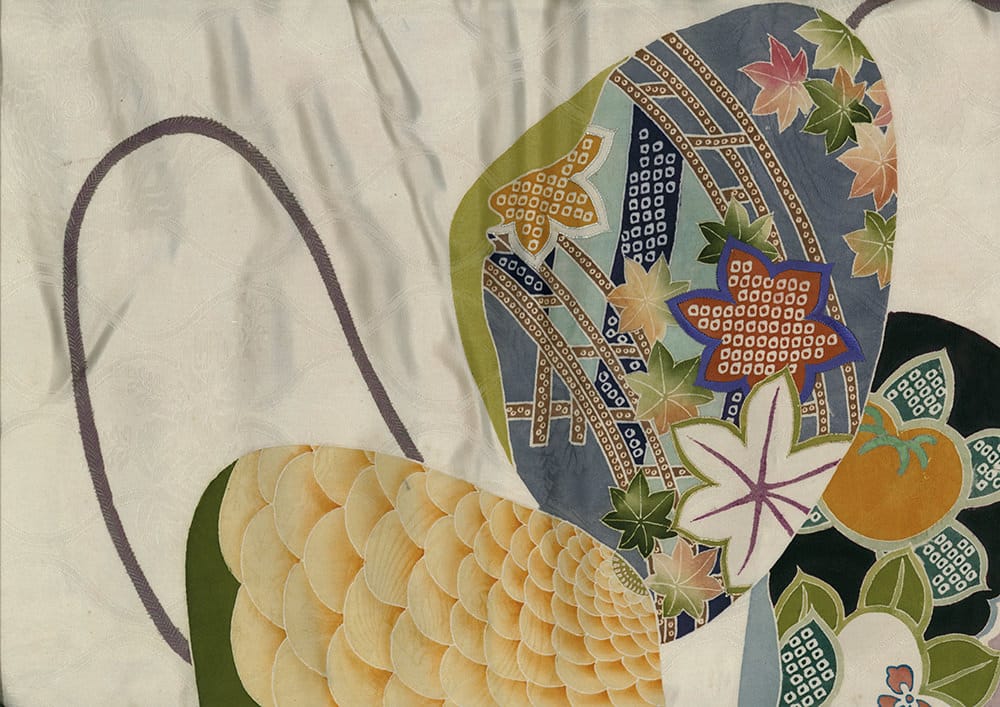 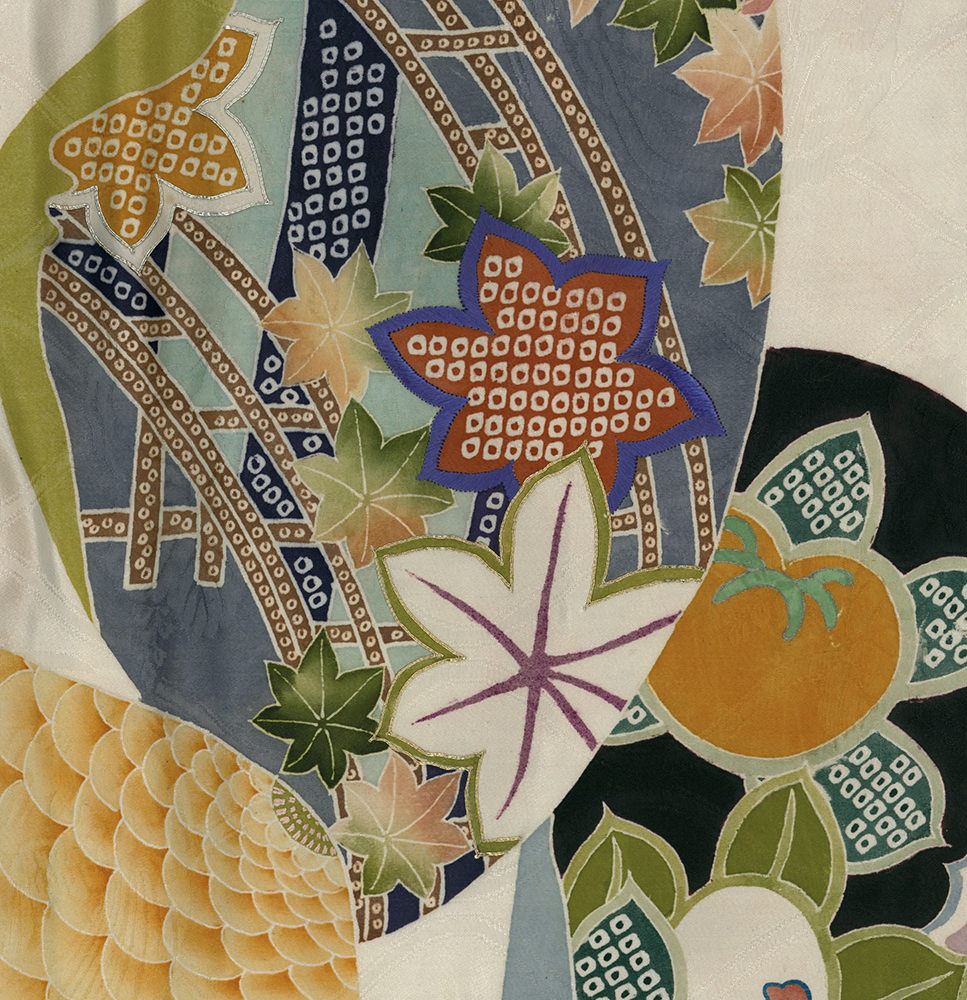 A large and impressive rinzu silk uchikake featuring large 'kai-oke ' (clam shell container for the aristocracy) and  painted shell motifs. Profuse and sophisticated yuzen-painting and embroidery: this work was done by high-end artisans.  51" from sleeve-end to sleeve-end x 66" height.  The painted clam shells and the clam shell containers are references to the Japanese shell-matching game "kai-awase'.  This game was very popular among the nobility during the Heian classical period of about a thousand years ago.  Each half of a shell was painted with an identical miniature painting based on a scene derived from Japanese classical literature, such as the "Tale of Genji". A complete game set comprised 360 shells. The game was basically a test of memory: one set of shell halves was placed face down on the floor, and as shells from the second set were removed face up from an octagonal shaped lacquer container ("kai-oke" or "shell bucket"), competitors took turns inverting shells to see if images matched. Since each side of the bivalve shells will match properly with only its original mate, the game came to be associated with marital fidelity.  Such a marital fidelity theme was appropriate for this wedding robe, and as well, we have auspicious flying bamboo and other motifs that are associated with long life and good luck, also popular on matrimonial artworks. The white figured silk background is an unusual background color for yuzen-painted uchikake, and makes a suitable contrast to the pastel motif colors.