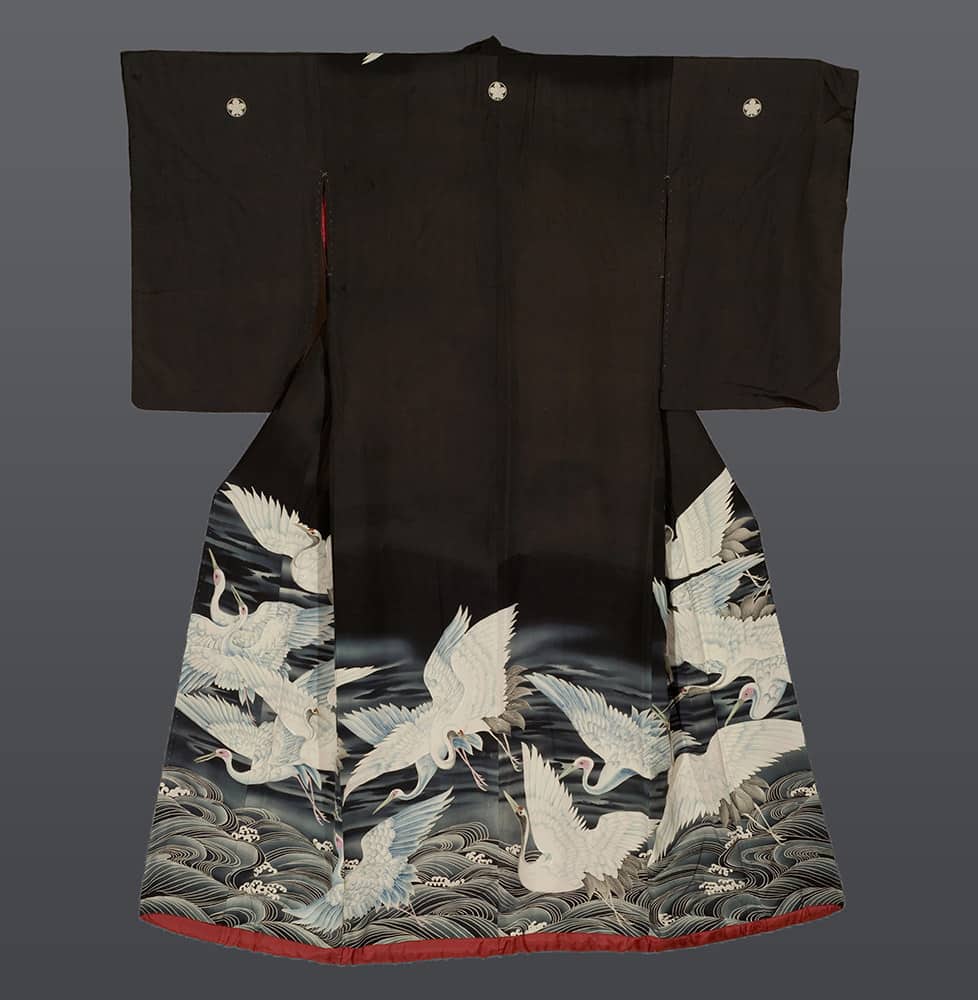 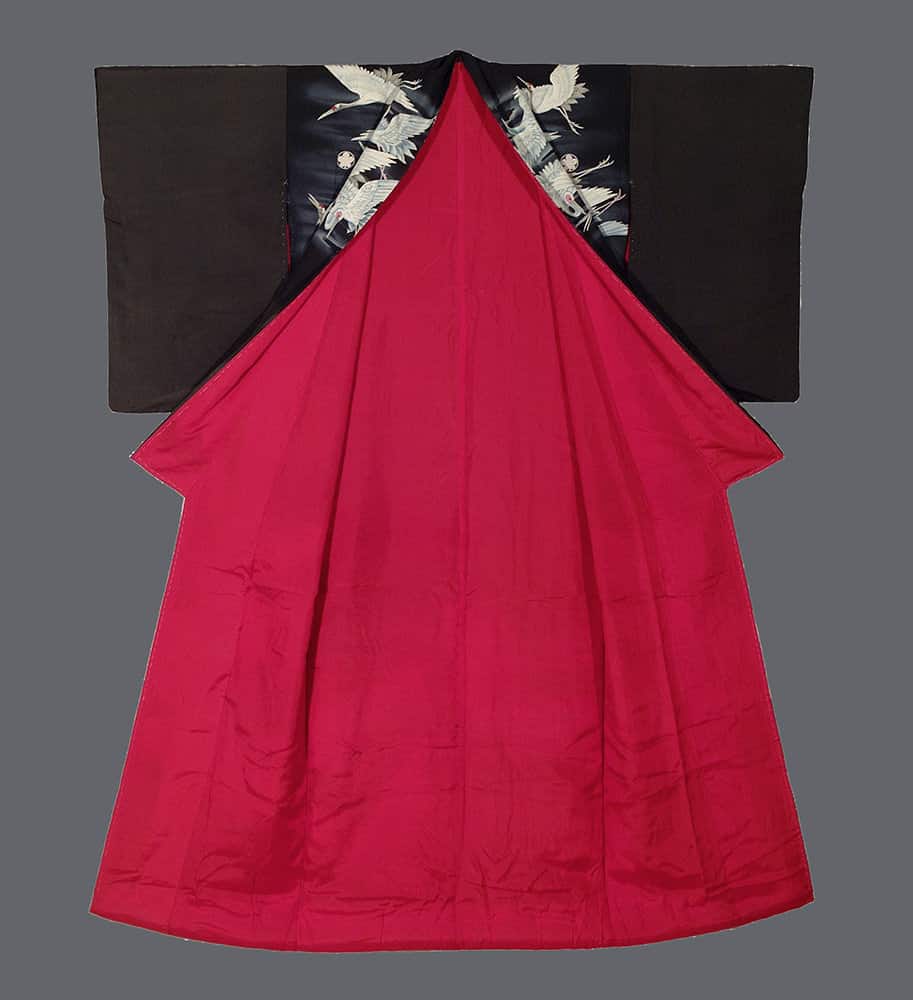 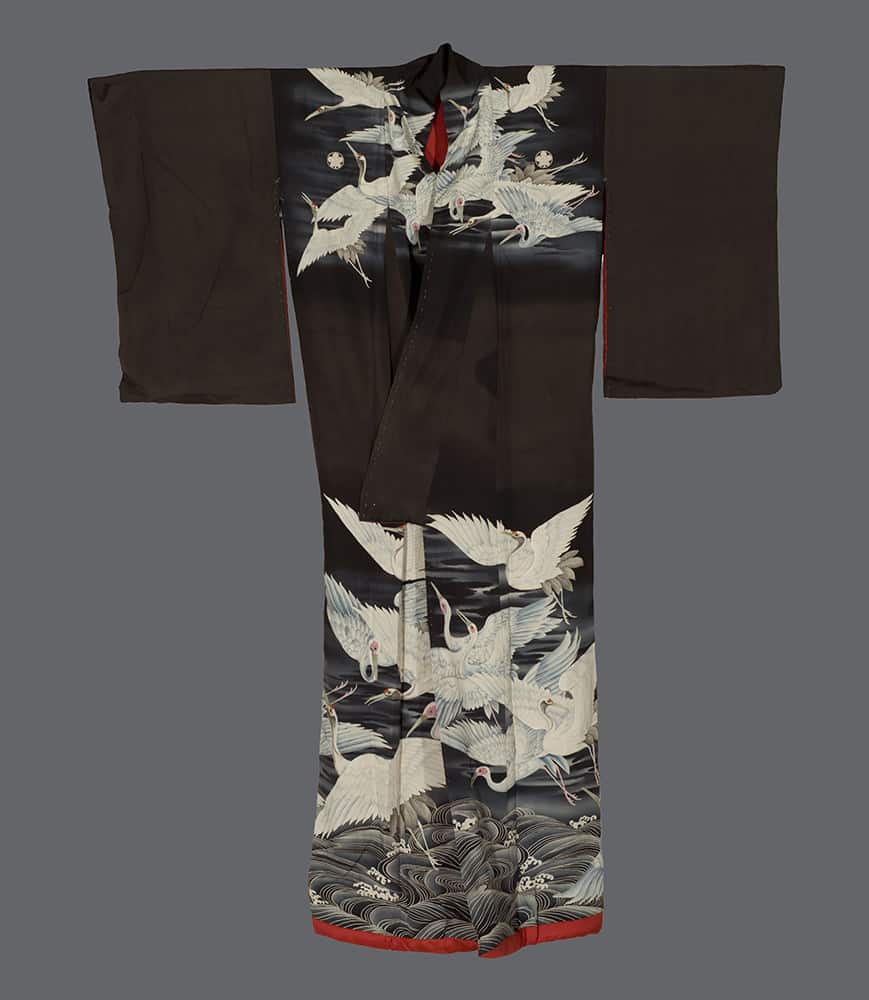 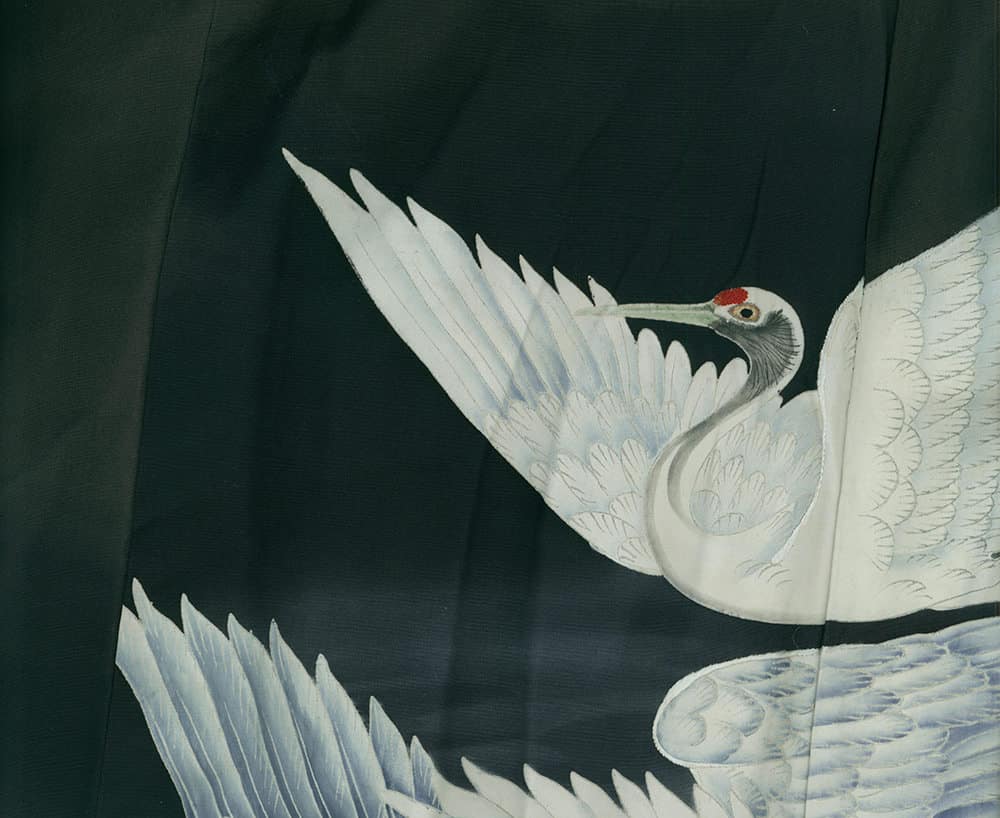 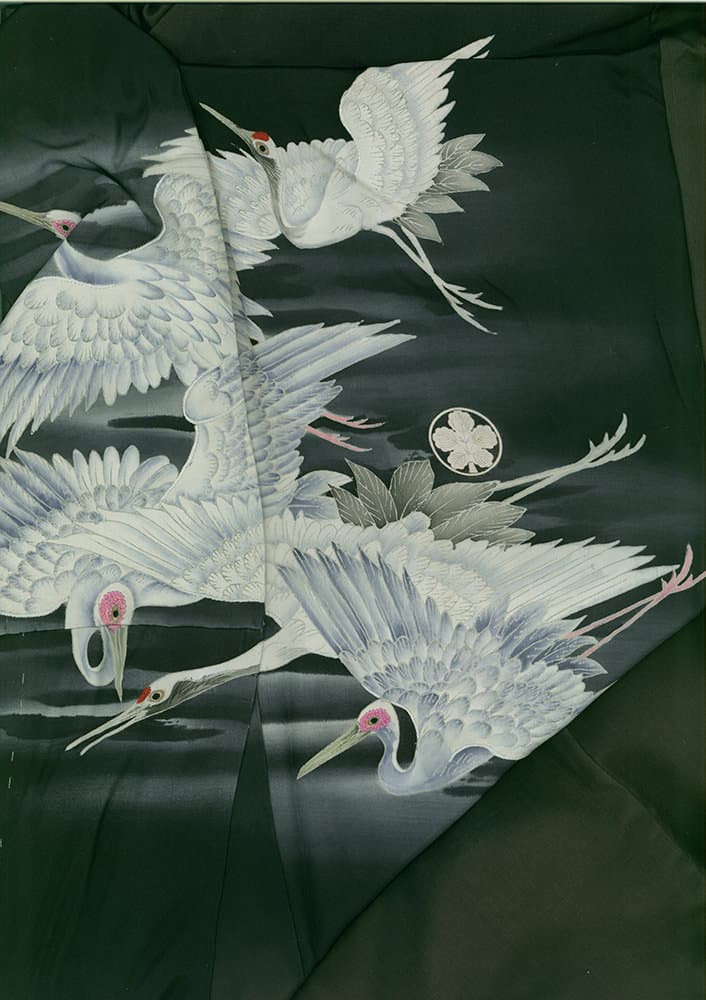 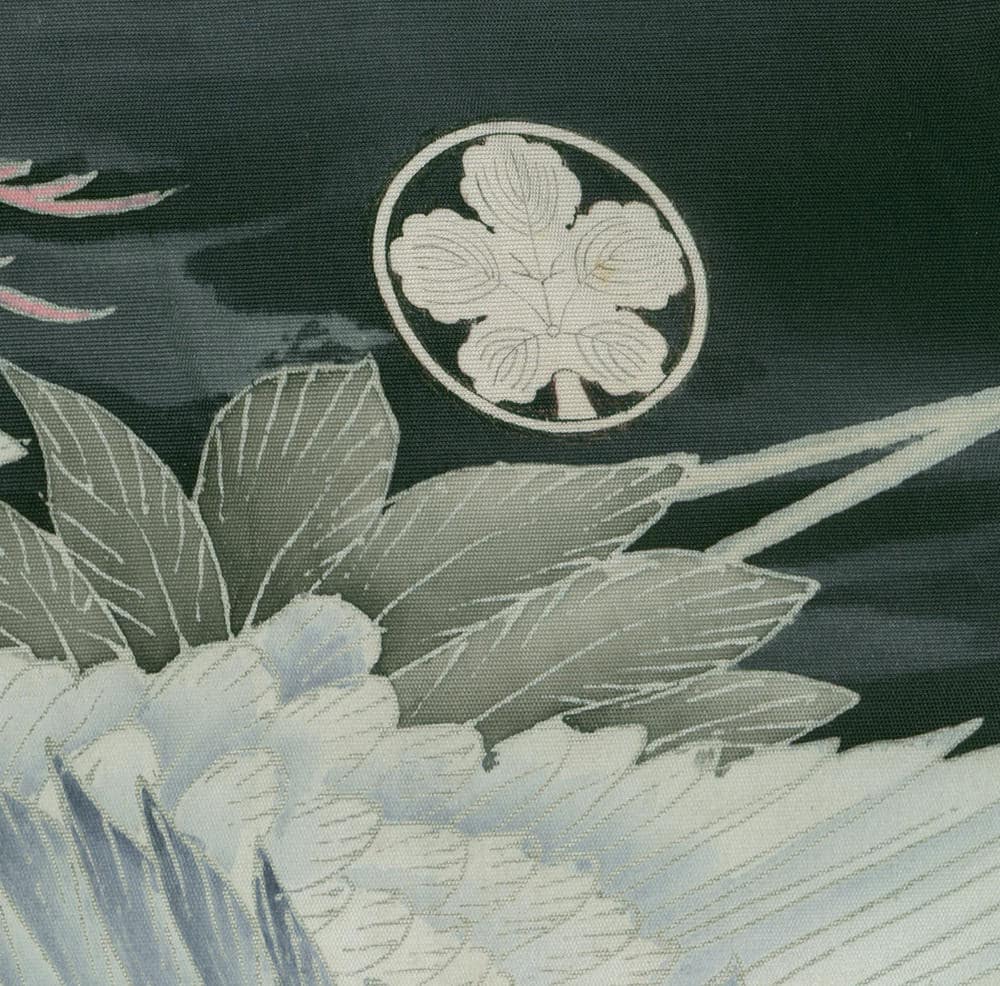 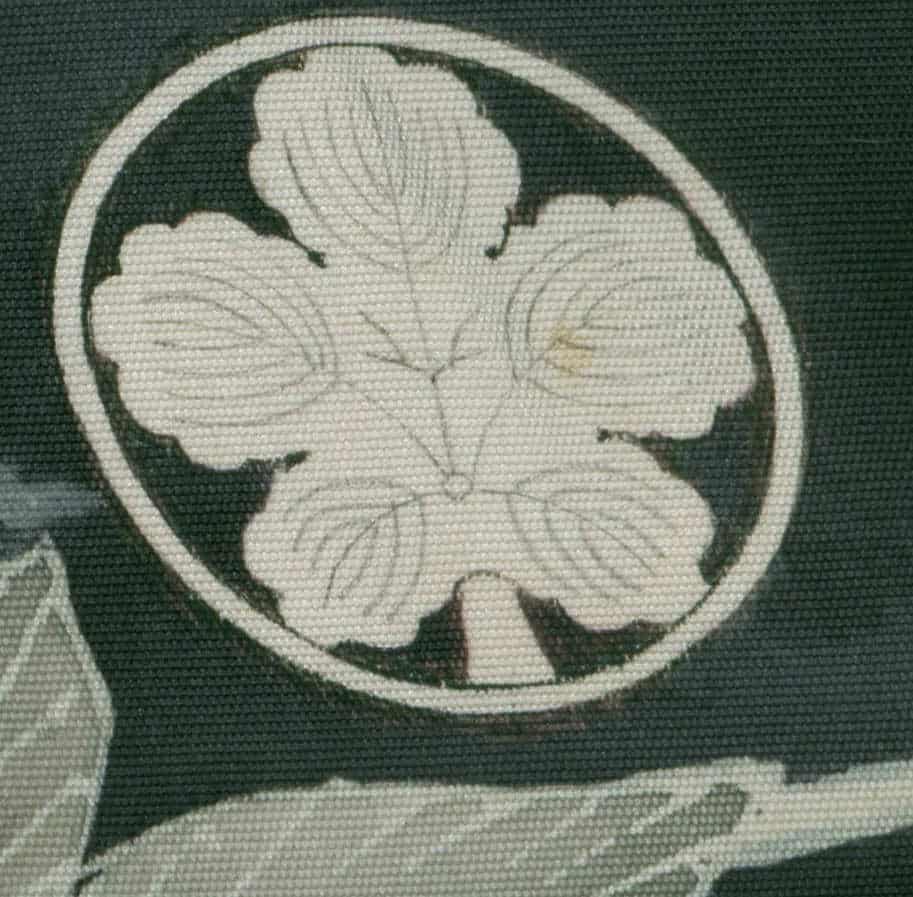 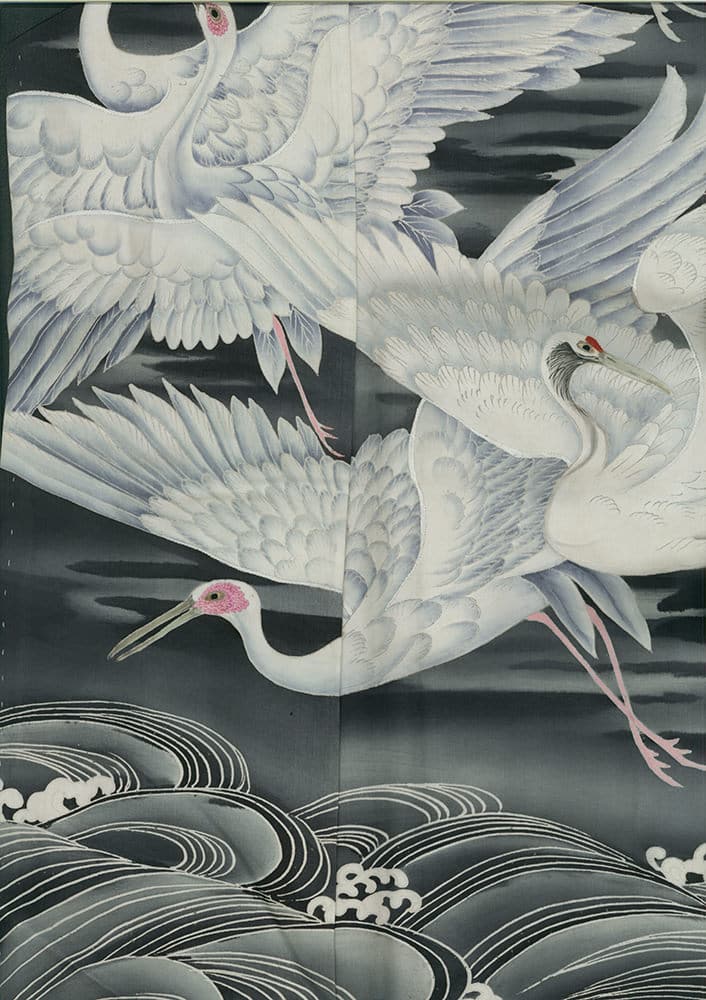 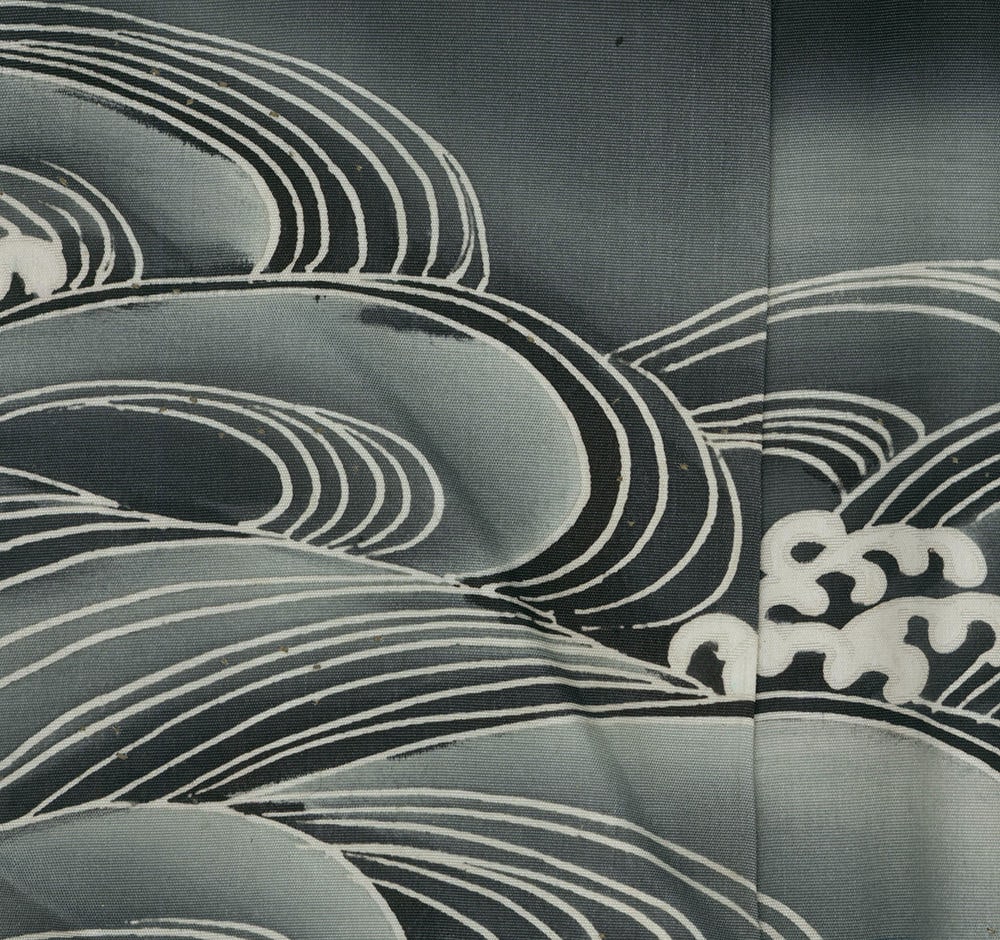 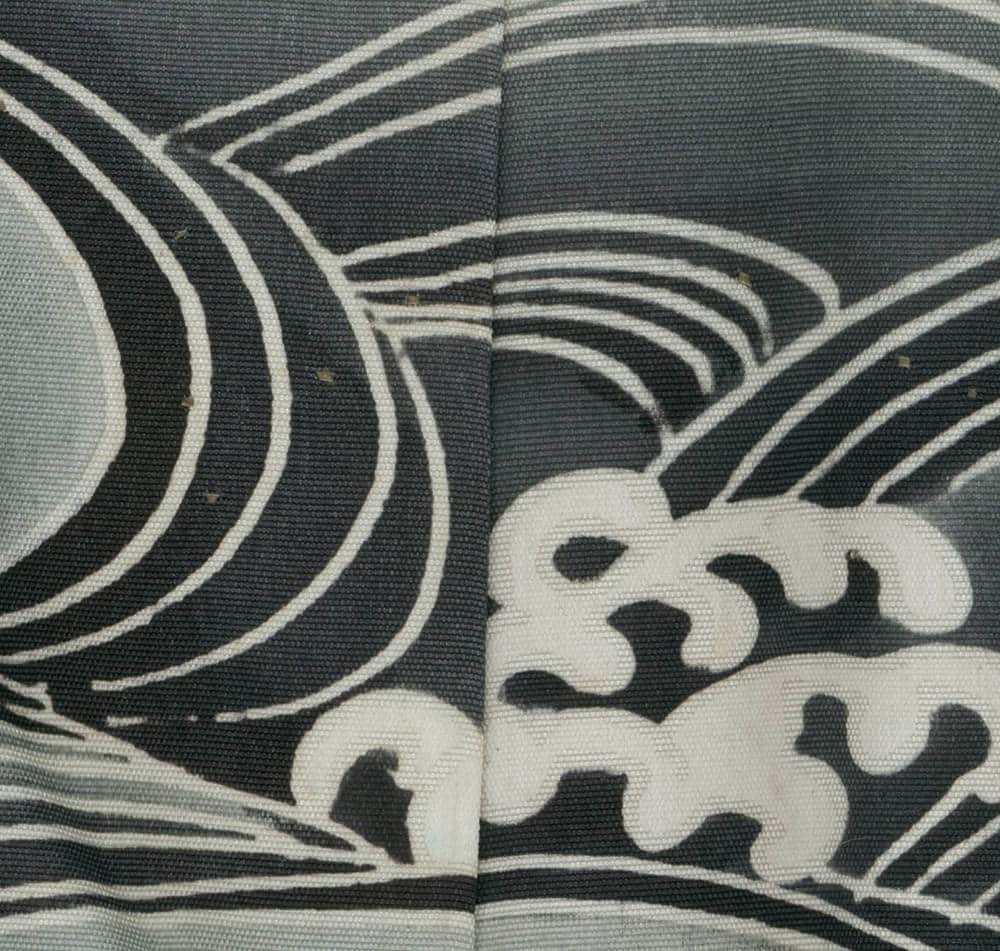 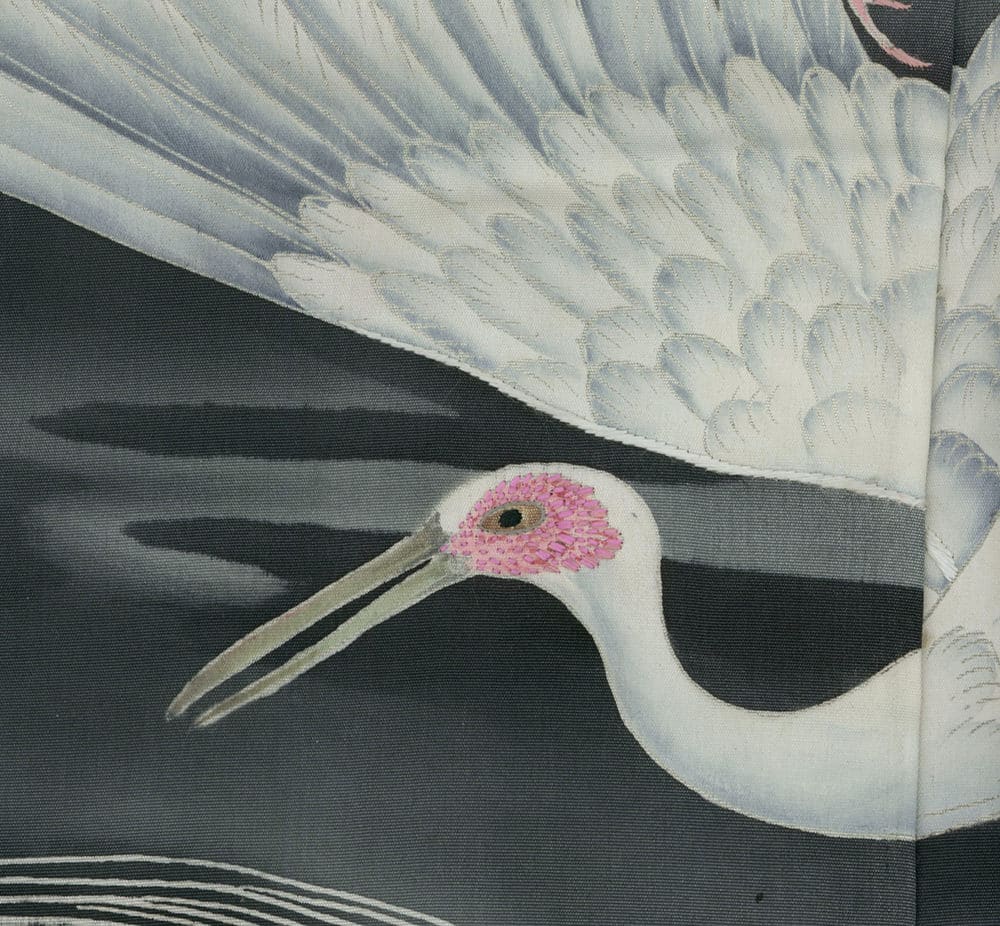 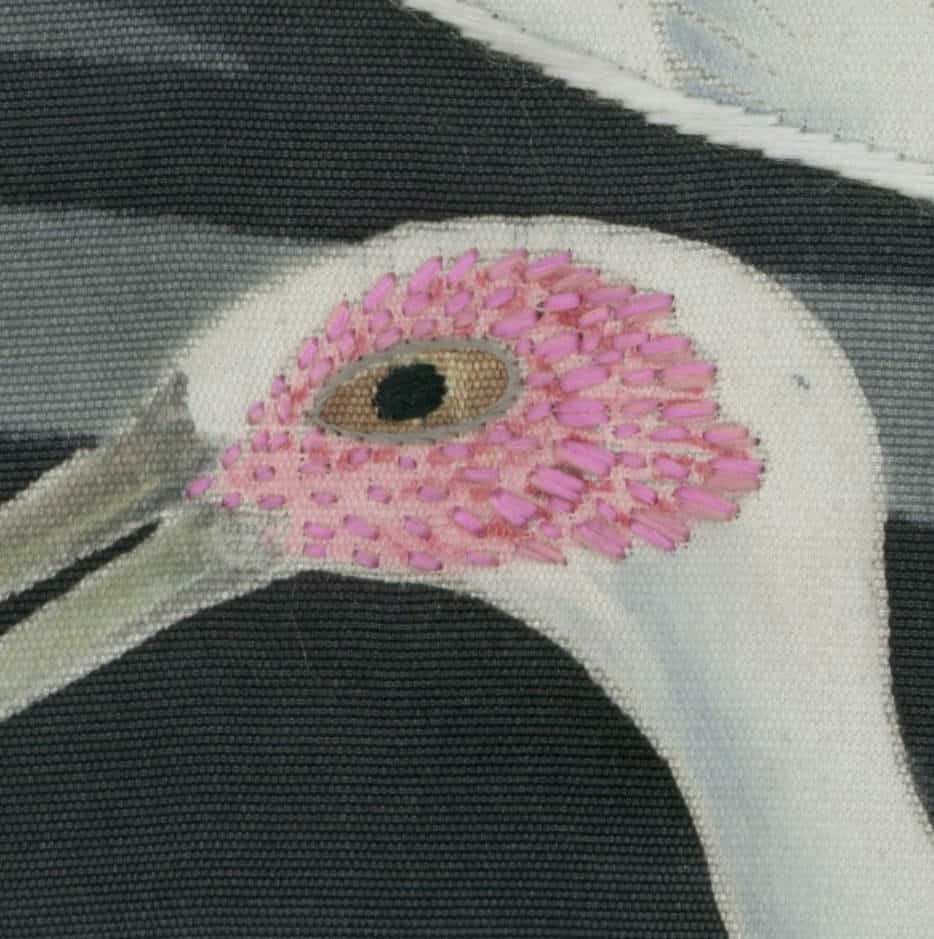 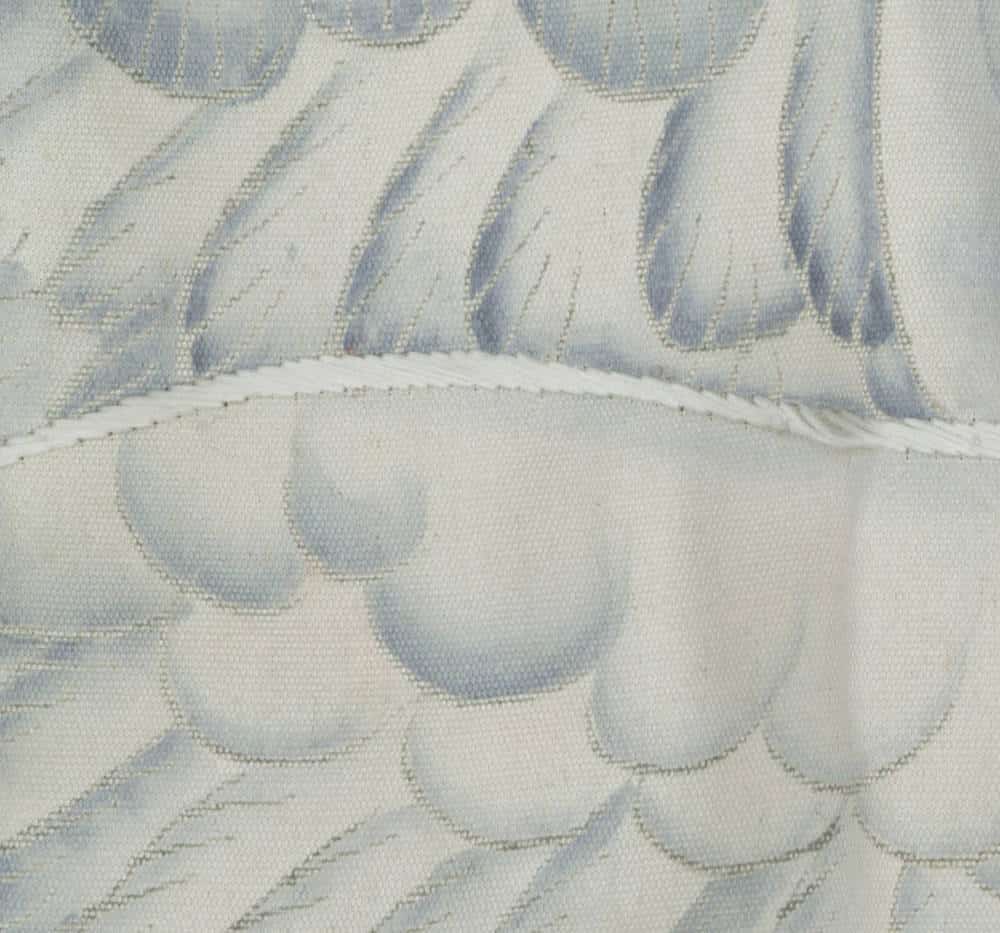 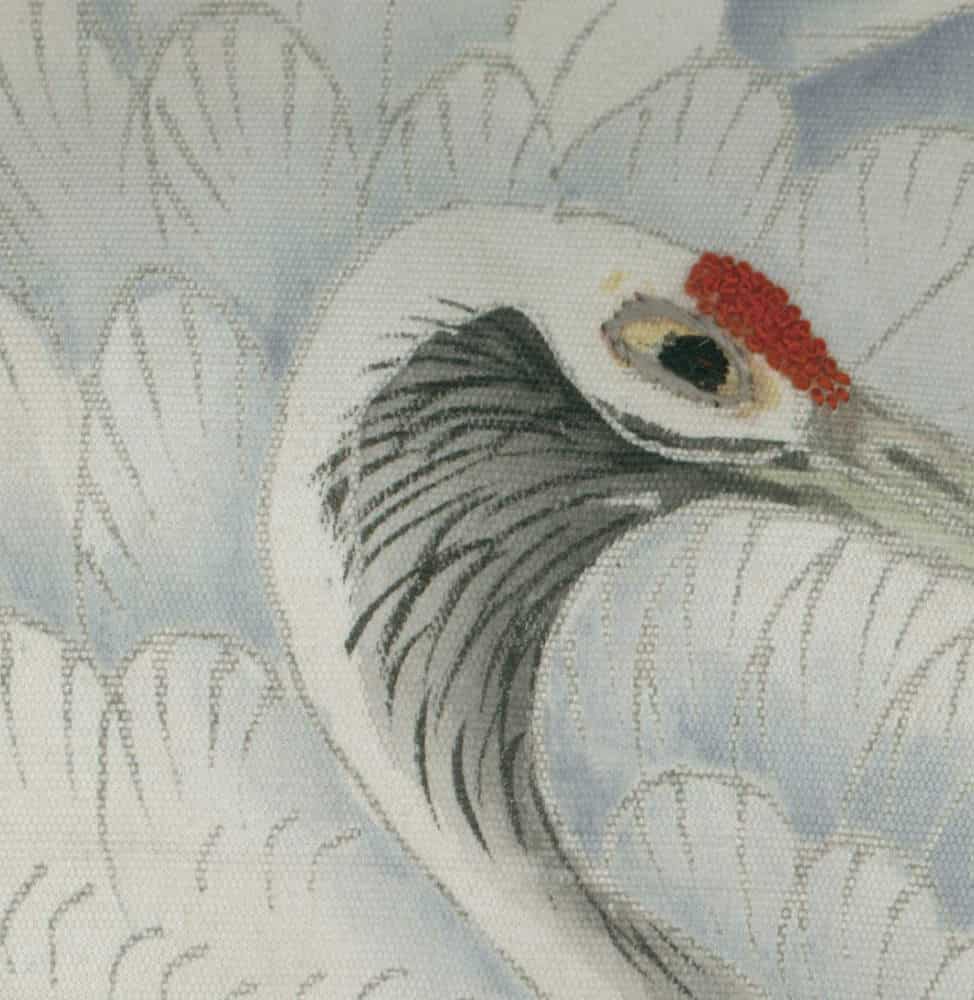 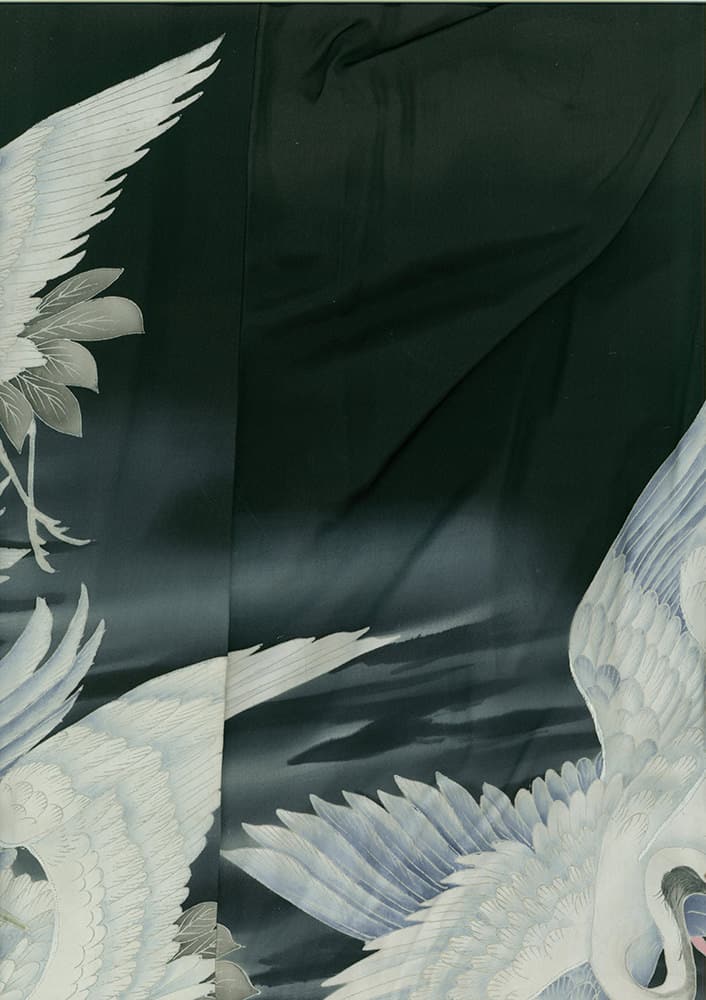 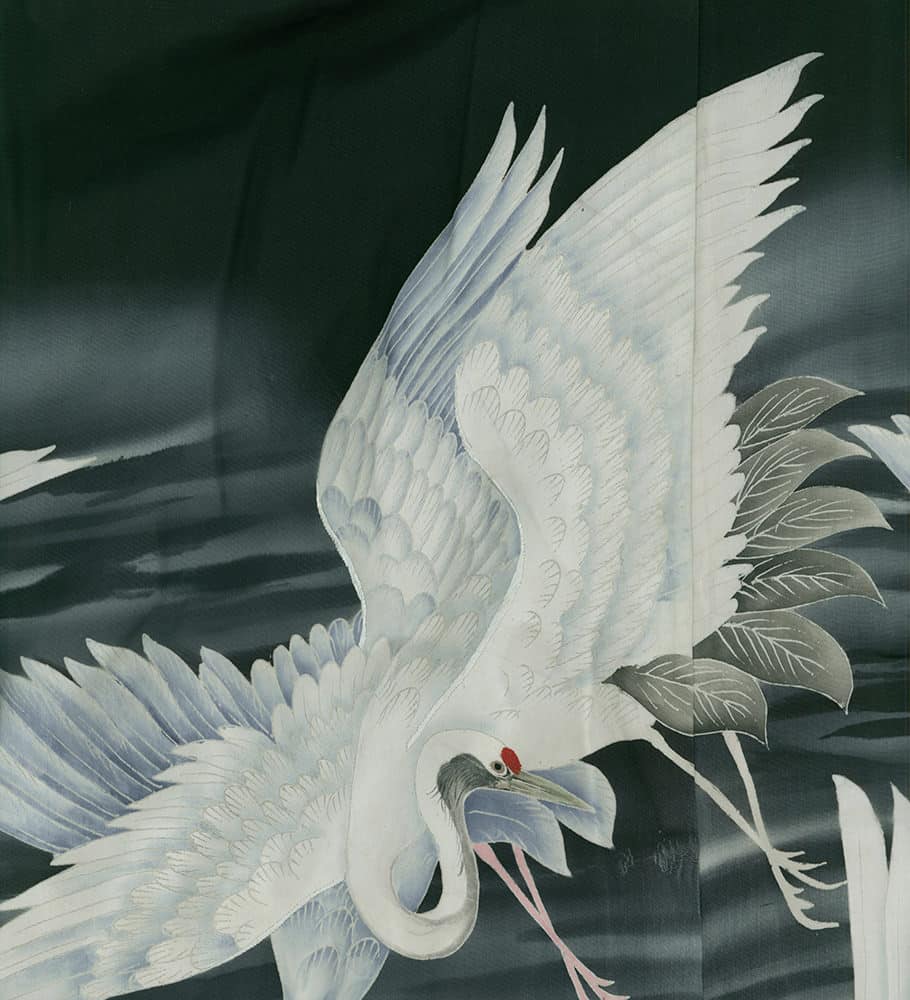 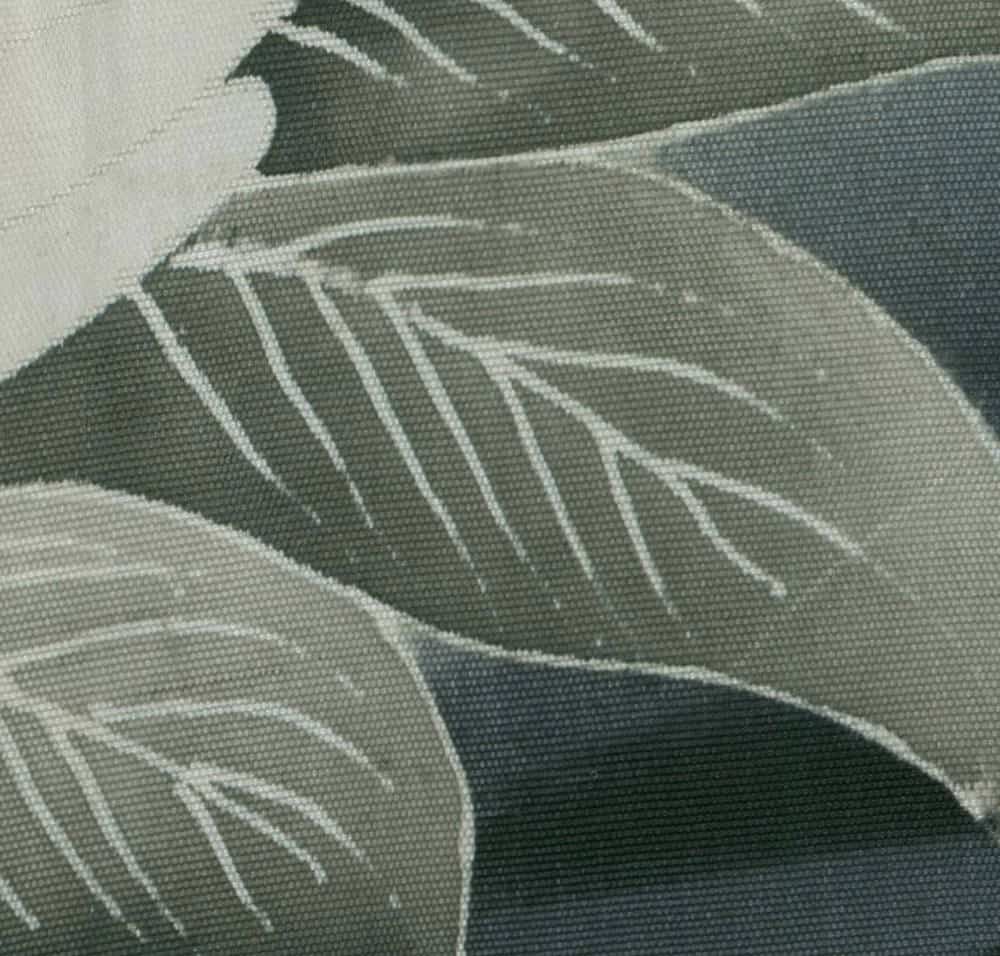 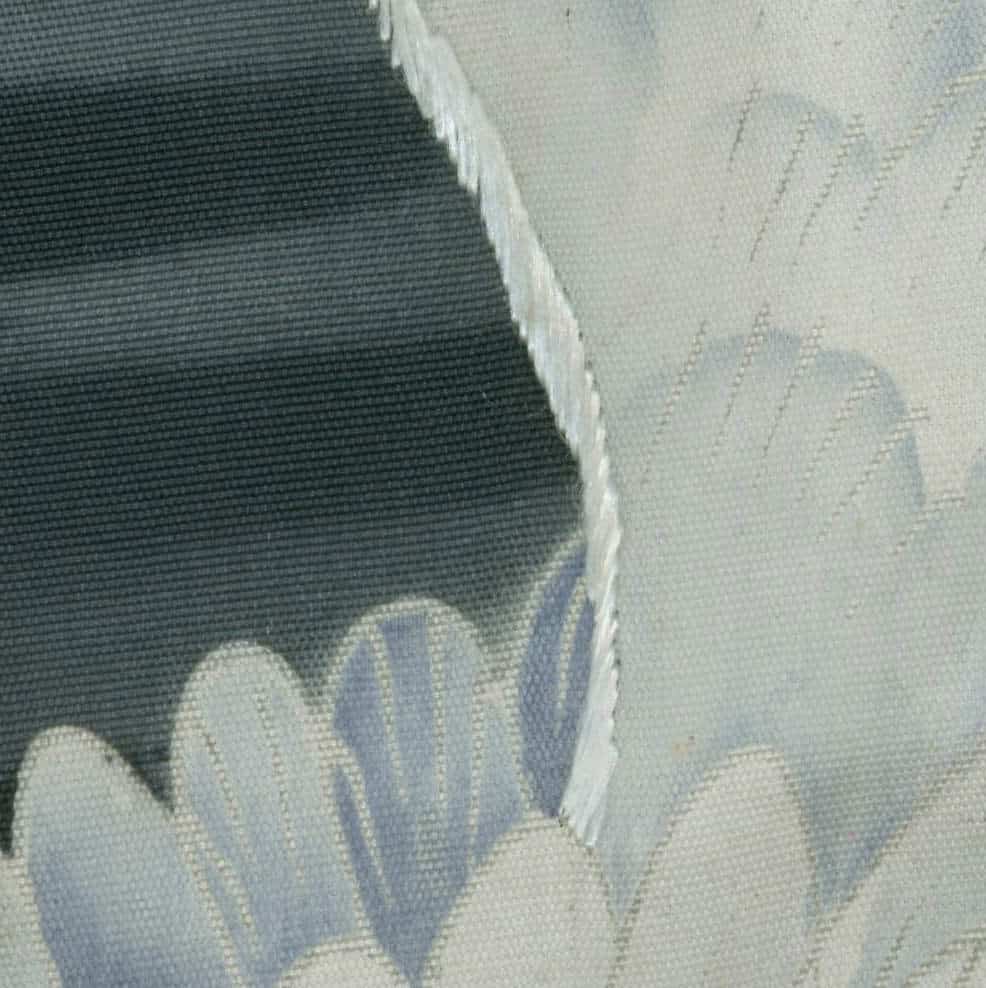 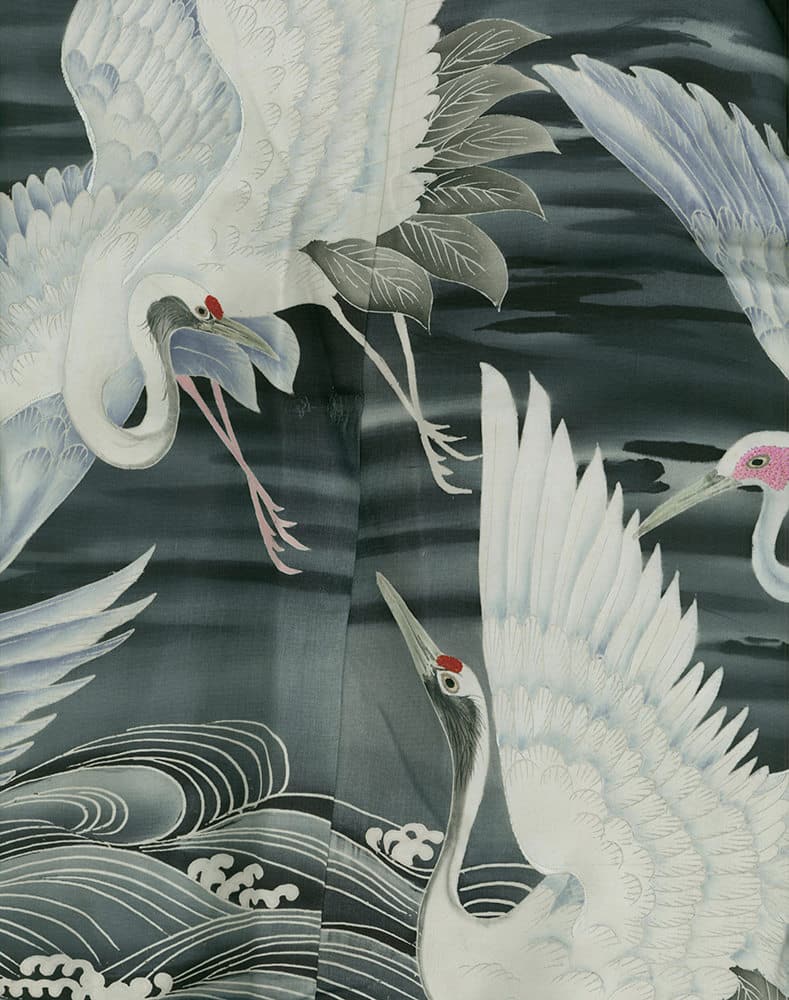 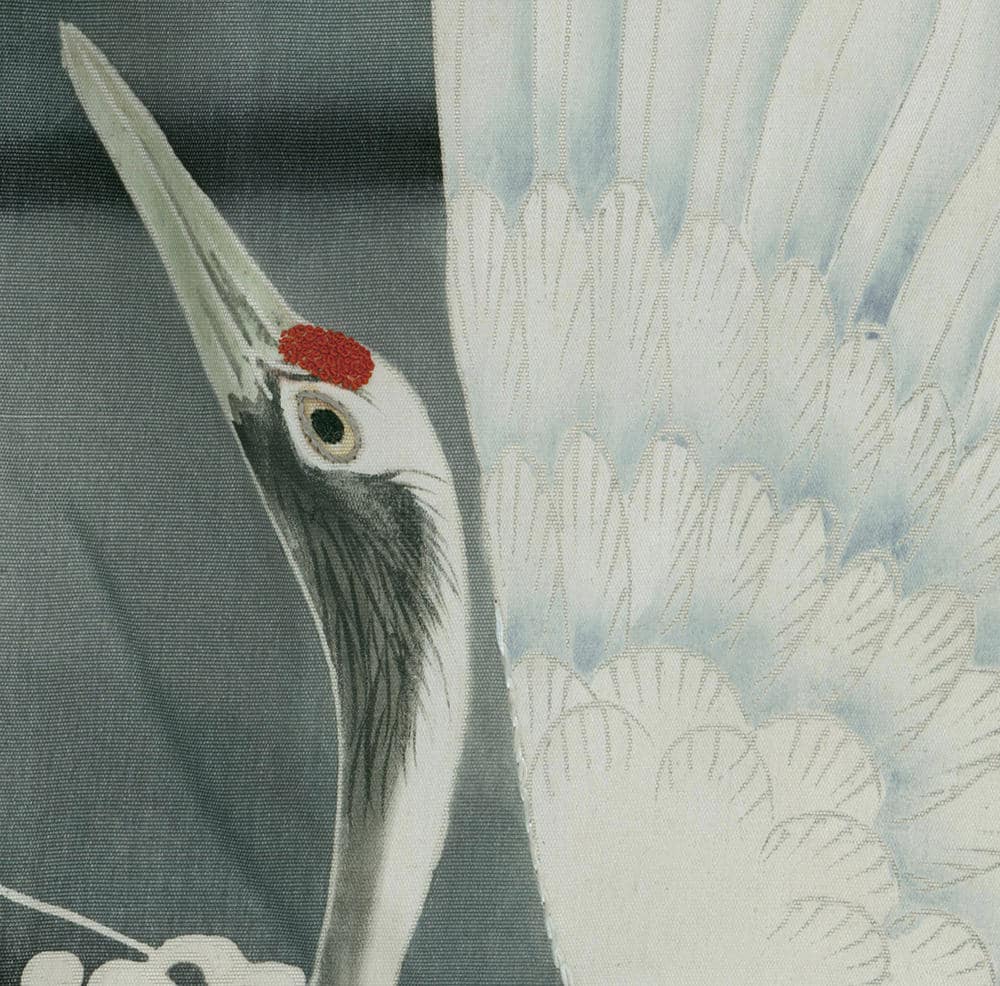 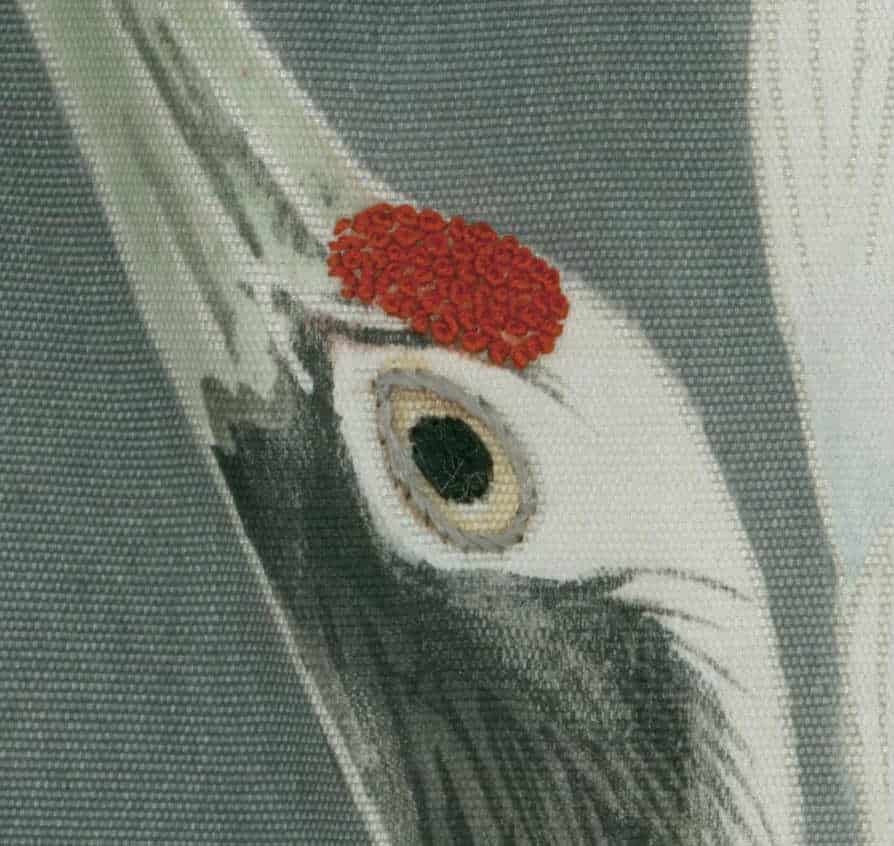 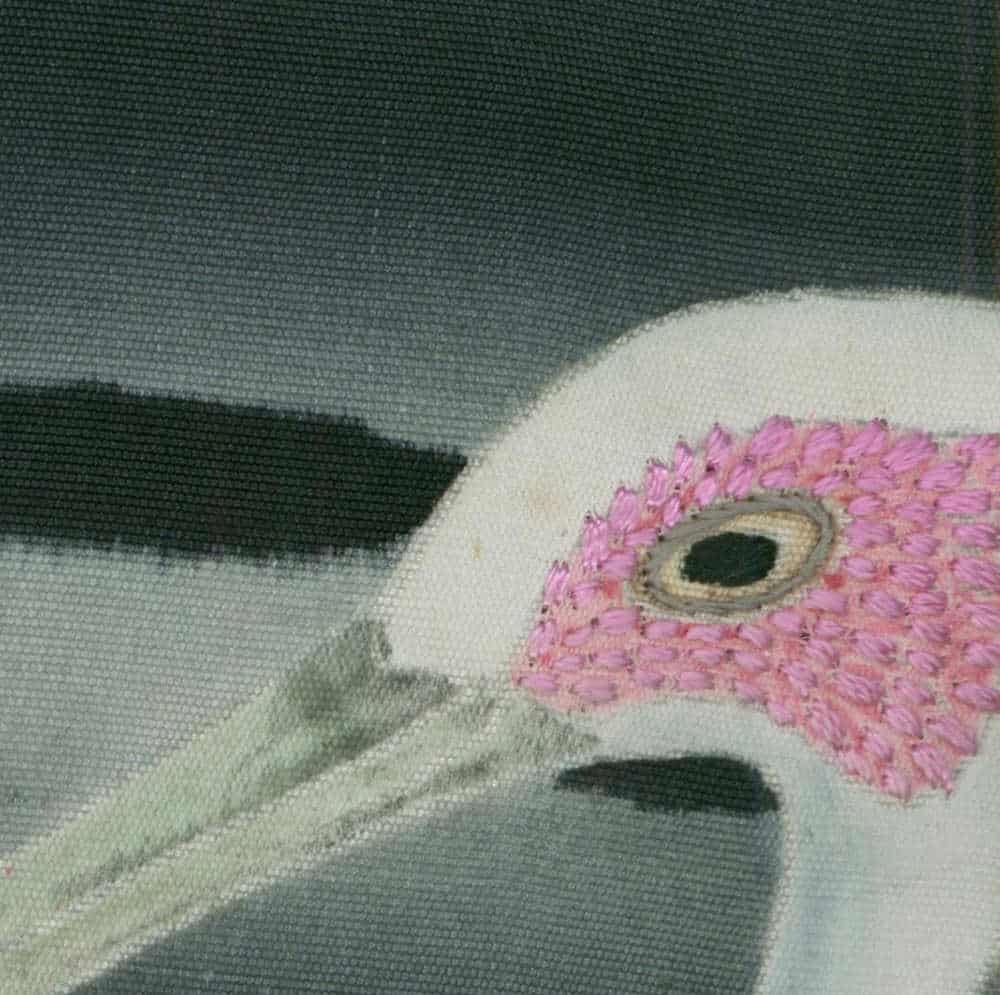 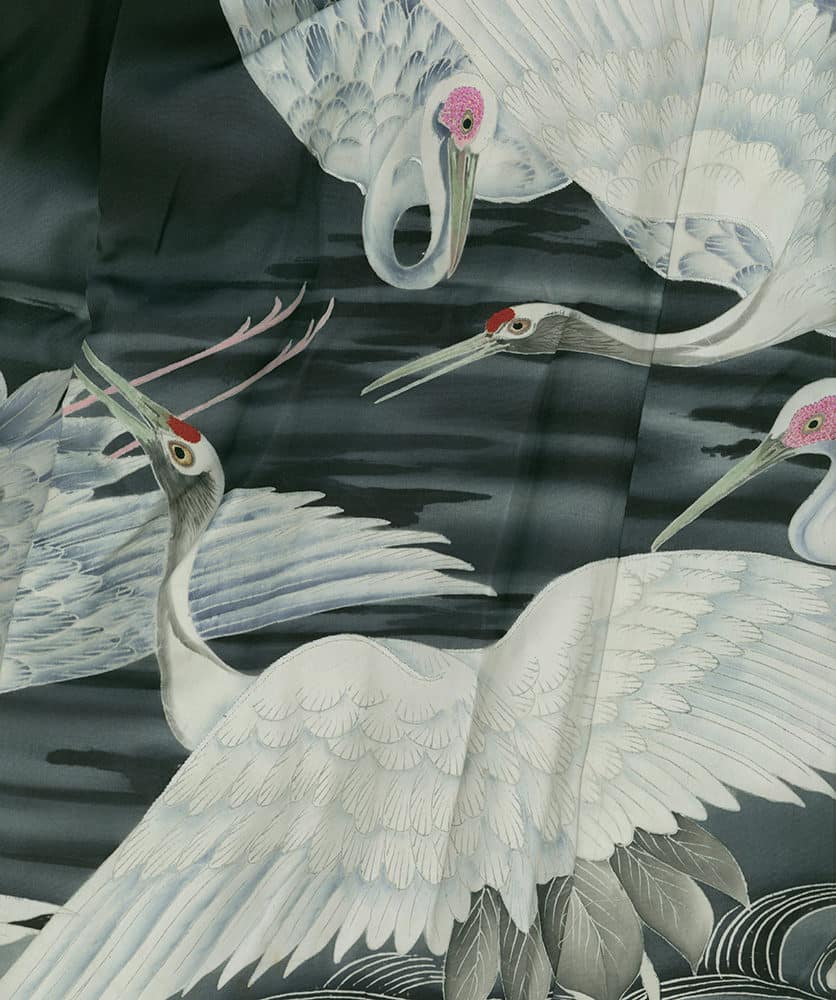 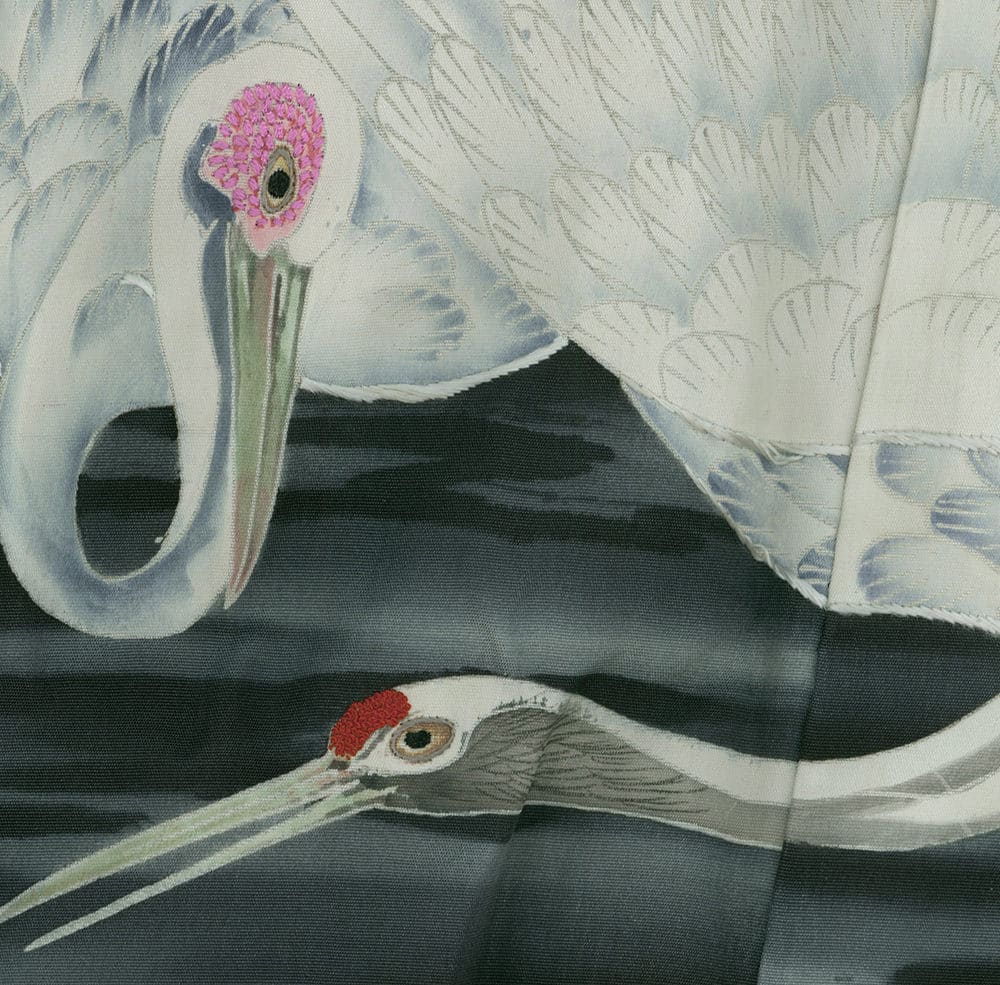 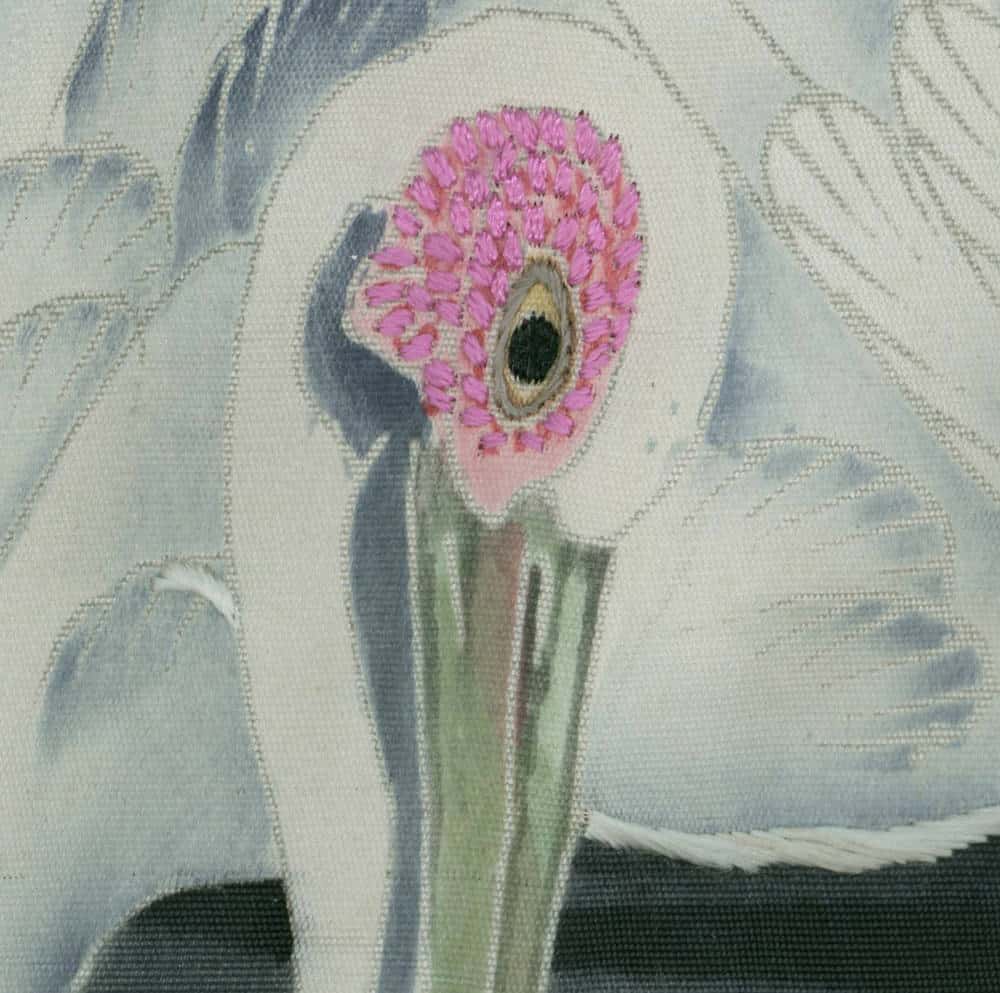 A fine silk uchikake featuring yuzen-painted cranes in flight over a raging sea. Embroidery highlights. Five mon (family crests). Some areas of subtle discoloration of the black background, one noticeable one on the front lapel. 49" from sleeve-end to sleeve-end x 62" height. The crane is one of the three major mystical animals, together with the dragon and the tortoise. Its chief symbolic meaning is long life. With their lifespan of some thirty years, cranes were thought to live not just decades but thousands of years, becoming virtually synonymous with immortality. At Japanese weddings it is a symbol of loyalty. Also associated with the qualities of honour and wisdom, cranes were believed to be intermediaries between heaven and earth, a messenger of the gods to humans, thus symbolizing the spiritual ability to enter a higher state of consciousness. Furthermore, the crane also represents a lasting soaring spirit, health, and happiness. Their white bodies stand for purity and their red heads denote vitality.  The artist who created the crane over seas scene on this kimono would have been a top artist at the time, as few extant kimonos from that period can compete with its artistry and realism. When the Edo period ended in 1868, once pre-eminent samurai warrior class was dissolved by royal decree, leading to the a career problem for the great artists who once painted for this military aristocracy.  Perhaps it was one of these great artists that was commissioned to 'paint' this extraordinary wedding robe.

Price:
$
35,000.00
US
Available: Inquire
GalleryOrderingContactAbout UsGallery StatementNewsGlossary
Copyright © 2023 Yorke Antique Textiles
Thank you! Your submission has been received!
Oops! Something went wrong while submitting the form.