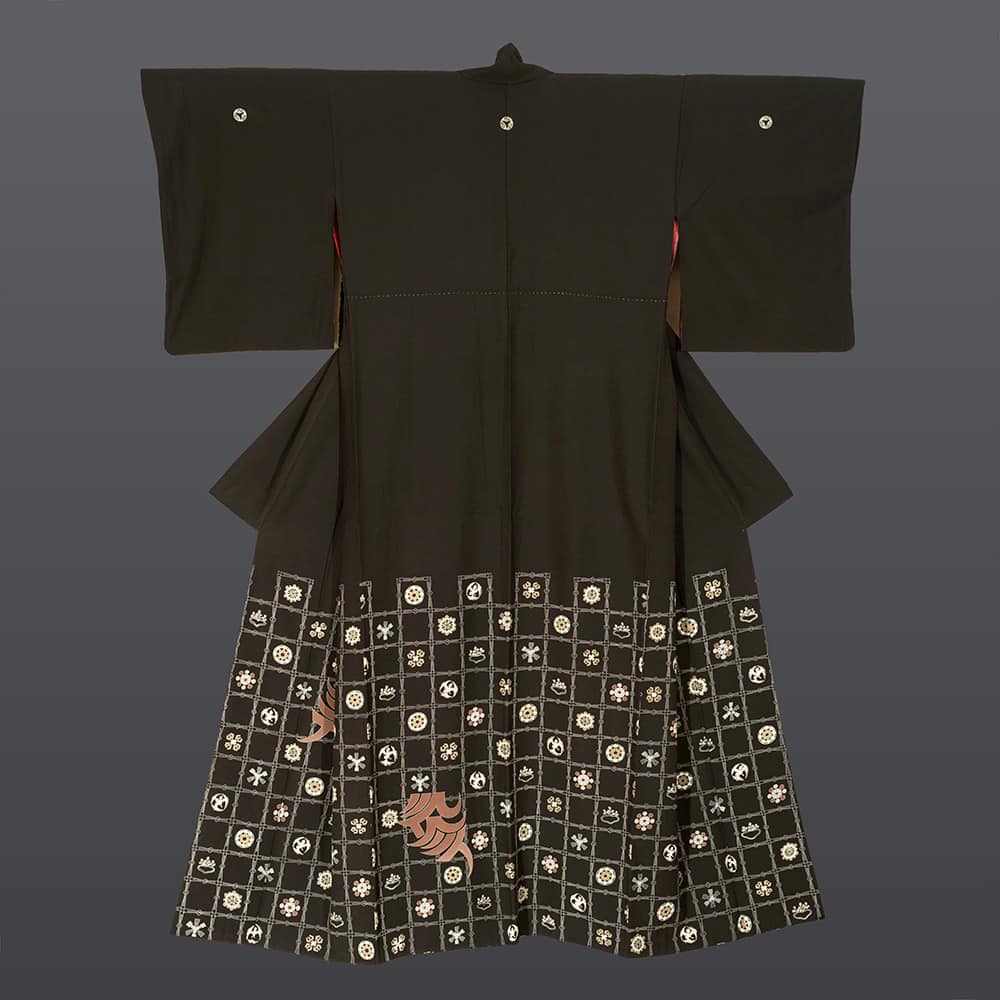 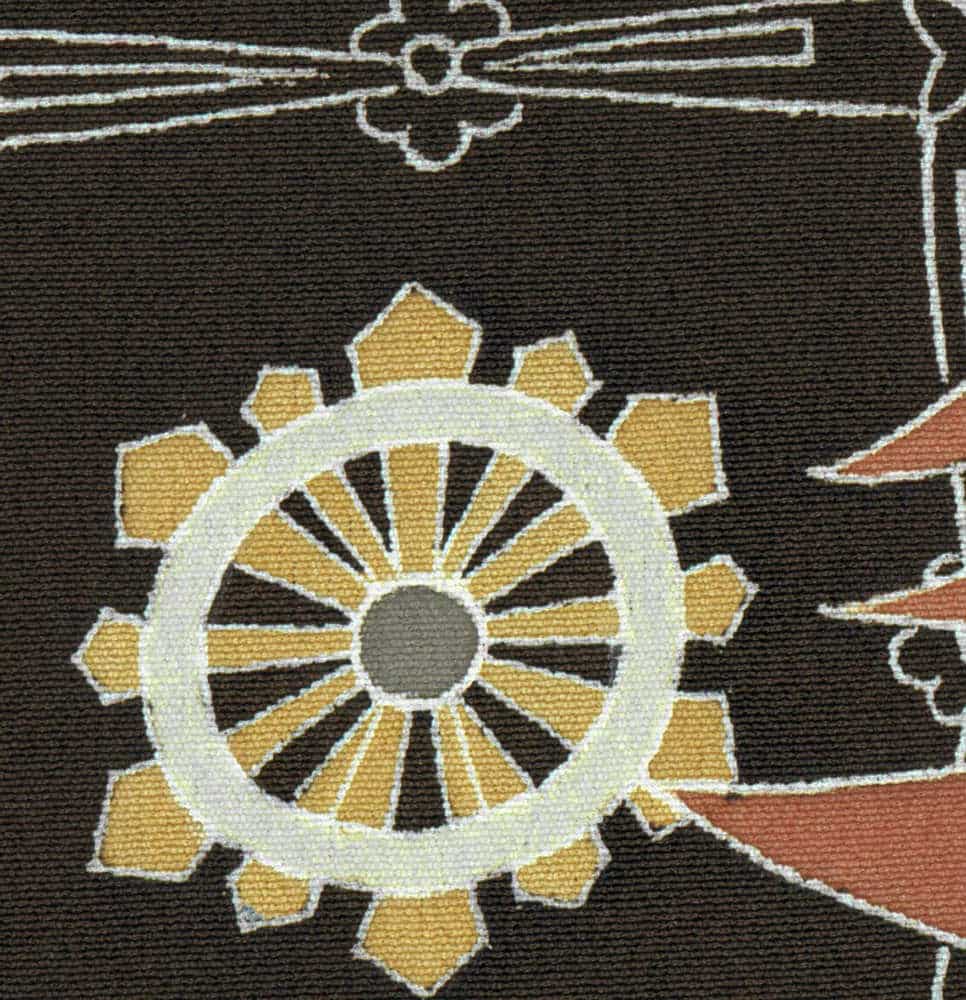 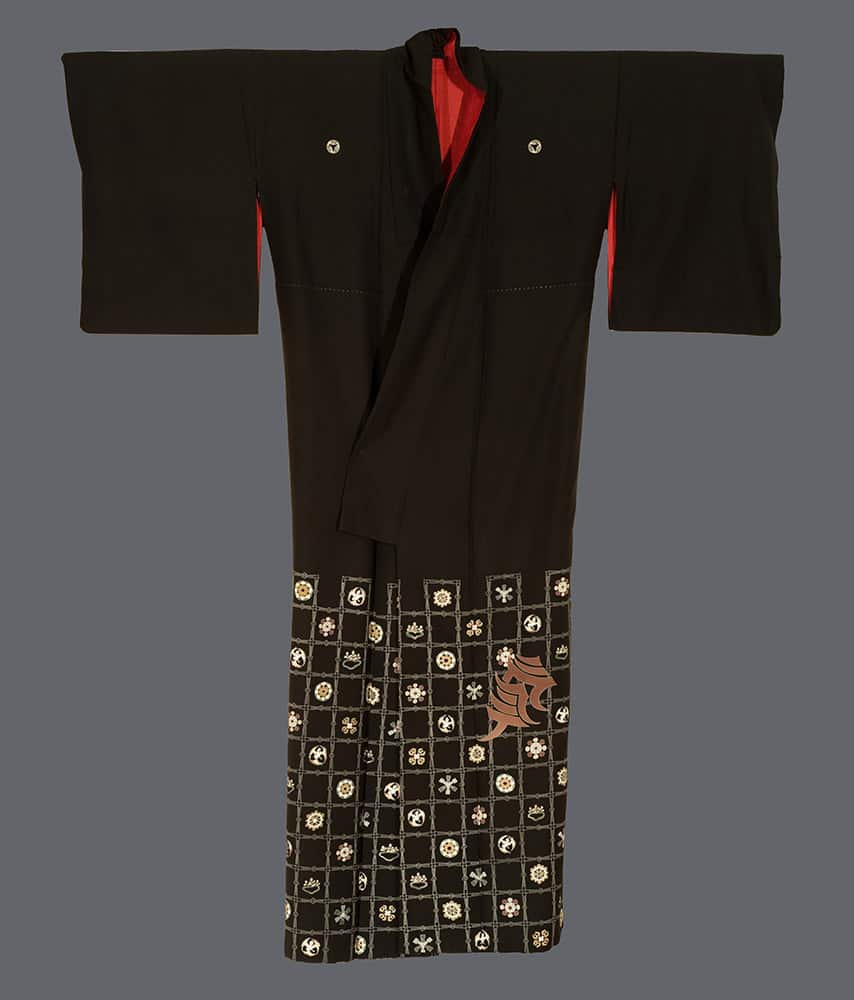 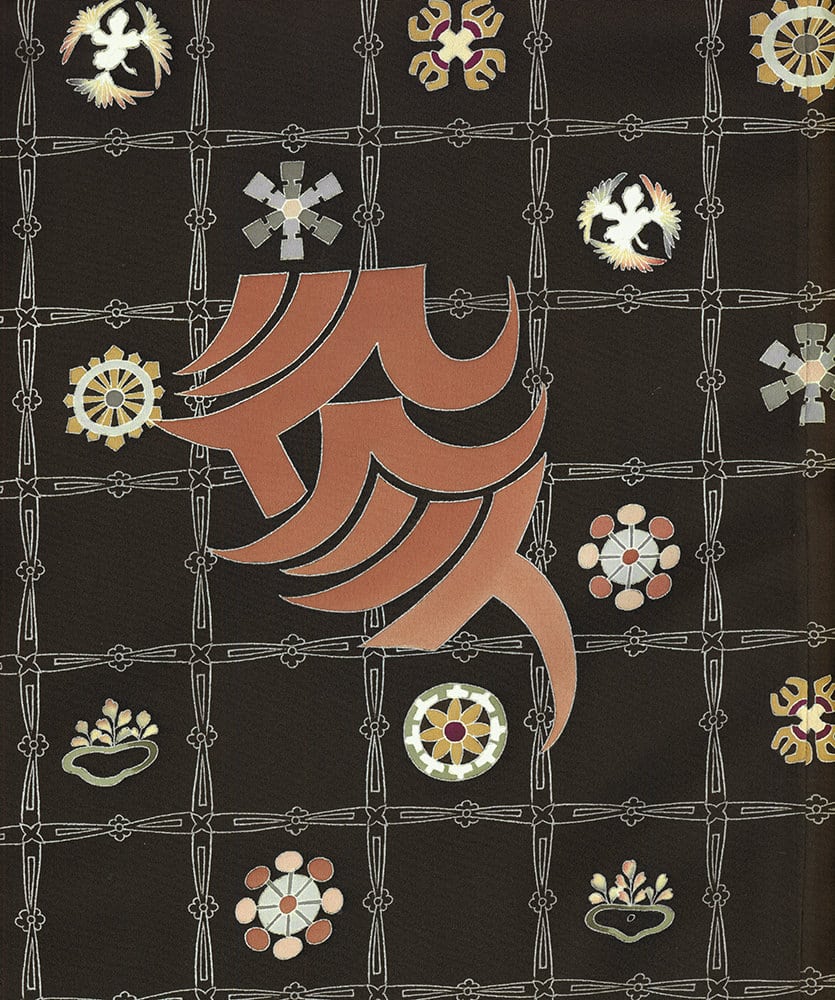 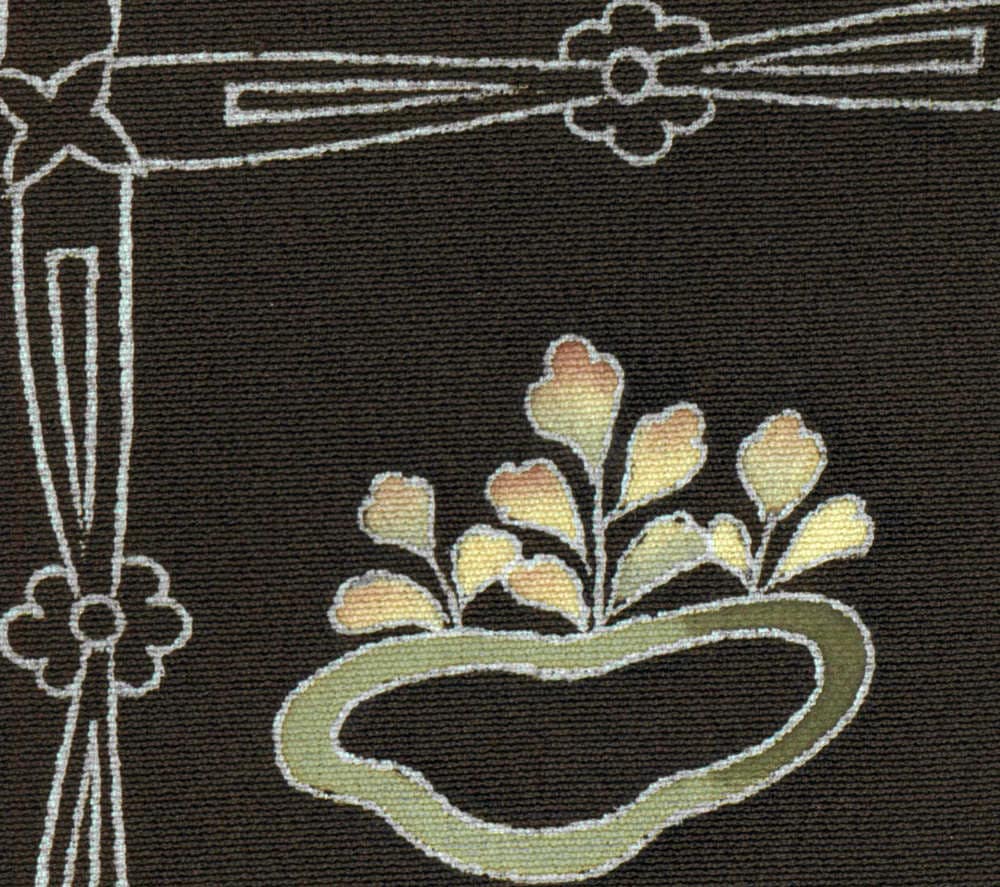 A tall silk ceremonial kimono featuring a very rare and unusual design of rows of small yuzen-painted crests. Five mon (family crests) that are of a rare and unknown symbol. 50" from sleeve-end to sleeve-end x 64" height. This is one of the most unusual and mystifying kimonos in our collection. Like a kurotomesode, all the pattern-work was created below the waist. Uniquely, this patterned area fills the entire bottom third of the garment, taken the shape of a checkerboard-type design with about 300 squares and 150 motifs. There are seven different motifs among the 150, as well as two large Kanji characters superimposed over the chequered design. Surprisingly, all the motifs are is hand-drawn and carefully yuzen-painted. There are about 20 examples of each particular motif, but each is different in small but discernable ways. Even the many lines that divide the chequered design are very carefully penned in with a white sumi-style ink -- the detailed image reveal that these dividing lines are not simple lines, but complex narrow drawings. This kimono must have taken several months to complete by extremely patient craftspeople, so would have been a very expensive robe to commission. What was this kimono used for? There is nothing else that we have seen in museums or private hands that is similar. We do know that one of the seven motifs on this kimono represent the Buddhist Sacred Wheel. Originally a weapon in ancient India, with swords as spokes, was adopted by esoteric Buddhism and used in ceremonies such as taking of vows. It symbolized both the wheel of the Law, and smoothing the path before one, or breaking down the enemies in one's own mind. A second motif - with alternating pink and red circles around a central disc - represents the stars. This star motif was popular among the aristocracy of centuries ago. As this motif has eight stars, it shows an association with the worship of Ursa Major, adopted during the Heian period and gradually worked into Buddhist belief - and particularly belief in the protective war deity Myoken. Thus two of the seven motifs - the only ones that we can decipher at this time - represent Buddhist belief. Perhaps this tall kimono was worn by an upper-class married woman for a Buddhist ceremony.