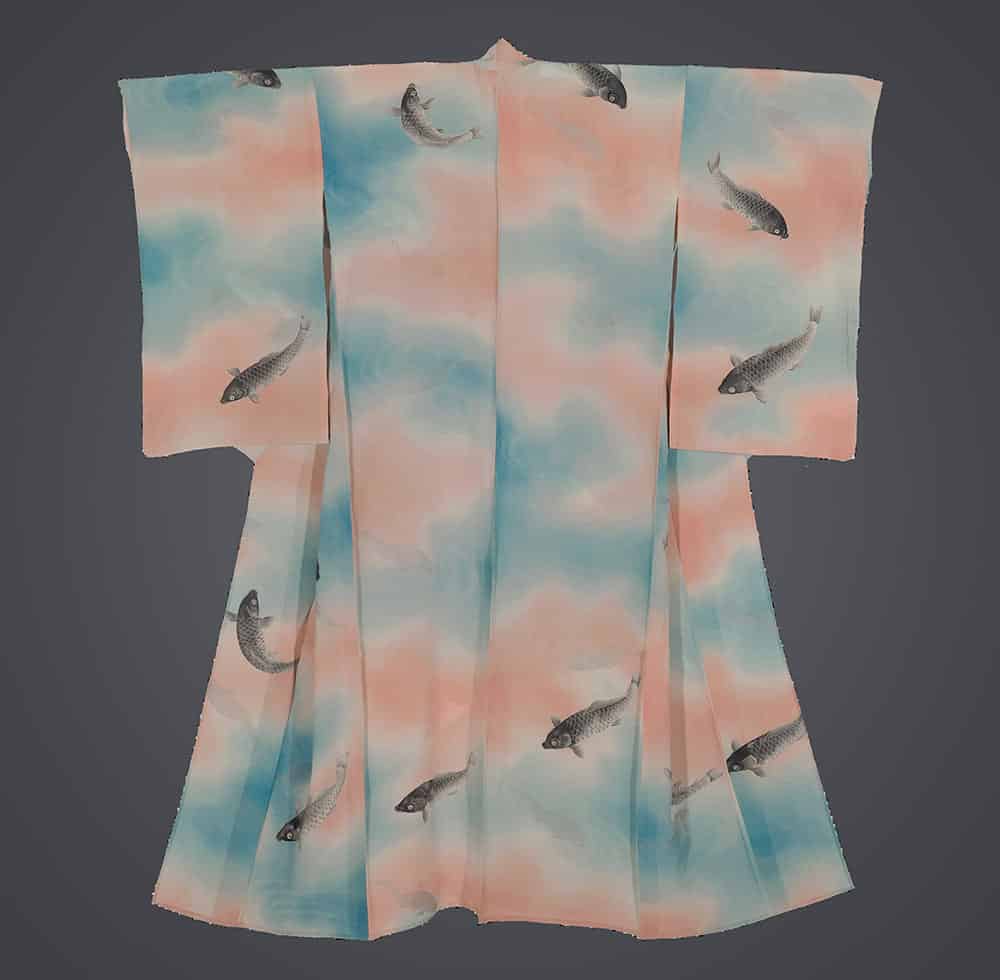 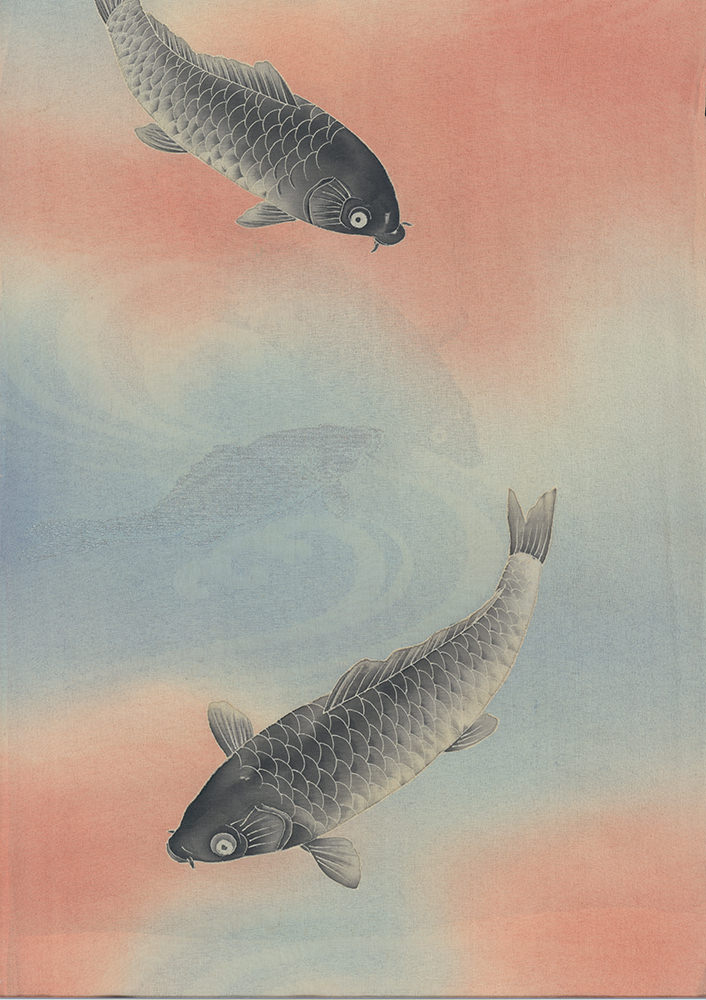 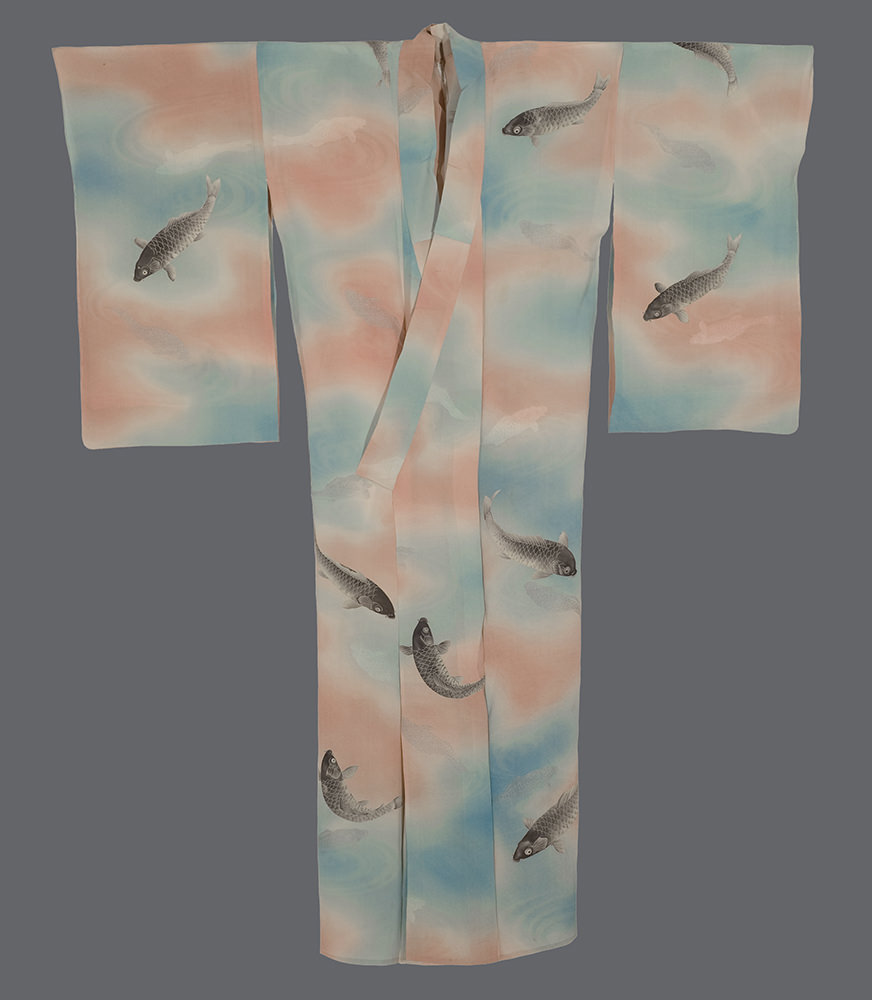 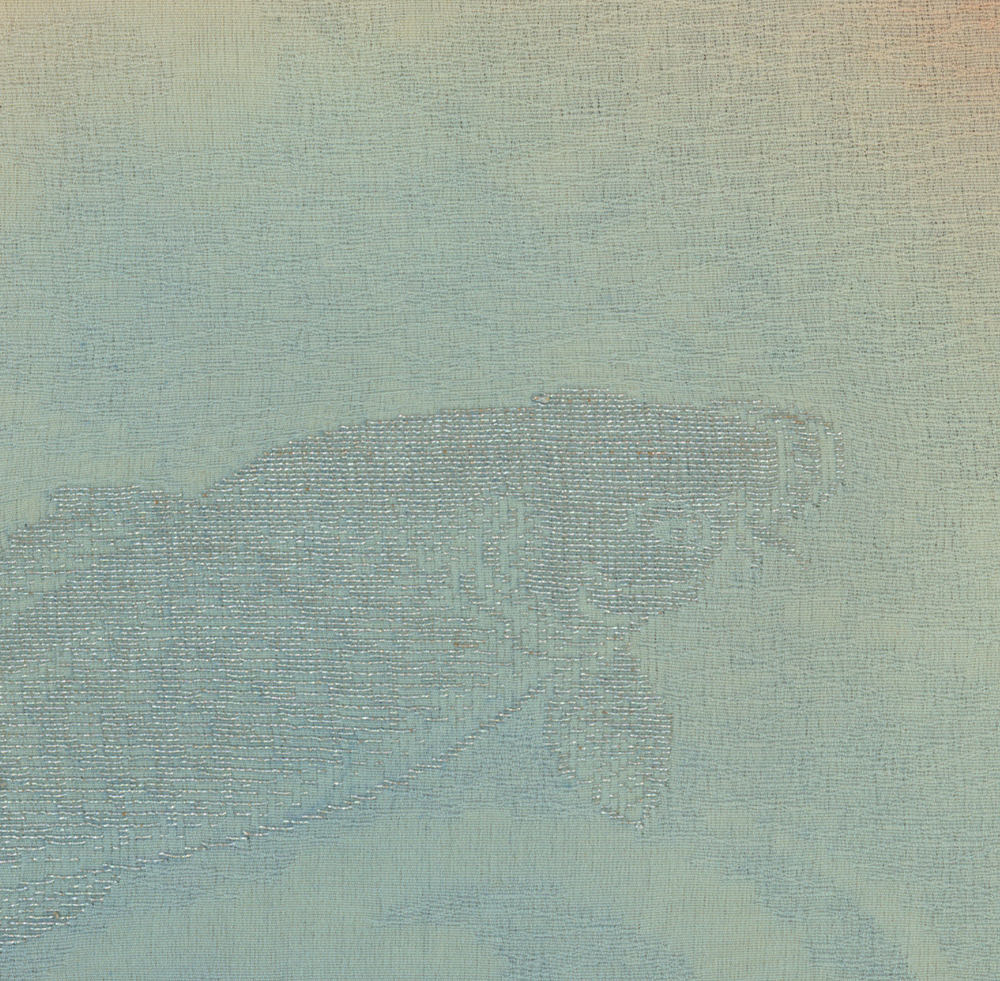 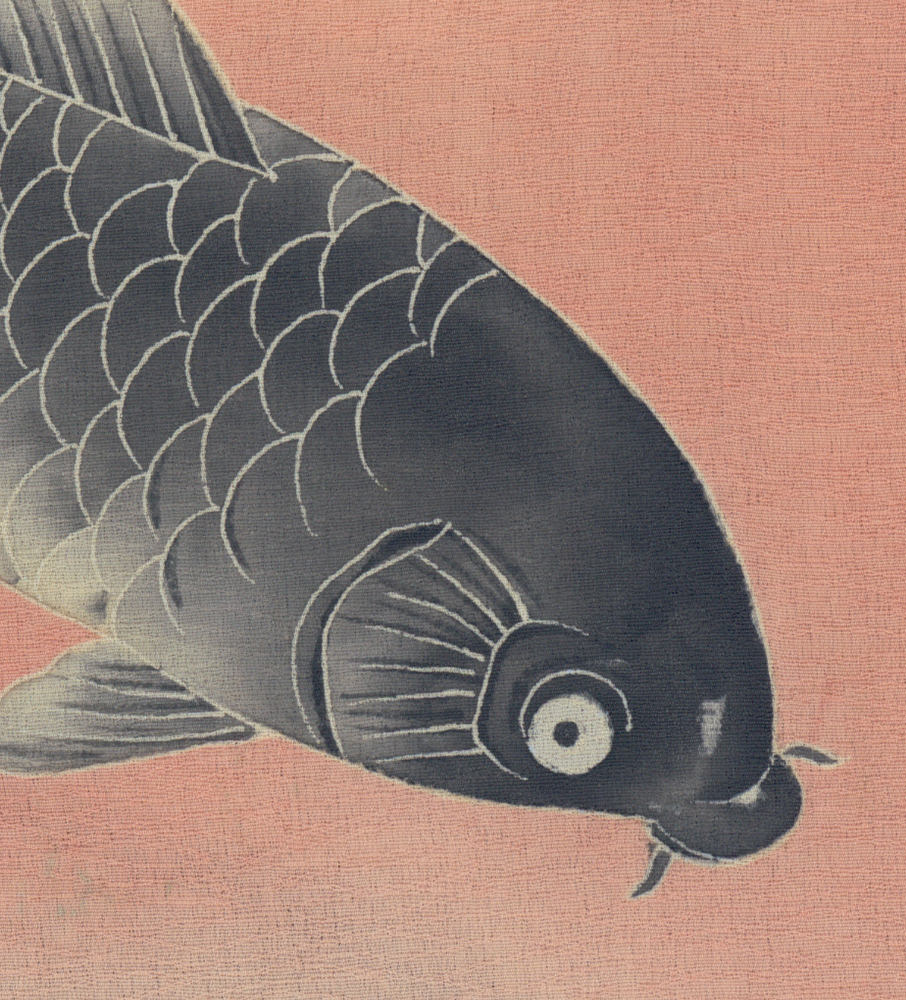 A stunning sheer kinsha silk hitoe summer kimono featuring embroidered and yuzen-dyed carp motifs.   50" from sleeve-end to sleeve-end x 57" height.  Carp are known as 'koi' in Japan, and are regarded as the most auspicious of fishes: in the context of this woman's kimono, the carp motifs symbolize love and friendship towards ones lover.  Japanese tradition also has the carp representing strength and survival, as well as honouring one's taking an independent path in life. This kimono was obviously created at great expense by master artisans over a considerable period of time.   The very fine crepe silk that was used for this kimono was no longer made after the mid-20th century, and we have never seen this particular type of kinsha: it was woven with a rinzu (damask) pattern, with the water patterns of plain crepe and the remainder a pronounced abstract ribbed texture (please look closely at the detail images). The carp were created by three different means: the carp that appear at the furthest distance - barely perceptible - are embroidered of white thread; those a little closer with silver metallic thread, while the seventeen dark carp in the foreground were intricately painted on via the time-consuming yuzen-dyeing technique.   The white and silver carp are embroidered on the silk using what is called the 'fuzzy effect' technique.  Considered the technique of highest dignity in Japanese embroidery, 'fuzzy effect' is worked by laying parallel stitches that do not touch, allowing the background fabric to show through and creating as in this case an extremely subtle effect.