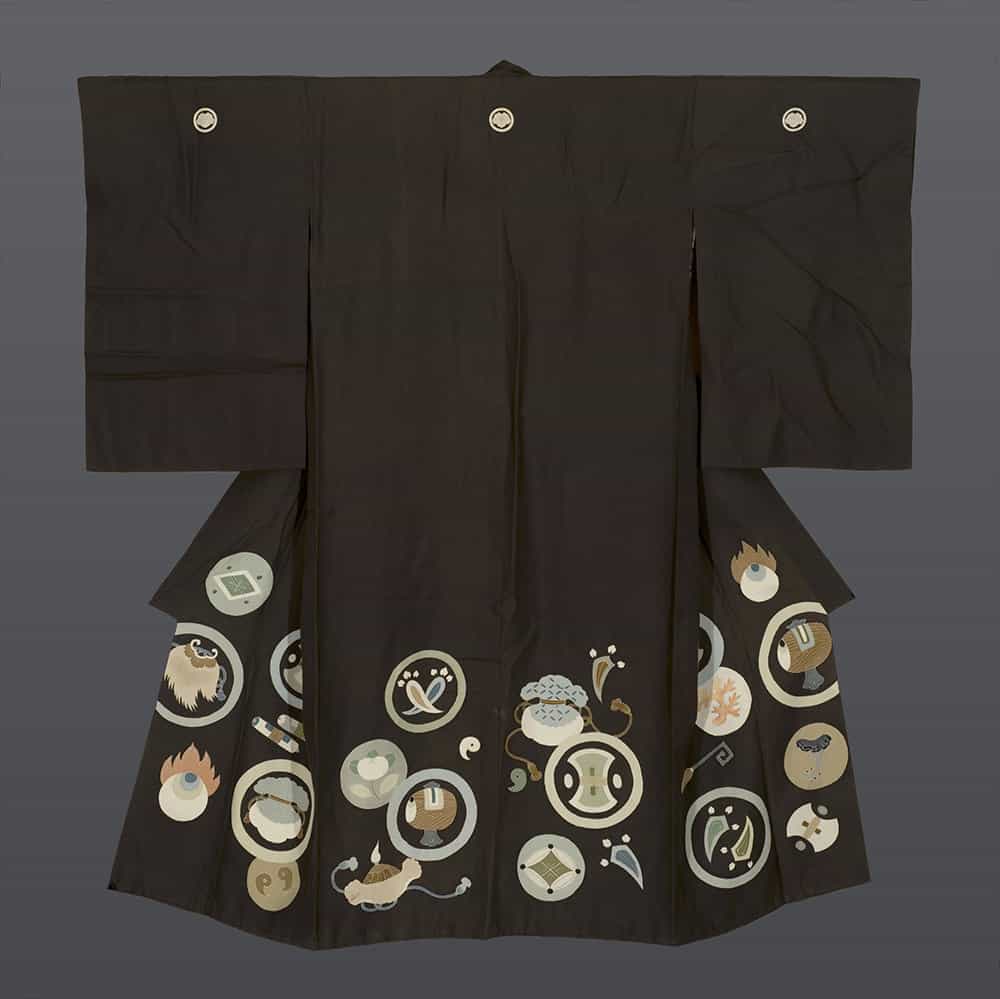 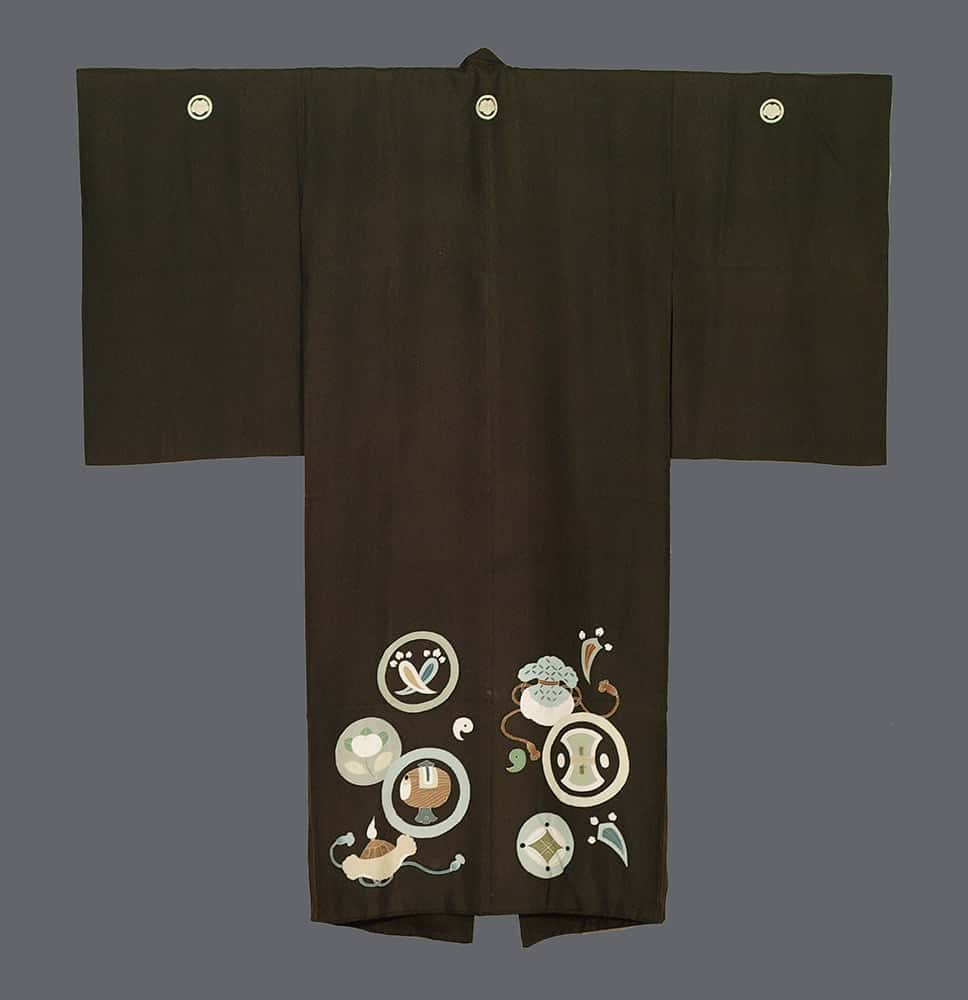 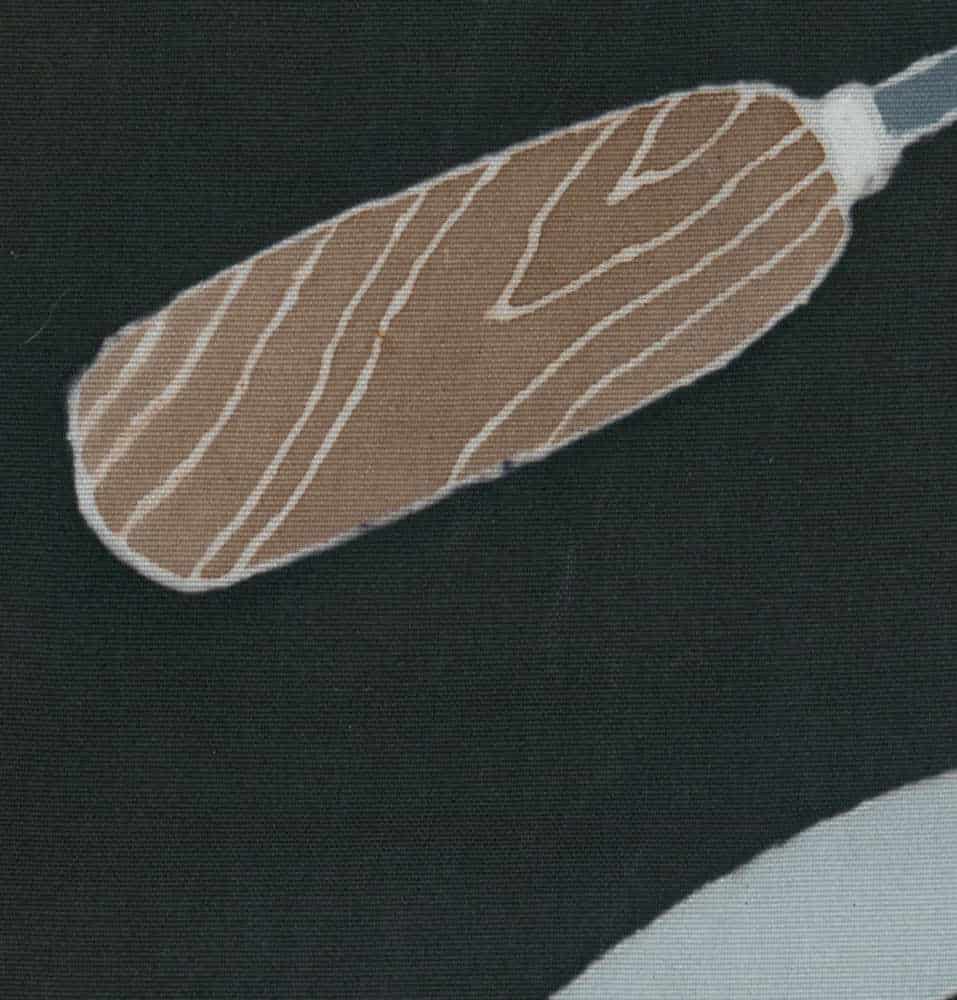 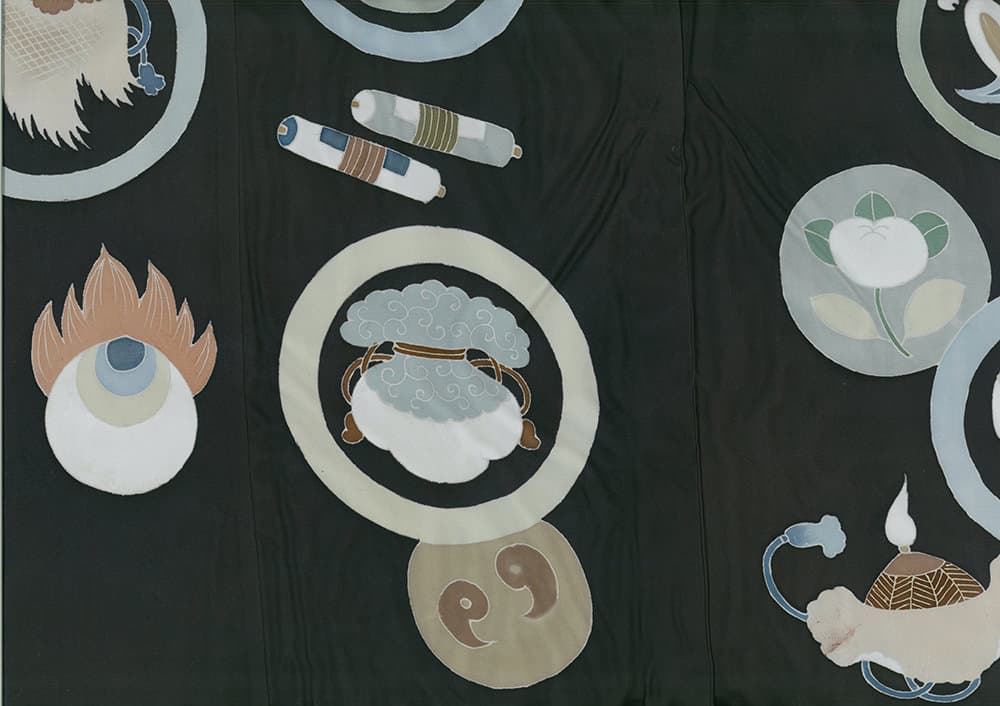 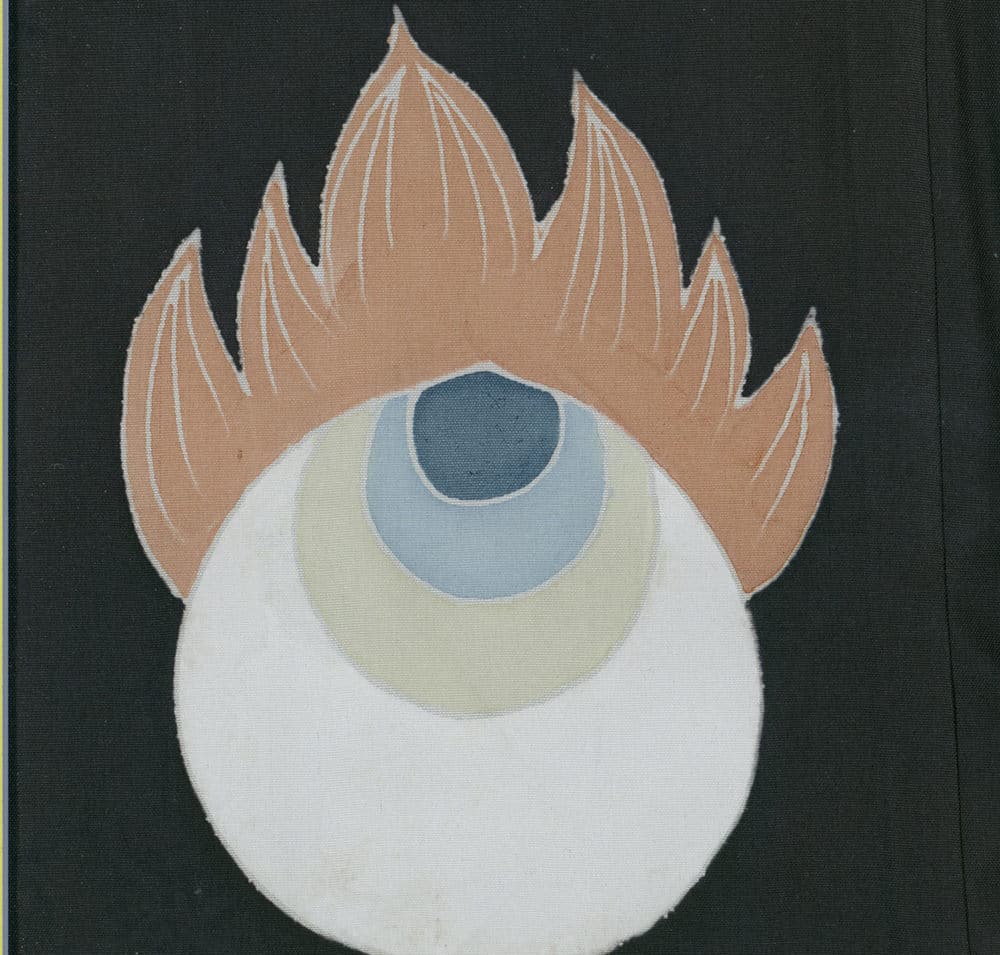 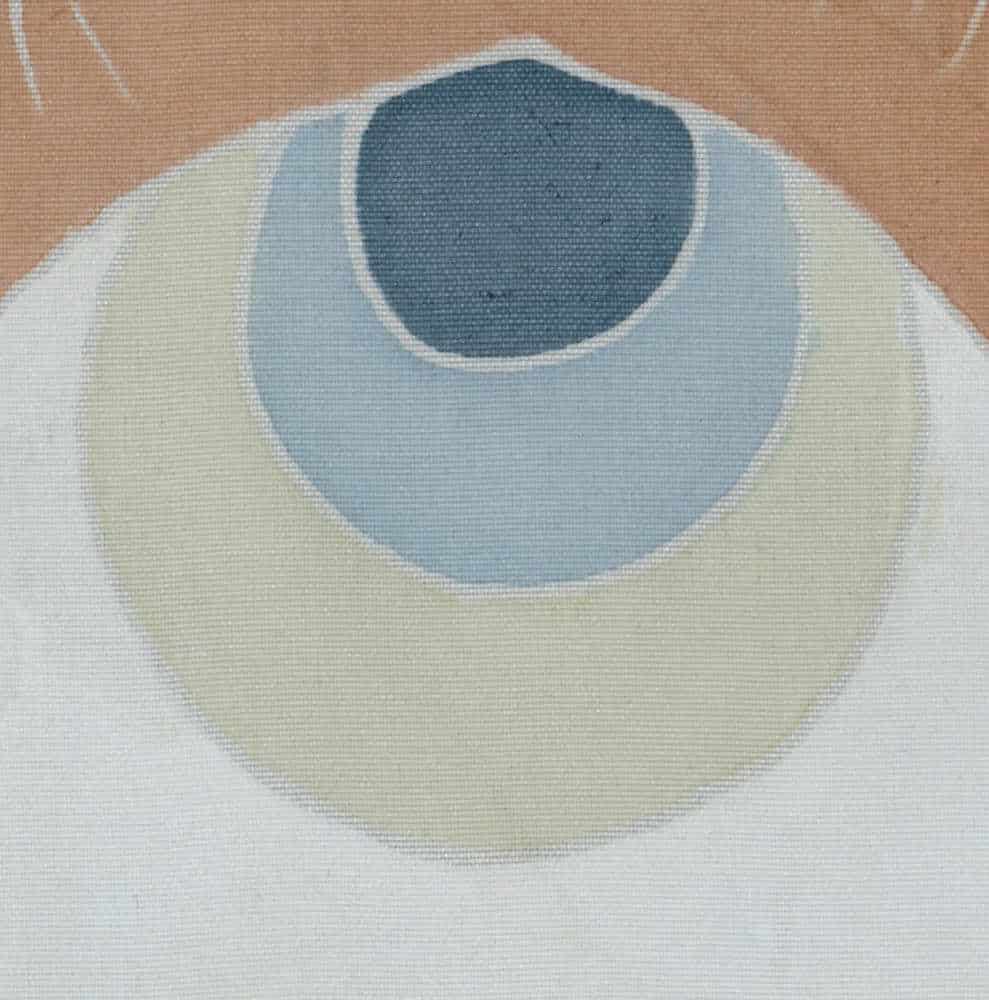 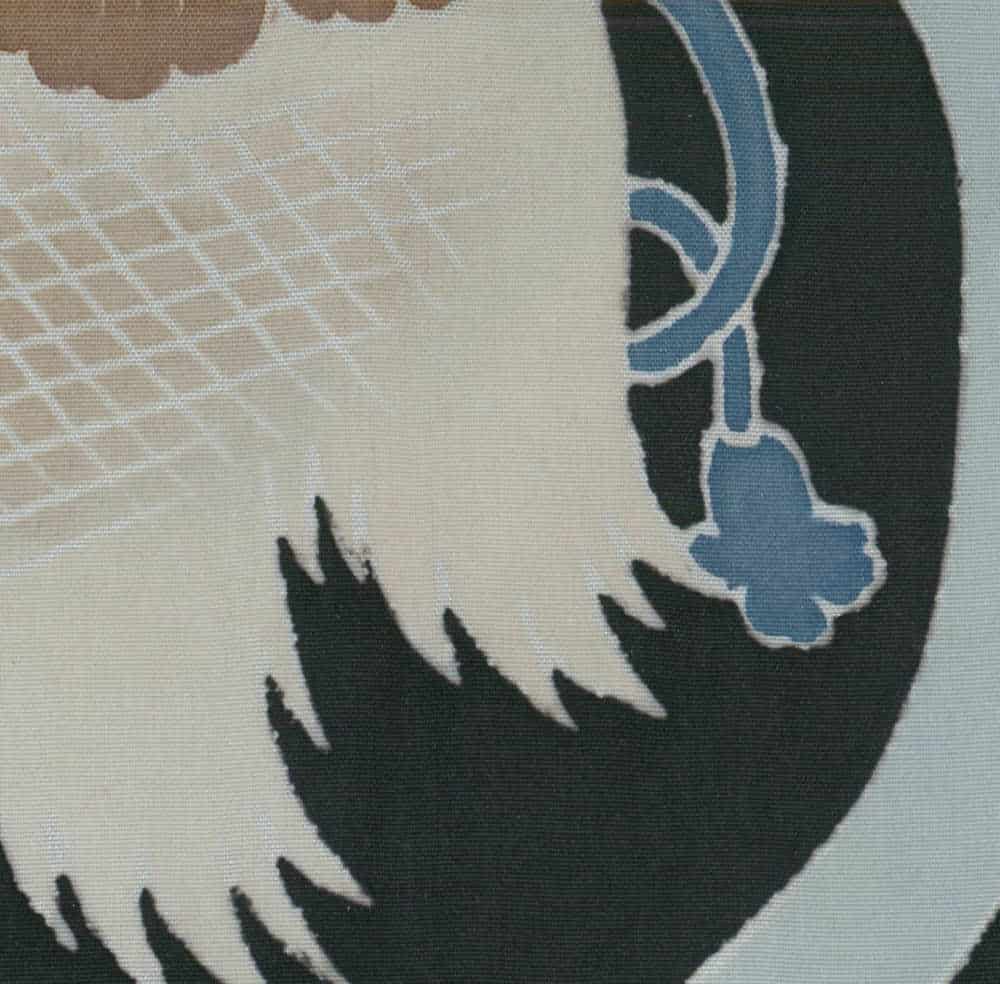 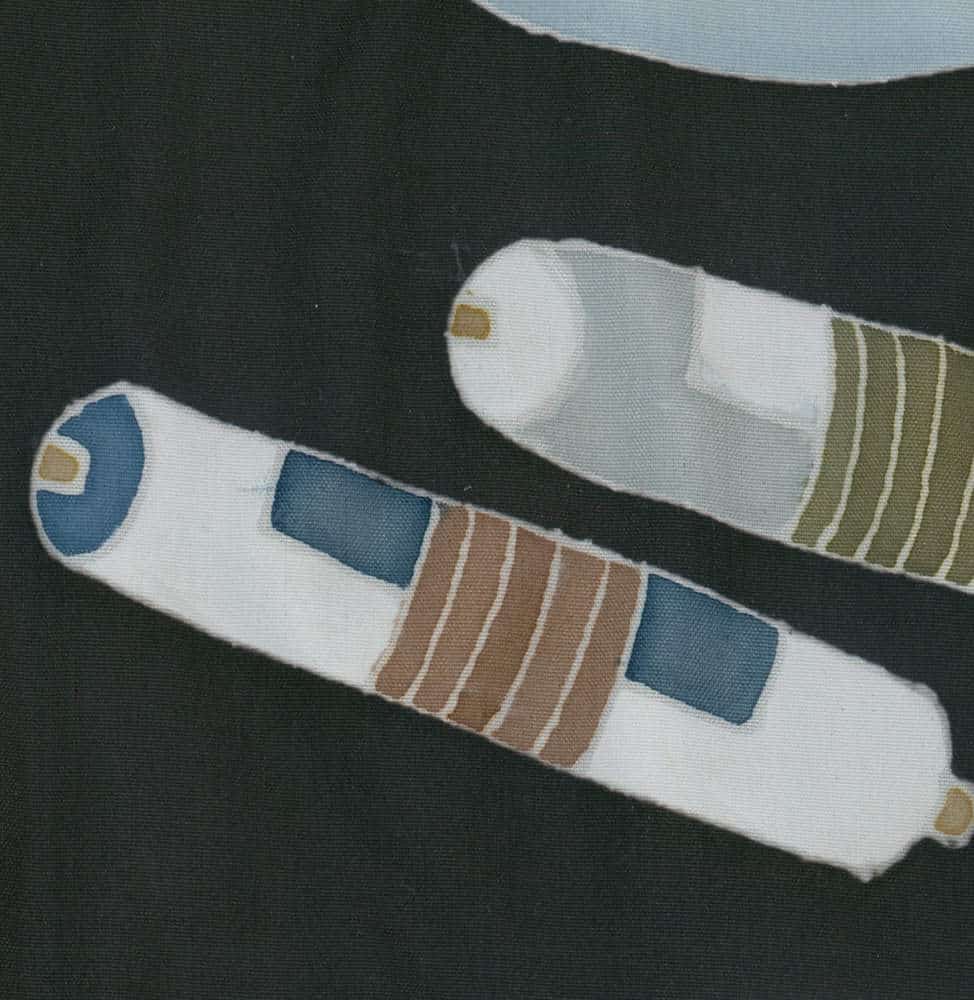 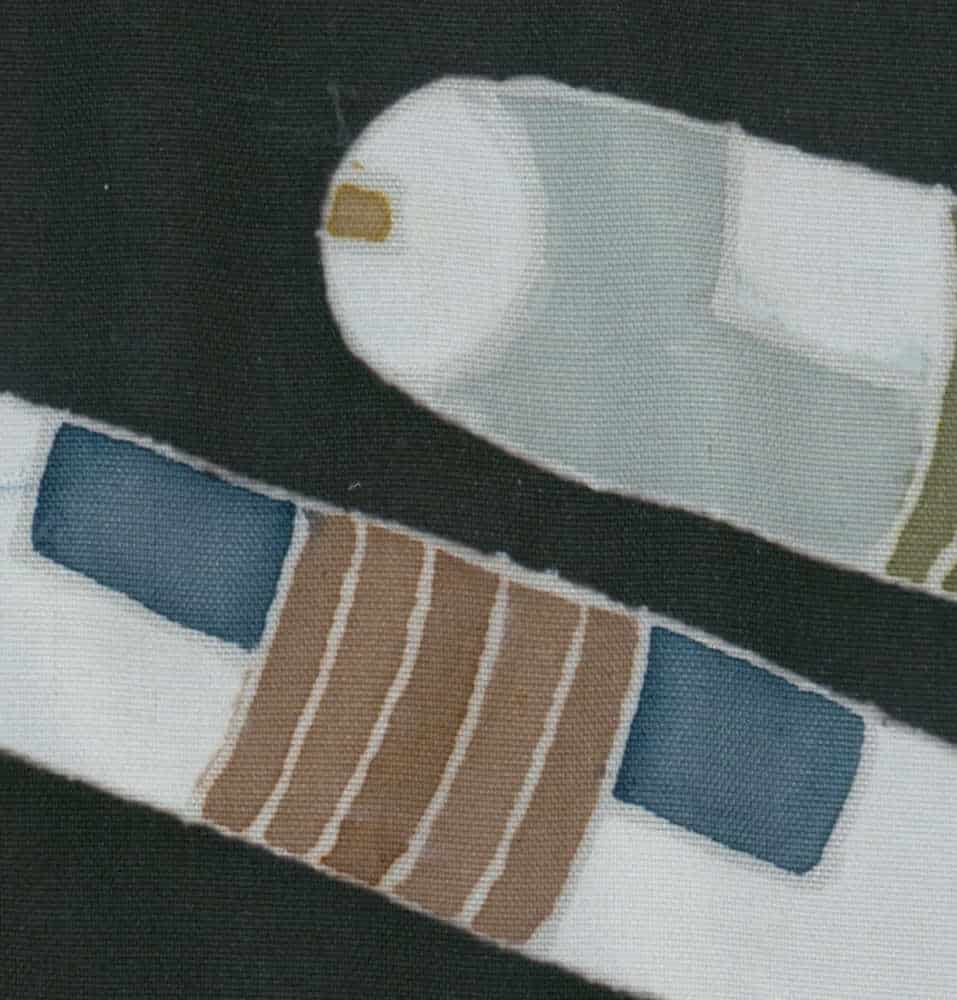 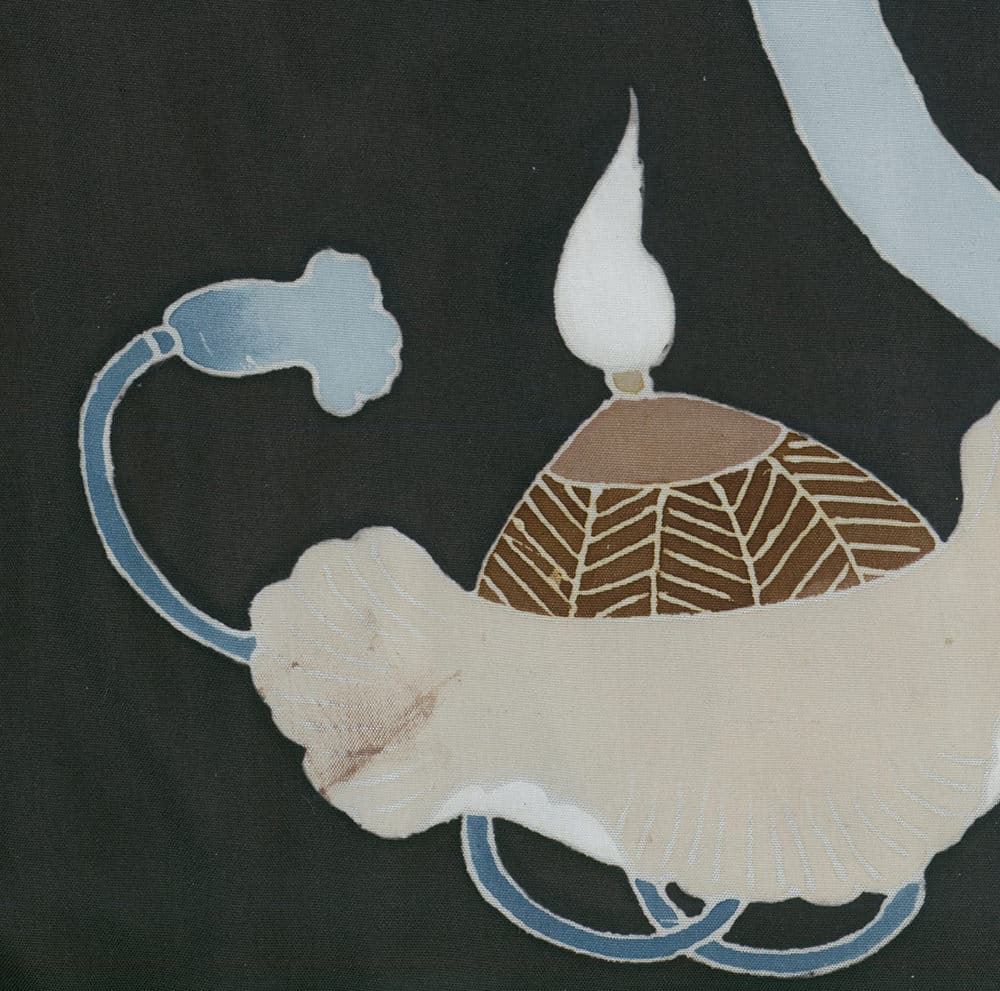 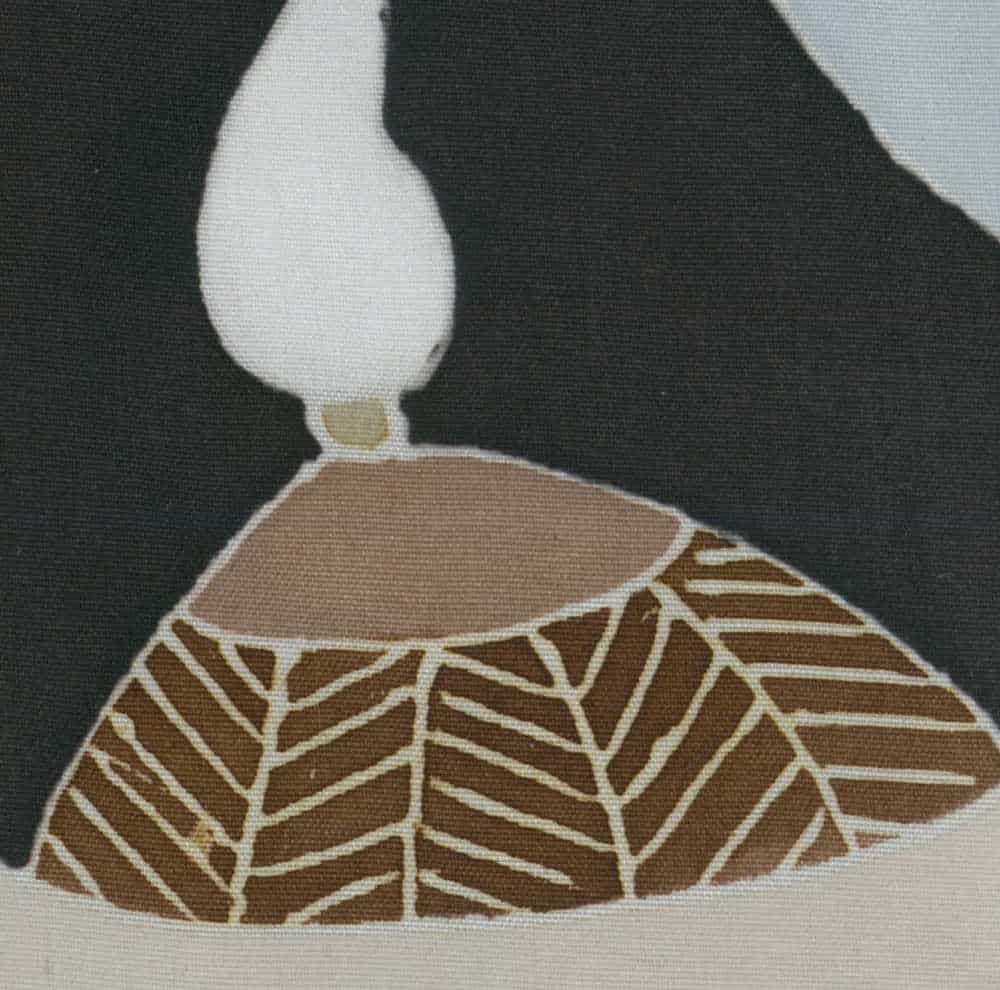 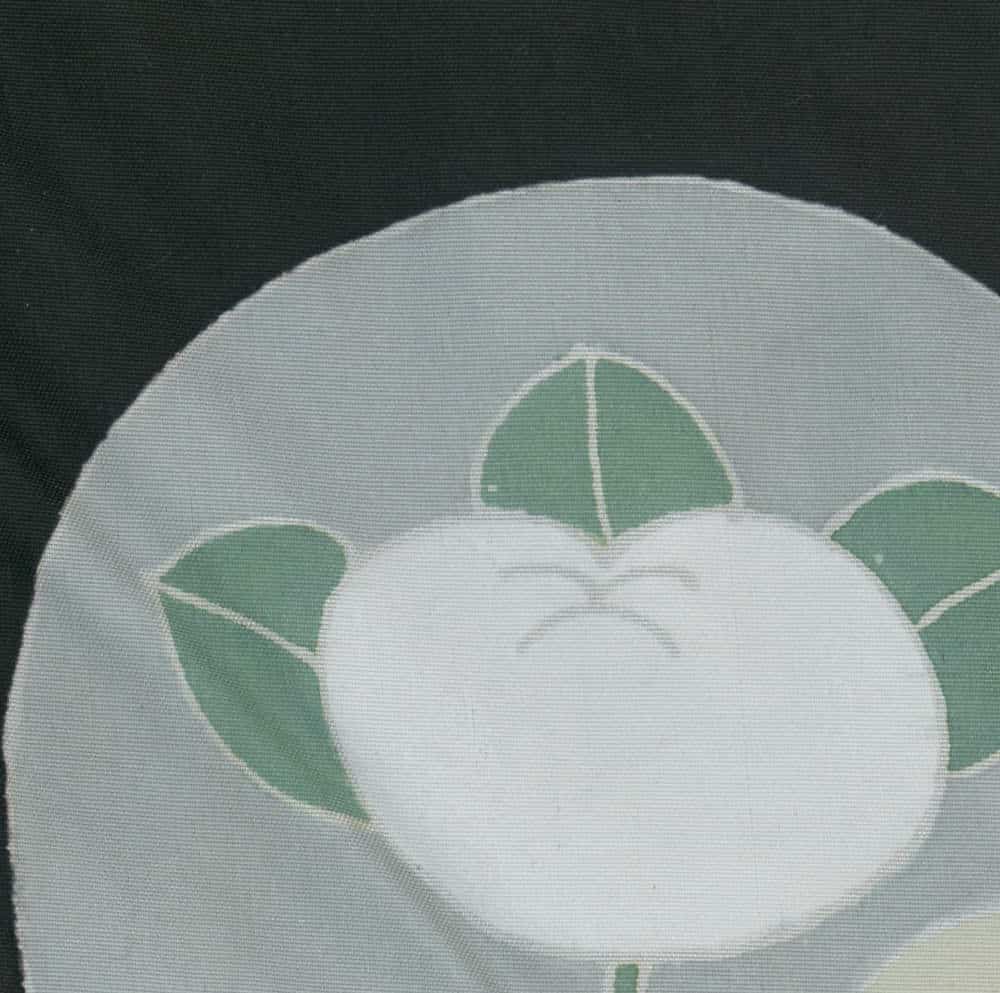 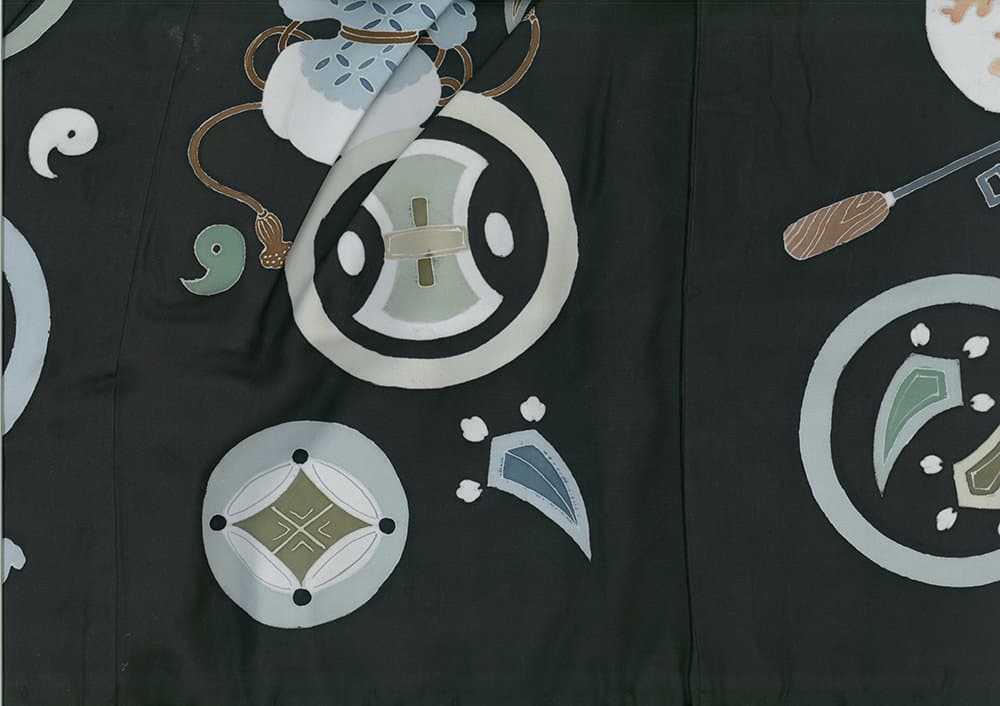 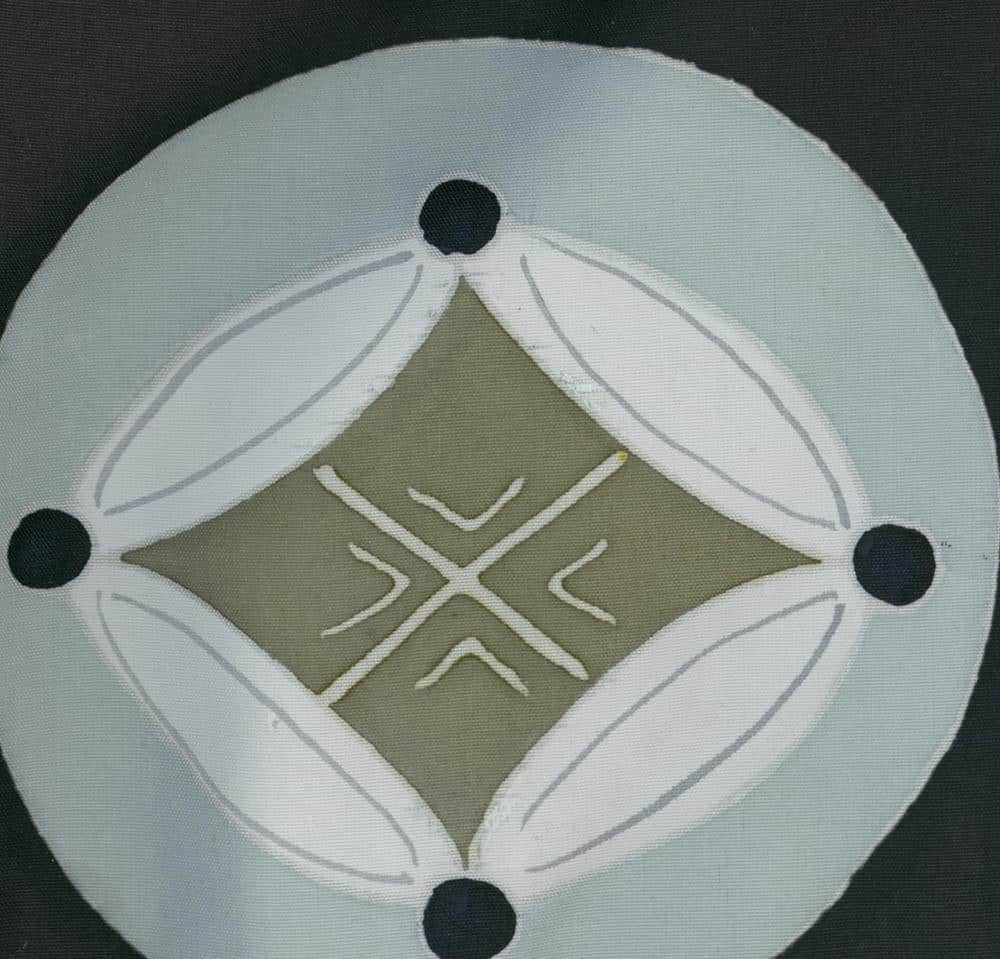 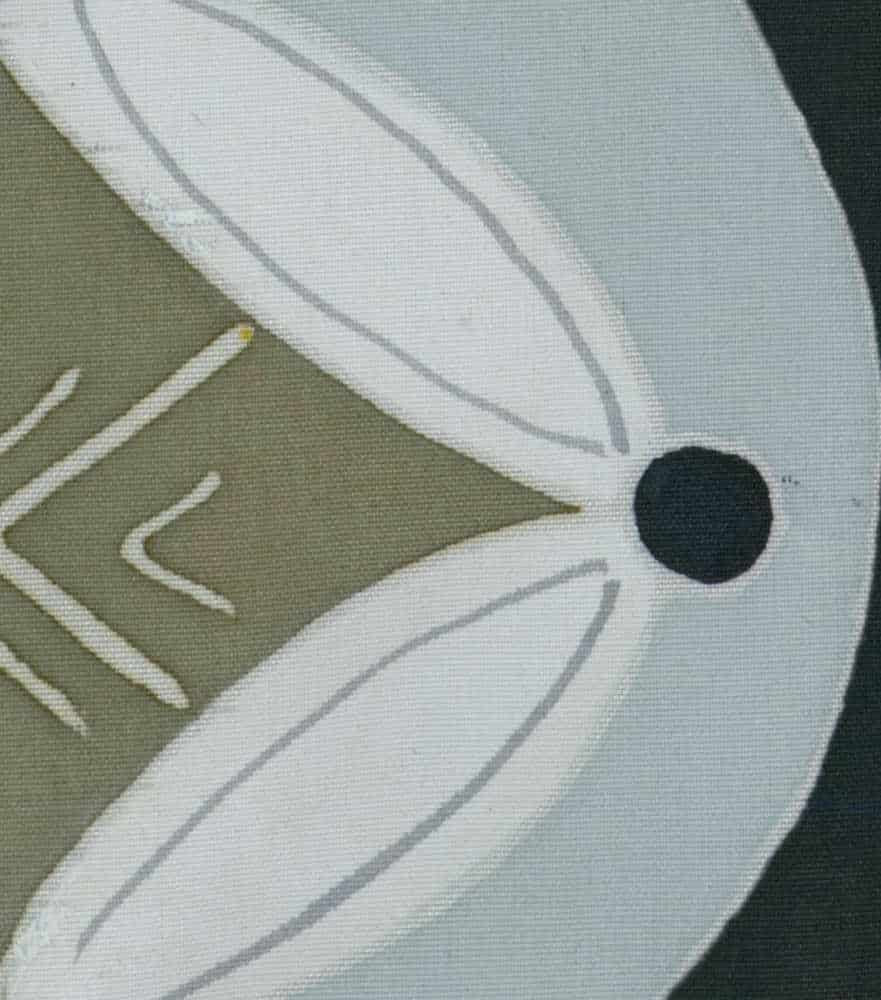 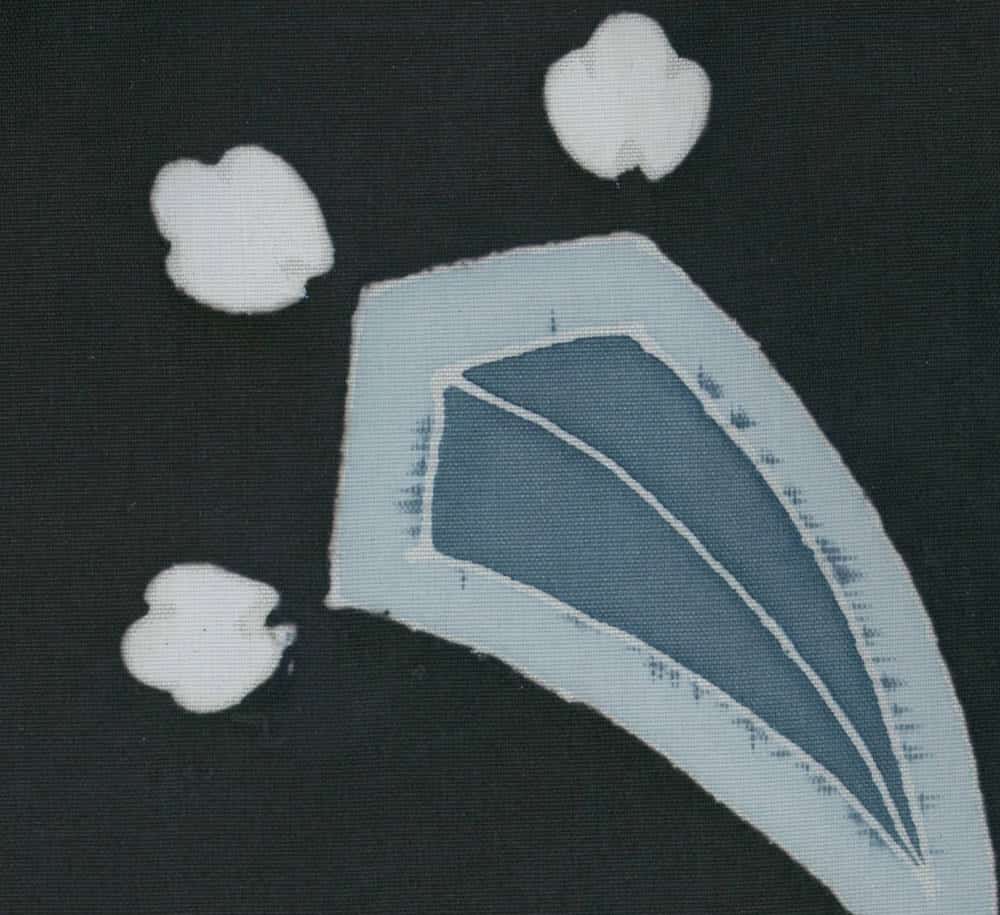 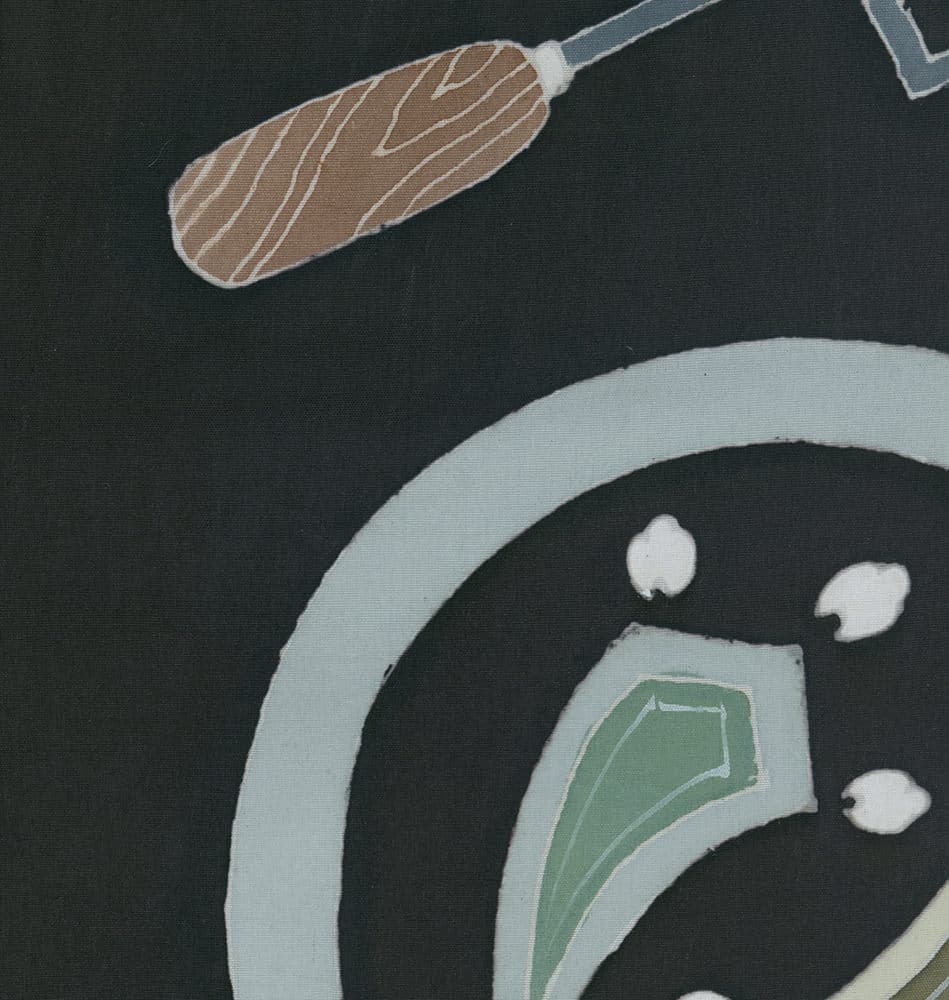 A small, unusual silk ceremonial kimono featuring yuzen-painted Myriad Treasure motifs. Five mon (family crests). 44" across sleeves x 45" height. The five family crests indicates that this was the most formal of kimonos, and the small size suggest that it was worn by an 12 to 14 yr old. It was likely worn by a male, as the motifs used were more uncommon for female garments. All the motifs on this kimono represent "takara", auspicious magical items that form parts of what is called the Myriad Treasures. The Myriad Treasures (takaramono) are associated with the Seven Gods of Good Luck, who carry them in a sack, and are said to ensure prosperity, long life, and general good fortune. These treasures include organic items such as mandarin oranges, cloves, coral branches, rhino horns, and shells; deity-made symbols of good fortune, which include the hat and raincoat of invisibility, the purse of inexhaustible riches, a feathered cape, the endless knot, and the wish-granting gem; practical but auspicious man-made ones such as coins, an anchor, and a weight; as well as objects representing the cultured life, including brocades, koto bridges, a flat fan, and scrolls.. Motifs of scattered treasures -- as in this instance -- with neither the gods nor the Ship of Good Fortune present, treat the treasures collectively but usually only show a representative sampling. This formal kimono was probably commissioned by a wealthy family, so that a son could don it for New Years festivities, as the Myriad Treasures are associated with that time of year. This kimono it is rare in size and style, so it is presumed that not many Meiji-period Japanese families could afford this luxury.