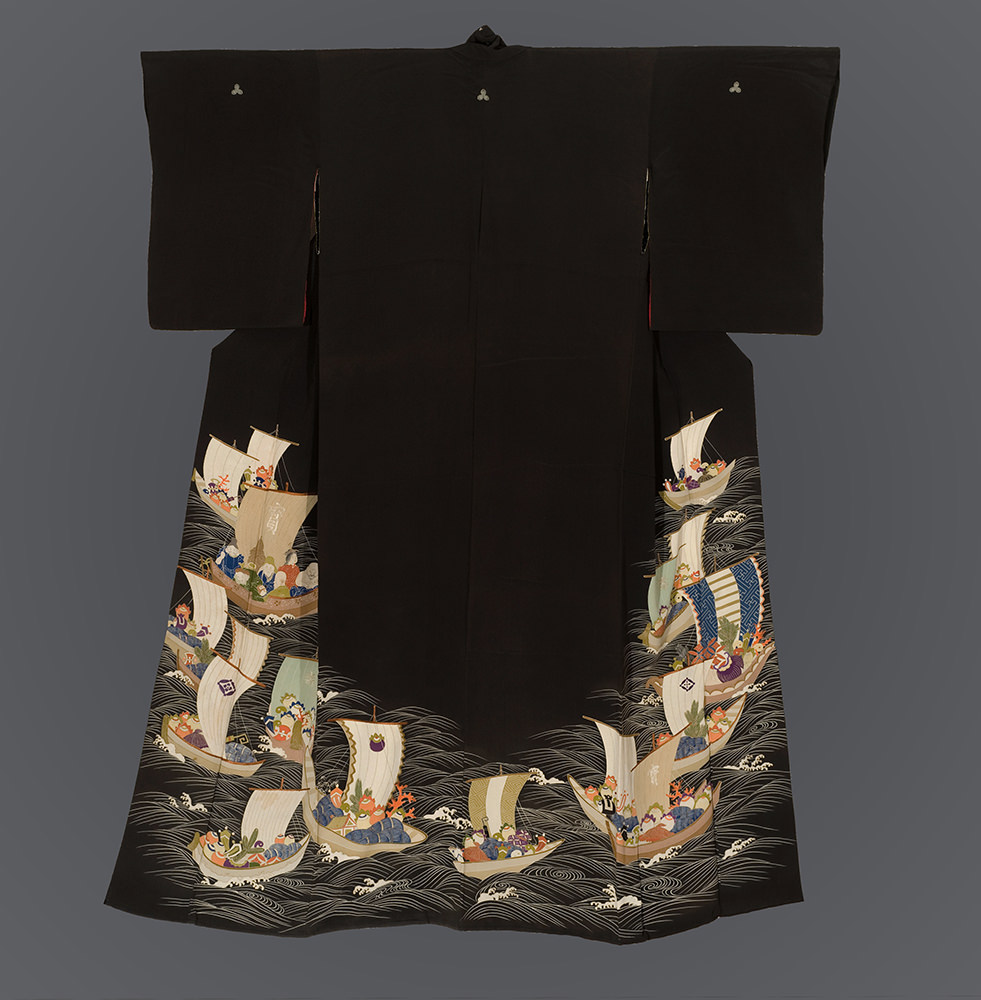 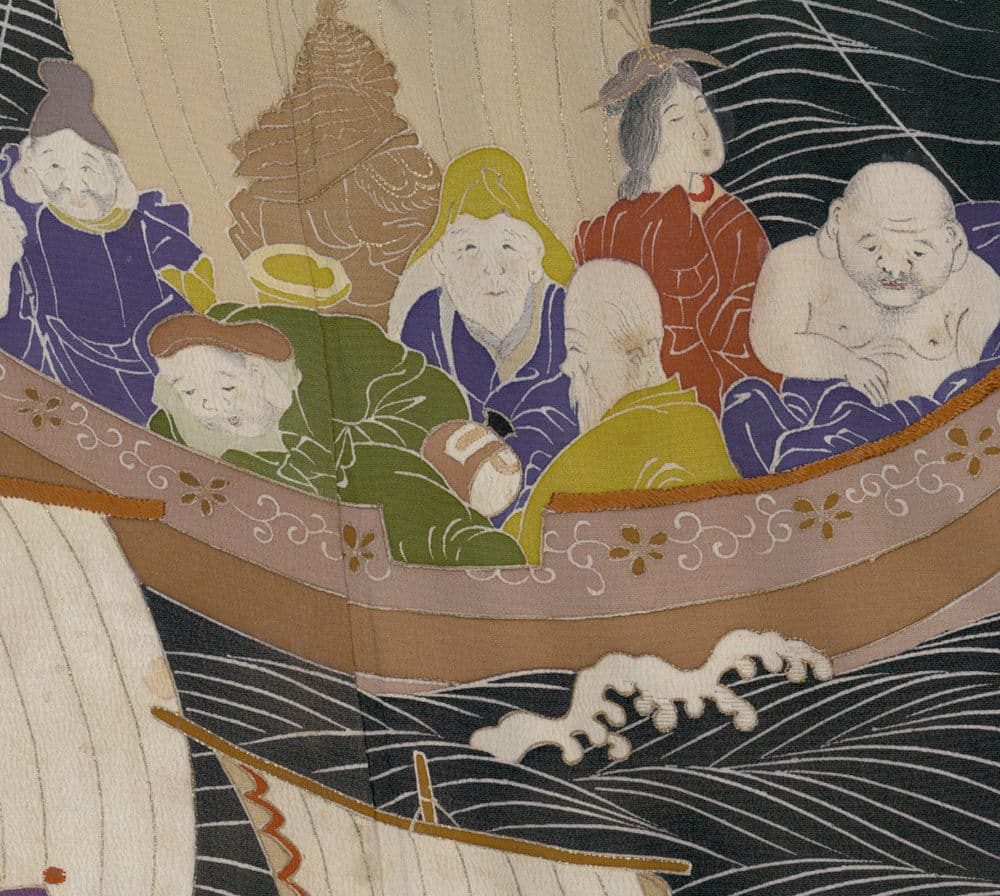 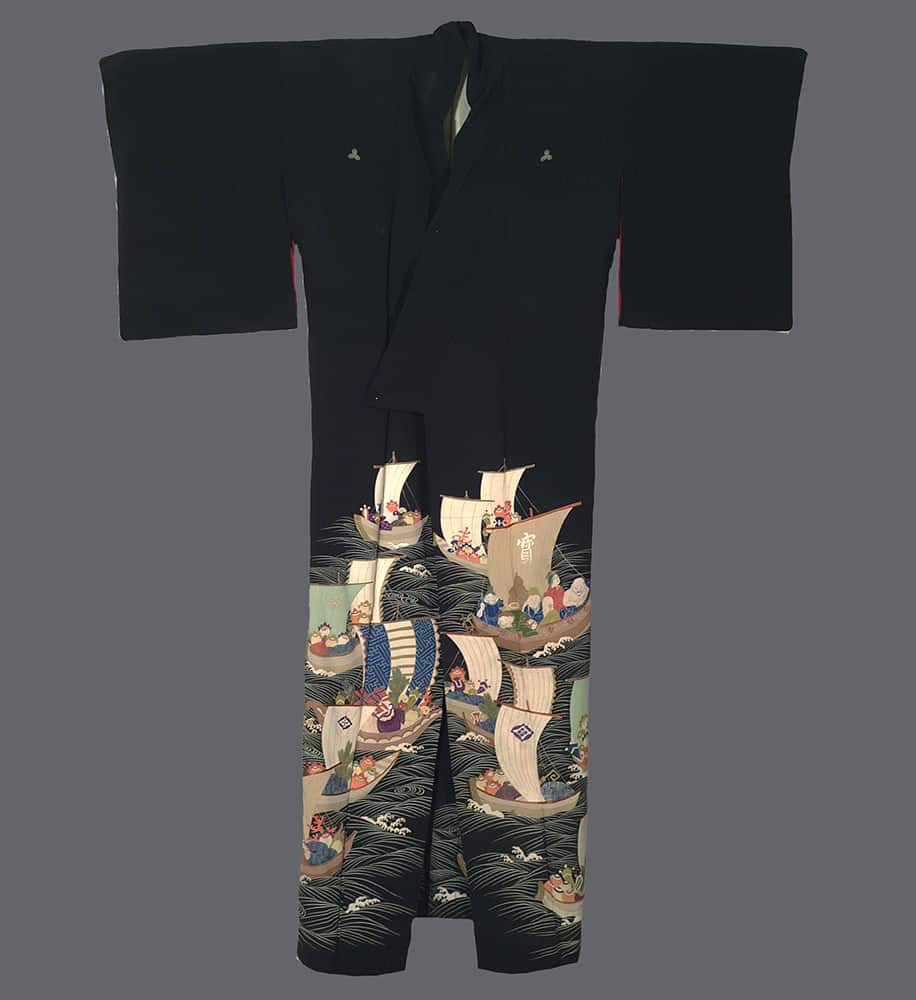 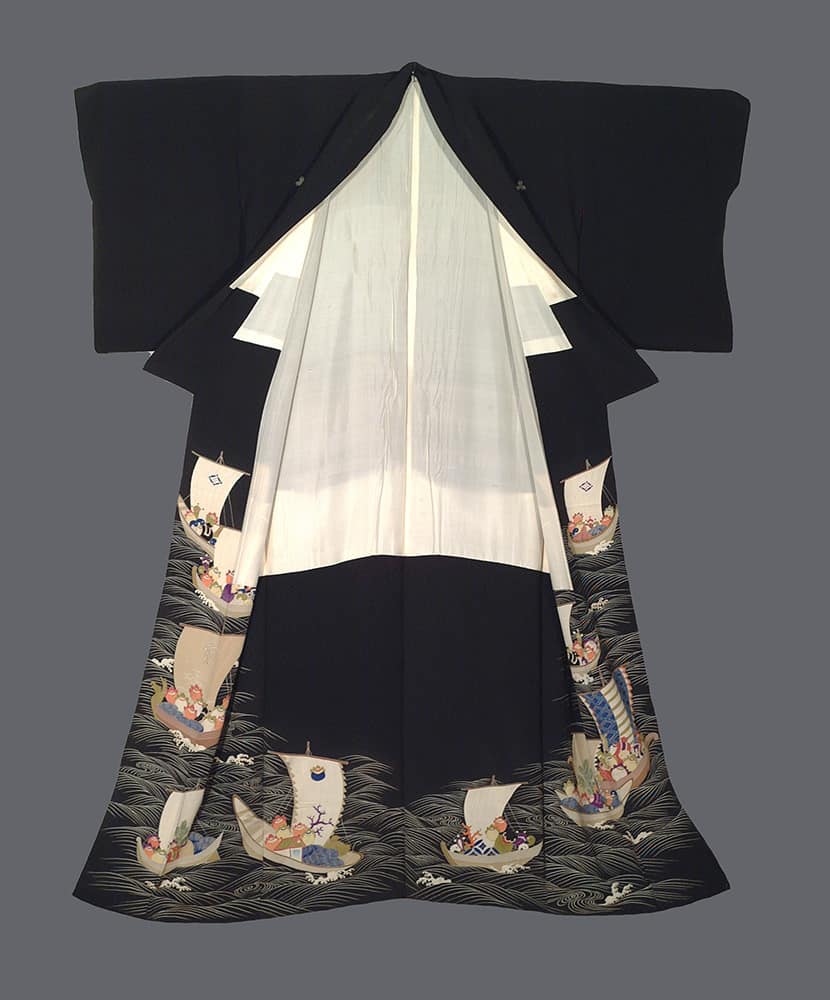 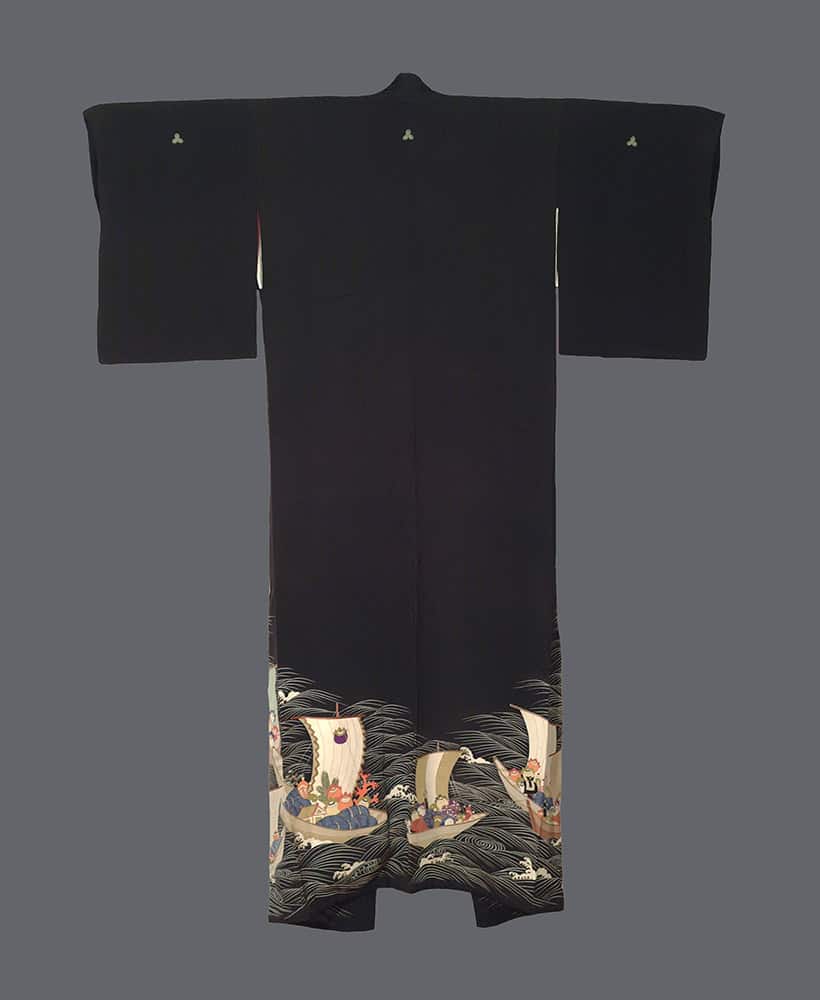 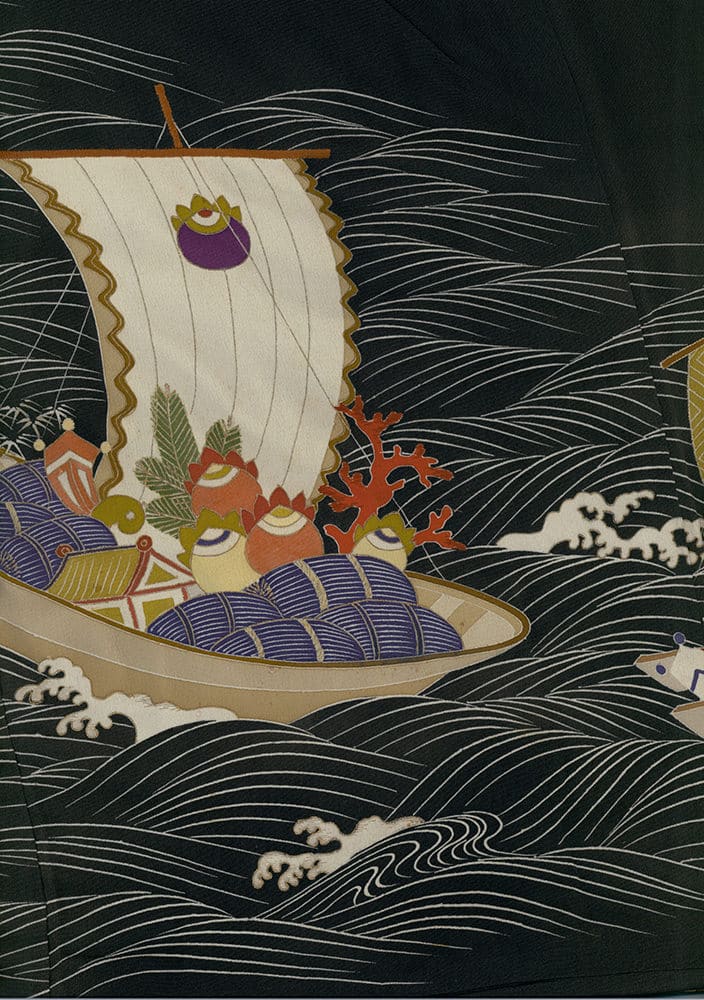 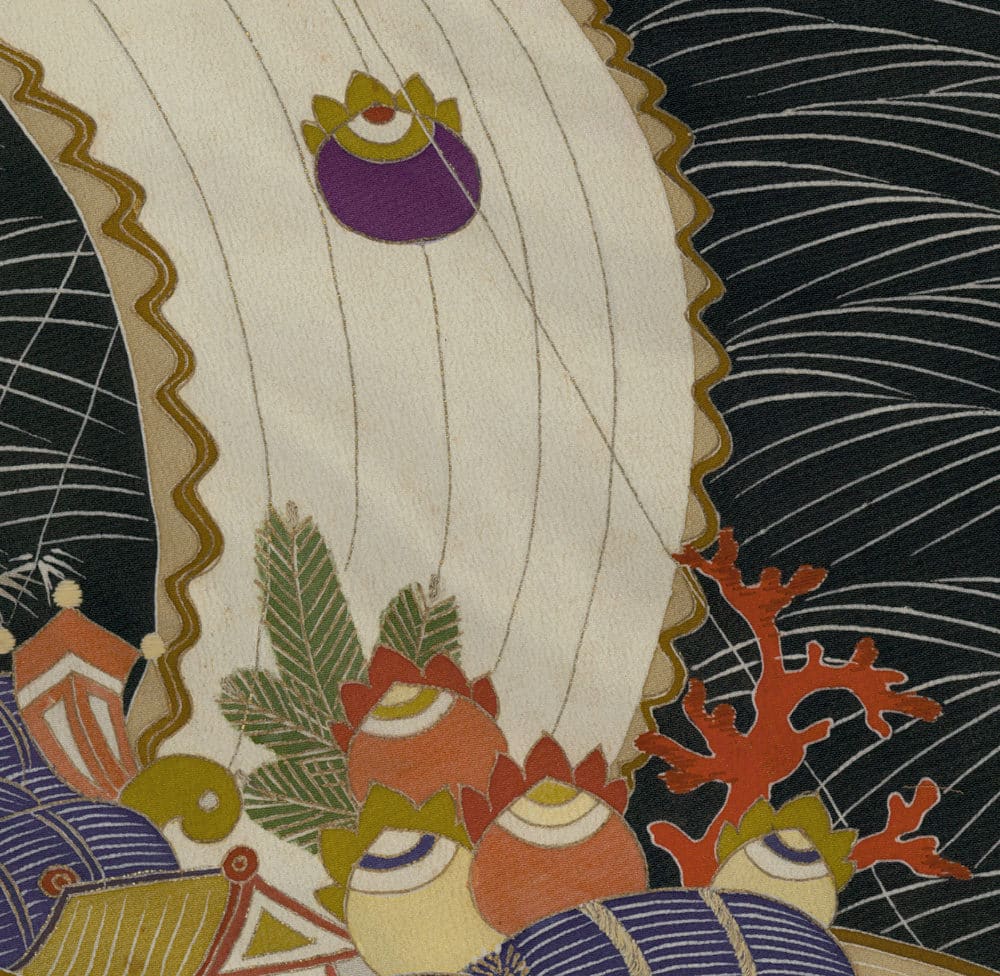 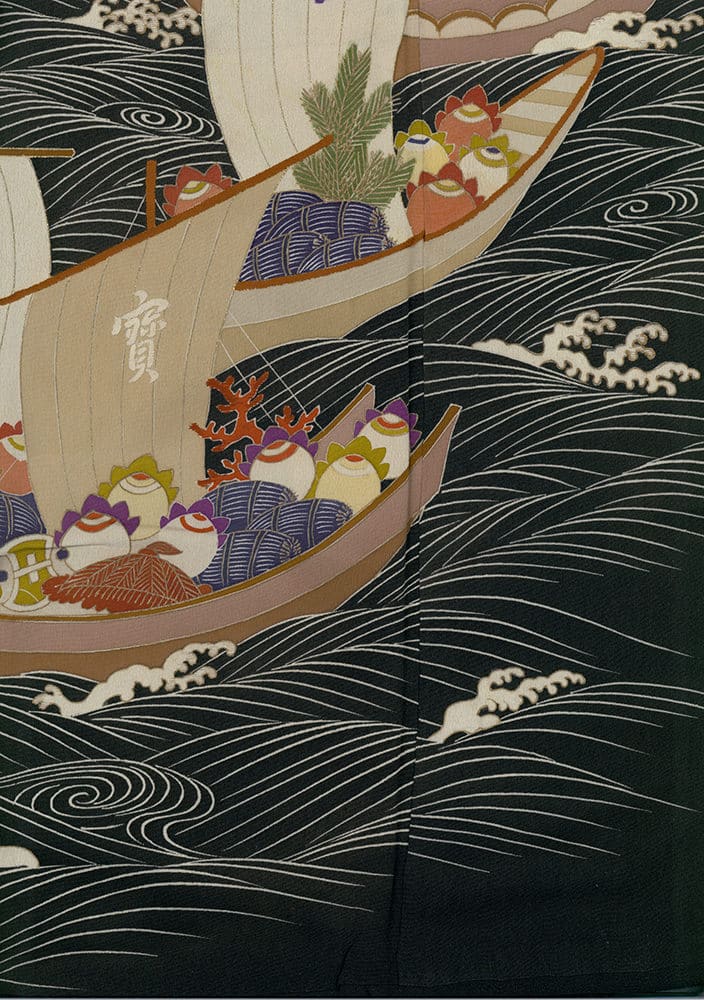 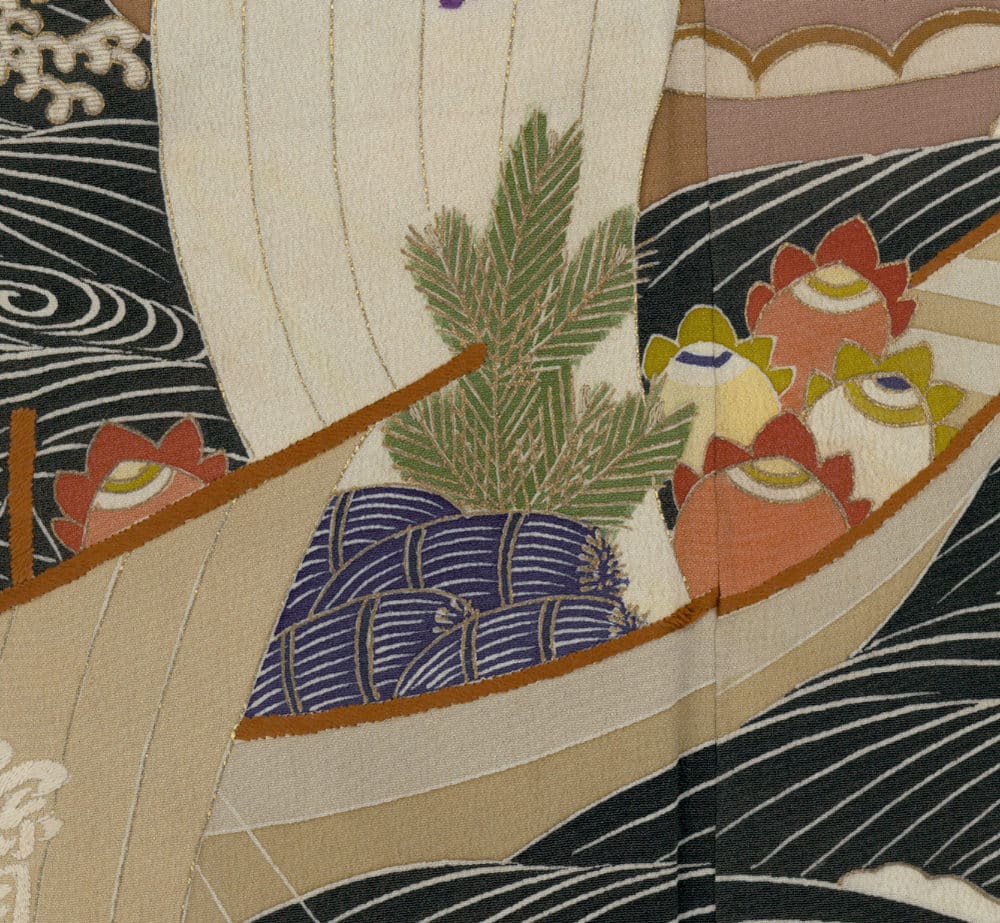 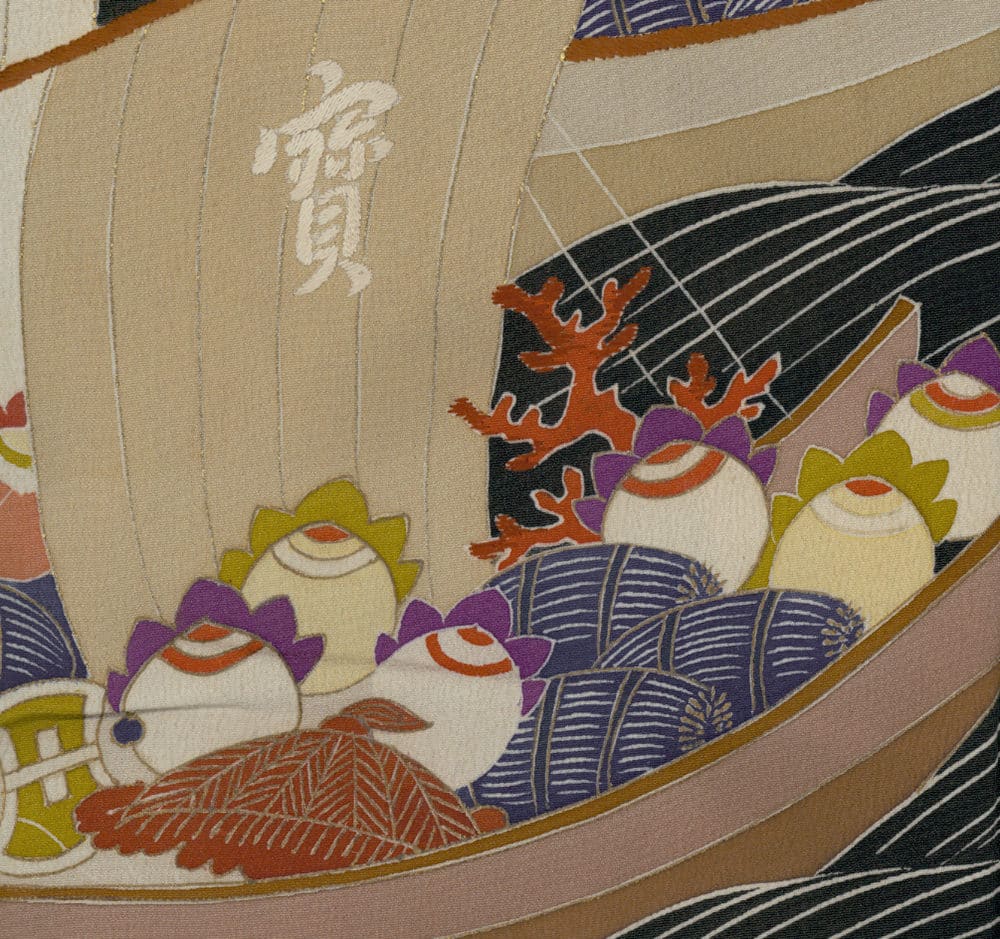 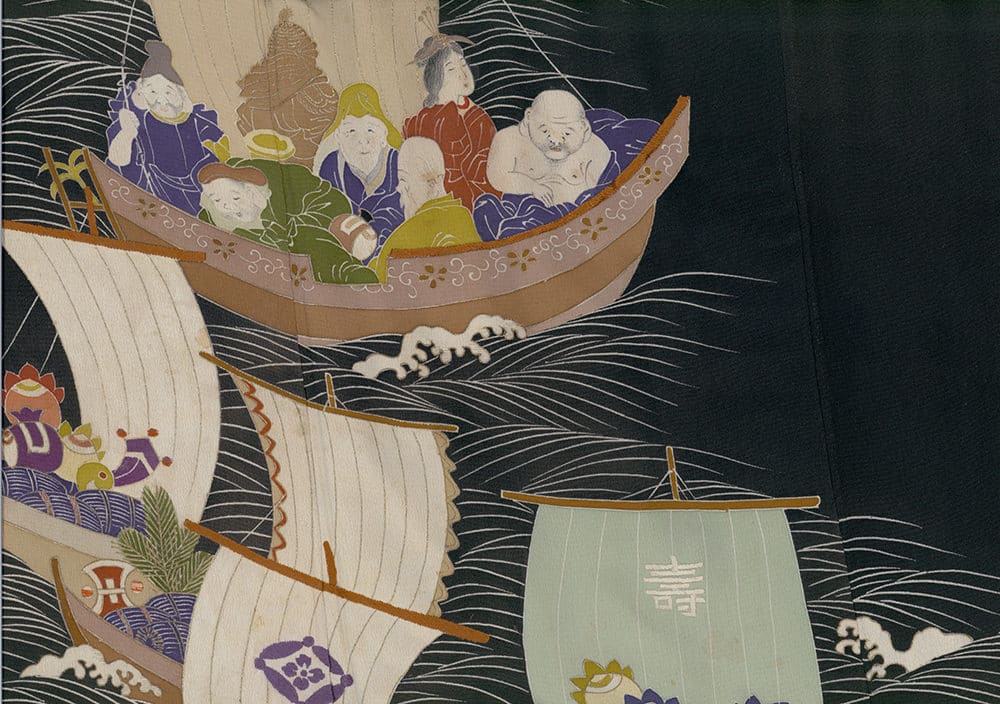 A soft chirimen-silk Geisha formal hikizuri featuring a fleet of auspicious treasure ships sailing on a frothy sea. Detailed yuzen-painting, with embroidery highlights and gold foil outlining. Five "mon" (family crests), so very formal. 49" from sleeve end to sleeve-end x 64" height. The "tarabune". or "ship of good fortune" is said to sail into port on New Year's, carrying the Seven Gods of Good Luck, their Myriad Treasures and the crane and long-tailed tortoise. The tarabune motif is normally seen on fukusa (gift cloth) given with a gift on New Years, and on children's coming-of-age ceremonial miyamairi kimonos. The rare use of this motif on this formal geisha dance performance kimono is notable, as too are the fact that there are not one treasure ship, but rather twenty-four: 15 on the outside and 9 on the inside (see "back opened" and "front opened" images). One of these 24 ships contains the Seven Gods of Good Luck, while the other 23 are overflowing with the many treasures. All the items on the 23 ships are treasures associated with the seven gods of good fortune, including the key to the gods' storehouse, the god Daikoku's hammer, bails of hay, sacred jewels on the sail, an inexhaustible money bag, and a hat that makes the wearer invisible. According to legend, the takarabune sails into port on New Years Eve to dispense gifts of happiness and luck to believers. It is plausible that this hikizuri kimono was created to be worn by a geisha for an important New Years stage performance.

Price:
$
35,000.00
US
Available: Inquire
GalleryOrderingContactAbout UsGallery StatementNewsGlossary
Copyright © 2023 Yorke Antique Textiles
Thank you! Your submission has been received!
Oops! Something went wrong while submitting the form.