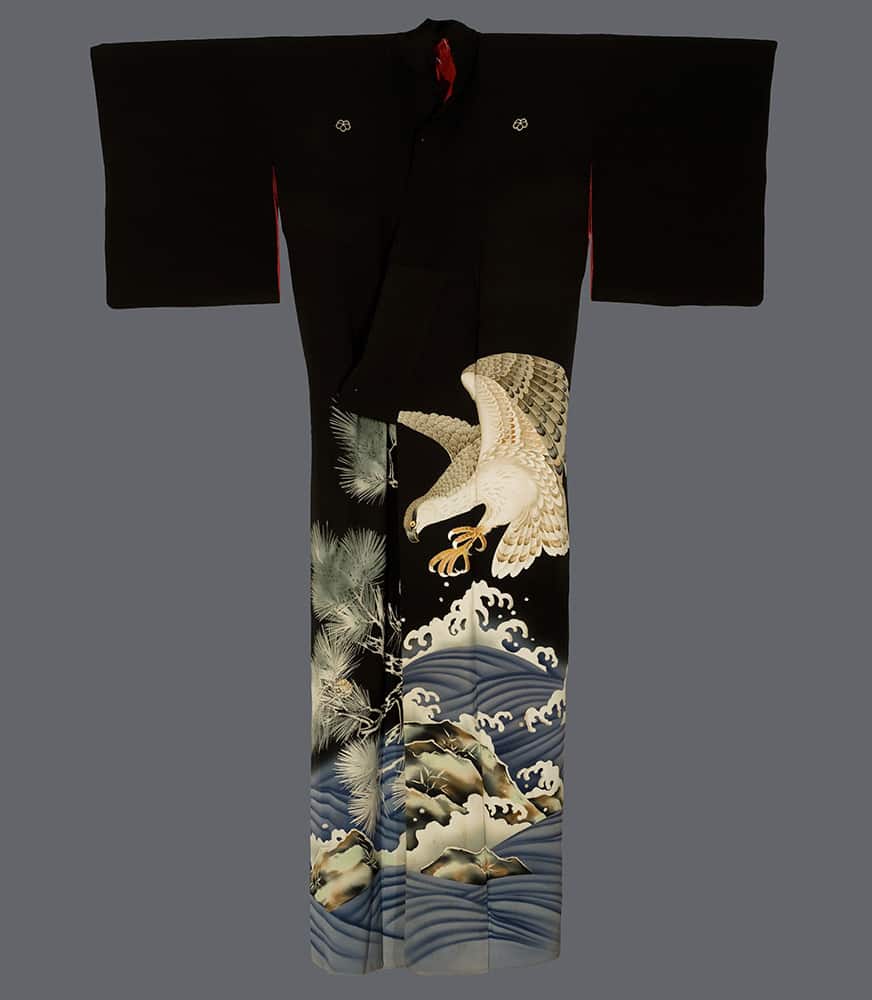 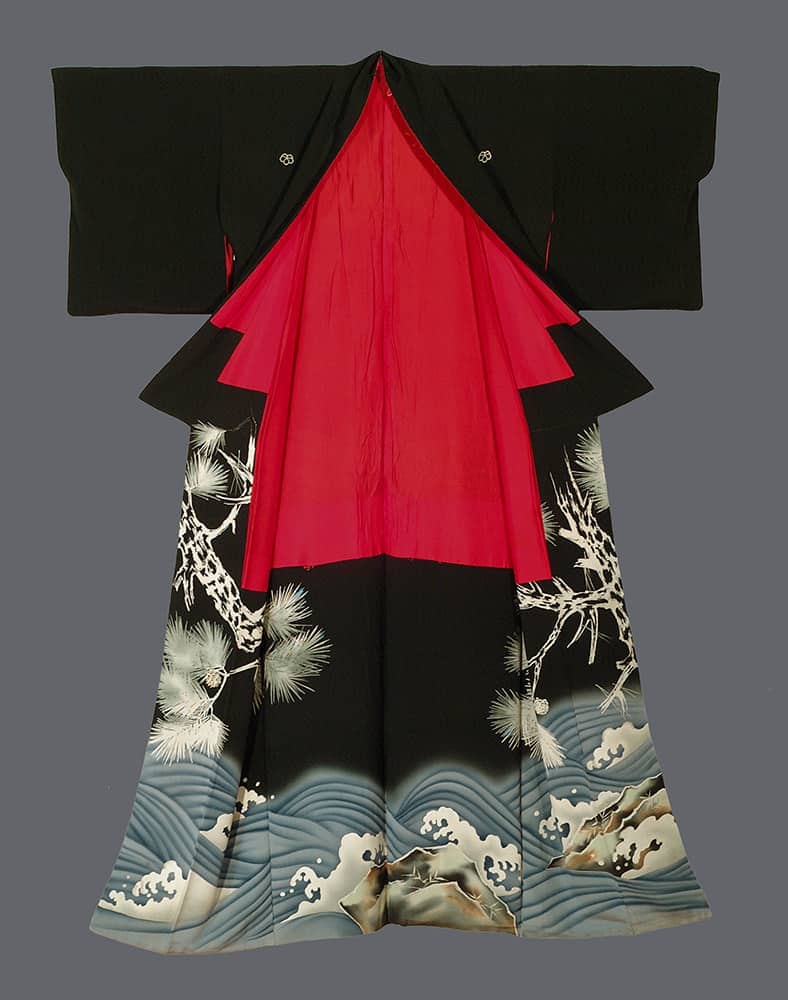 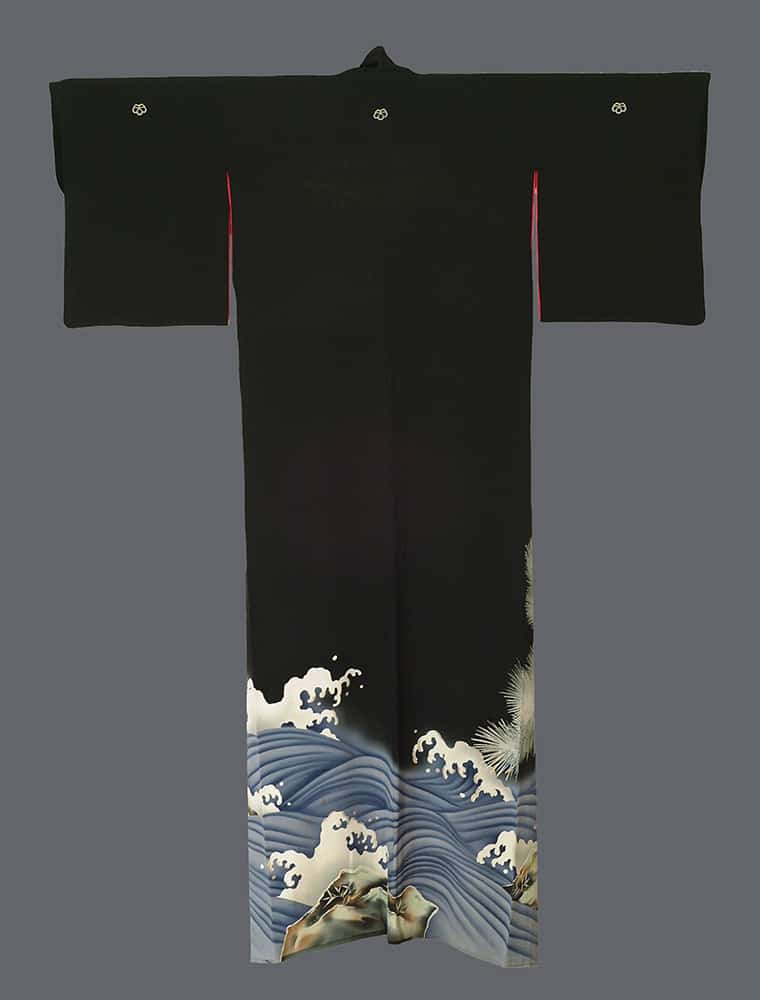 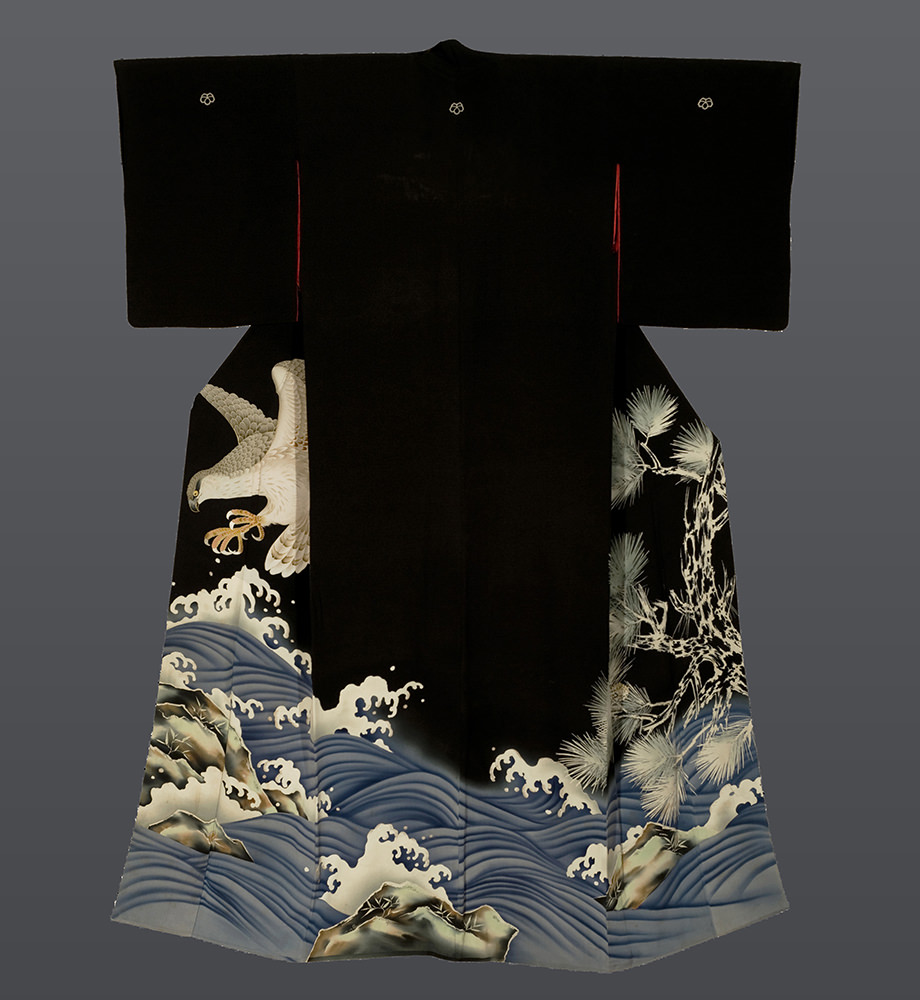 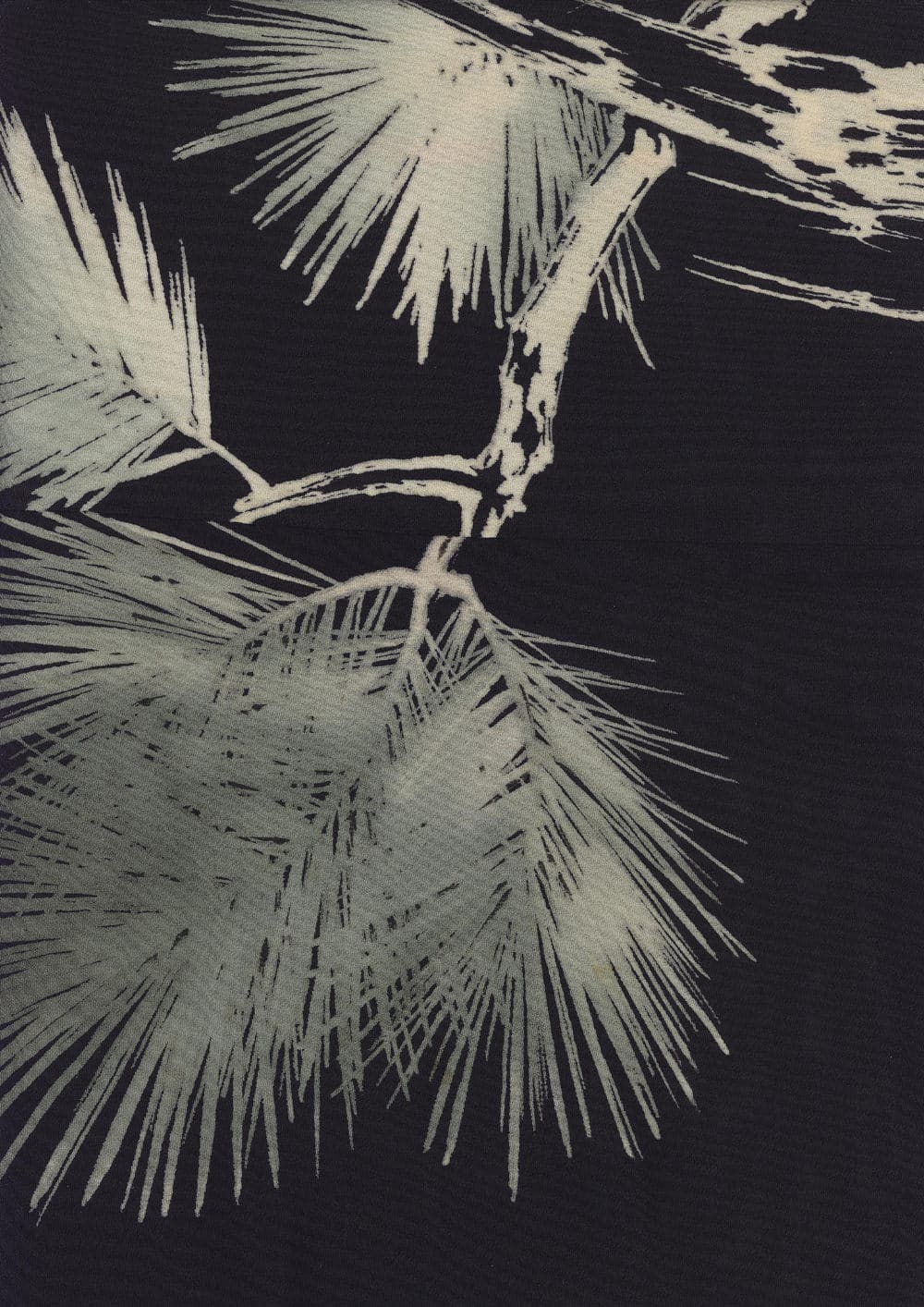 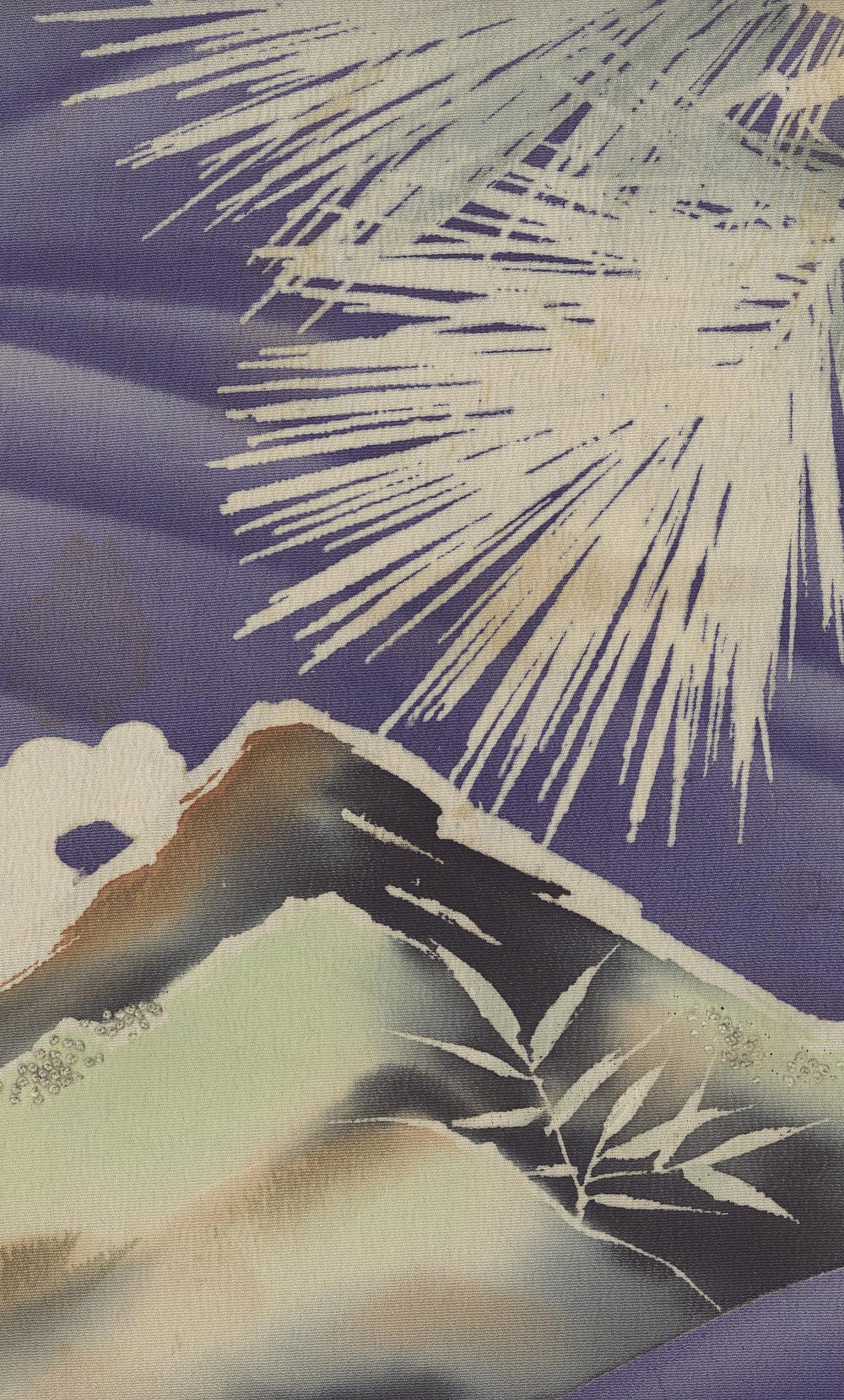 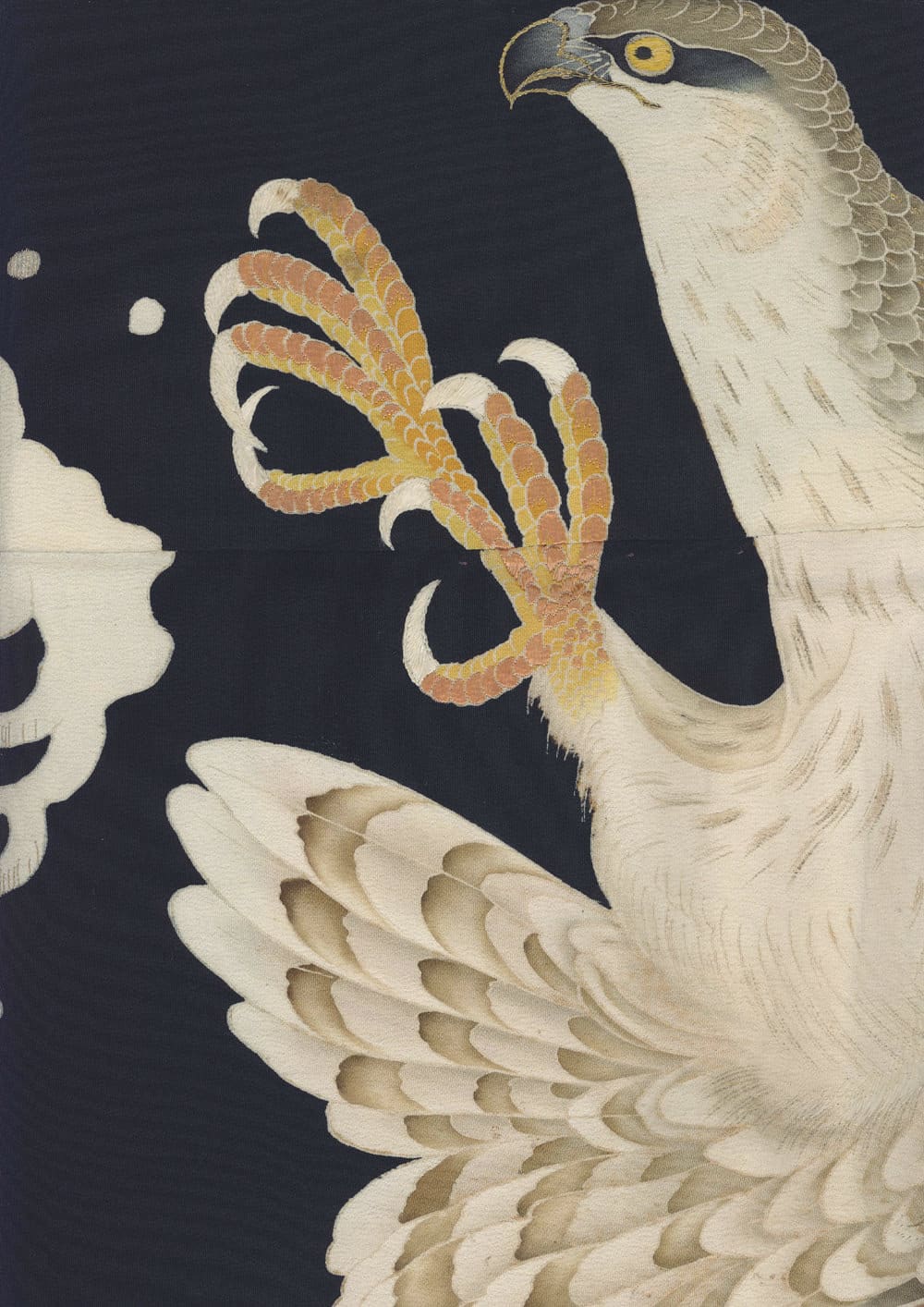 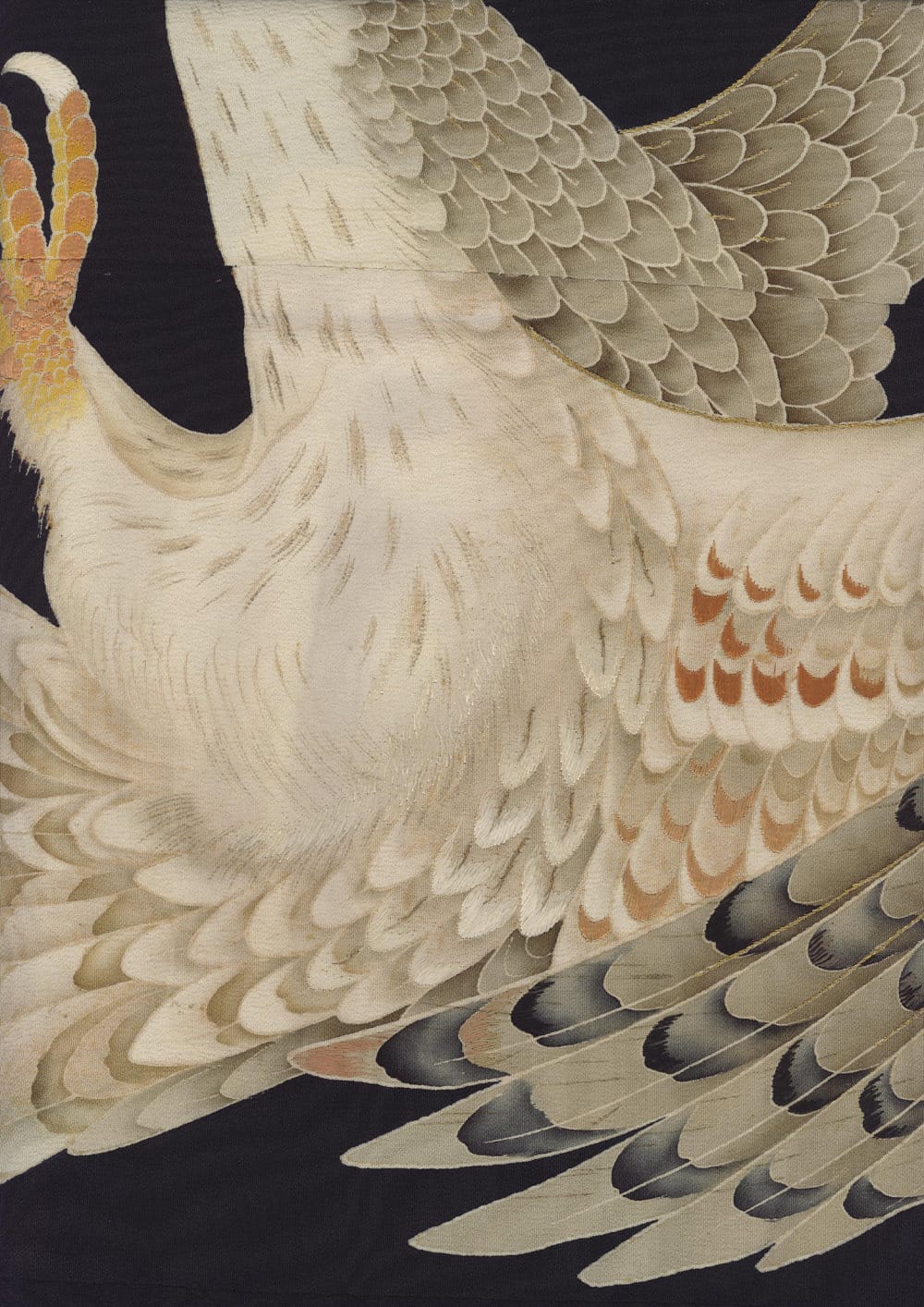 This is a remarkable antique hikizuri - geisha dancing dress - with its vivid hawk, wave and pine motifs vividly created utilizing masterful yuzen-painting, sume e painting, and silk and metallic embroidery. 48" from sleeve-end to sleeve-end x 67" height. In Japan, the hawk and pine tree in combination usually represents the power and longevity of the Tokugawa shogun. The Tokugawa shogunate was a feudal regime of Japan established by Tokugawa Ieyasu and ruled by the shoguns of the Tokugawa family. This period is known as the Edo period and gets its name from the capital city, Edo, which now is called Tokyo. The Tokugawa shogunate ruled from Edo Castle from 1603 until 1868, when it was abolished during the Meiji Restoration.

Price:
$
20,000.00
US
Available: Inquire
GalleryOrderingContactAbout UsGallery StatementNewsGlossary
Copyright © 2023 Yorke Antique Textiles
Thank you! Your submission has been received!
Oops! Something went wrong while submitting the form.