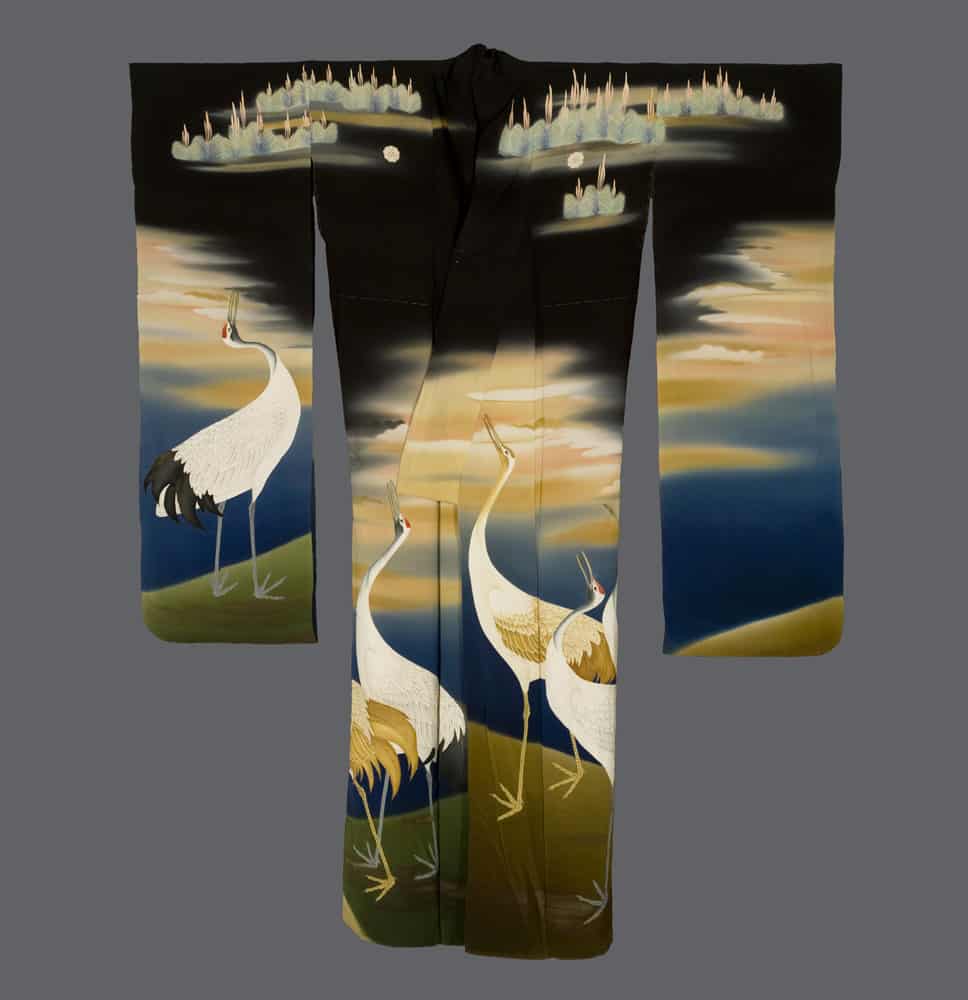 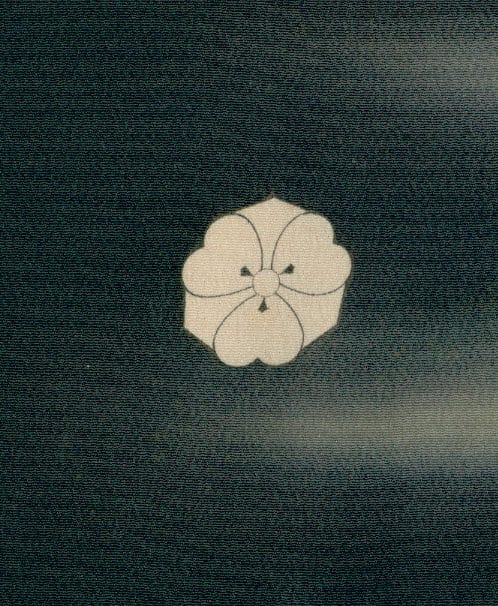 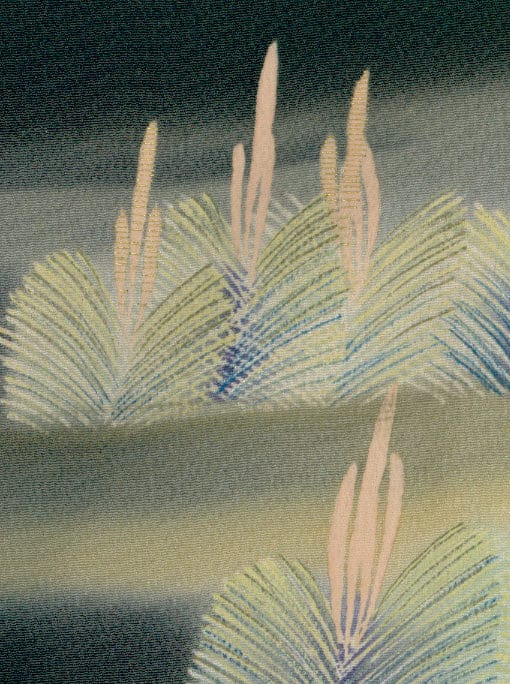 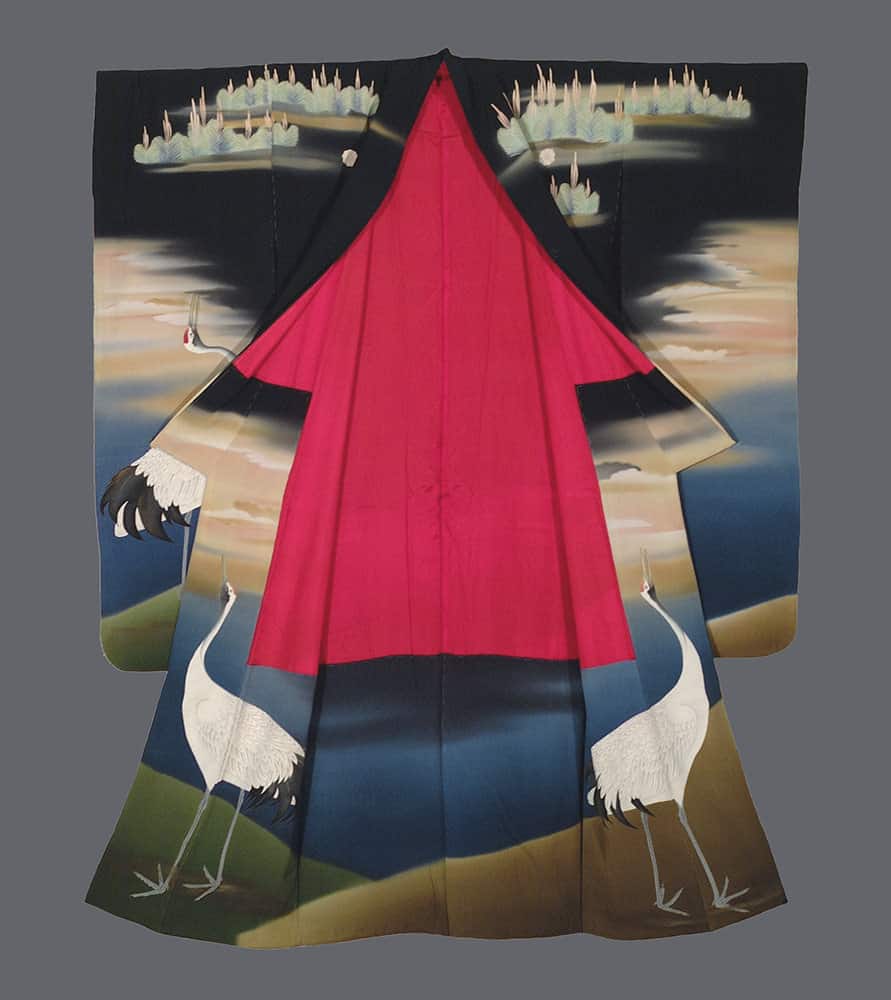 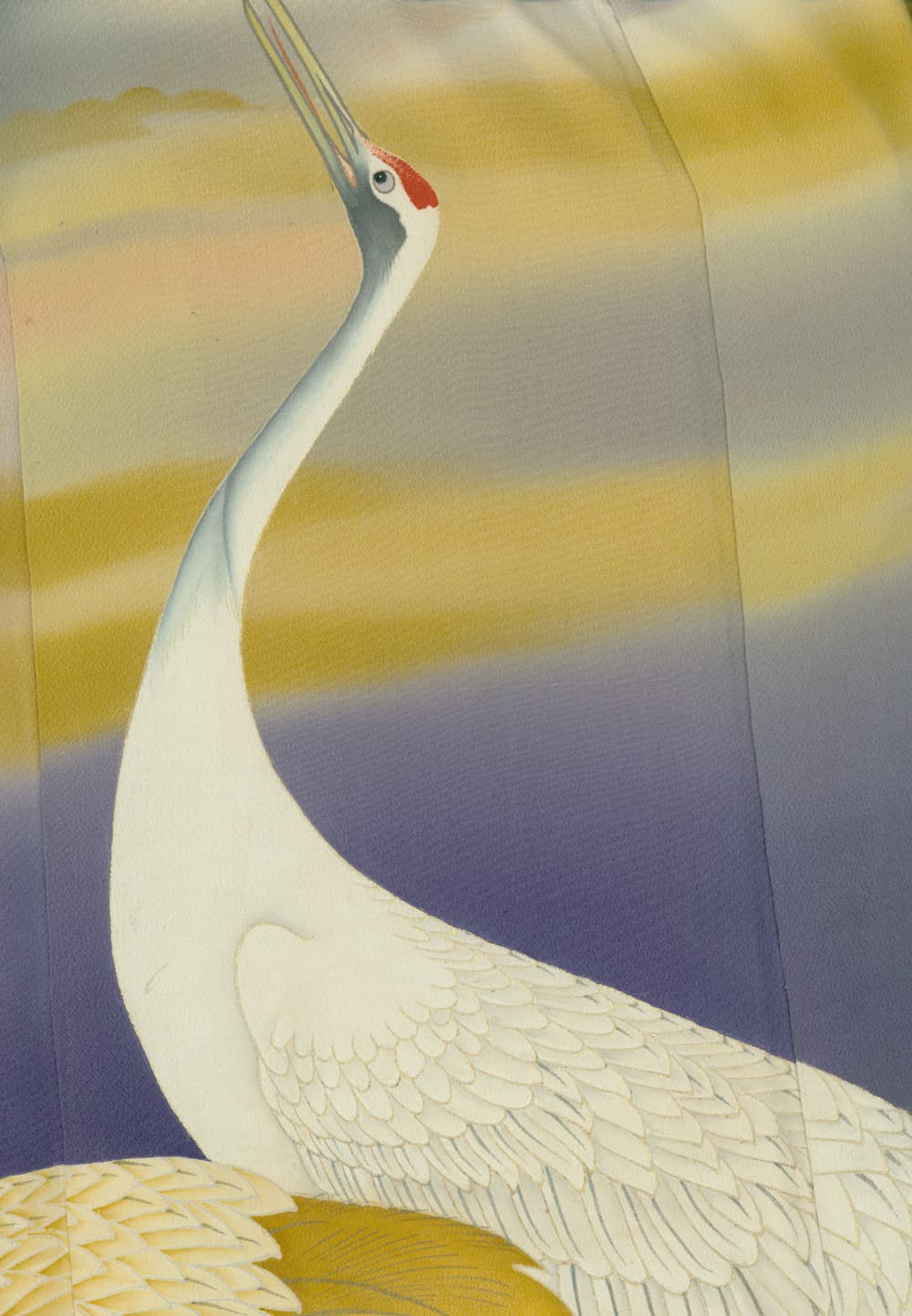 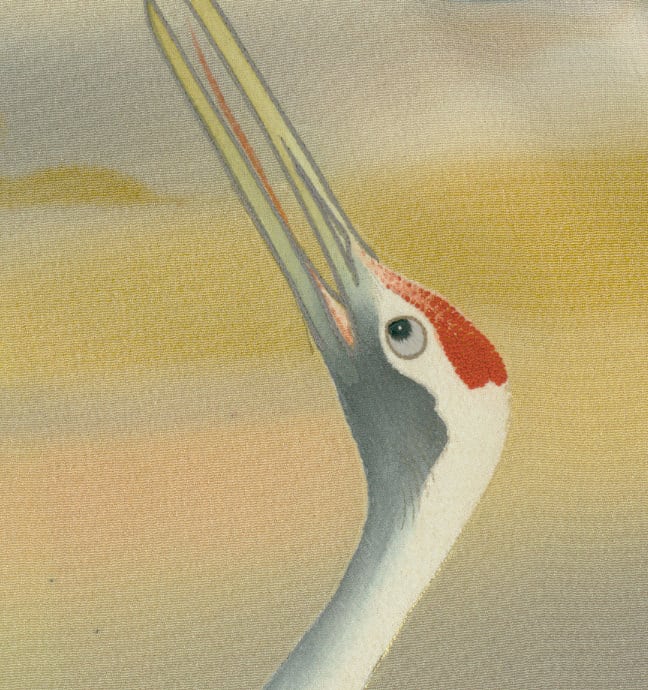 An unusual kinsha (fine crepe) silk furisode featuring six standing cranes created with yuzen-painting, with simple and sagara embroidered highlights.. Five mon (family crests), so the most formal of furisode.  50" from sleeve-end to sleeve-end x 61" height.  This is the outer furisode of a 3-piece kasane set (items 2410b and 2410c in this gallery are the middle and inner of this set).  What sets this kimono apart are: the large size of the standing cranes, and  the fact that five out of the six cranes have their heads pointed skywards, an unusual direction that the artist has taken that imparts added spirituality and impact to the kimono canvas.  Also unusual for a 20th century furisode is that the main impact of the artwork is found on the front of the kimono, as can be seen when viewing the "front closed" images compared to the "back opened" or "back closed".  The Japanese regard the white crane as the premier symbol of longevity and good fortune.  Kimono multilayer sets - called "kasane" - were popular among the Japanese aristocracy during the Heian period of a thousand years ago. Over the past few centuries, until the end of the Taisho period, such three-kimono sets were sometimes commissioned by the premier kimono artists by wealthier families.  Traditionally, the outer kimono was black in color , the next kimono red, with the innermost white.  The contrasting colours were only visible at the end of the sleeves, at the neck, and at times a little at the hem.  Item 2410a is the black outer furisode of the set, referred to as "uwagi", is the one that contained most of the embroidery details and extra attention.  This outer was created to be a little larger in size than the two inner layers, presumably to be sure that the inner layers were well-covered.  The red middle furisode is referred to as the "first shitagi", and the white inner one the "second shitagi"

Price:
$
30,000.00
US
Available: Inquire
GalleryOrderingContactAbout UsGallery StatementNewsGlossary
Copyright © 2023 Yorke Antique Textiles
Thank you! Your submission has been received!
Oops! Something went wrong while submitting the form.