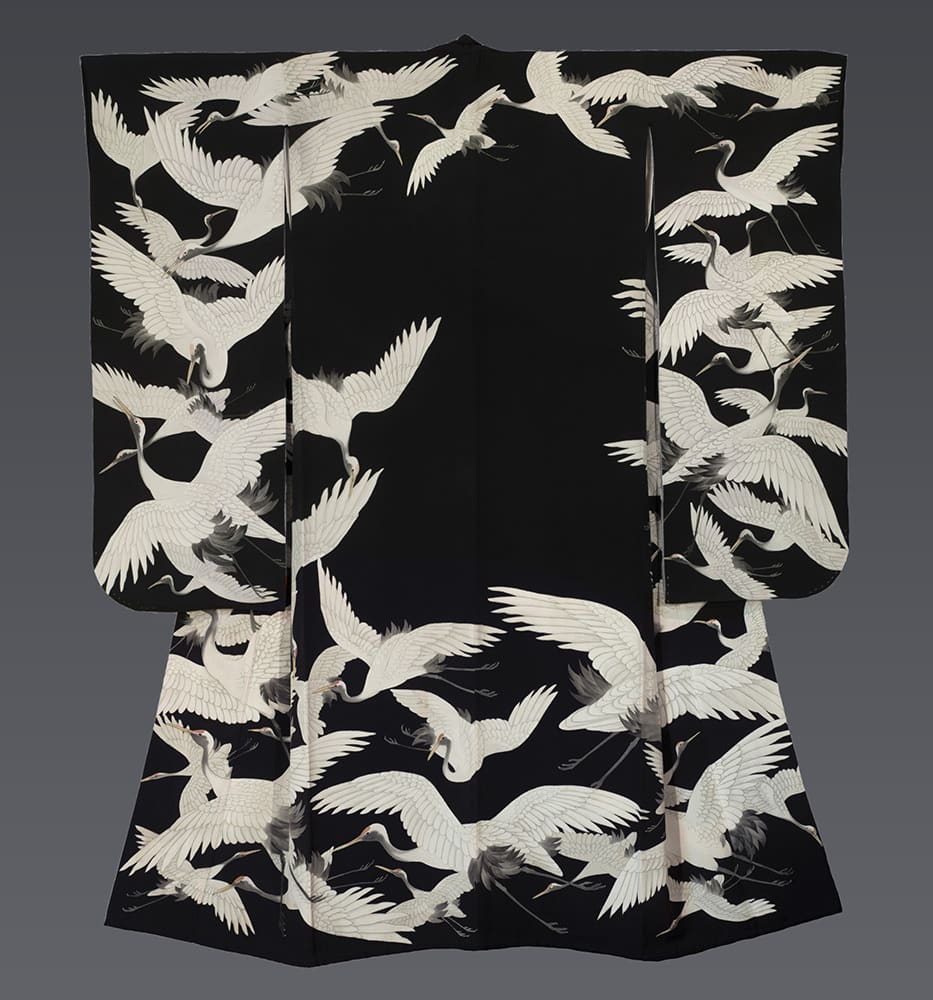 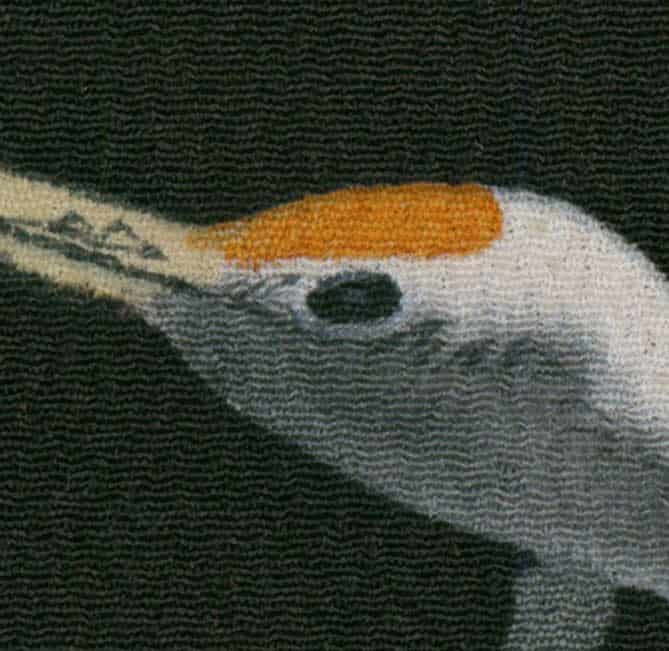 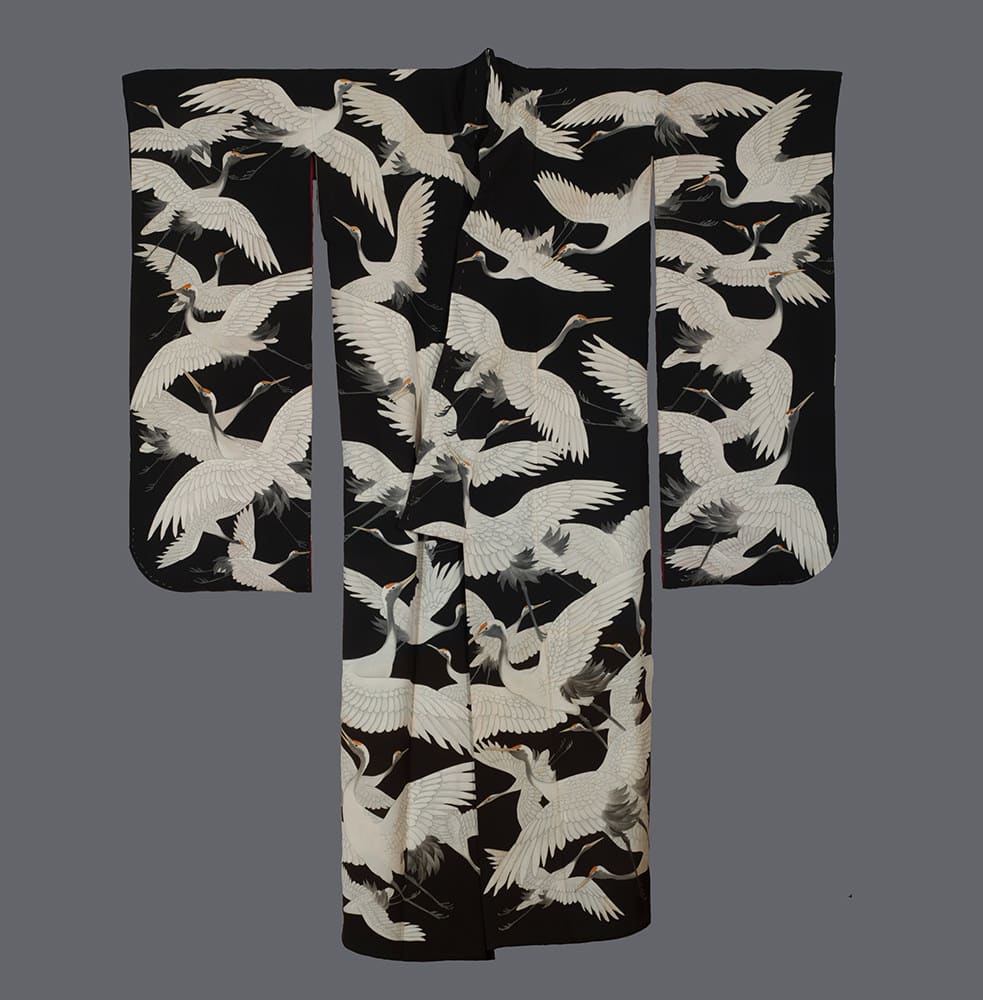 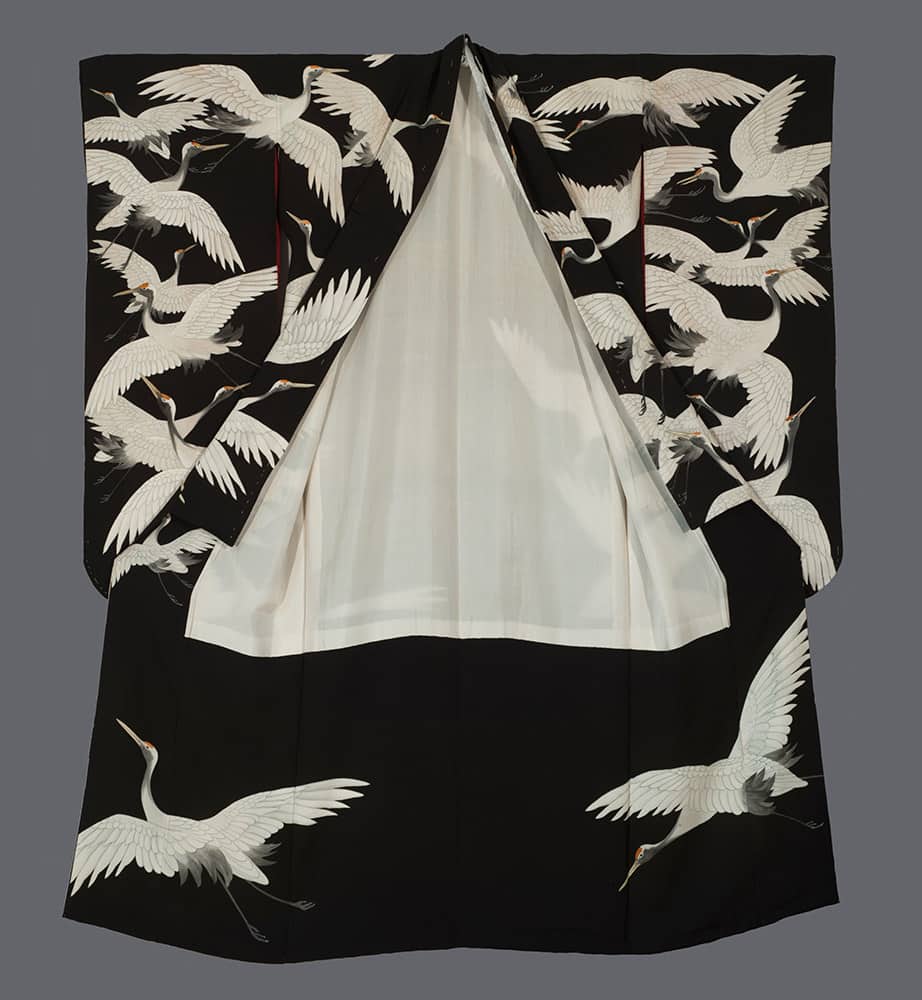 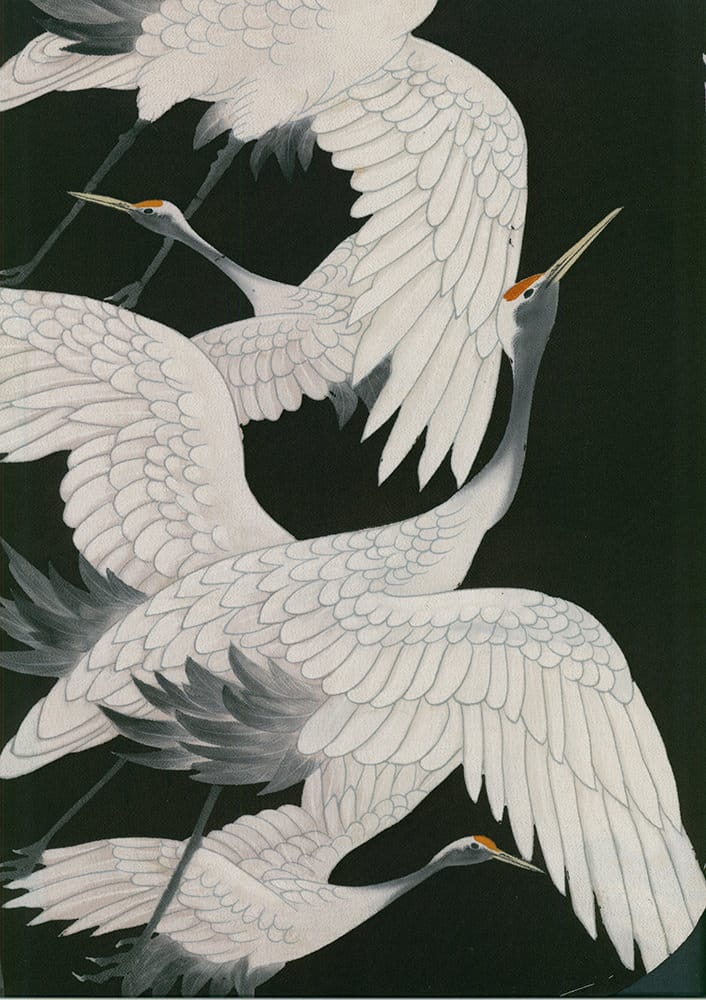 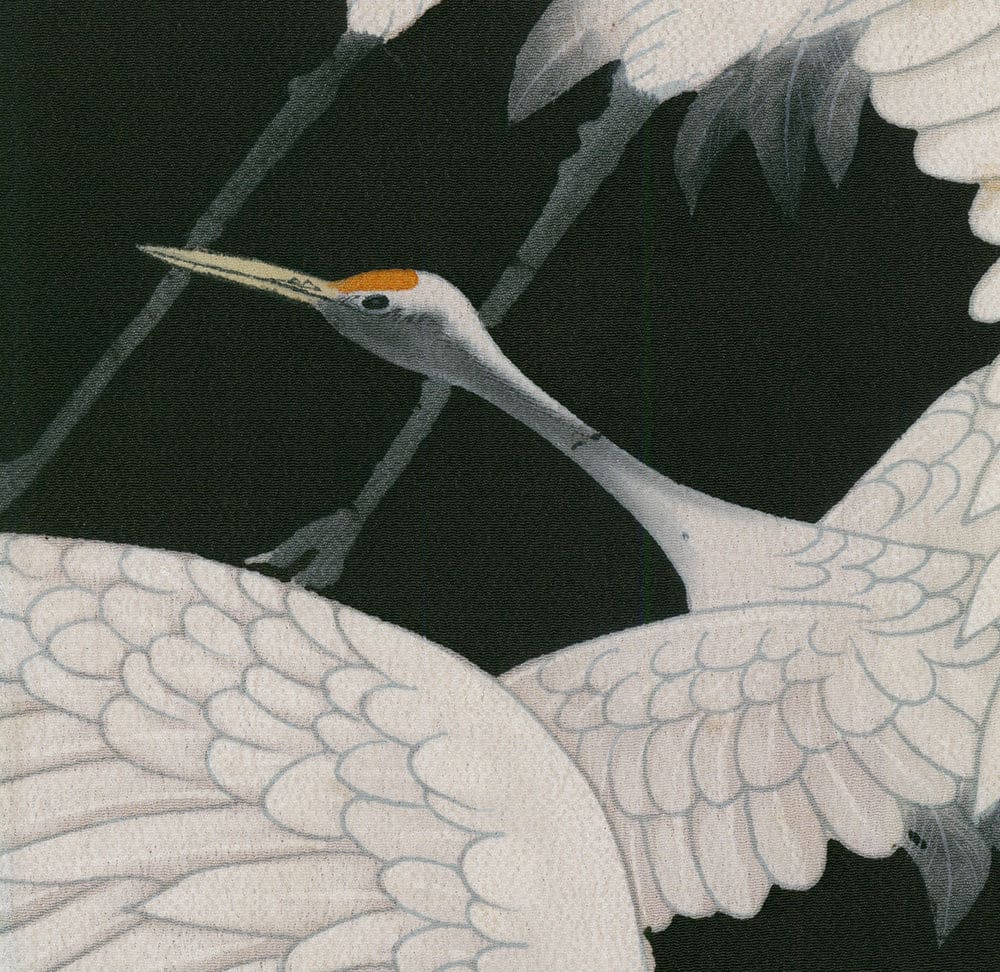 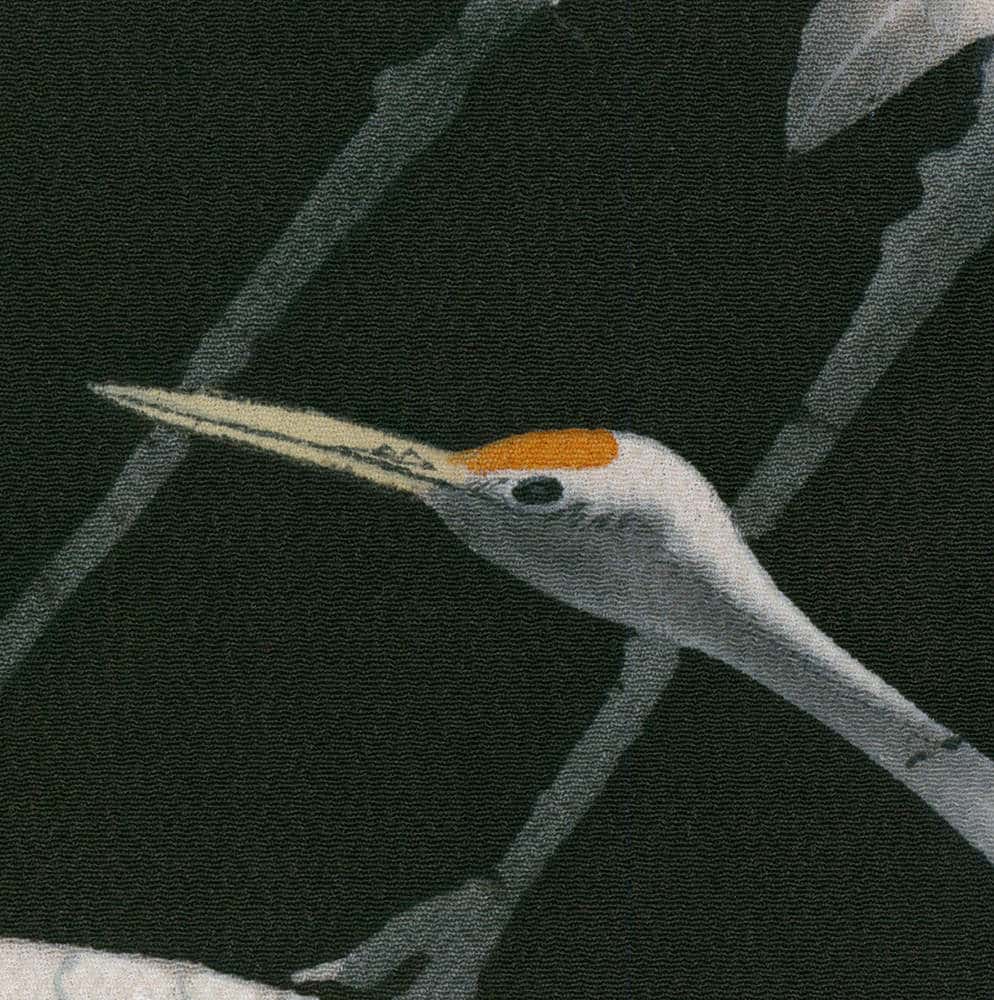 A chirimen (crepe) silk wedding furisode featuring many flying cranes created with yuzen-painting, with sumi e and freehand painting highlights.  Several small stains difficult to notice.  No "mon" (family crests).  50" from sleeve-end to sleeve-end x 60" height.  The main symbolic meaning of the Japanese red-crowned crane is long life. With their lifespan of some thirty years, cranes were thought to live not just decades but thousands of years, becoming virtually synonymous with immortality. At Japanese weddings it is a symbol of loyalty. Also associated with the qualities of honour and wisdom, cranes were believed to be intermediaries between heaven and earth, a messenger of the gods to humans, thus symbolizing the spiritual ability to enter a higher state of consciousness. Furthermore, the crane also represents a lasting soaring spirit, health, and happiness. Their white bodies stand for purity and their red heads denote vitality. This kimono would have been likely worn by the bride prior to the main wedding ceremony, or alternatively at the wedding ceremony itself.  Formal furisode such as this example normally possess five family crests, called "mon". However, this one does not have any, for unknown reasons.