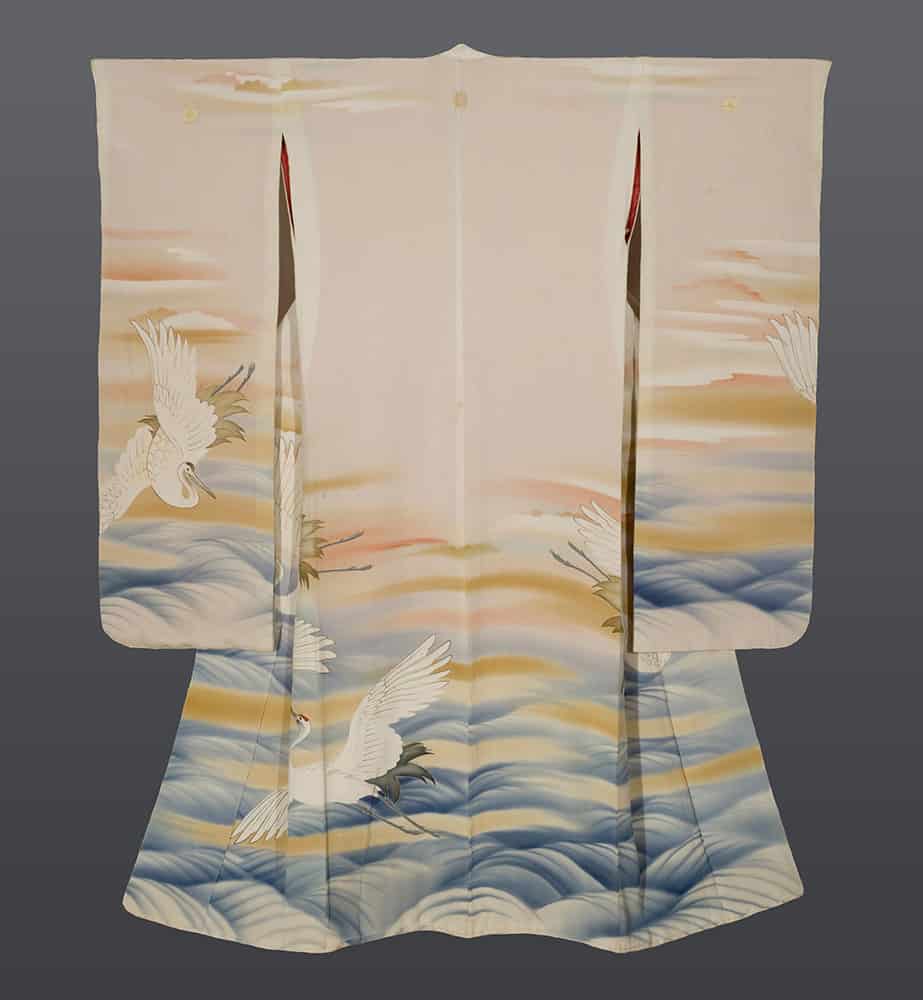 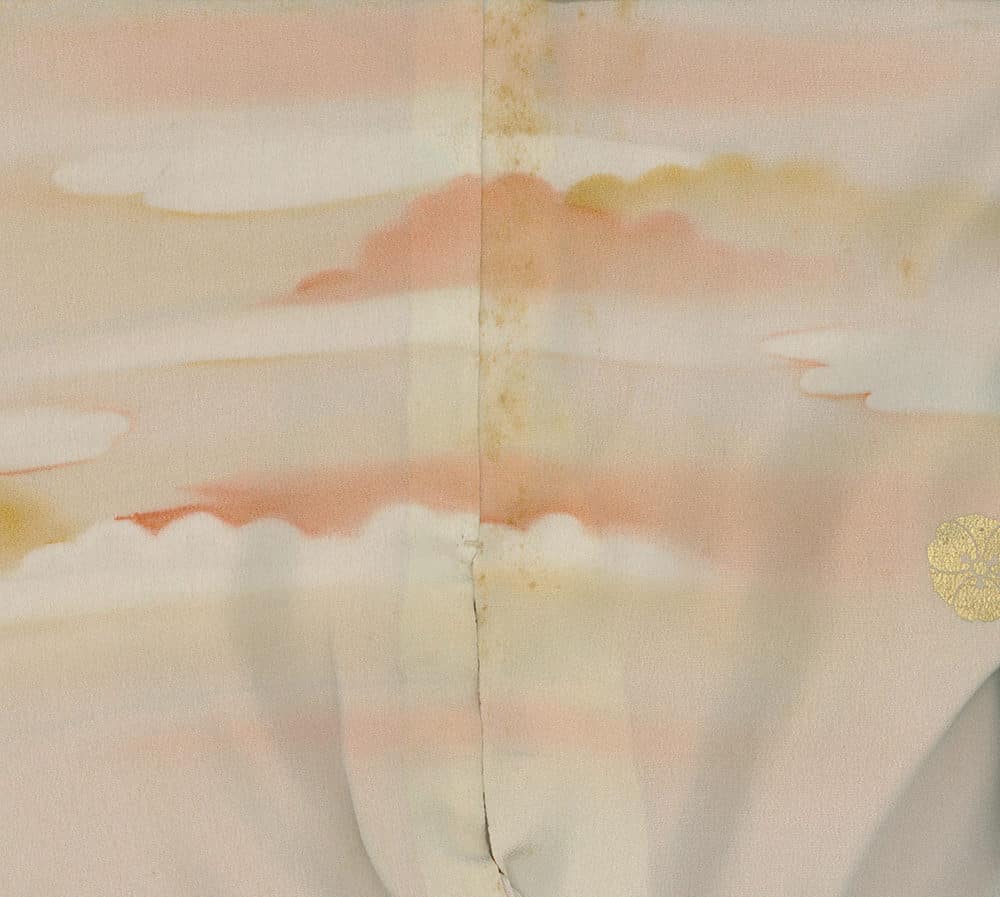 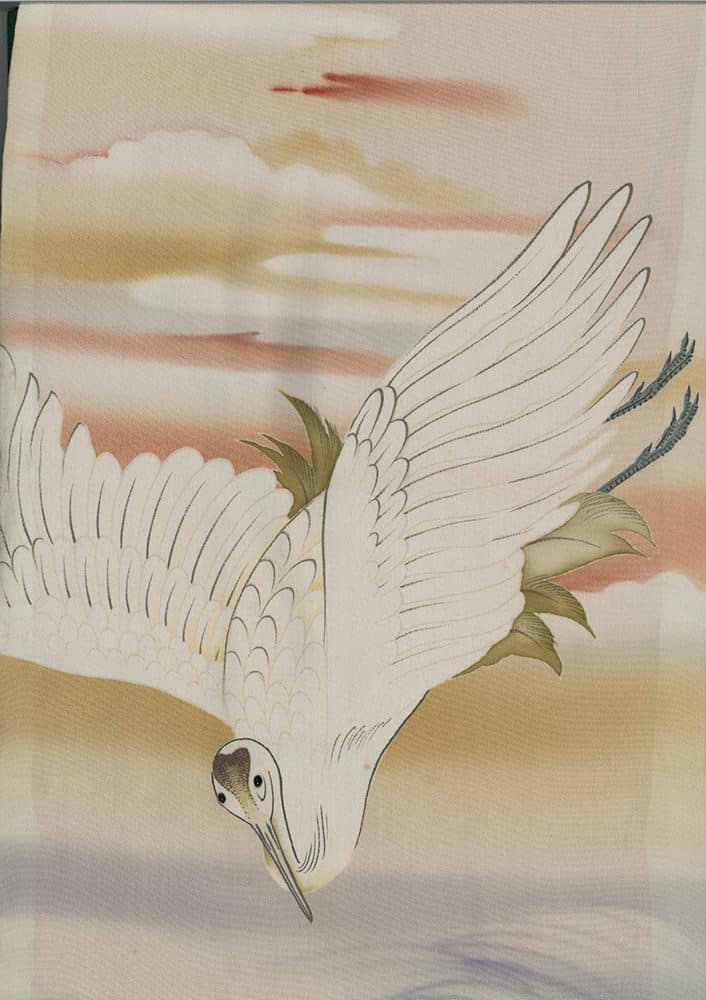 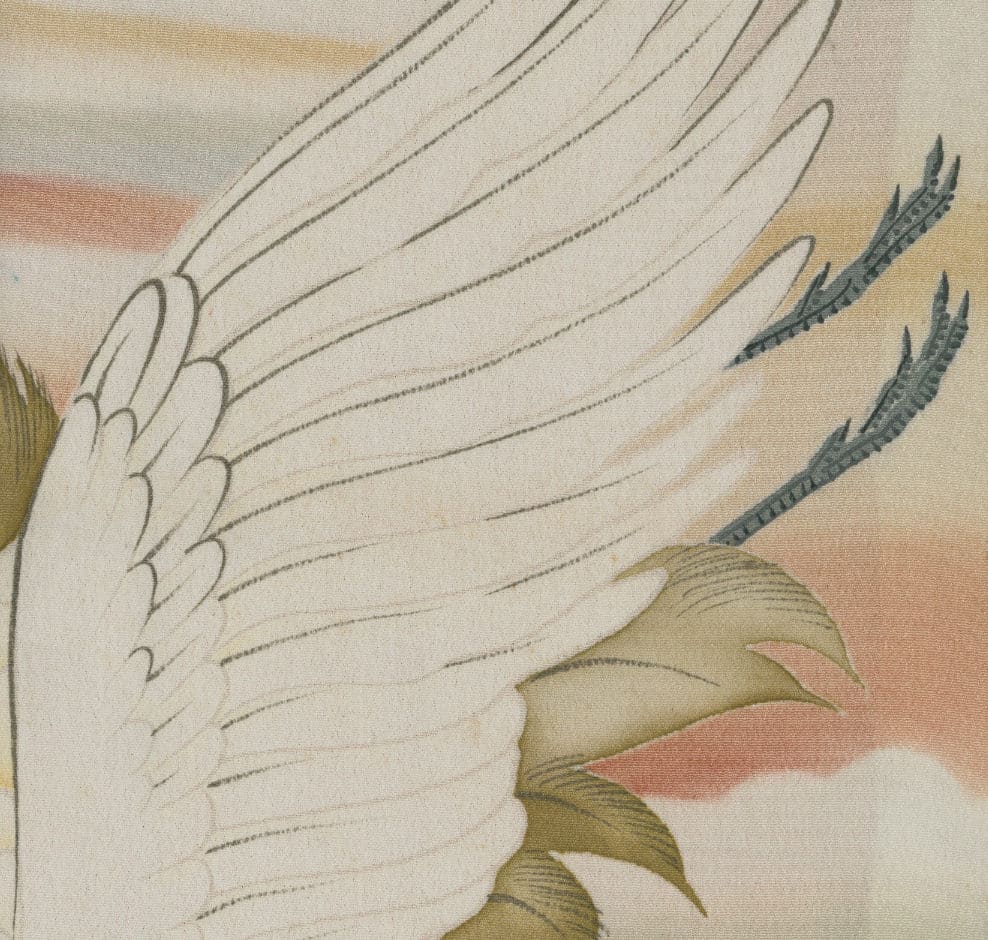 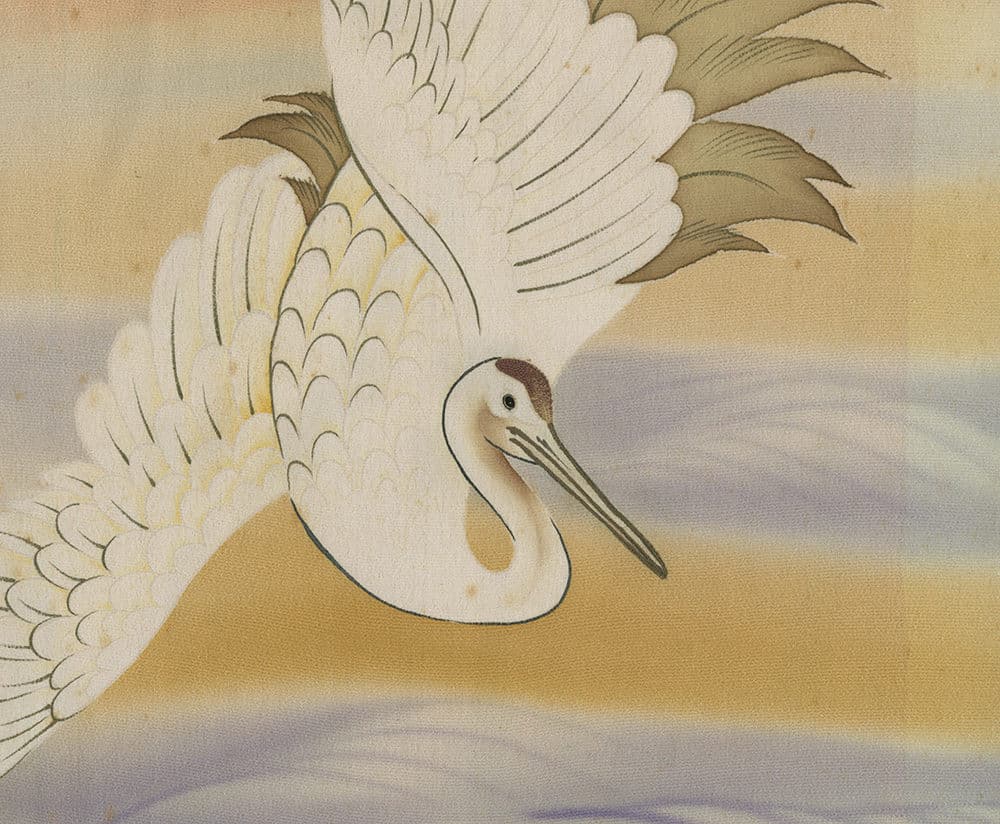 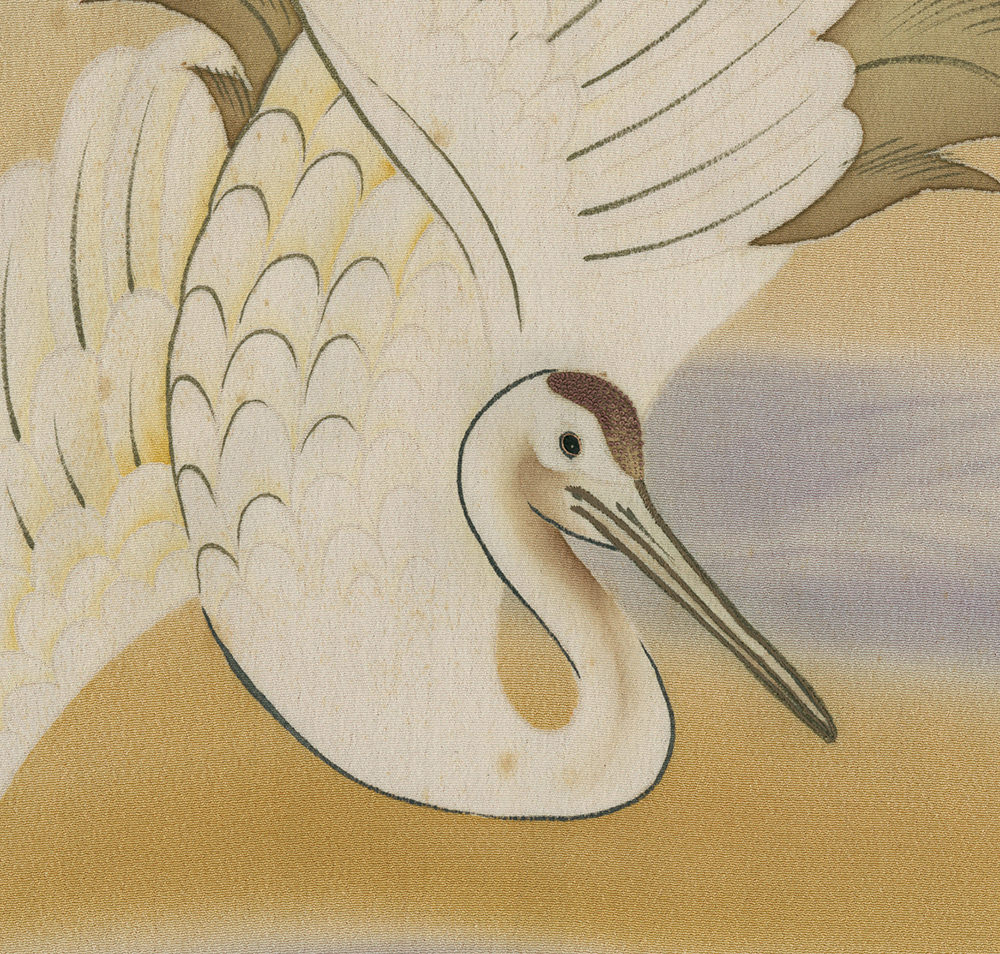 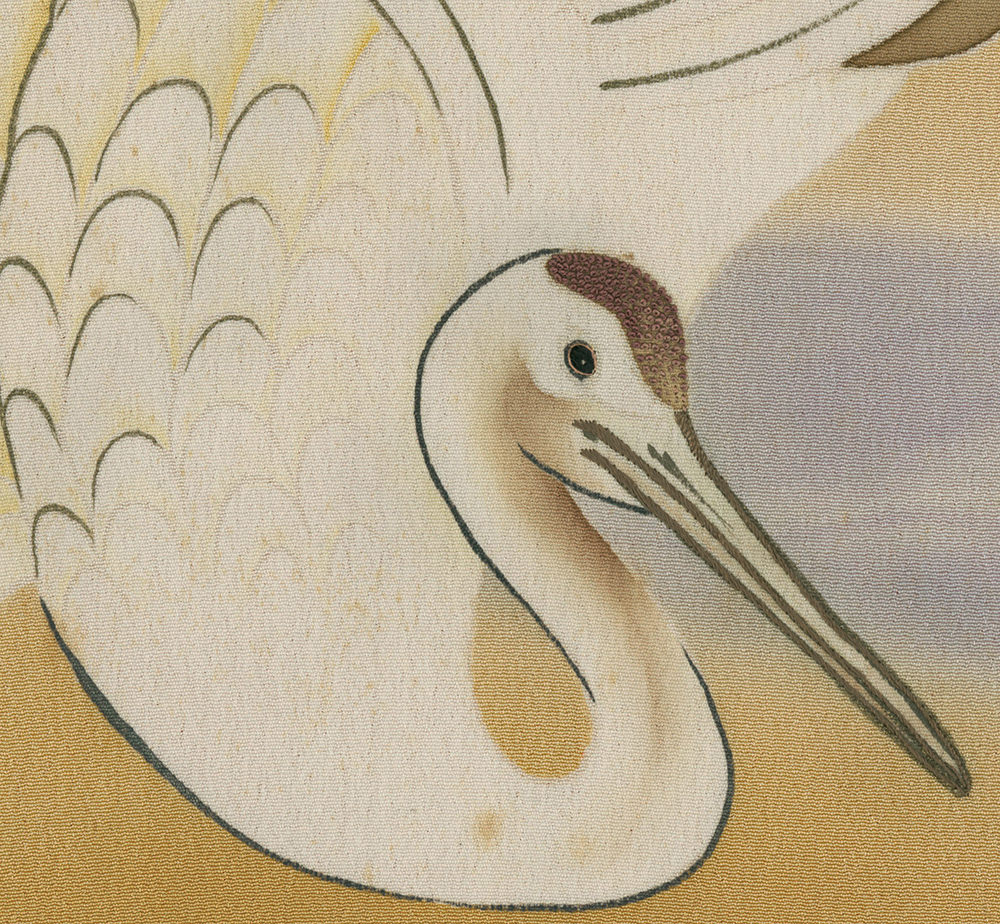 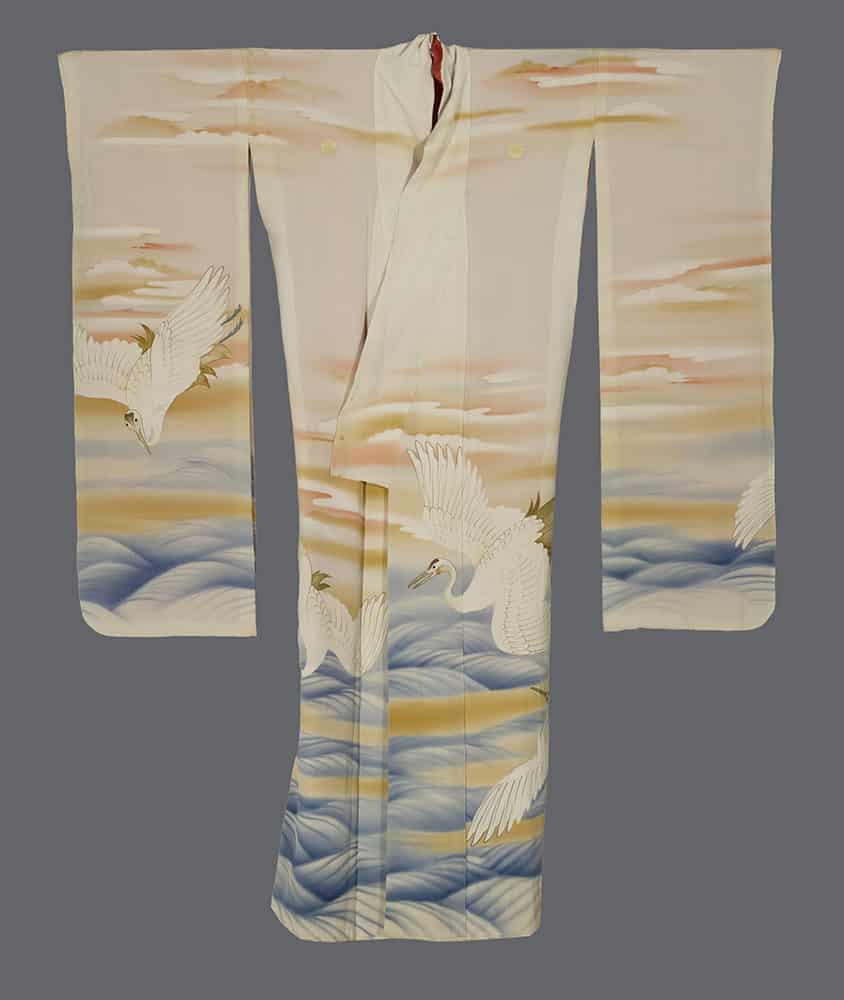 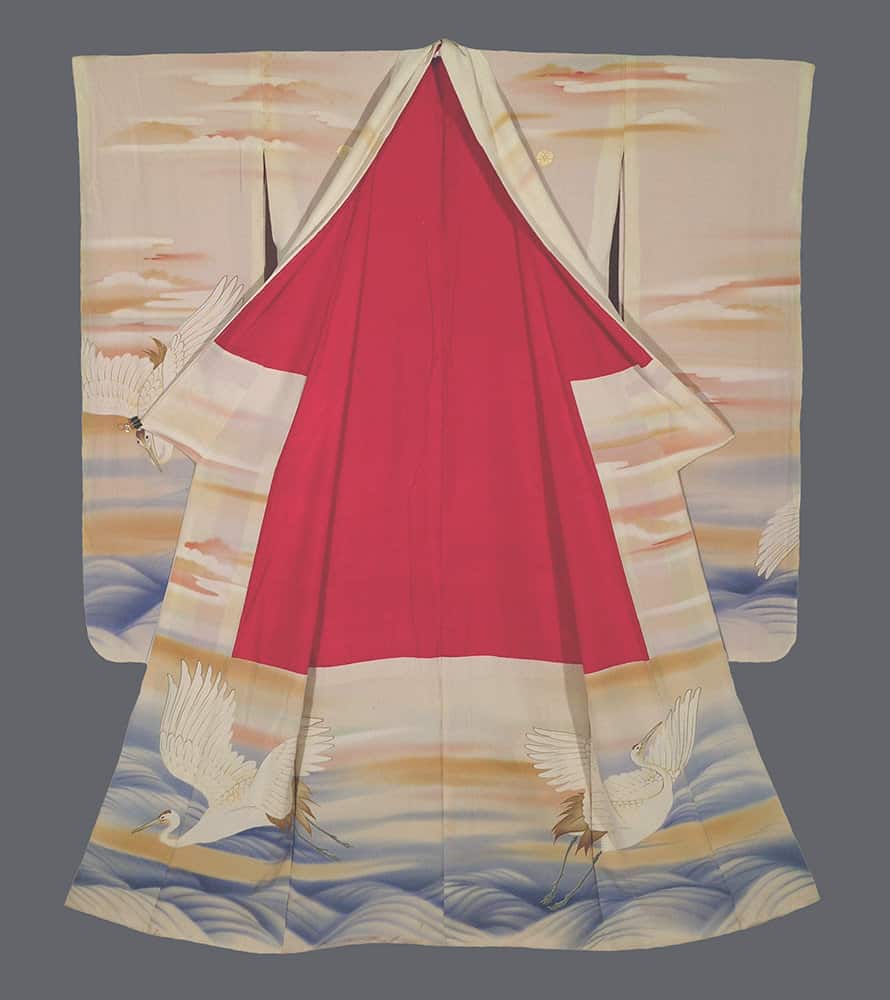 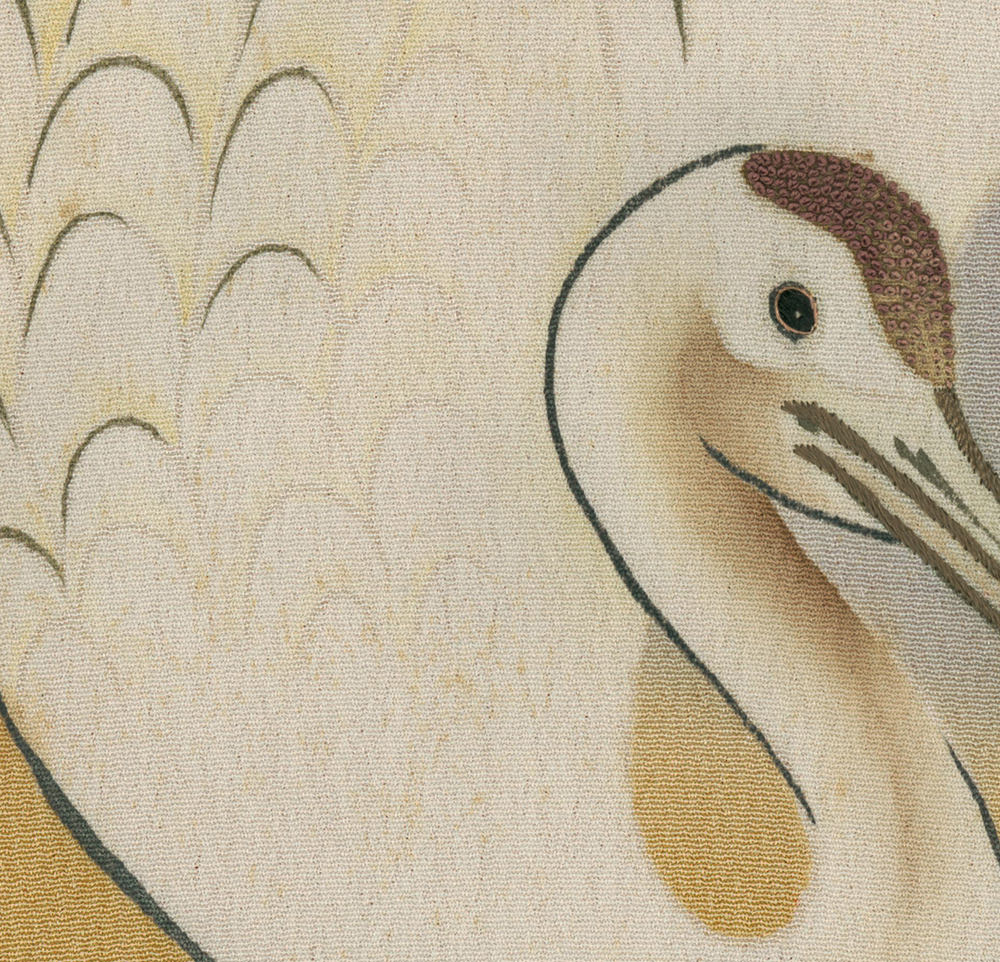 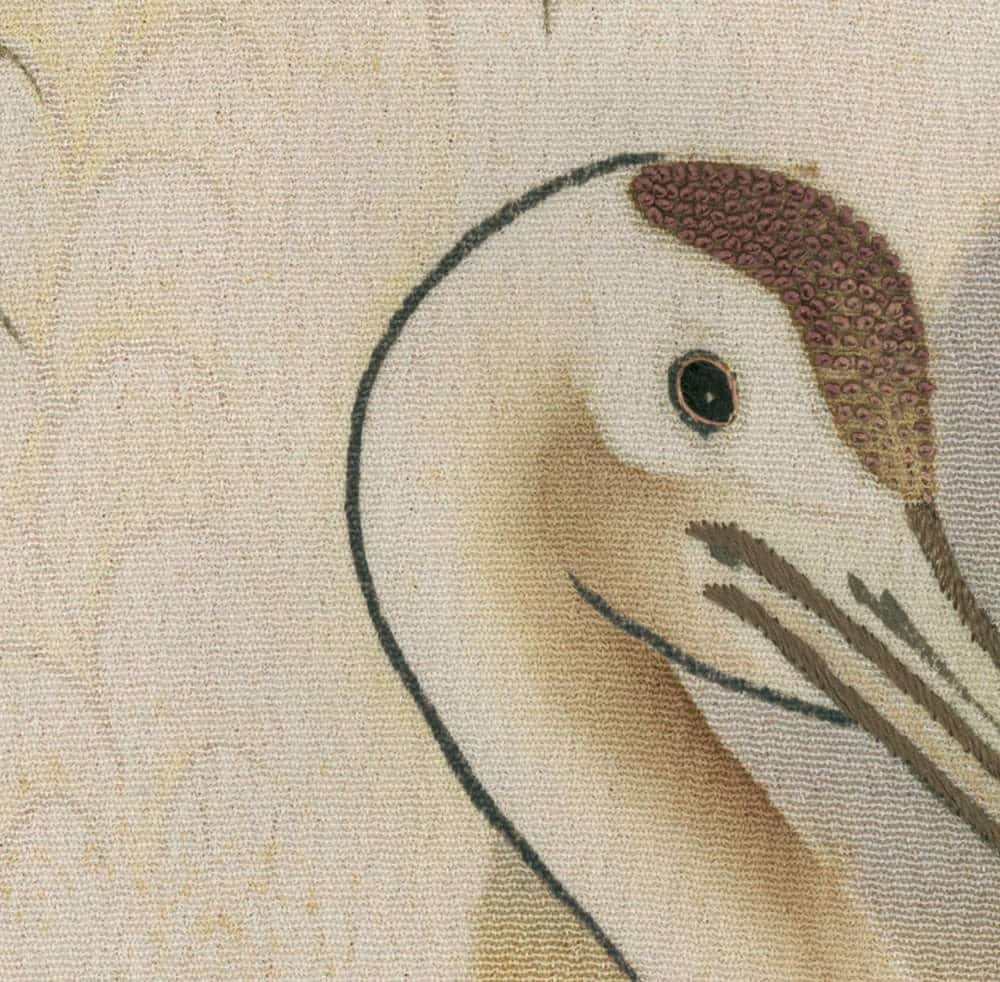 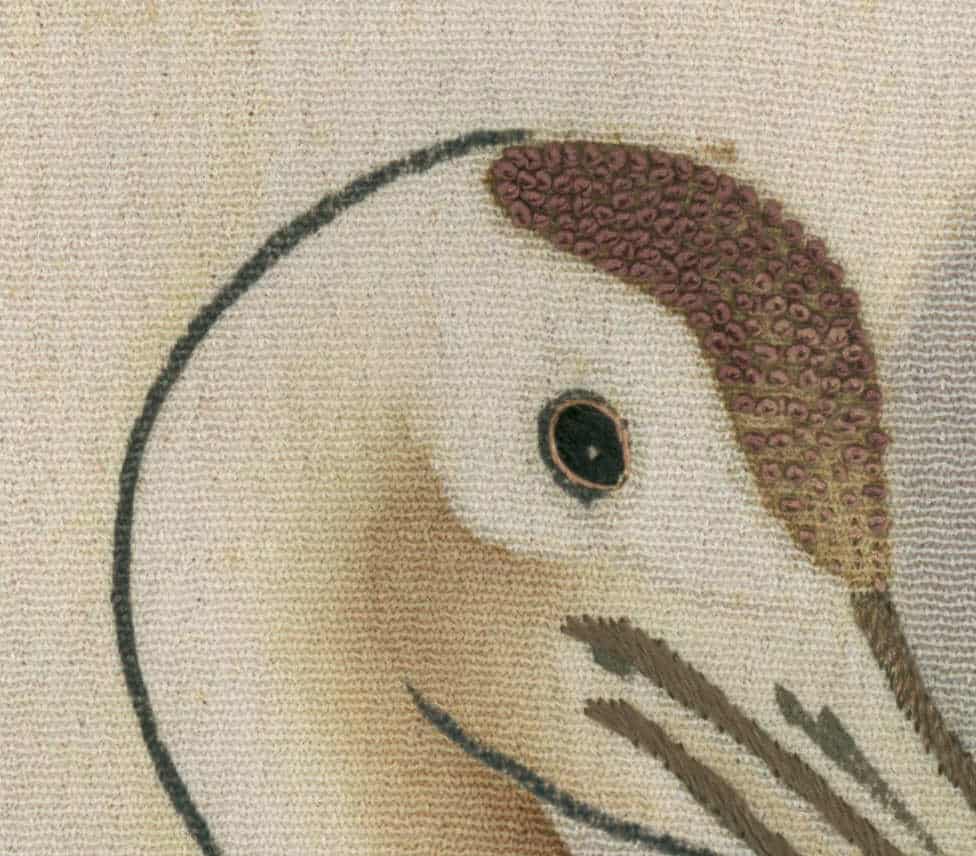 A kinsha silk furisode featuring yuzen-painted flying cranes created with embroidery and sagara highlights. Five gold-foil mon. Areas with patina (see images). 49" from sleeve-end to sleeve-end x 60" height. The Japanese regard the white crane as the premier symbol of longevity and good fortune. Kimono multilayer sets - called "kasane" - were popular among the Japanese aristocracy during the Heian period of a thousand years ago. Over the past few centuries, until the end of the Taisho period, such three-kimono sets were sometimes commissioned by the premier kimono artists by wealthier families. 2410c is the innermost (referred to as "second shitagi") of a 3-piece set (items 2410a and 2410b complete the set). Traditionally, the outer kimono was black in color , the next kimono red, with the innermost -- this example -- white. This example has a traditional layout for an inner furisode, bearing close similarities to the one on page 47 of the publication "Taisho Kimono" ISBN: 978-88-572-0011-8, to the point that they may have both been designed by the same artist.