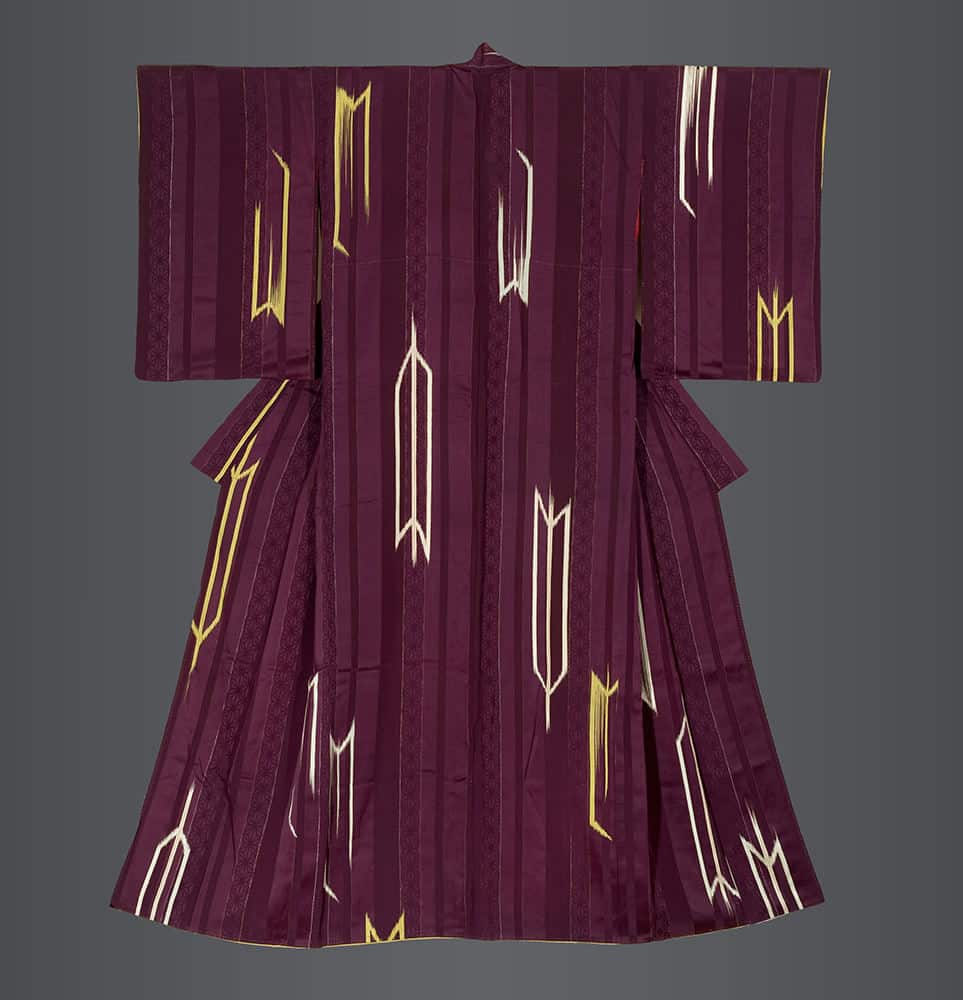 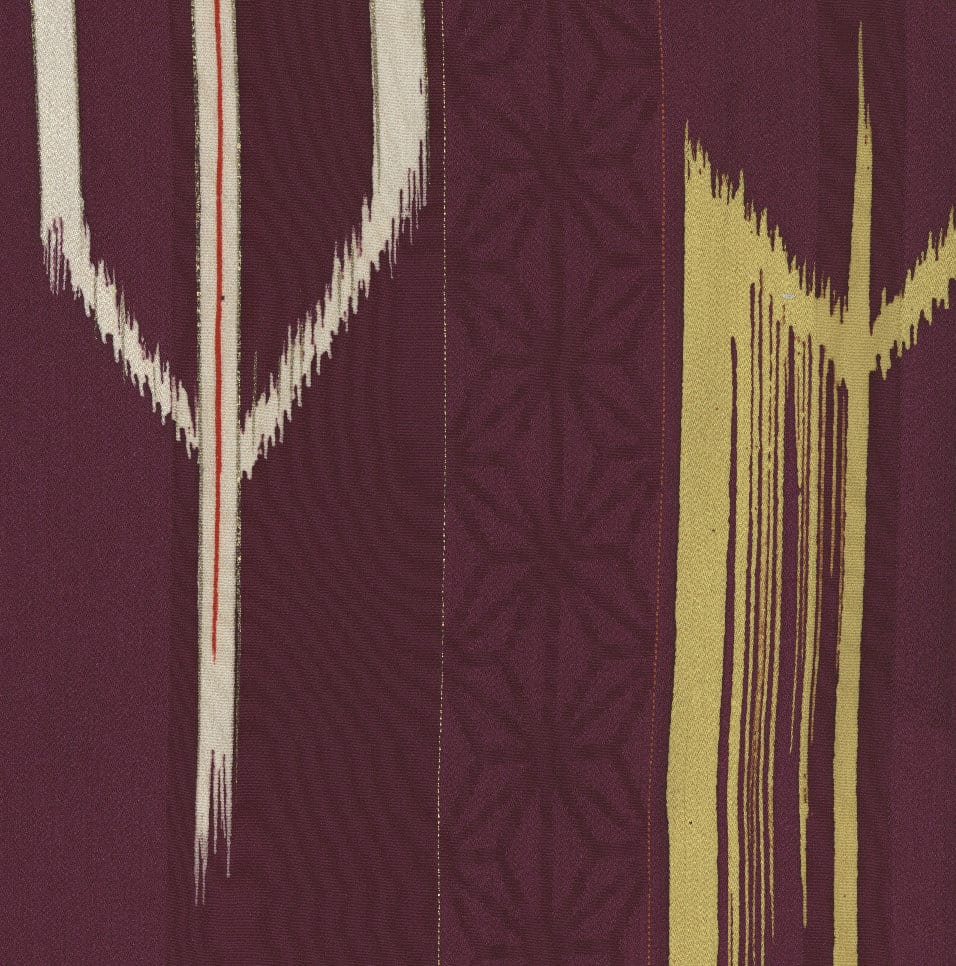 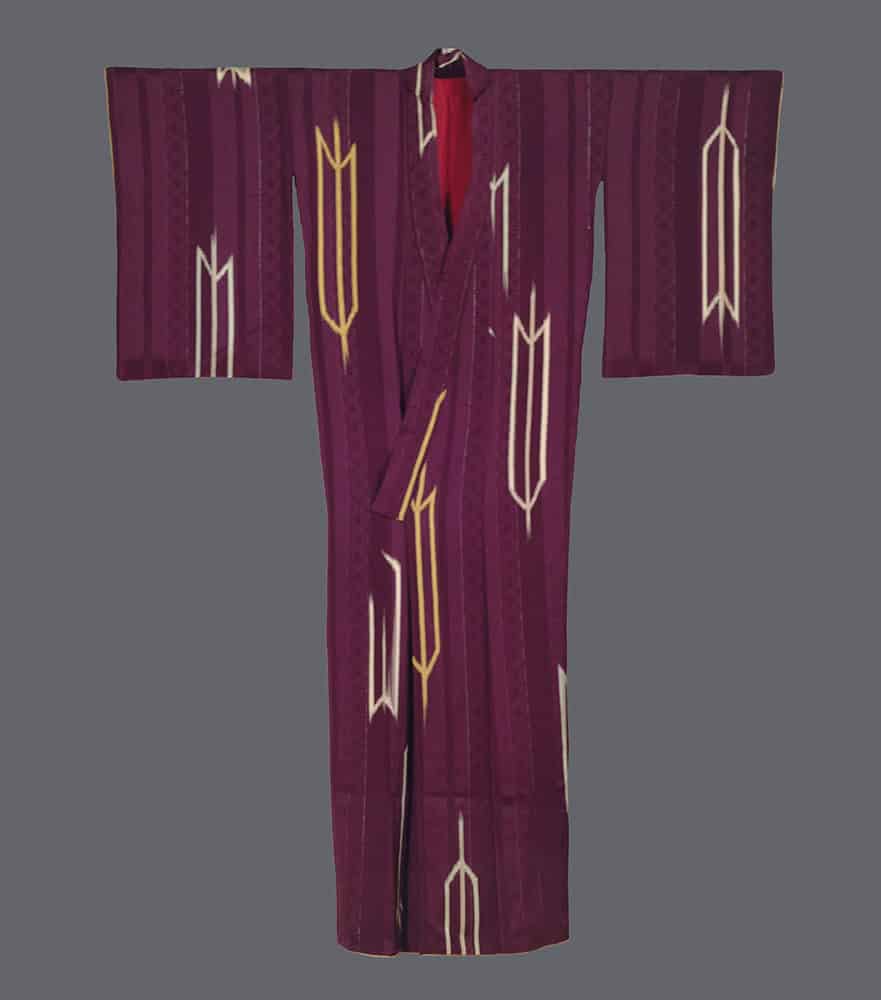 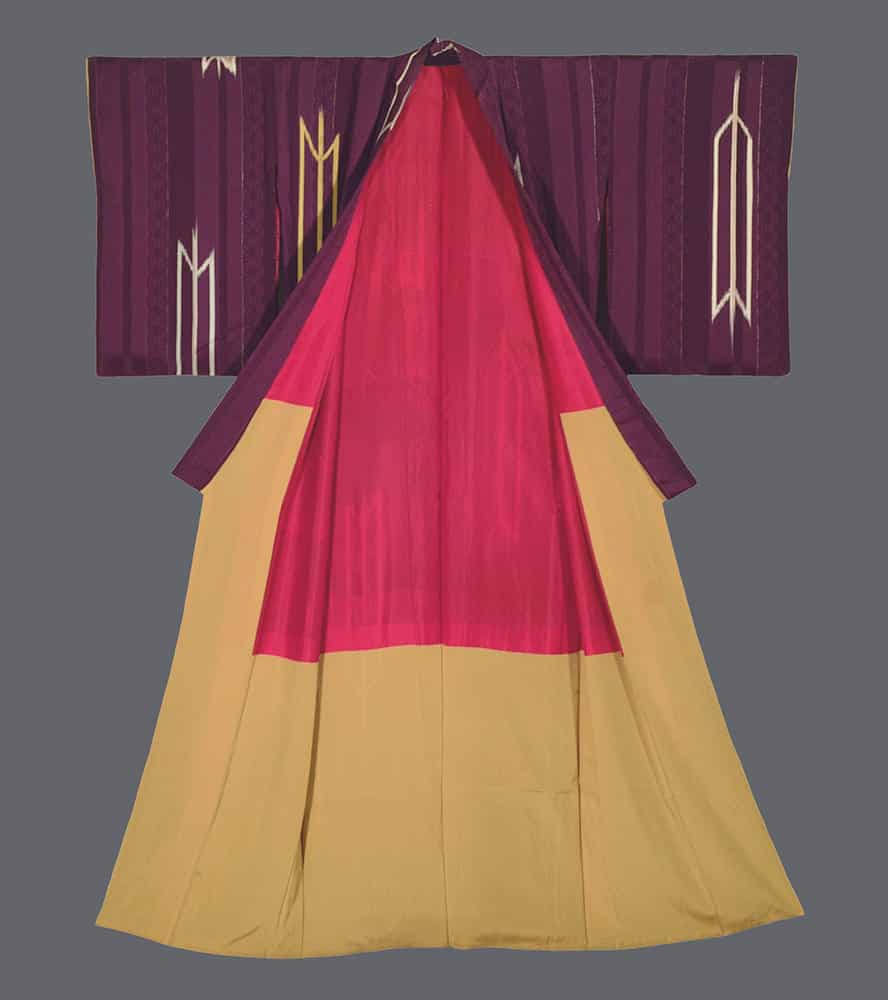 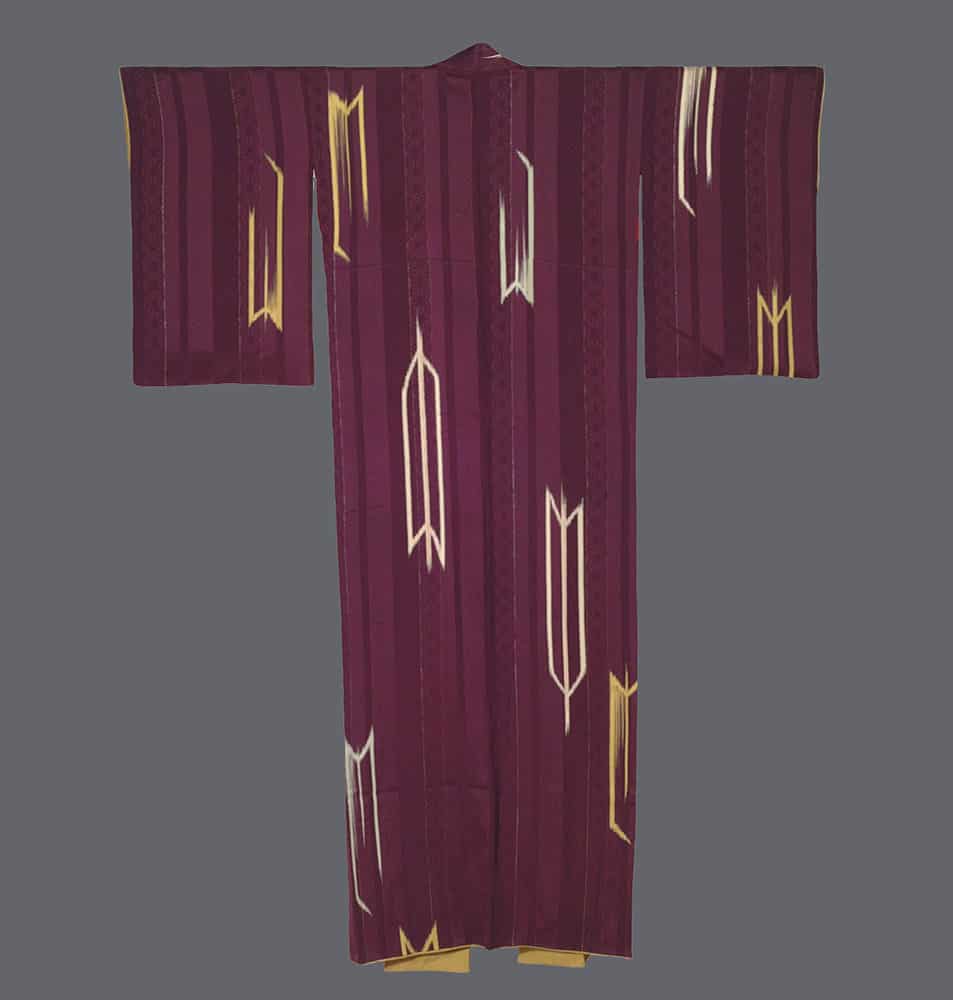 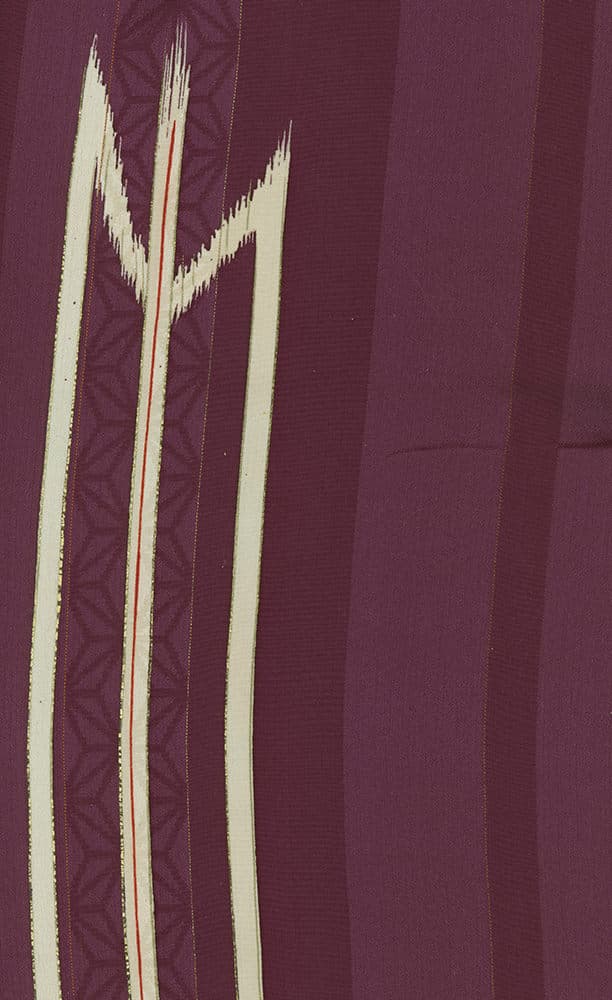 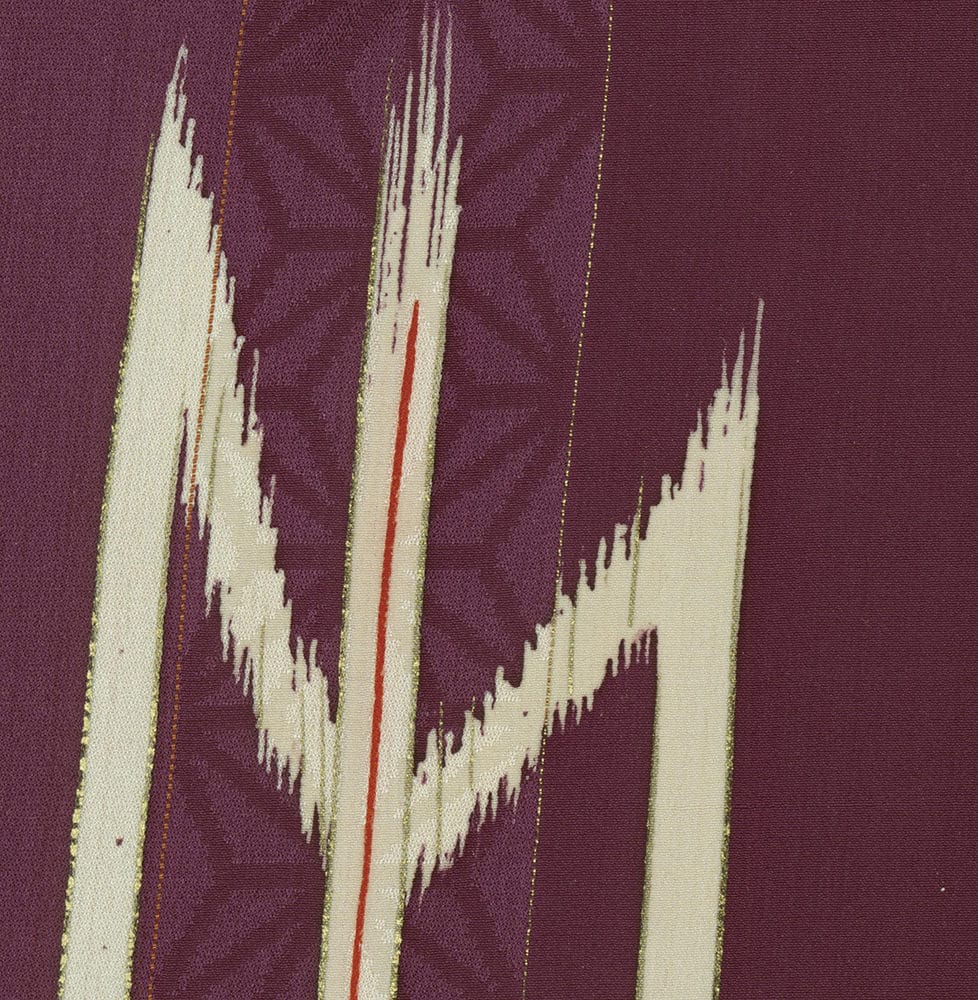 A silk kimono featuring large white and yellow stenciled arrow-feather motifs on a wine-colored background. 49" from sleeve-end to sleeve-end x 63" height. The arrow feather (yabane) motif first became fashionable in Japan as early as the Heian era -- initially with martial connotations -- and during the Edo era it was often used on kimono for ladies in waiting. The motif was very popular on schoolgirl and teacher kasuri (ikat) kimonos of the mid to late Meiji period. During the Taisho and early Showa periods the yabane was a popular woman's kimono motif, created via shibori, stenciling, or yuzen-dyeing. The arrow-feather motifs were most often vertical, but sometimes created at an angle. The Yabane pattern , like most geometric motifs, is all-season, however, it has an auspicious association with weddings -- like an arrow shot from a bow a bride does not return to her parents' house. The design style of item 2011 can be classified as 'iki", the Japanese word referring to a restrained, simple aesthetic.