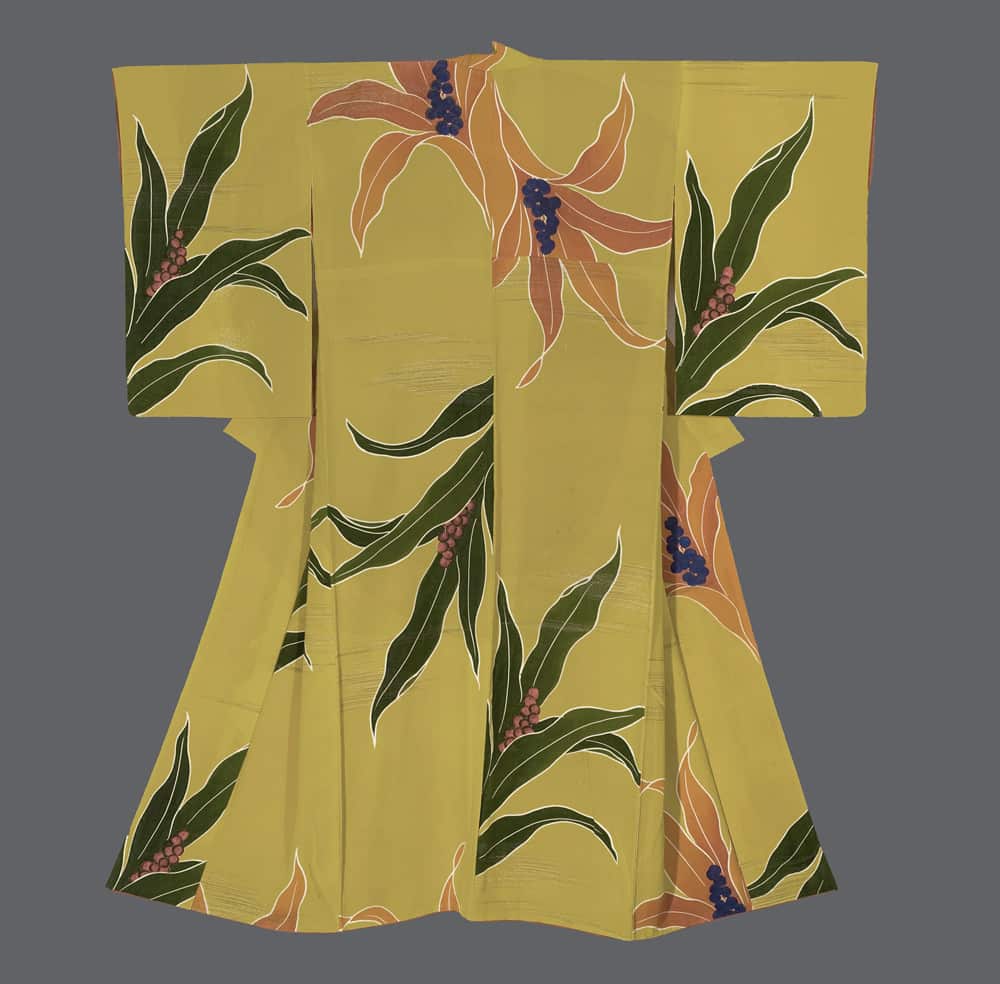 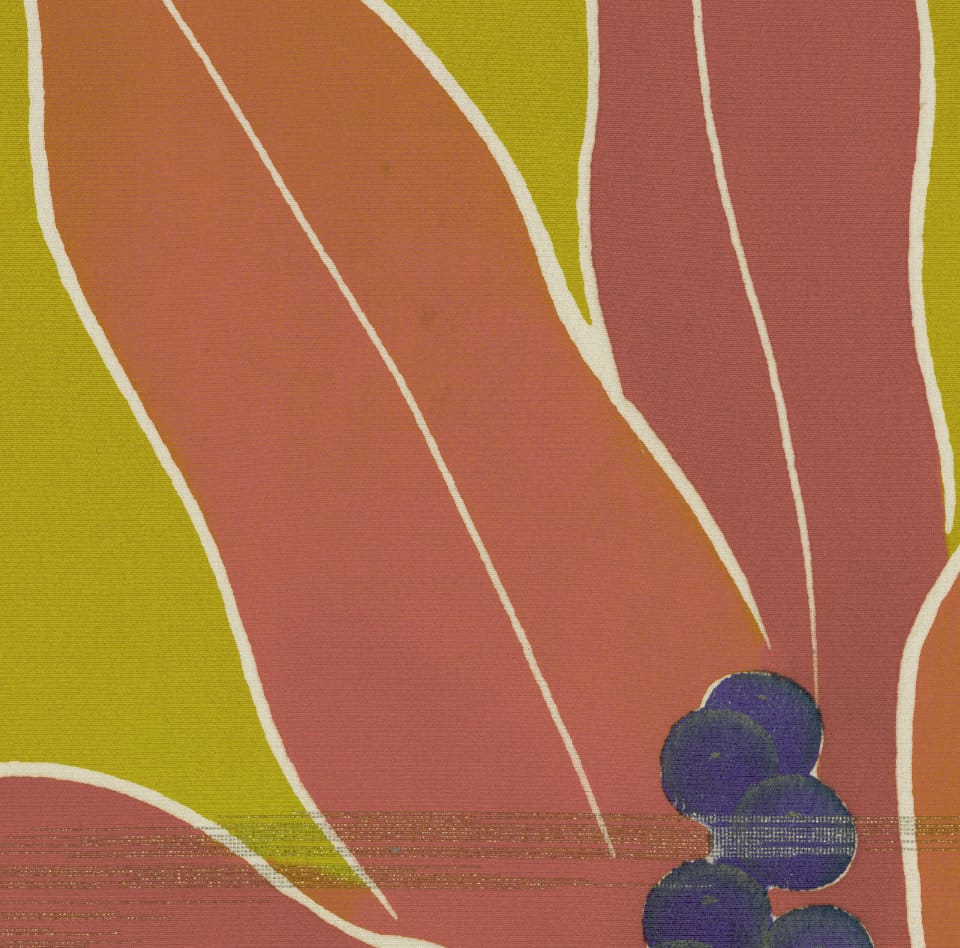 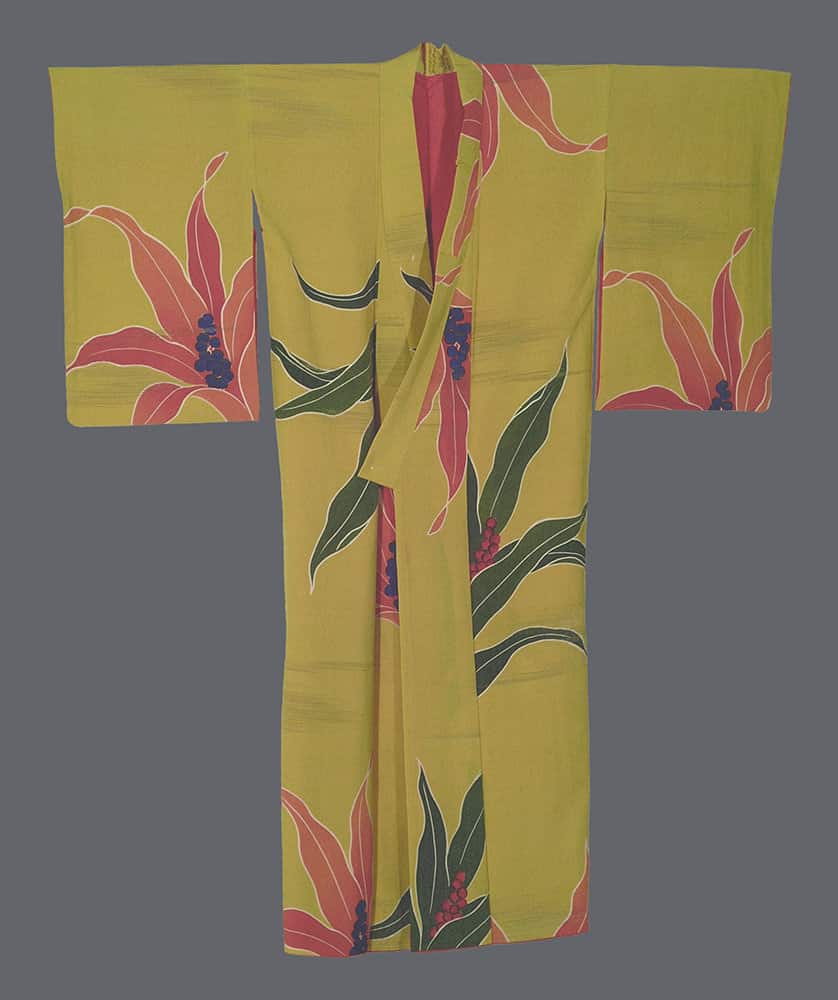 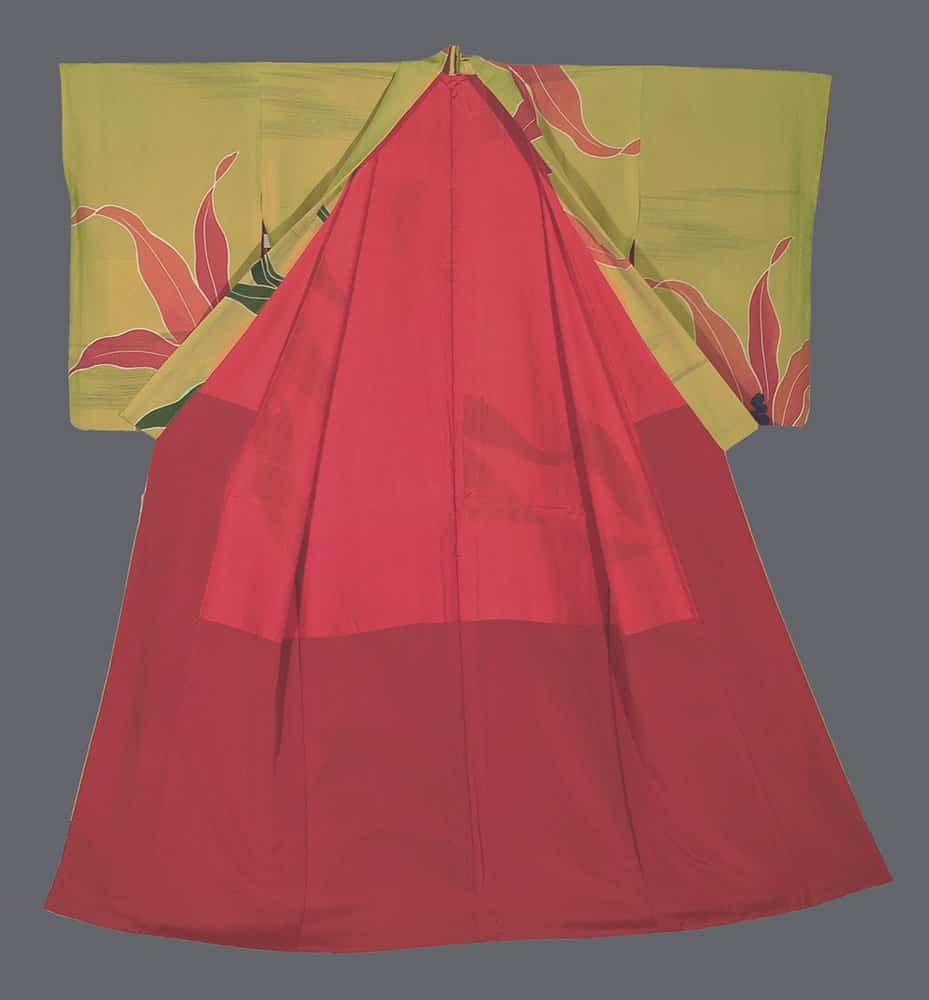 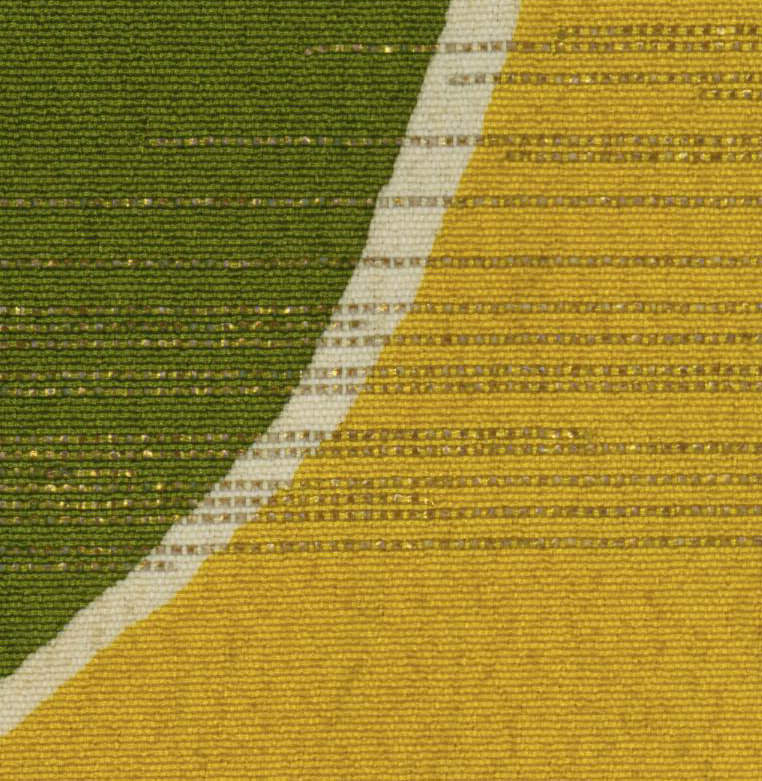 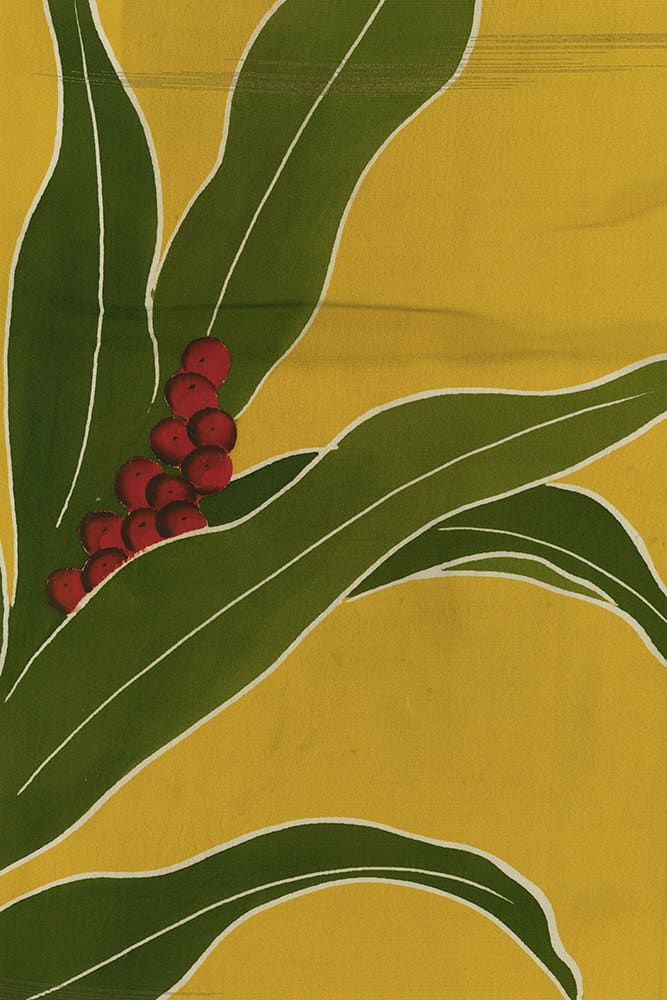 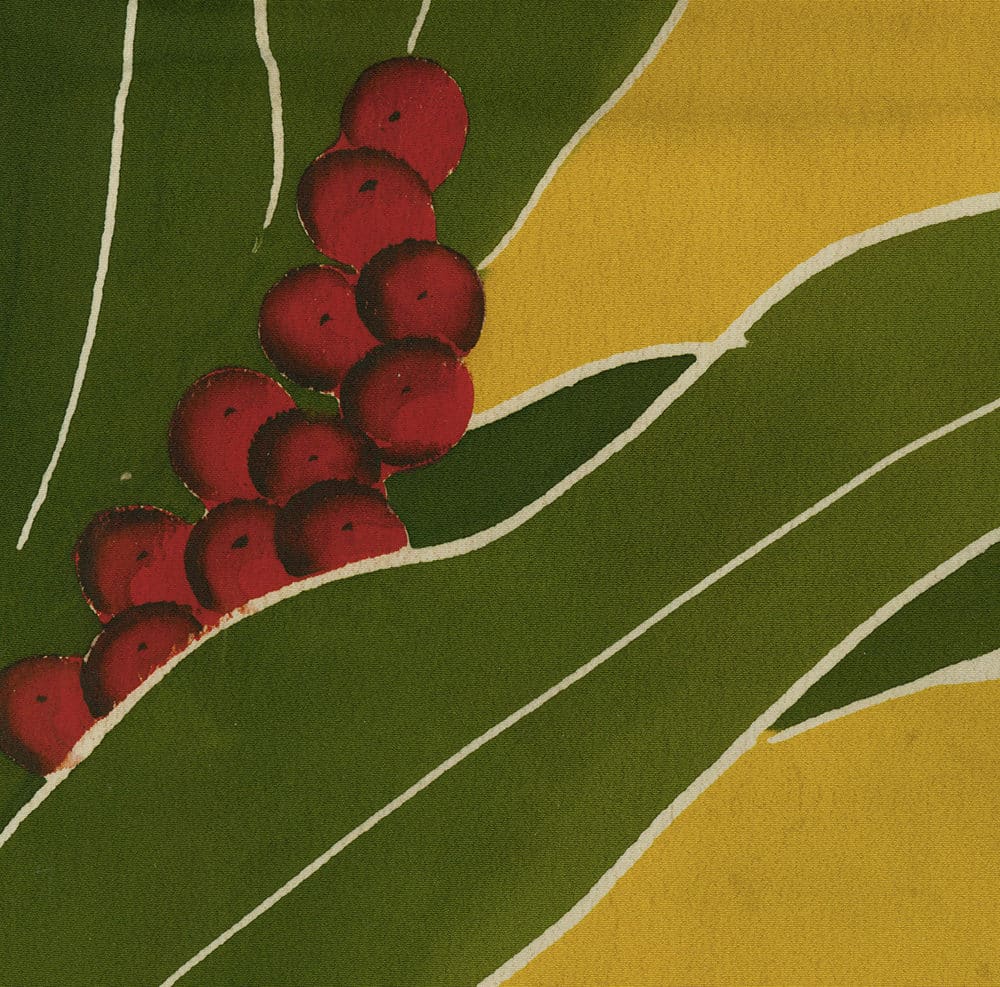 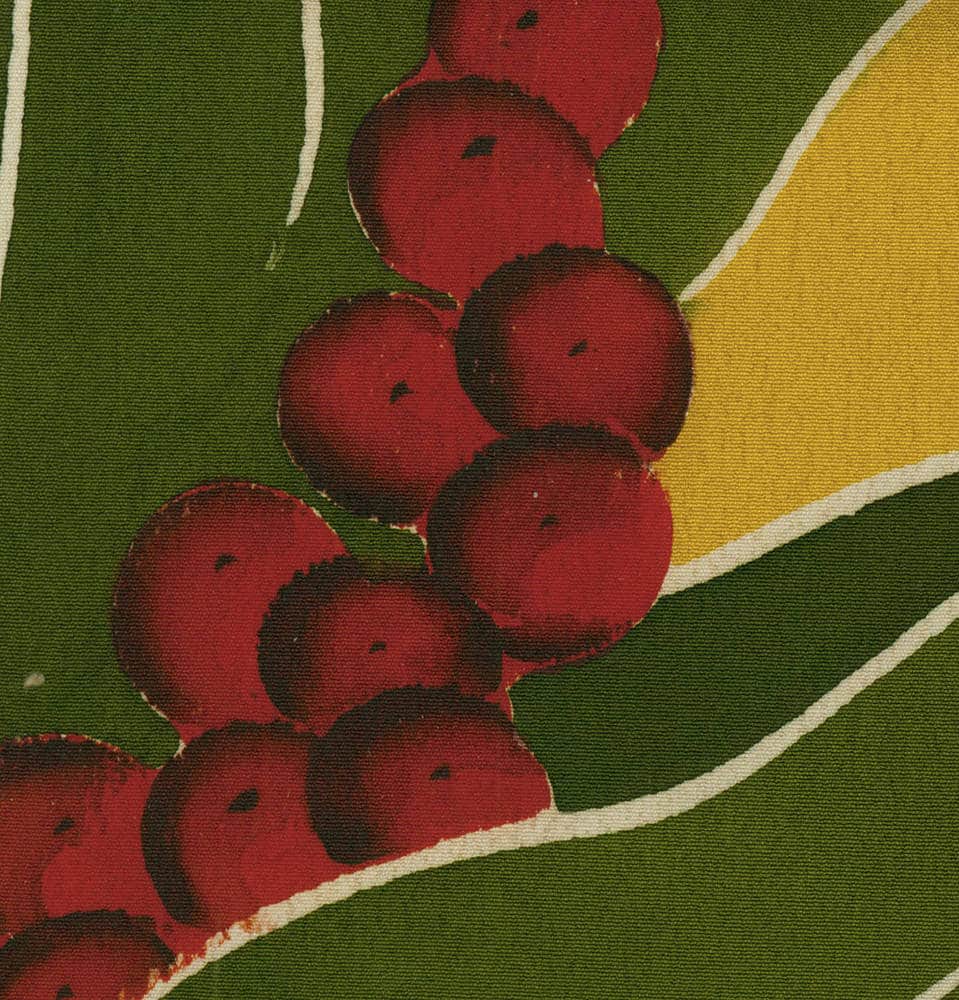 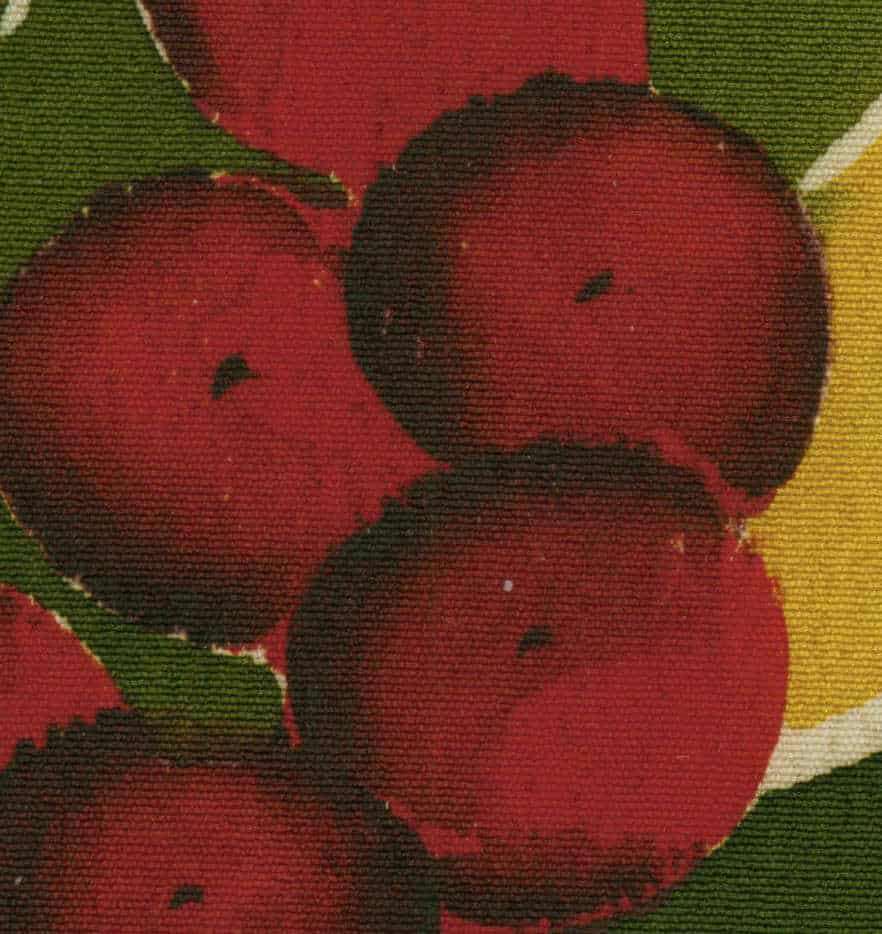 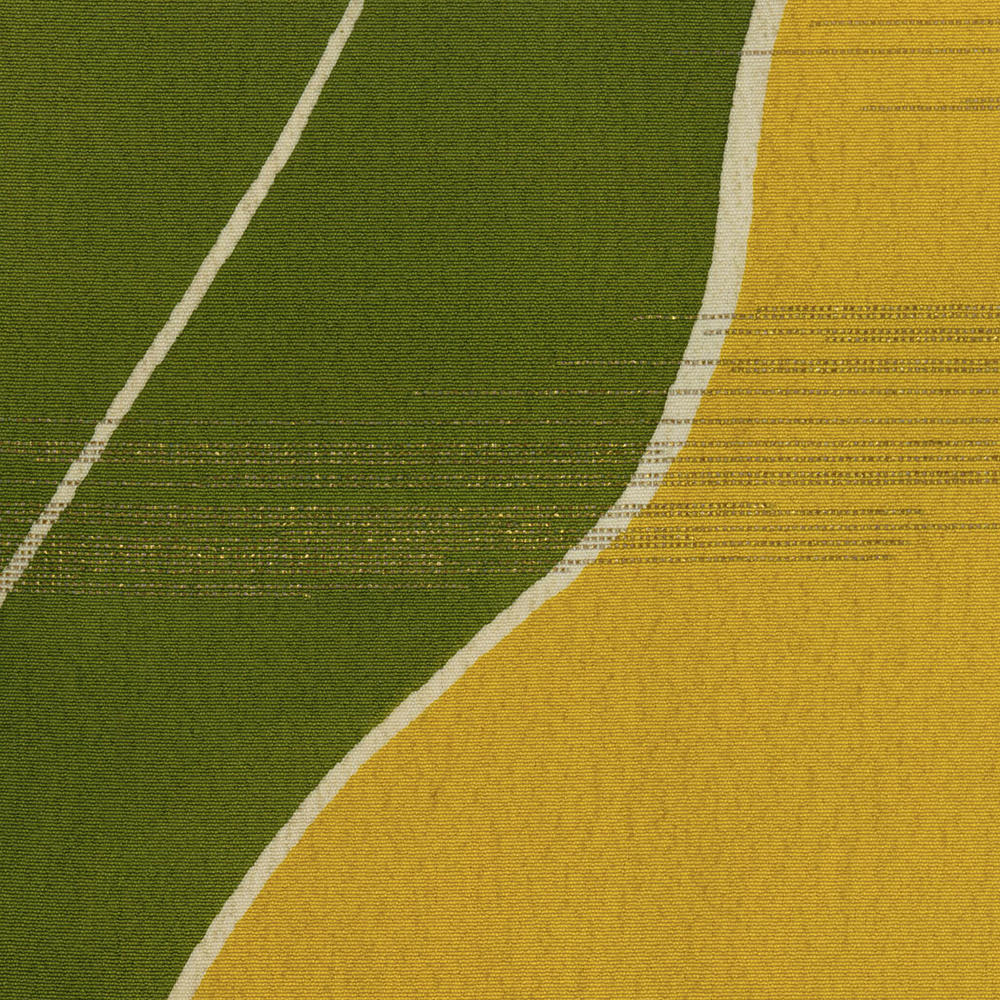 A silk kimono featuring large rohdea (Japanese sacred lily) motifs on an unusual yellow background. 50" from sleeve-end to sleeve-end x 58" height. The "Japanese Sacred Lily" is an evergreen perennial suited for dry woodlands. As early as the 15th century, rohdeas were being used as a foliage filler in Japanese floral arrangements. Since the Edo period (17th to 19th century) the Japanese realized the variable nature of rohdeas when grown from seed and began collecting dwarf, contorted, and variegated cultivars (which today total about 1,000). The rohdea motifs on this kimono have no known auspicious connotations, rather, this rare motif was placed on this garment for its decorative effect. The use of the bold, saturated colors on this kimono is typical of some of the more adventurous Taisho-period design - it is remarkable that such a 'modern' graphic statement could have been created 100 years ago.