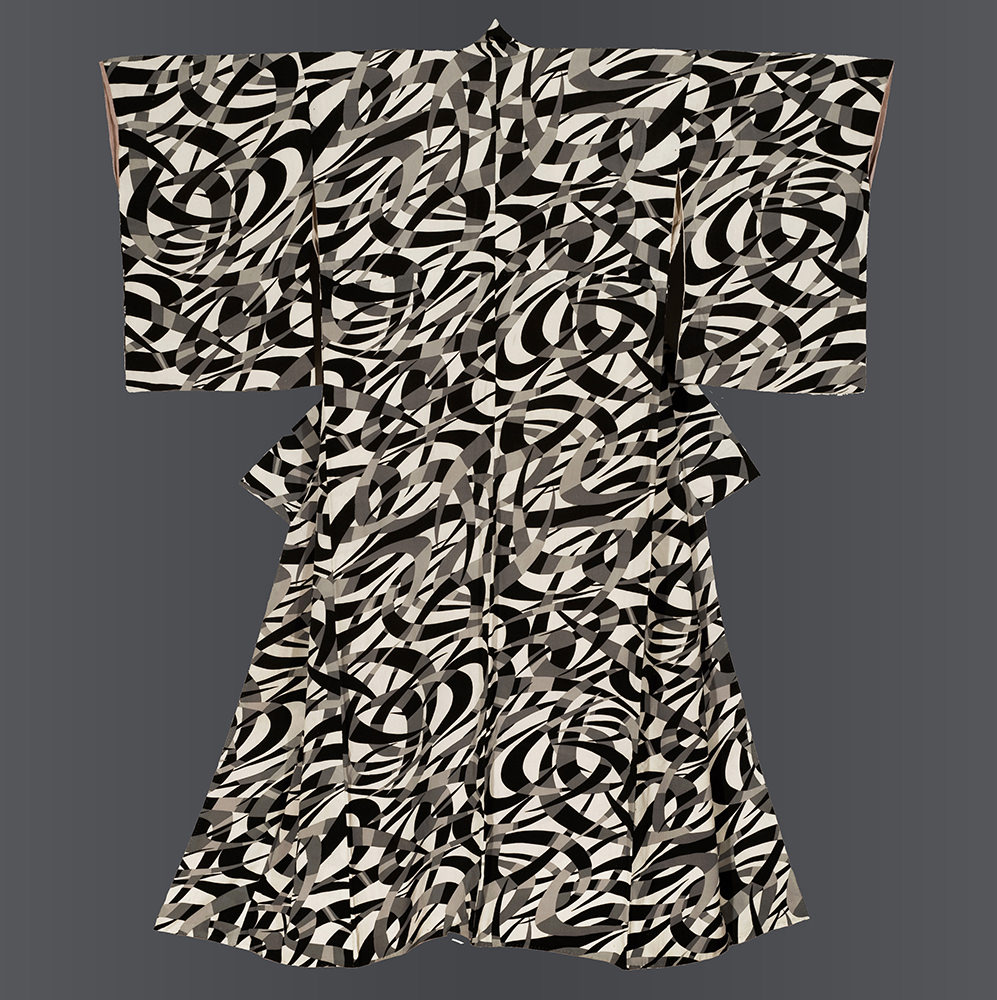 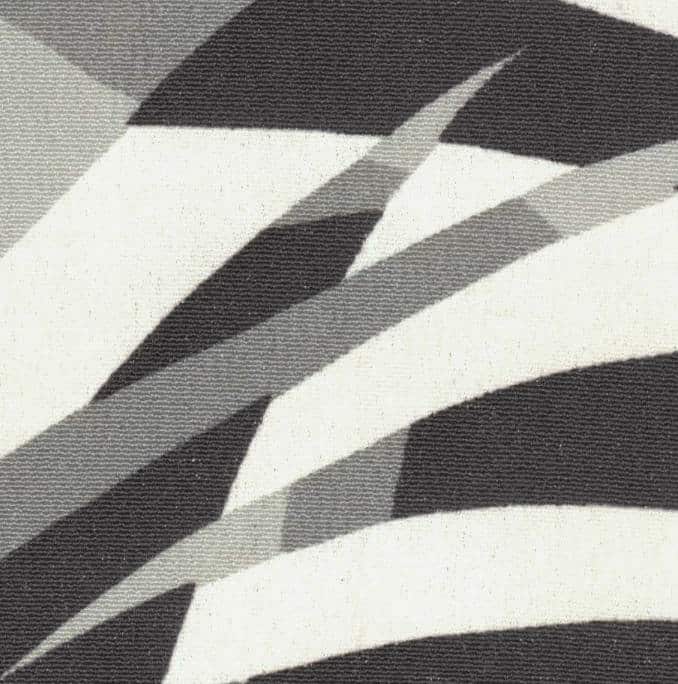 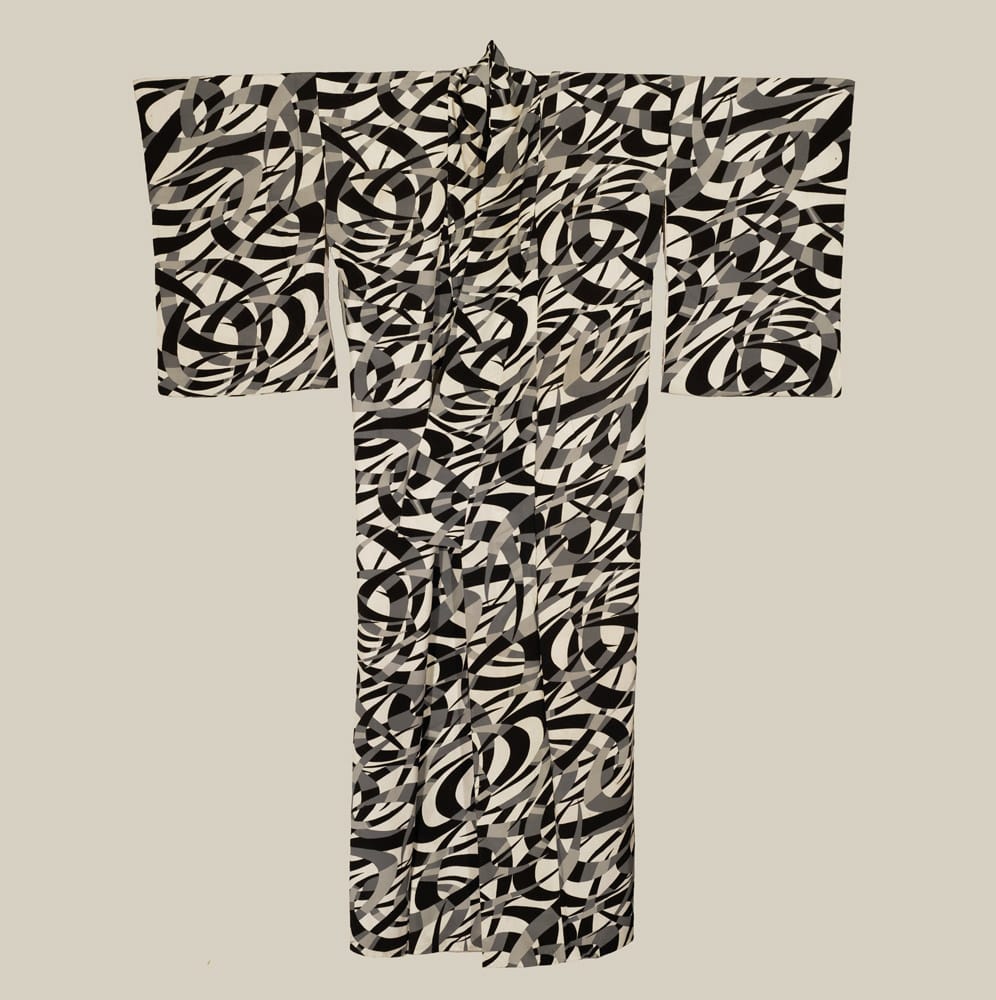 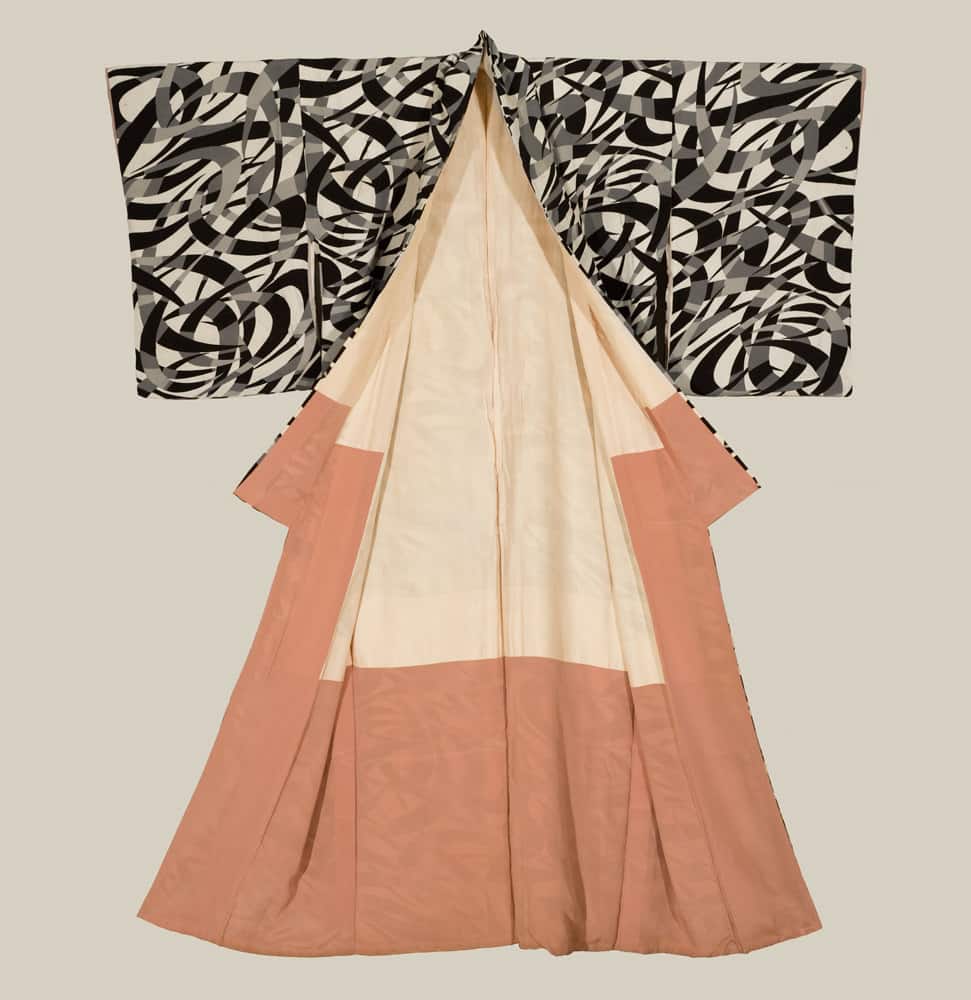 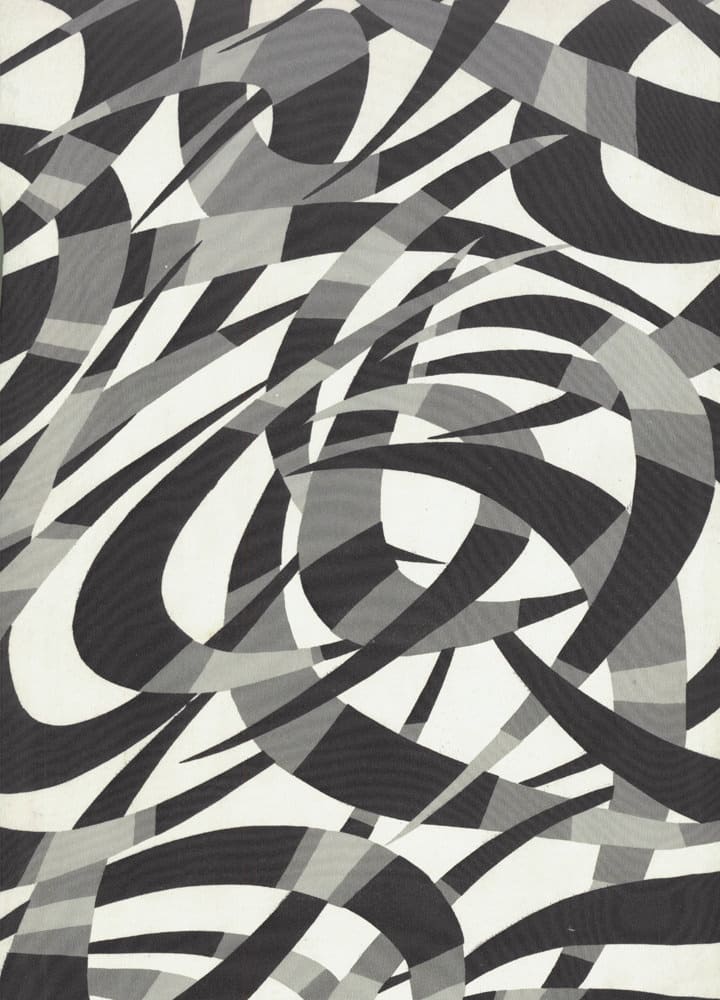 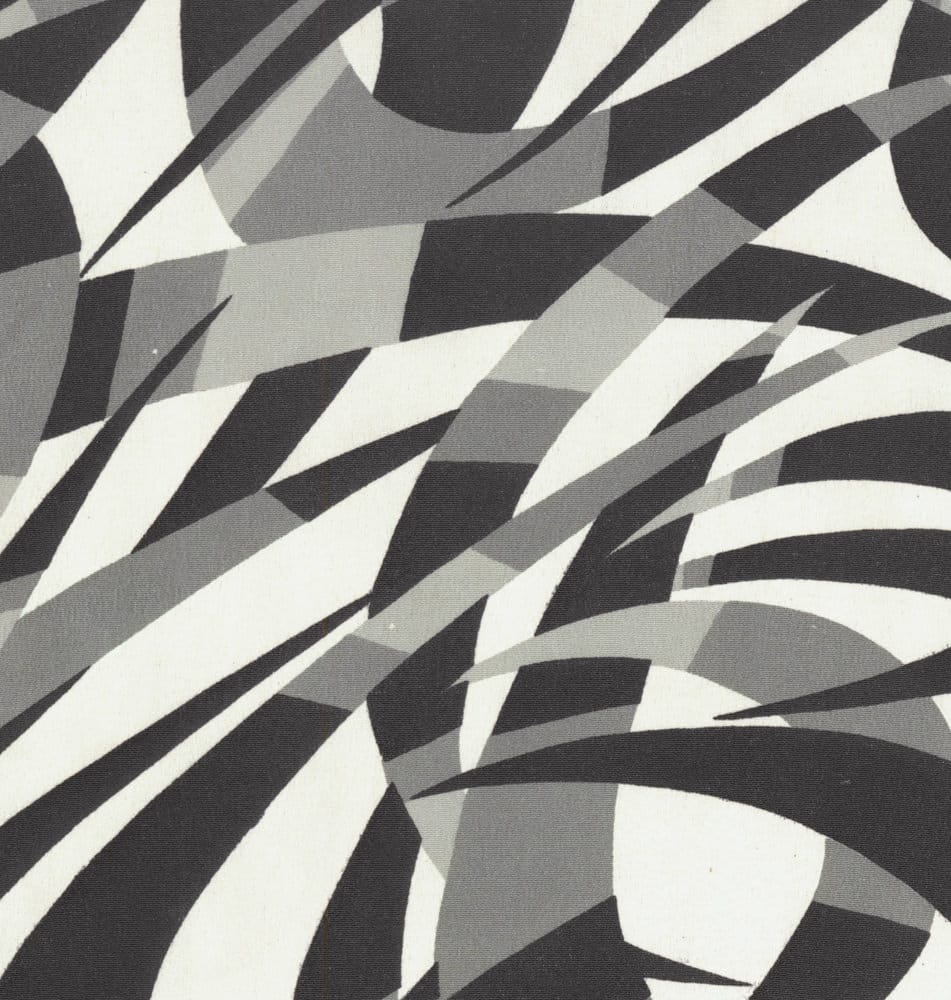 A black and white chirimen silk kimono featuring stenciled abstract patterning. 49" from sleeve-end to sleeve-end x 50" height. The first great art experimentation in Japan occurred during the exuberant and confident Taisho and early Showa periods of the 1912-1940 period. This dazzling kimono reflects the influence on Japanese art from Europe and North America during this period. The influence that Japan had on the development of Art Nouveau and art Deco in the West is profound, but there has been little research on the cross-pollination of art influences between the Japanese and the West during several decades preceding WWII. A lot of extant kimonos from this pre-WWII period - especially meisen silk ones - sport clearly Western-influenced 20th century art styles. However, is the art on kimonos like this example only influenced by the West, or is their more art breakthroughs in Japan during this period than has been researched and documented?

Price:
$
12,500.00
US
Available: Inquire
GalleryOrderingContactAbout UsGallery StatementNewsGlossary
Copyright © 2023 Yorke Antique Textiles
Thank you! Your submission has been received!
Oops! Something went wrong while submitting the form.