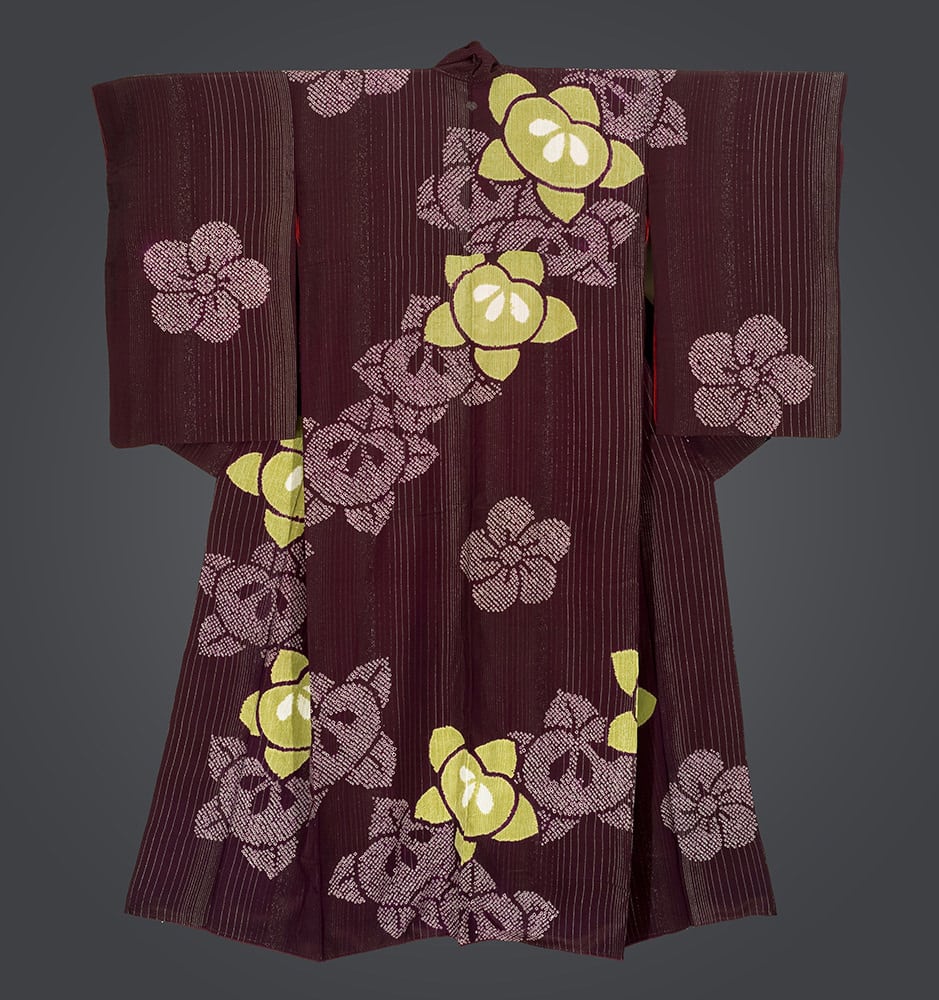 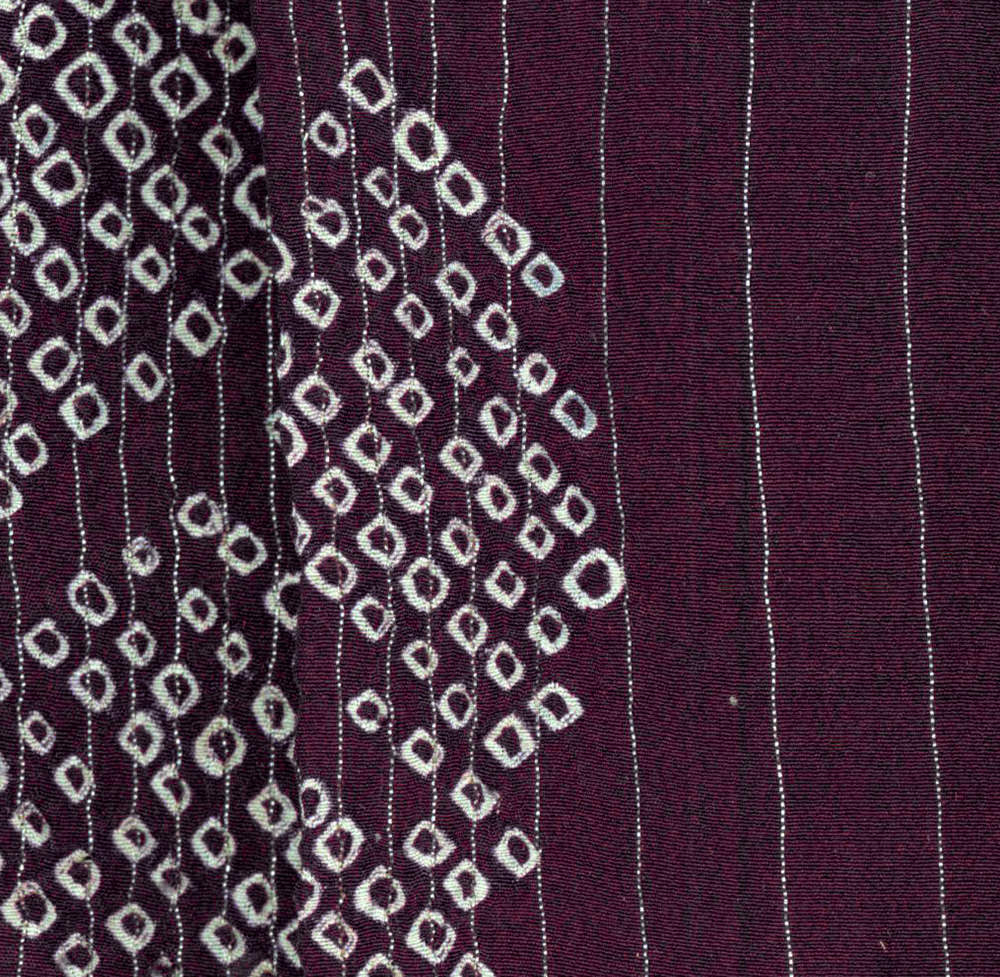 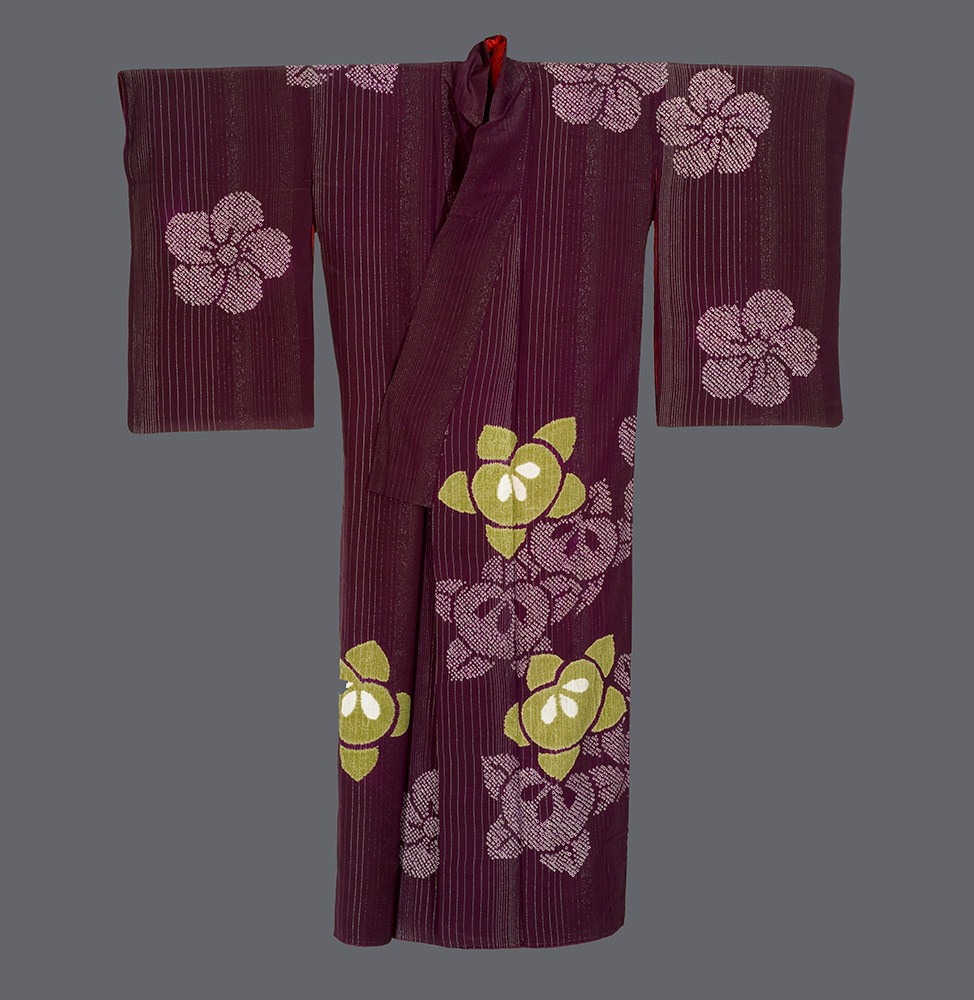 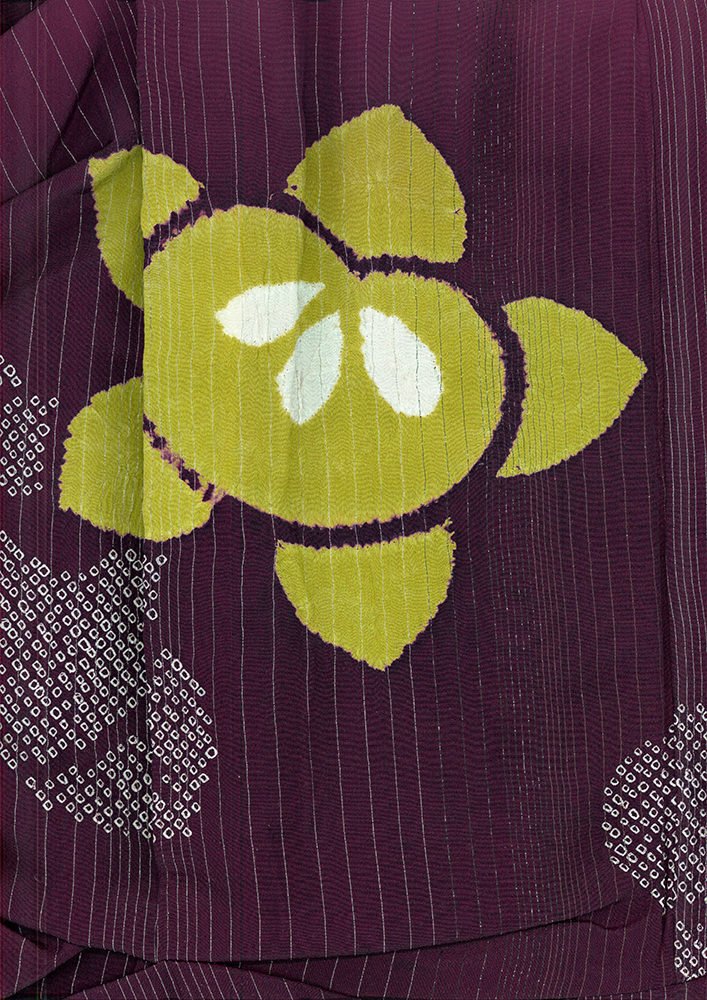 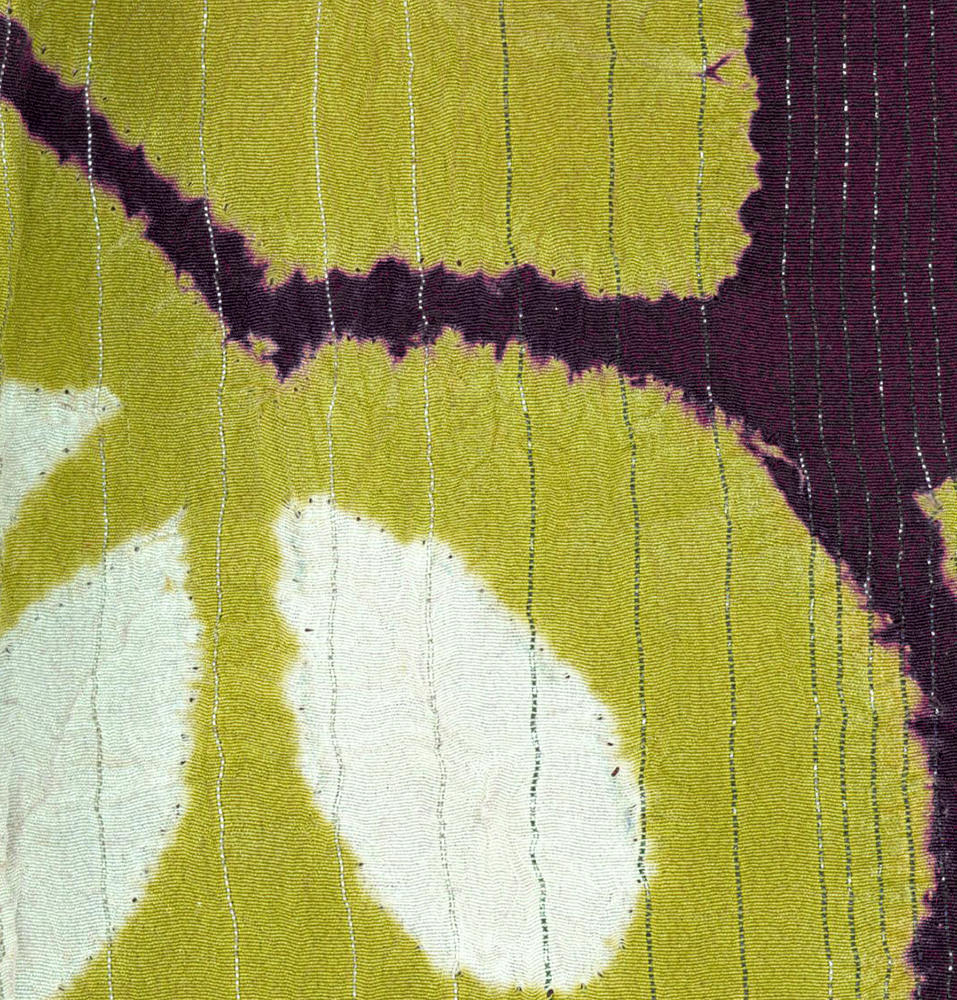 A silk kimono featuring shibori-dyed mandarin orange and plum blossom motifs. Vertical silver foil thread inserts provide highlights. 51" from sleeve-end to sleeve-end x 60" height. There are two varieties of shibori tie-dyeing): the yellow mandarin orange motifs were created by tying relatively large areas of cloth, while the white/lavender mandarin orange and plum blossom motifs were created by aggregates of tiny ties. Plum (ume) blossoms are often mentioned in Japanese poetry as a symbol of spring. Japanese tradition holds that the ume functions as a protective charm against evil, so the ume is traditionally planted in the northeast of the garden, the direction from which evil is believed to come. The main motif on this kimono is the mandarin orange (tachibana). As well as being associated with longevity, tachibana is thought to bring luck. When emperor Kanmu relocated Japan's capital from Nara to Kyoto in 794. a plum tree was planted on the left and a tachibana on the right in front of the Imperial Palace. This is another example of Taisho-period artists presenting traditional motifs in new ways.