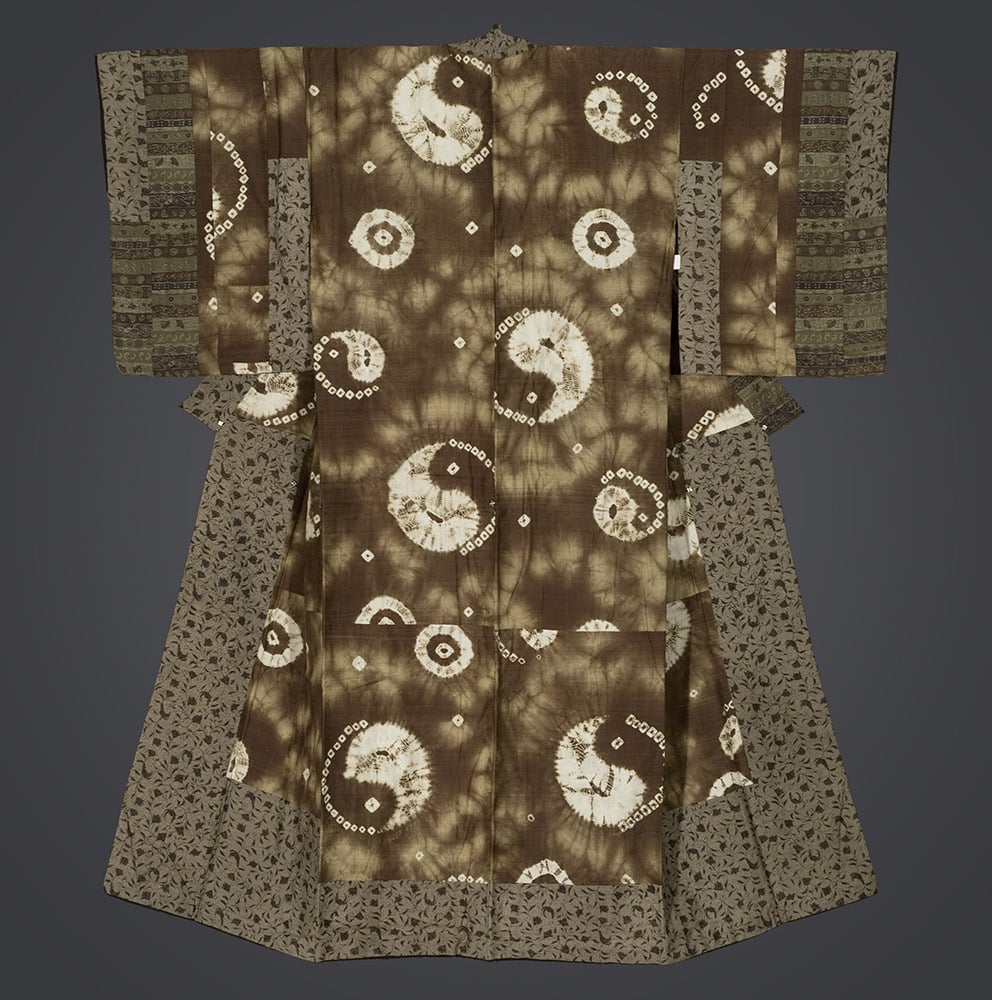 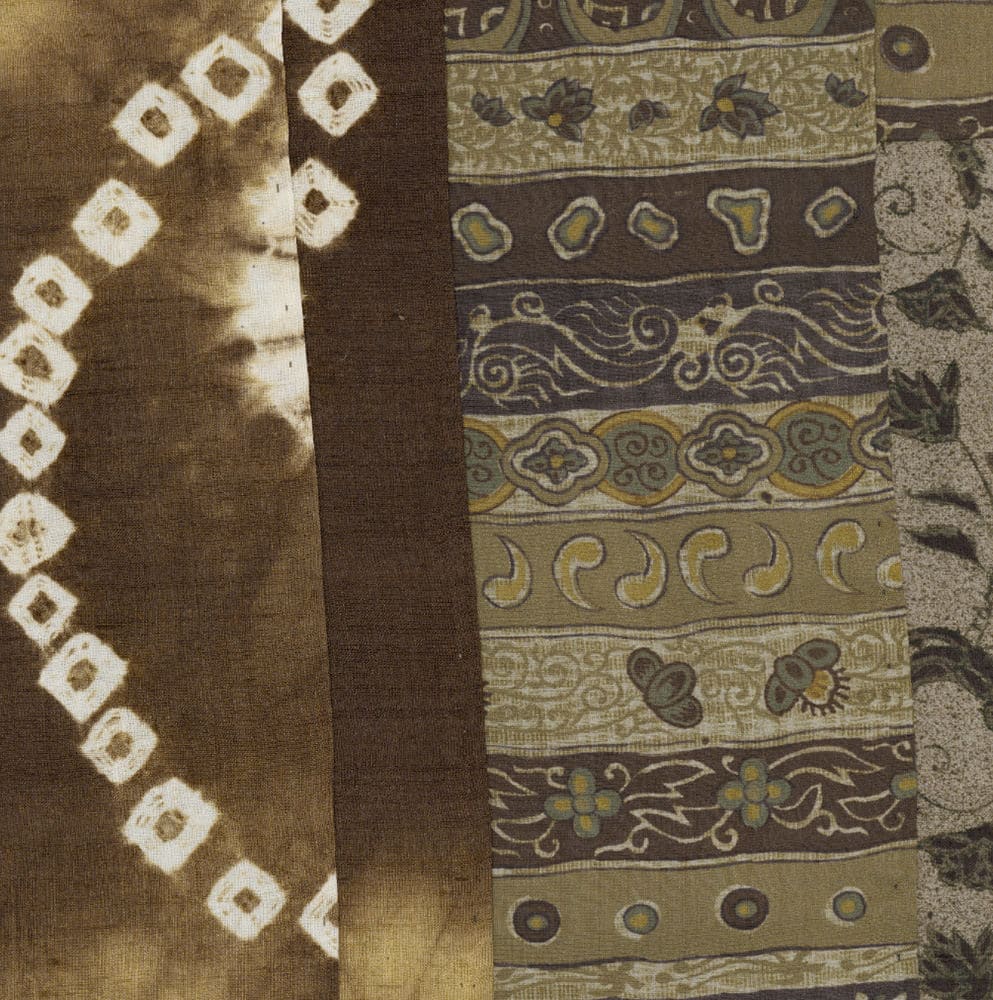 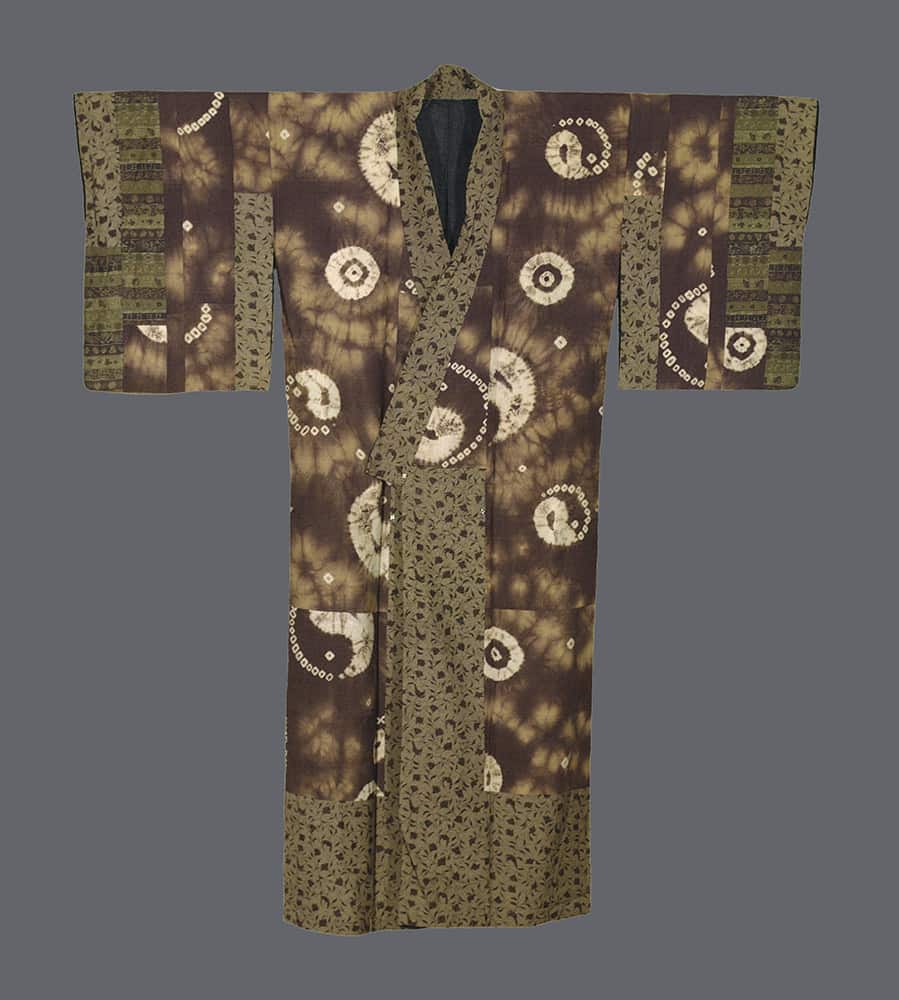 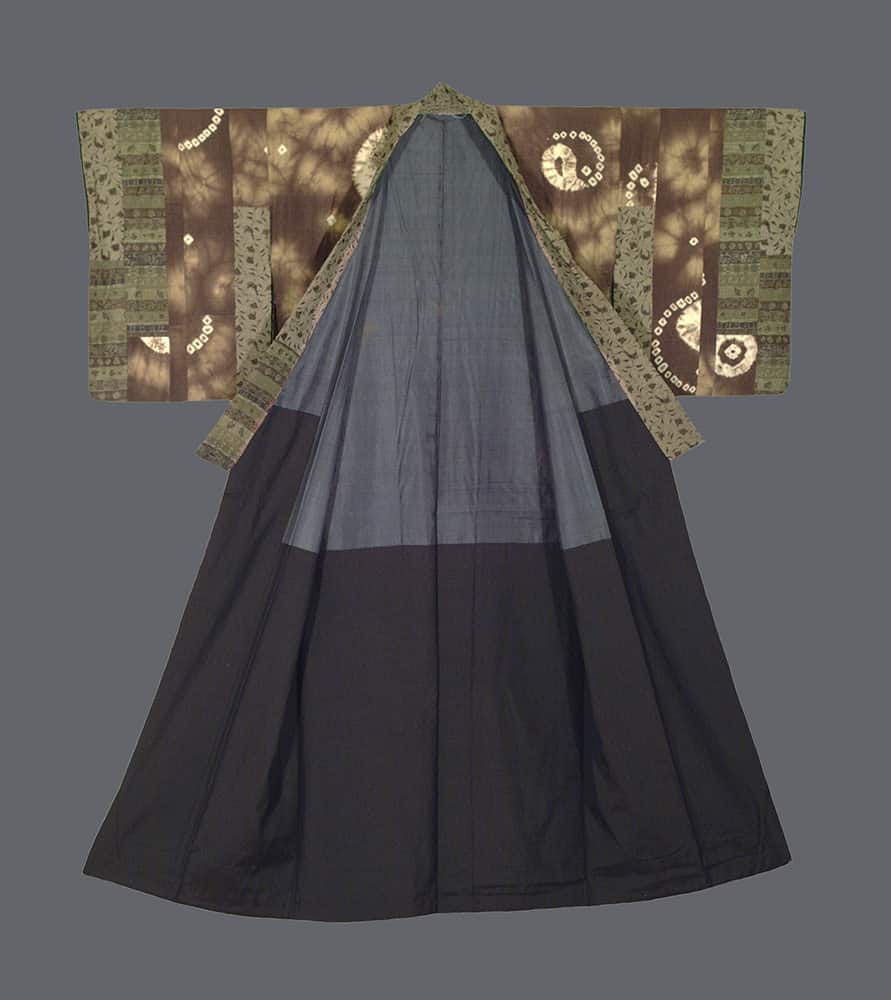 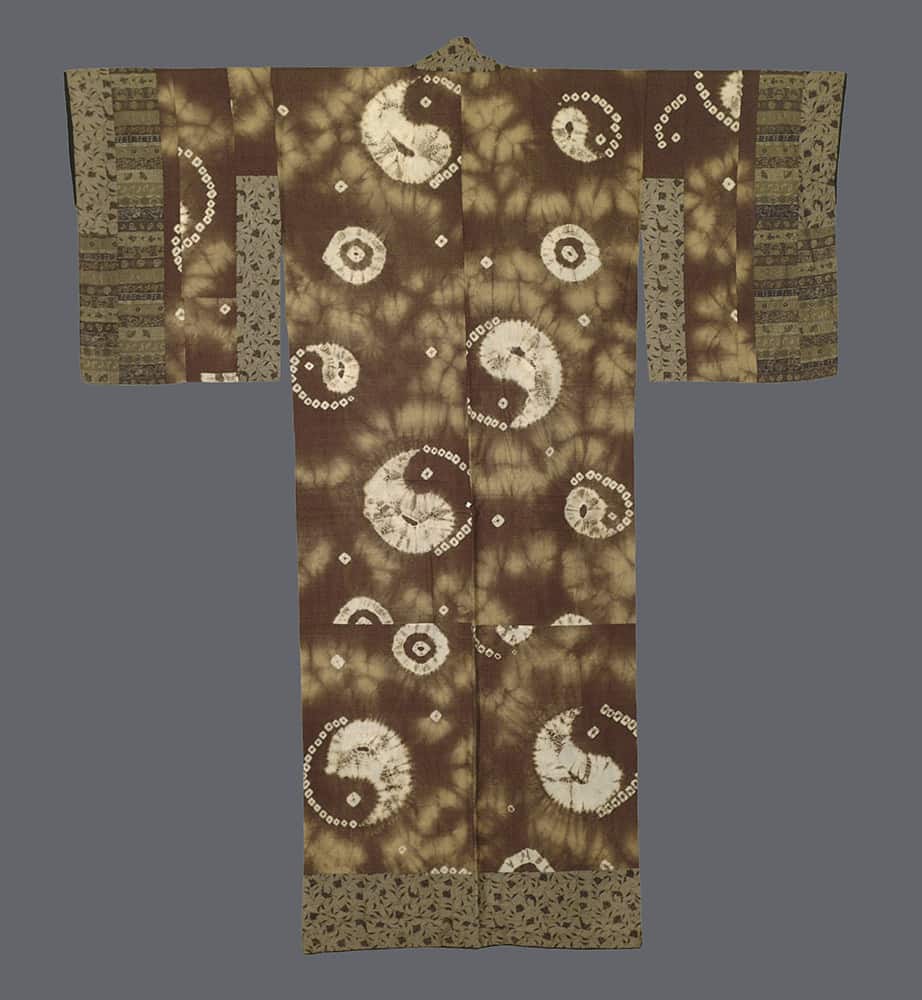 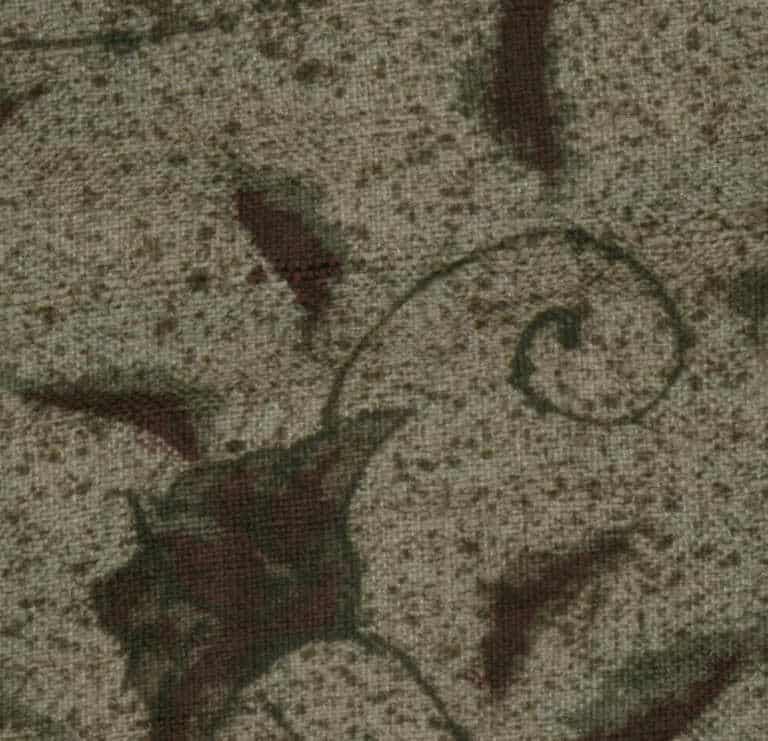 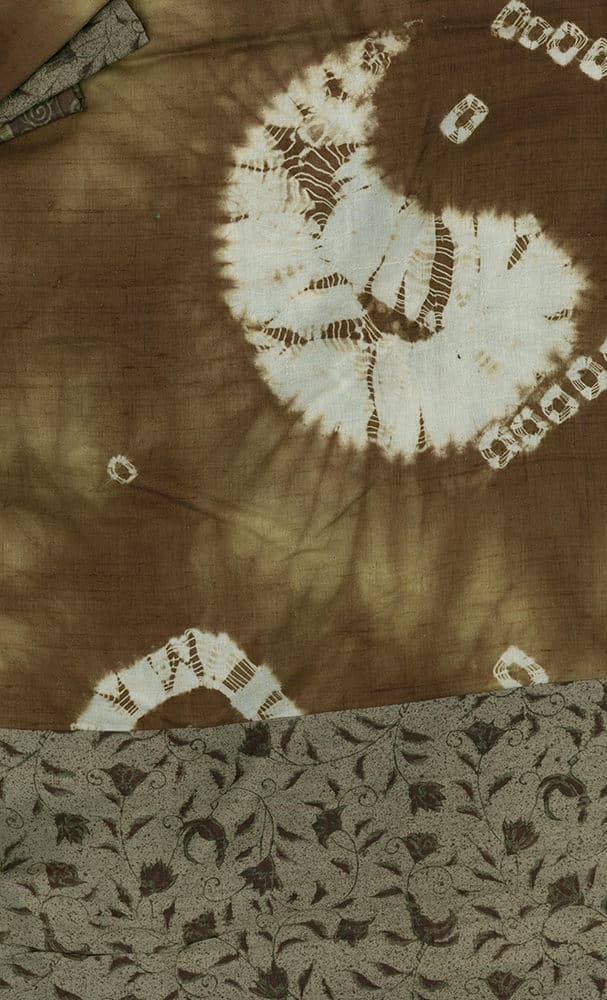 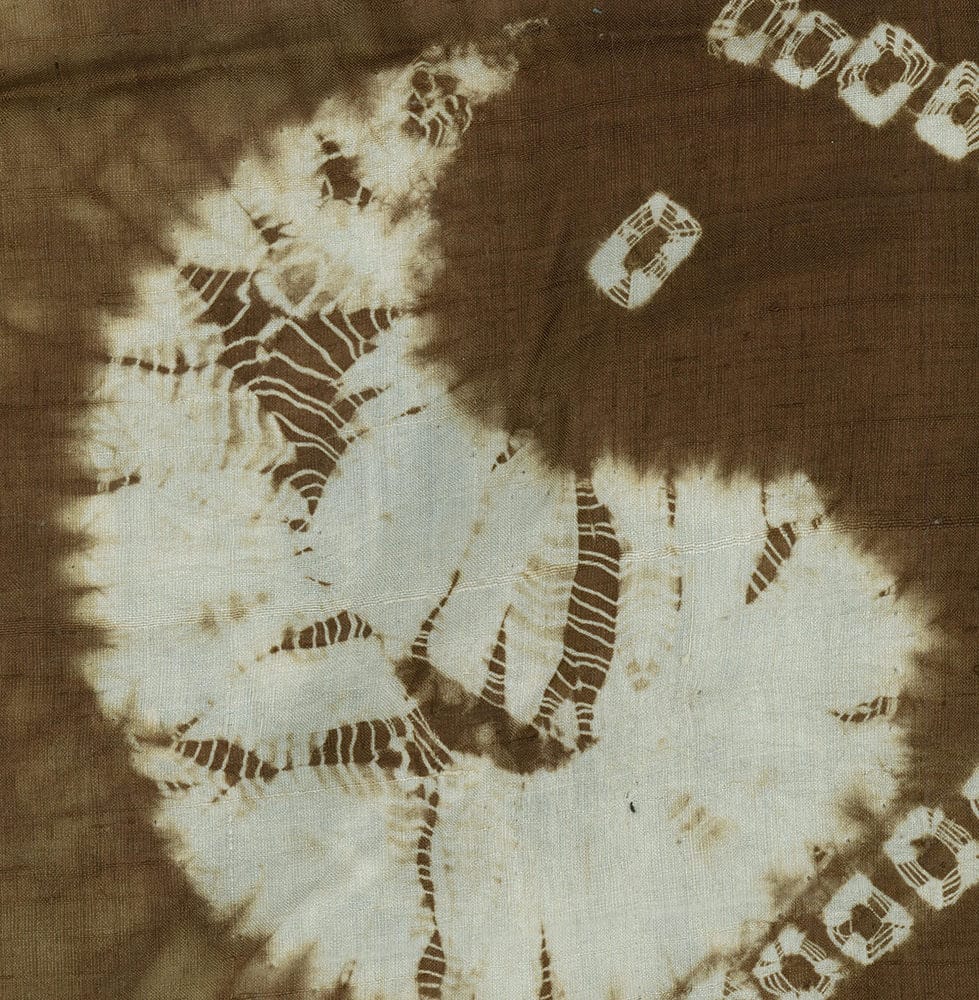 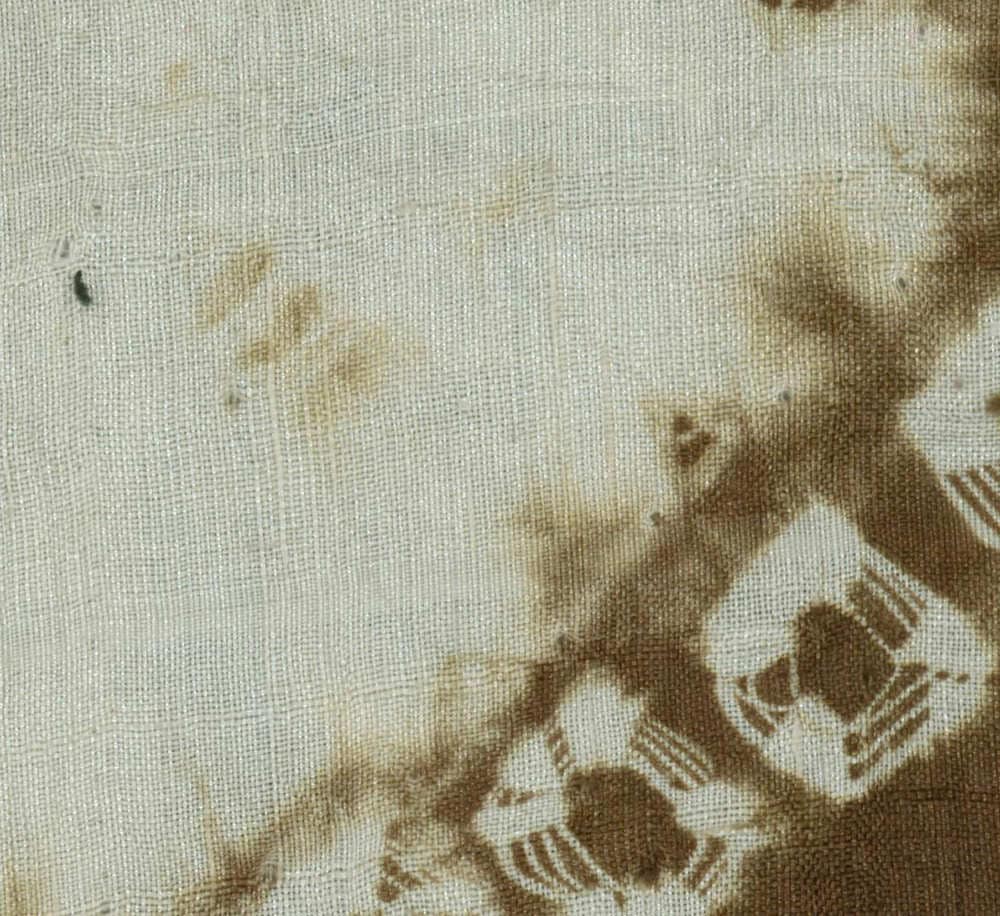 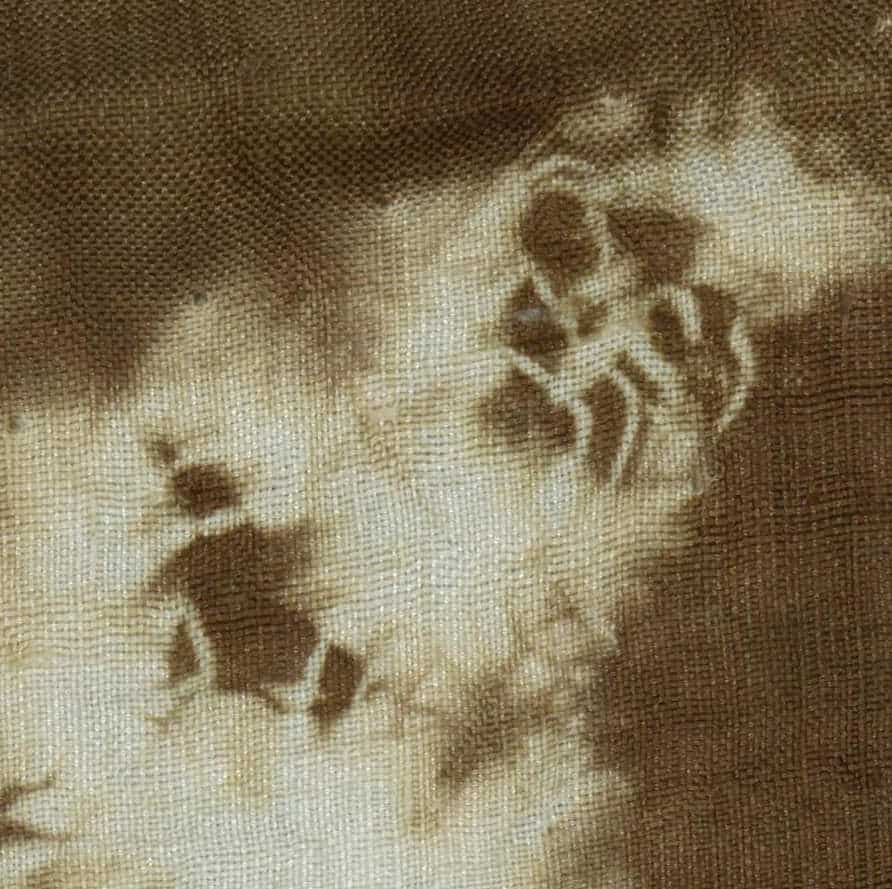 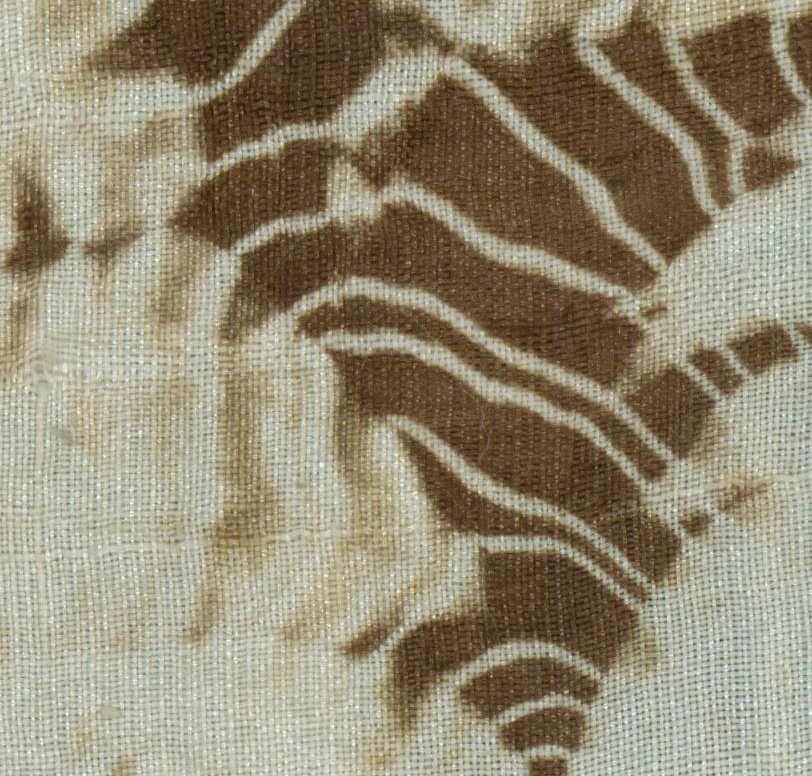 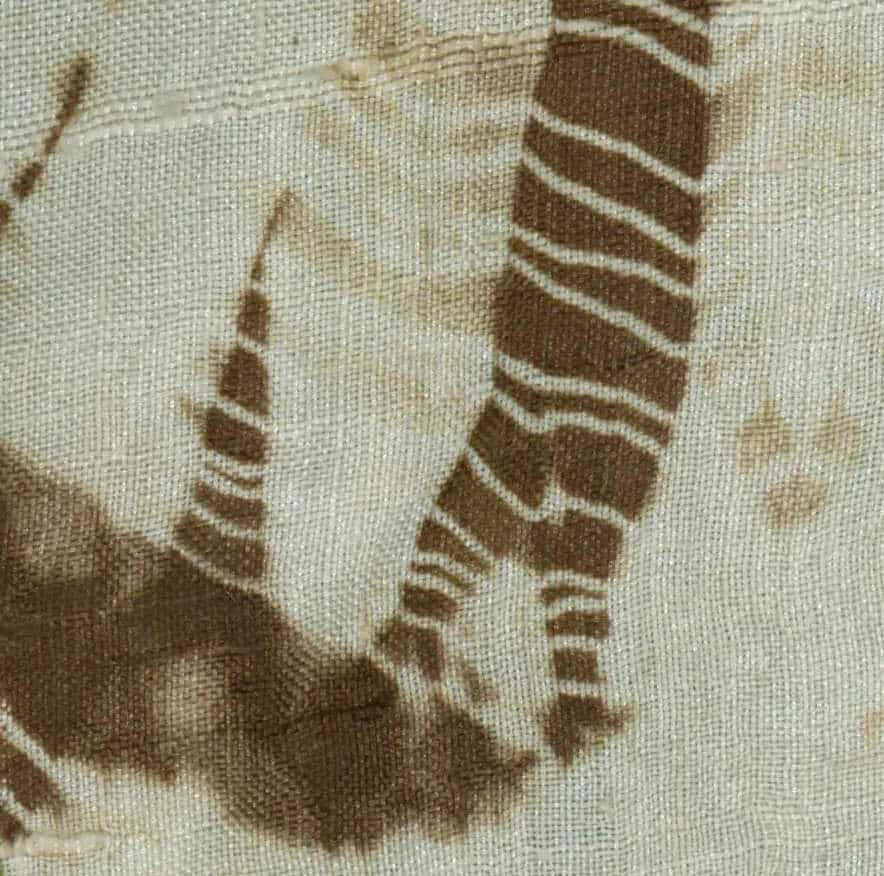 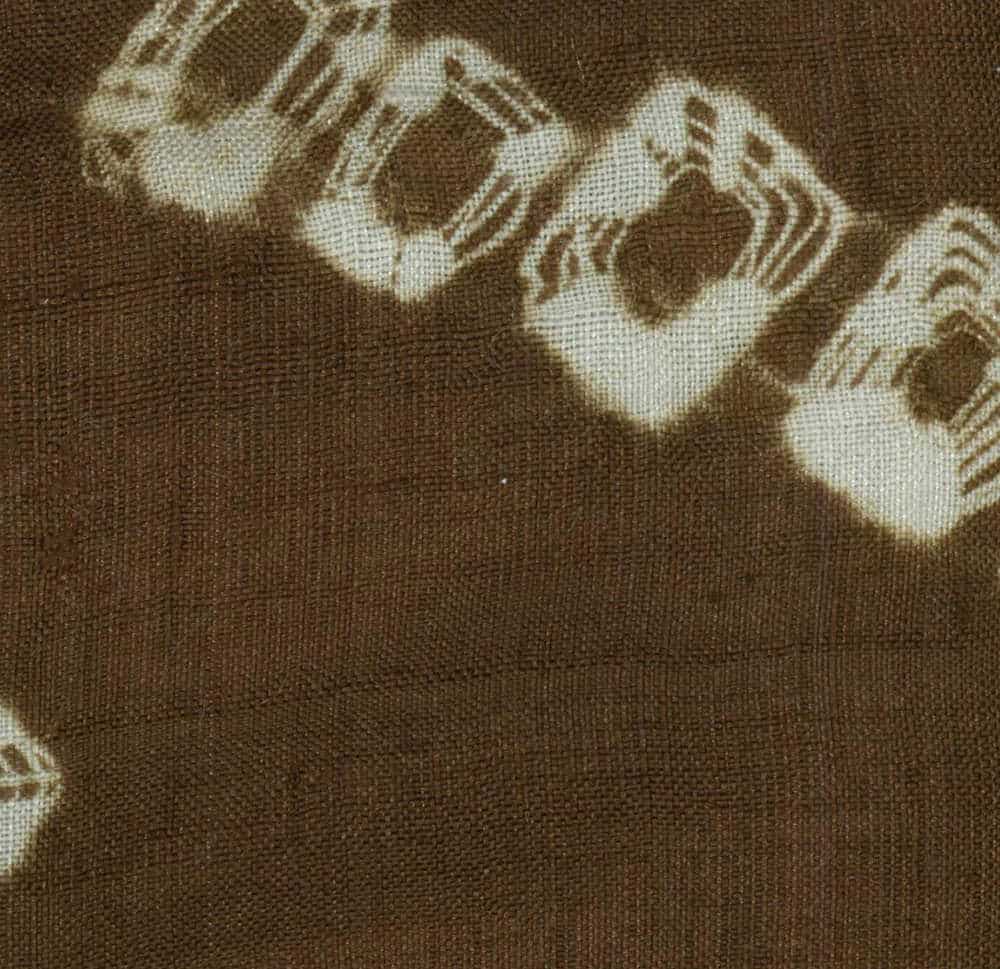 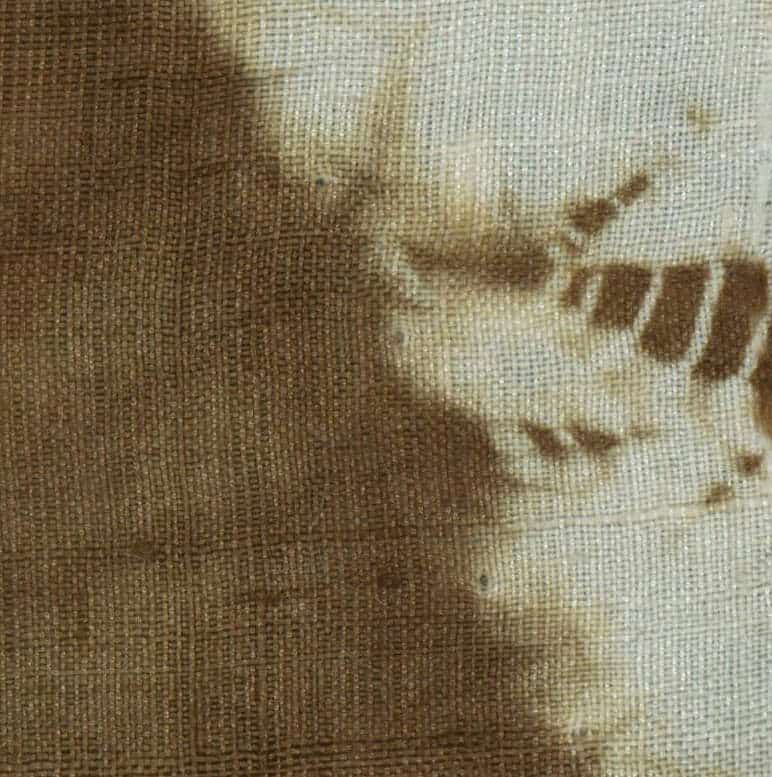 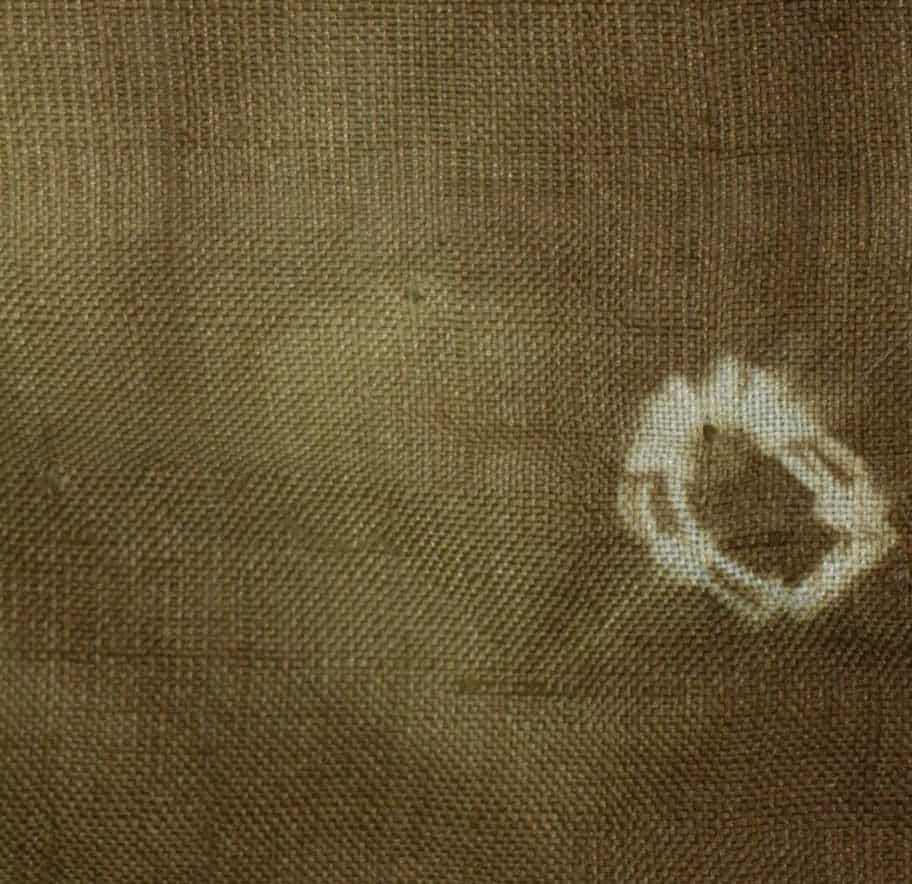 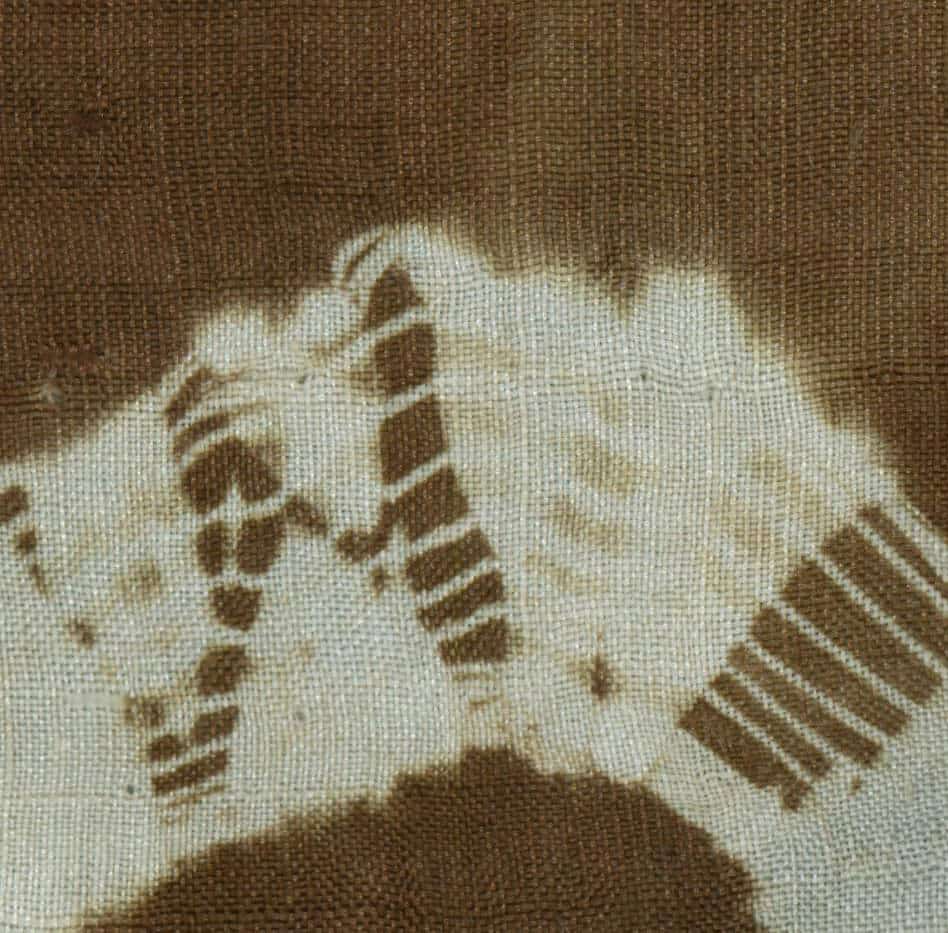 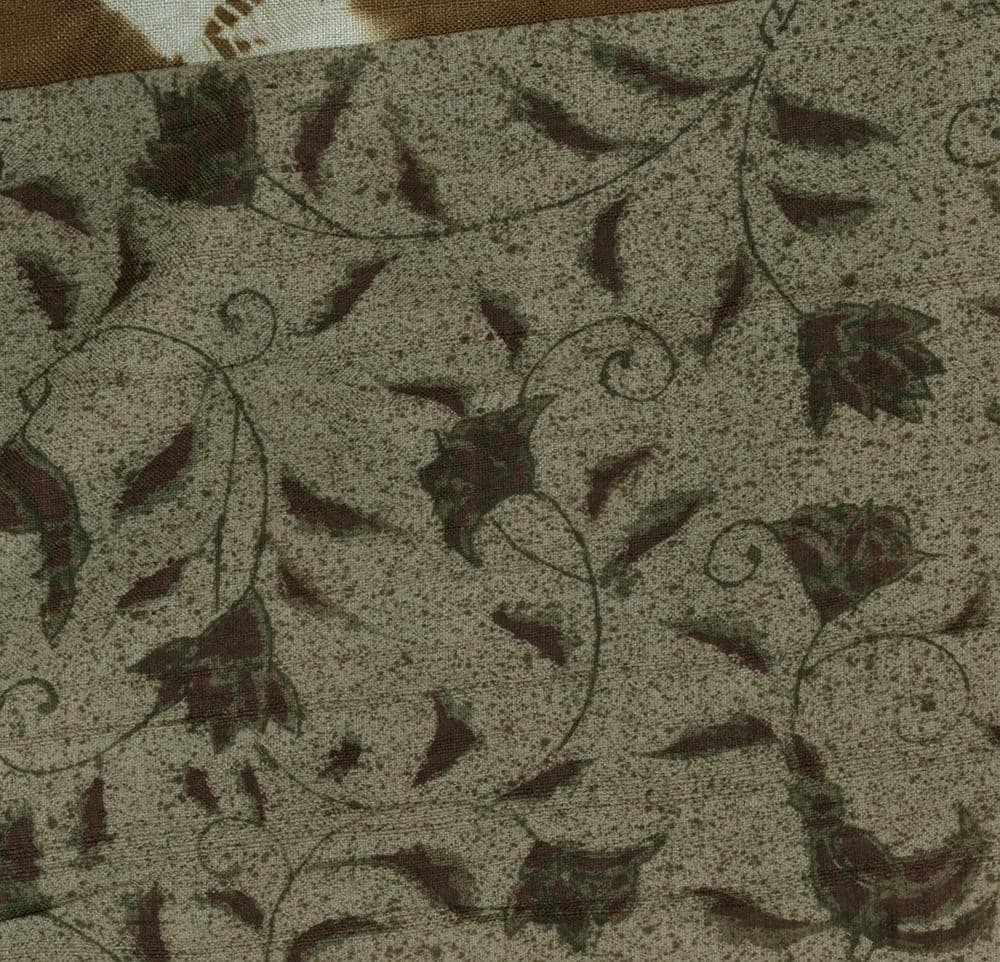 A silk dounuki featuring shibori-dyed "taijitu" (yin-yang) motifs within the bodice, while the hems are made of tsumugi silk and katazome-dyed pattern.  49" from sleeve-end to sleeve-end x 55" height.  The yin-yang motif, called "taijitu", is translated as "diagram of supreme ultimate".  It is the universal symbol of the Chinese-introduced philosophy known as Taoism and is also often used by non-Taoists to represent the concept of opposites existing in harmony. The earliest symbol to represent yin and yang was in the Chinese "I Ching" which was written about 1000 BC.  "Yin is the black side with the white dot in it, and yang is the white side with the black dot in it. The relationship between yin and yang is often described in terms of sunlight playing over a mountain and a valley. Yin (literally the 'shady place' or 'north slope') is the dark area occluded by the mountain's bulk, while yang (literally the 'sunny place' or 'south slope') is the brightly lit portion. As the sun moves across the sky, yin and yang gradually trade places with each other, revealing what was obscured and obscuring what was revealed. Yin is characterized as slow, soft, yielding, diffuse, cold, wet, and passive; and is associated with water, earth, the moon, femininity, and nighttime. Yang, by contrast, is fast, hard, solid, focused, hot, dry, and aggressive; and is associated with fire, sky, the sun, masculinity and daytime."  Why does this kimono have yin-yang motifs? Rarely used on Japanese textiles, it can be assumed that the family who commissioned it were likely believers in Taoism, the third most influential of the traditional religious philosophies in Japan (after Buddhism and Shintoism).

Price:
$
6,500.00
US
Available: Inquire
GalleryOrderingContactAbout UsGallery StatementNewsGlossary
Copyright © 2023 Yorke Antique Textiles
Thank you! Your submission has been received!
Oops! Something went wrong while submitting the form.