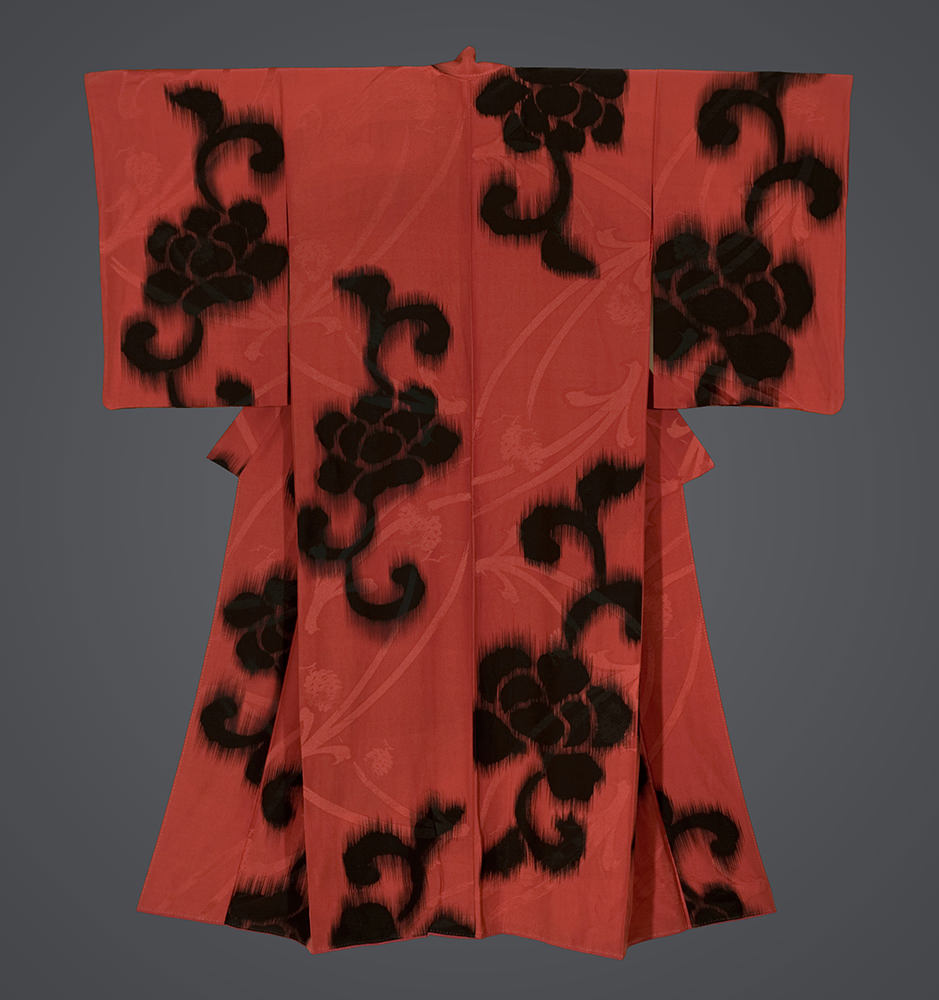 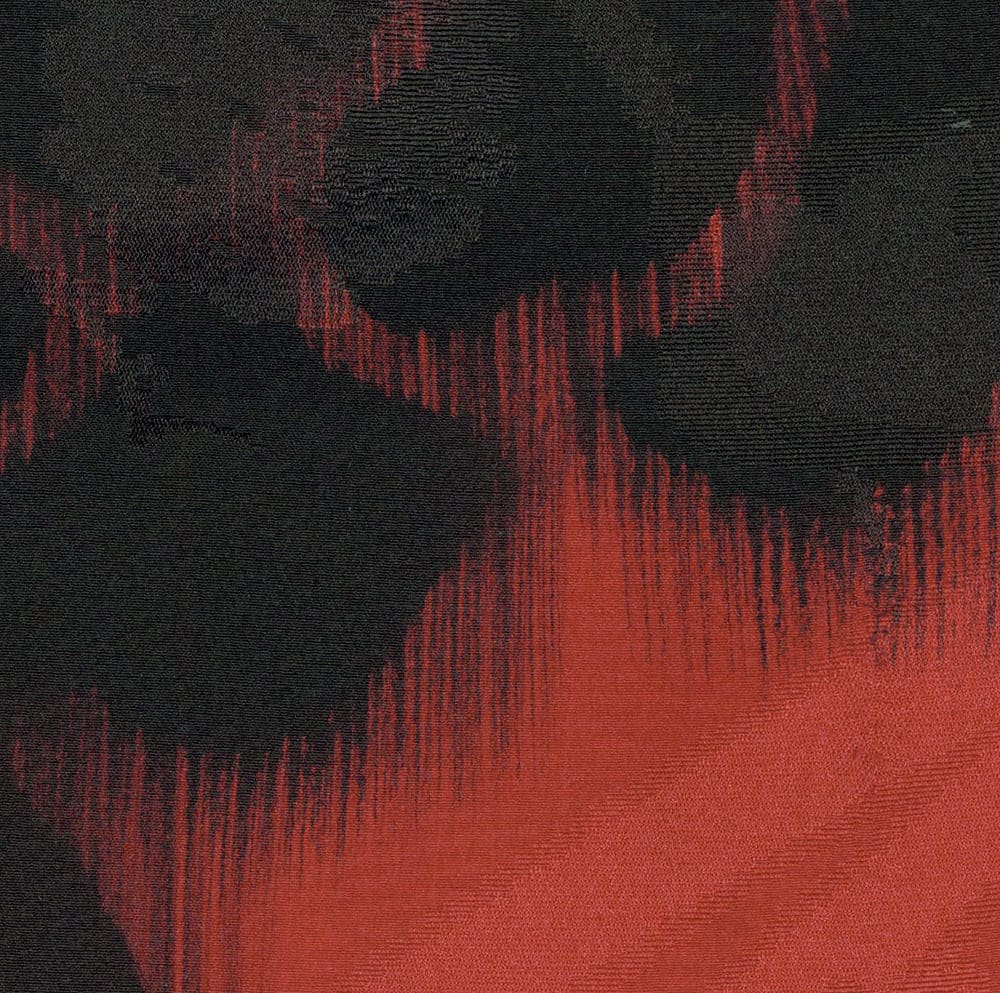 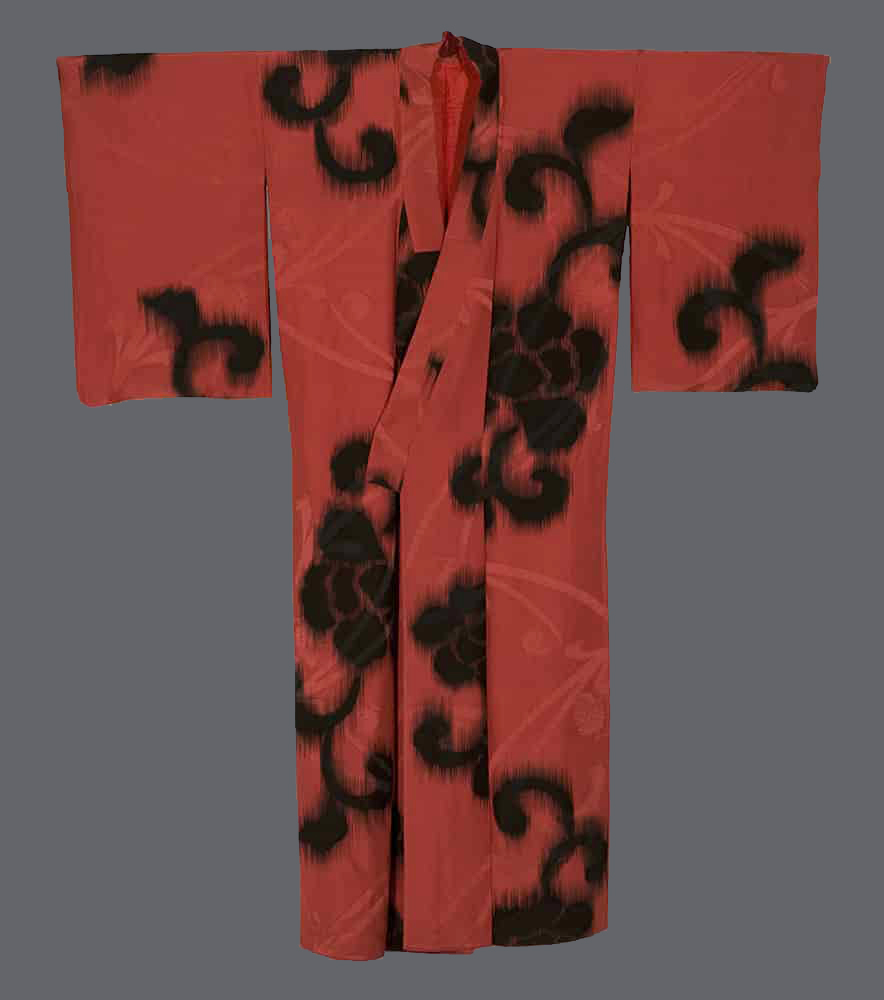 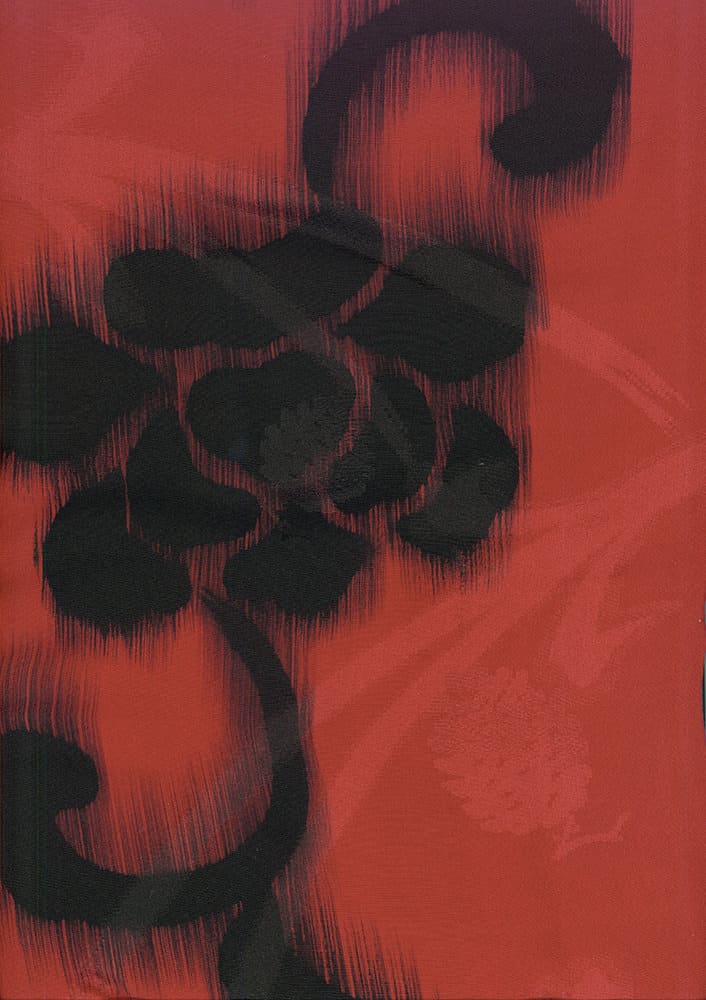 A soft rinzu (damask) silk kimono featuring large black peony motifs on a red background.  57" from sleeve-end to sleeve-end x 59 " height.  Black is a rare color for peonies, and we are uncertain that the artist intended that these motifs were supposed to represent all peonies or just the black one.  There is story originating in China that queen Wu of the Tang dynasty wrote a poem to the goddess of flowers asking that her garden flowers bloom early to remind her of spring.  The next day all her garden flowers were in bloom , except for the peony  that disobeyed the order, refusing to bloom out of season.  The angry queen had this peony banished from the capital, however, as soon as it was transplanted to another city.  As soon as this was accomplished, the peony did bloom, again angering the queen, who ordered that the flower be burnt to the ground. But the following year, the burnt peony produced black flowers.  It was thereafter referred to as the Champion of Black Flowers.  Another Chinese tale goes as follows: Qing Long Wo Mo Chi,"or Green Dragon Lying in an Ink Pool" is a traditional black tree peony that is a symbol of dedication. During a year of terrible drought, most plants died from a lack of water. A little dragon risked his own life to steal water from the Yao Tai (a place where the supreme being lives) for the plants. To protect the dragon from punishment and to repay him for his kindness to her plants, a tree peony goddess flew with him into an Ink Pond and he was saved. But the peony goddess changed its color to black.  This kimono reflects the experimentation with tradition during the Taisho period and early Showa period; the artist in this example has taken the traditional auspicious peony motif, and placing large black ones on a red background, yielding a 'modern' bold graphic red & black artwork.