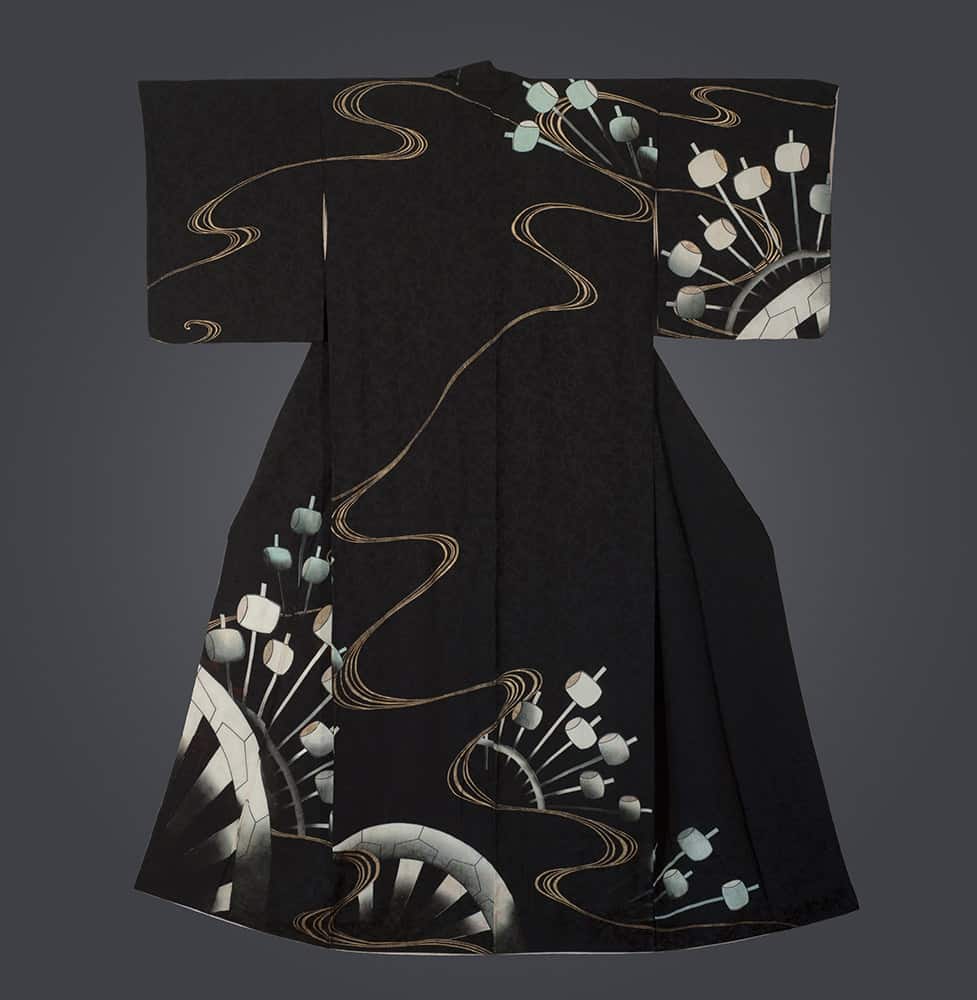 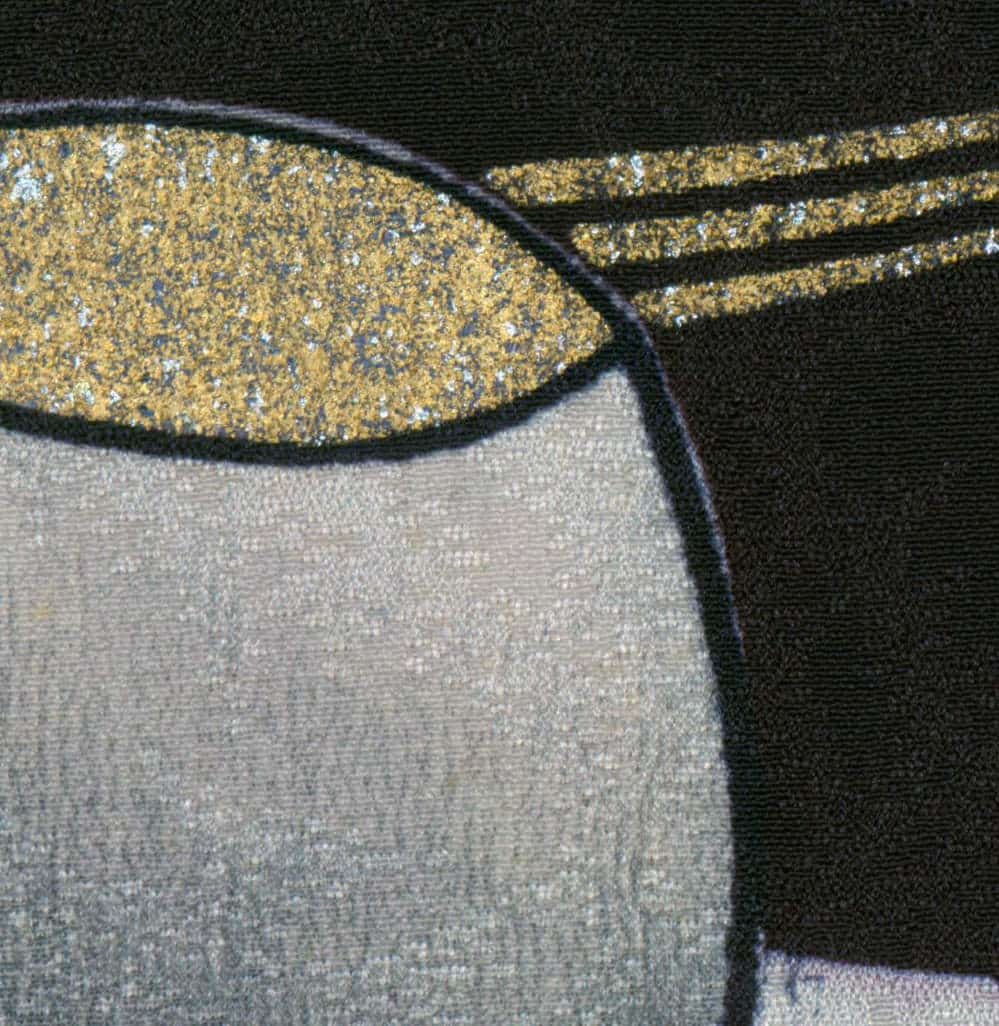 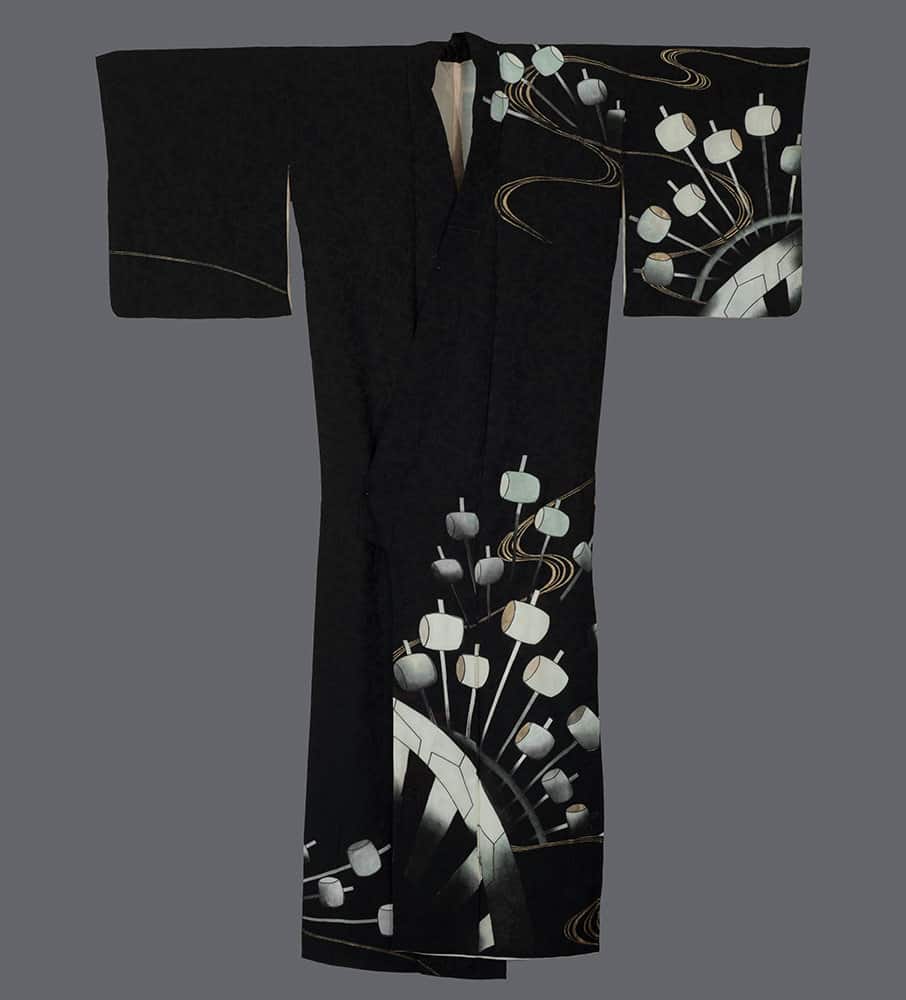 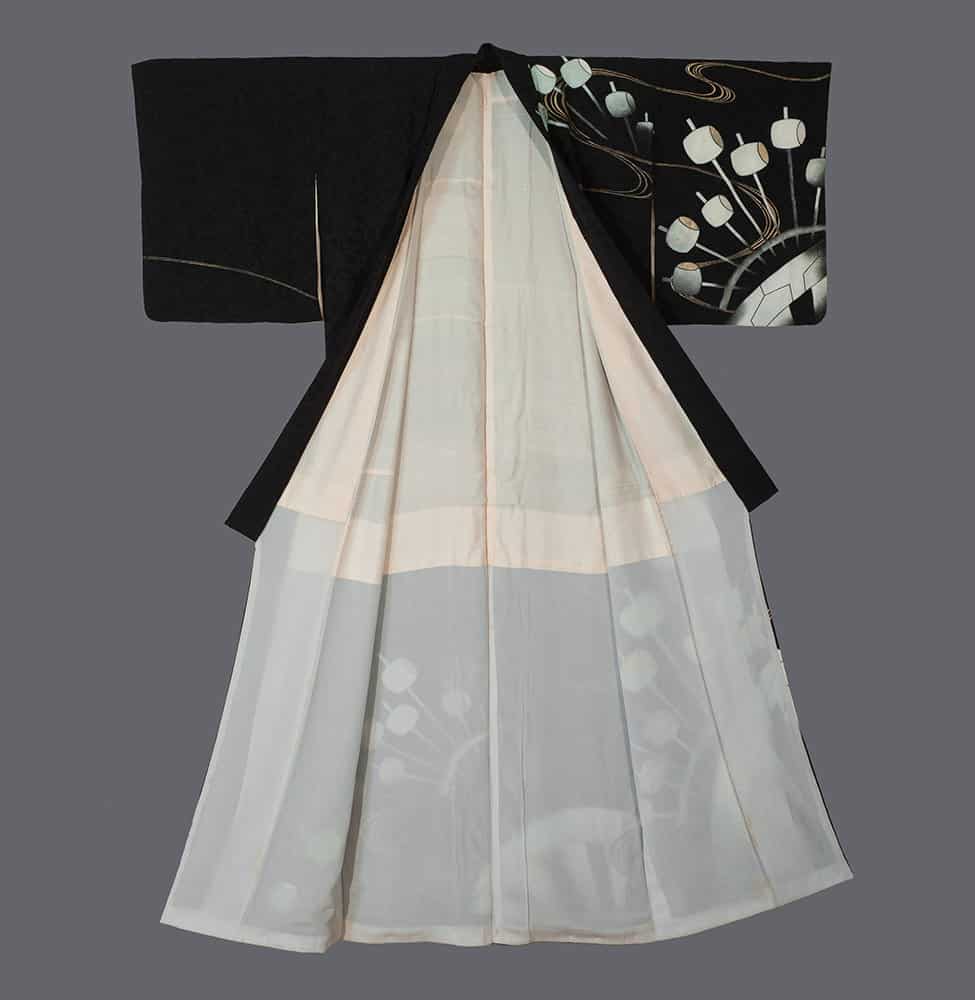 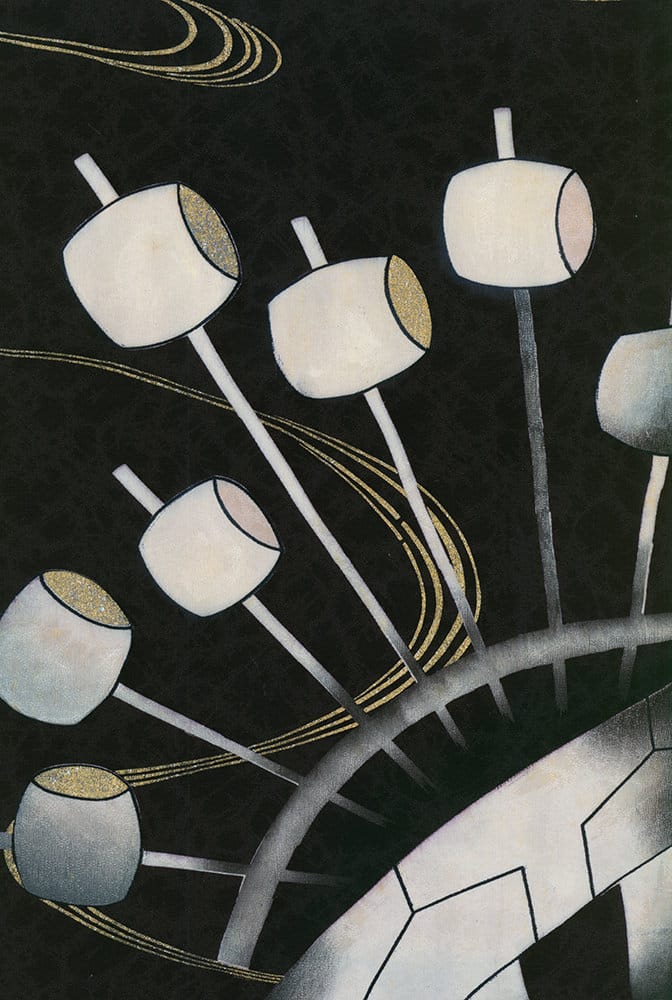 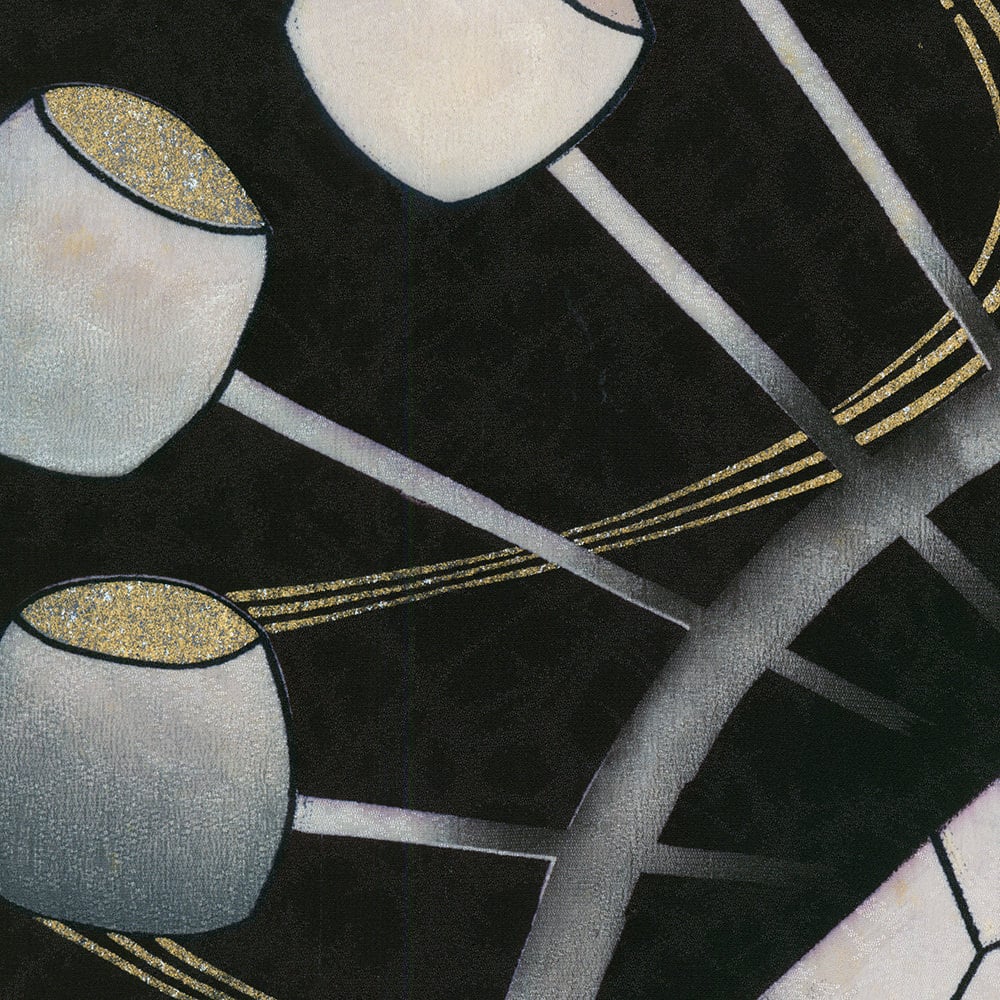 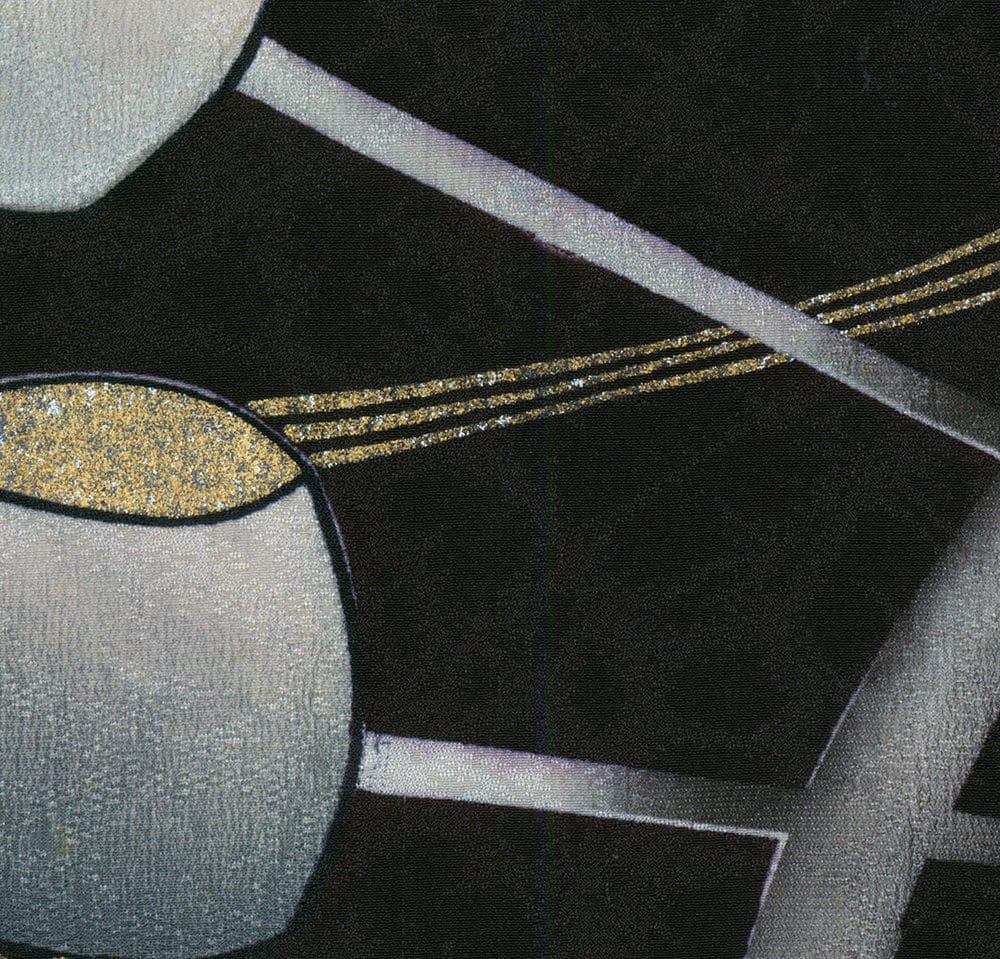 A rinzu (damask) kinsha (fine crepe) silk kimono featuring carriage wheel, water wheel and stream motifs.  The wheel motifs are yuzen-painted, while the streams are of metallic foil.  50" from sleeve-end to sleeve-end x 63" height.  The images on this kimono are poetic, stirring, and traditional, and thus are uncharacteristic of the relatively late mid-Showa time-period in which this kimono was created.   The ox-cart carriage wheel signifies nobility and good fortune, takes its Japanese name, "genji-guruma", from royal ox-carts mentioned in the Heian-period classic "The Tale of Genji".  The waterwheel ("suisha" or "mizu-guruma"). An early mention of the Japanese waterwheel was one shown transferring water to  rice fields in the 14th-century illustrated narrative "Ishiyamadera-engi".  Although the design layout of this kimono conforms to a kimono-style called "homongi", the motifs do not fit the houmongi aesthetic;  it may be that this garment was worn or associated in some manner to the Shinto theatrical dance "kagura".  The kagura rituals are tied to the agricultural calendar, and significantly, there is a kagura dance "mizuguruma" that specifically involves the waterwheel (From David Peterson's publication "An Invitation to Kagura".