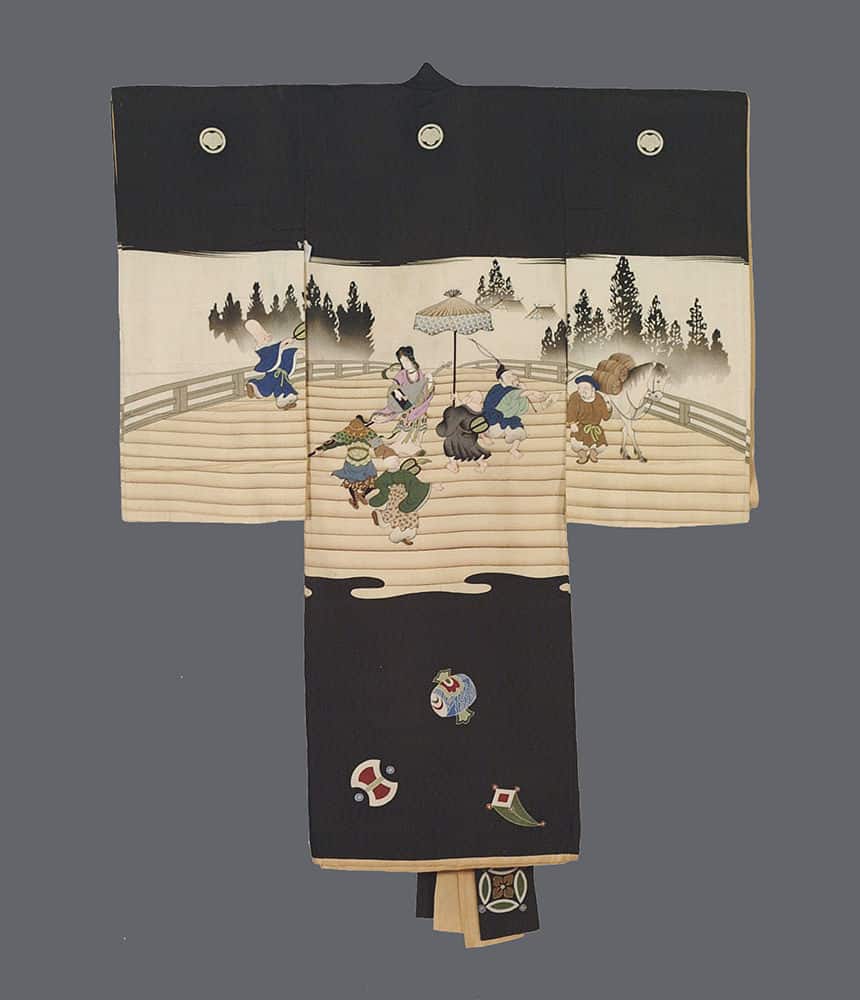 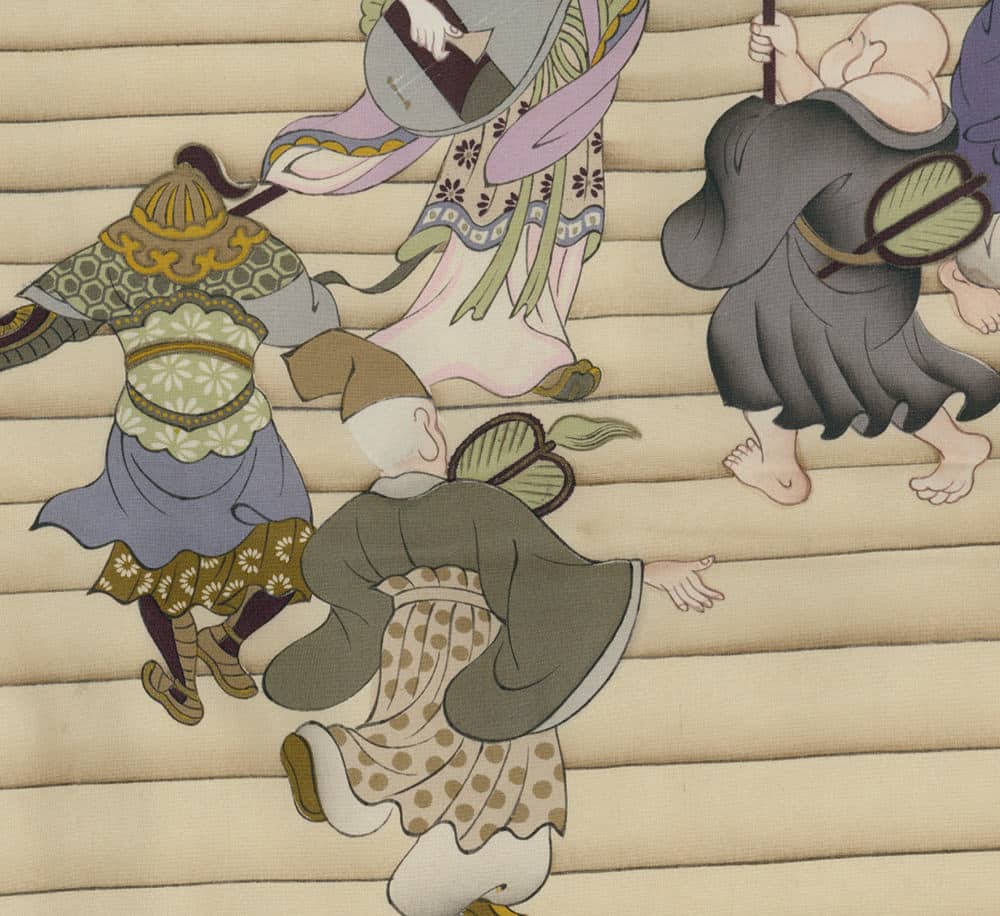 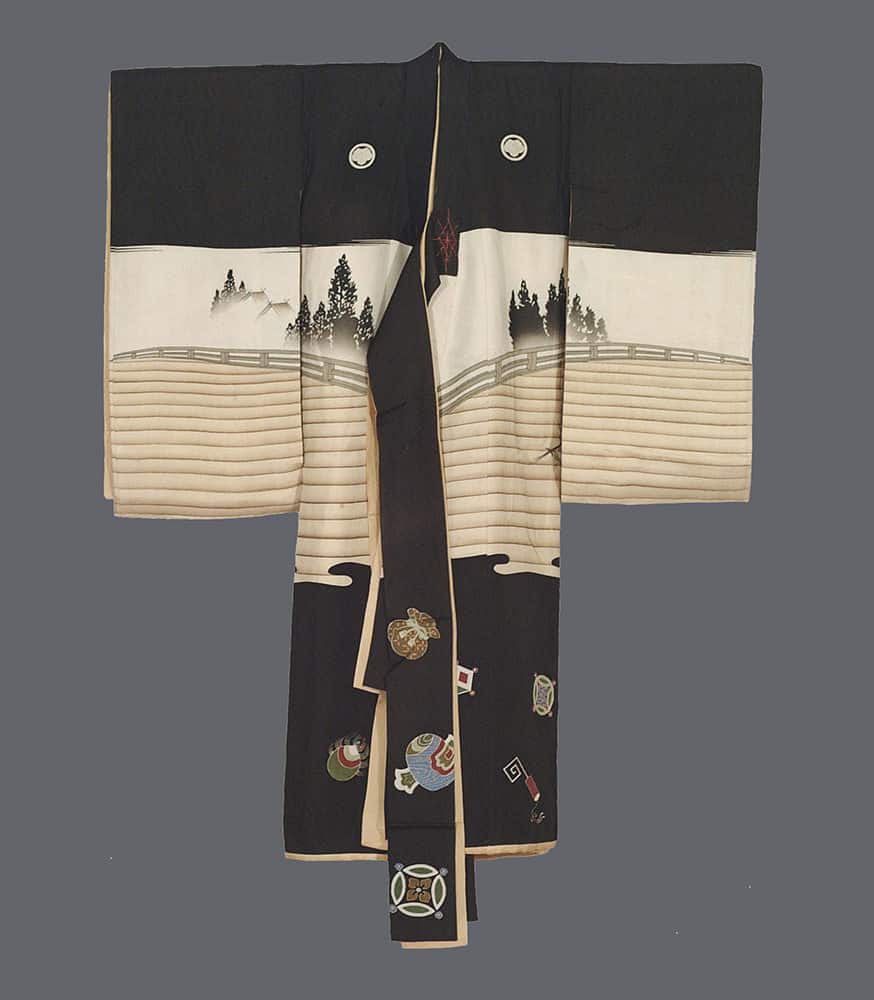 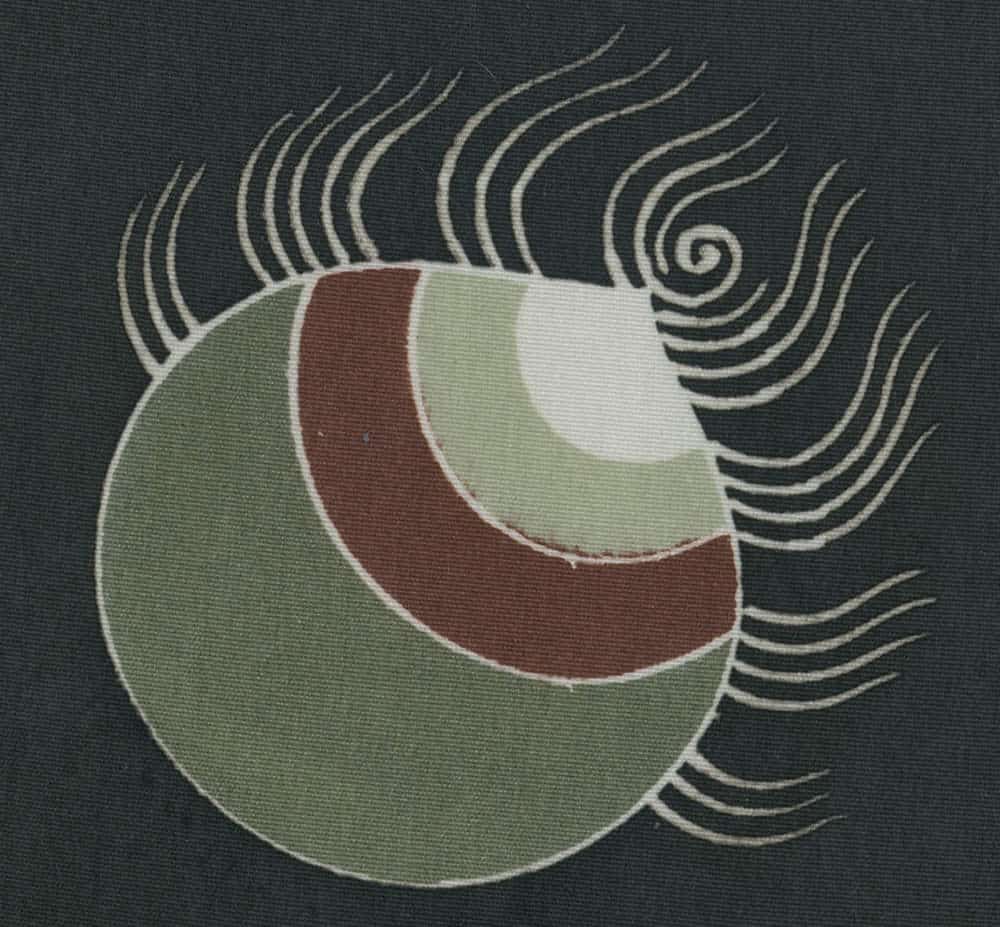 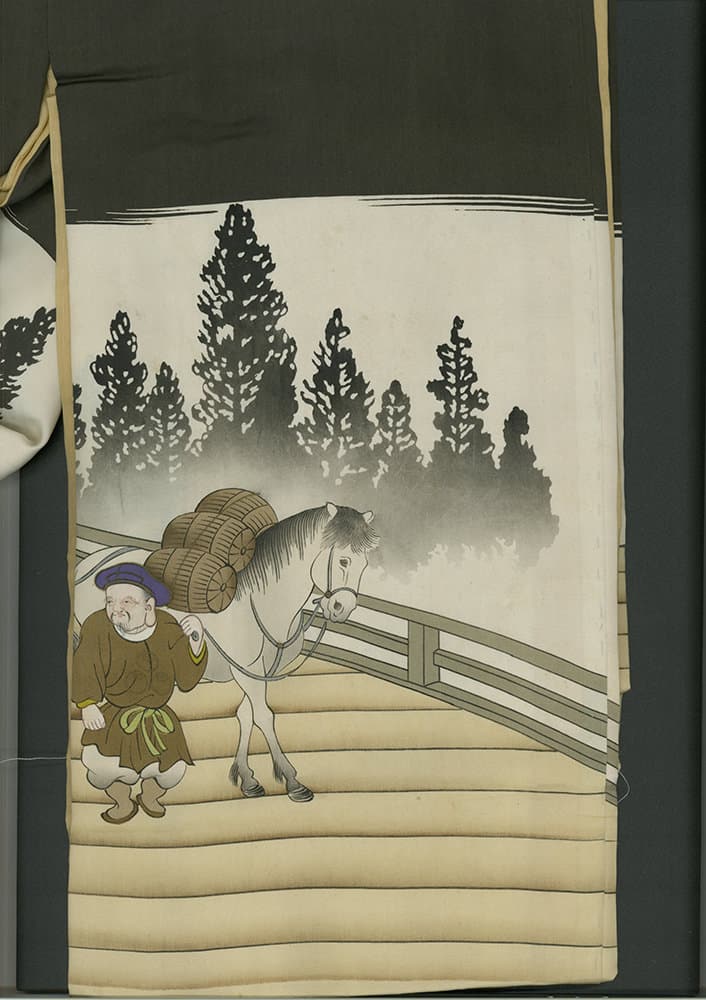 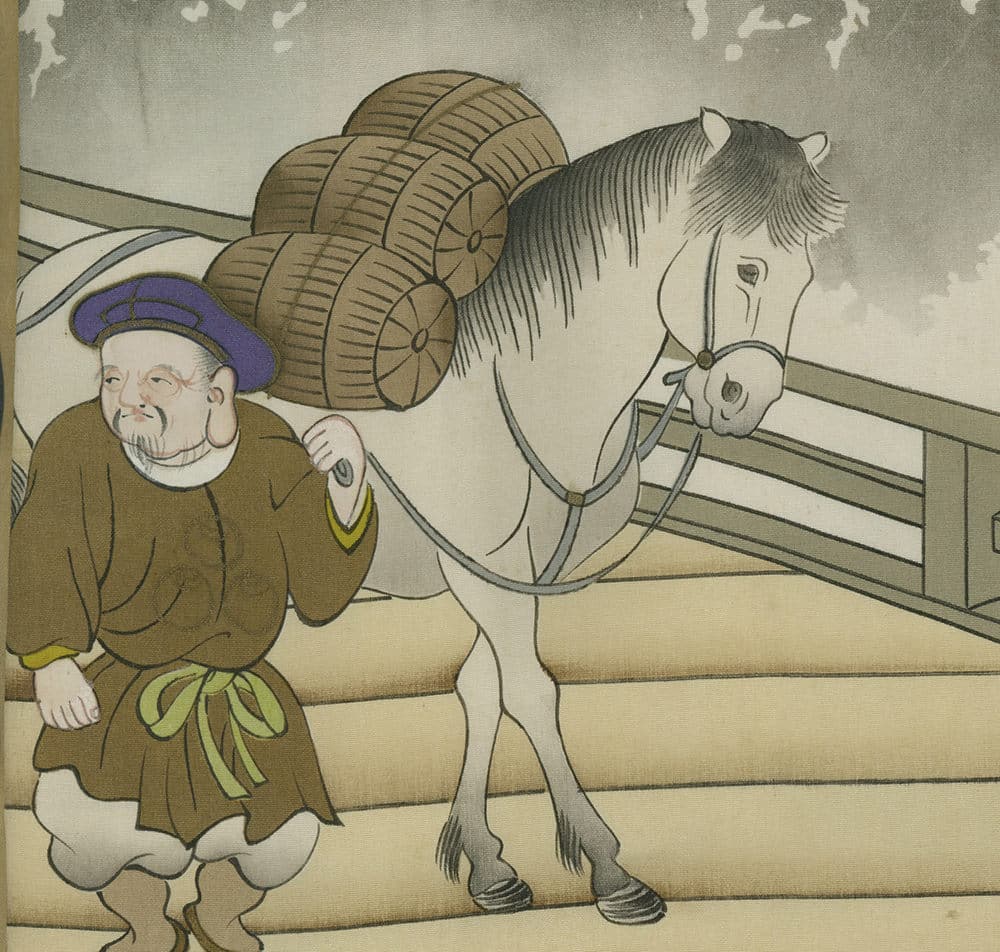 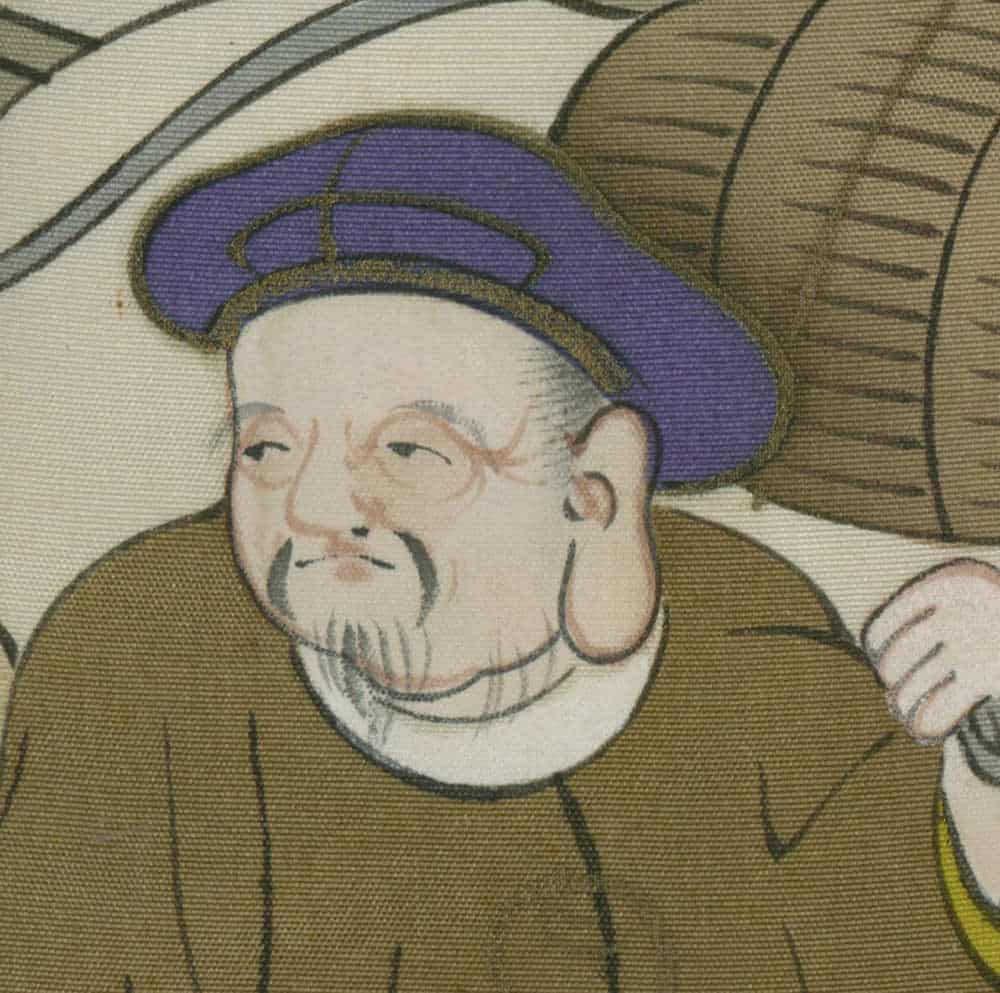 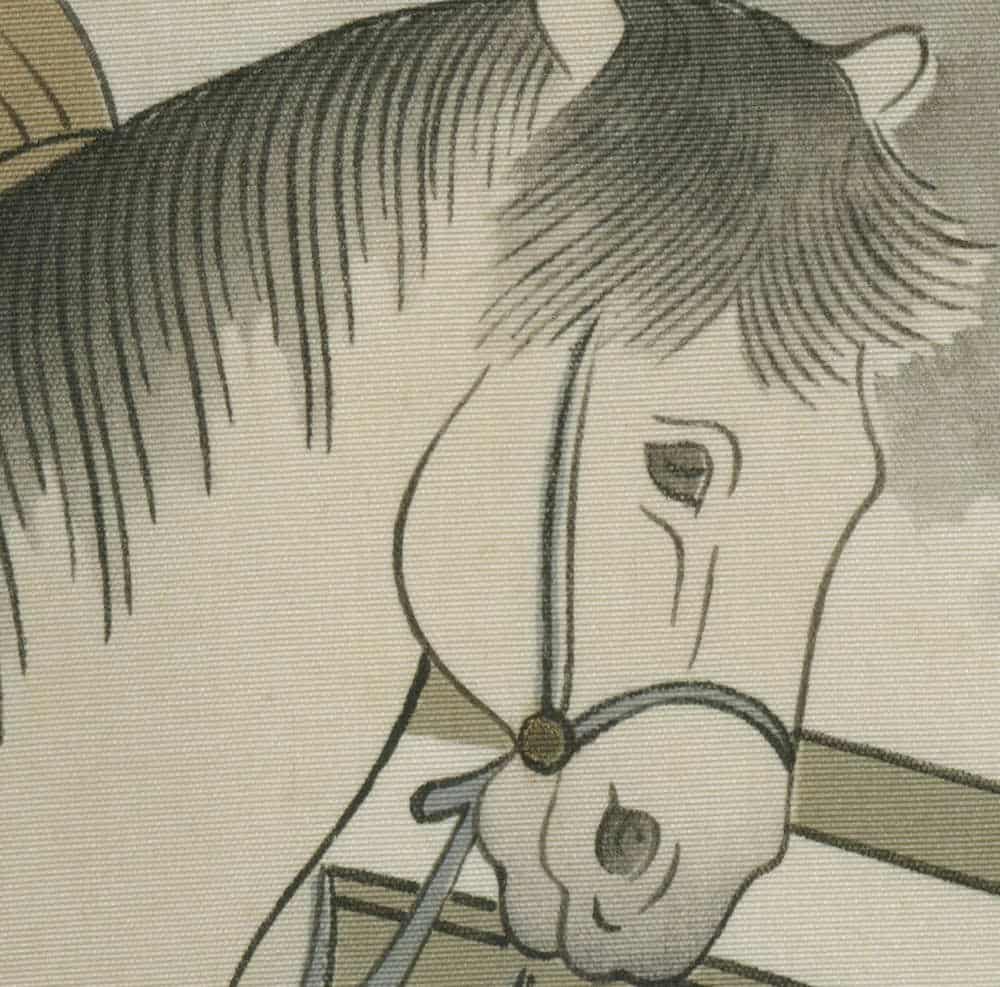 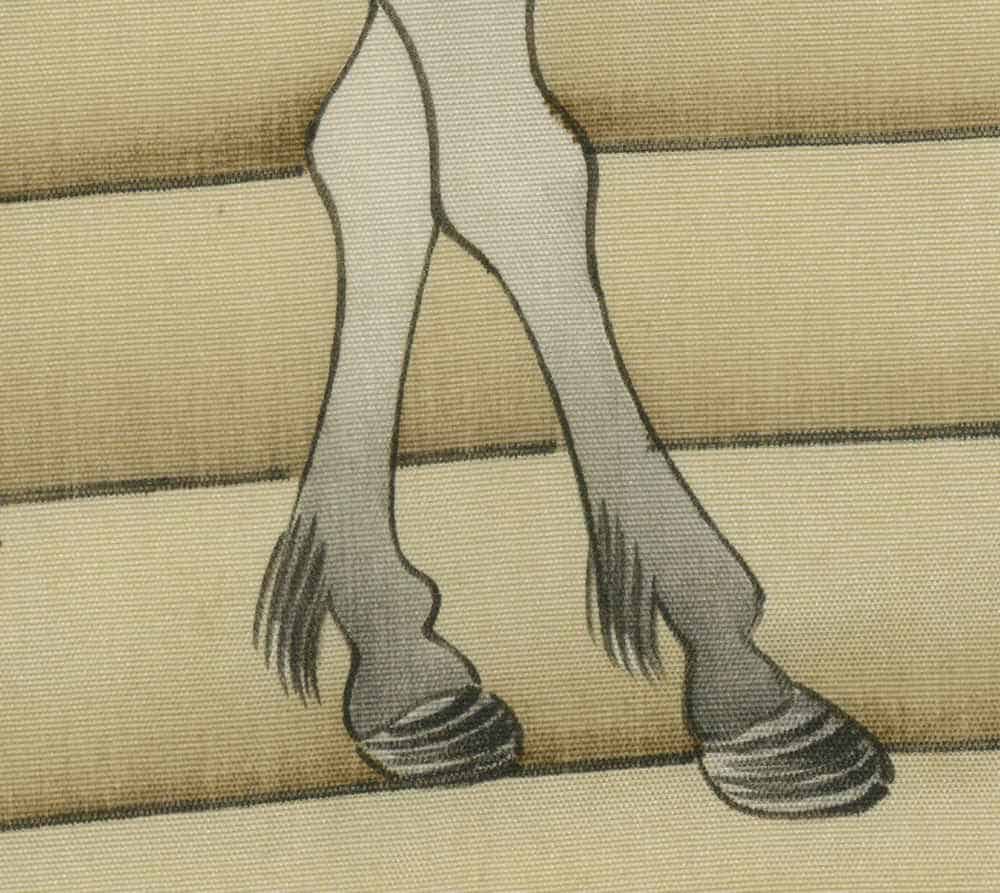 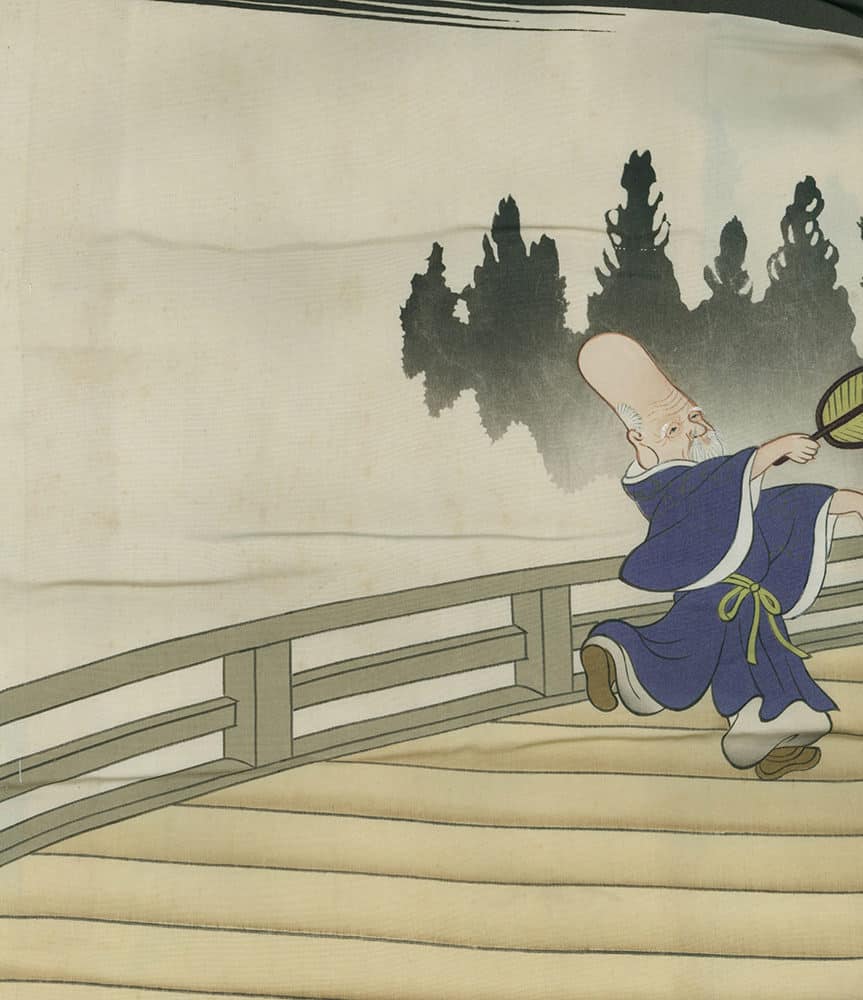 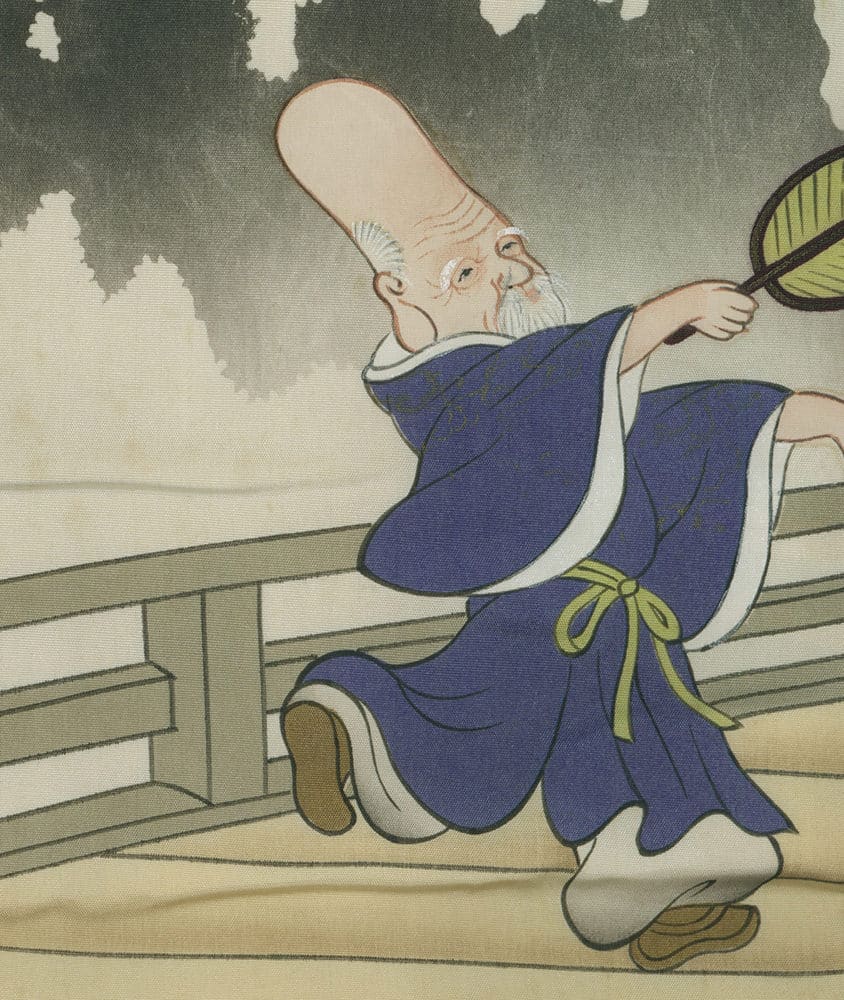 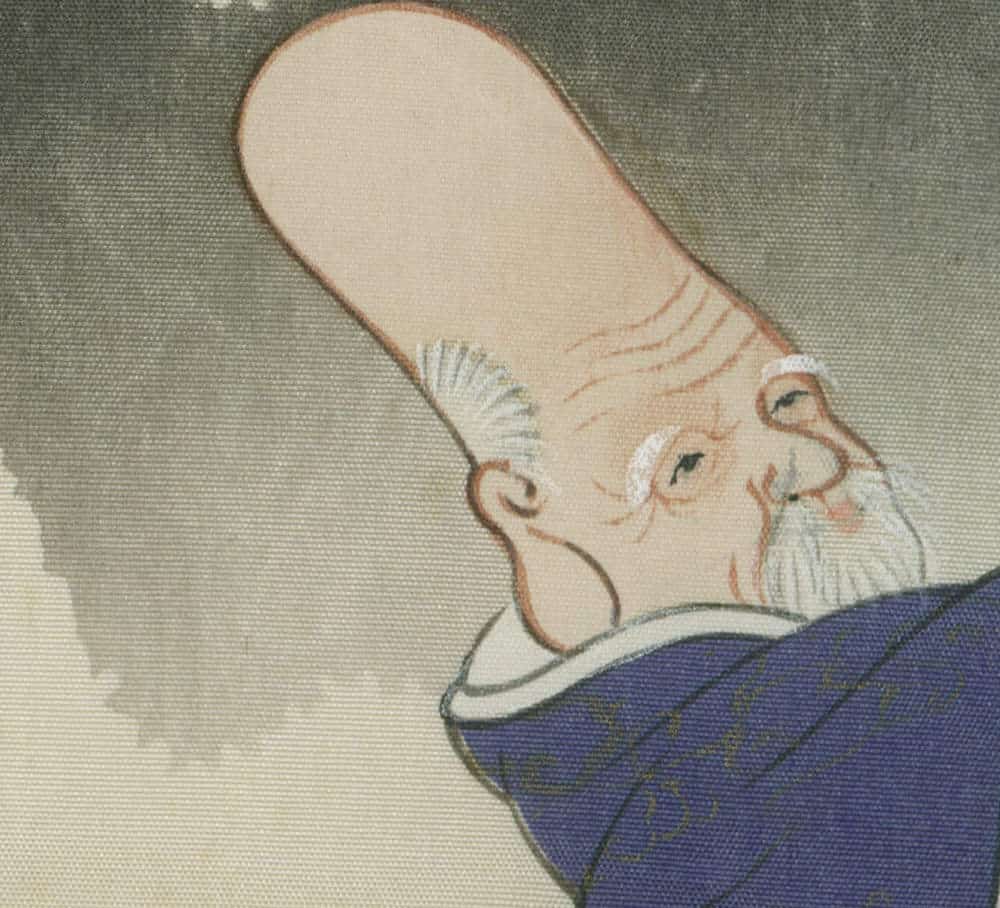 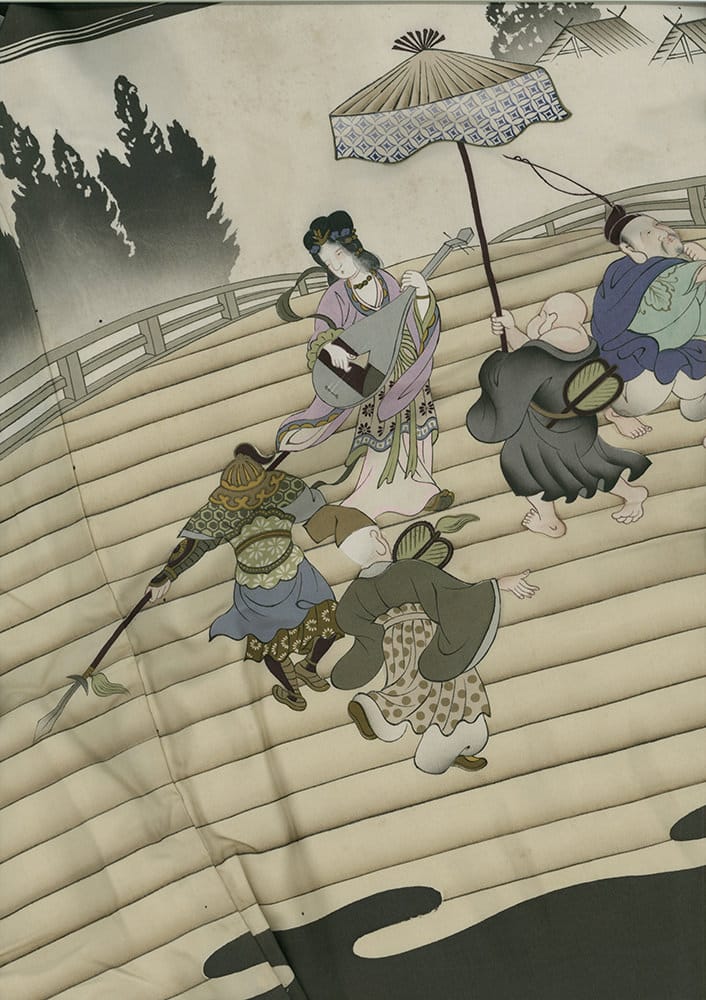 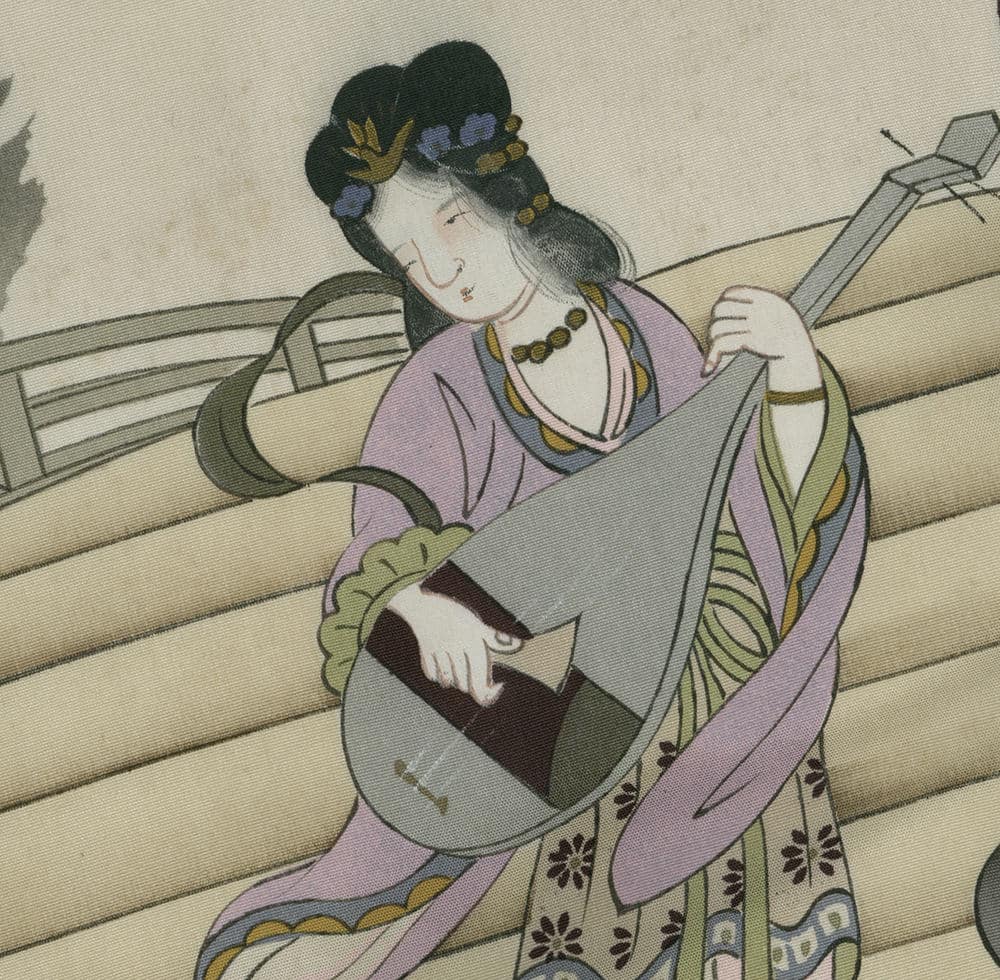 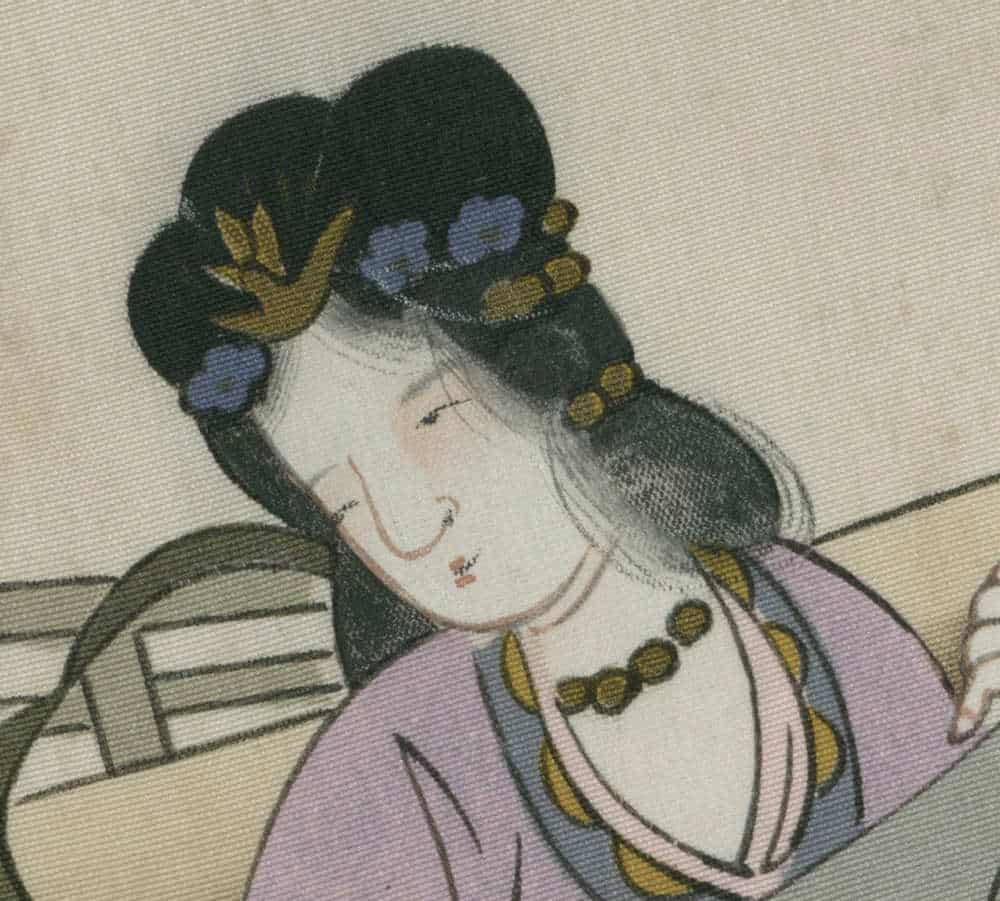 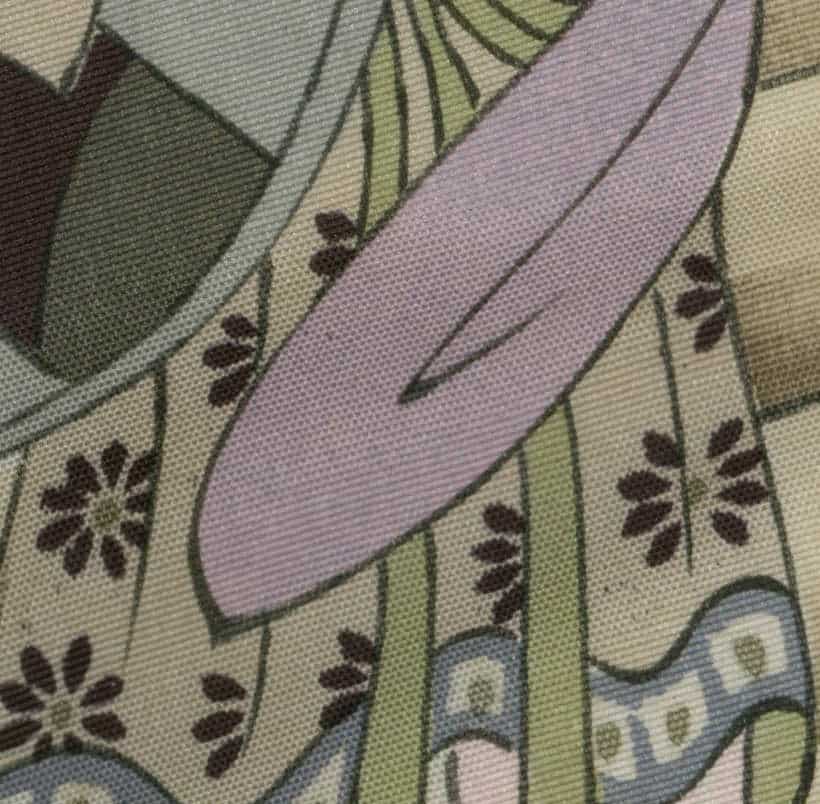 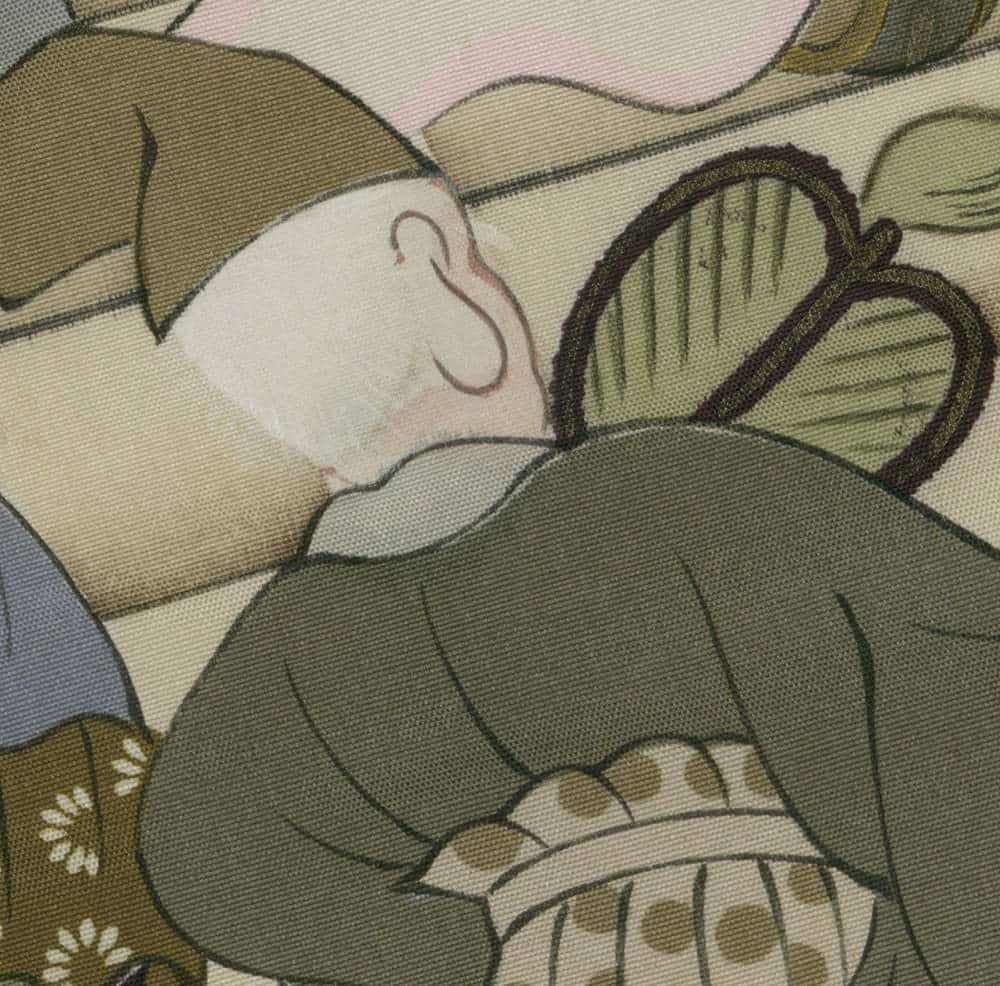 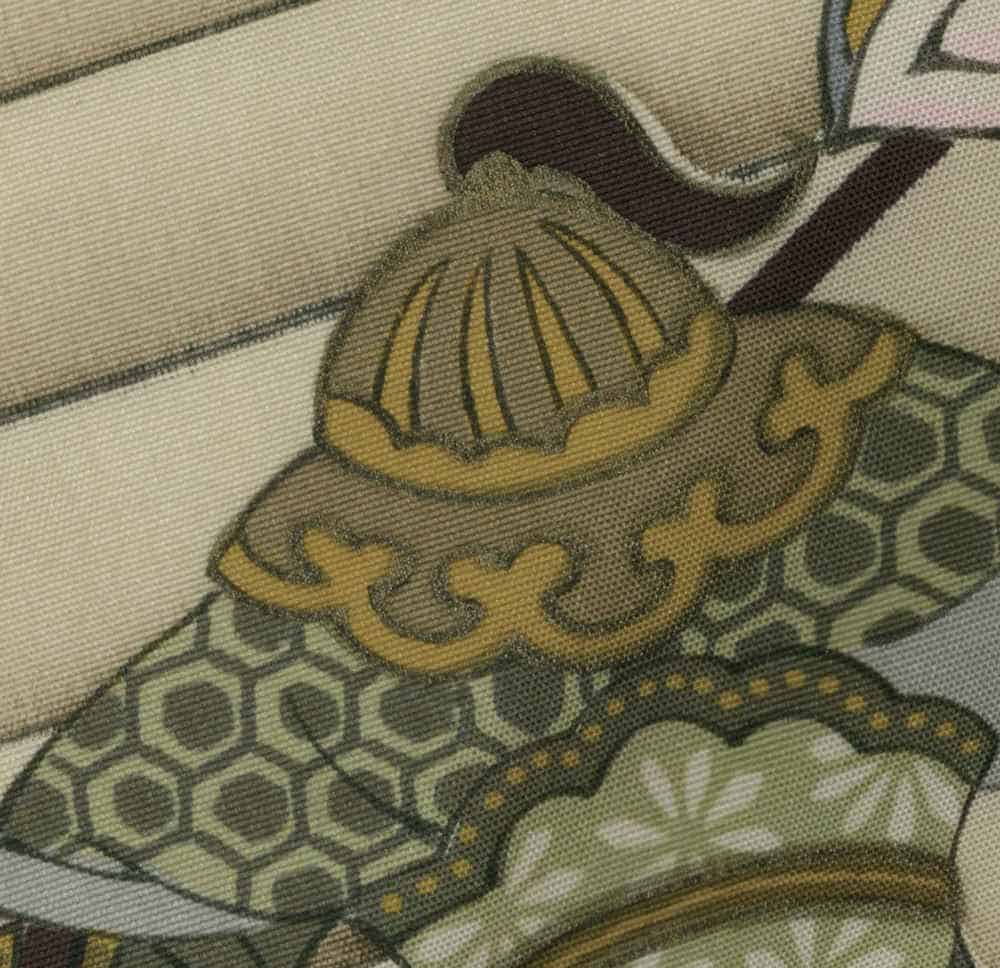 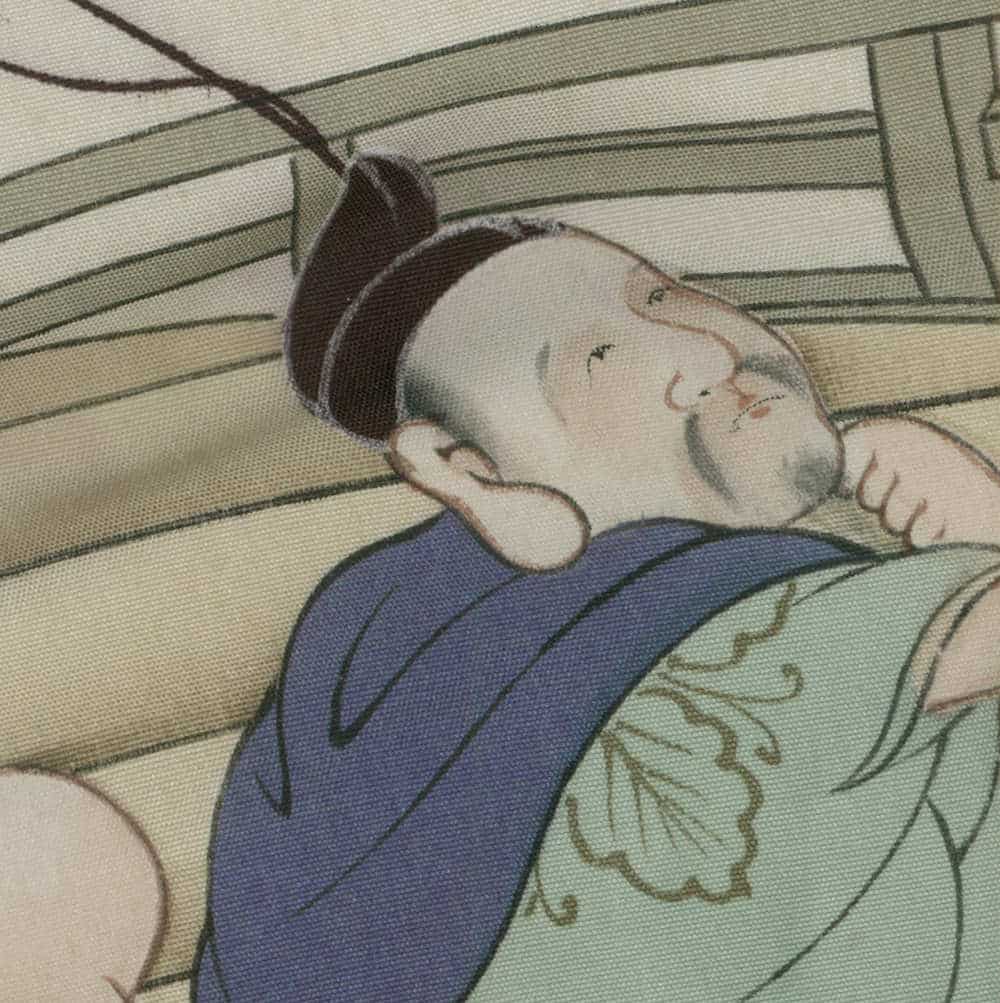 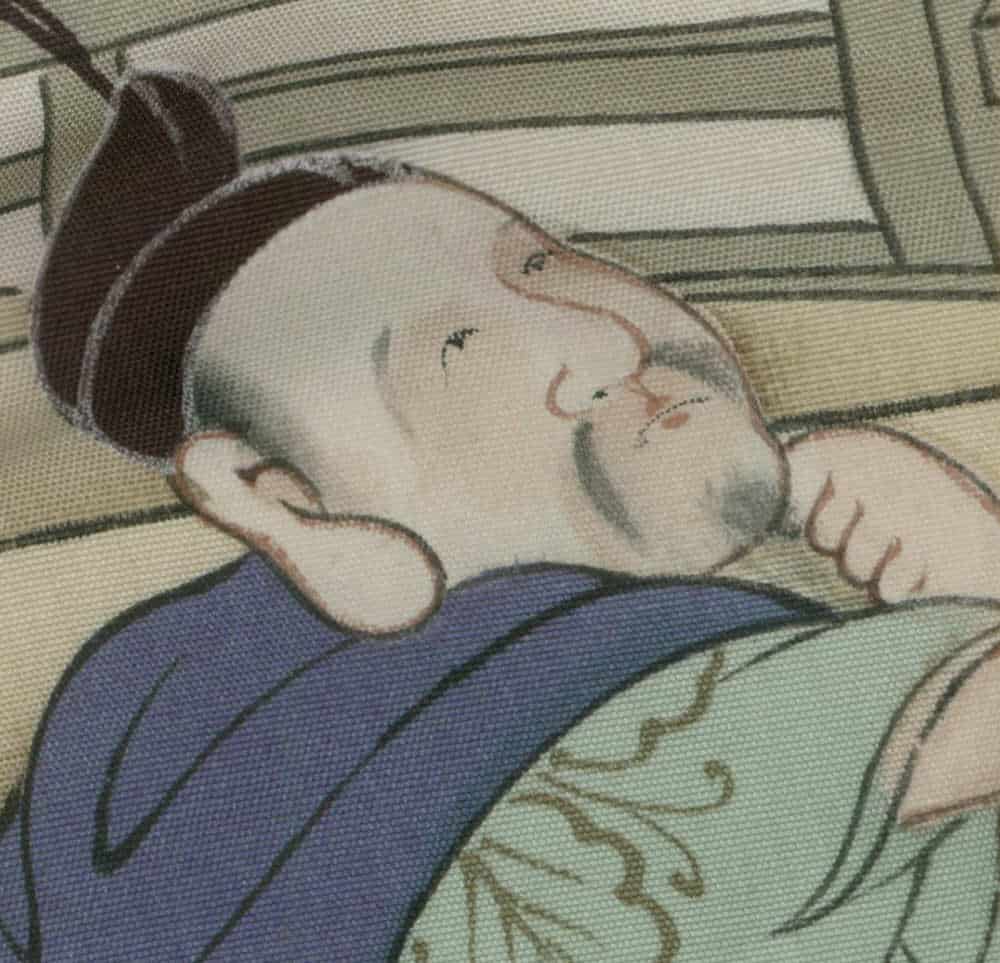 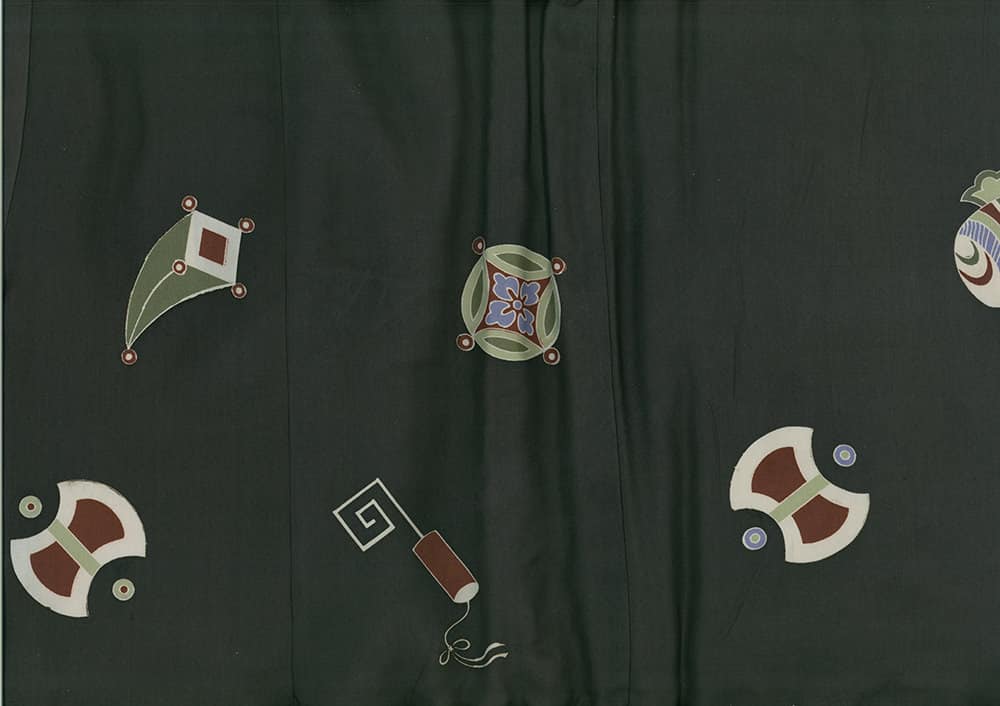 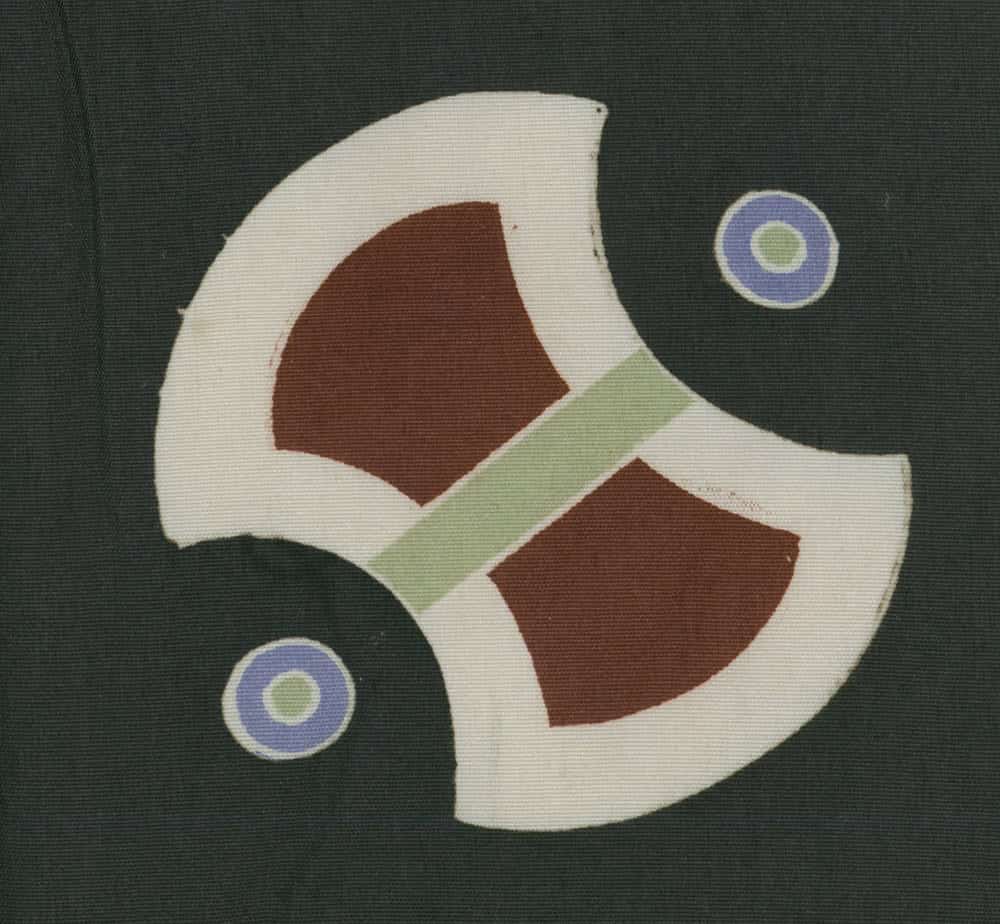 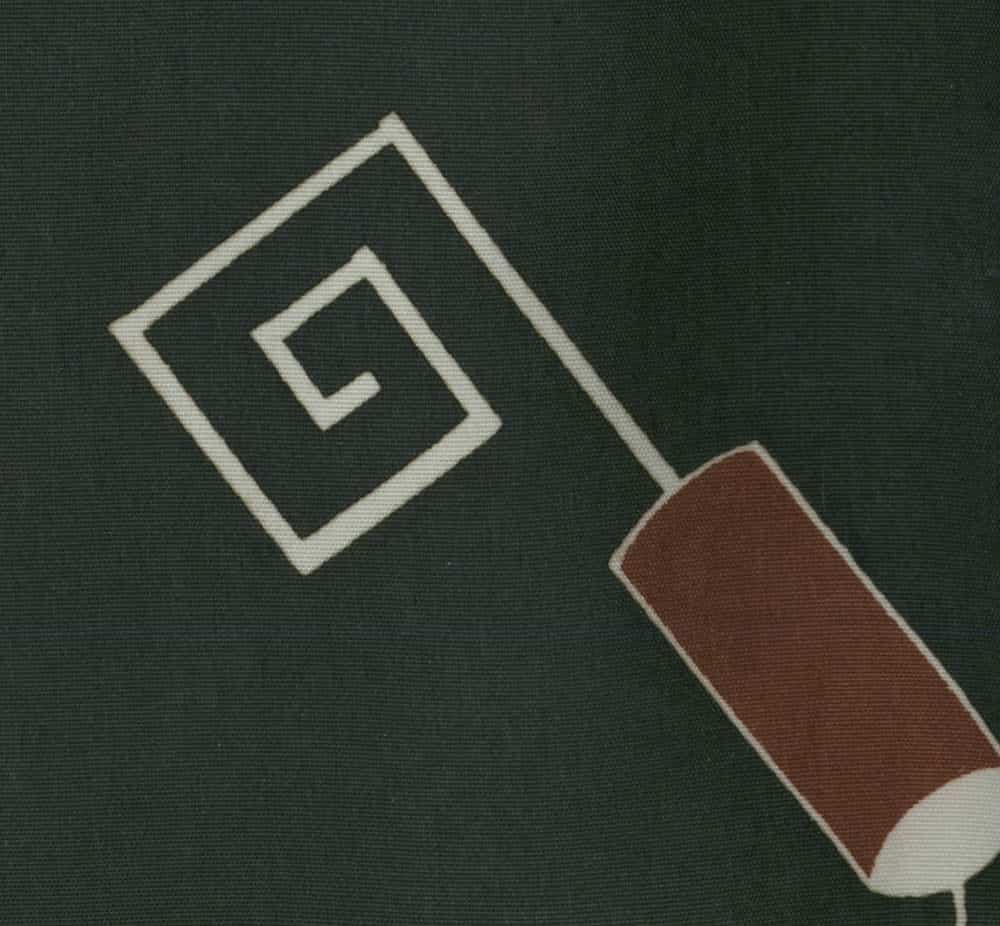 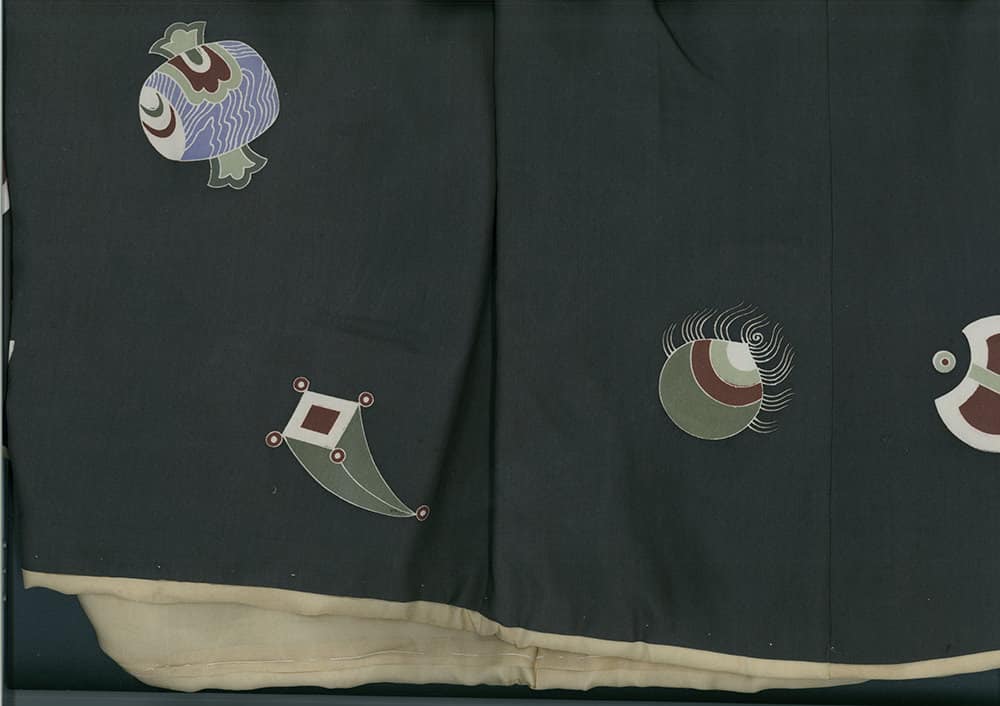 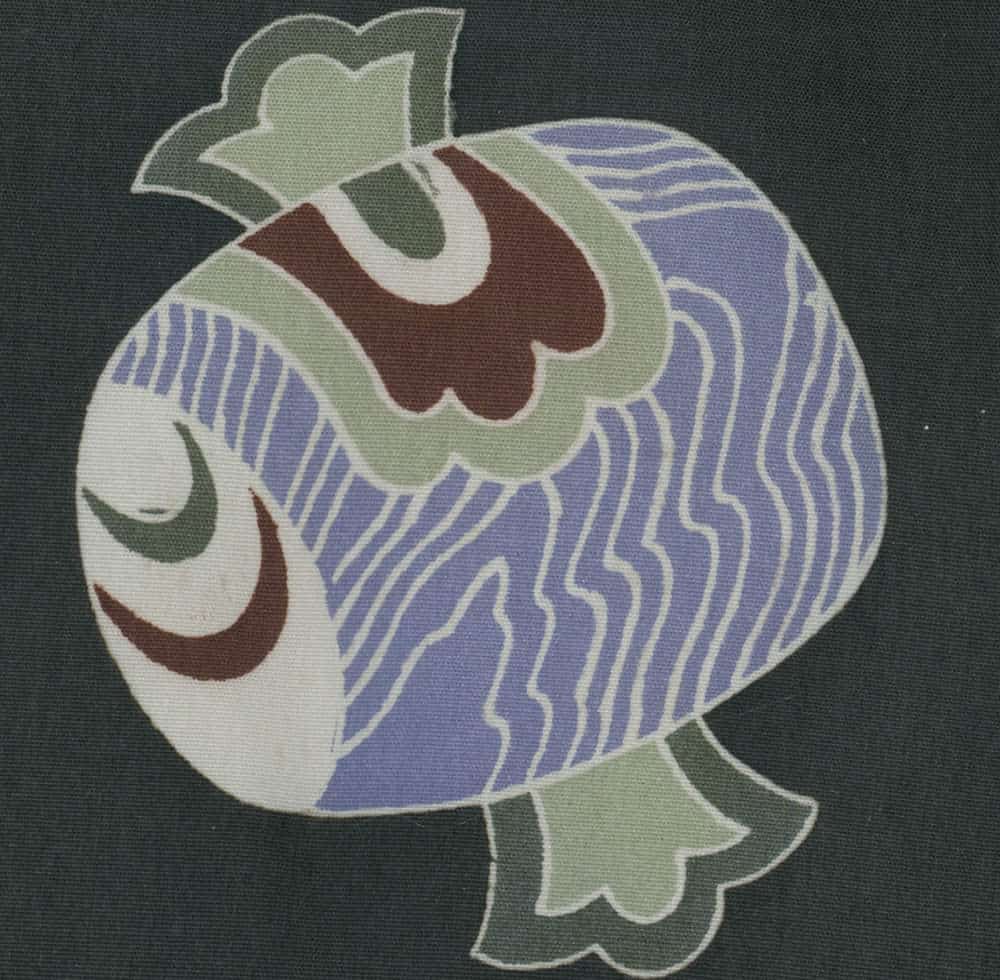 A boys Shinto ceremonial silk kimono featuring depictions of the seven lucky gods of Japanese mythology. The amulet motifs along the bottom of the kimono are very unusual on a miyamairi kimono, as this space is normally left blank (black). 32" across sleeves x 38" height. The Seven Lucky Gods (shichifukujin) represent good fortune. Hotei, the fat, shirtless one, is the god of abundance and good health. Jurojin, with his long staff, is the god of longevity, and was imported from Taoism. Fukurokuju, with his long head, is a god of happiness, wealth, and longevity. He's quite similar in appearance and ability to Jurojin, although he's the only one with the ability to raise the dead. Bishamonten is the god of warriors and a punisher of evildoers, the grumpy one of the seven. Benzaiten, the only goddess in the bunch, is the goddess of knowledge, art, beauty, and especially music, and plays a 'biwa' (Japanese lute). Daikokuten is the god of wealth, commerce, and trade. He carries a big hammer, which is officially known as the magical money mallet. Ebisu, the god of fishers and merchants, often carries a fishing pole or a sea bream. Ebisu was born Hiruko, which means 'leech child', and was born without arms or legs or bones. His parents were the god and goddess of creation, who apparently were not happy with what they created, so they cast him out to see as a baby. By his third birthday he had grown a skeleton, as well as new arms and legs, and he became the god Ebisu. Of the seven gods, only Ebisu originated in Japan - a Shinto kami deity - while Daikokuten, Bishamonten and Benzaiten originated in India, and were brought to Japan as part of the Buddhist pantheon, while Hotei, Fukurokuju and Jurojin can trace their ancestry to China. The concept of the Lucky Gods as a group of seven is thought to have originated among the merchants of Osaka and Kyoto during the 15th and 16th or 17th centuries.