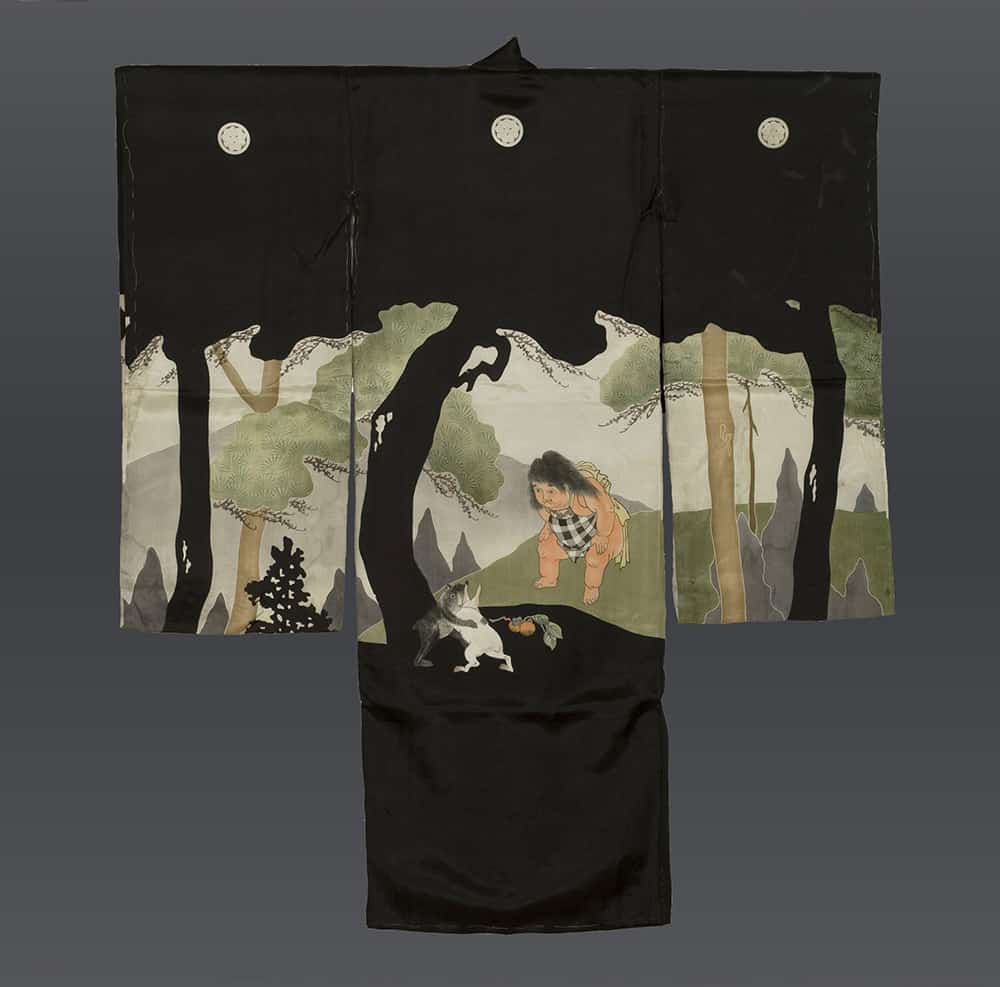 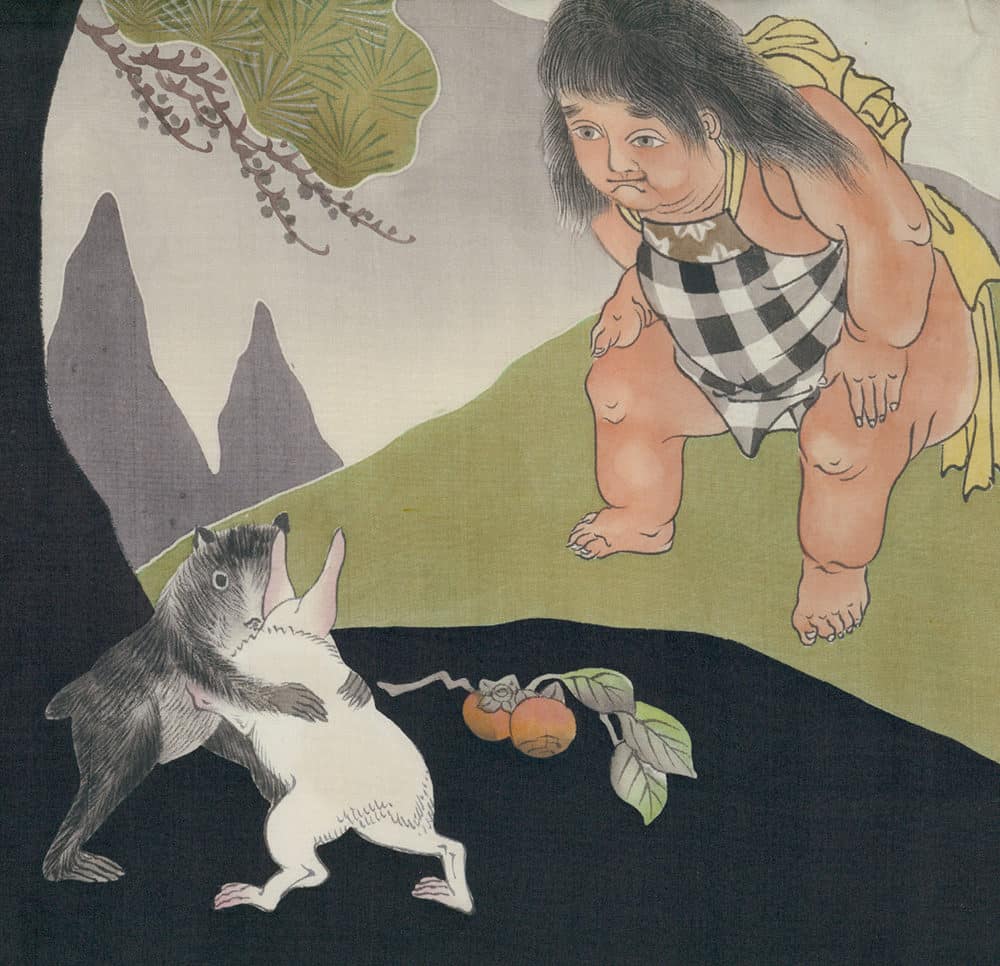 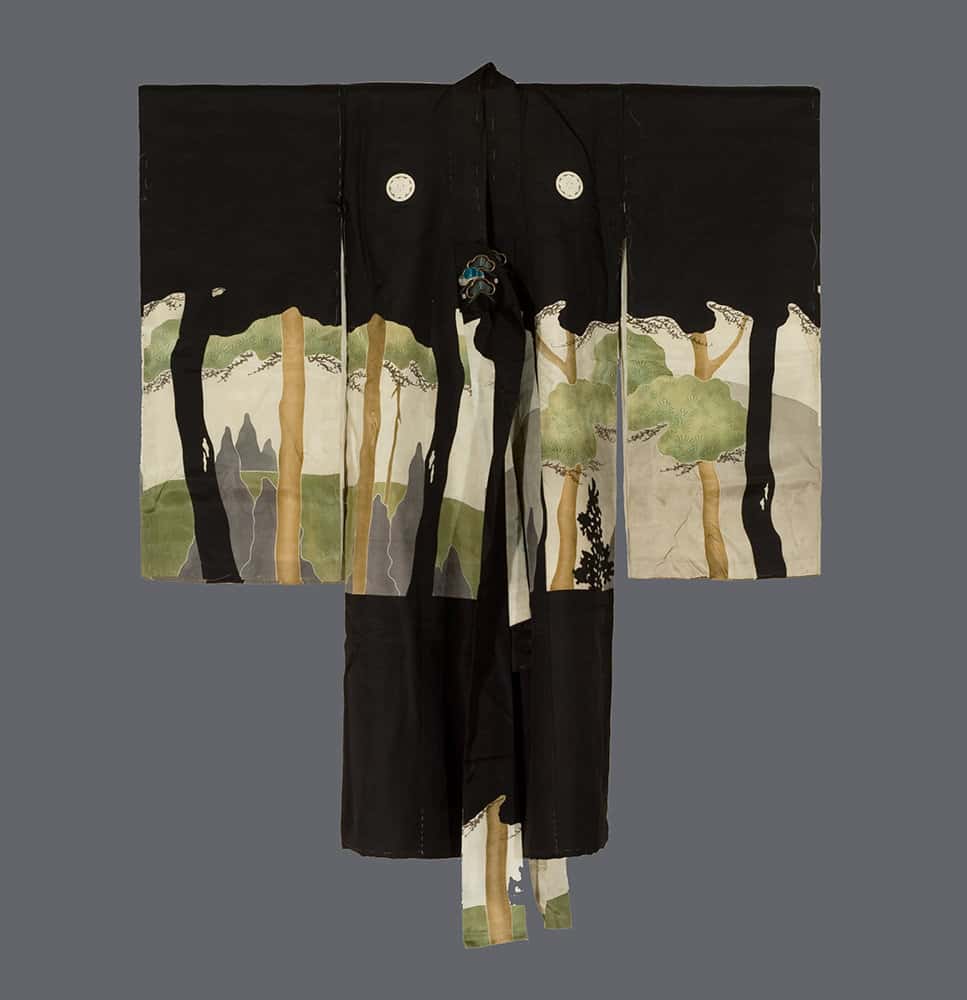 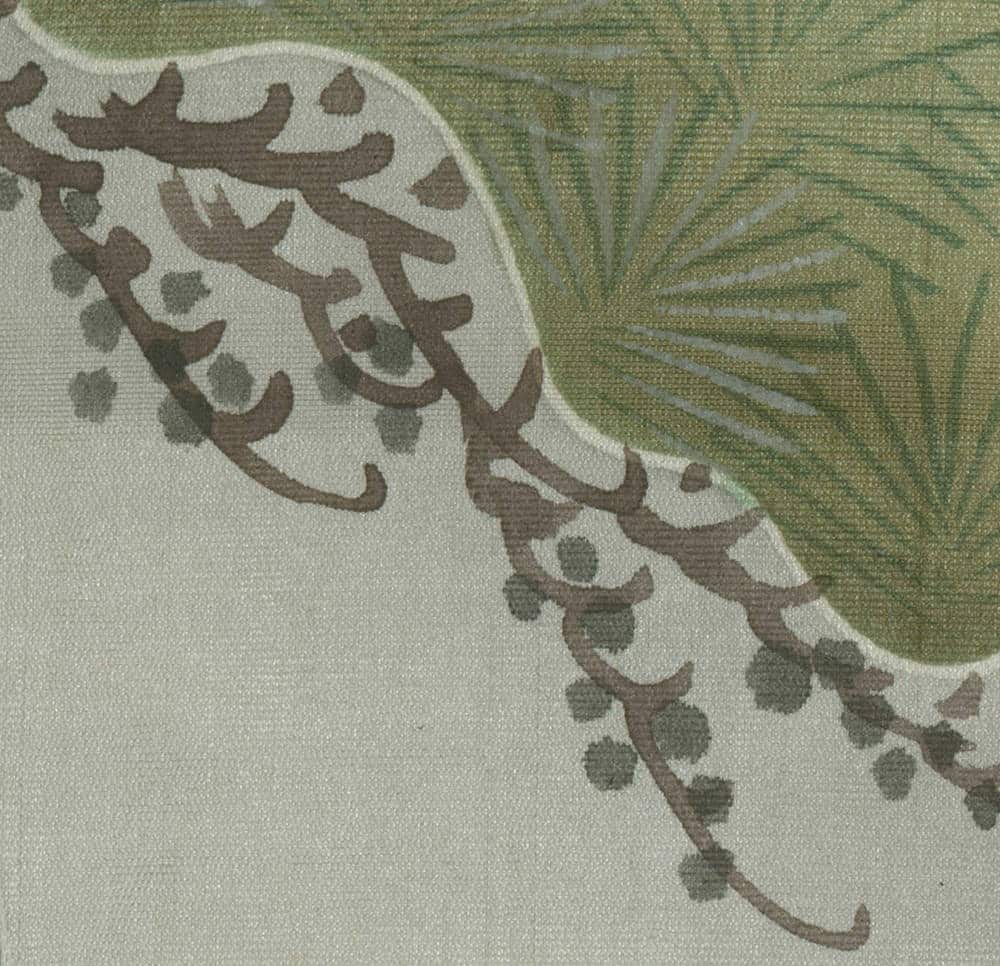 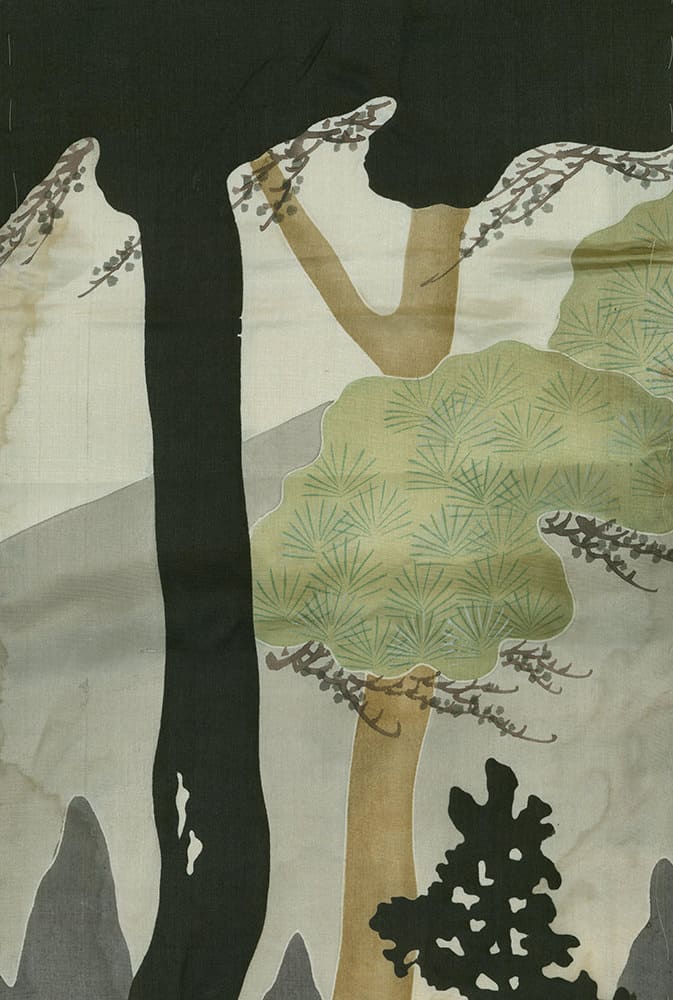 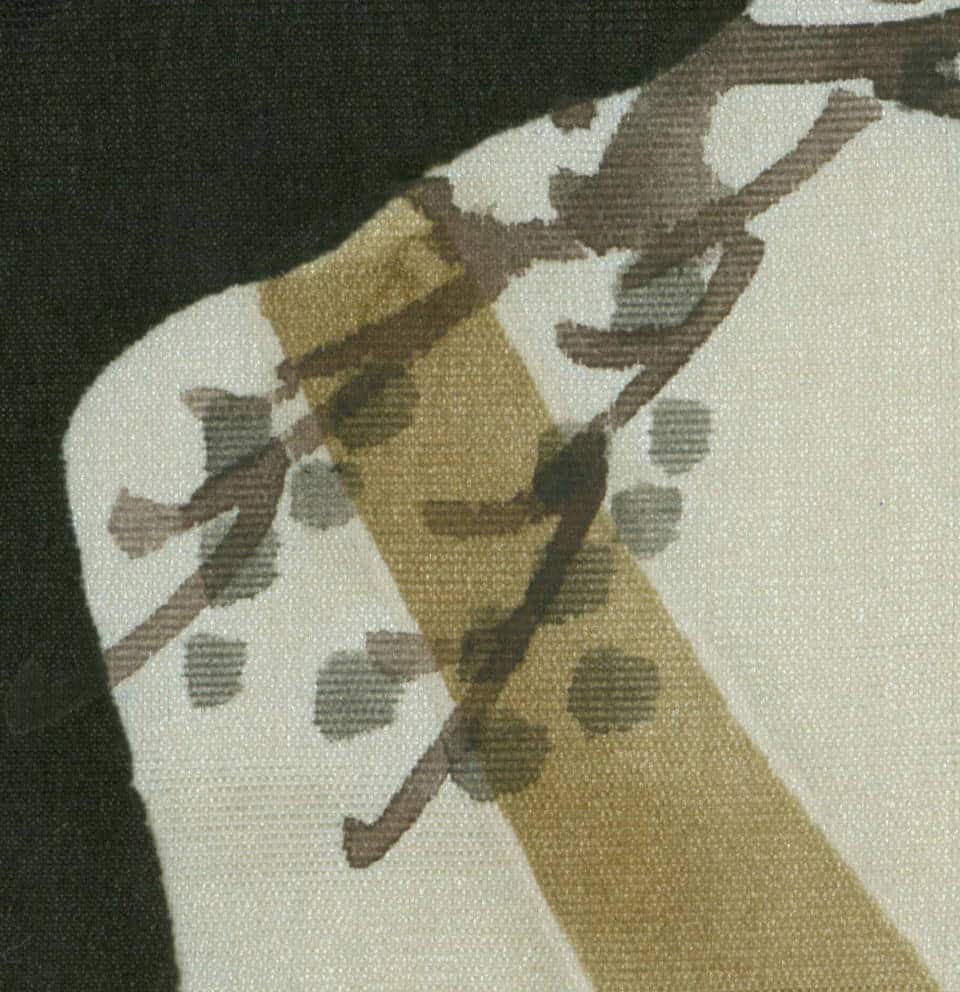 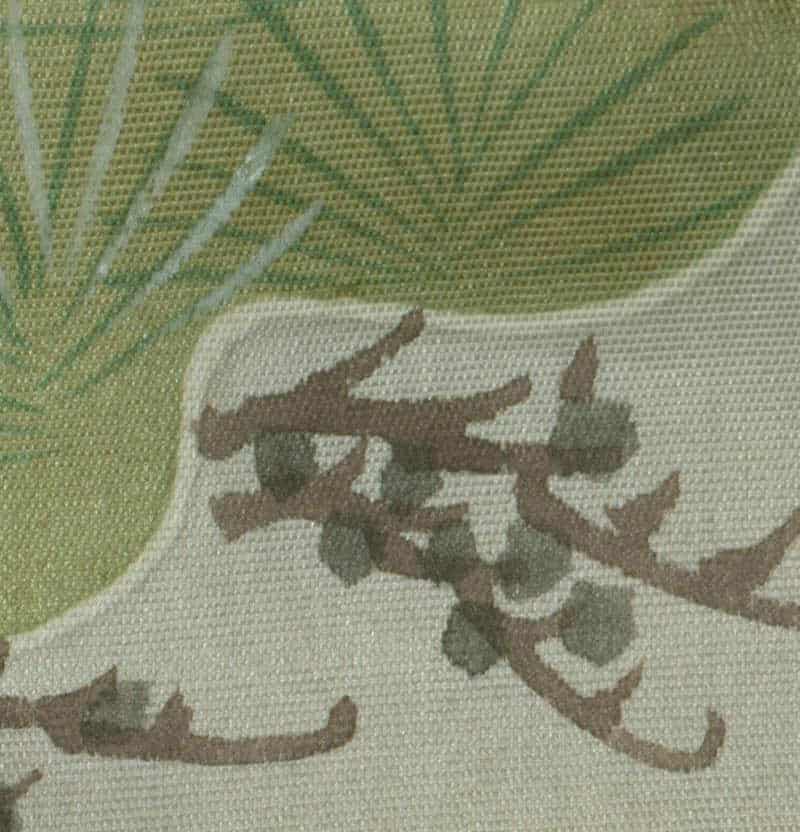 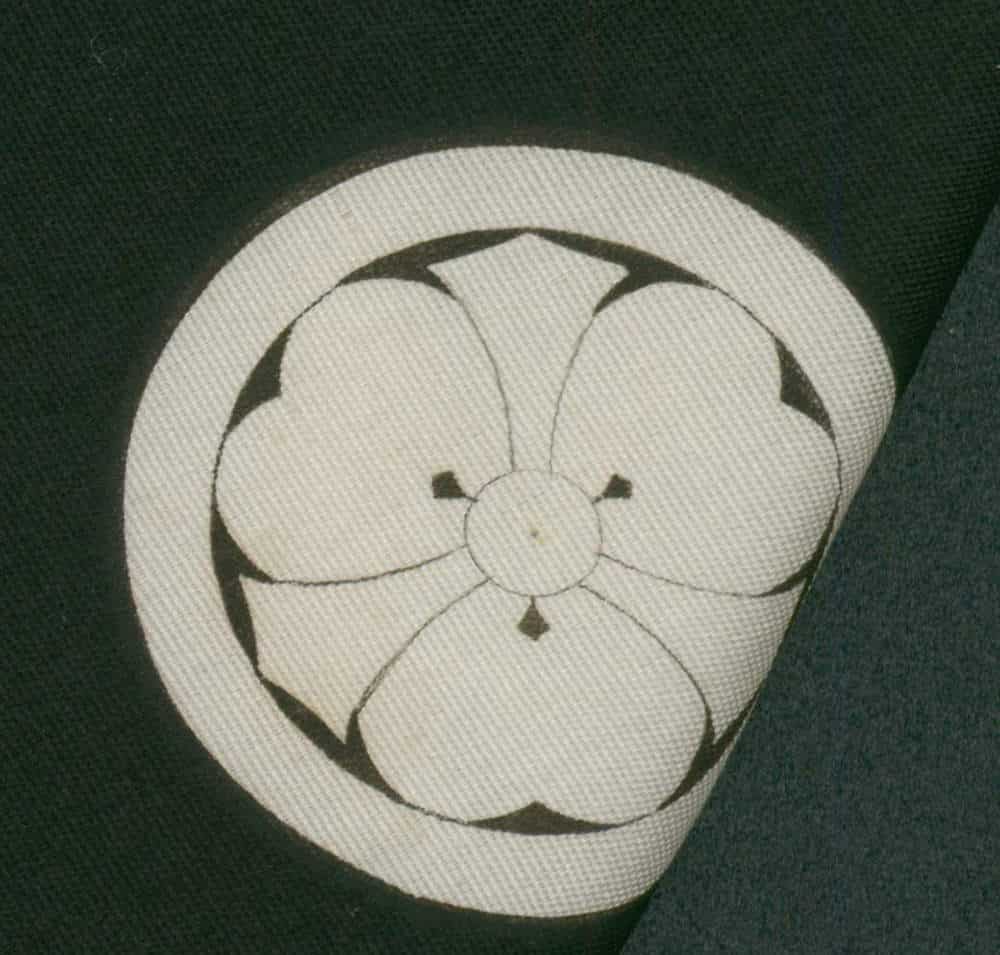 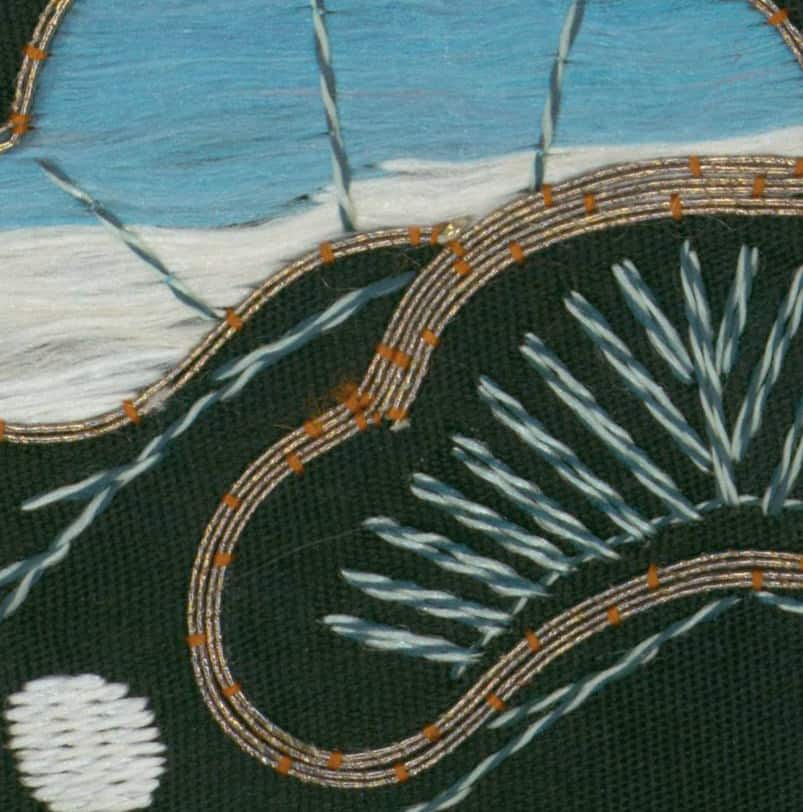 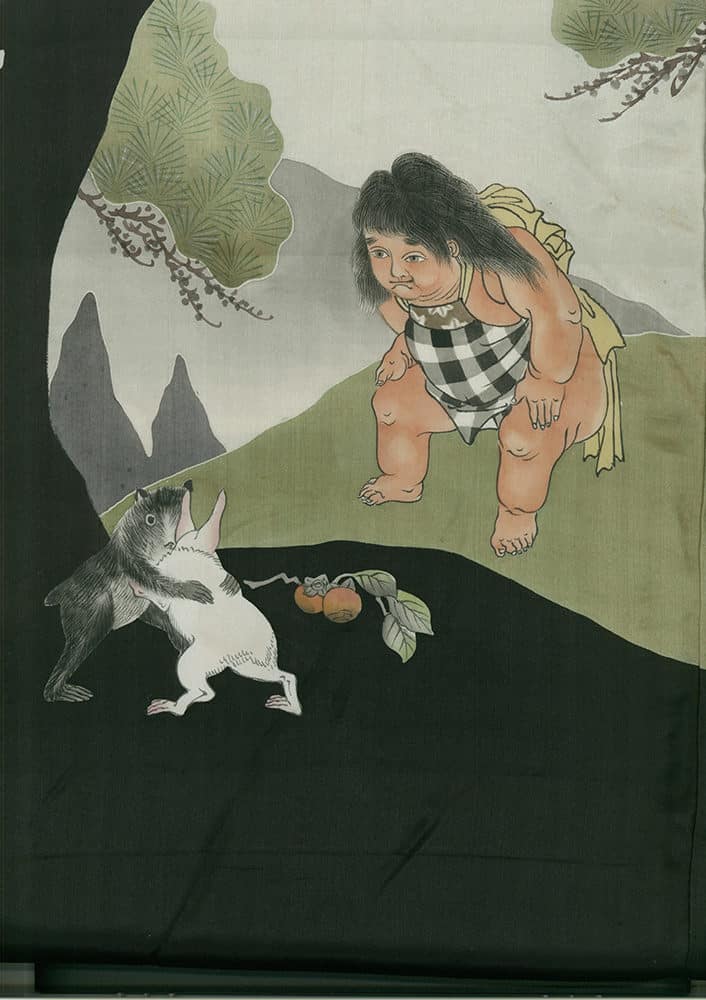 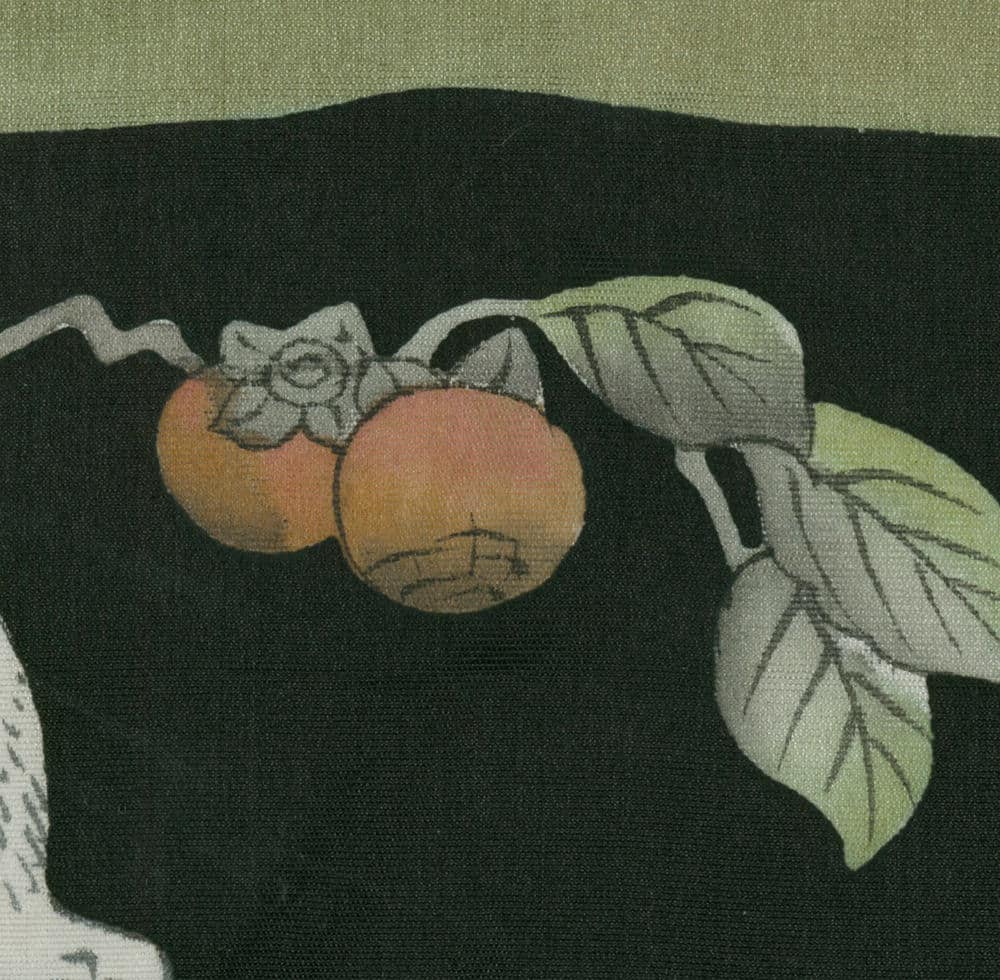 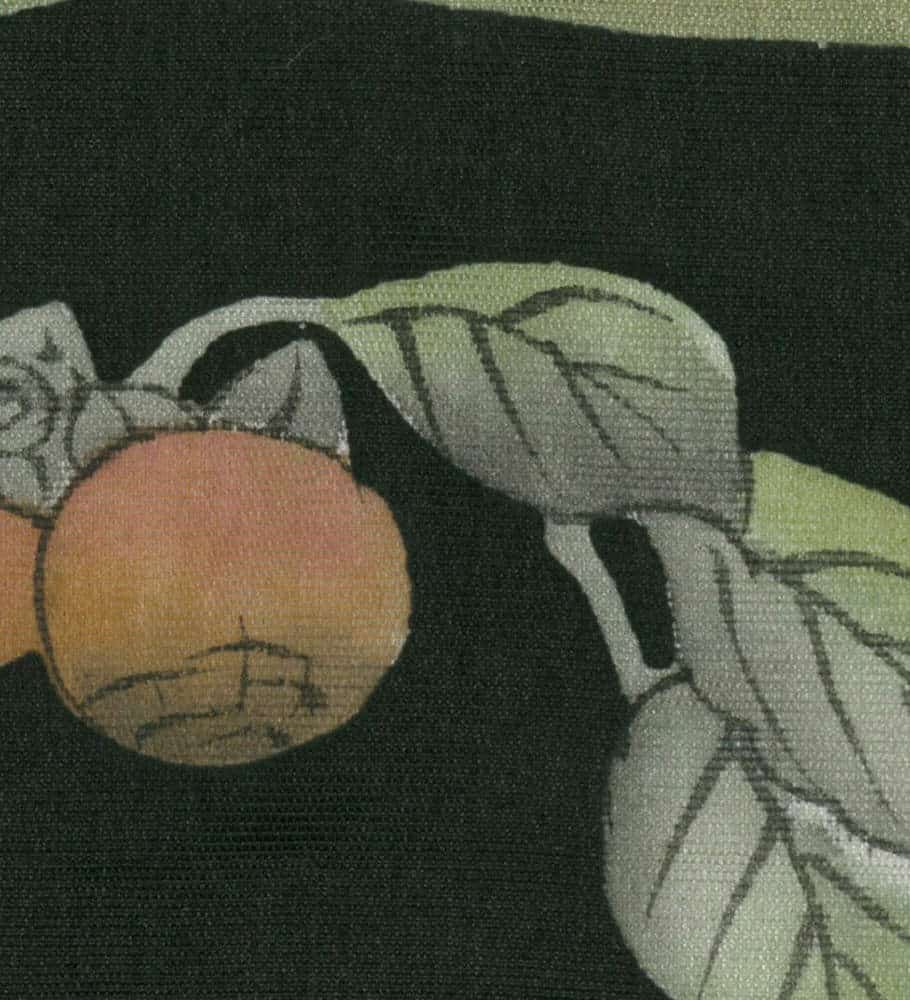 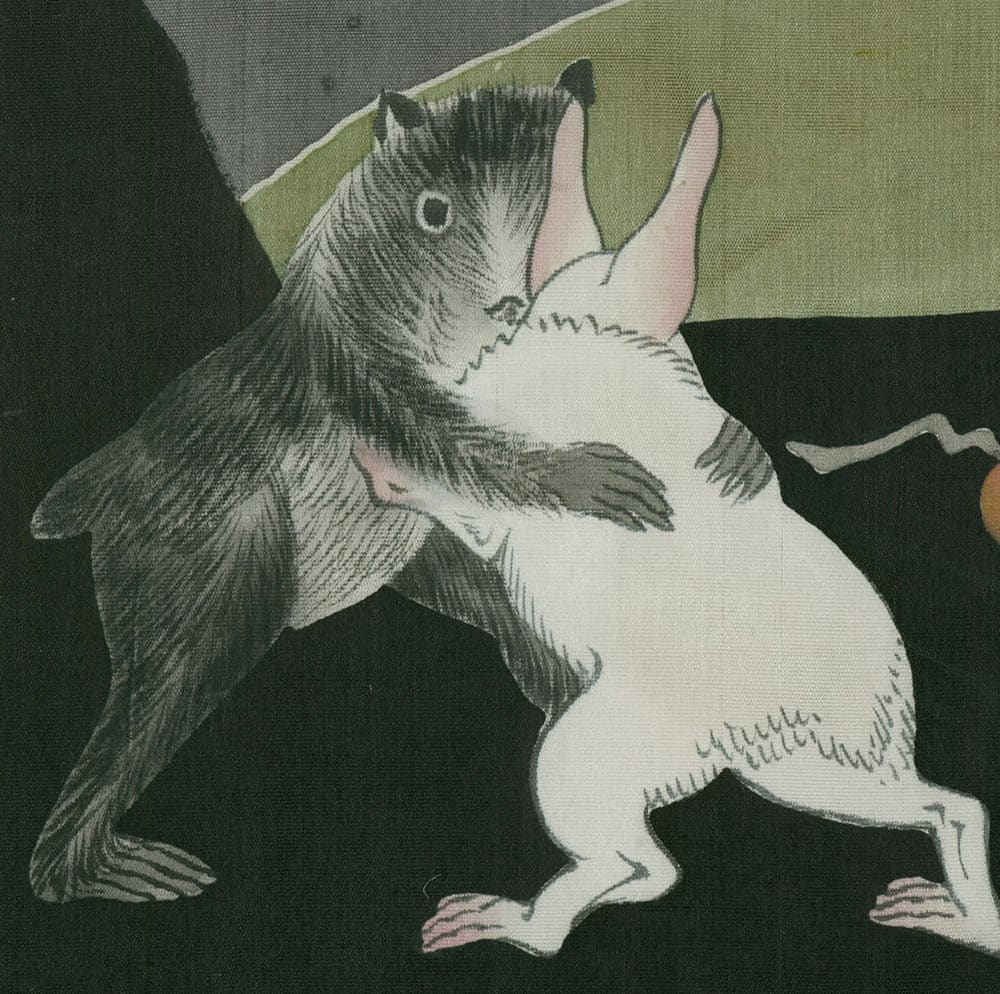 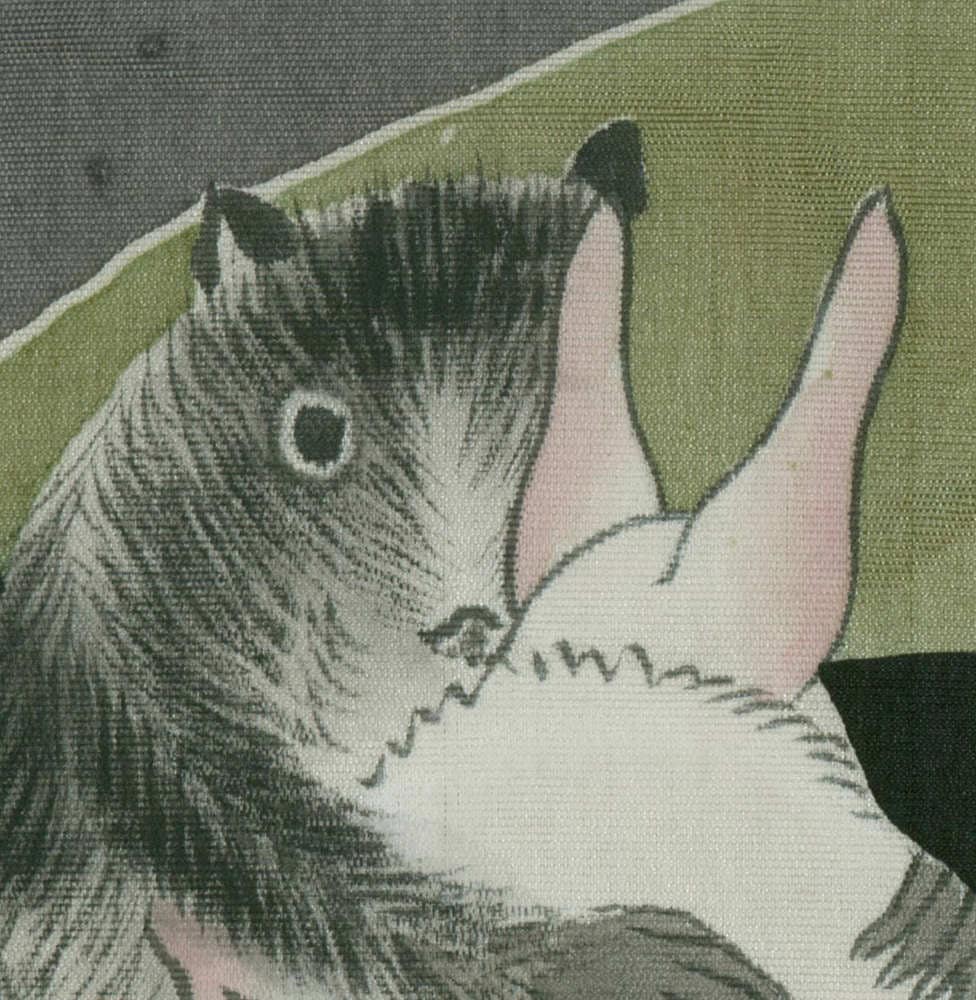 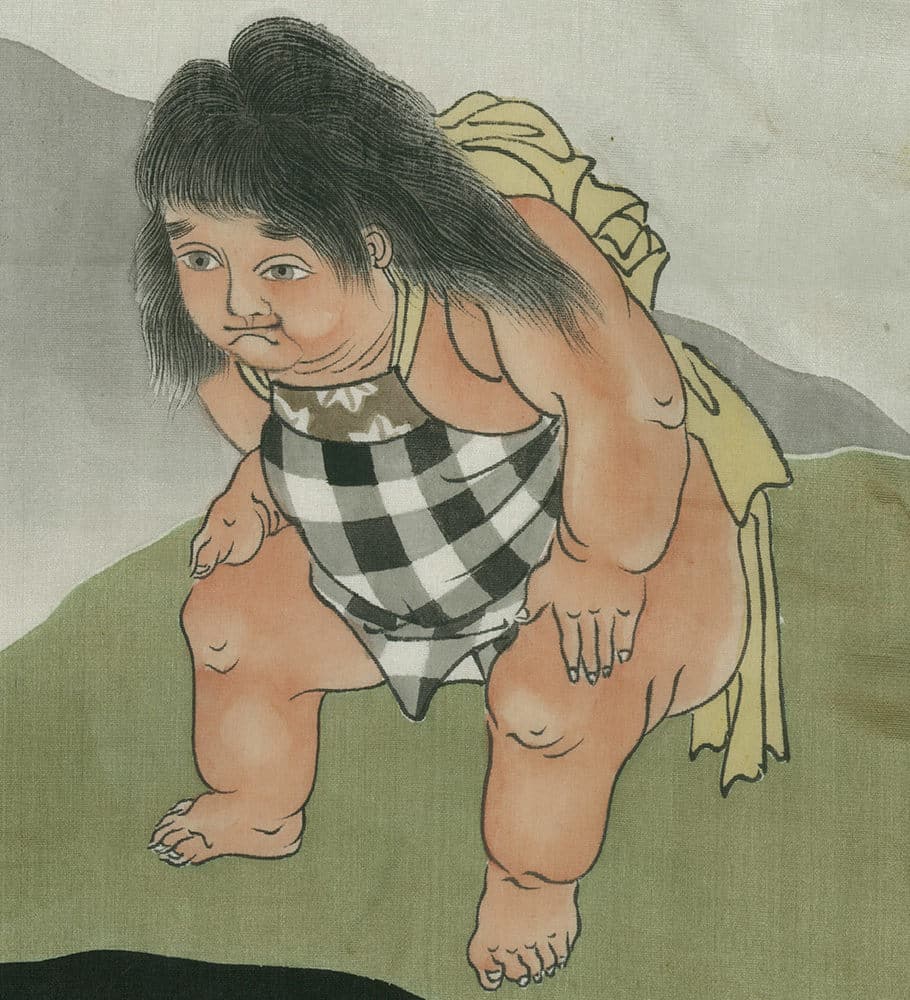 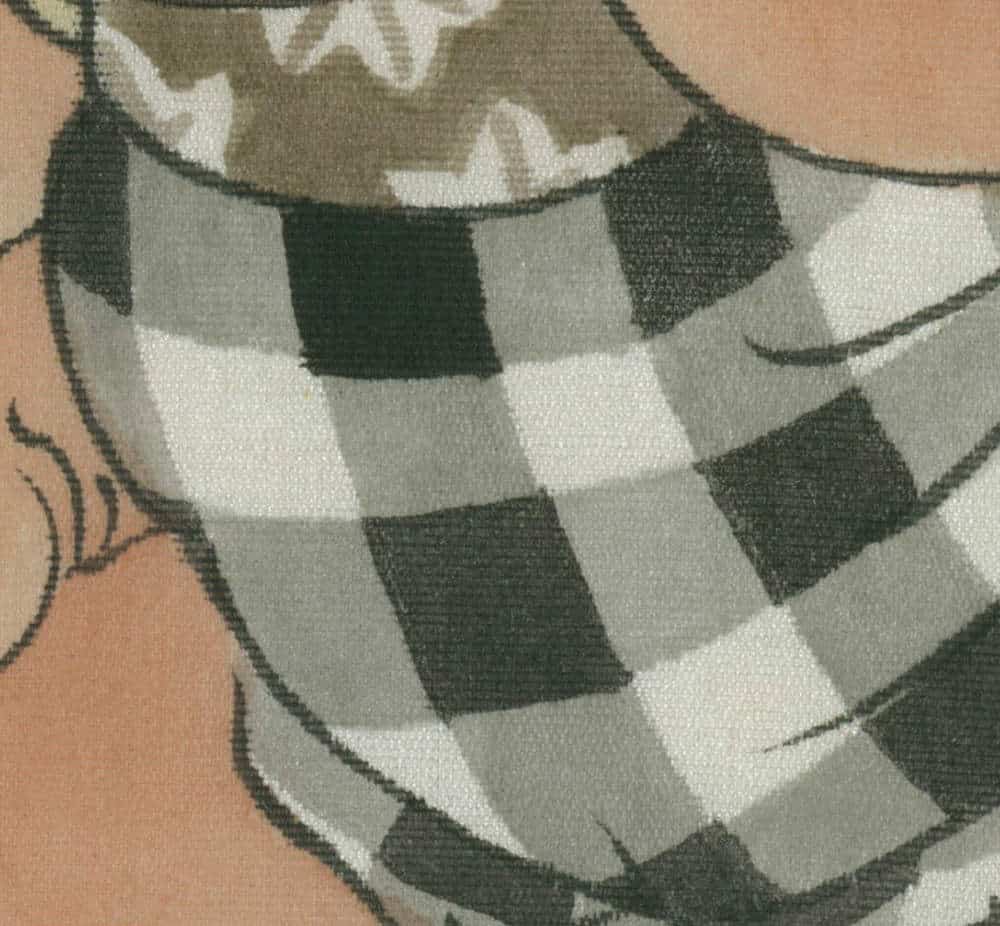 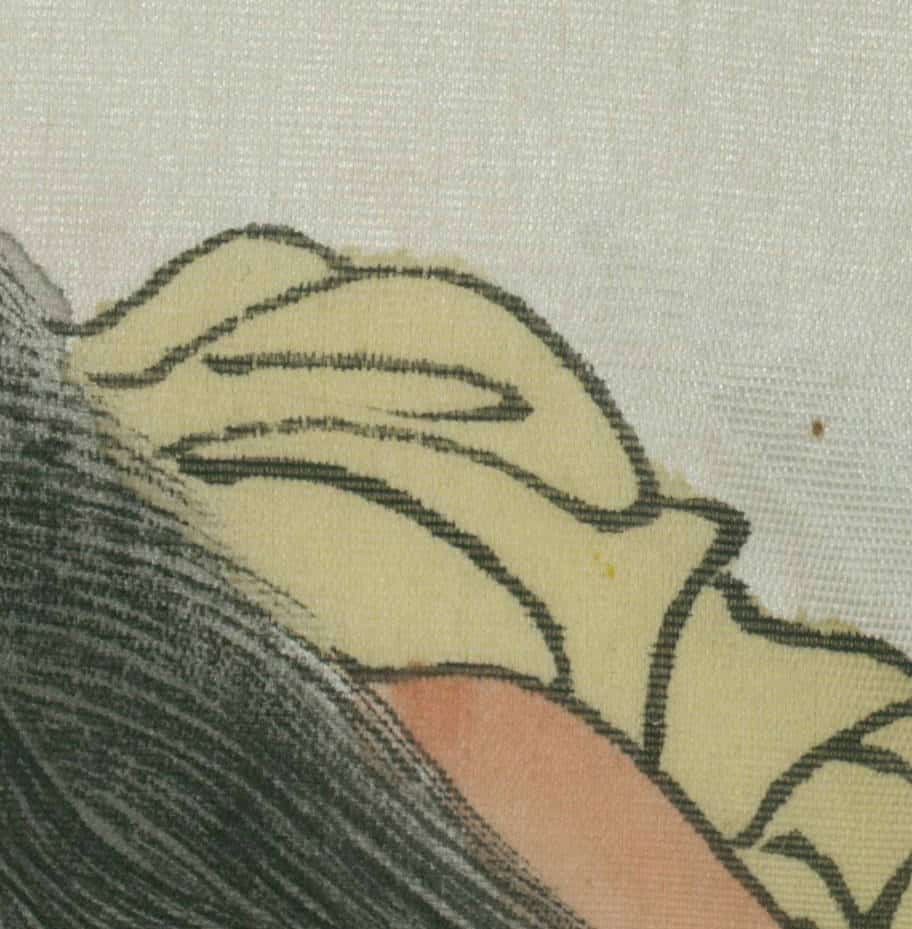 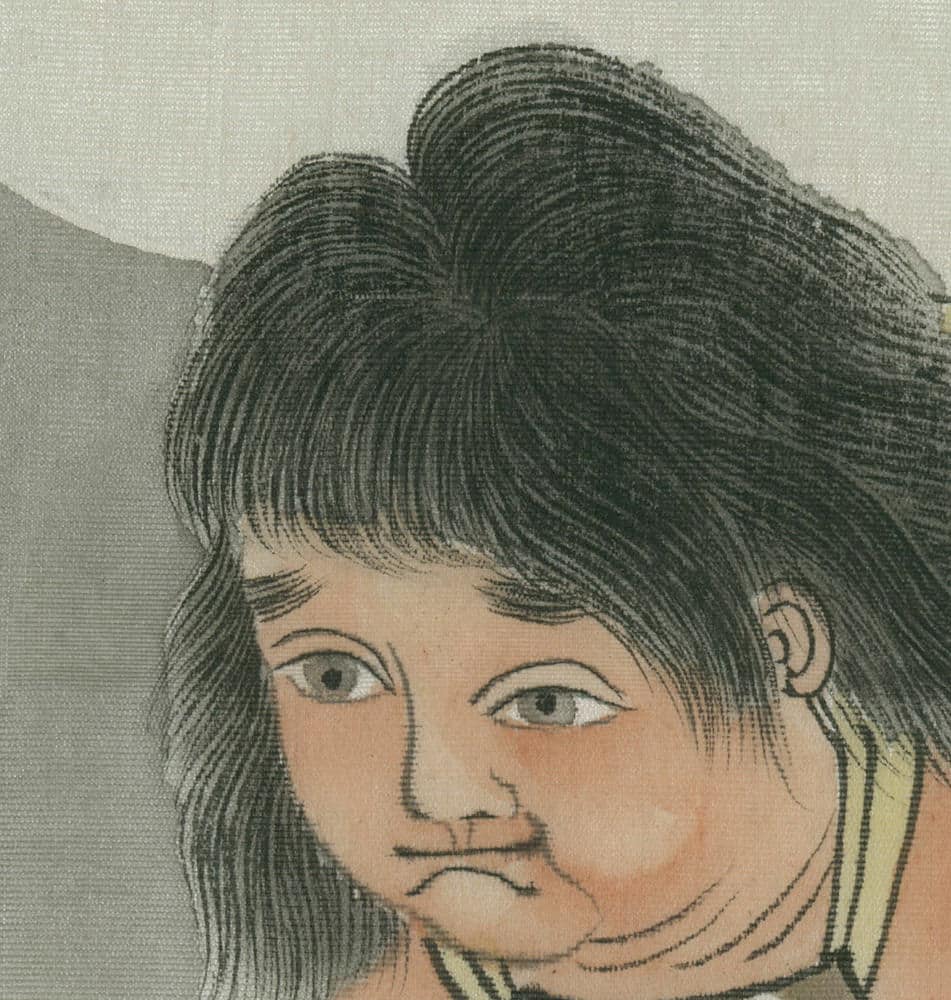 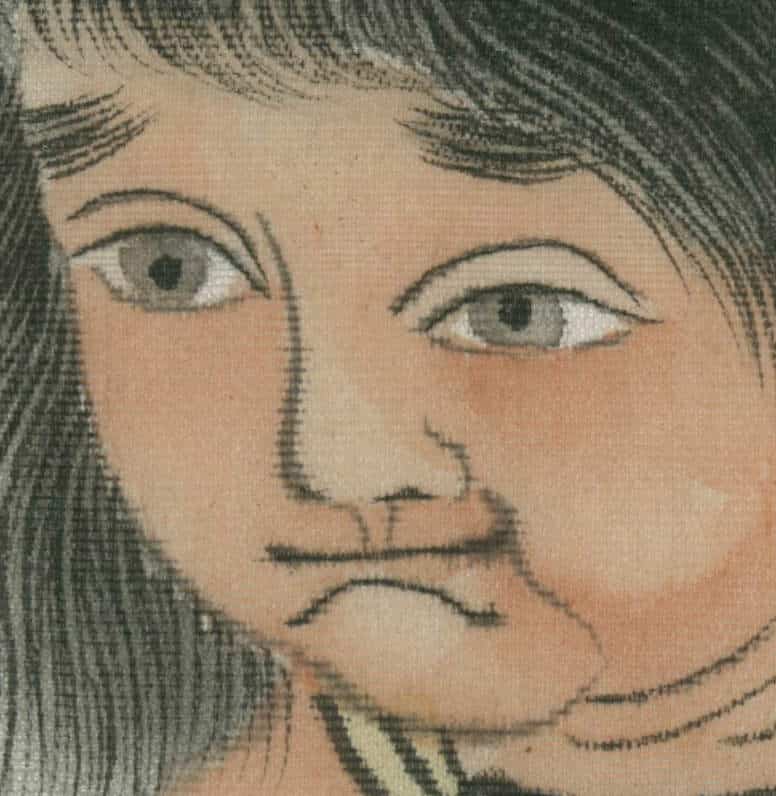 A boy's ceremonial silk antique kimono featuring unusual yuzen-painted depictions based on a Japanese folktale.  24" across the sleeves x 38" height. One old Japanese folktale involves the story of Kintaro, a baby abandoned by his parents at birth near Mount Fuji. He was raised by Yamauba, half-woman, half-spirit who lived in the Ashigara mountains near Mt Fuji where he was abandoned. He grew up with animals as friends and one day he referees a series of wrestling matches between pairs of some of these friends, including a one between a rabbit and a monkey. Following are a few excerpts from a 1903 English translation of this folktale: Kintaro said, "Here is a place for a good game. What do you all say to a wrestling match?"; "All right," said Kintaro, "I will look on while you all wrestle with each other. I shall give a prize to the one who wins in each round.". The first artistic depiction of this legendary match can be found on a 1830 Kuniyoshi woodblock print, however, the central theme of this kimono artwork is obviously directly inspired by an October 1890 13"x9" woodblock print by Tsukioka Yoshotoshi ,, titled 'Moon of Kintoki's Mountain'. Tsukioka Yoshotoshi, a late 19th century Japanese print maker, was very famous for his woodblock print series entitled "One Hundred Aspects of the Moon". Although the depictions of Kintaro, vegetable and rabbit are virtually identical on the kimono and Yoshotoshi print, the monkeys face is different in the kimono, where it more resembles a rat or other animal. Furthermore, the scene on the kimono is within a forest, unlike the print. It is possible that Yoshotoshi was involved in creating the design for this kimono, as the forest scenery and wrestling match imagery seem so complementary and reflective of Yoshotoshi's artistic sensibility. Tsukioka passed away in 1892, so if he was involved in designing this kimono, it would have logically have been during the 1890-1892 time period.  We have seen only one other garment with the same motifs: item 2563.