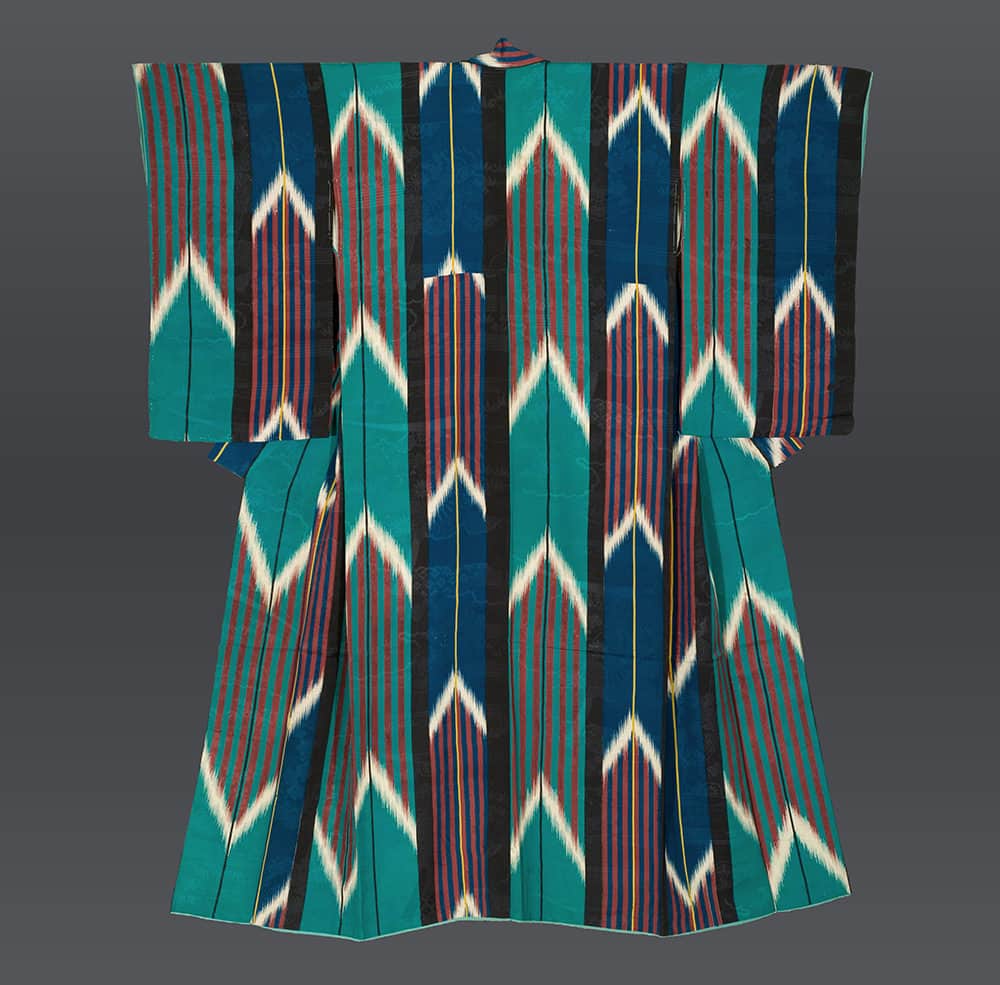 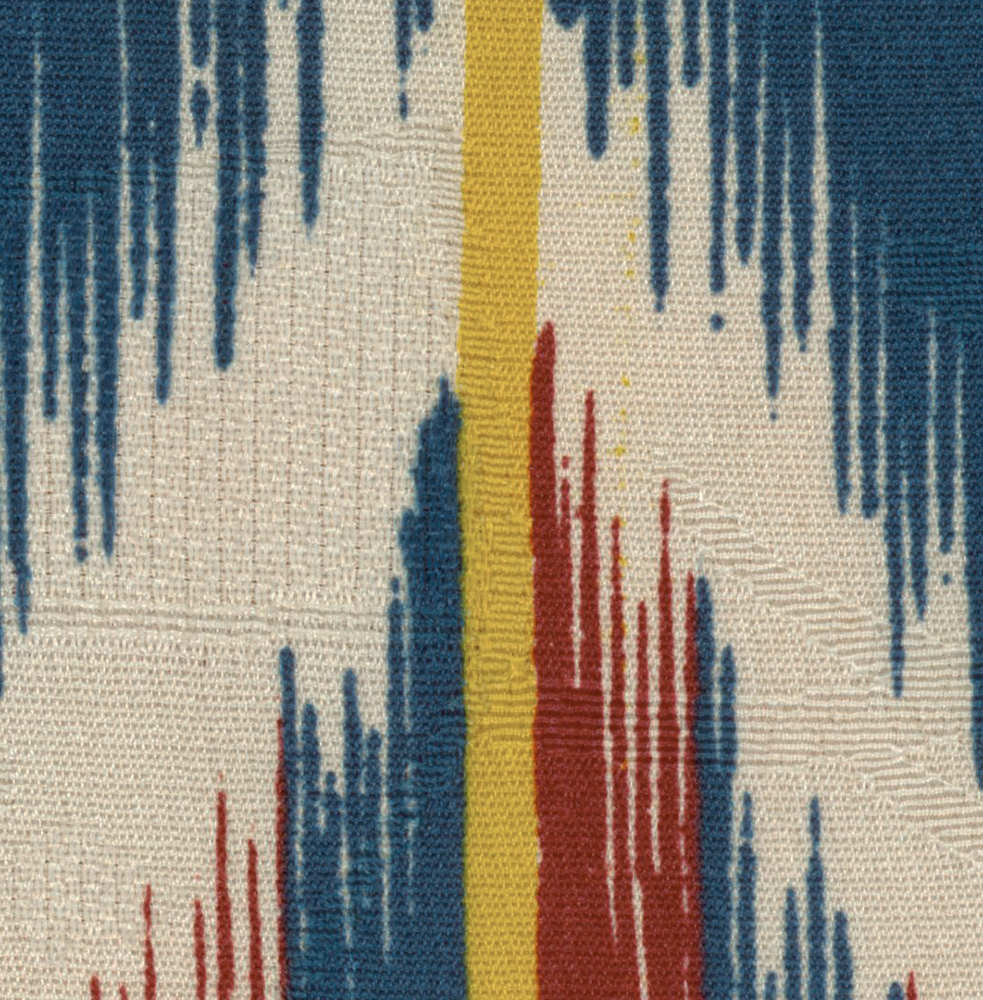 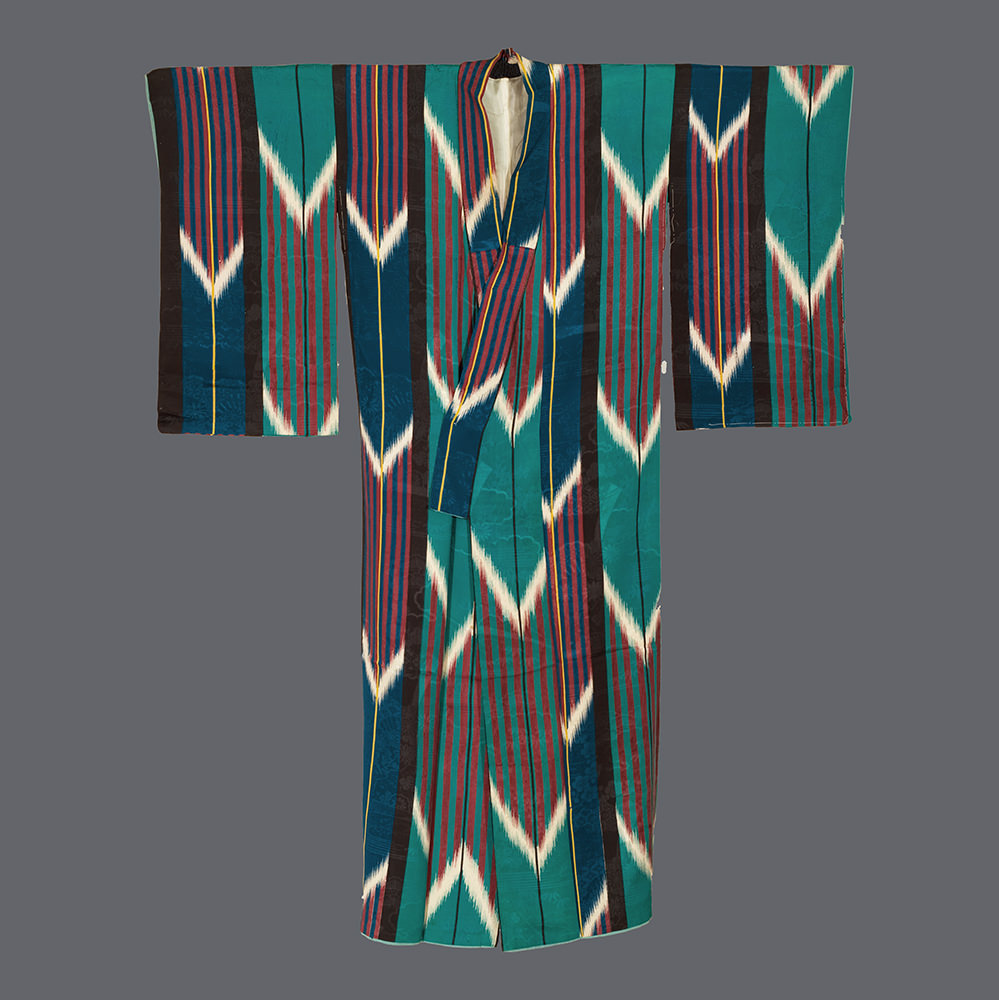 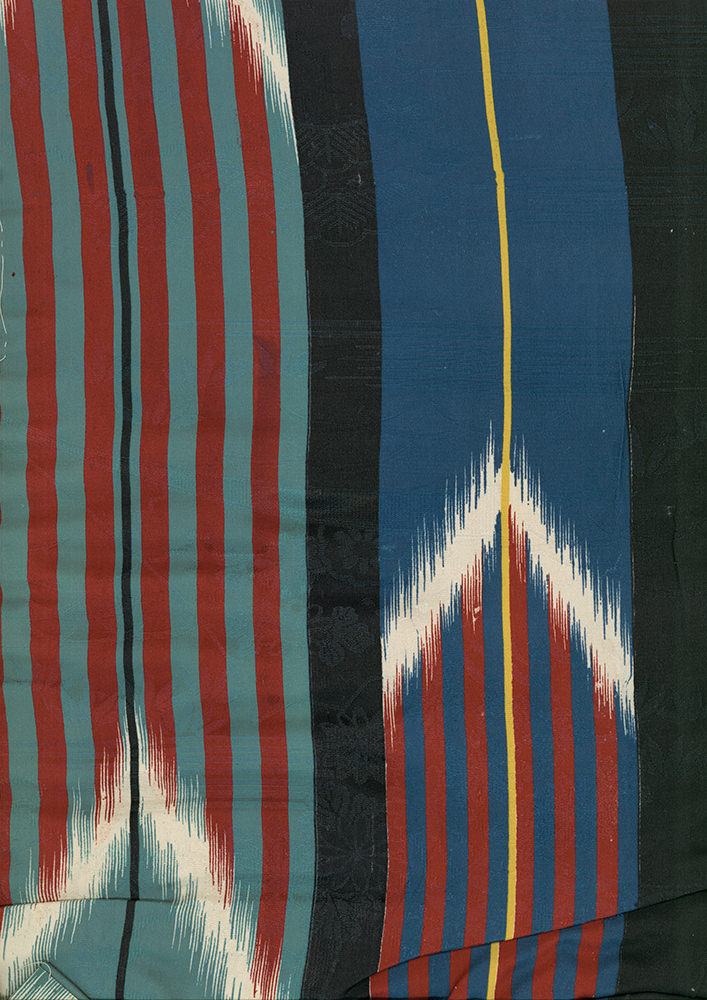 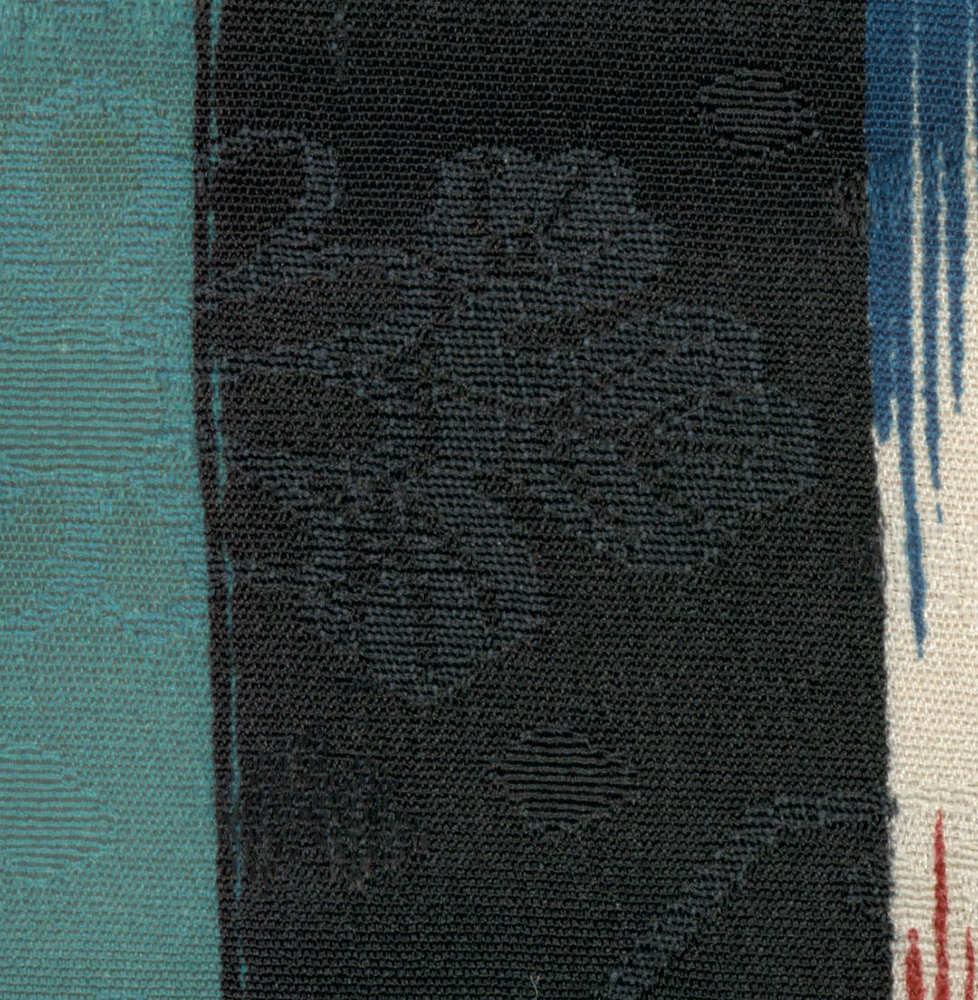 A silk kimono featuring an unusually bold and colorful take on that popular 'yabane' (arrow feather) motif design. Rinzu (damask) background with chrysanthemum and cherry blossom motifs in figured satin. Very good condition, with a few small stains that get lost due to the dramatic design. 50" from sleeve-end to sleeve-end x 60" height. The arrow feather (yabane) motif first became fashionable in Japan as early as the Heian era -- initially with martial connotations -- and during the Edo era it was often used on kimono for ladies in waiting. The motif was very popular on schoolgirl and teacher kasuri (ikat) kimonos of the mid to late Meiji period. During the Taisho and early Showa periods the yabane was a popular woman's kimono motif, created via shibori, stenciling, or yuzen-dyeing. The arrow-feather motifs were most often vertical, as in this example. The Yabane pattern , like most geometric motifs, is all-season, however, it has an auspicious association with weddings -- like an arrow shot from a bow, a bride does not return to her parents' house. The yabane motifs on this kimono are bolder and more outlandish than any in other kimono that we have come across. Such kimonos as this example that had new graphic takes on traditional motifs is the hallmark of some of the best Taisho and early Showa period kimono art.