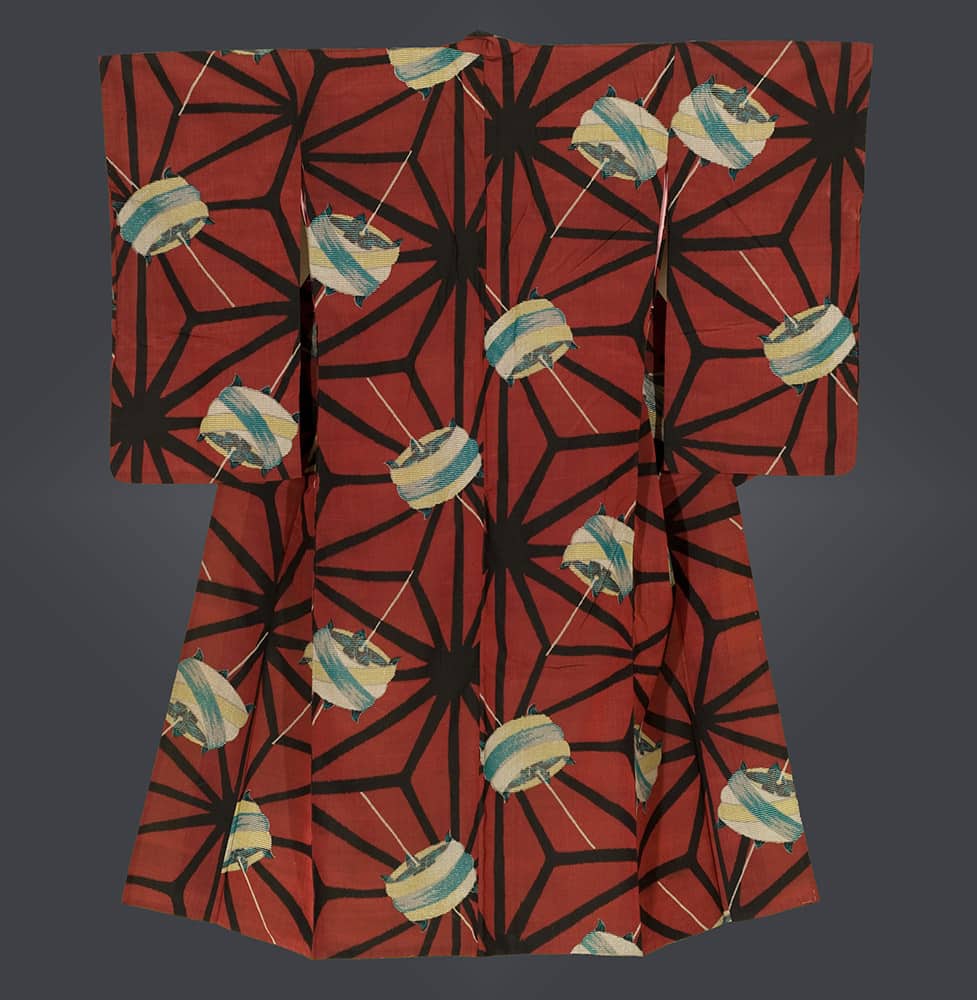 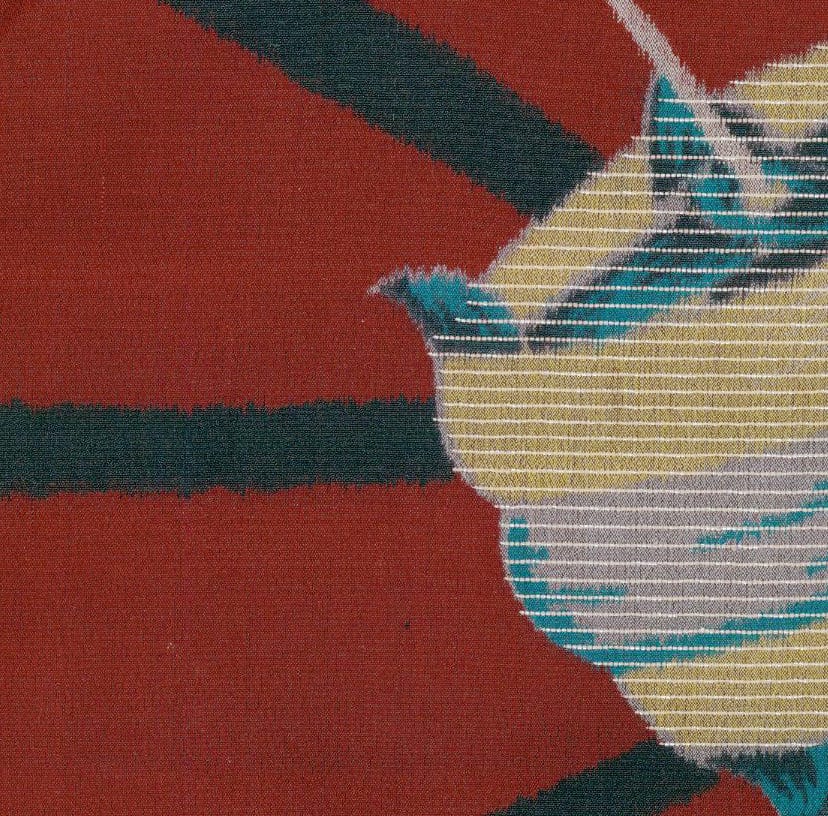 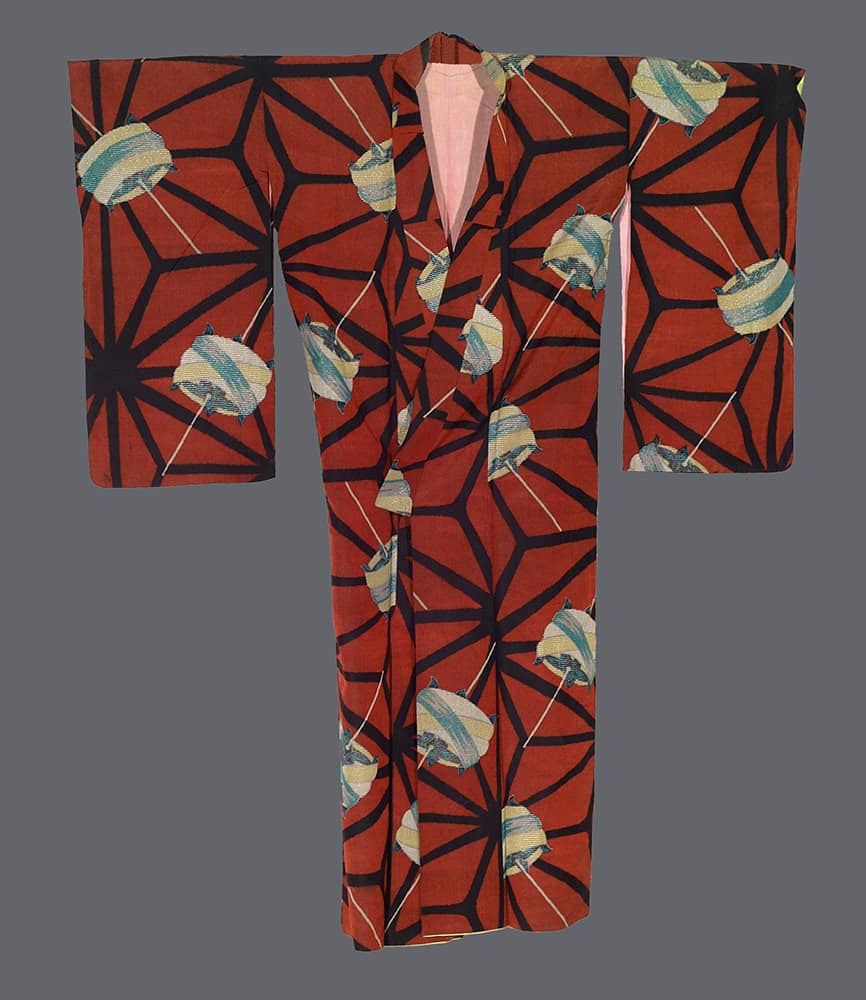 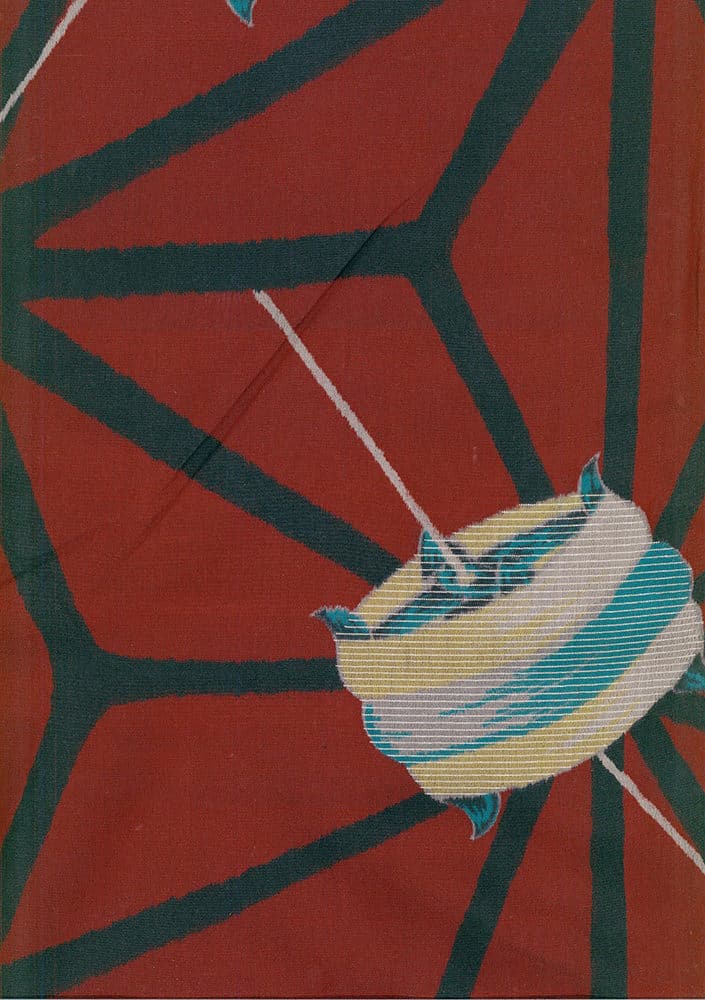 A silk meisen kimono featuring bobbins on a hemp-leaf pattern ('asanoha'). 48" from sleeve-end to sleeve-end x 59" height. Traditionally, silk-reel bobbin (itomaki) motif, because of it's association with thread and weaving, is emblematic of the Tanabata festival, observed on the seventh day of the seventh month, celebrates the yearly reunion of the Herdsman (Altair) and Weaver Girl (Vega) stars. The legend in short has that the Weaver Girl, daughter of the Celestial Emperor, was said to have fallen in love with a Herdsman and consequently neglected her weaving duties. As a result, the two lovers were condemned to spend the entire year on different sides of the Heavenly River (Milky Way) until the seventh day of the seventh month, when the Herdsman was allowed to cross the Milky Way and be united with his lover for a single night. Thus the silk-reel bobbins on this kimono were intended to be emblematic of the Tanabata festival; moreover, weaving implements could and were used by the Japanese for the appeasing vengeful spirits. The background pattern on this kimono, the asanoha motif, is one of the most popular Japanese traditional patterns. This pattern was named asanoha because the shape literally looks like a hemp leaf. In spite of its name, however, the pattern did not borrow motif from a plant; rather, it is a geometric design with six diamond-shaped patterns arranged in a radial manner. The asanoha pattern is considered by the Japanese to have protective properties, and has been traditionally utilized on baby diapers and clothing. The randomly-placed itomaki (bobbin) motifs on the black and red asanoha motifs on this kimono create a dramatic and graphic image.