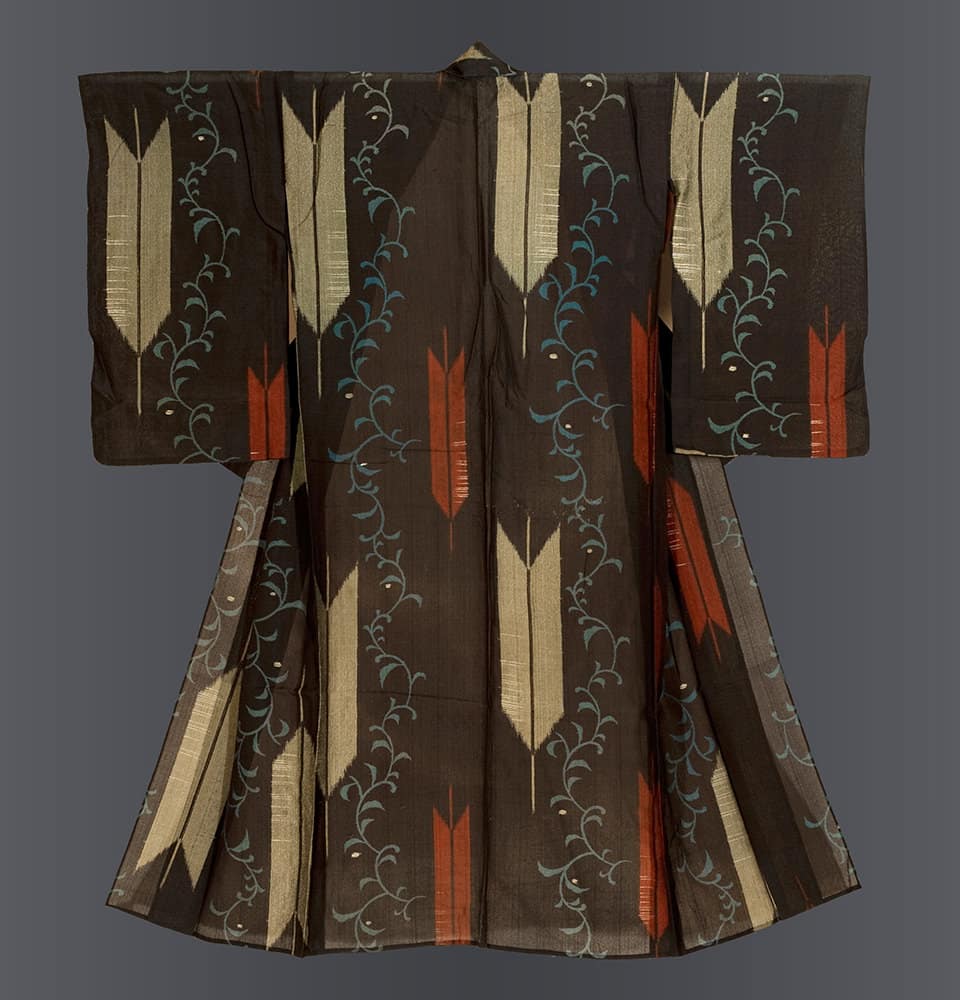 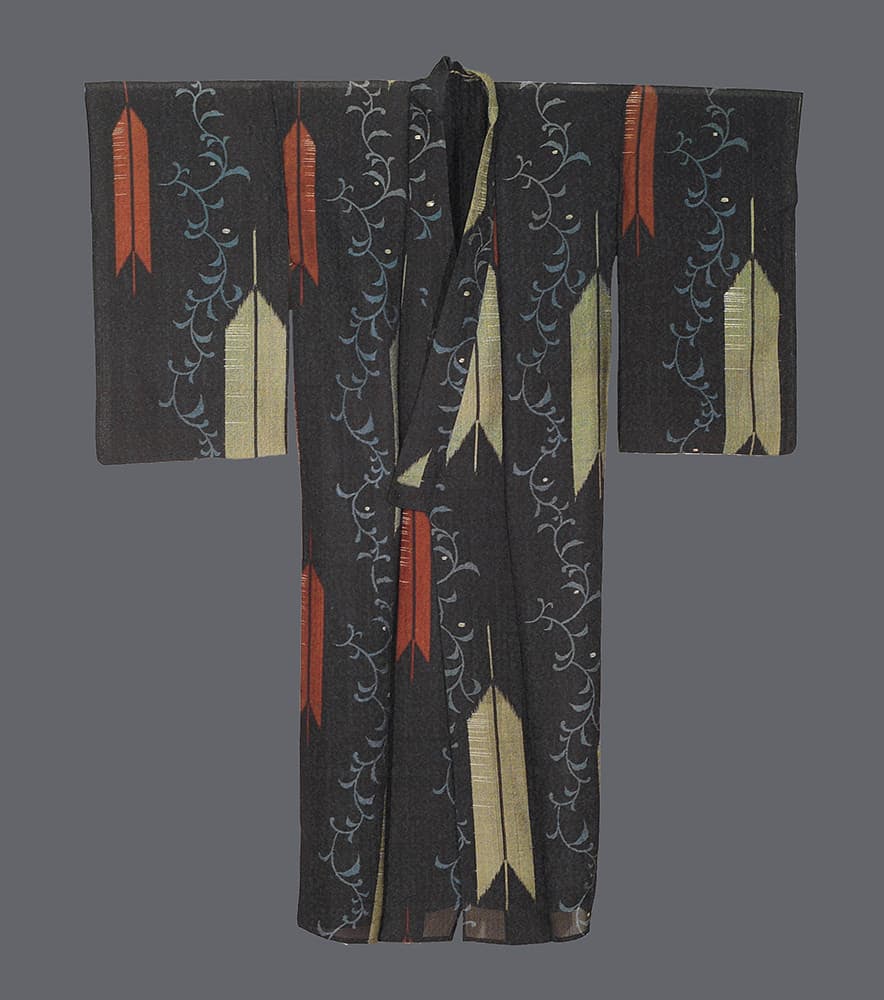 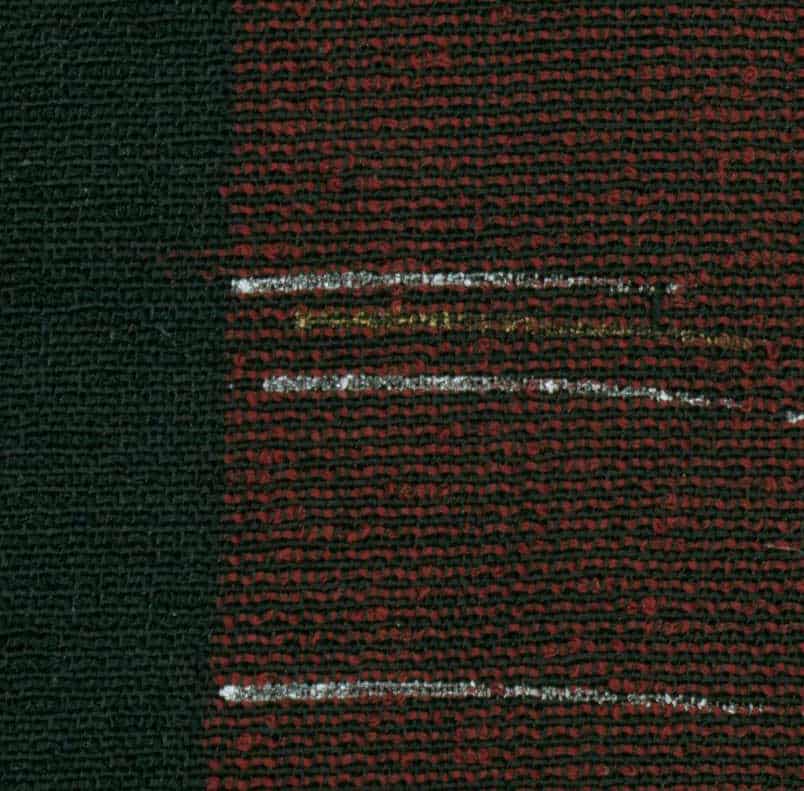 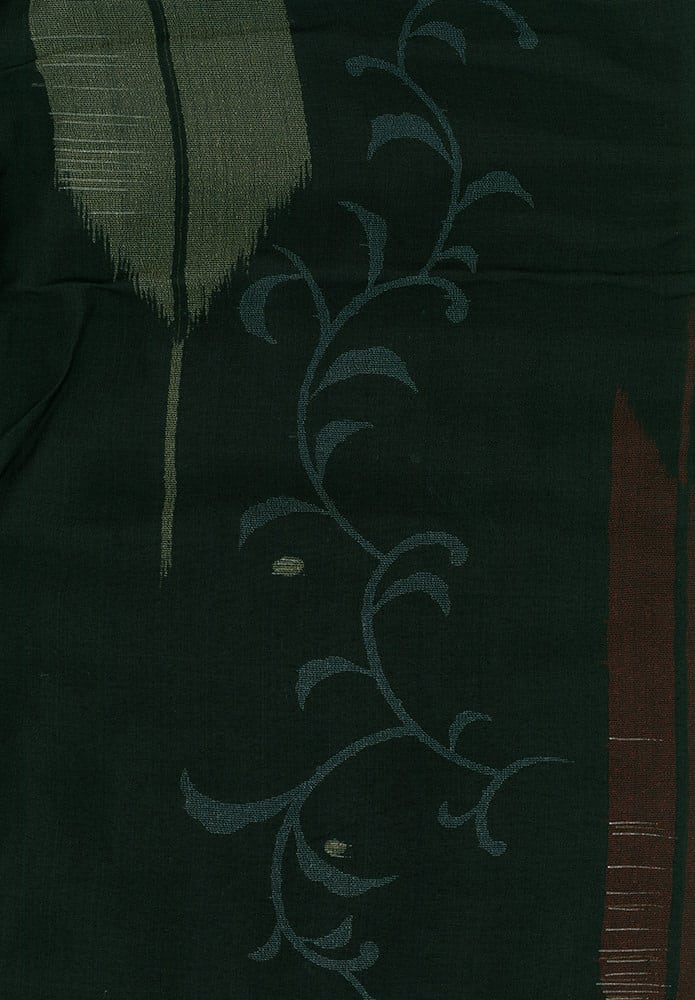 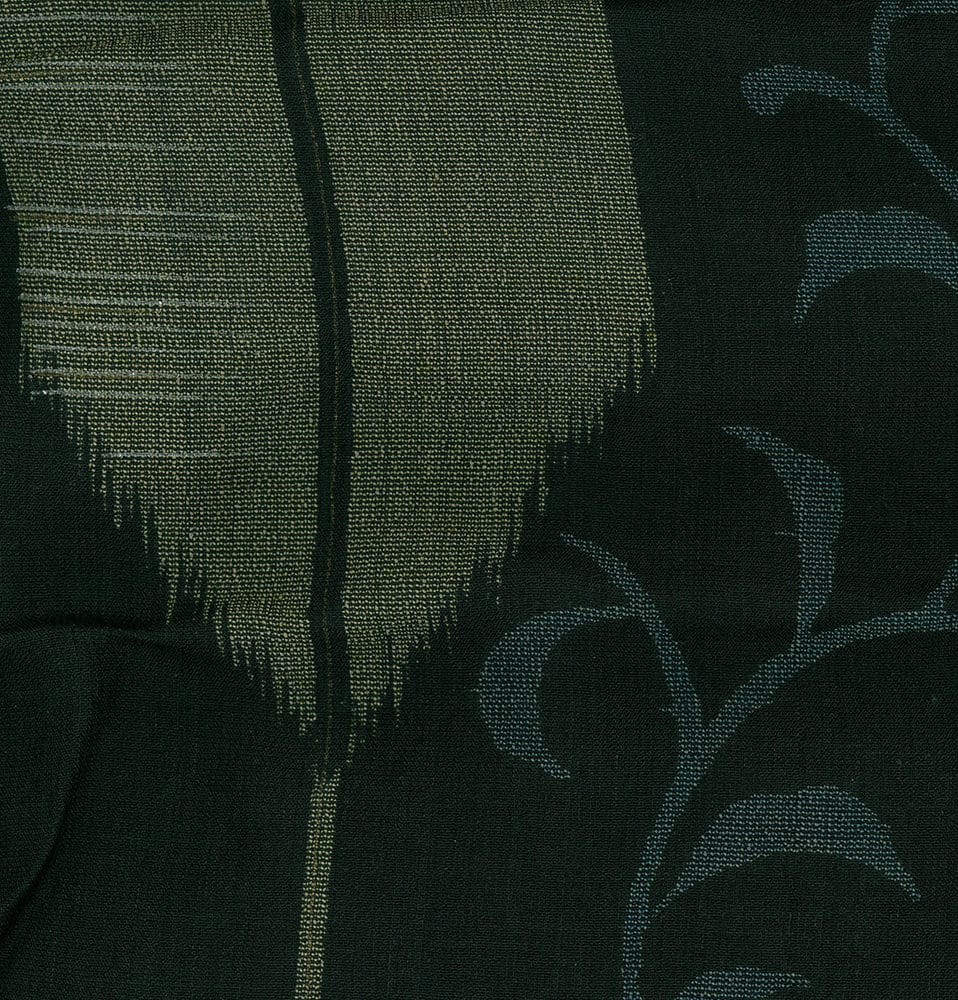 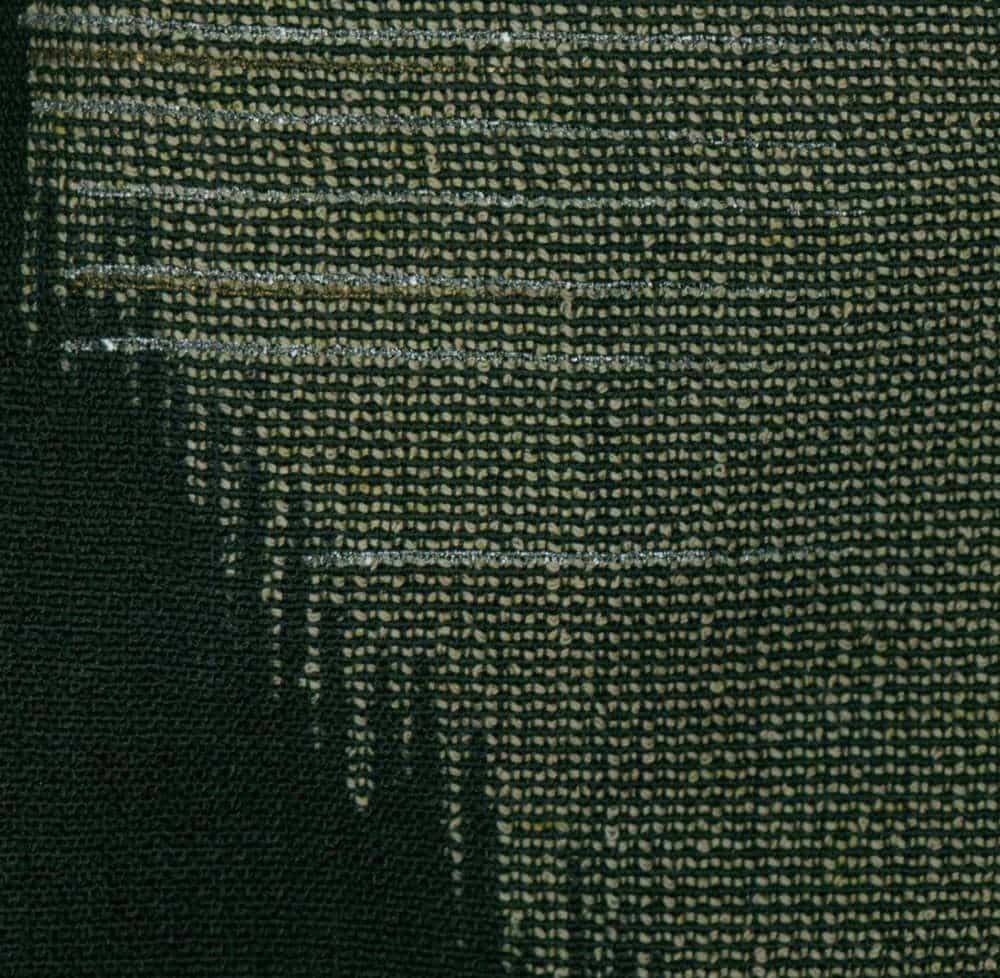 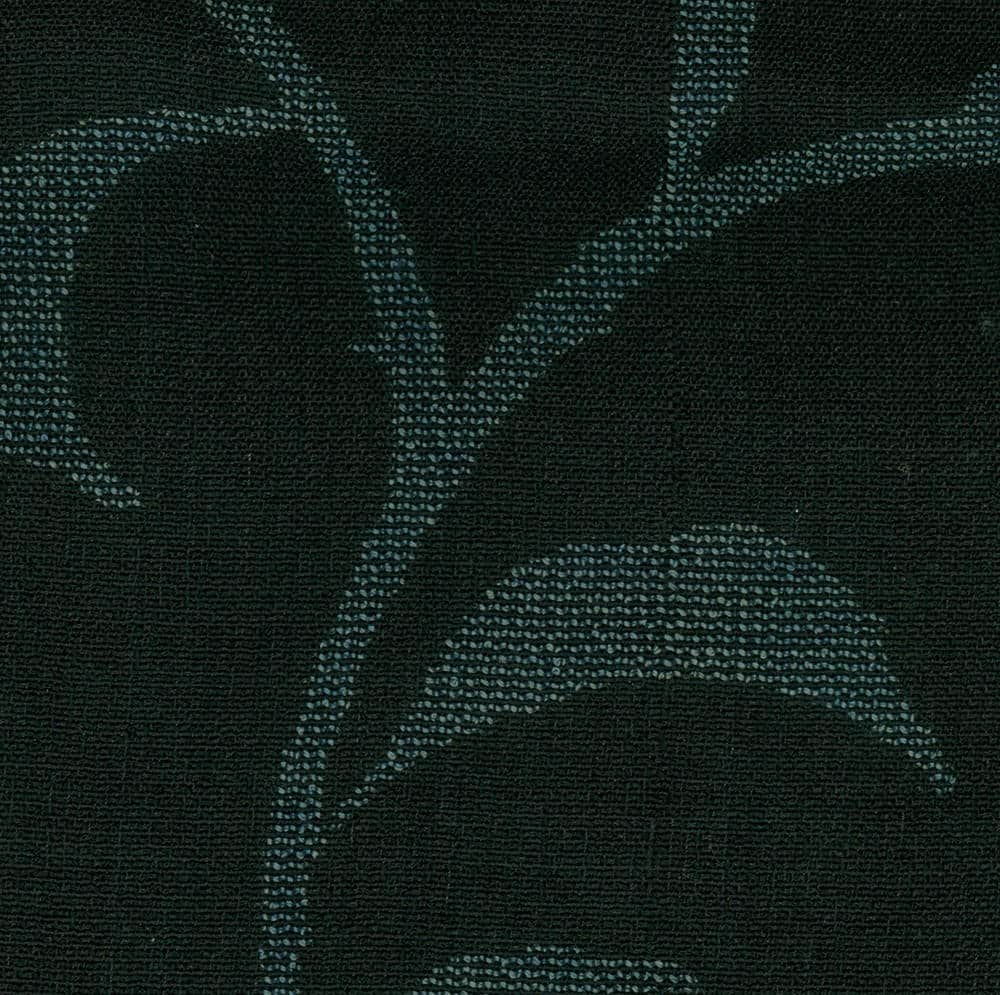 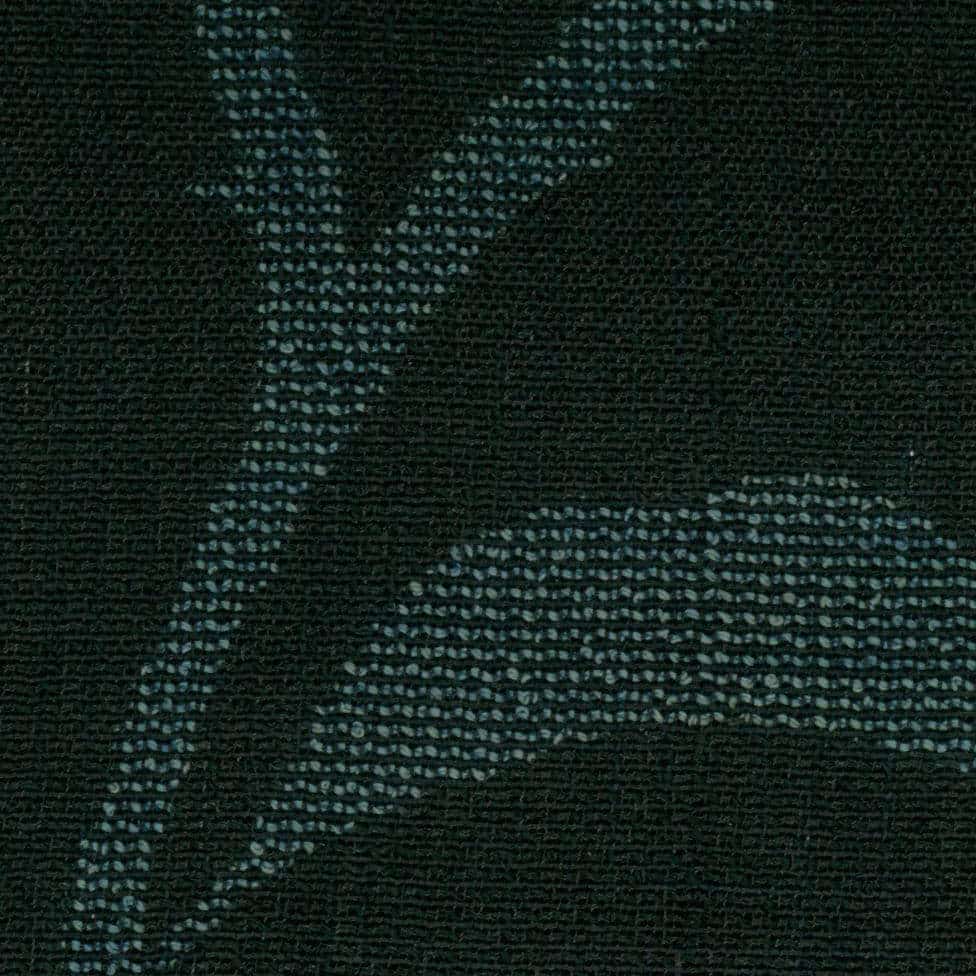 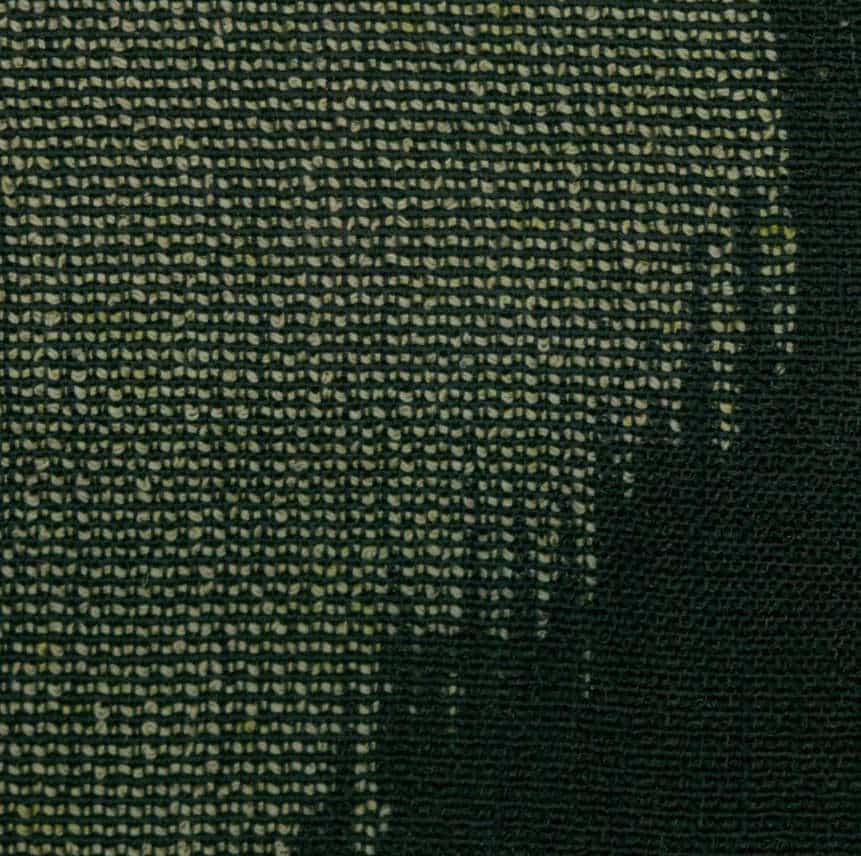 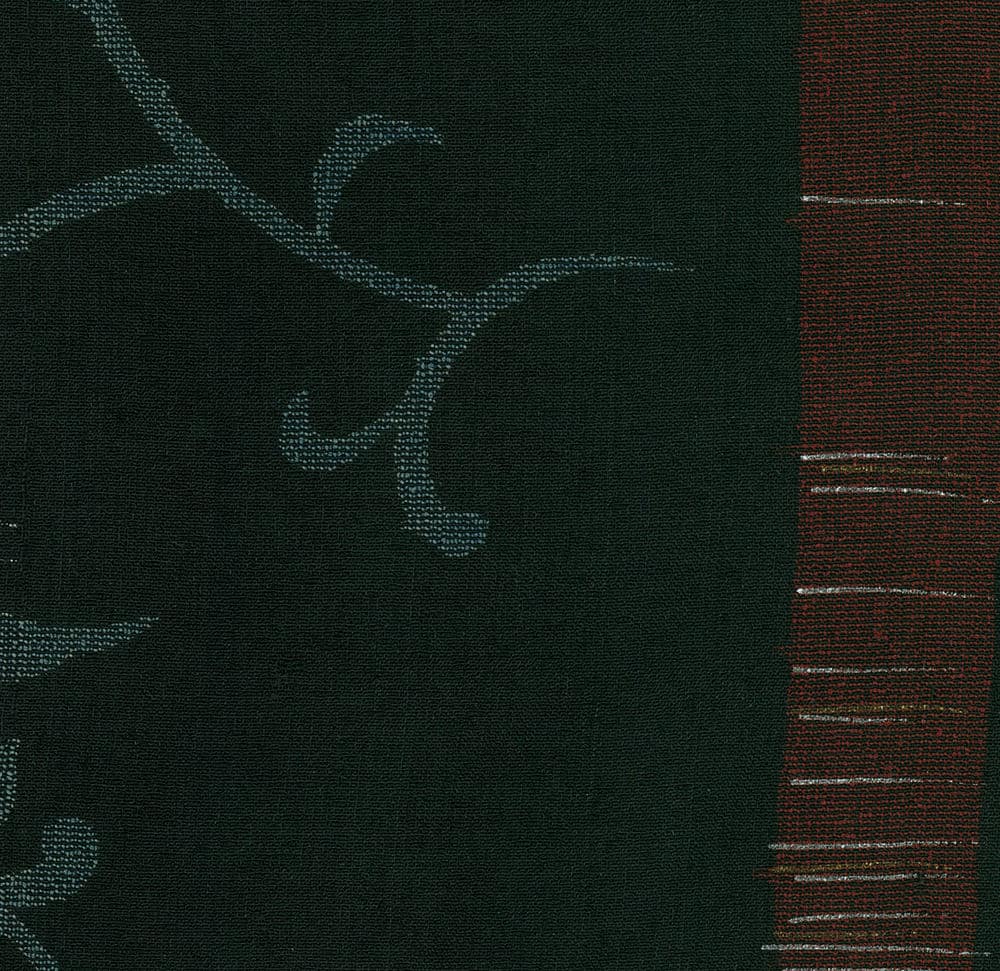 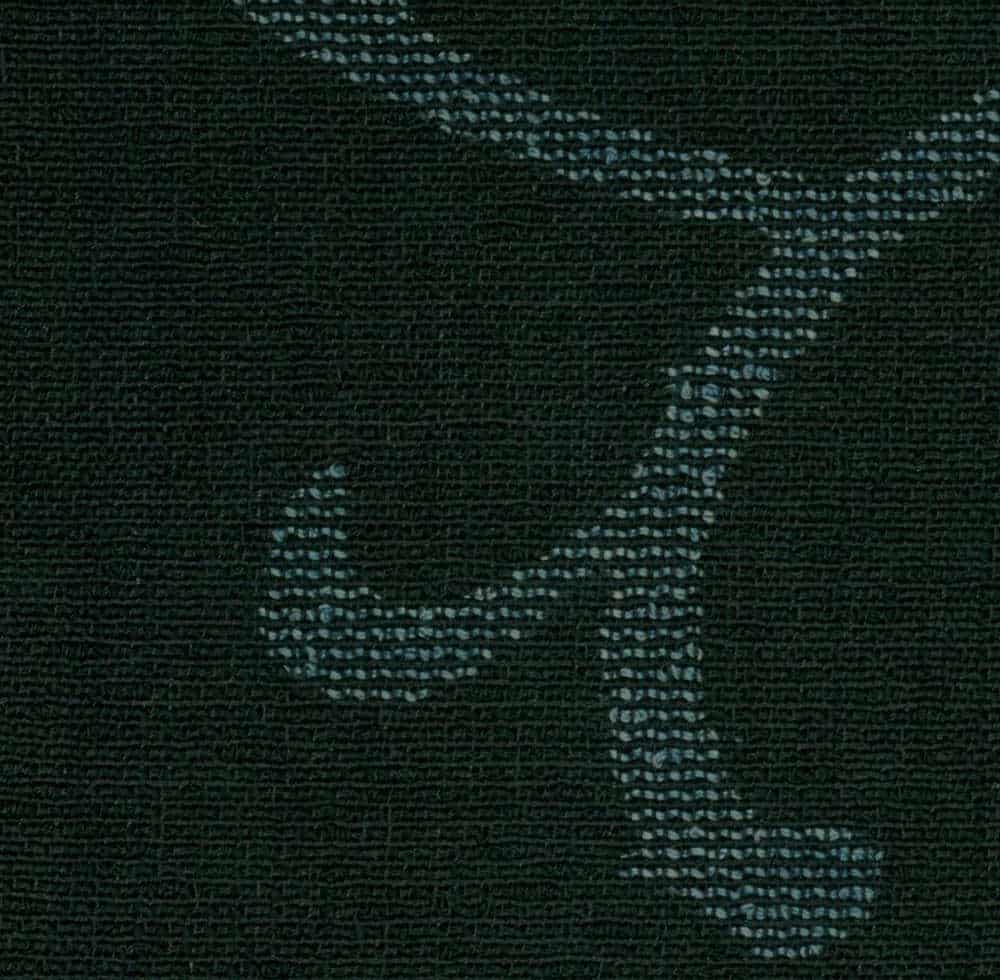 An early rayon meisen hitoe (unlined) kimono with a rough texture, and featuring arrow-feather "yabane" motifs. A not-very-noticeable wear area in the mid back that resulted in a few tiny holes. 50" from sleeve-end to sleeve-end x 57" height. The arrow feather (yabane) motif first became fashionable in Japan as early as the Heian era -- initially with martial connotations -- and during the Edo era it was often used on kimono for ladies in waiting. The motif was very popular on schoolgirl and teacher kasuri (ikat) kimonos of the mid to late Meiji period. During the Taisho and early Showa periods the yabane was a popular woman's kimono motif, created via shibori, stenciling, or yuzen-dyeing. The arrow-feather motifs were most often vertical, but sometimes created at an angle. The Yabane pattern , like most geometric motifs, is all-season. Yabane motifs often have just the arrow feather -- this example is unusual in that these motifs contain both the feathers and arrow shaft. Rayon production, "artificial silk" created from wood pulp, became a popular alternative to silk in Japans during the 1920's and 1930's, although it was still limited to about 10% of kimonos, with the vast majority choosing traditional silk. Meisen, a type of pre-stenciled woven ikat, could be produced more quickly and economically than decorating post-weave plain fabrics. It was popular as the material for the burgeoning middle-class women's everyday "haute couture" haori and kimonos during the 1920's through as late as the 1950's. Up to 30% of all haori and kimonos produced during the late 1920's and 1930's were meisen.