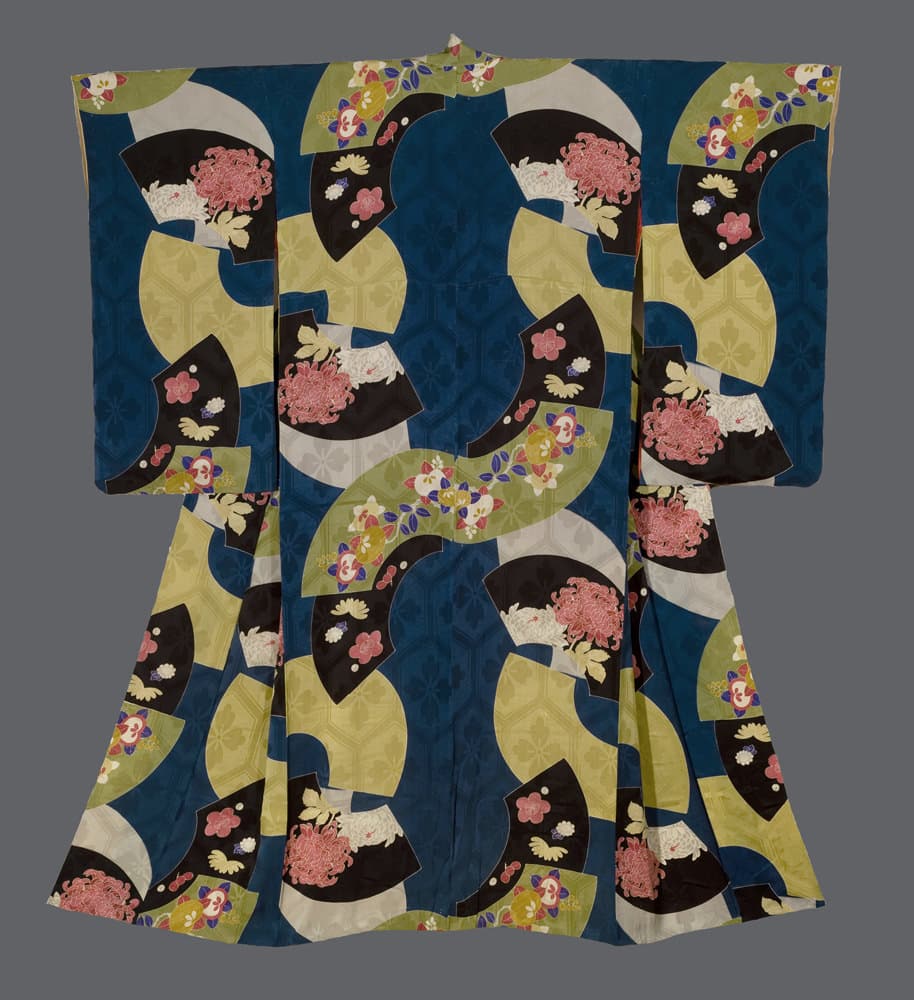 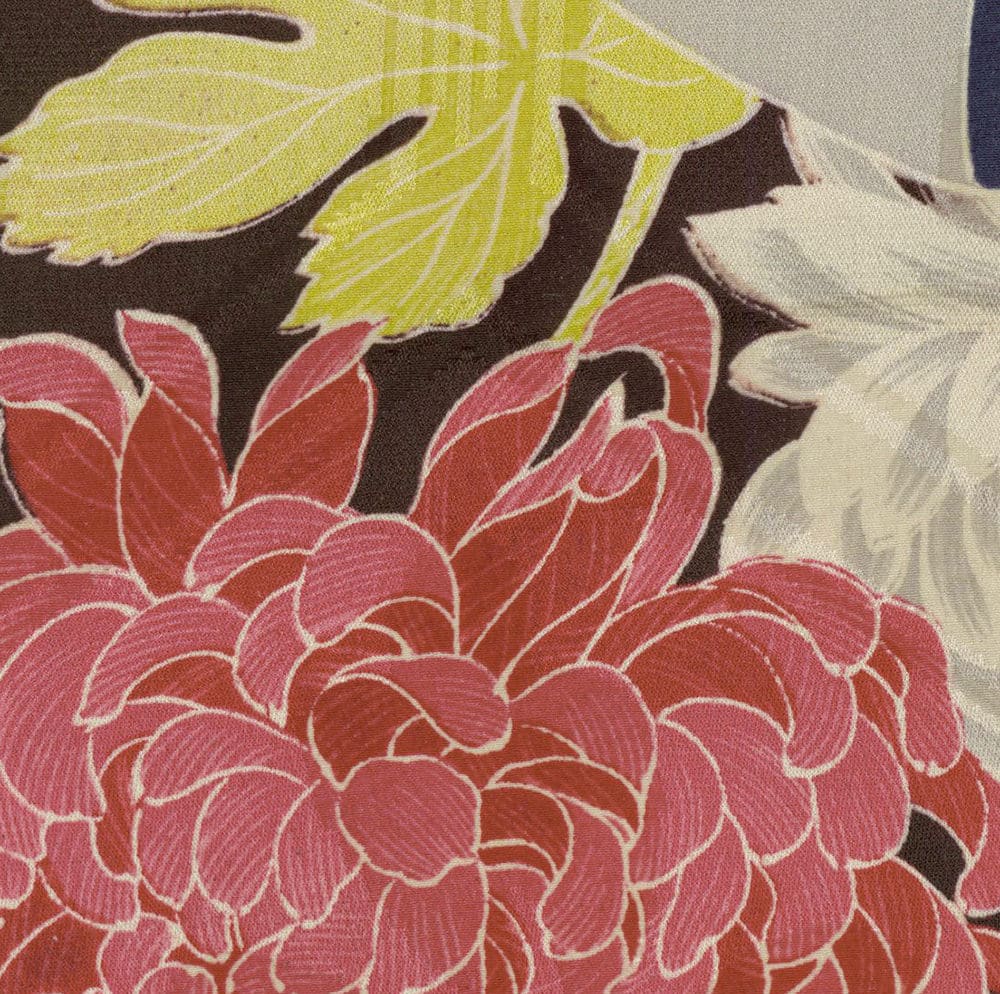 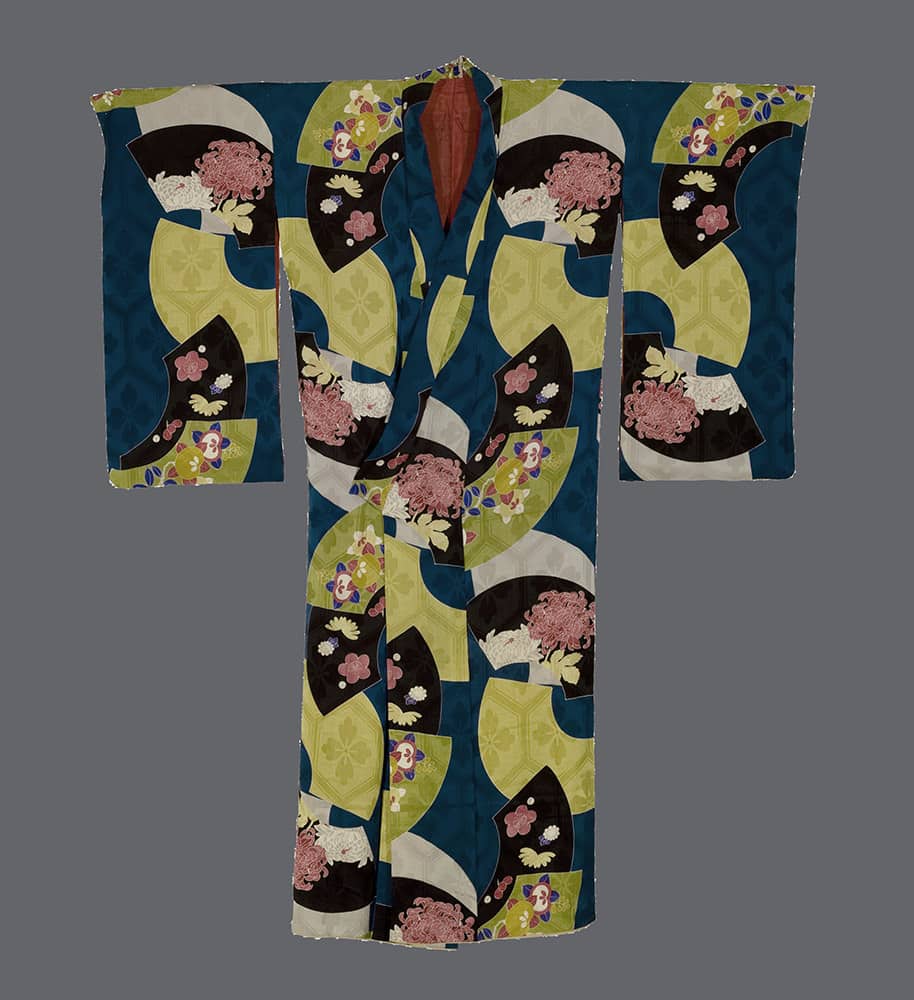 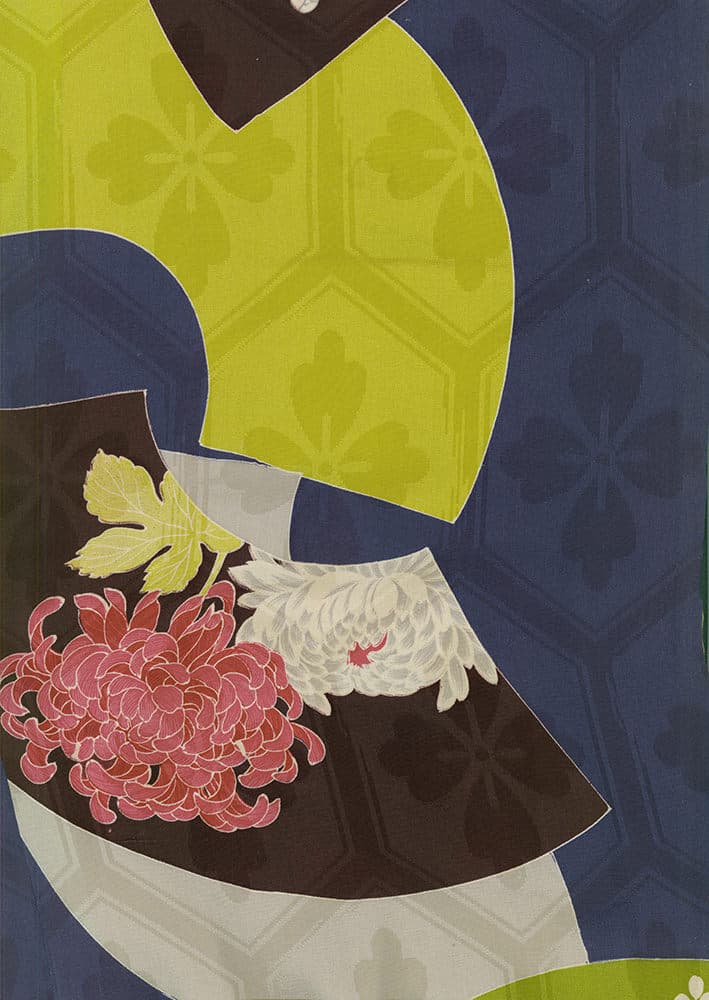 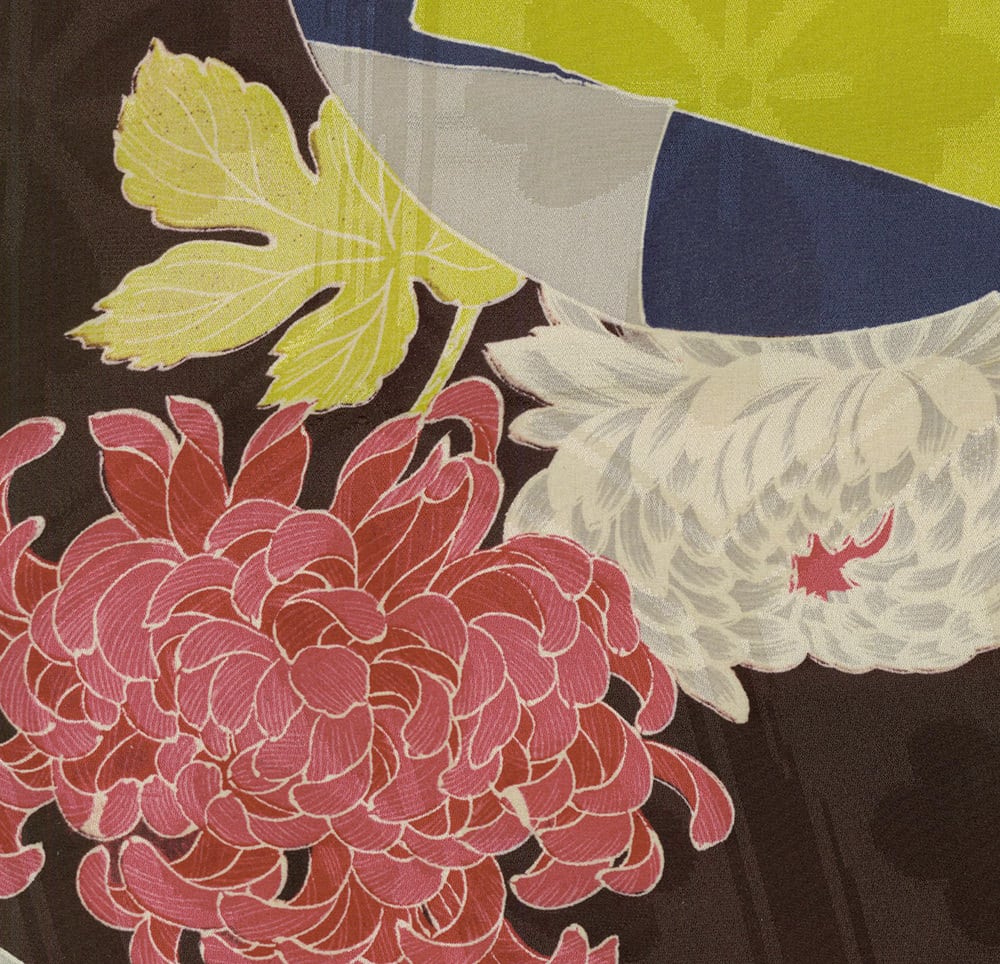 A bold rinzu (damask) silk kimono featuring stenciled fan motifs on a blue background. 49" from sleeve-end to sleeve-end x 59" height. The sensu (folding fan), when in multiples as in this example, are known as "senmen chirashi" (scattered fan motifs). Scattered fan motifs allow the Japanese artist an opportunity to integrate subordinate themes into a larger design context, as we see in this example. The subordinate theme here is floral, with chrysanthemums and other auspicious flowers contained within most of the fans. The fans are placed on the kimono canvas in an unusual sinuous manner, resulting in a very graphic and powerful artwork. Such kimonos that had new graphic takes on traditional motifs is the hallmark of some of the best Taisho-period kimono art.

Price:
$
3,500.00
US
Available: Inquire
GalleryOrderingContactAbout UsGallery StatementNewsGlossary
Copyright © 2023 Yorke Antique Textiles
Thank you! Your submission has been received!
Oops! Something went wrong while submitting the form.