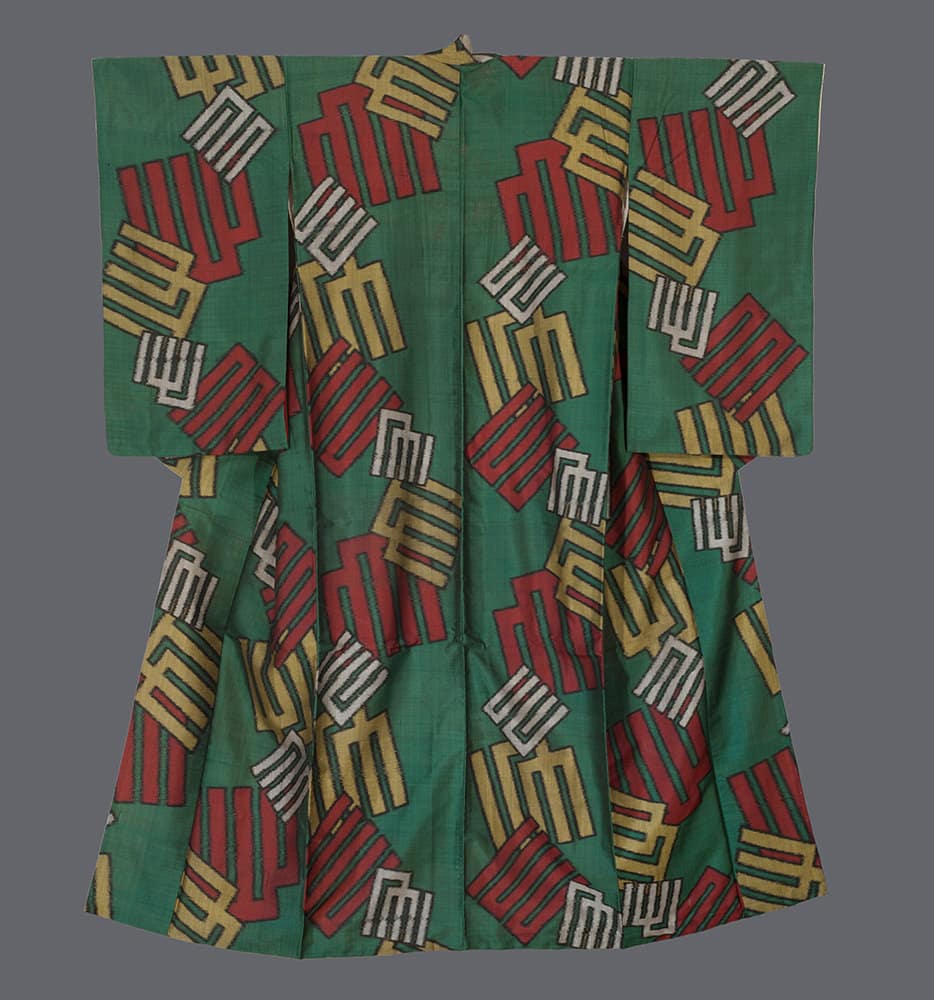 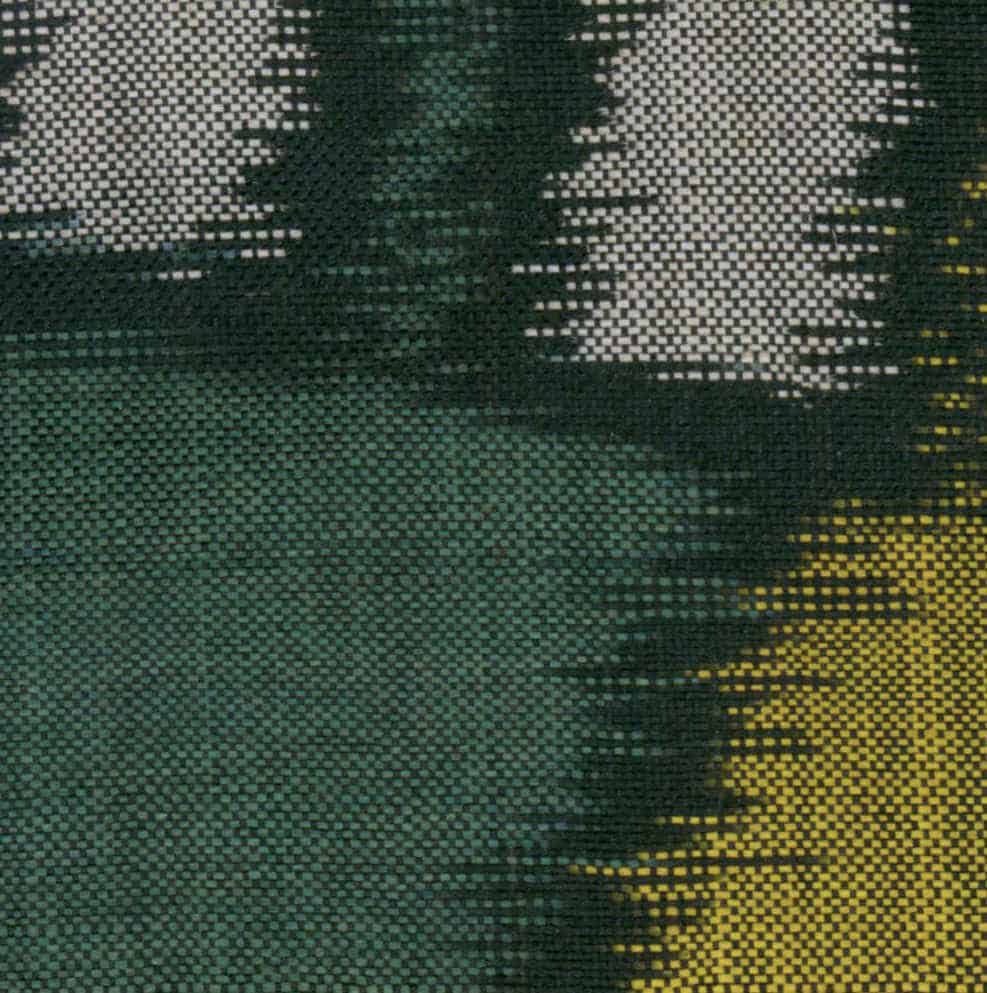 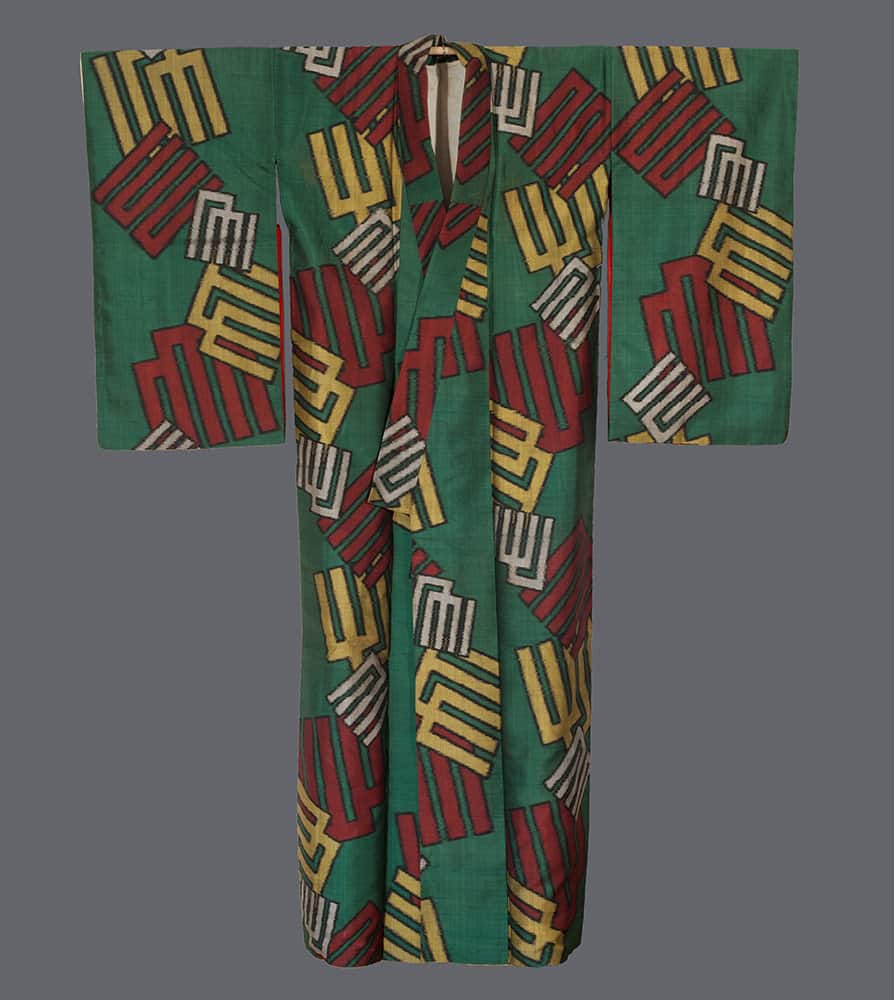 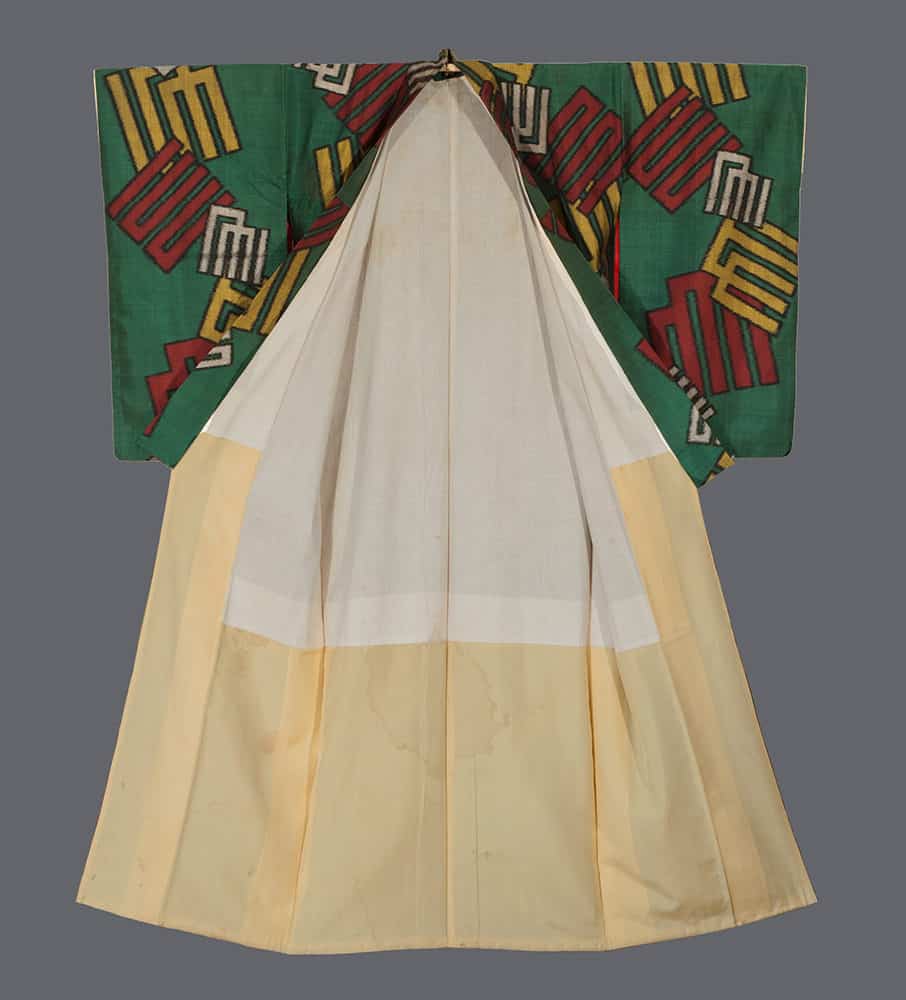 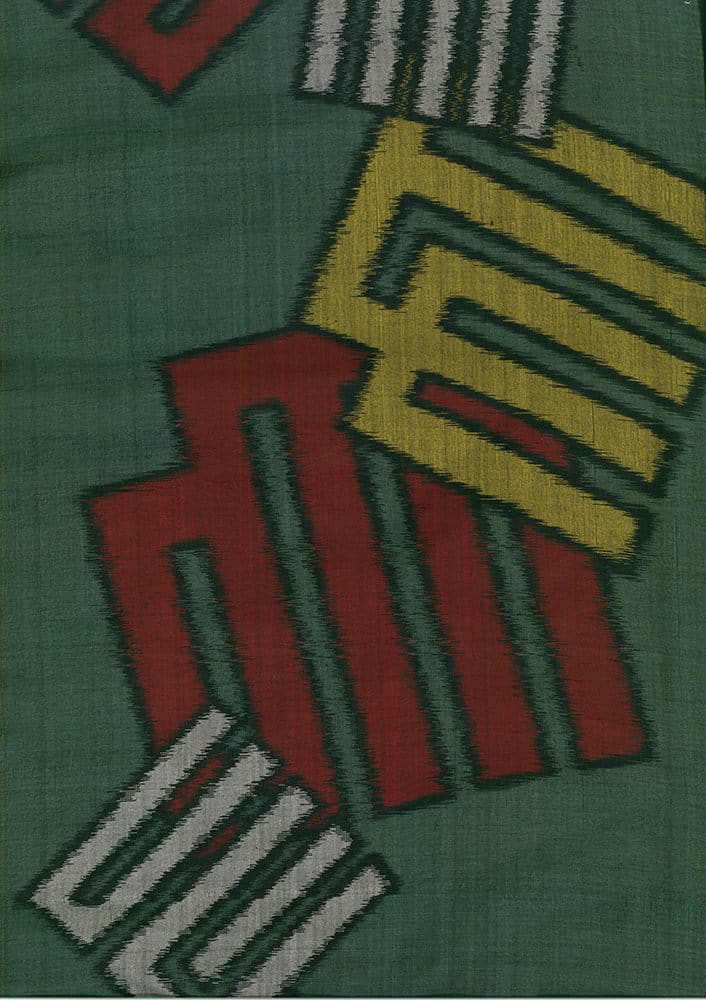 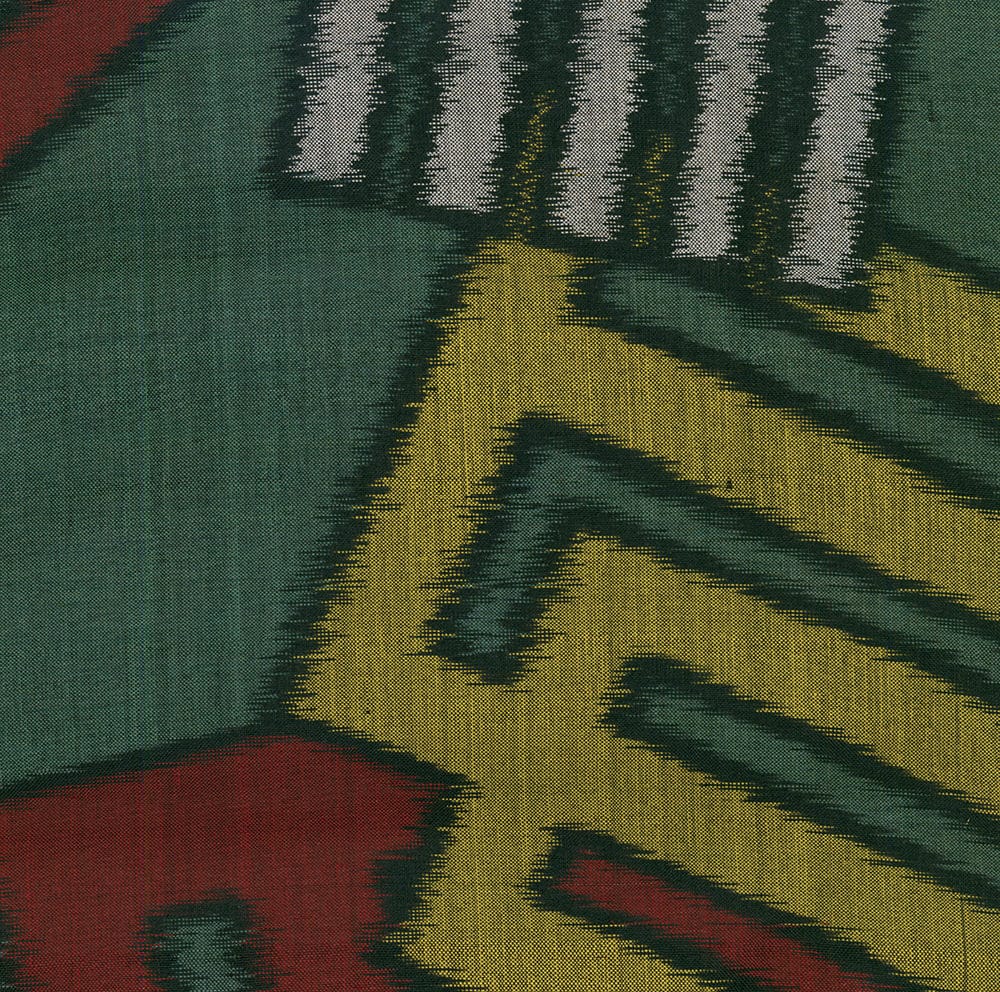 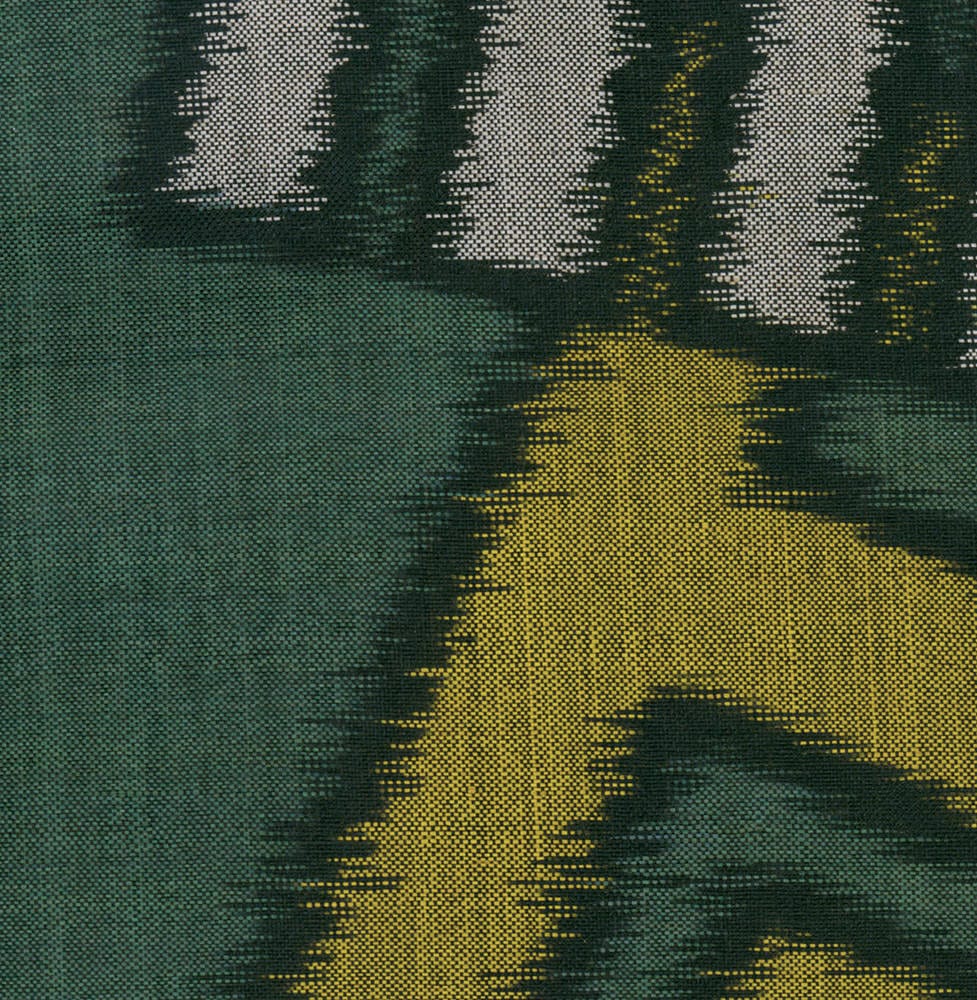 A meisen silk kimono featuring Genji-incense motifs.  49" from sleeve-end to sleeve-end x 61" height.  While the concept of incense was known to the Japanese for a several thousand years, the beginnings of a serious incense culture followed the arrival to Japan of Buddhist beliefs via Korea and China during the 6th and 7th centuries.  In Buddhism, incense is considered to be purifying. Incense was used as a metaphor for purity and the body; the body should be kept as clean as one's incense censer, and incense smoke which rises to the sky and leaves behind ash is seen as the journey of the soul in tangent with the body of the censer. [Blogspot "Dr. Yokai").The Japanese nobility of the Heian period (794-1185) created a distinct and complex incense culture. Beginning in the fourteenth century the culture of incense, called "kodo" ("Way of Fragrance"), which along with "kado" (flower arranging) and "chado" (tea ceremony) is regarded as one of the three classical Japanese arts of refinement.  The incense motifs on this kimono are specialized ones called "Genji".  The specialized "Genji-ko" (Genji incense) incense ceremony - still practiced today, is a refined parlor game involving one's ability to pin-point distinct incense smells of various aloes woods.  This game's scoring system has a set of symbols corresponding to 52 of the 54 chapters of the famous Heian era book "The Tale of Genji".  These symbols are all combinations of five vertical bars joined at the top by horizontal bars in different combinations.  The Genji symbols were sometimes used as motifs on screens and kimonos, including this one.

Price:
$
4,500.00
US
Available: Inquire
GalleryOrderingContactAbout UsGallery StatementNewsGlossary
Copyright © 2022 Yorke Antique Textiles
Thank you! Your submission has been received!
Oops! Something went wrong while submitting the form.