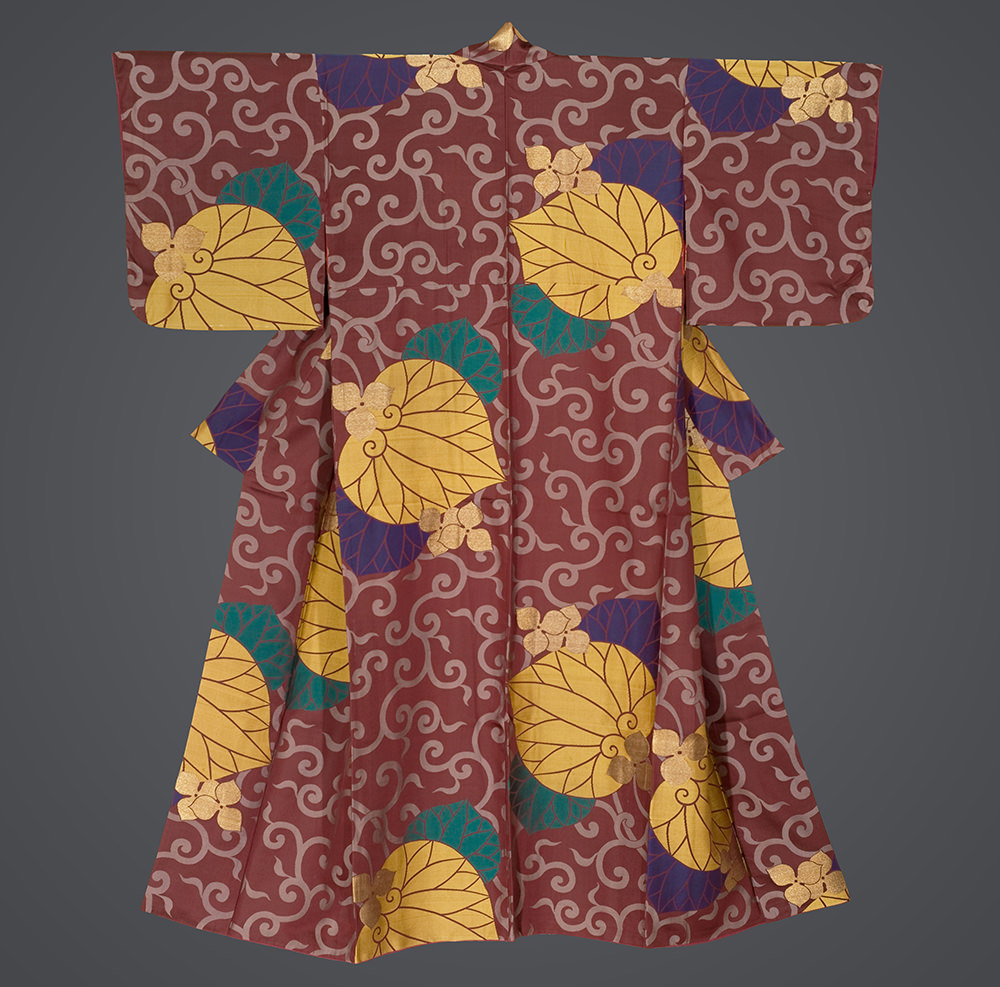 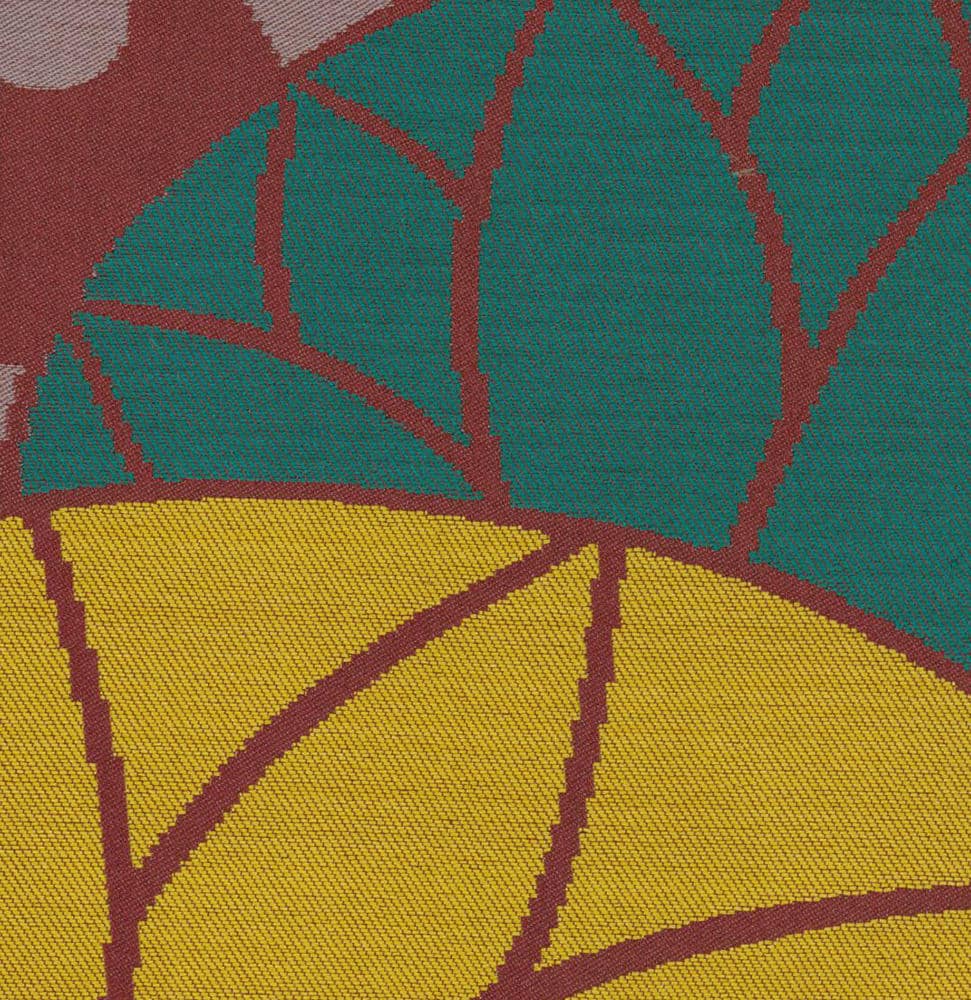 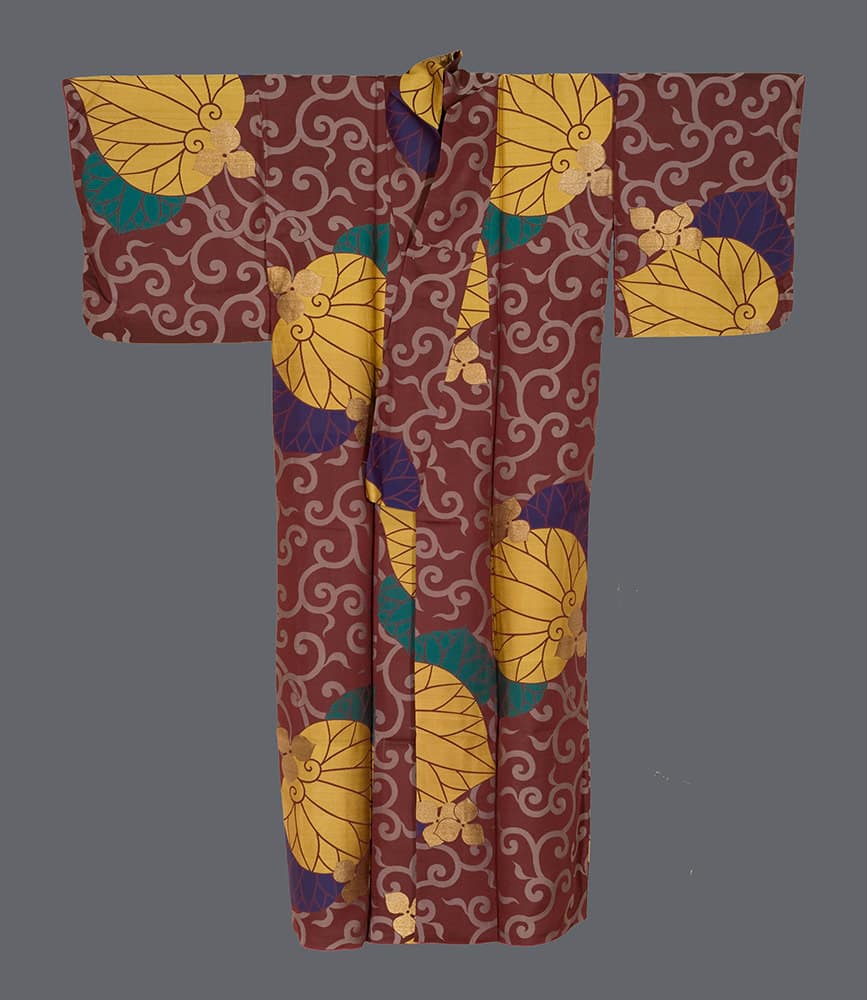 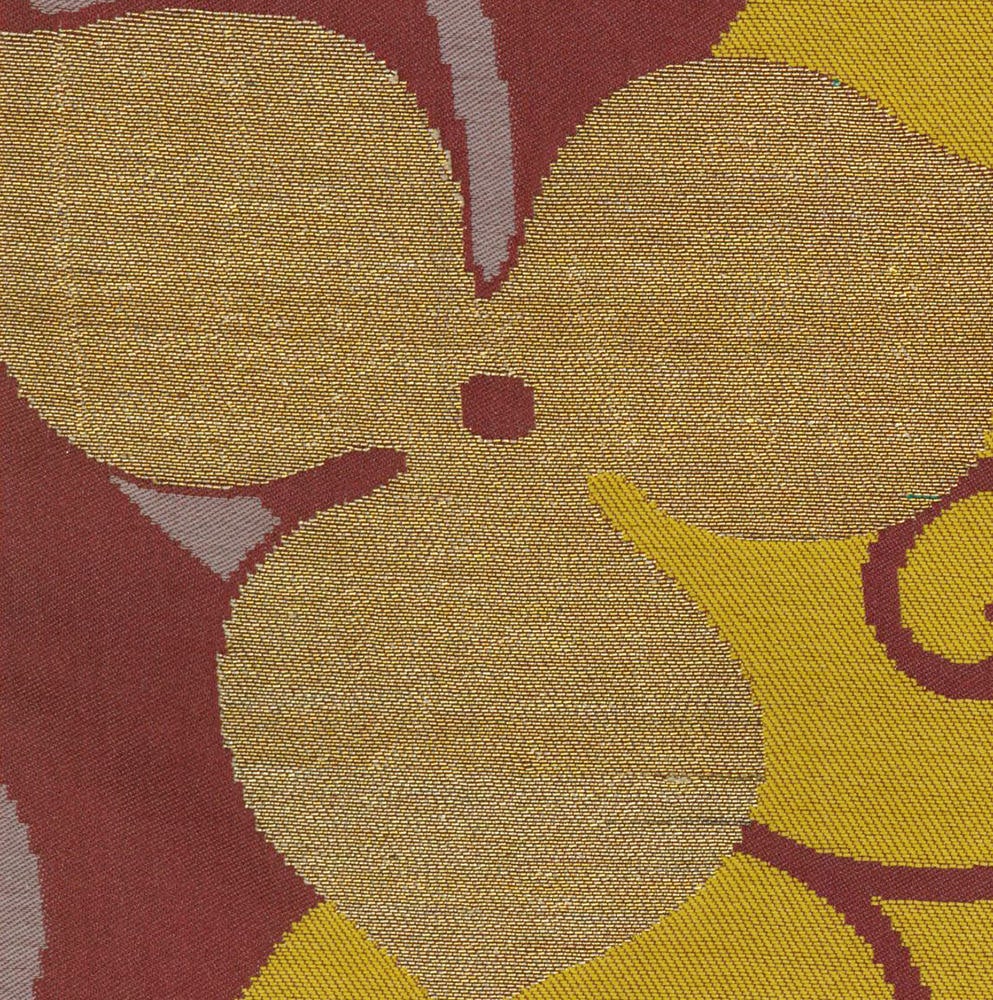 A kimono of a relatively thick silk, featuring huge and impressive woven hollyhock motifs. 49" from sleeve-end to sleeve-end x 59" height. "Aoi" (hollyhock) is native to Japan, and was an elite motif on kimonos and other artefacts for centuries, and was a main symbol for the rulers of 17th and 18th century feudal Japan - Edo castle was marked with the Tokugawa hollyhock crest, and on both their castles in their domains and their mansions in Edo. In the early 18th century, the dominant Tokugawa shogun found it necessary to issue legislation restricting use of their hollyhock emblem, so that it could remain a dedicated representation of the rulers. The hollyhock was an important symbol of the Shinto religion, and it became associated with the prestigious Kamo shrine in Kyoto, and was adopted as the holy emblem of this institution. So close was the identification that Kyoto's renowned Kamo Festival, still held today, is formally known in Japanese as the "Hollyhock Festival" (Aoi Matsuri"). Many families who favored this emblem thus did do out of respect to this shrine or to the Tosho Shrine, also associated with the hollyhock. It is likely that this kimono was commissioned by a wealthy family who were well aware of the historical prestige of the hollyhock motif, perhaps a family from Kyoto where the Hollyhock Festival takes place. This example, with its bold colorful hollyhock motifs on an arabesque patterned background, fits into classic Taisho-period art category - bold oversized traditional motifs utilizing a new color and graphic design.