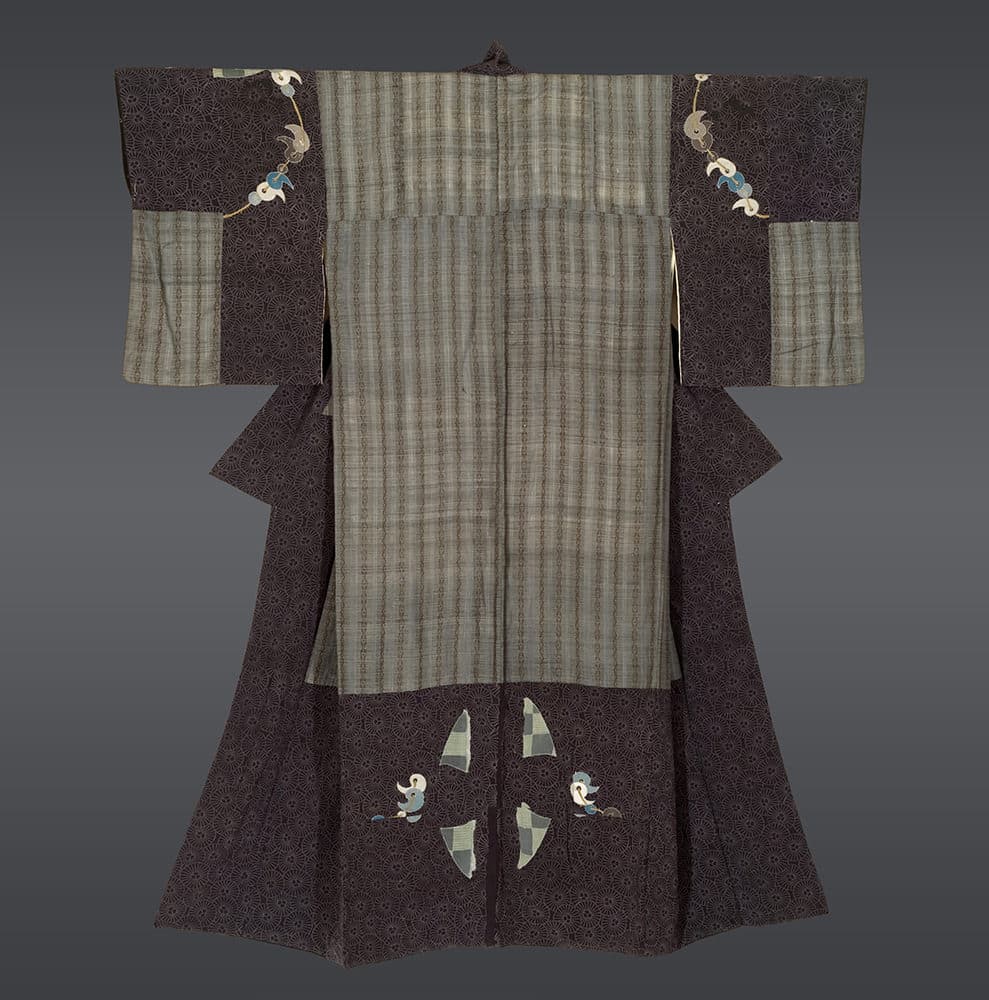 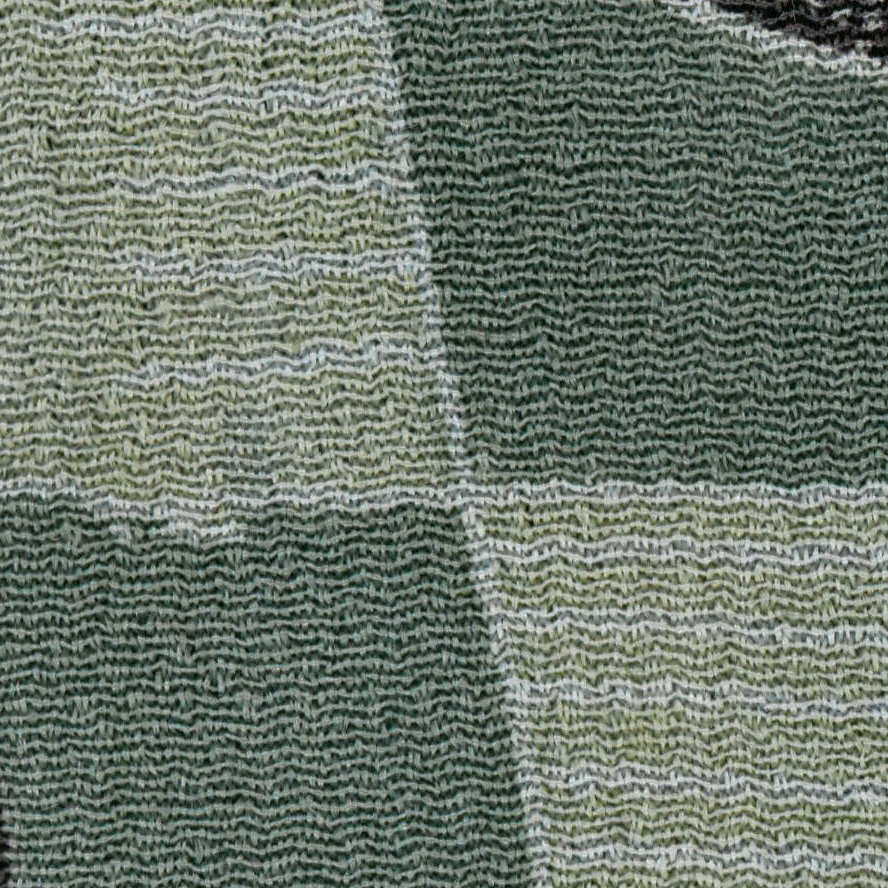 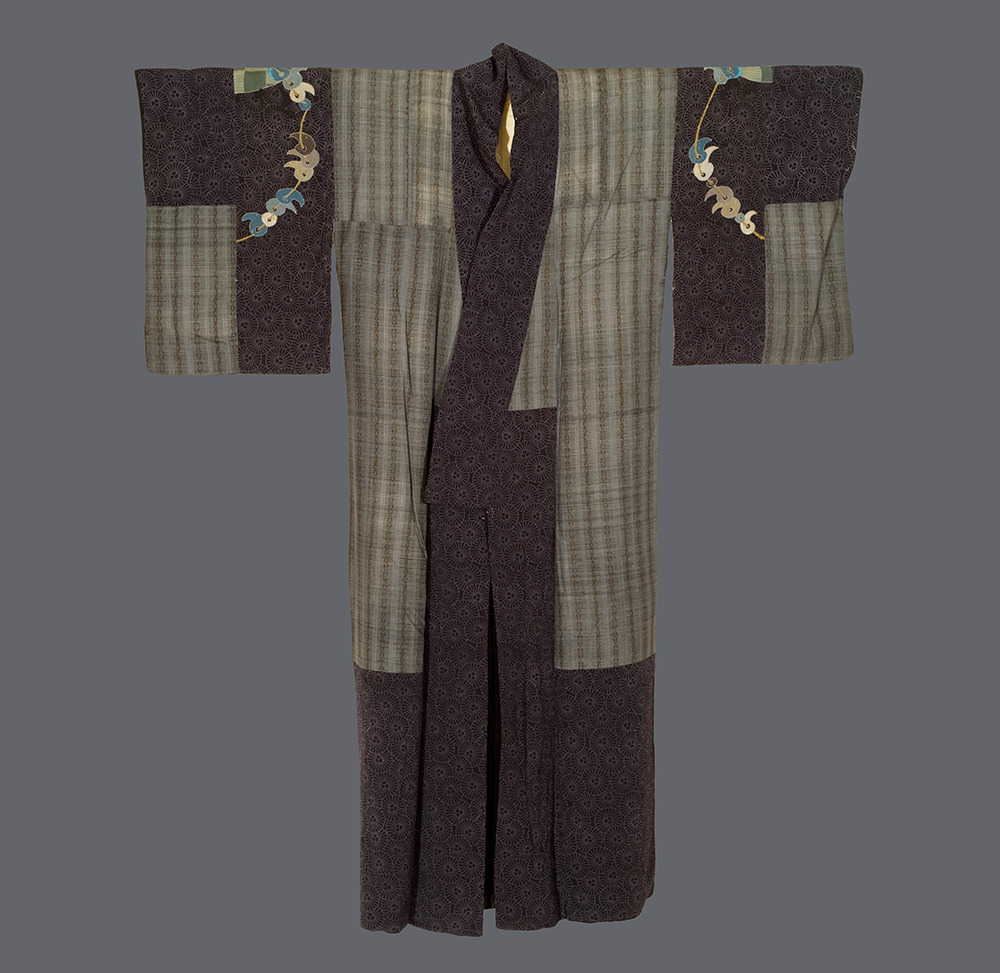 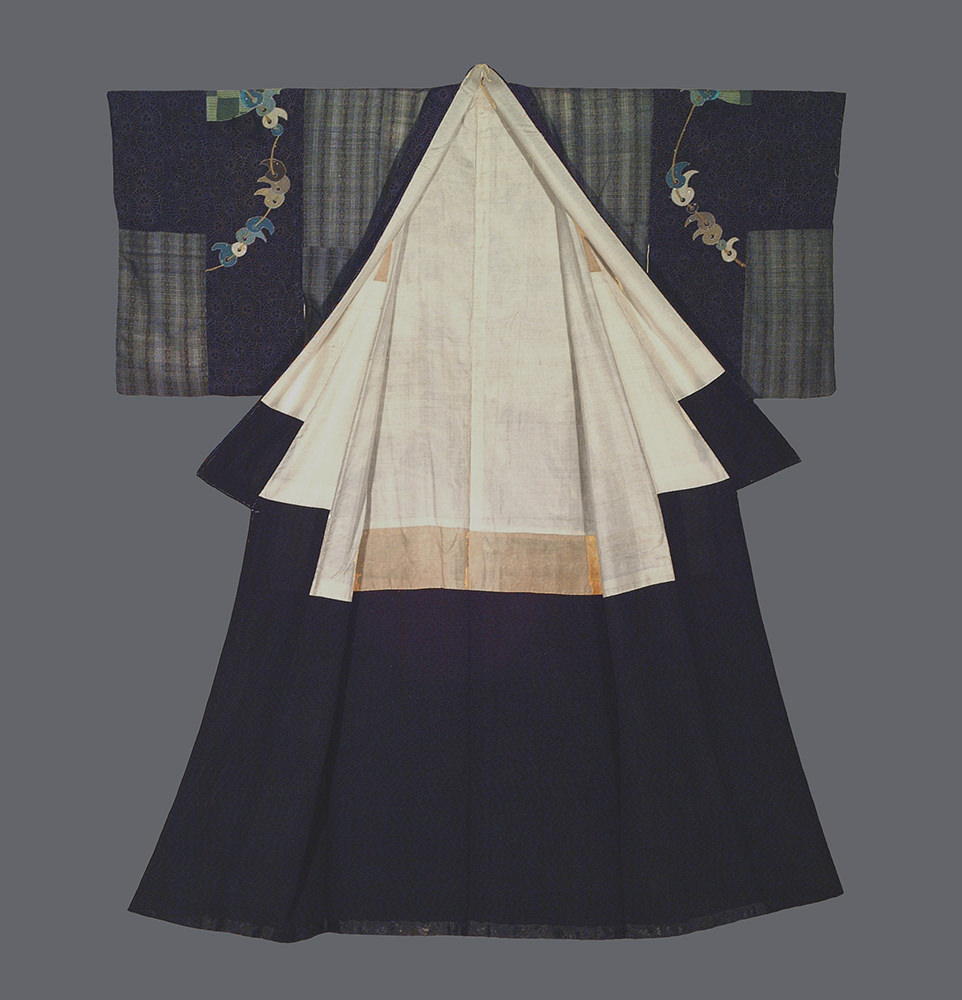 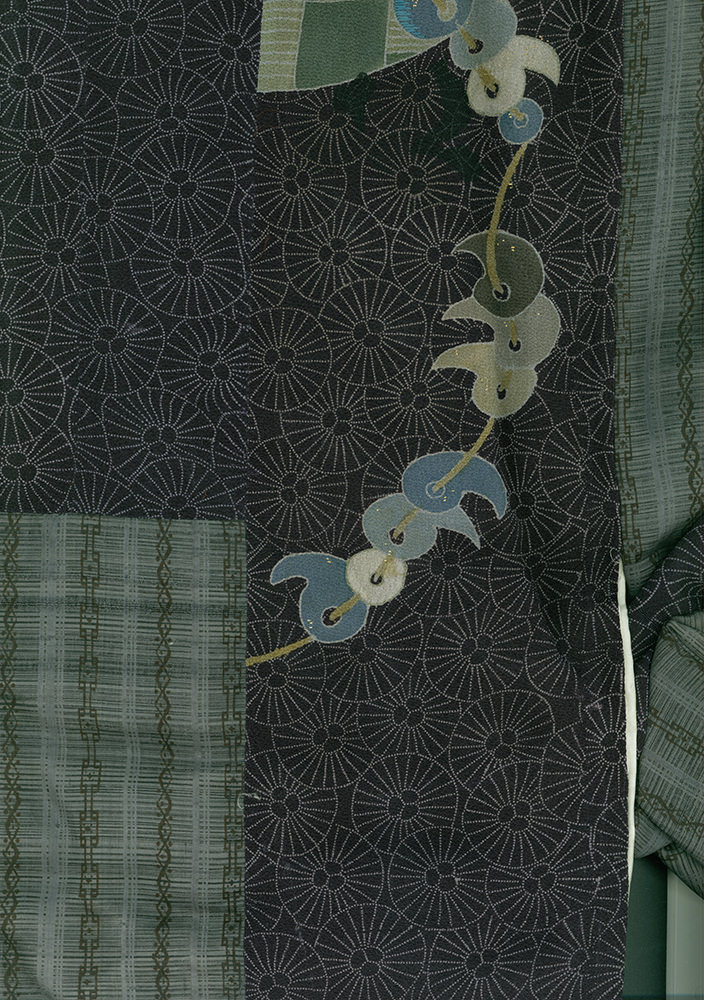 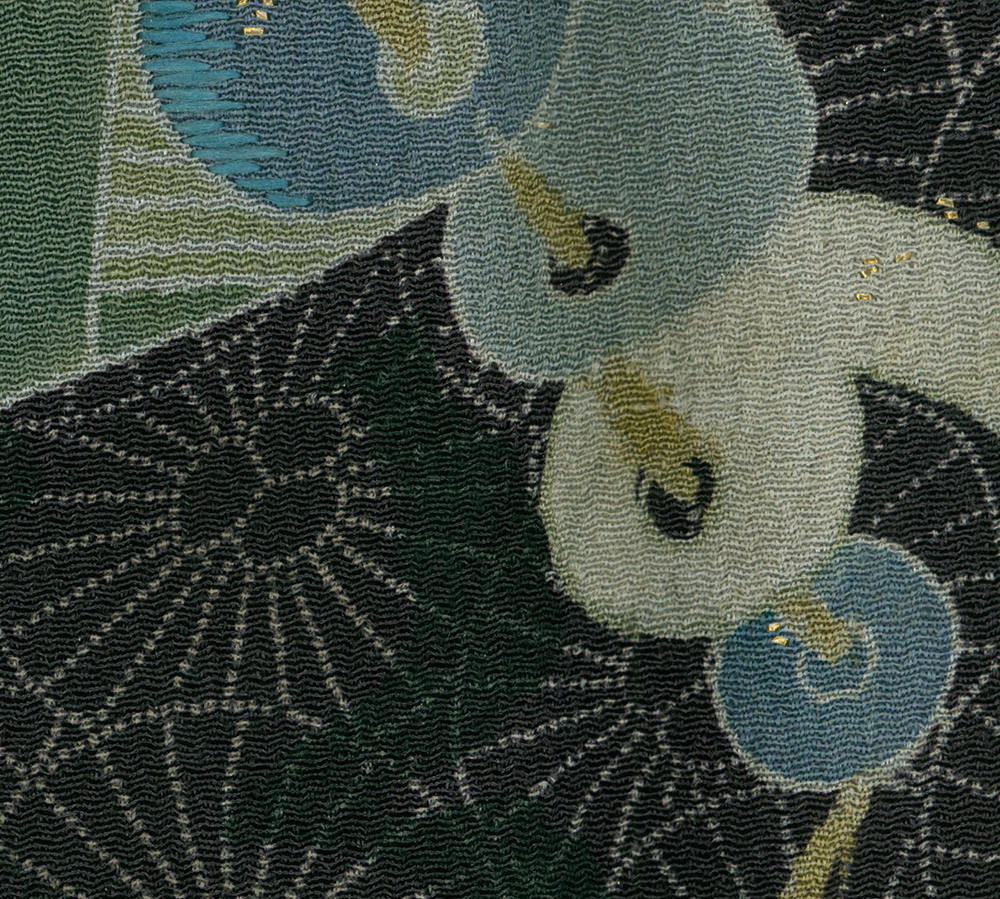 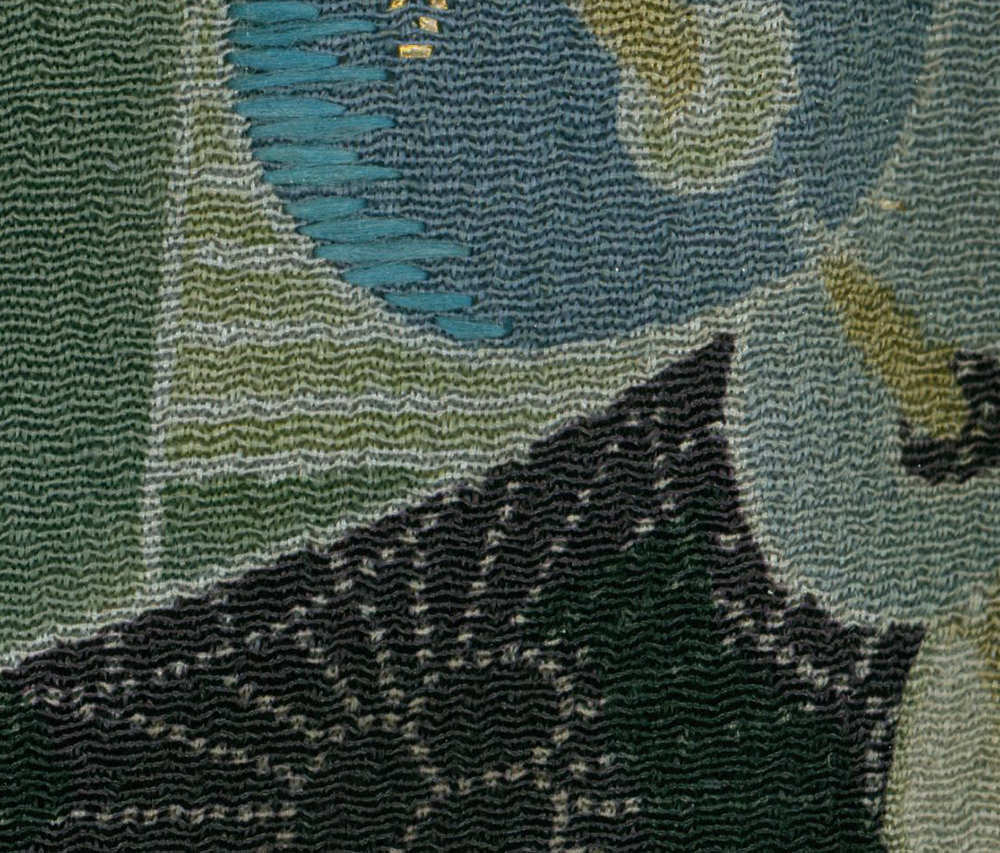 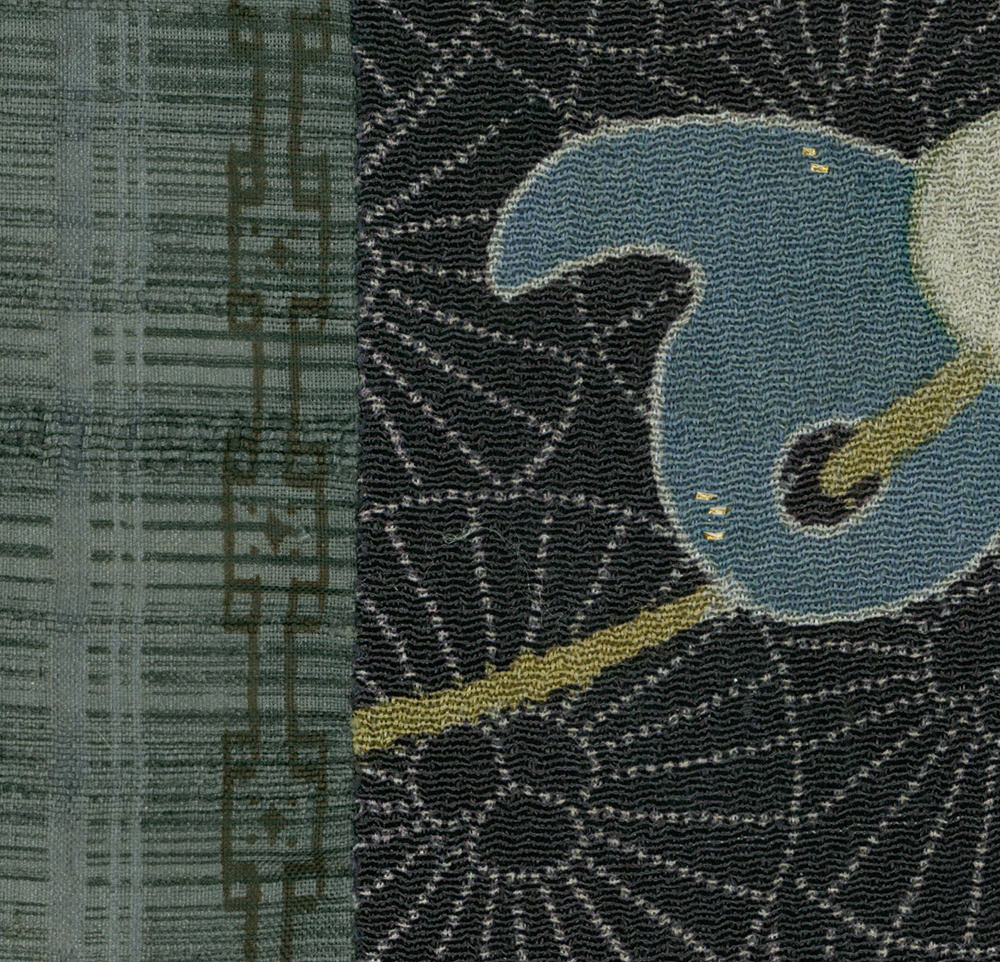 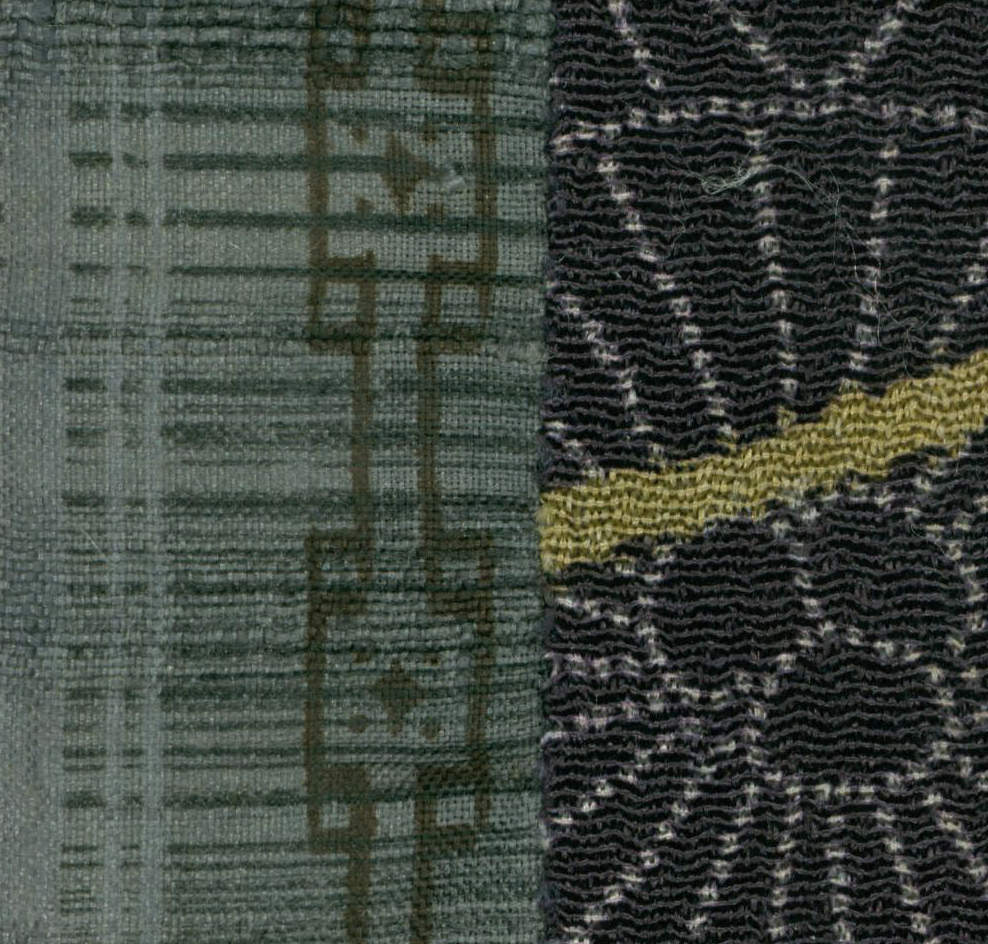 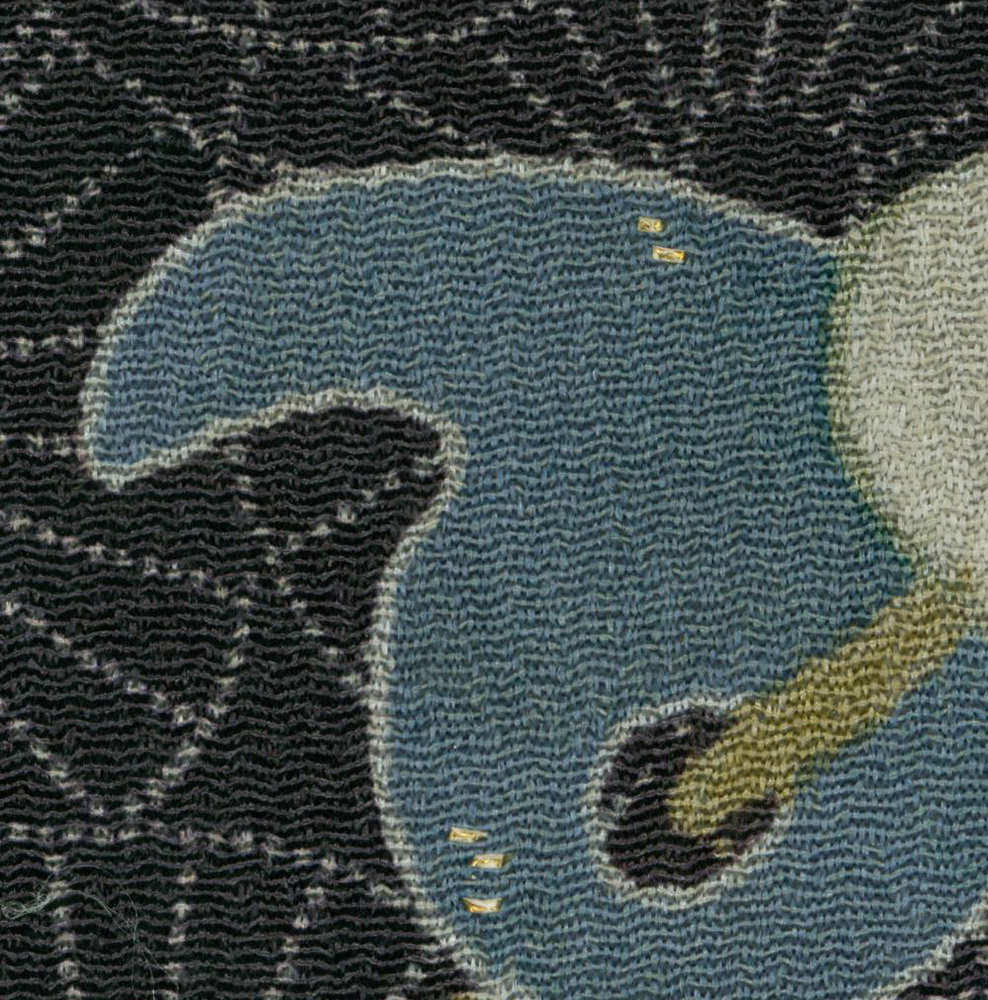 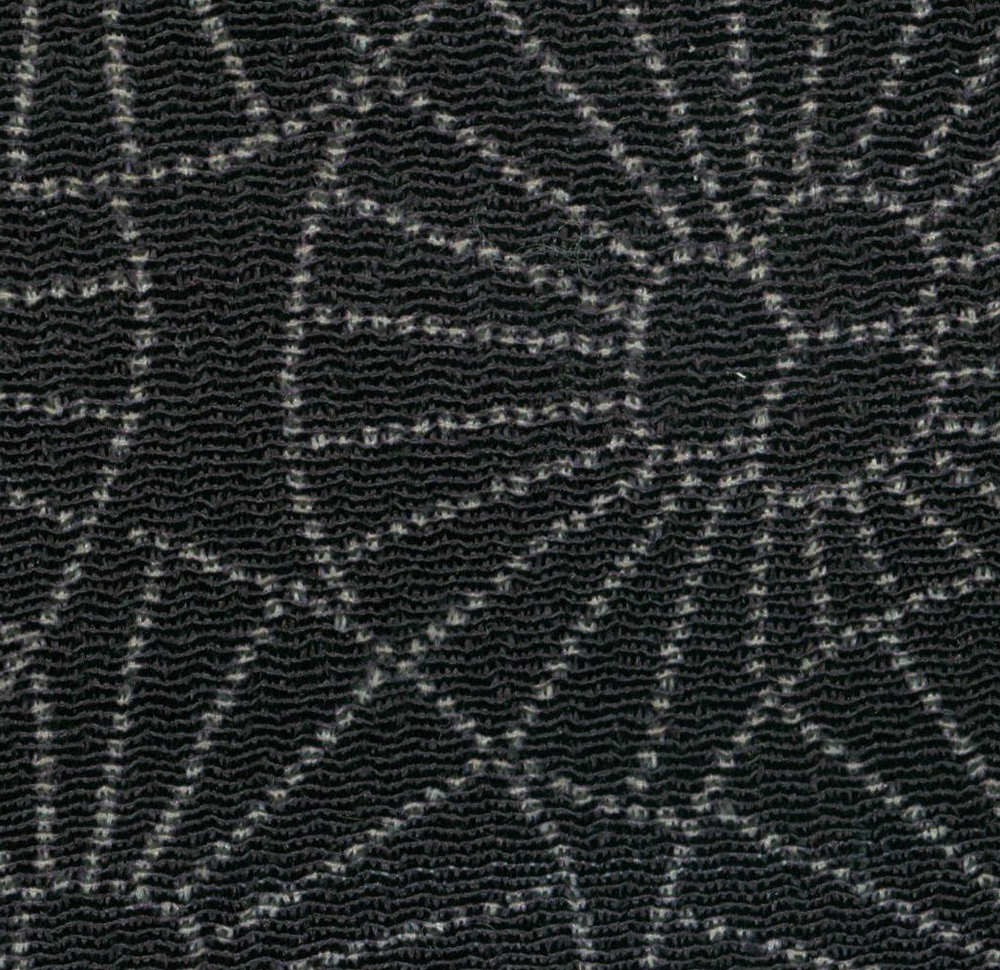 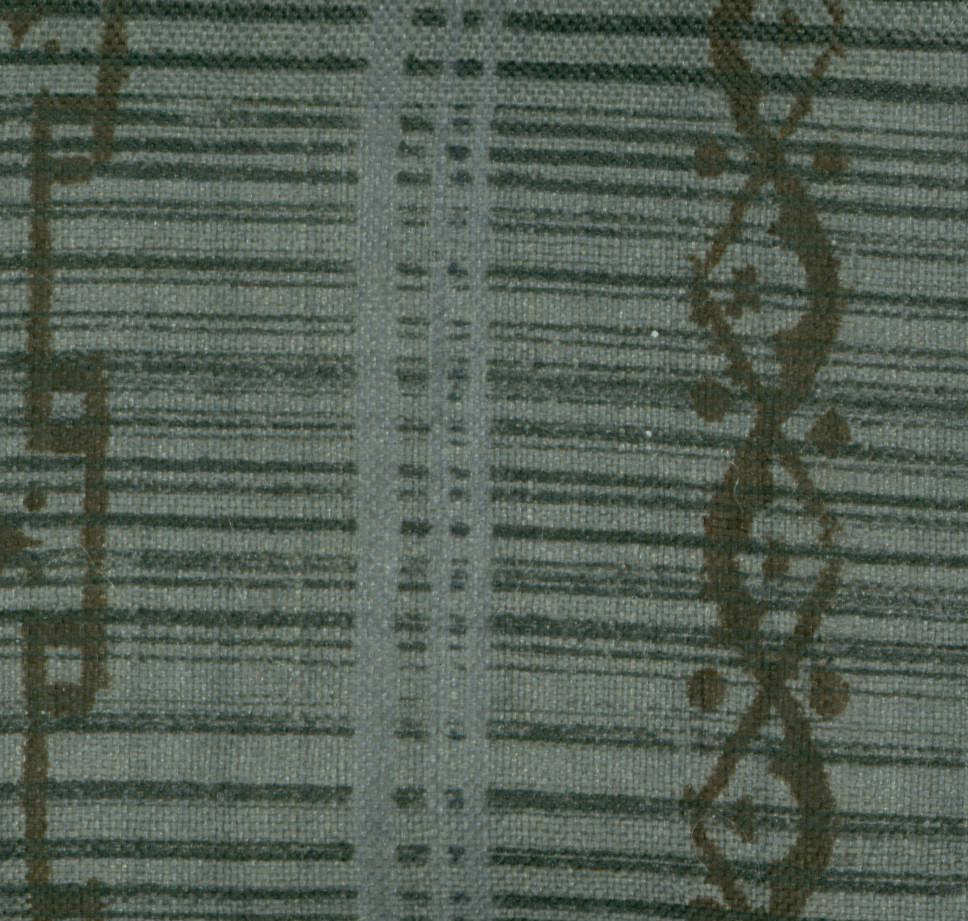 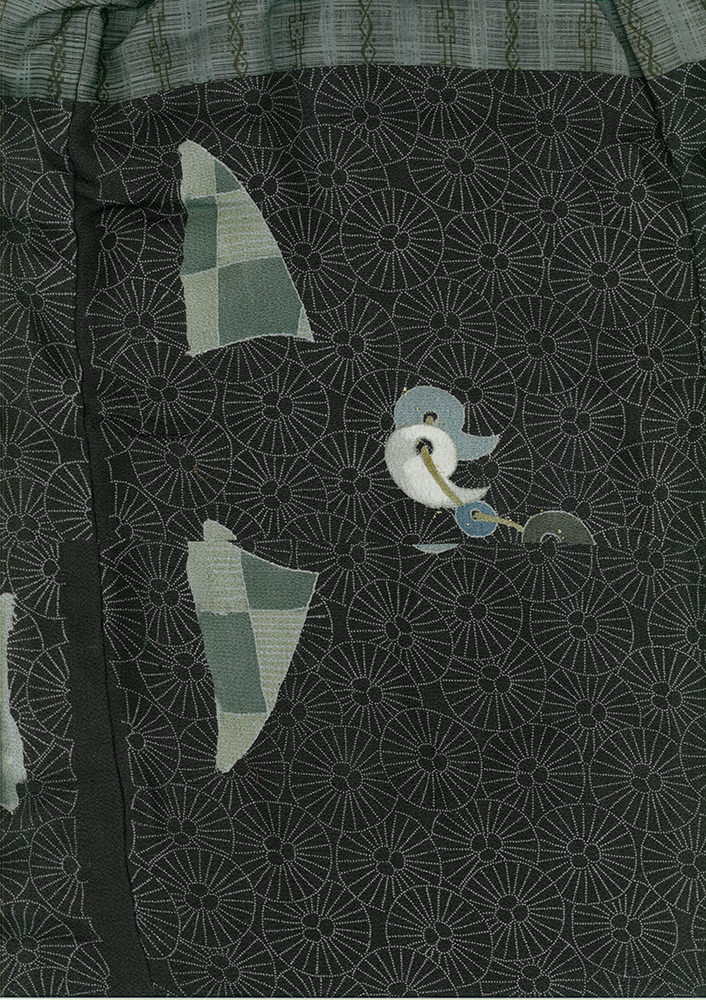 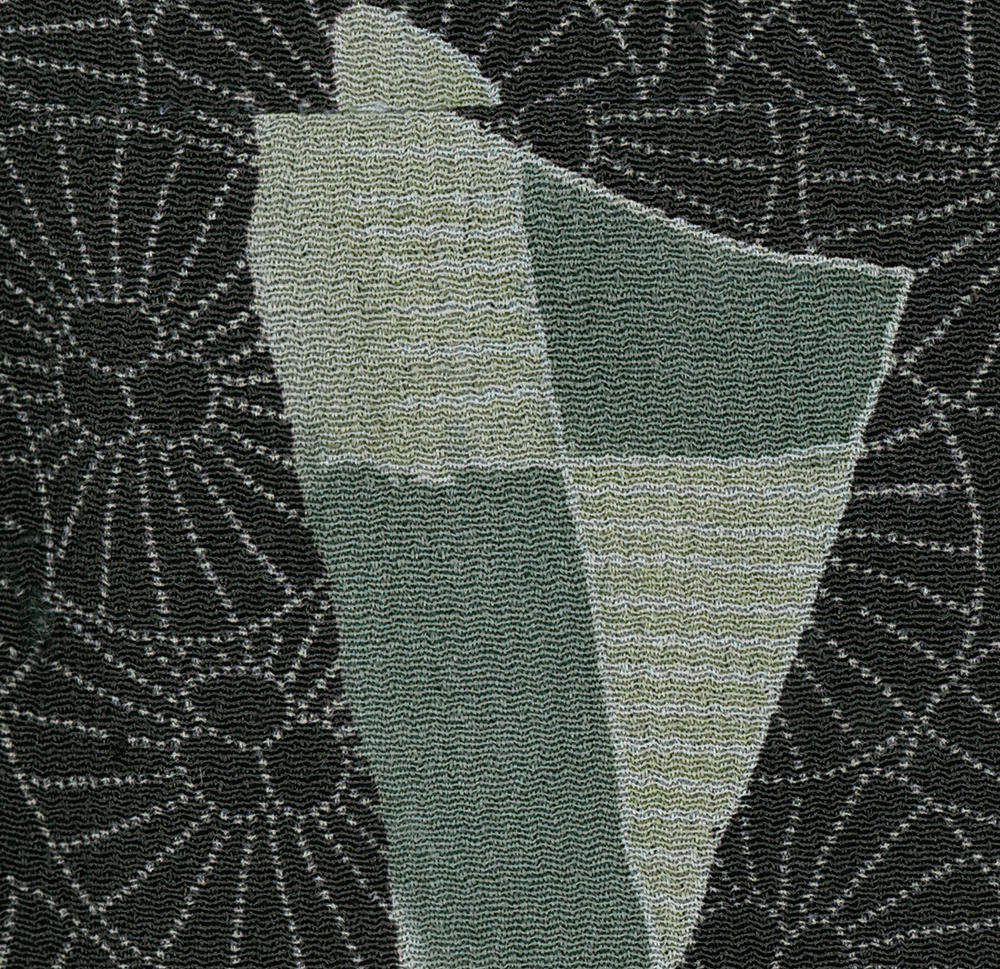 A silk antique dounuki featuring magatama motifs with sparse metallic and silk embroidery highlights. 48" from sleeve-end to sleeve-end x 56" height. The dounuki is a specific style of inner kimono of a kimono set, characterized by sleeves and hem sections that are stitched to a main body of contrasting material and patternwork. On the both sleeves and the lower back of this example are depictions of a stringed necklace of comma-shaped talisman "magatama" stones -- a very rare motif. Magatama literally means "curved ball"; these man-made stone creations date back to the ancient Jomon, Yayoi and Kofun cultures of Japan, when they were used to create necklaces and bracelets worn on the wrists or ankles. By the end of the Kofun period were made almost exclusively of jade, and functioned as ceremonial and religious objects Later, during the Heian period, the mirror, sword, and magatama were established as the Imperial Regalia of Japan. From early on, the magatama symbolized "avoidance of evil" or the "magic of good fortune", and holds special significance within Japan's home-grown Shinto religion. Interestingly, the researcher D.C. Holtam stated that norokumoi shamanesses of the Ryukyu Island of Japan wore magatama necklaces as late as the ealy 20th century for ceremonial purposes. Magatama necklaces