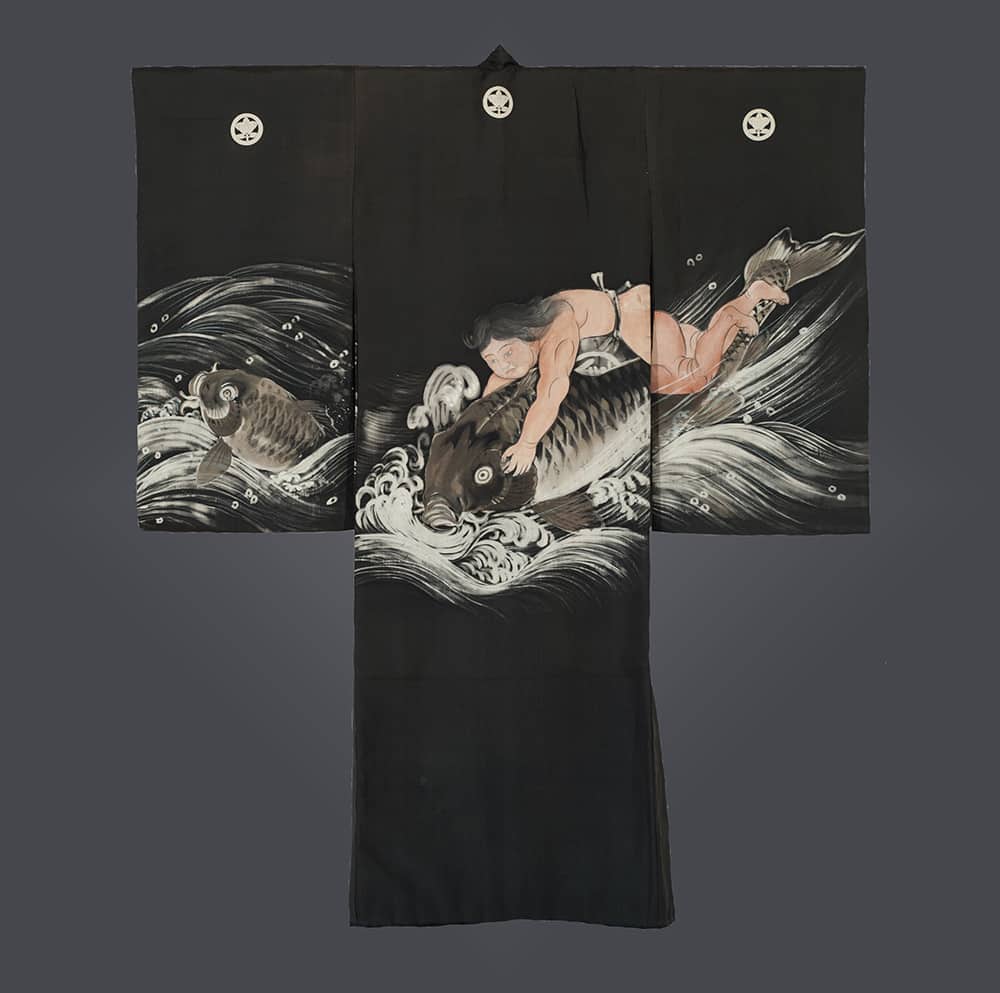 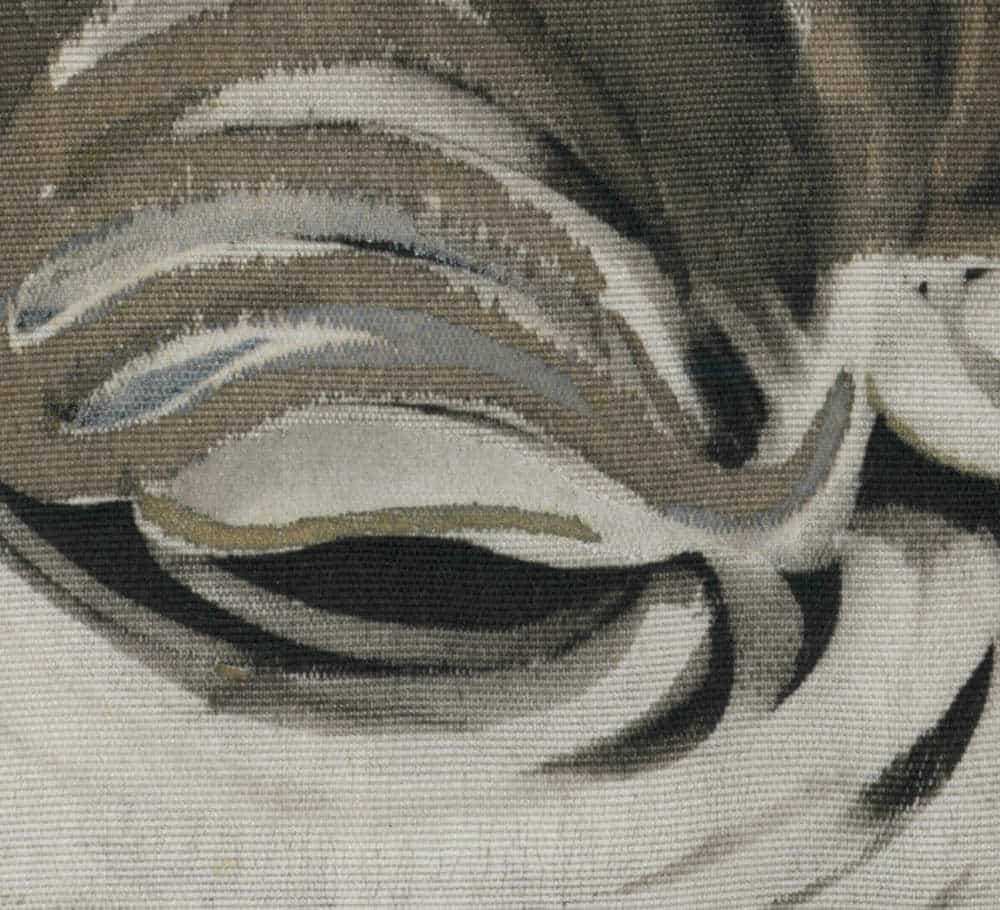 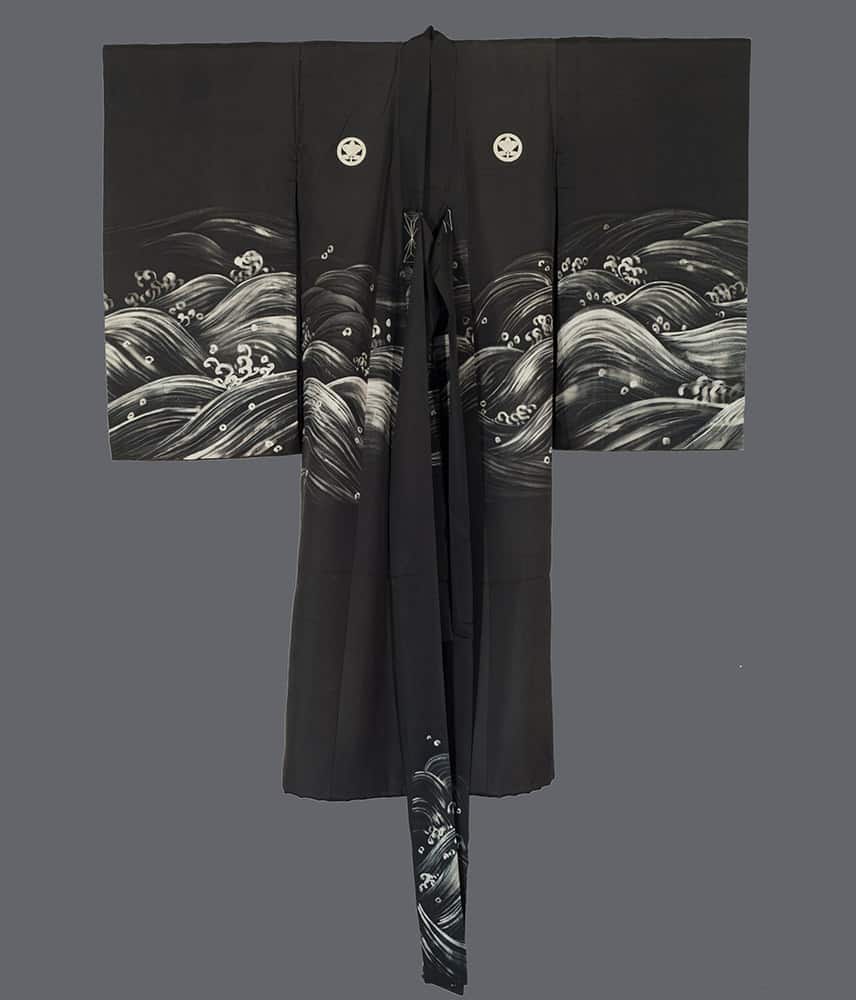 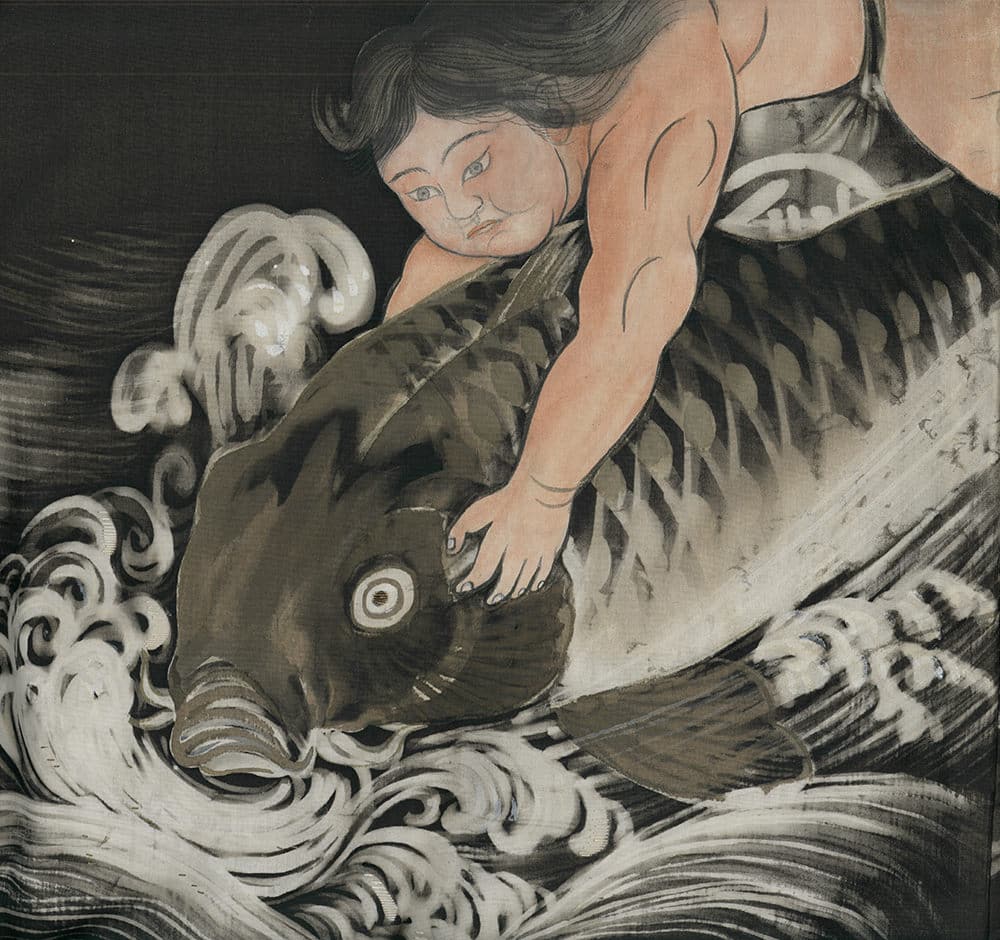 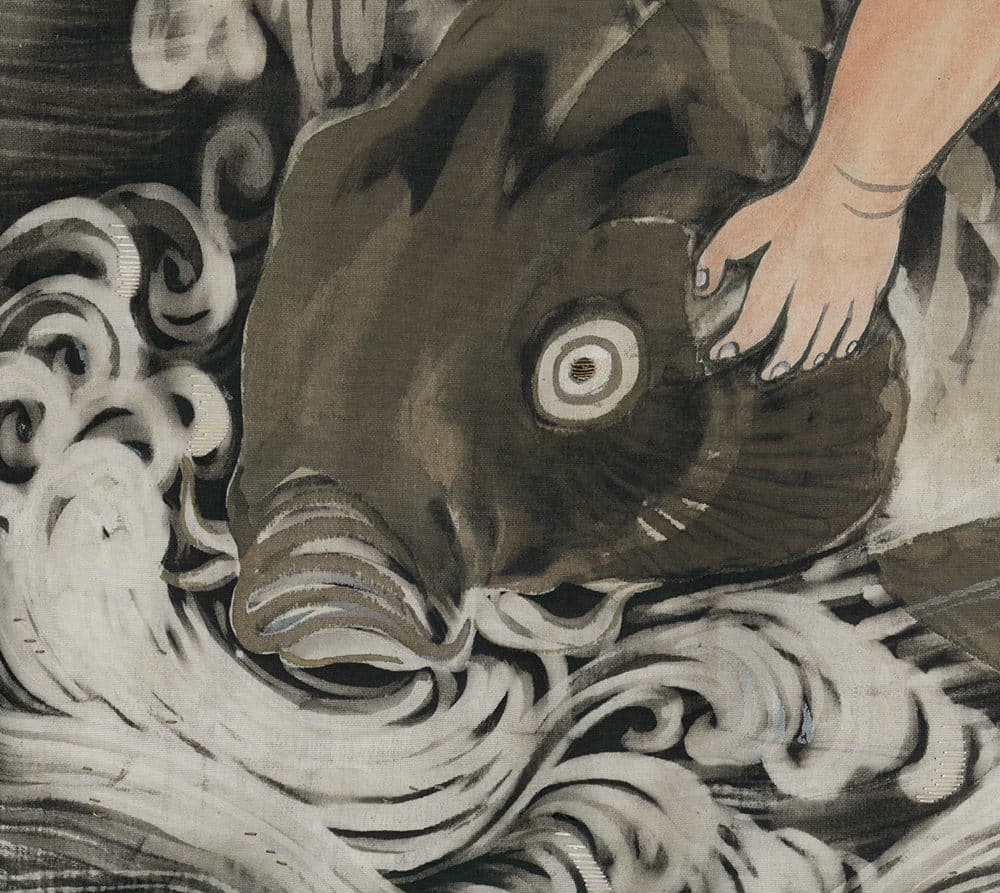 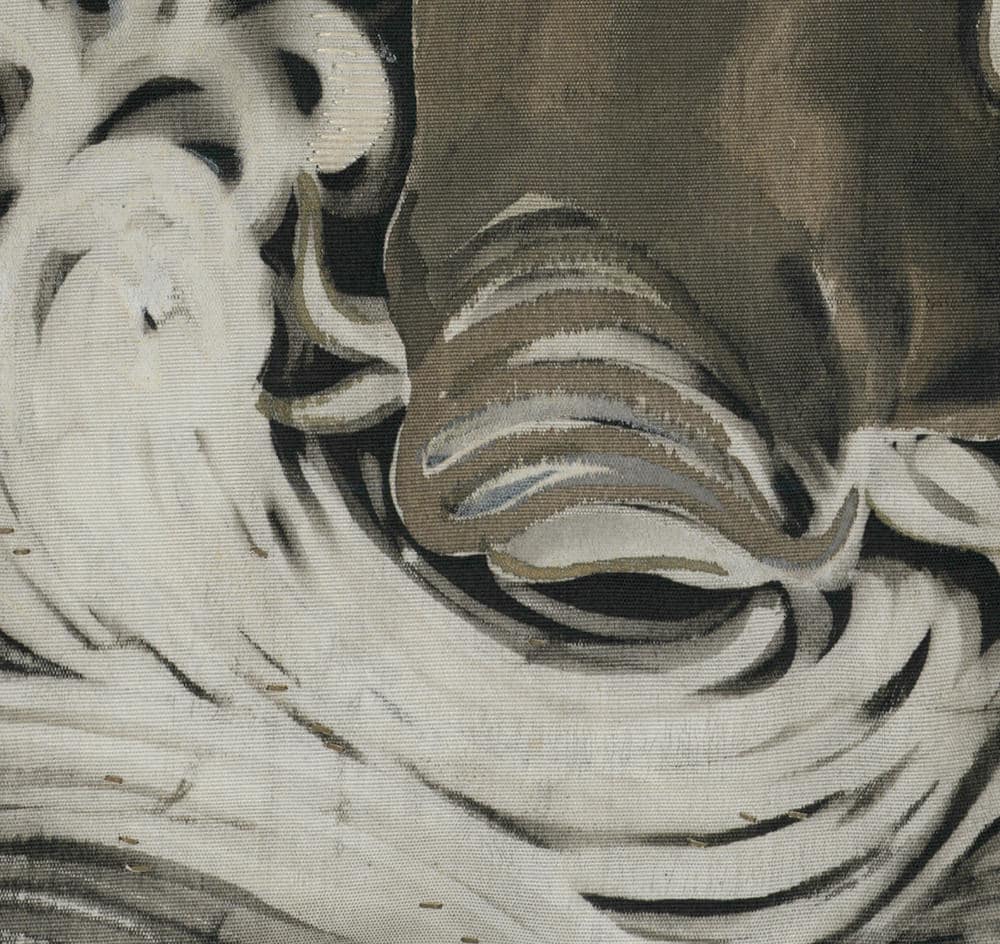 A plain-weave silk ceremonial kimono featuring yuzen and hand-painted images of the legendary super-boy Kintaro riding a carp. One old Japanese folktale involves the story of Kintaro, a baby abandoned by his parents at birth near Mount Fuji. He was raised by Yamauba, half-woman, half-spirit who lived in the Ashigara mountains near Mt Fuji where he was abandoned. The brave and superstrong Kintaro riding the persevering carp is imagery that expresses the wish that the boy would grow up with such admirable attributes.   The mon (family crests) on this kimono are unusually large.  Metallic embroidery highlights. 34" from sleeve-end to sleeve-end x 39" height.