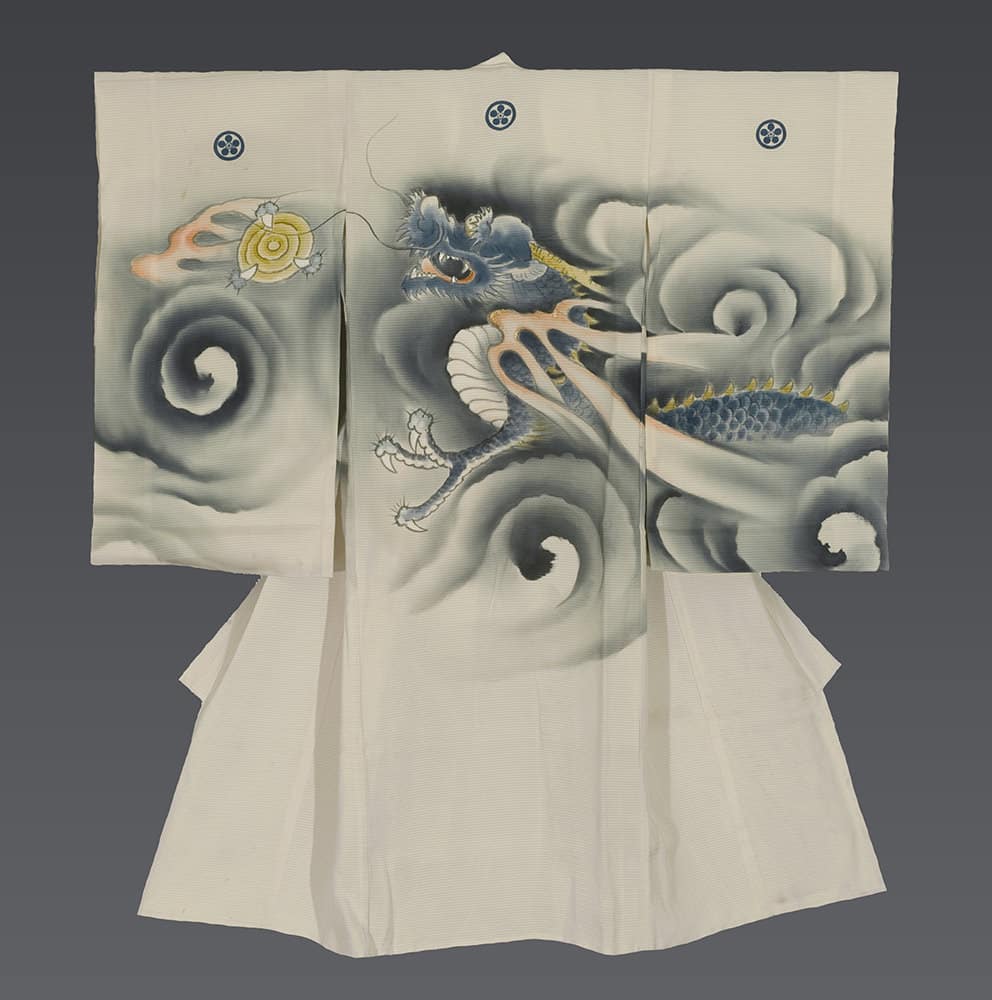 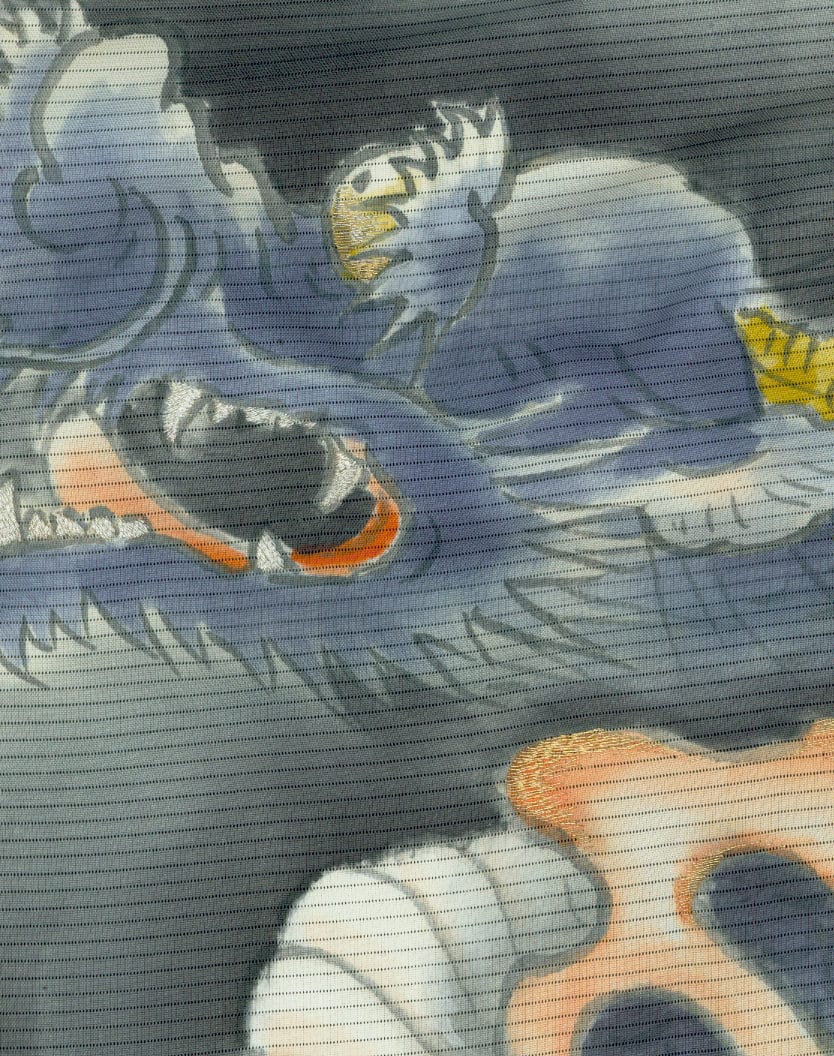 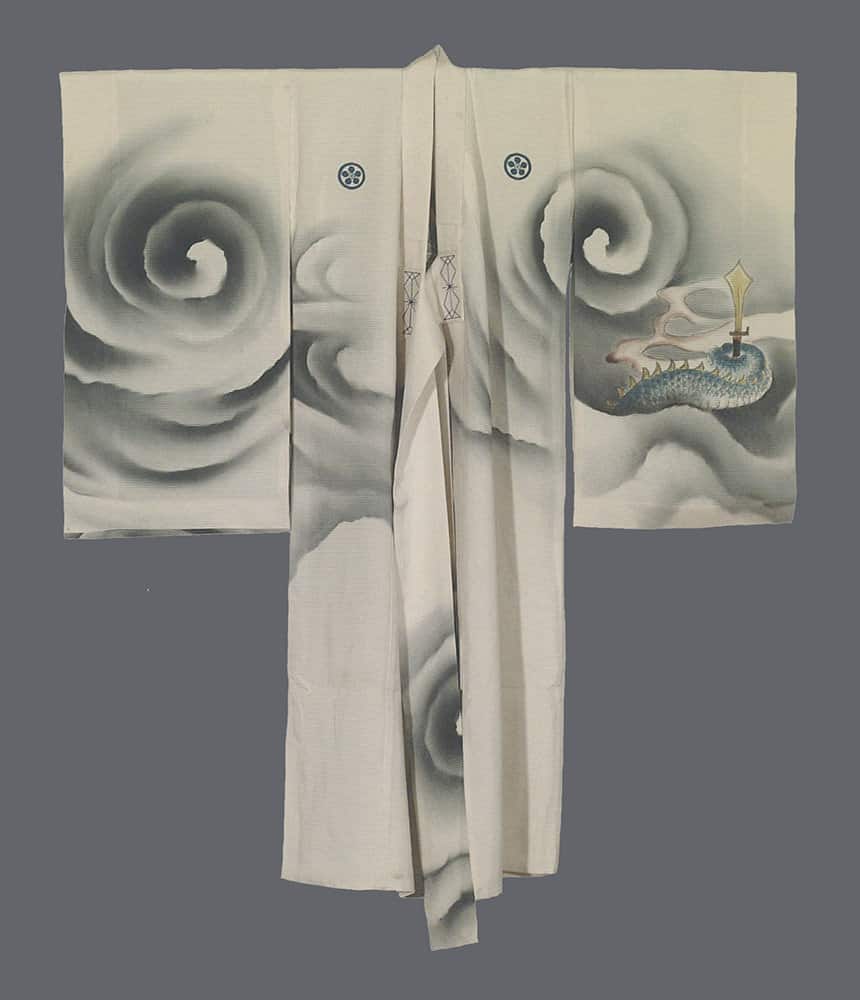 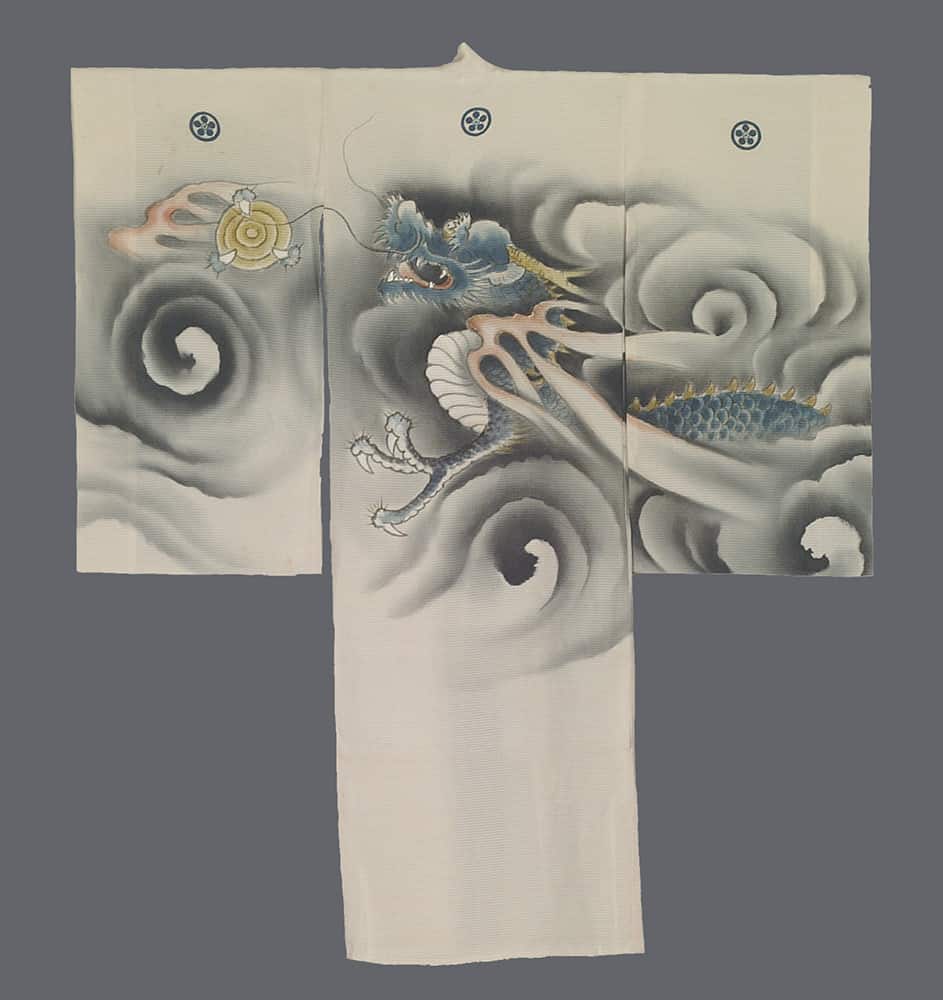 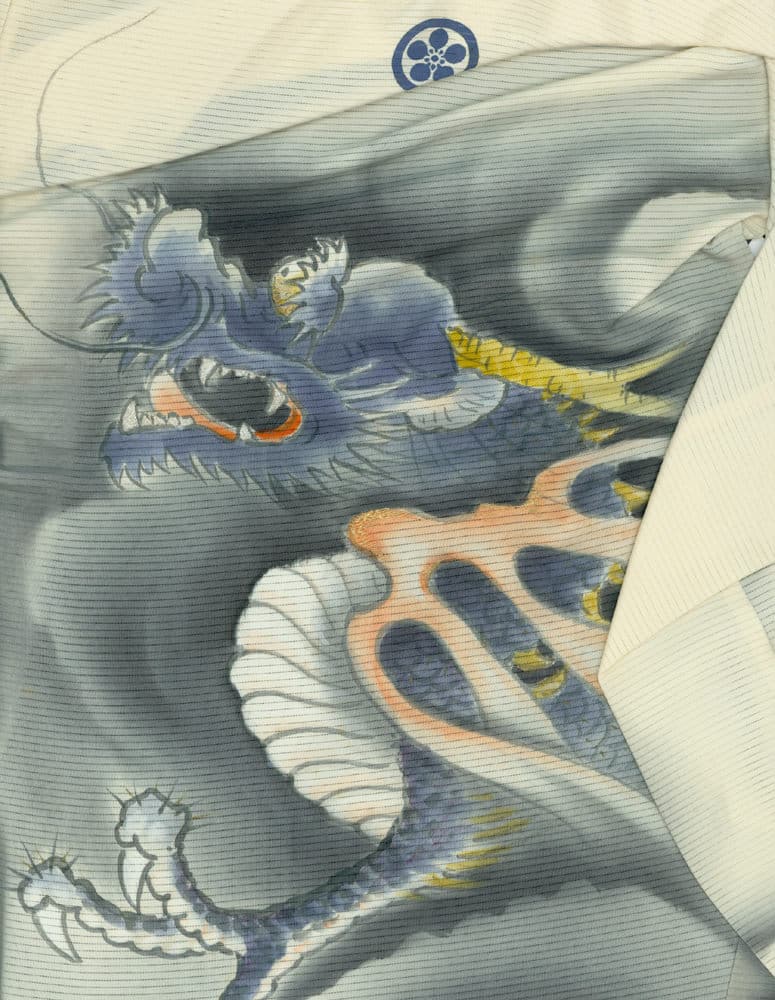 An unusual summer Ro sheer silk 'miyamairi' boys christening kimono. Hand-painted with several embroidery highlights.  35" from sleeve-end to sleeve-end x 38" height.  Dragons were viewed in Japan as protectors of the Buddhist and Shinto faiths, and associated with rain, the sea and thunder. The three-clawed dragon depicted on this kimono holds a tide-compelling jewel in it's right claw. Because a dragon can live in both air and water, it is believed to offer protection from fire.  Edo-era firemen often tattooed themselves with dragons or wore padded jackets with dragons embroidered in the linings next to their skin for protection. In Japanese art, the dragon is never totally visible.  It is partly hidden by swirling clouds or storm waves because its form is so terrifying that "no mortal may look upon its entire body and live." At the autumn equinox, the dragon descends into the sea with the tide-compelling jewel of ebb and flood.  Dragons may be seen in pursuit of this jewel, fighting for its possession, or grasping it with their claws.  This mystical jewel or tama was adopted by the Buddhist religion and came to symbolize omnipotence through asceticism.  It is also attributed to have the power to grant all wishes.  The jewel, which at first is flaming, liquefies and then crystallizes into a beautiful luminous sphere, symbol of the origin of our planet, Earth.  It is this crystallized and finalized golden yellow jewel that is depicted on this kimono.