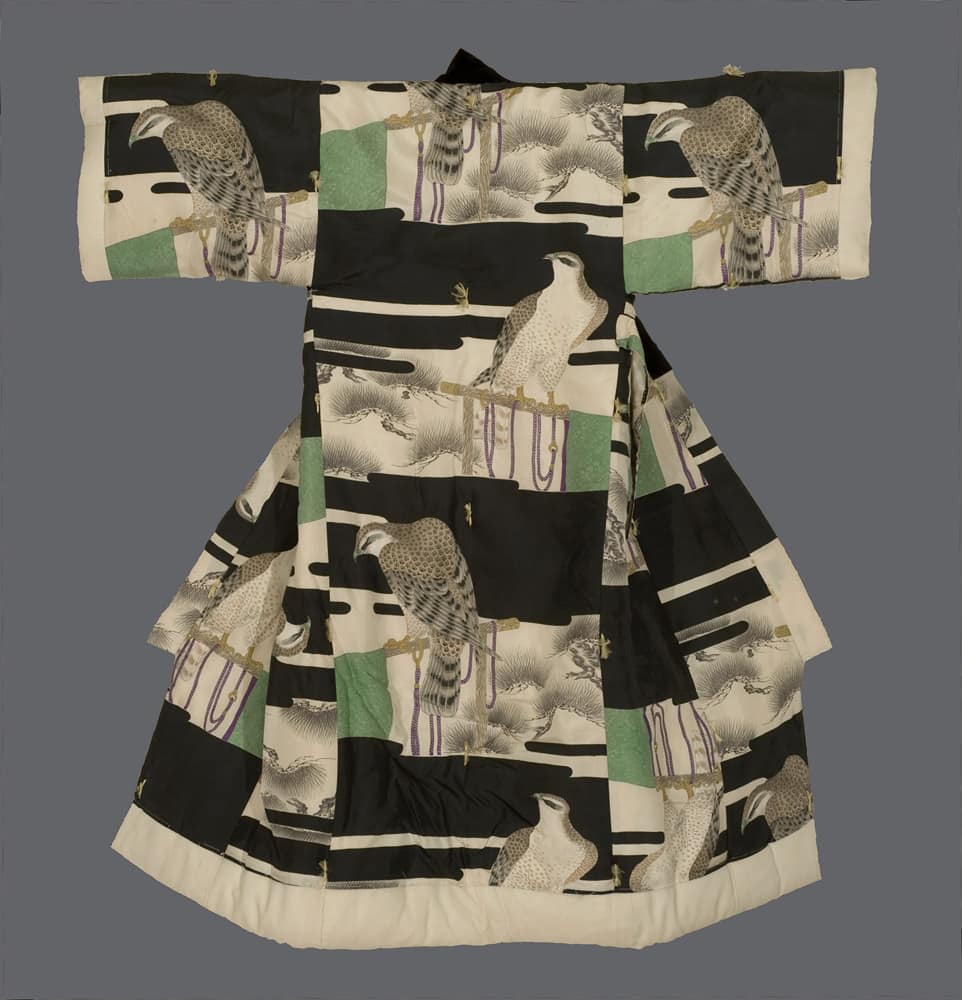 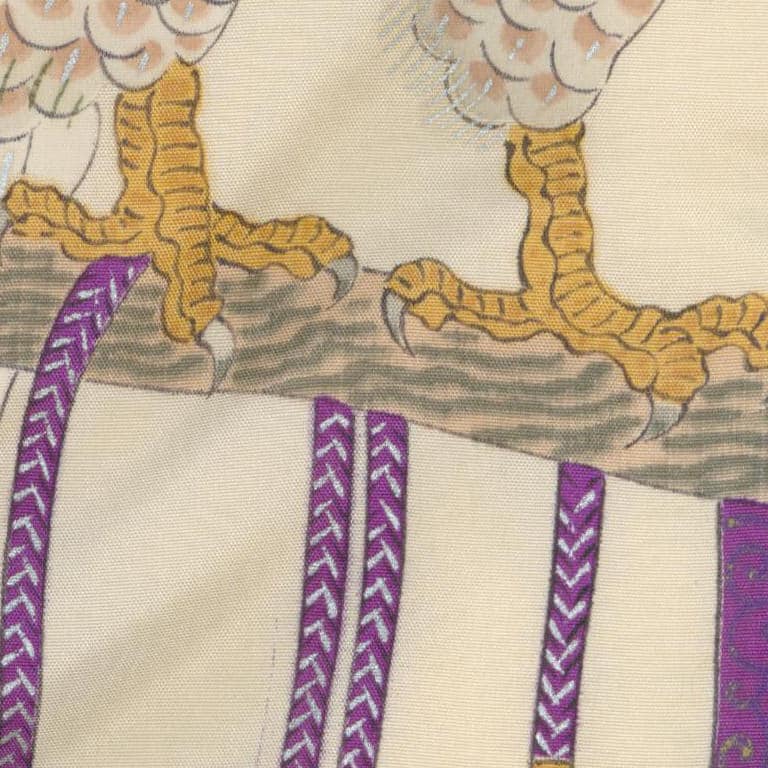 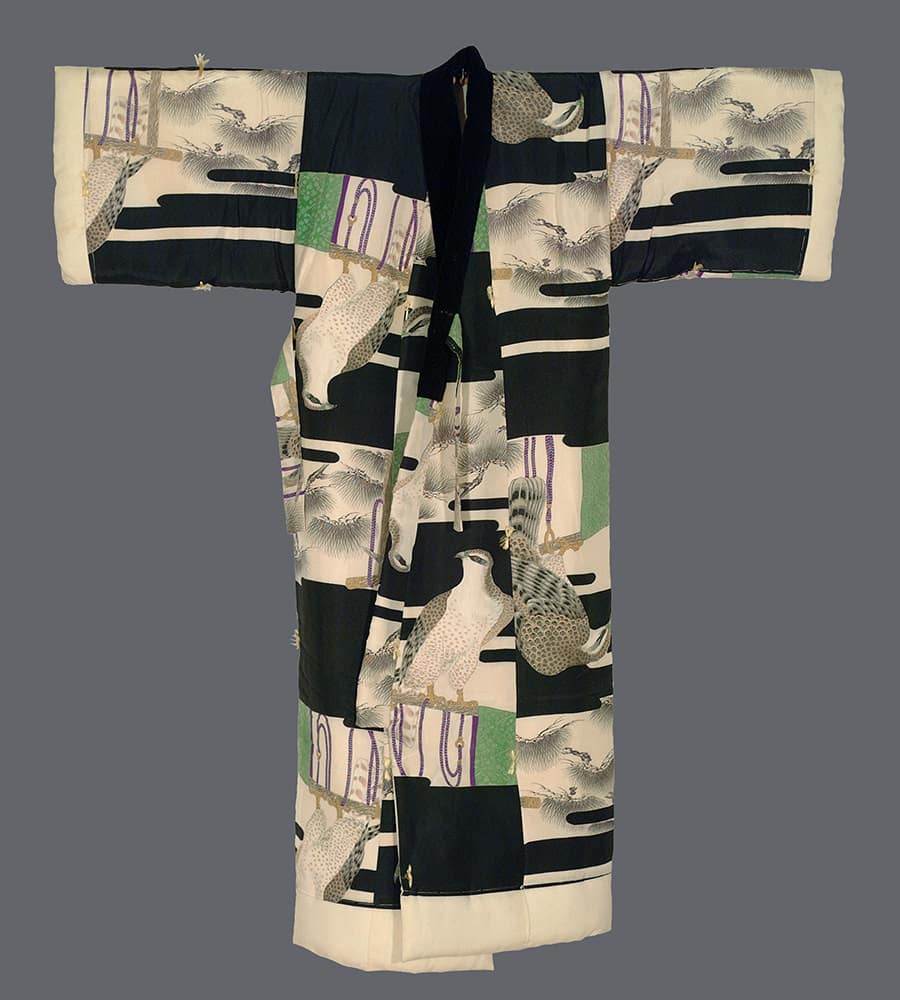 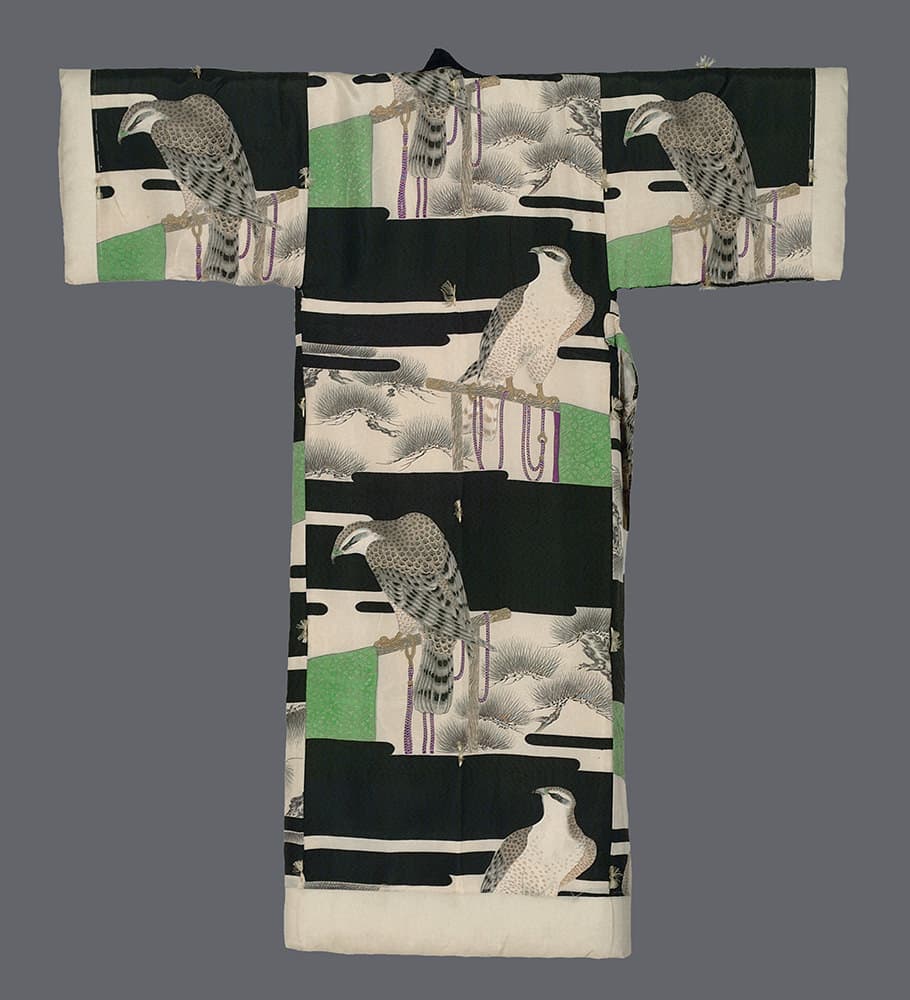 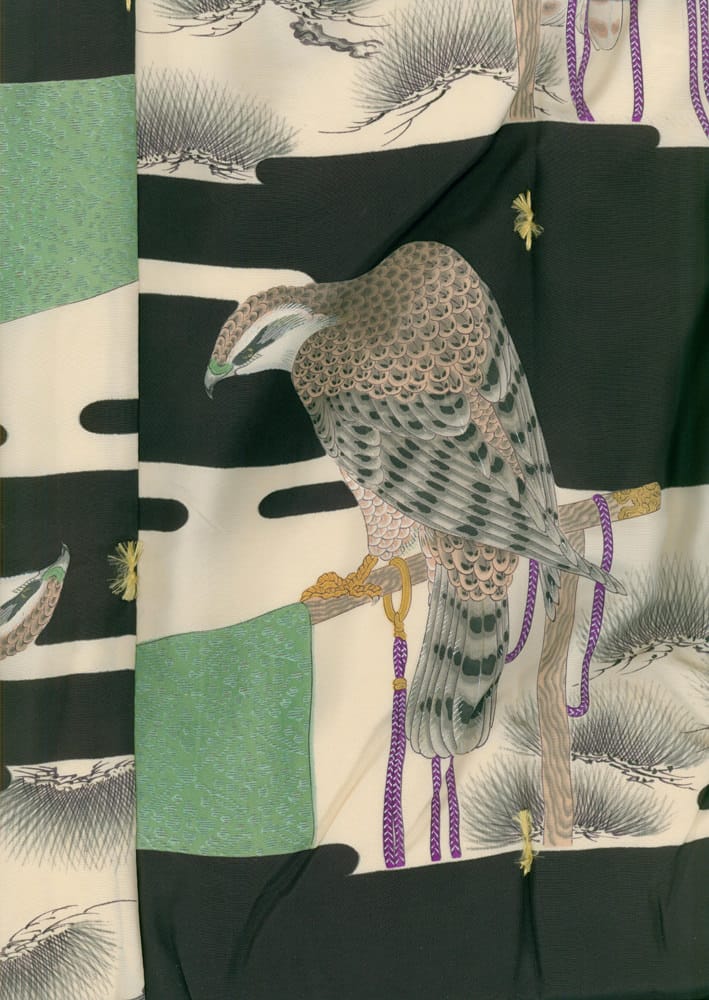 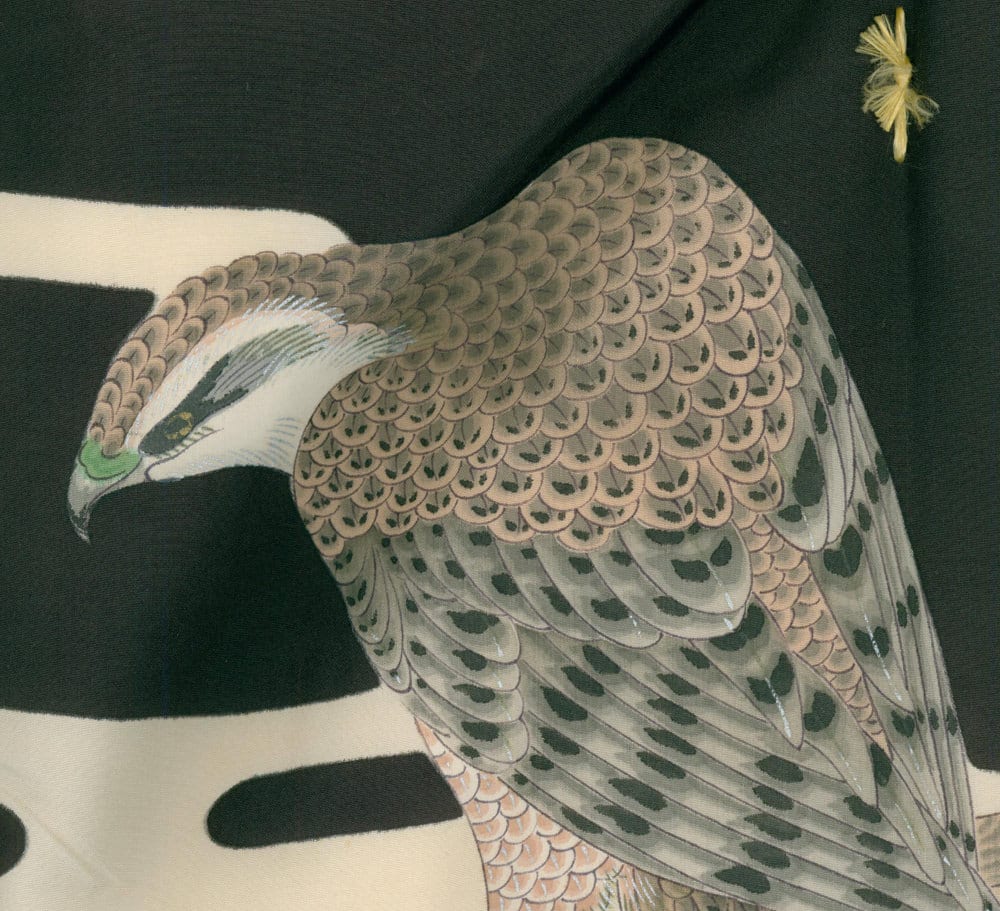 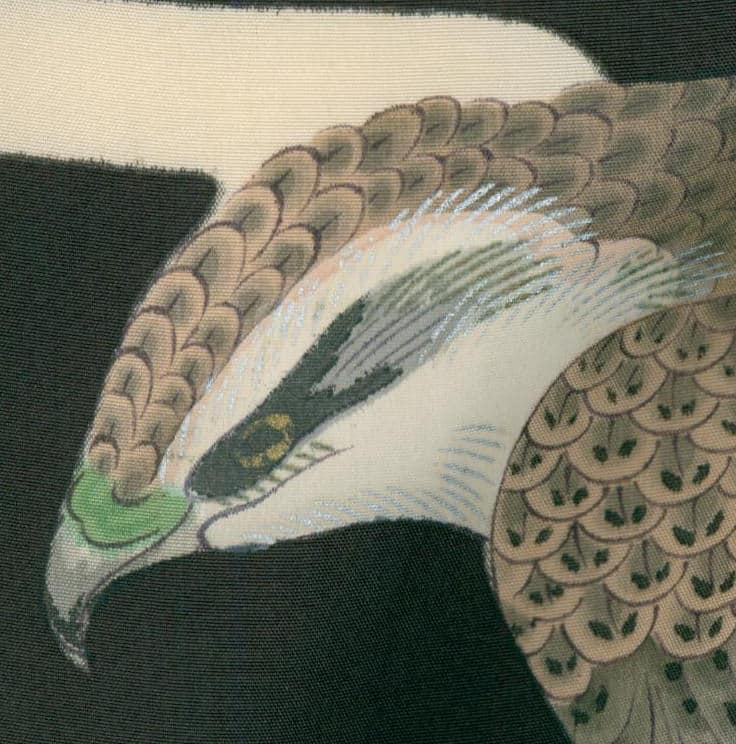 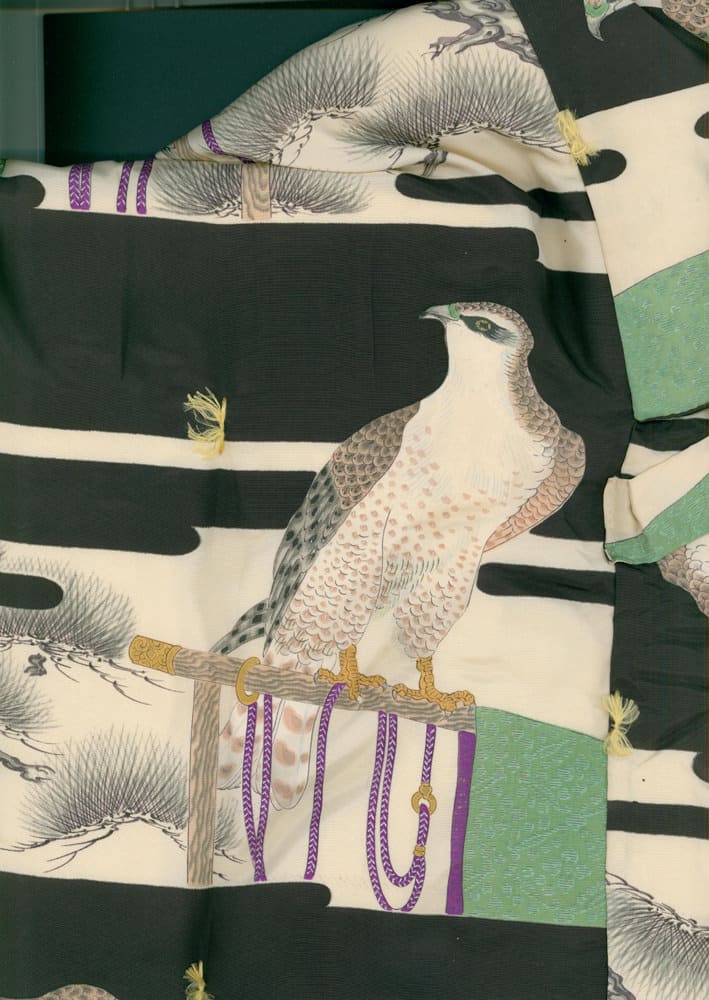 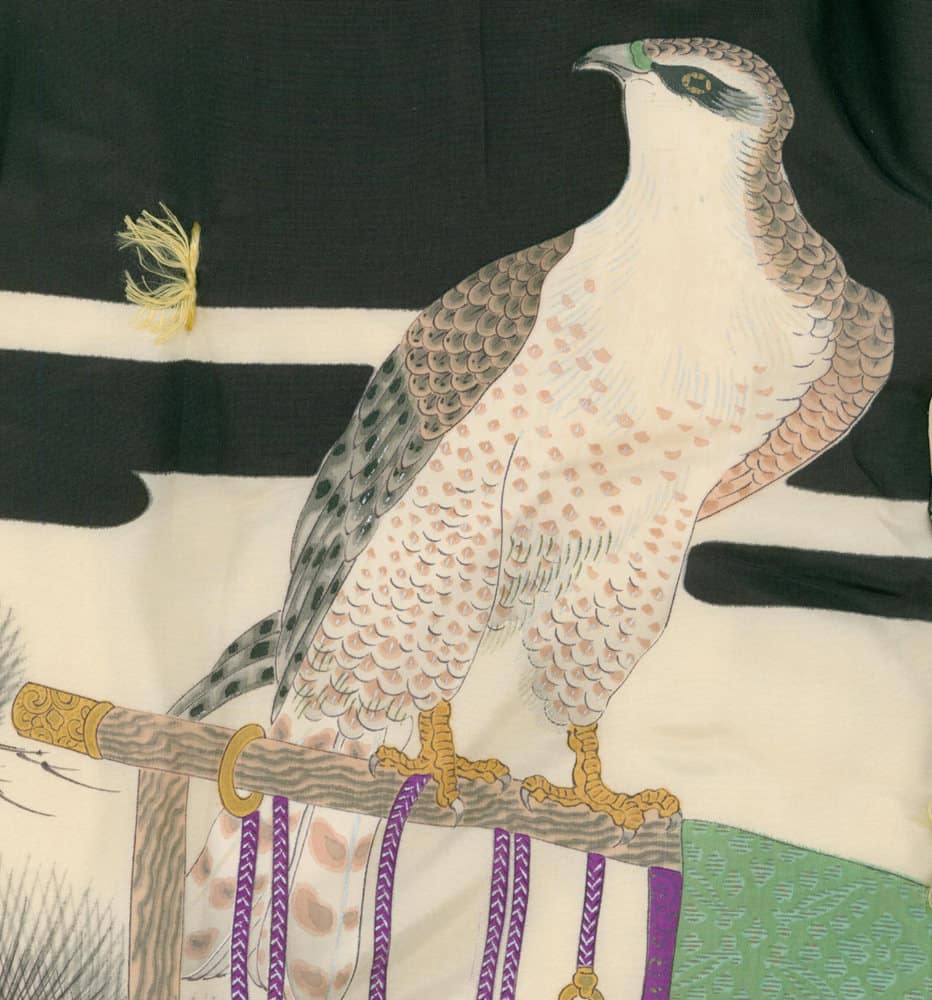 A padded silk boys kimono featuring motifs of tethered falcons. There are hand-painted highlights on silkscreen images. These apparently silk-screened falcon images are so legible and vivid they look sumi-e hand-painted: there may be a process similar to silk-screening that we are not aware of. A rarity: there are various tufts of golden-yellow silk purposely placed at various locations on the kimono, perhaps intended to ward off evil demons. 35" from sleeve-end to sleeve-end x 39" height.Tethered falcons are a rare motif on Japanese textiles. Falcons were revered for their ferocity, regal quality, and directness of action, and symbolized the soul of the owner. As the visibility and popularity of falconry grew during the Edo period many falcon-related paintings were commissioned by samurai and other nobility: images of the hunt and especially portraits of favored individual birds depicted tethered to a stand.