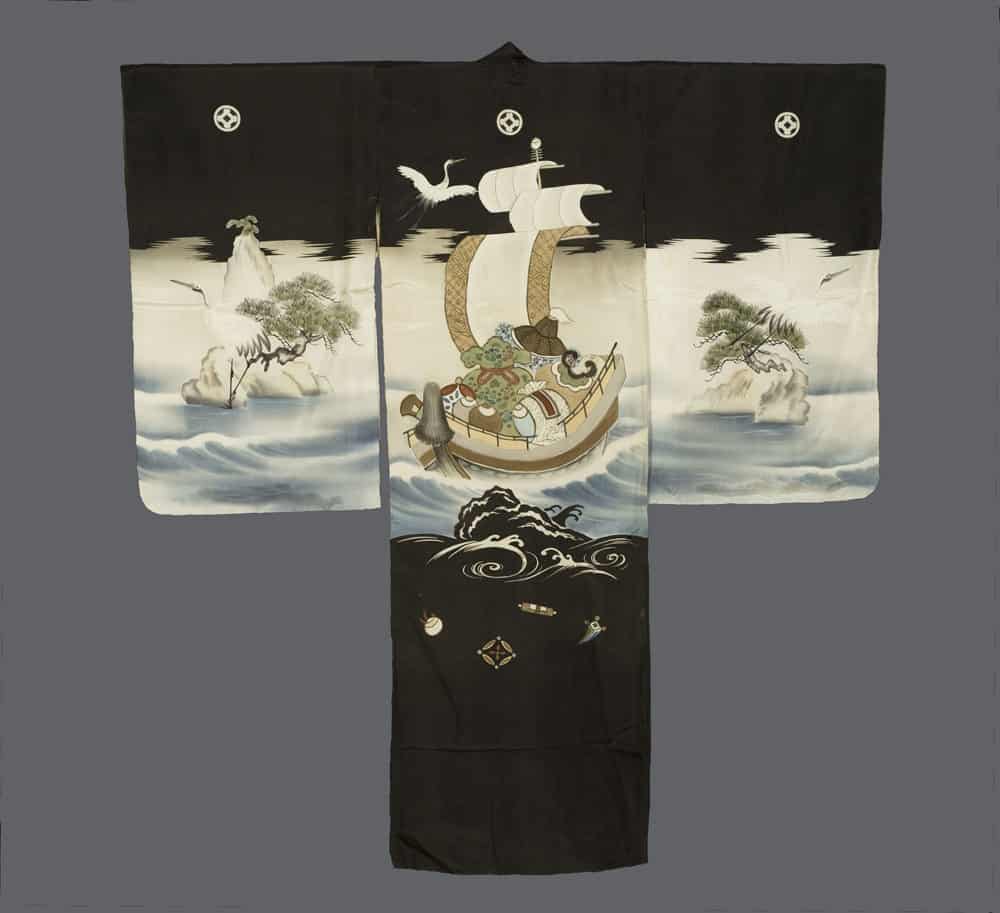 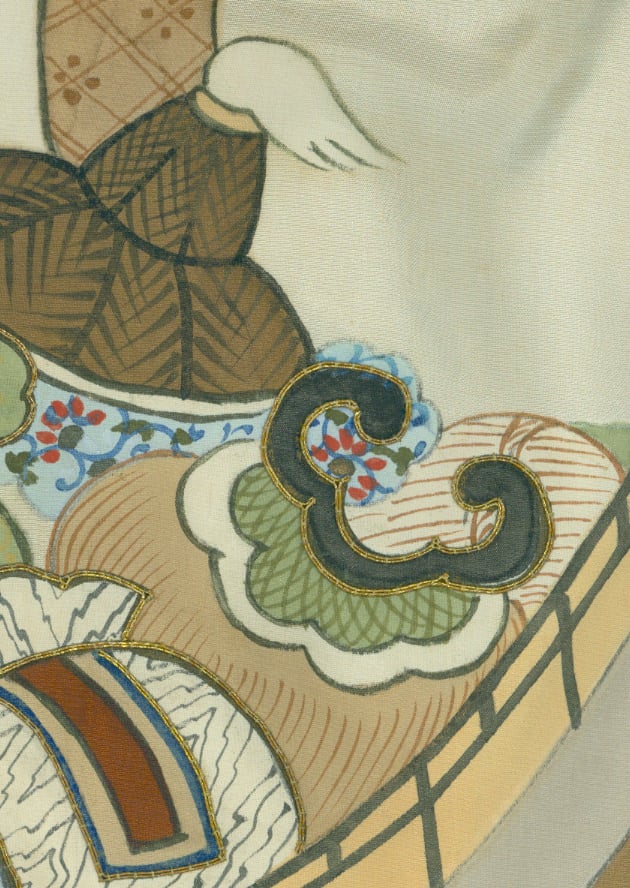 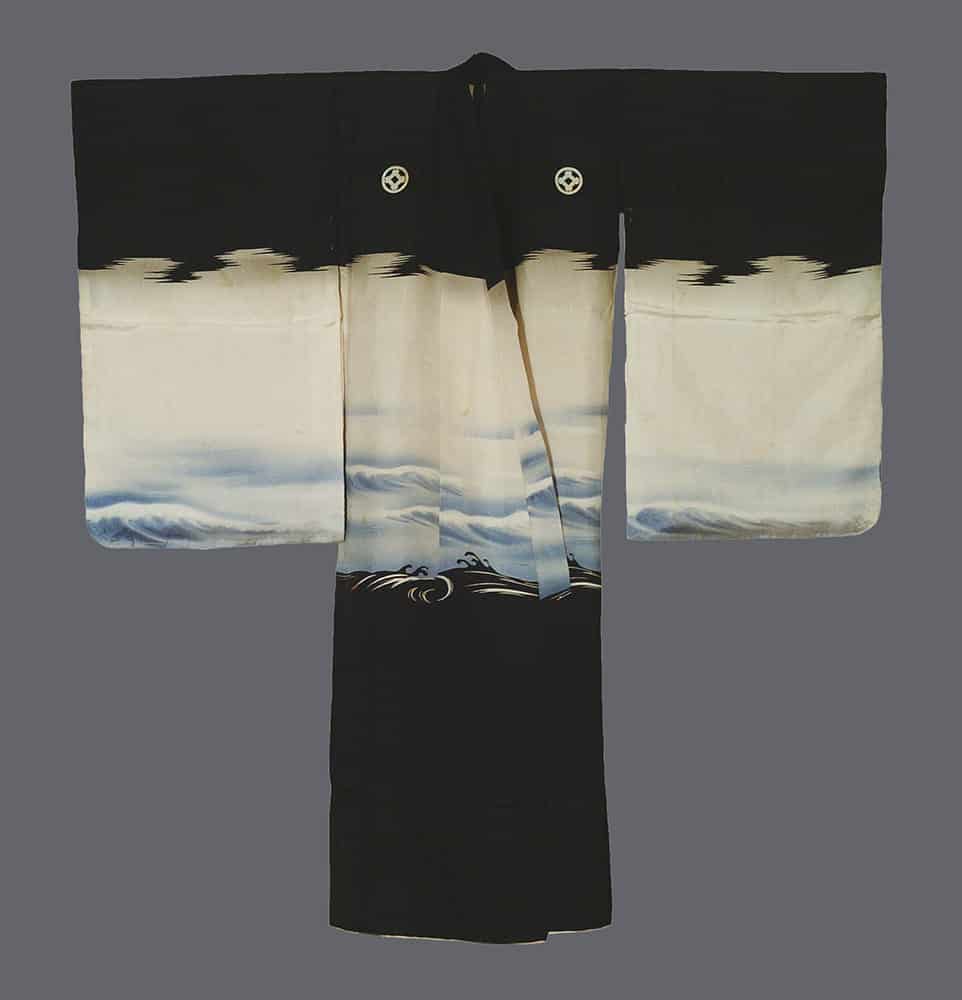 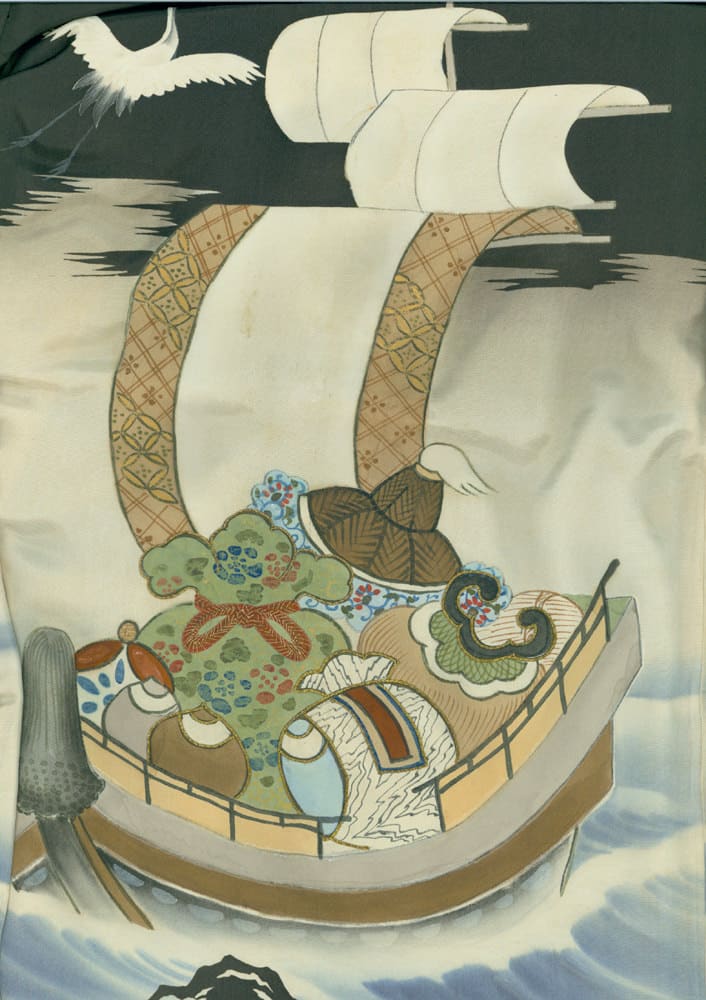 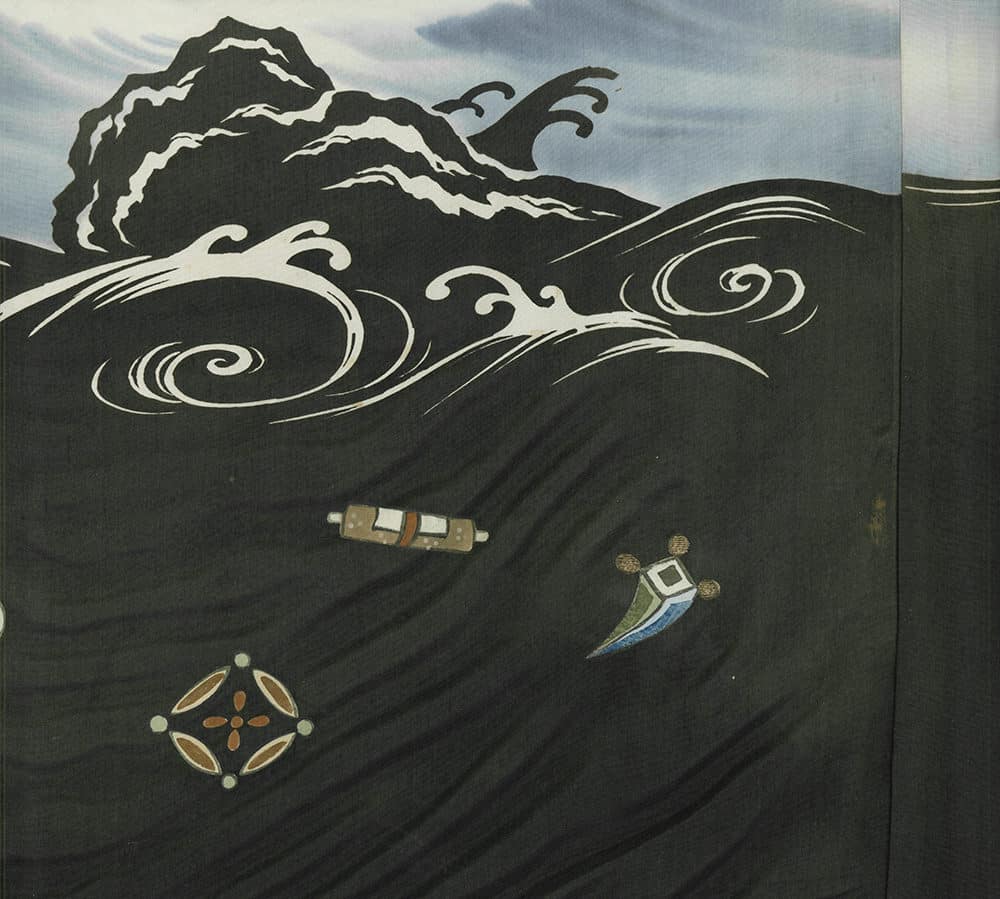 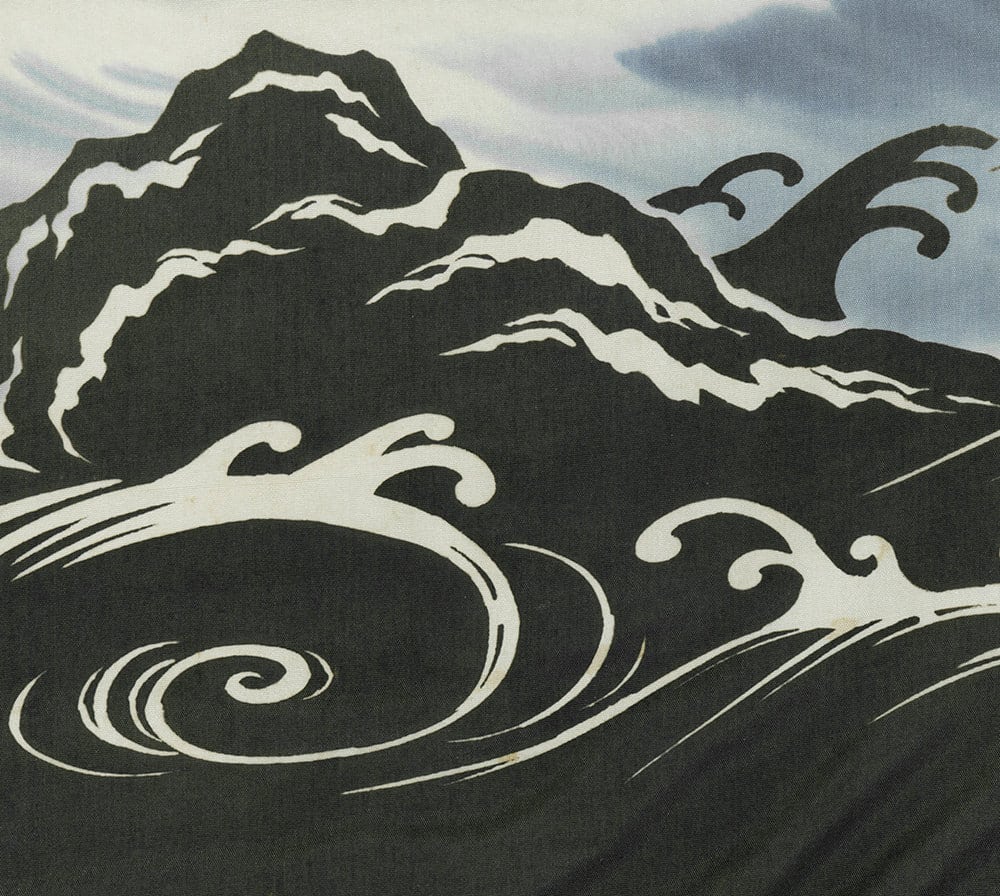 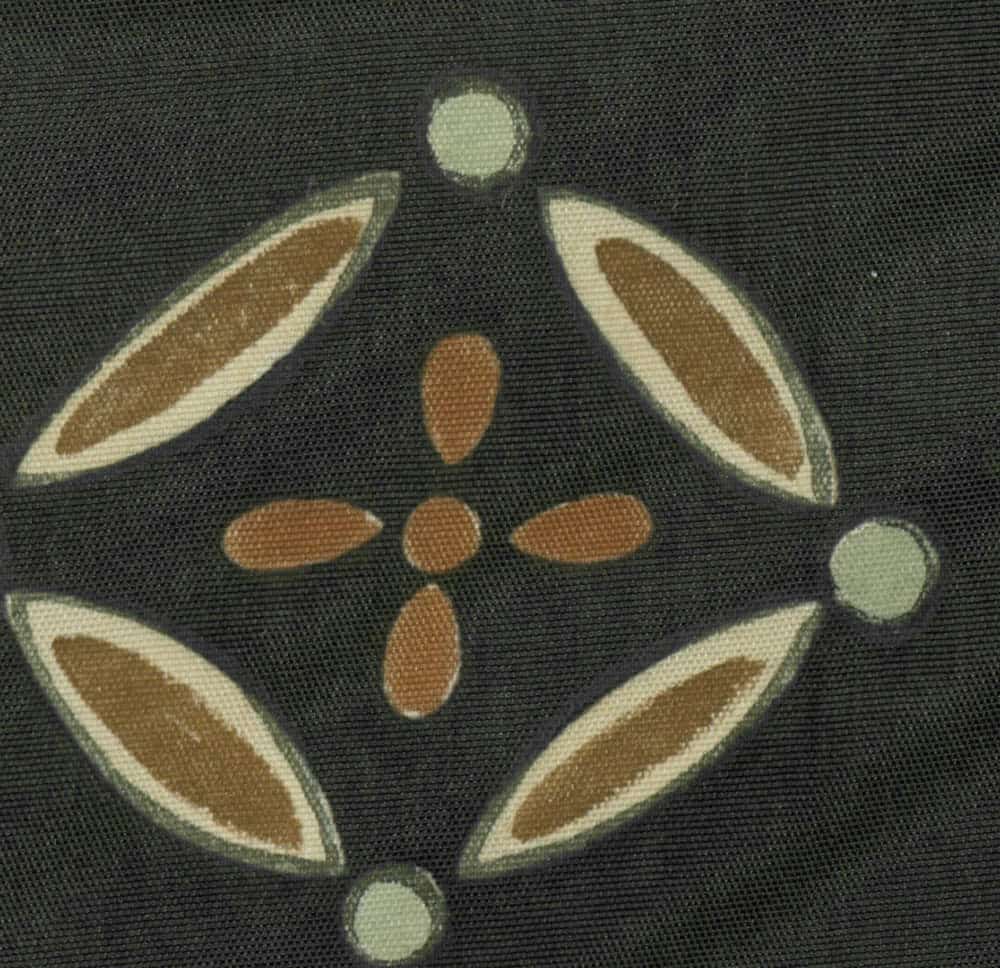 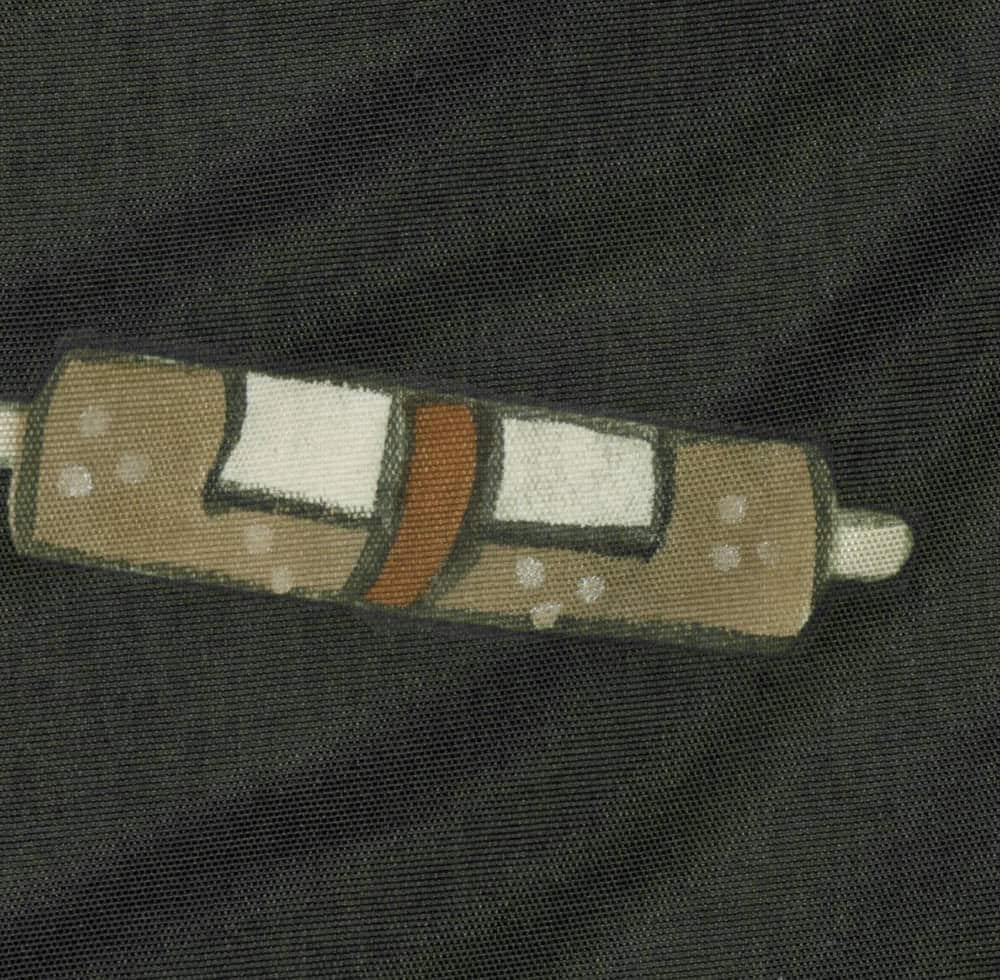 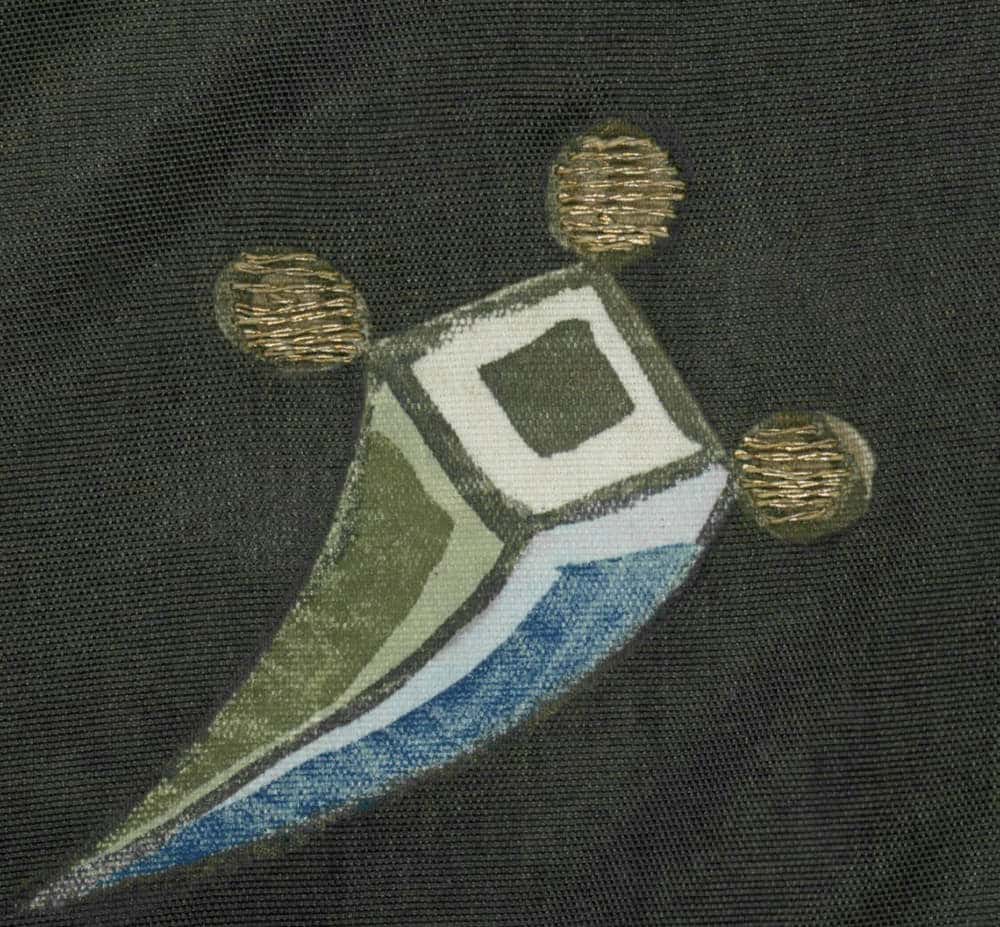 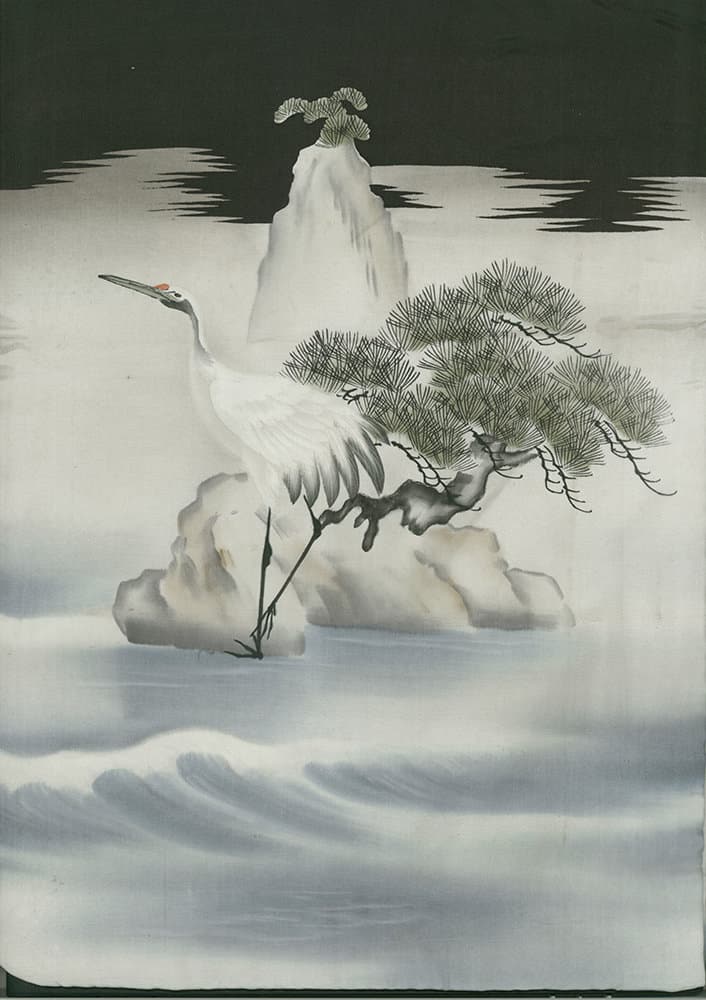 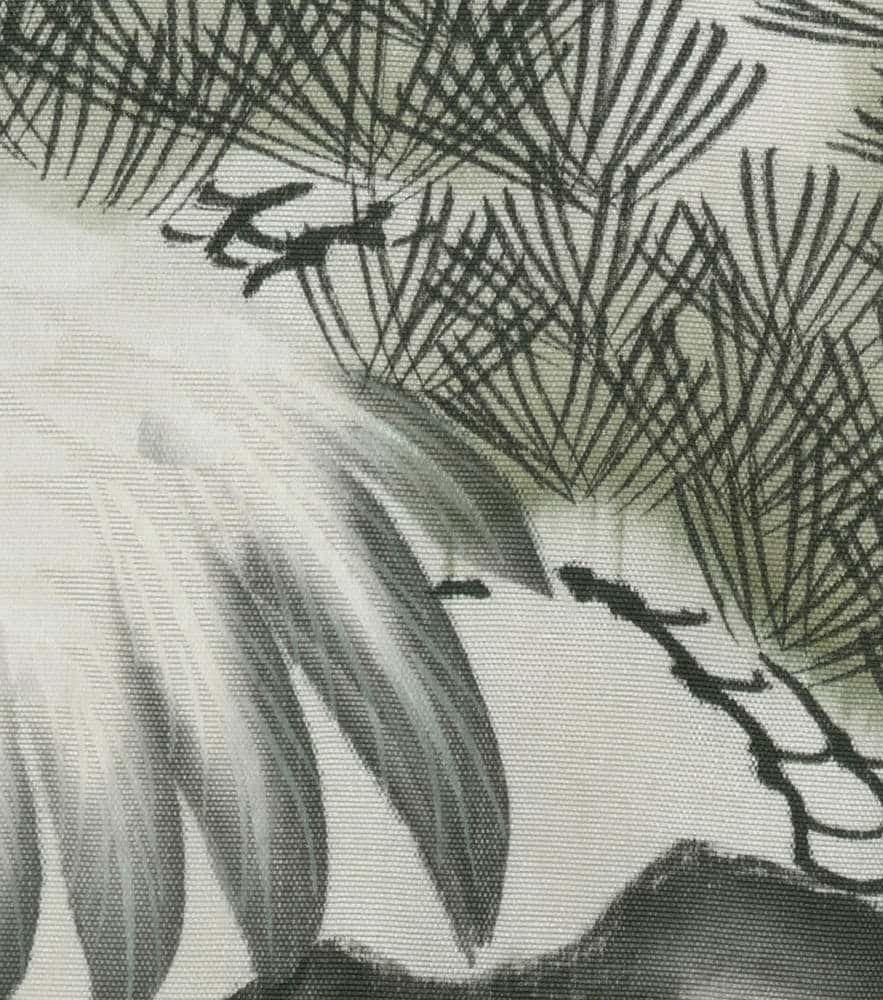 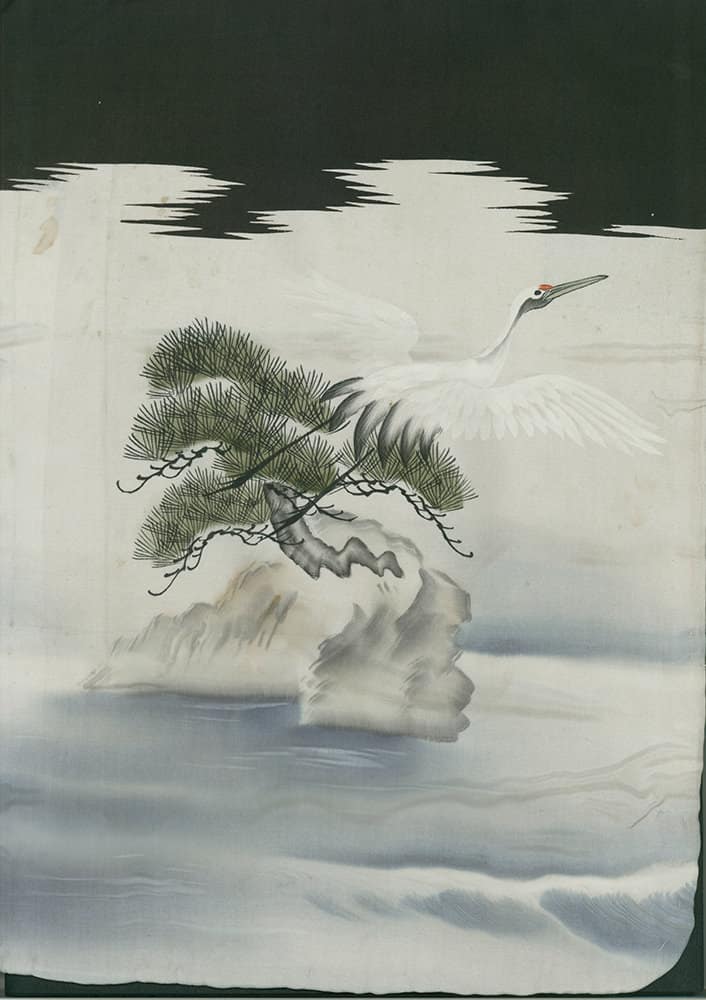 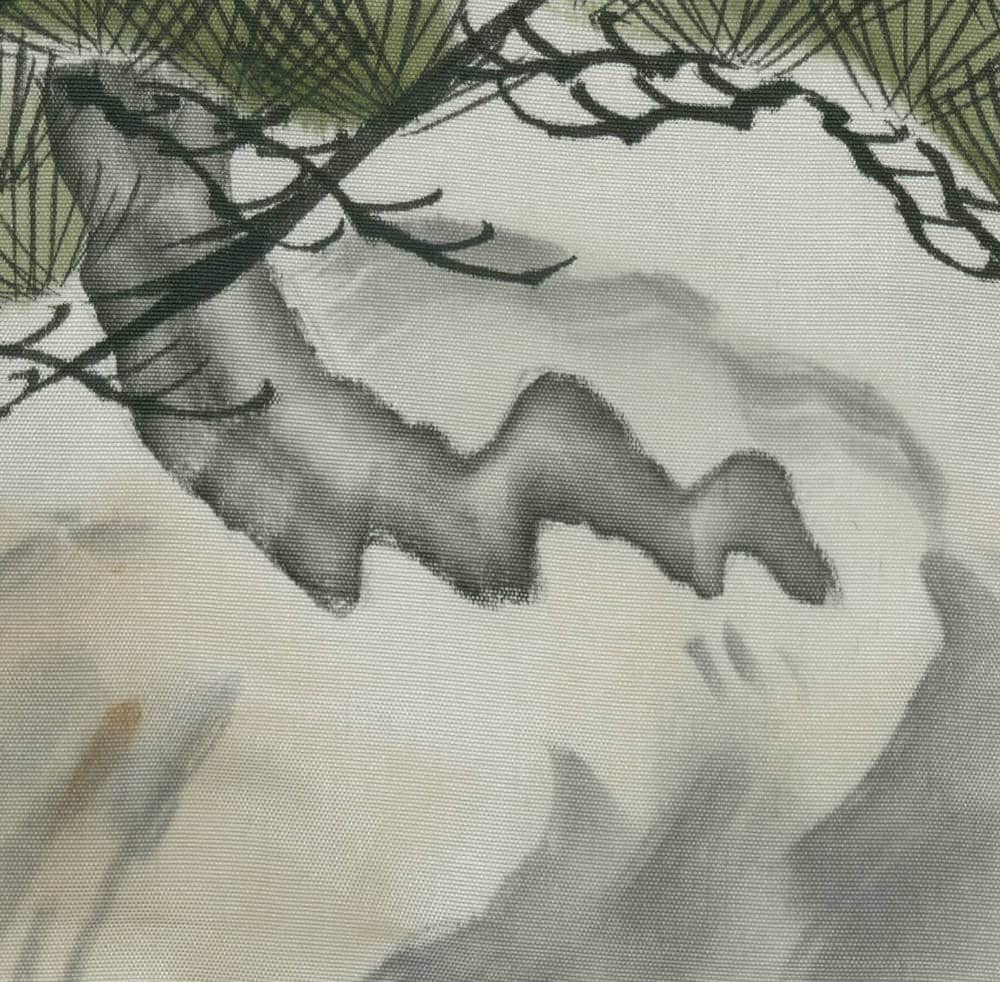 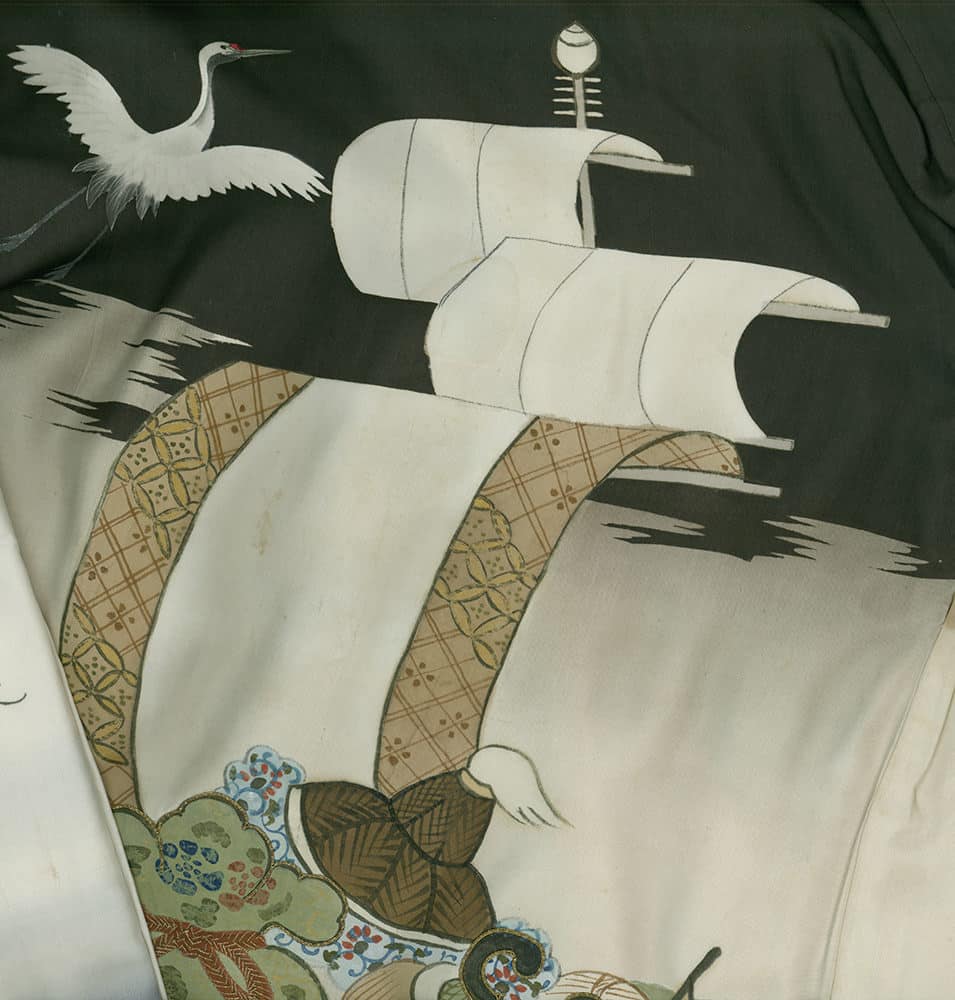 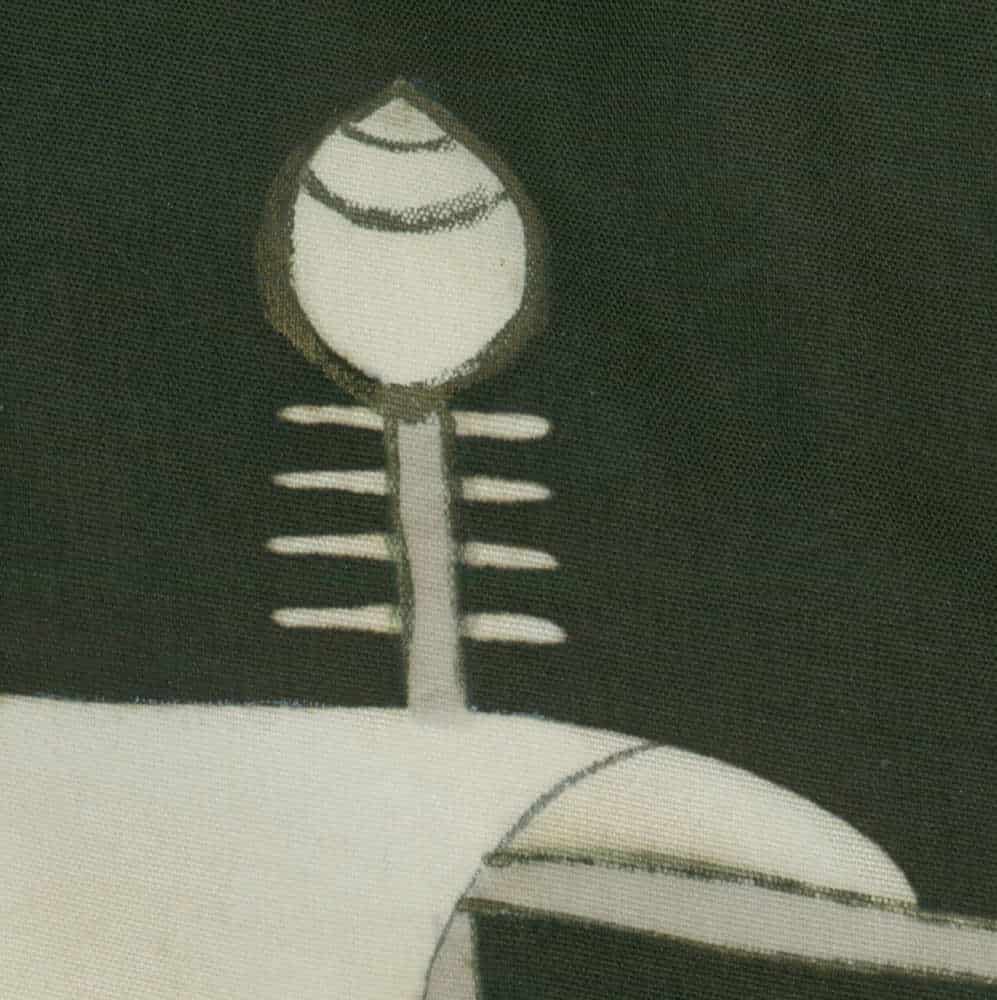 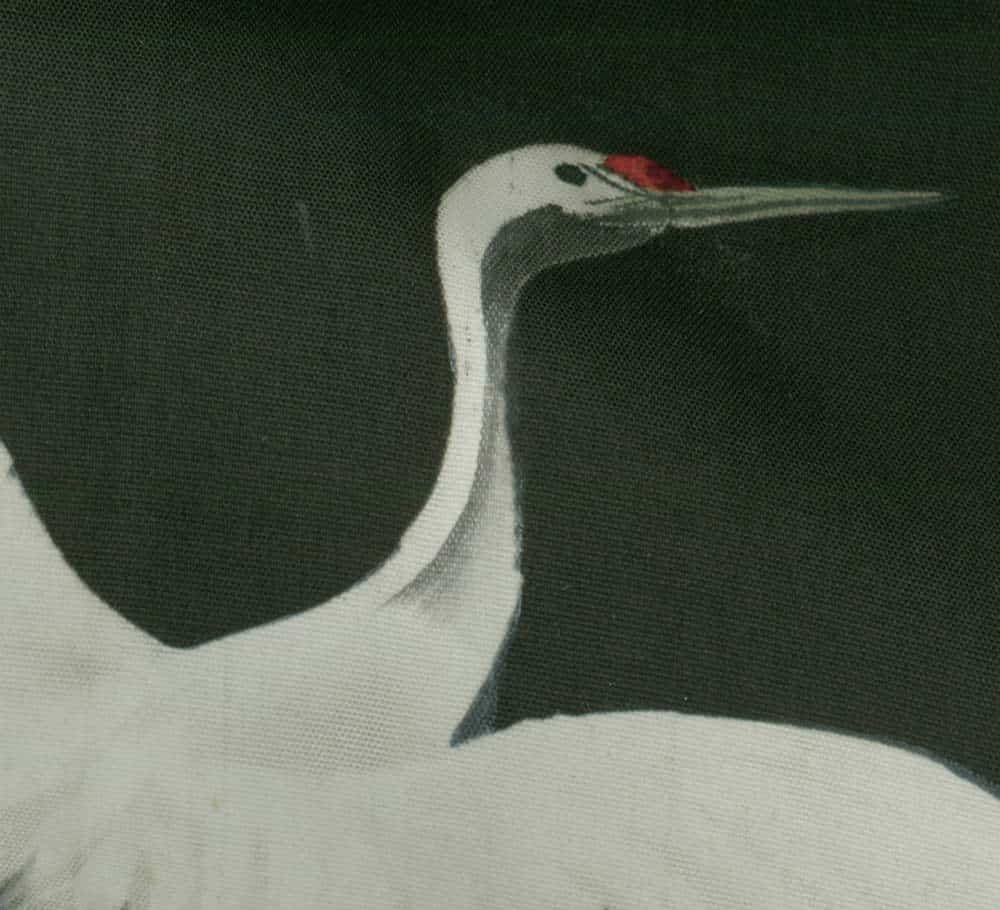 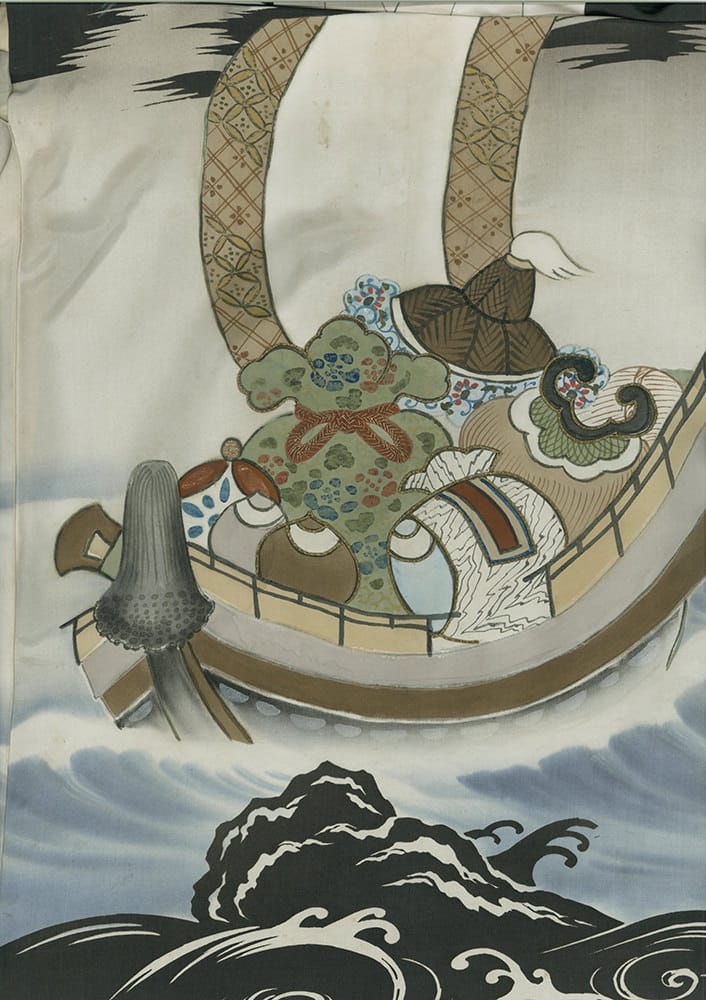 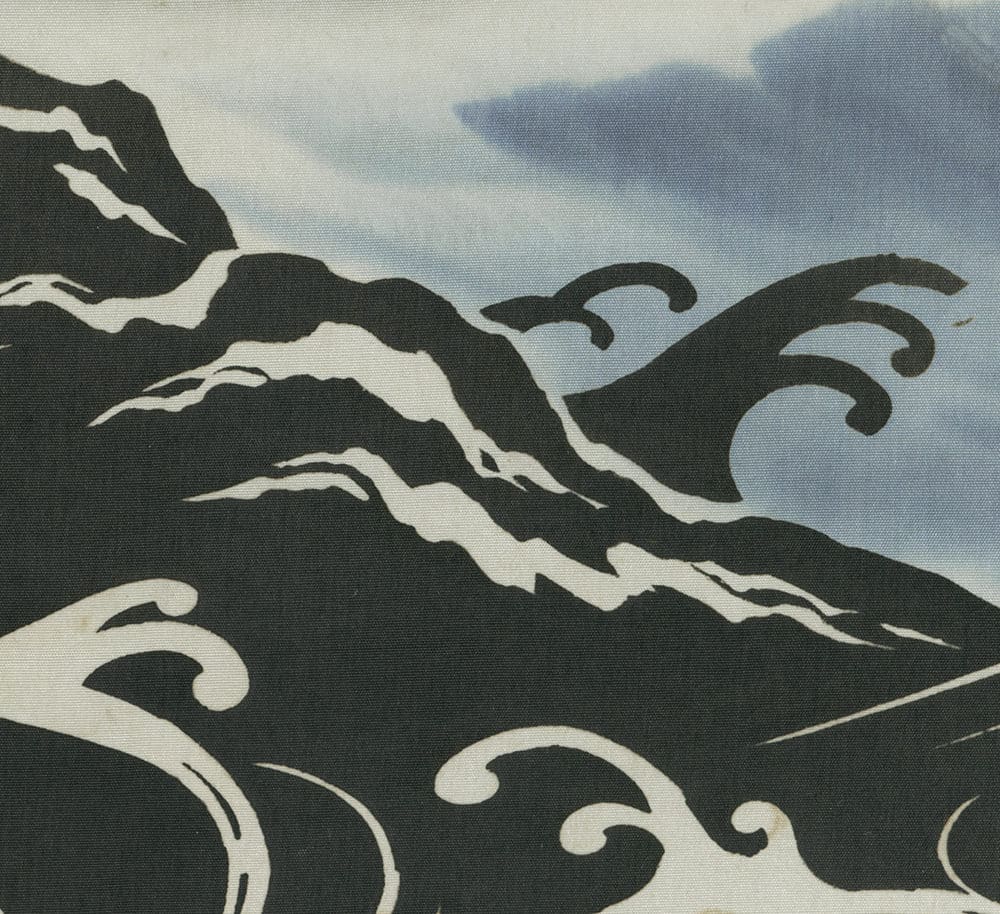 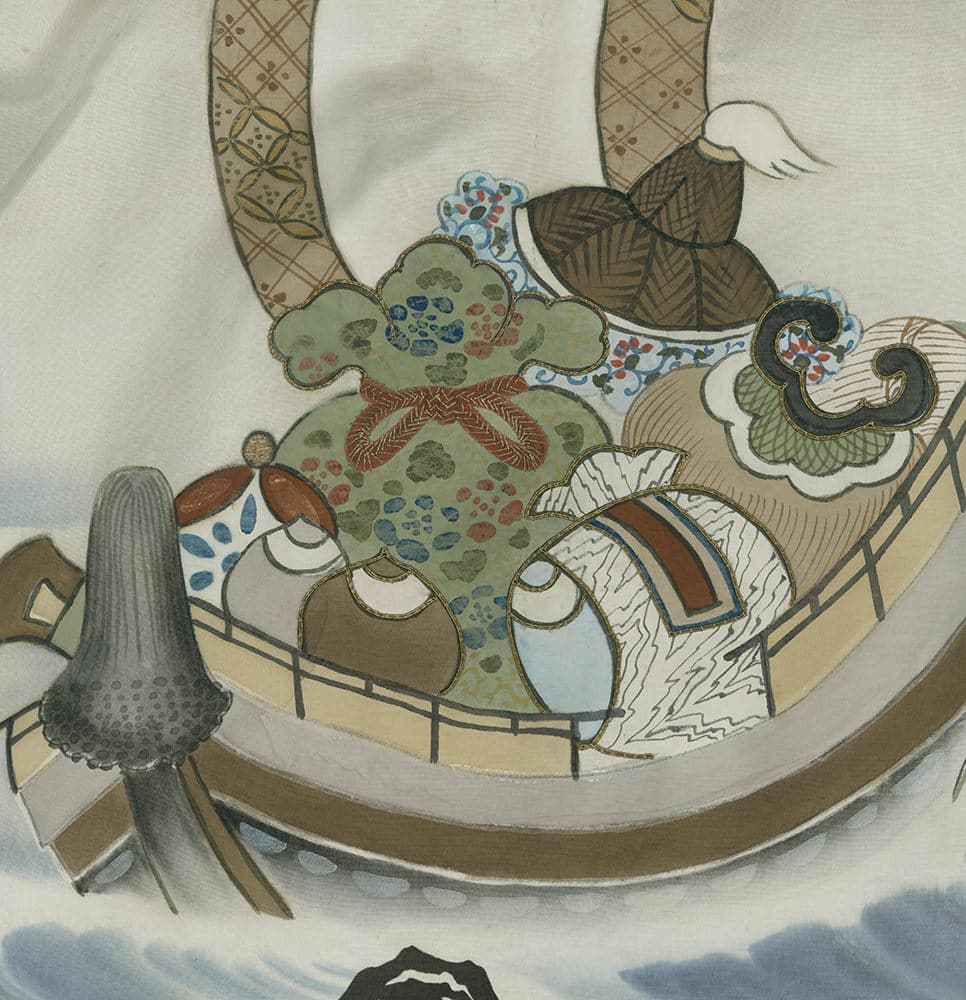 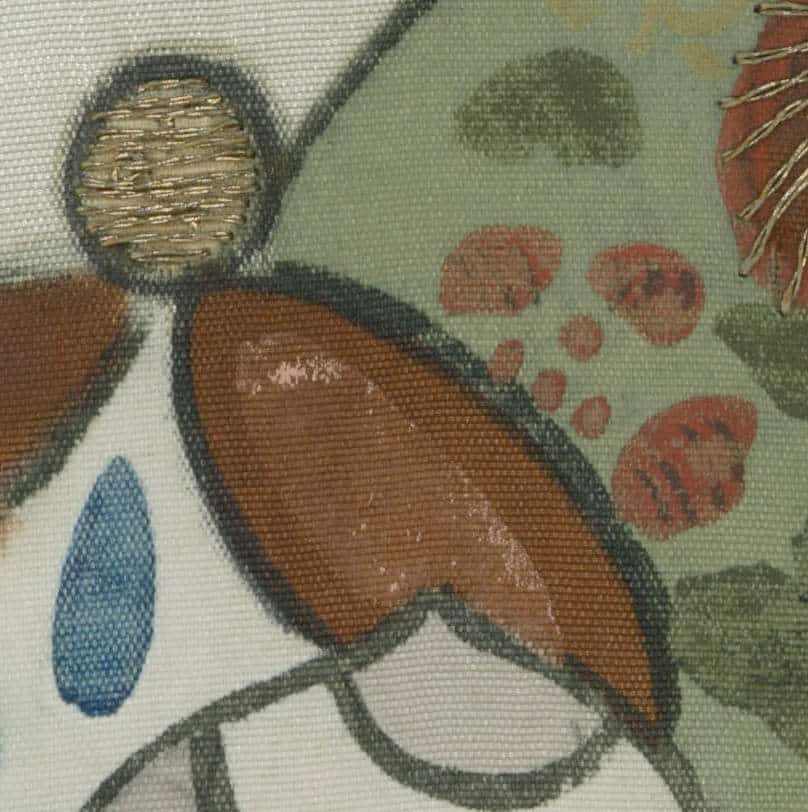 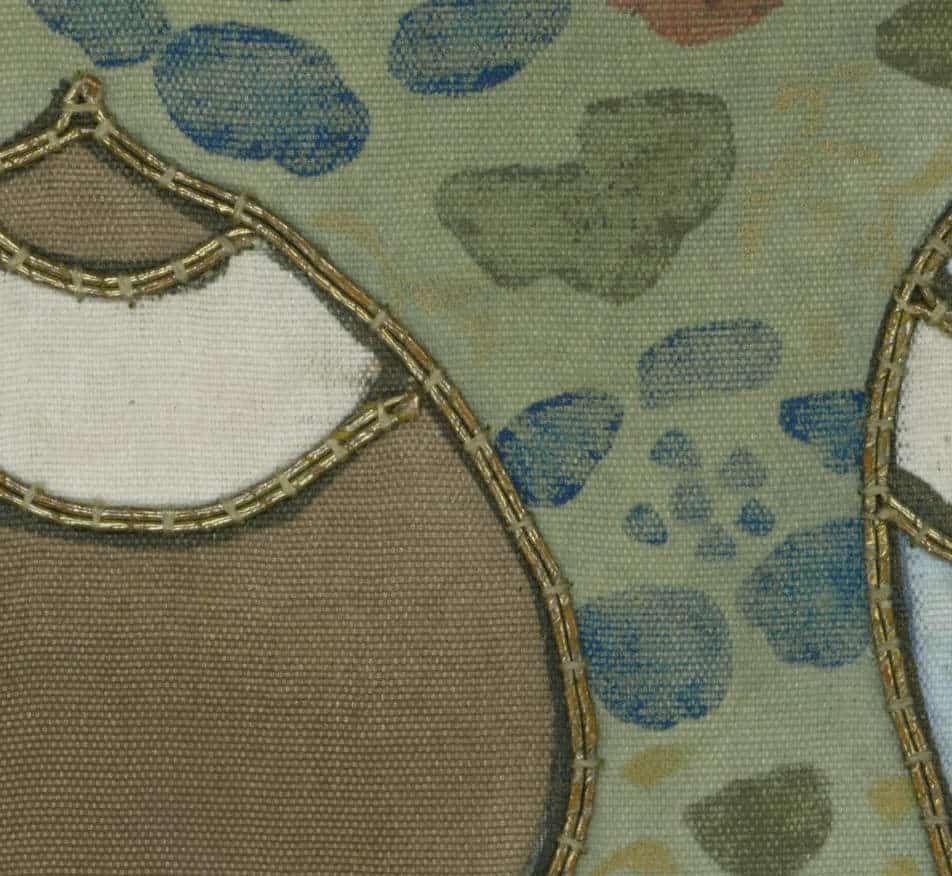 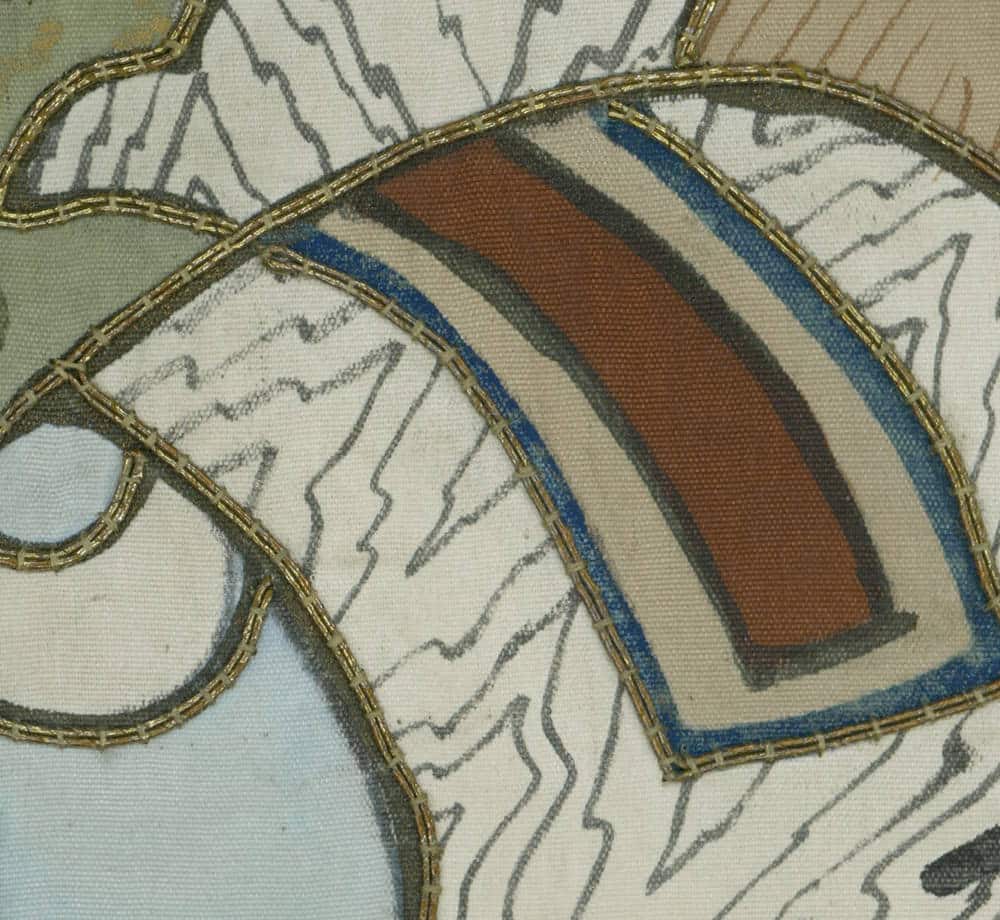 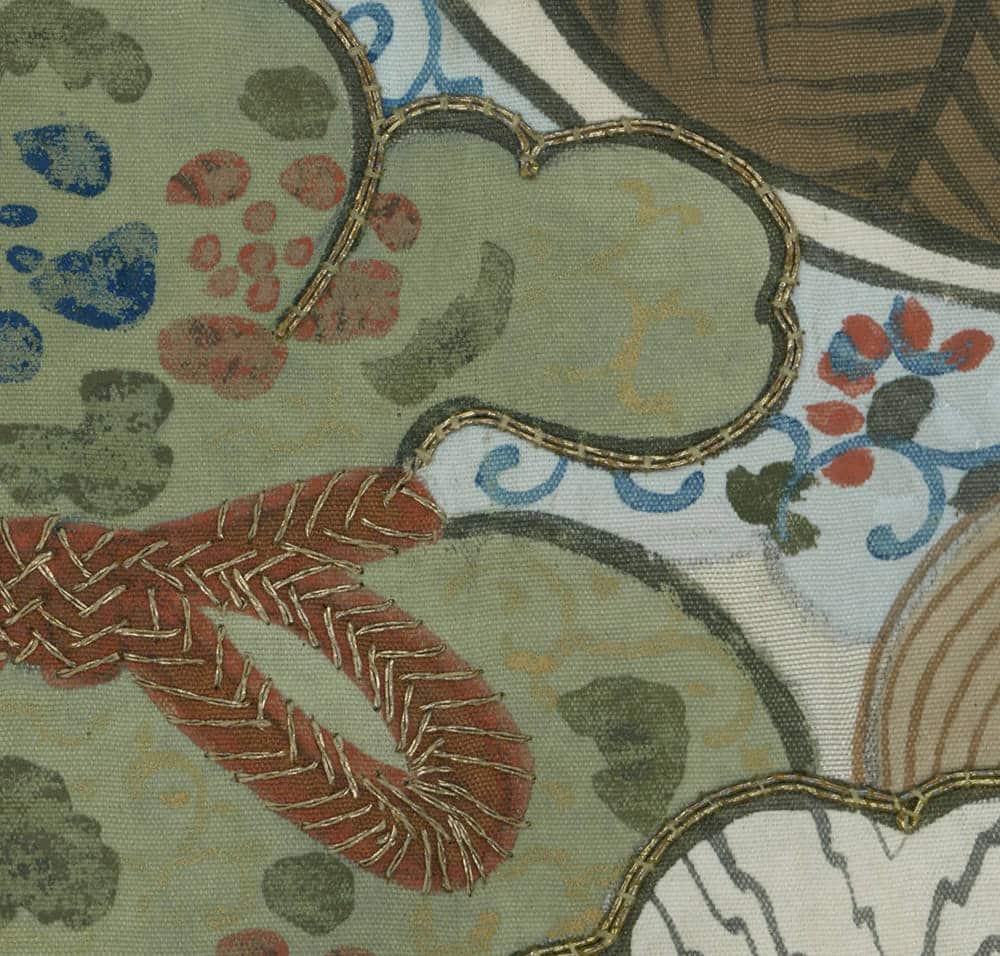 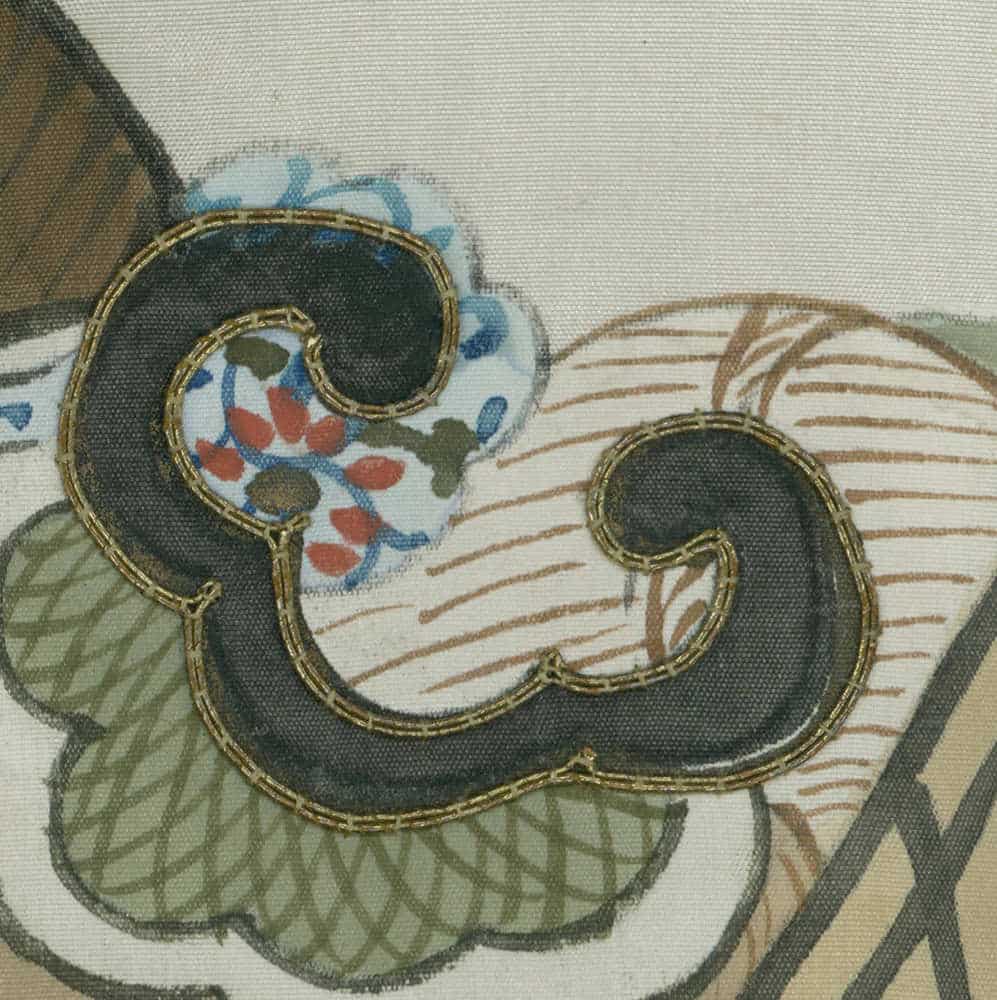 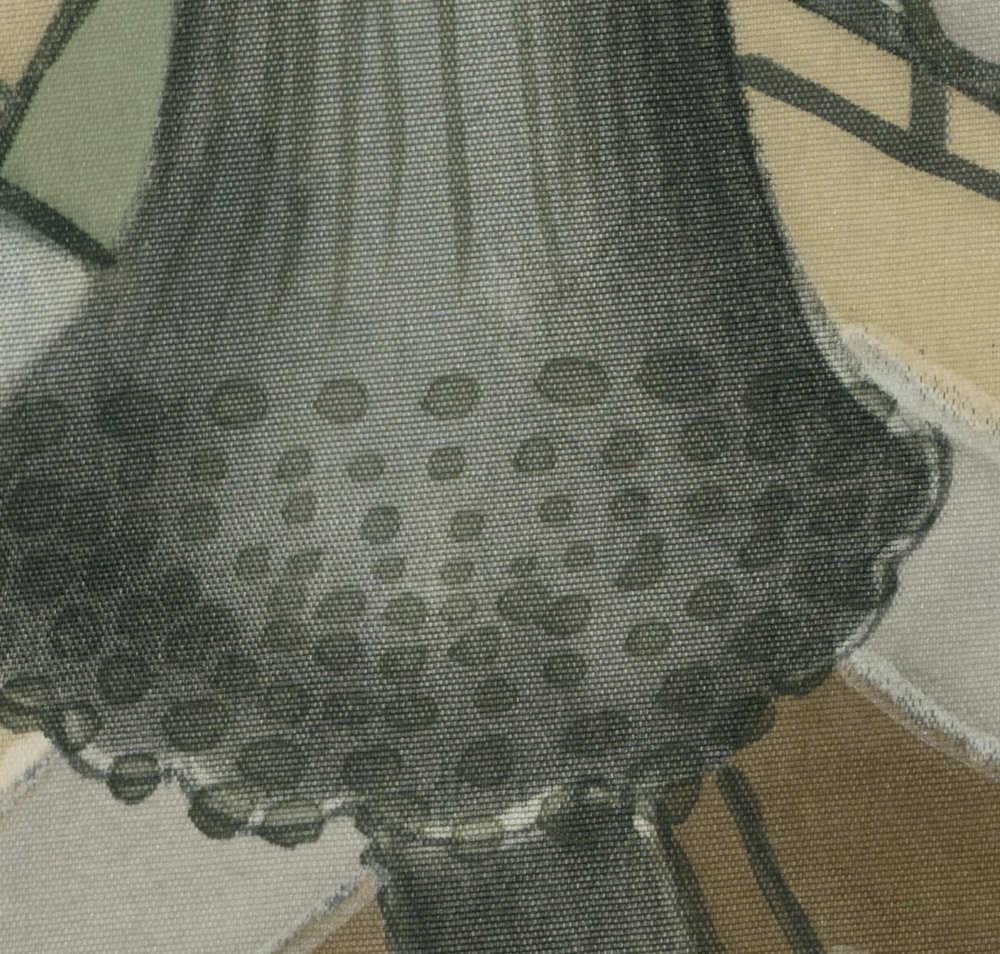 A boy's silk antique kimono originally worn for a Shinto coming-of-age ceremony. This garment features a 'takarabune' ('treasure ship') created with yuzen-painting and embroidery highlights. Some light staining on front and back. 39" from sleeve-end to sleeve-end x 42" length. All the items on the ship are treasures associated with the seven gods of good fortune, including the key to the gods' storehouse, the god Daikoku's hammer, bails of hay, sacred jewels on the sail, an inexhaustible money bag, and a hat that makes the wearer invisible. According to legend, the takarabune sails into port on New Years Eve to dispense gifts of happiness and luck to believers. Children receive red envelopes emblazoned with the takarabune and containing money on New Year's Eve and many people sleep with a depiction of the seven Gods and the takarabune under their pillow at New Year in order to ensure prosperity and good dreams for the coming months. If the bearer has nightmares, the picture should be set adrift in the river or sea to neutralize the bad luck. The ship is always depicted at full sail, laden with food and treasures, and prints of it usually include an auspicious palindromic poem: "During the endless night, half sleeping, half waking, I hear sounds of a ship sailing over the wave crests --Oh, I know it is bringing good fortune!"