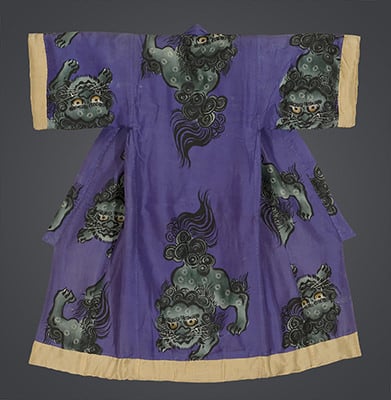 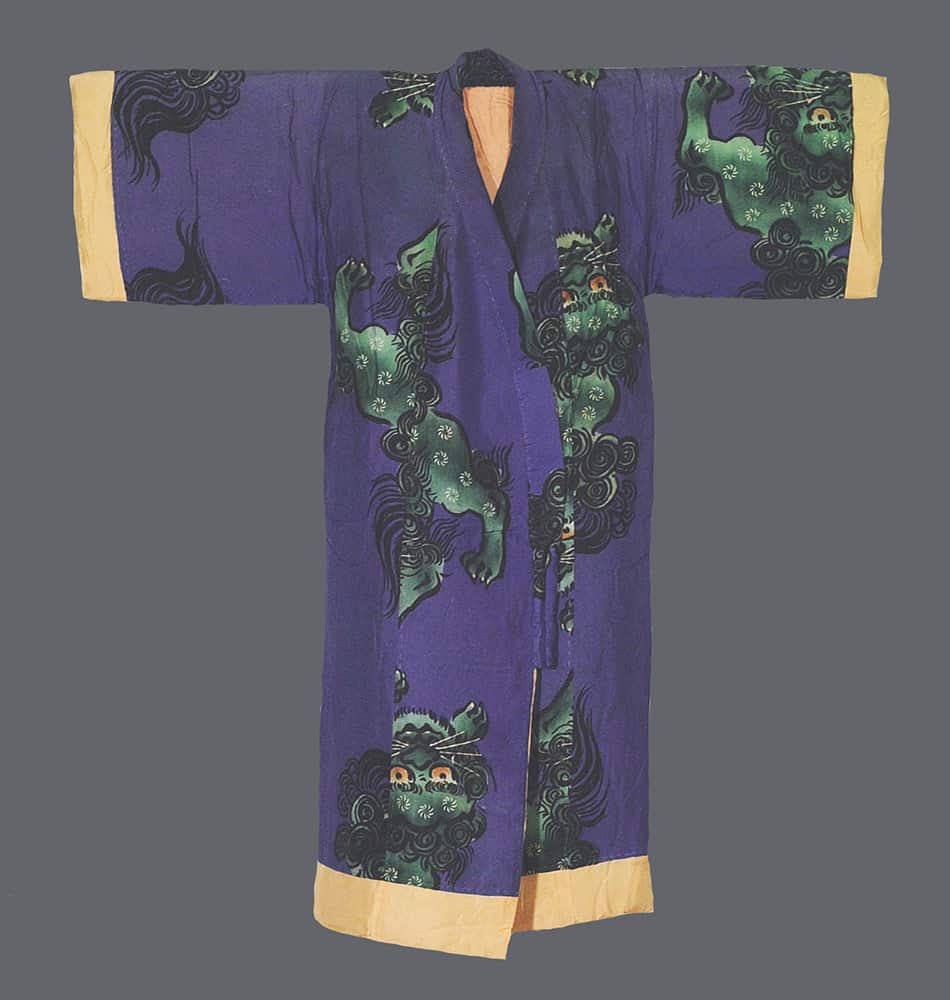 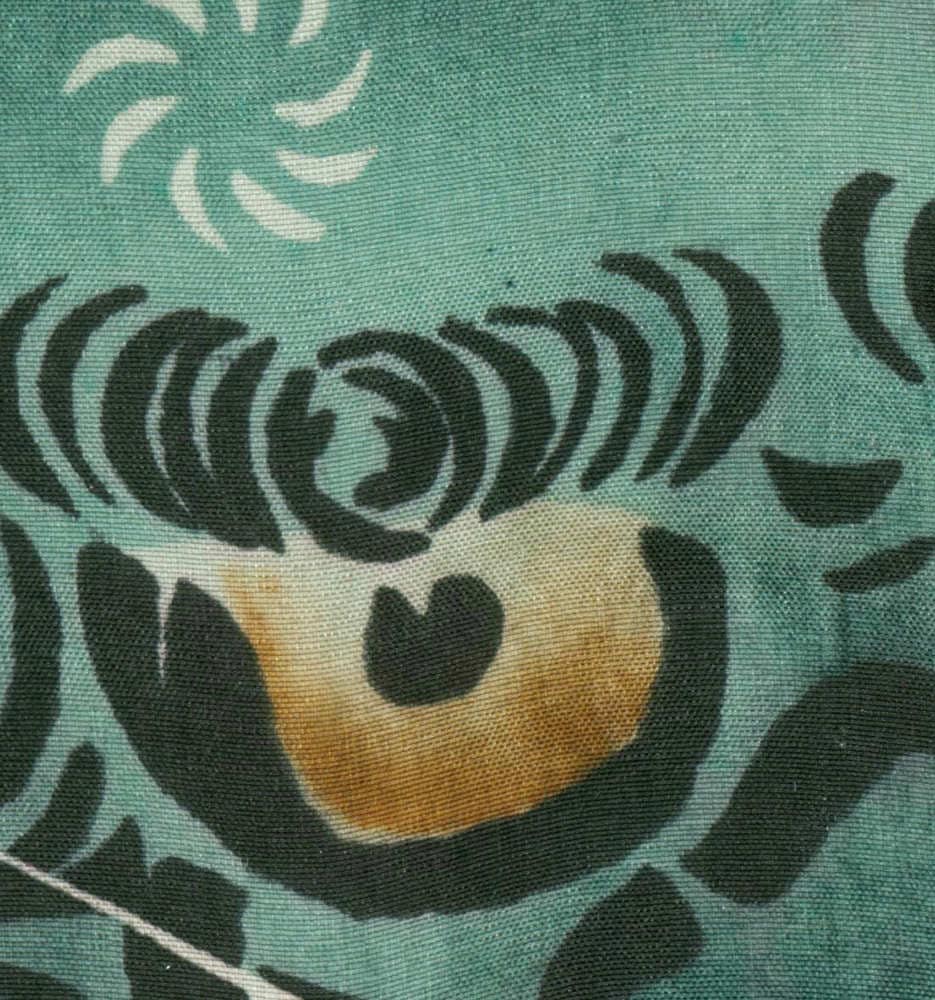 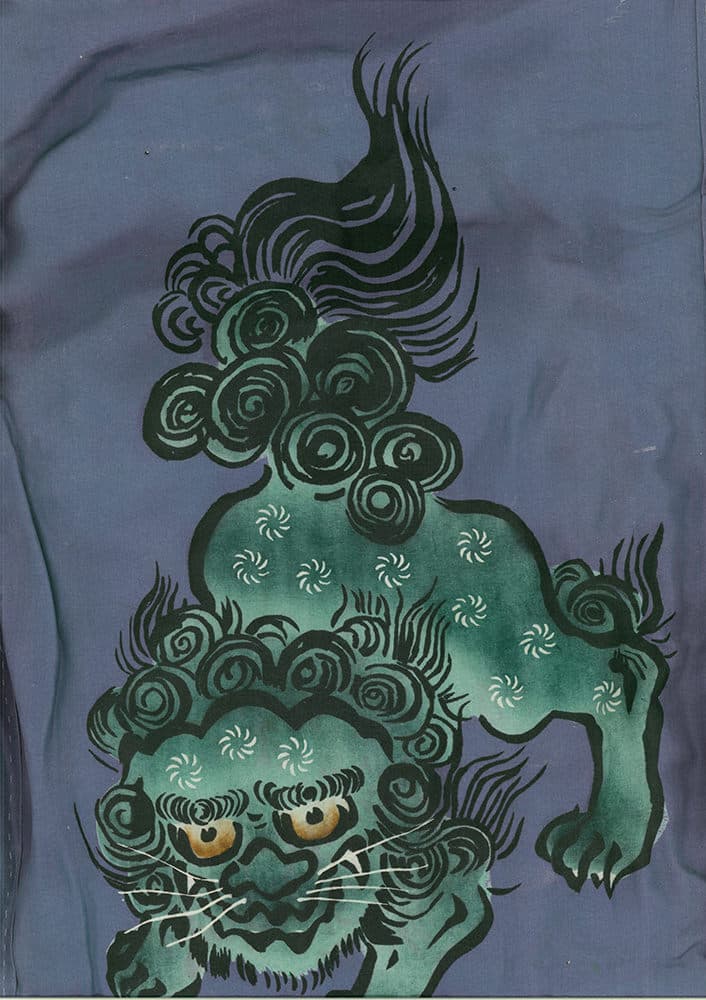 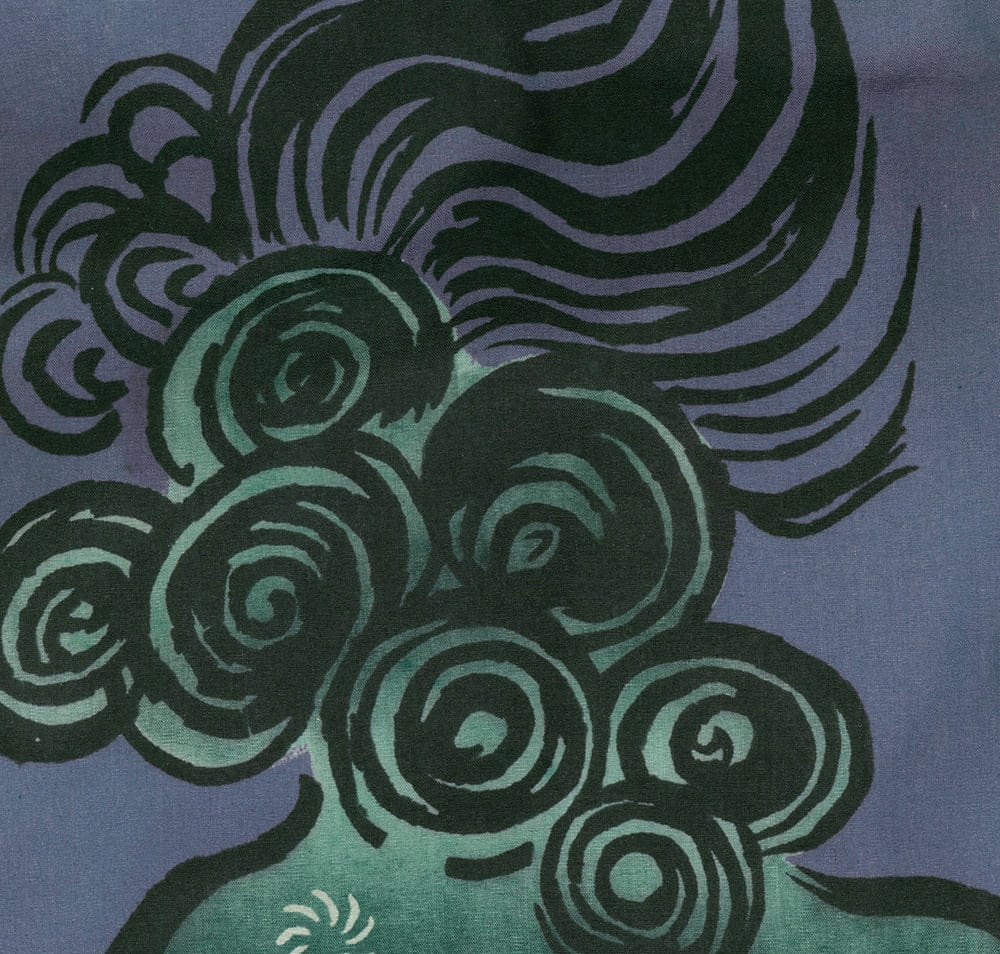 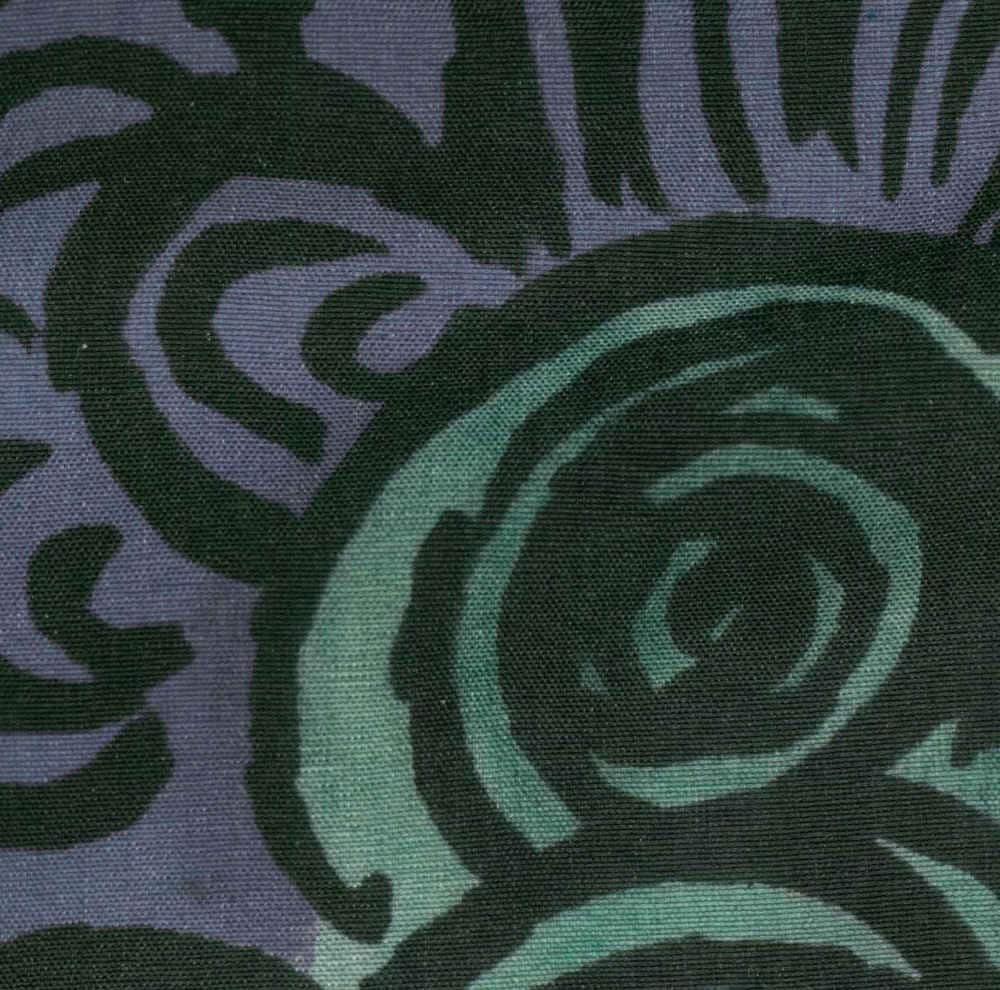 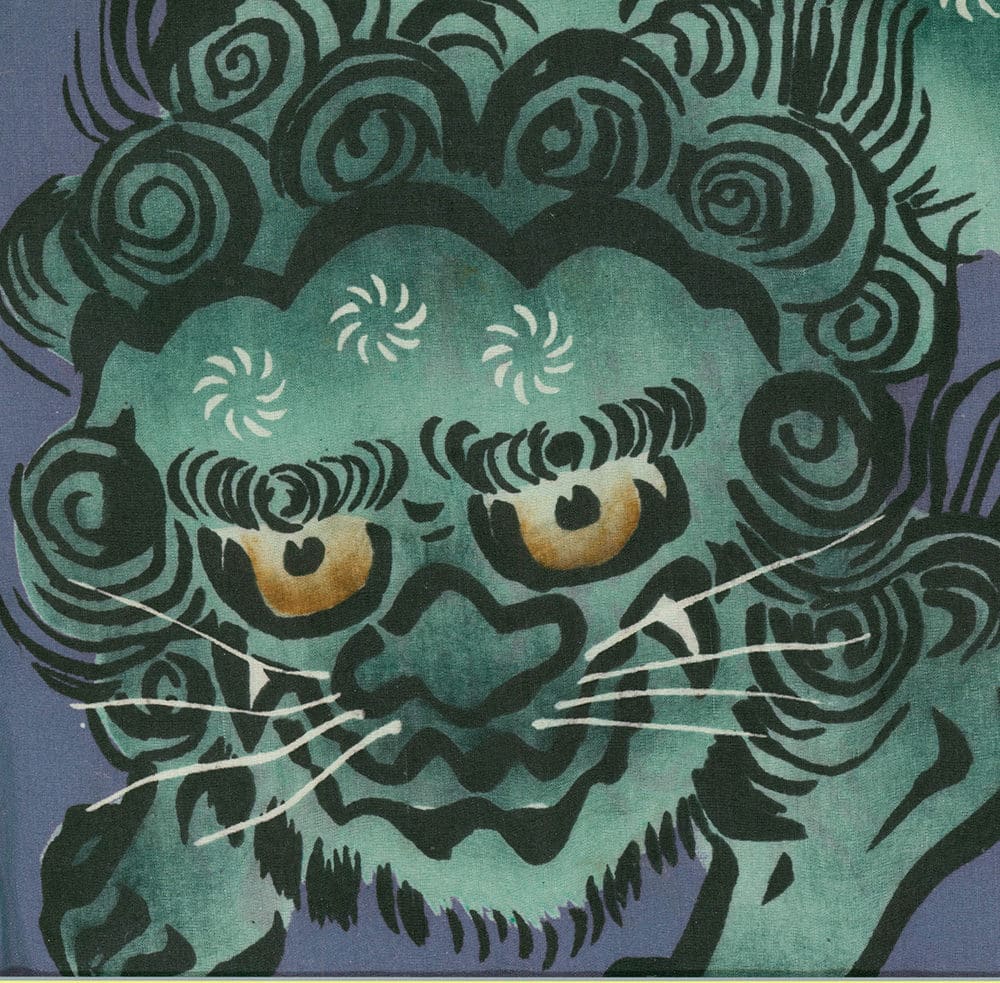 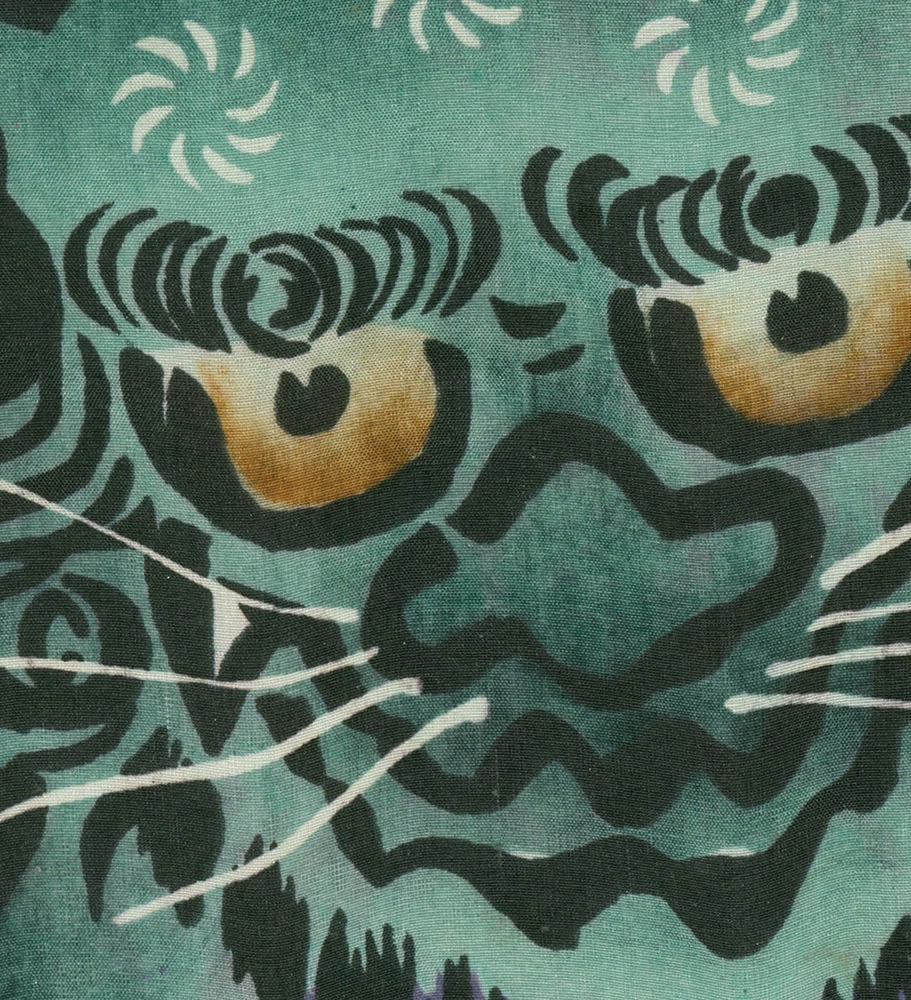 A small padded silk boys ceremonial kimono featuring large 'shishi' motifs. Good condition, with some dark staining on the upper front. 33" from sleeve-end to sleeve-end x 34" height. The design layout of this kimono, including the colors used, are unusual, with striking results. Japanese shishi (mythological lions) guard the entrance to Buddhist temples and Shinto shrines. Shishi are fierce looking creatures, with flowing manes and barrel chests and they adopt a powerful stance as they await approaching visitors. The mythology surrounding the creature underscores their strong, steadfast nature. Legend has it that shishi throw each cub over a cliff to test its vitality and toughness. Thus the parents who commissioned the creation of this ceremonial winter kimono wish their son to have the same positive attributes as the strong and steadfast shishi.