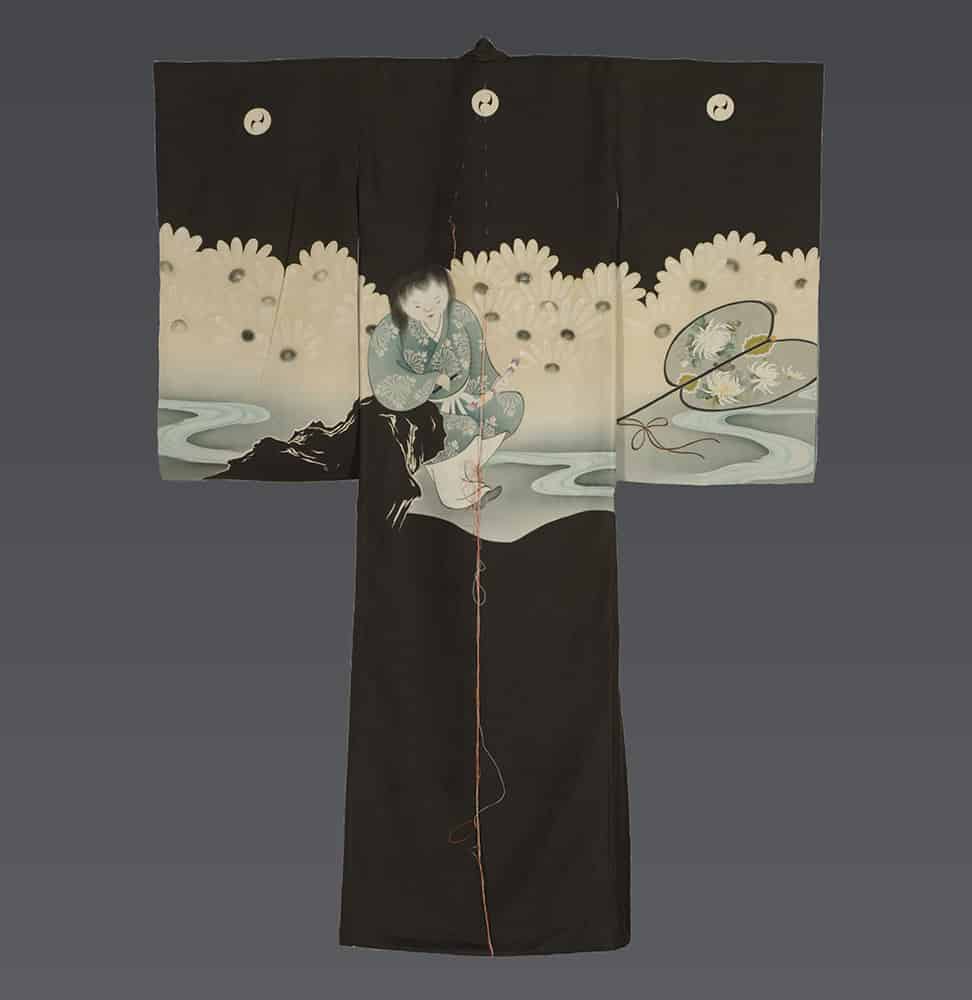 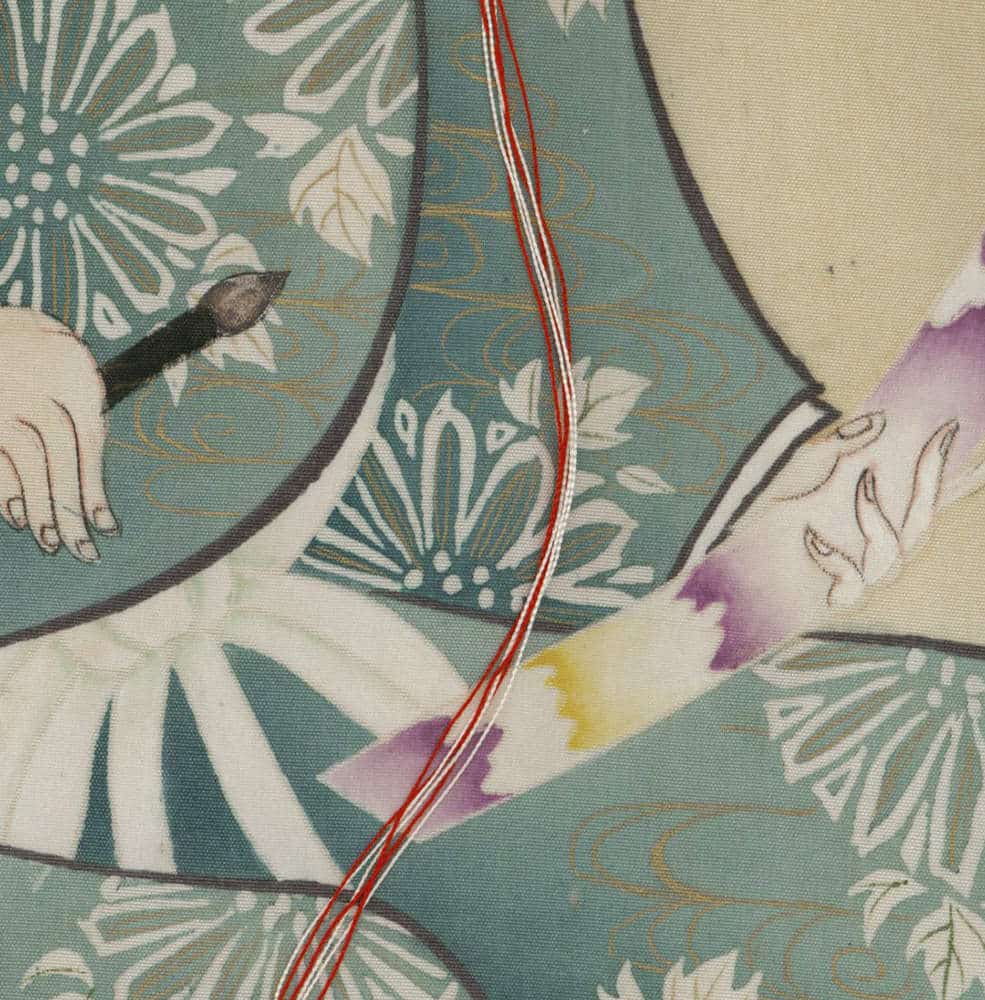 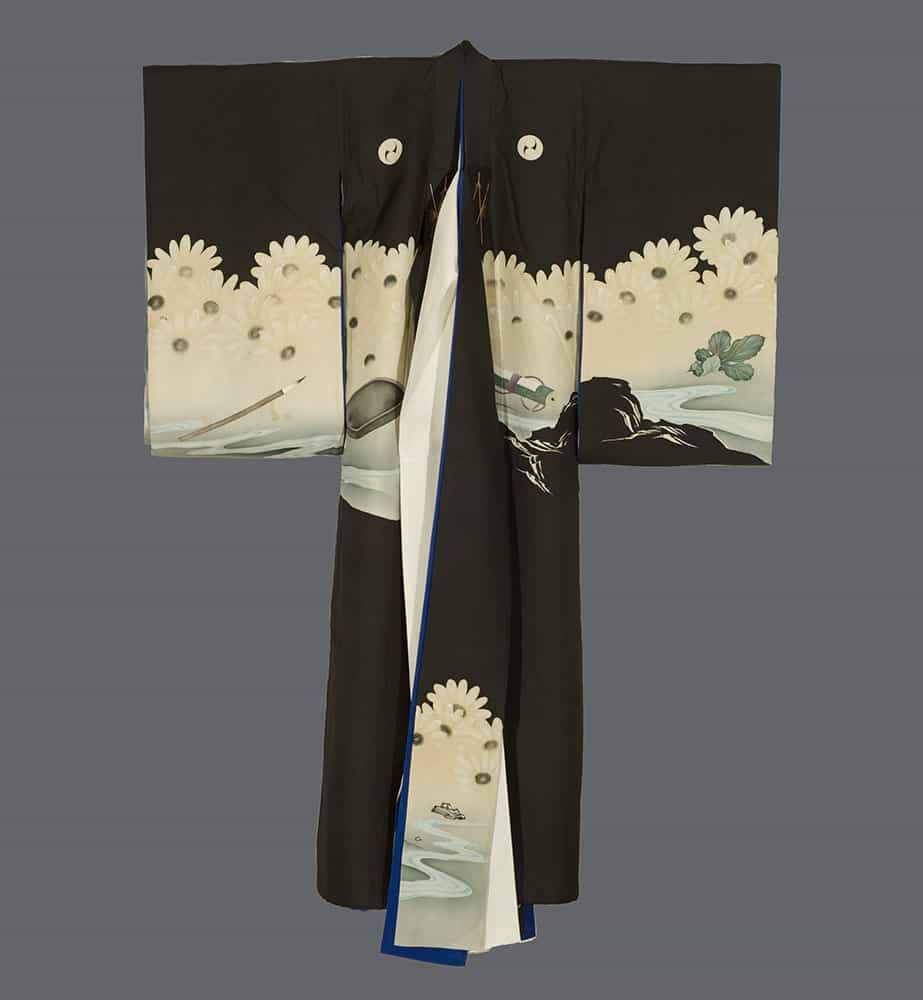 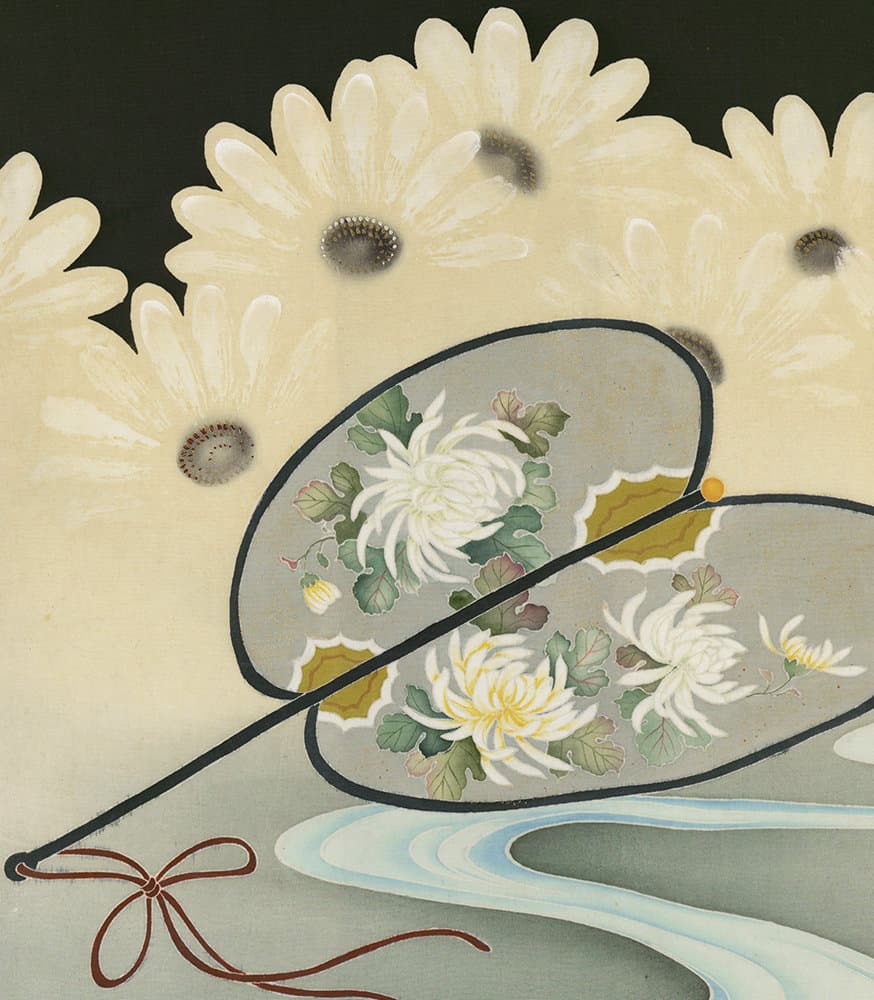 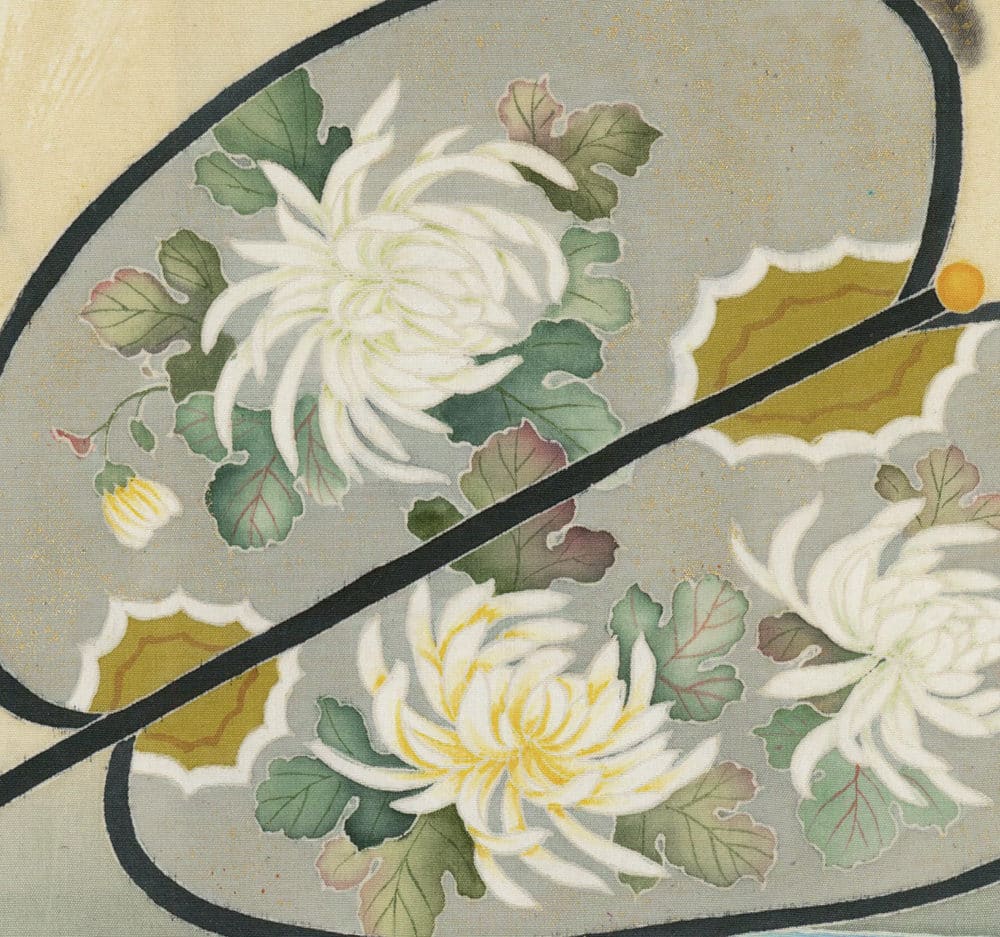 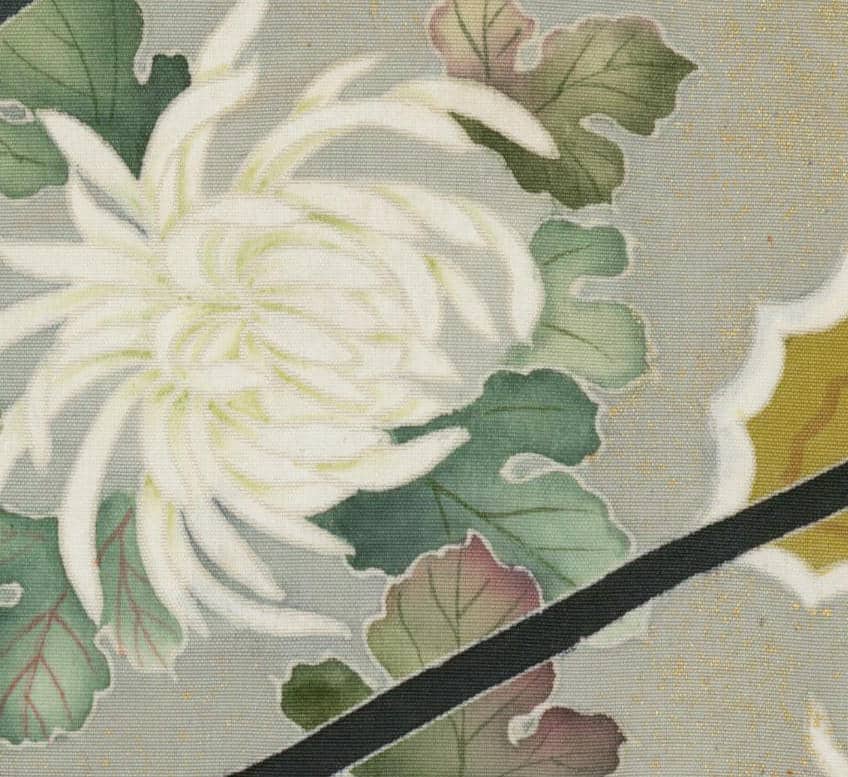 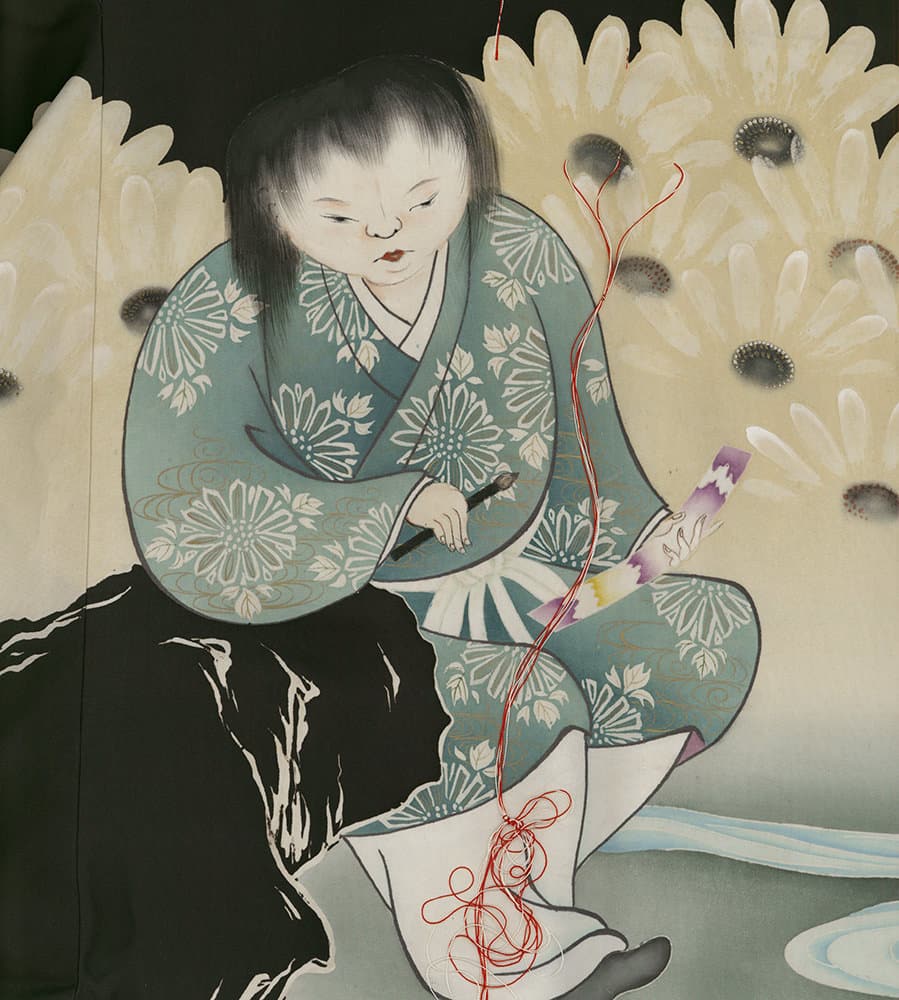 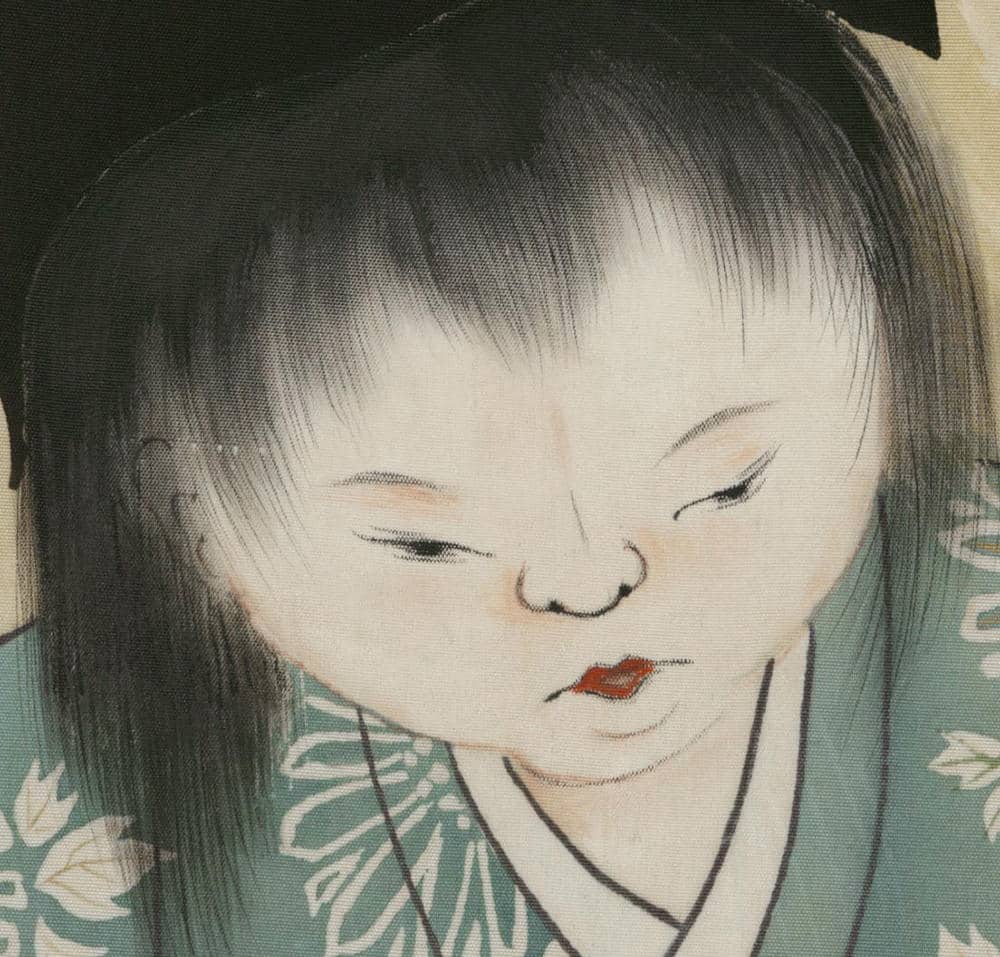 A boy's plain silk miyamairi kimono created for a ceremonial Shinto shrine blessing. The motif is Kikijido, accomplished utilizing yuzen and freehand painting, sagara embroidery and metallic thread embroidery. This is a relatively large miyamairi, and has three inner kimonos, so four altogether - quite a heavy set when together. 35" from sleeve-end to sleeve-end x 45" height. "The legend of Kikujido hearkens back to the rule of the Chinese emperor Mu in theZhou dynasty(c 950 B.C.). A young boy attendant Kikujido (meaningChrysanthemum-boy in the Japanese adaptation of the legend) was highly favoredby the emperor for his devoted service. This favoritism engendered jealousy fromthe emperor's consort and other attendants.One version of the legend maintains that on one day Kikujido accidentally steppedon the pillow on which the emperor was resting. The jealous attendants saw thisindiscretion as an opportunity to dismiss Kikujido from the emperor's service andhave him banished. The emperor, wanting to maintain discipline, went along withthe harsh treatment. Feeling remorseful as Kikujido was leaving, the emperor taught him sacred words given by the Buddha Himself. Banished to a beautiful valley abundant with chrysanthemums, Kikujido spent his time communing with nature and repeating the sacred words. He also passed time writing the sacred words on chrysanthemum leaves and setting them afloat in the stream flowing through the valley. These leaves eventually floated out of the magic valley into populated areas. In time, because of his devotion and purity, Kikujido became immortal and the inscribed leaves became a source of peace for whomever picked them out of the stream." Text by Jim Kelso