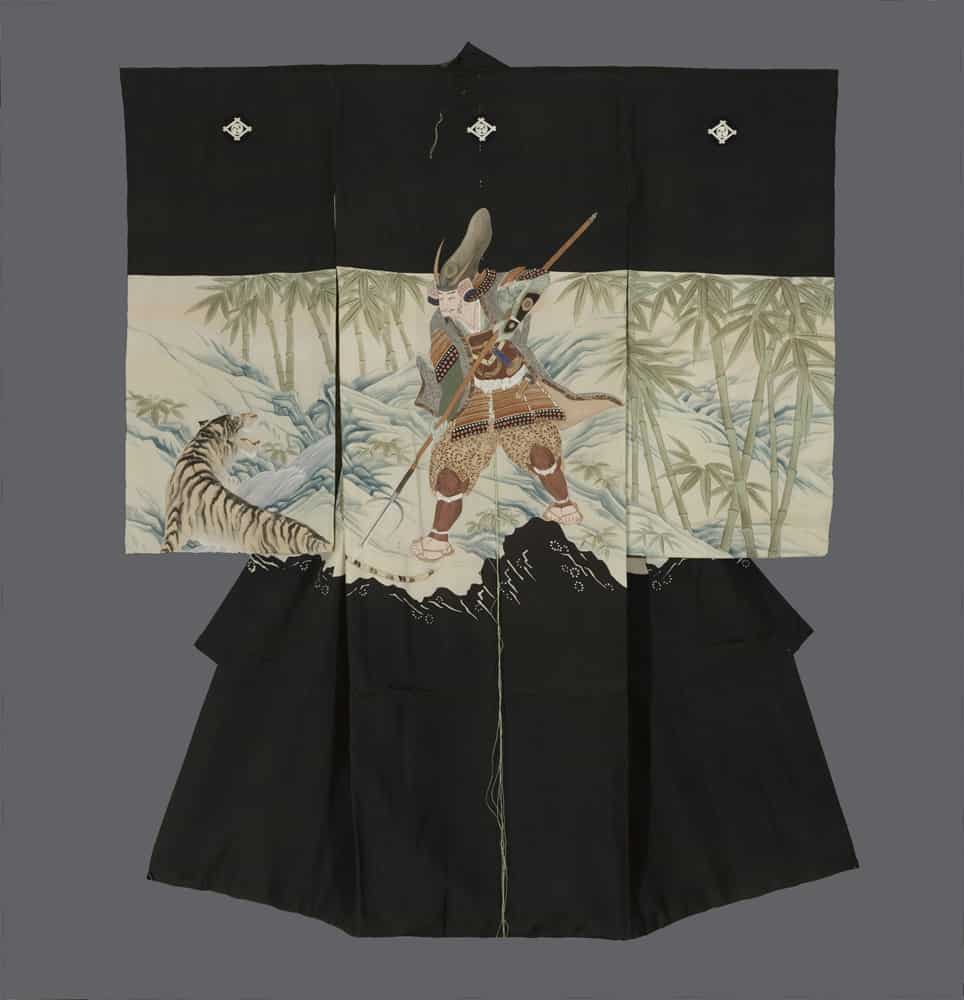 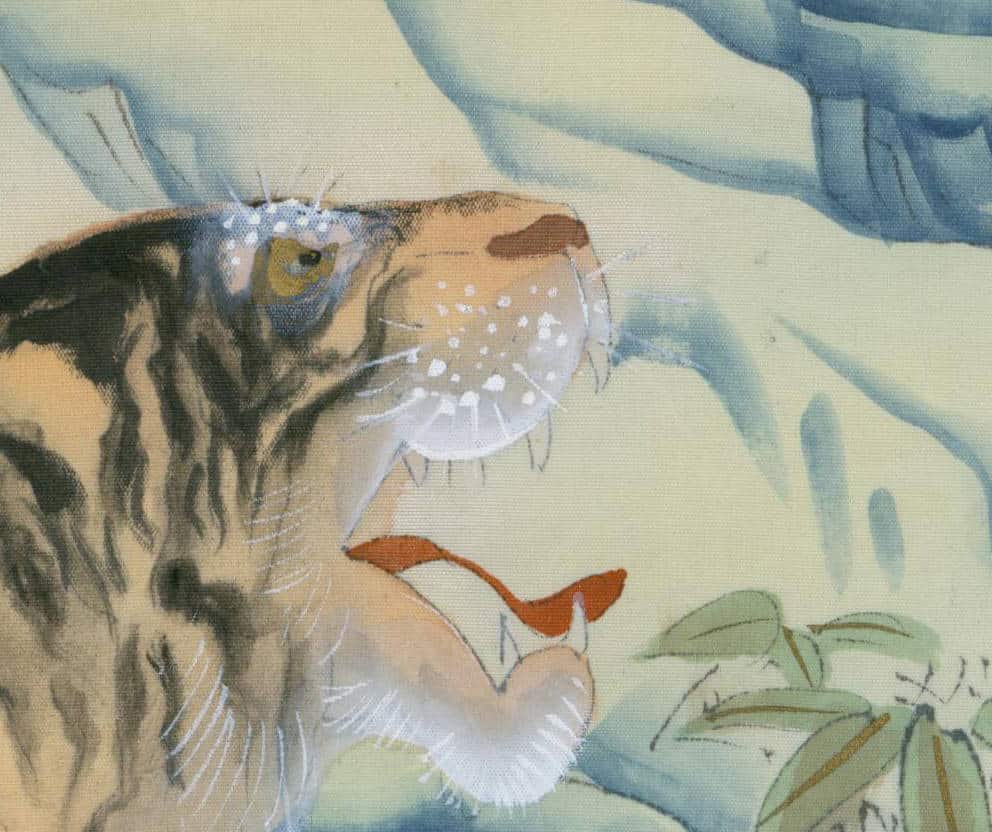 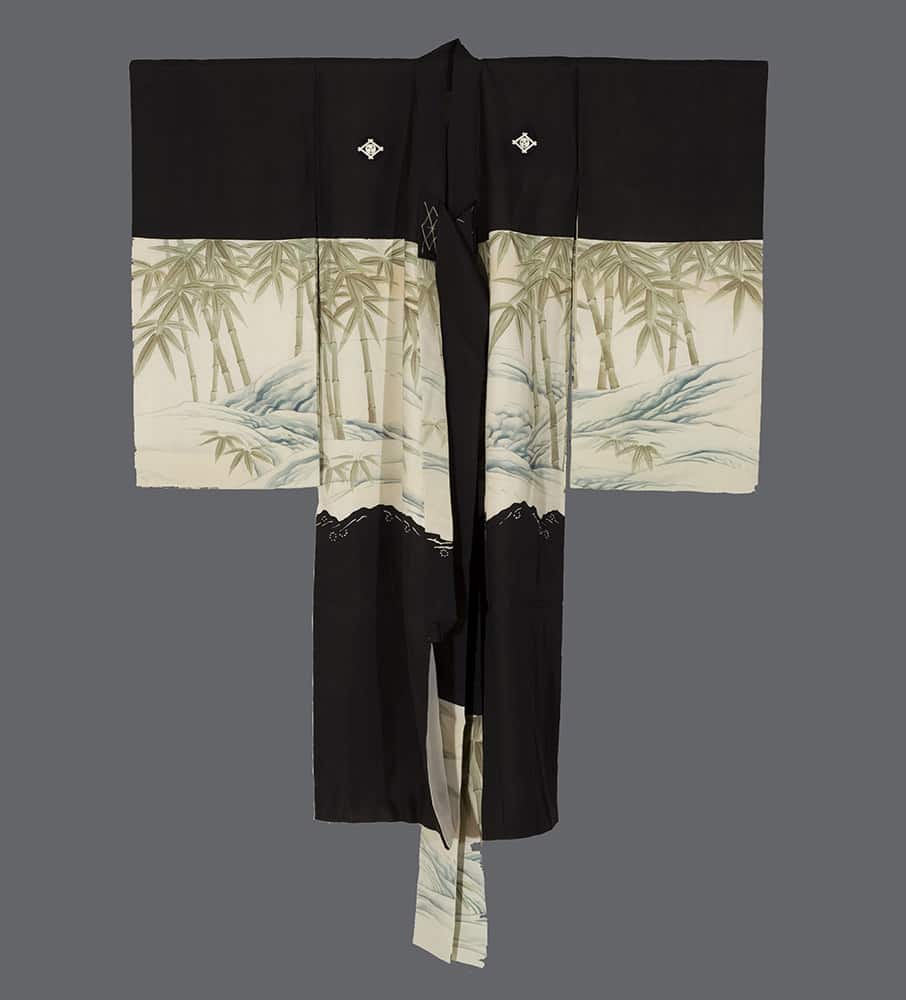 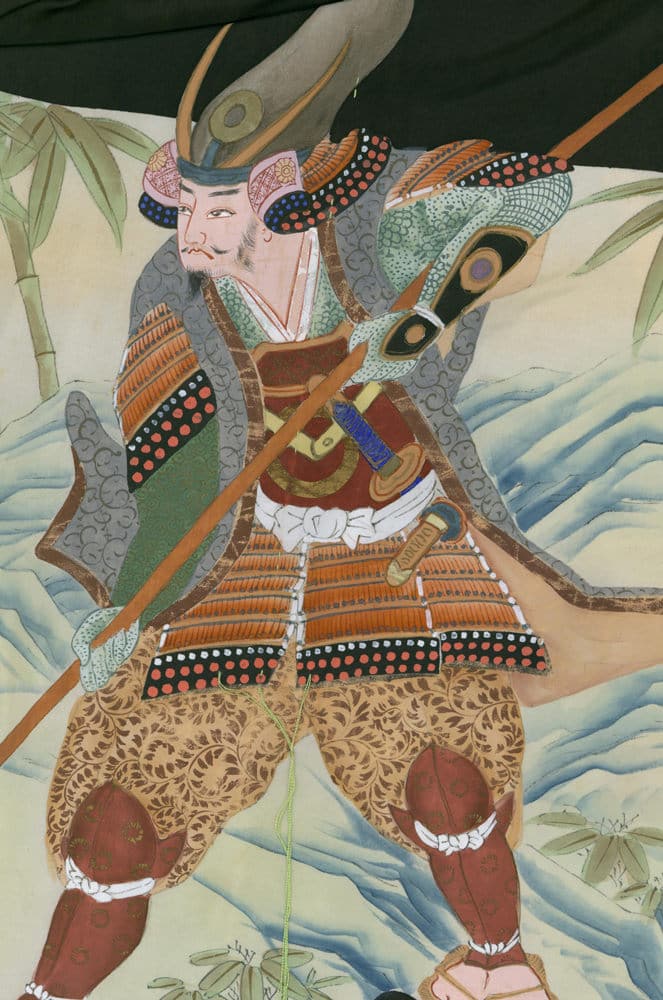 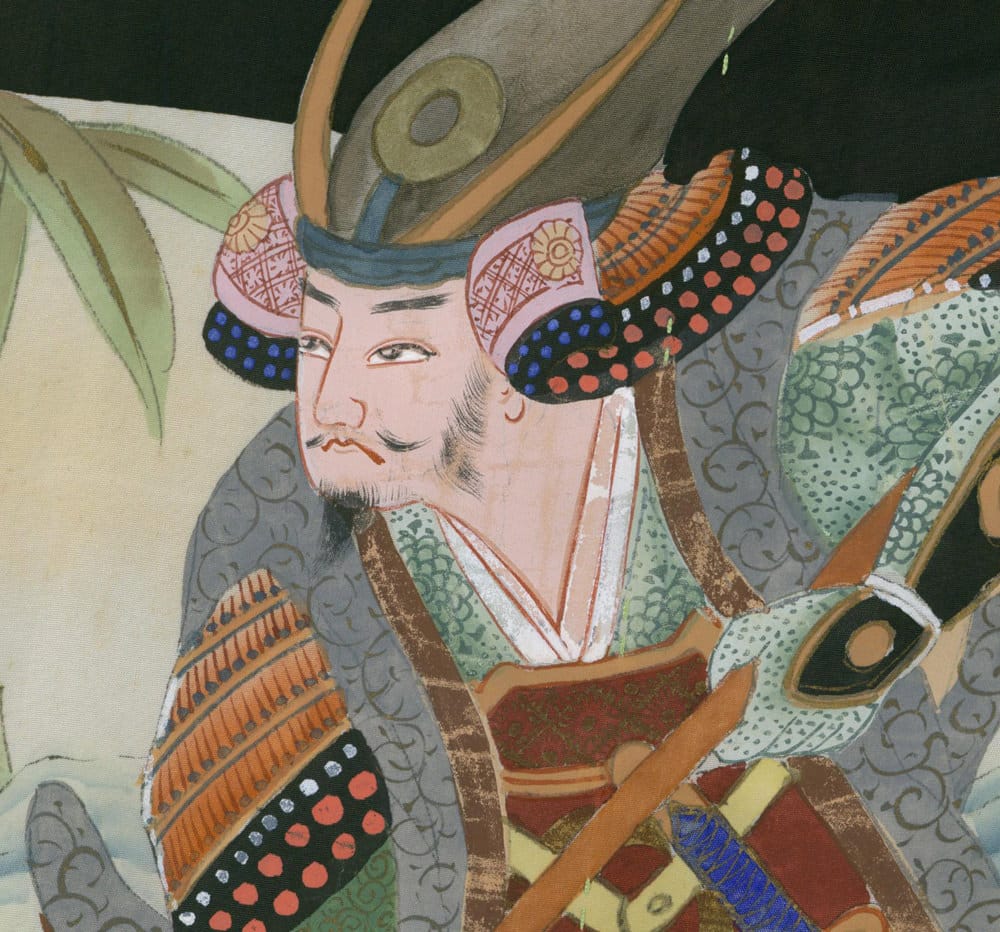 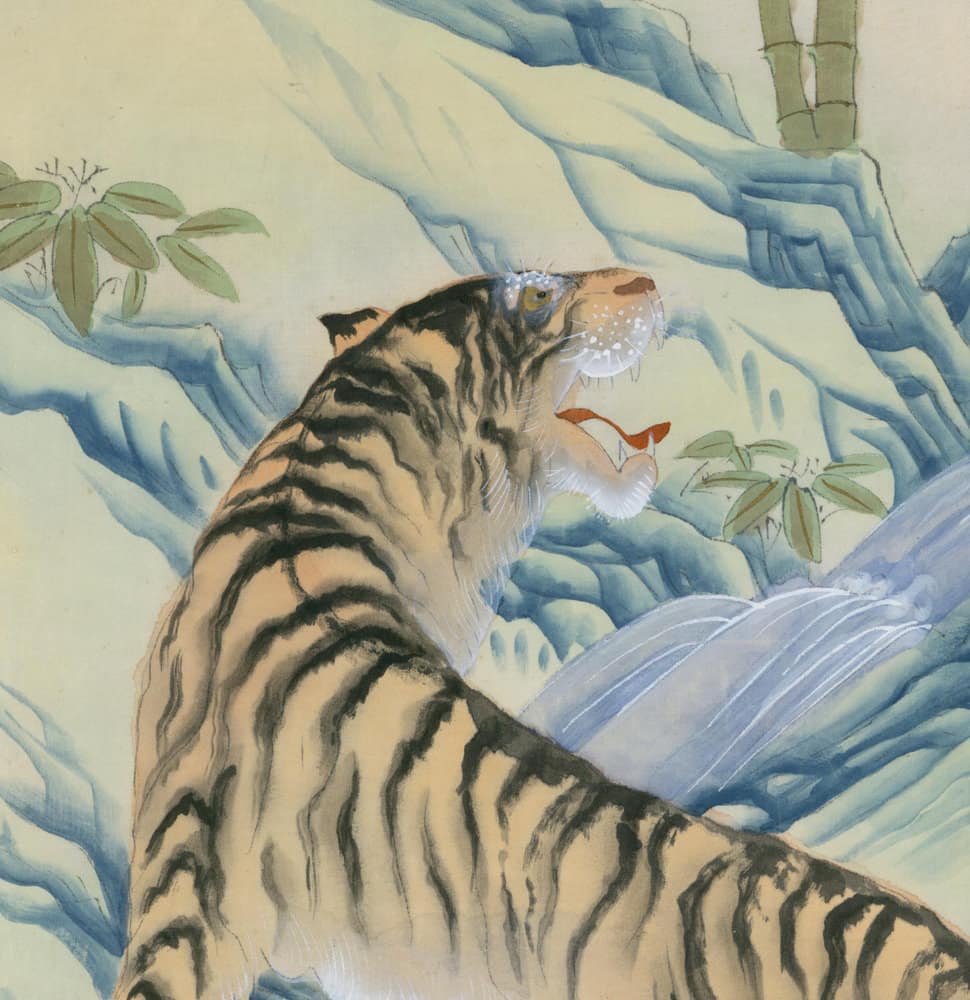 A plain silk miyamairi kimono created for a ceremonial Shinto shrine blessing. The back of the garment features Kashiwade no Hanoshi fighting a tiger. Yuzen and freehandpainting. Note: the old family crests (mon) have been covered up during the second half of the 20th century by applique crests. 33" from sleeve-end to sleeve-end x 40" height. This kimono features the rare theme of the brave fully-dressed samurai Kashiwade no Hanoshi fighting a tiger. Kashiwade no Hanoshi was a 6th century Japanese warrior who was sent to Korea as an envoy. Once there, legend has it that a tiger devours his daughter, necessitating a confrontation with the tiger culprit in a bamboo grove. After a fierce fight involving both bravery and honour, the samurai is victorious. During the period 1830 through 1850, this legend was depicted on several woodblock prints, including one by the great artist Utagawa Kuniyoshi.