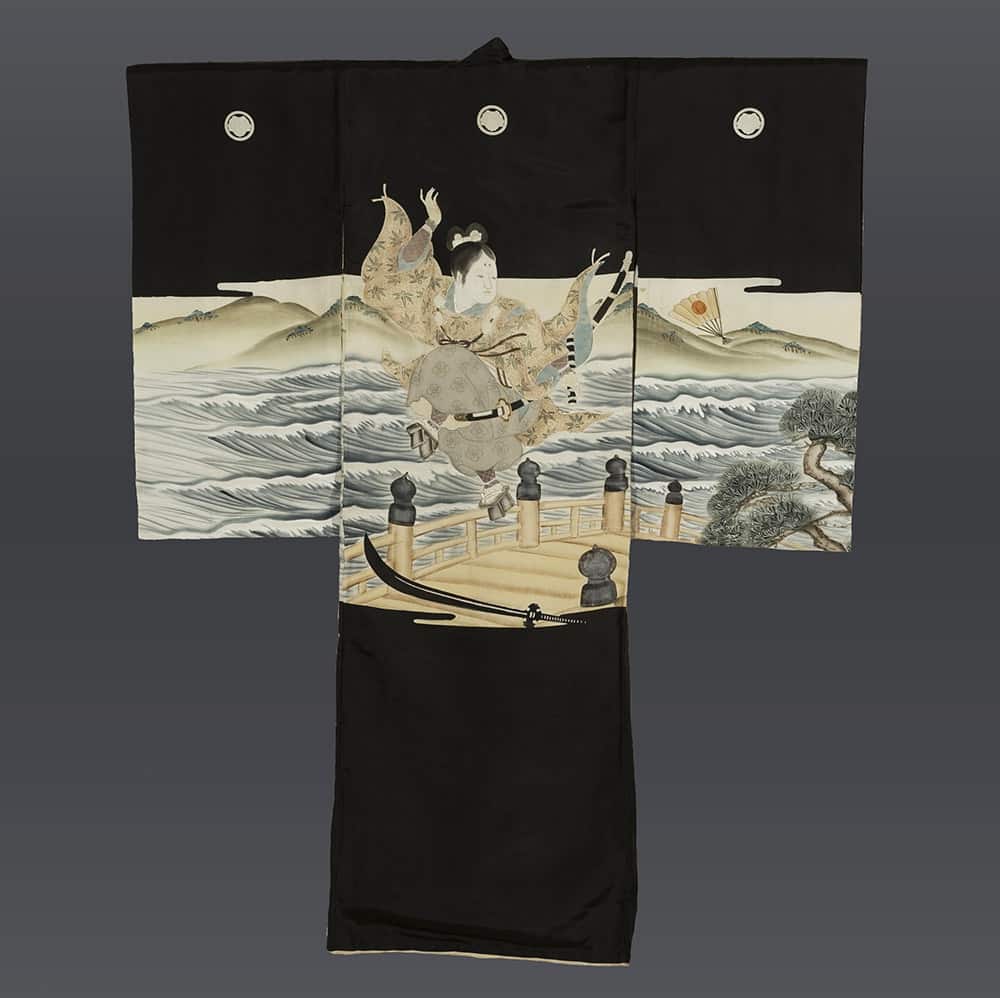 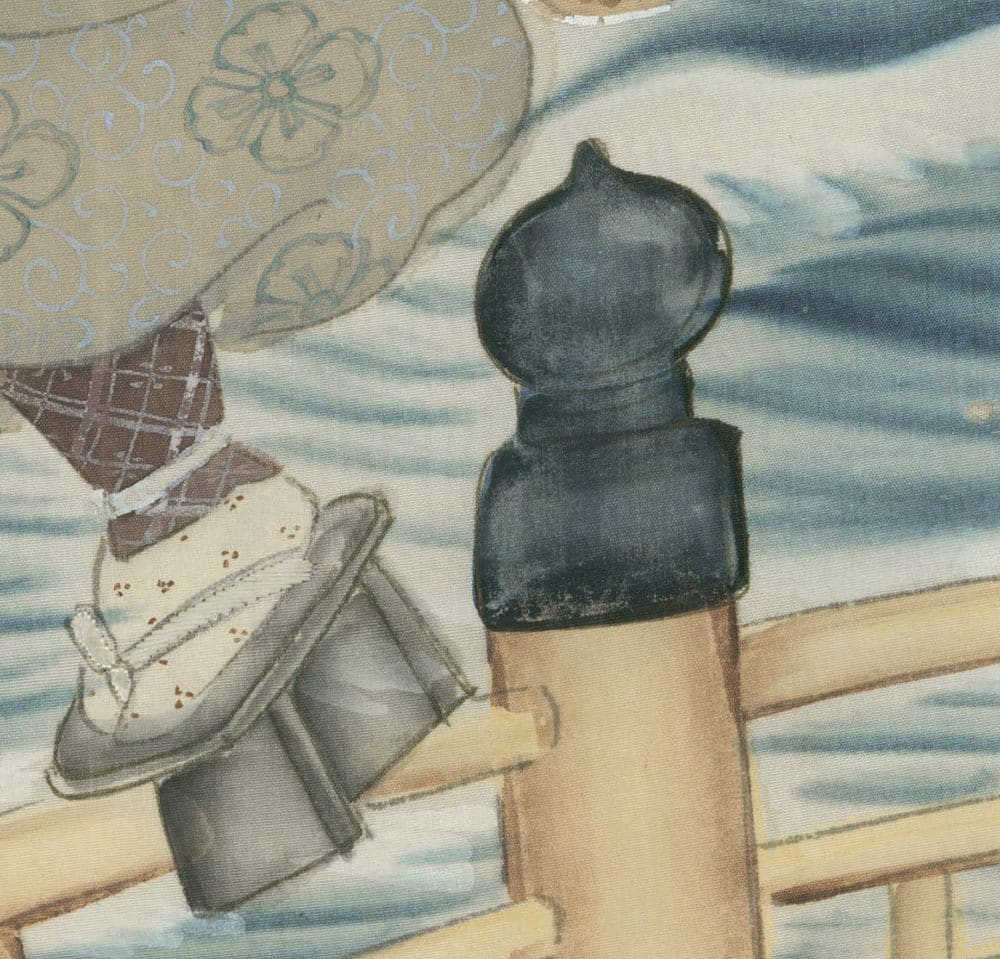 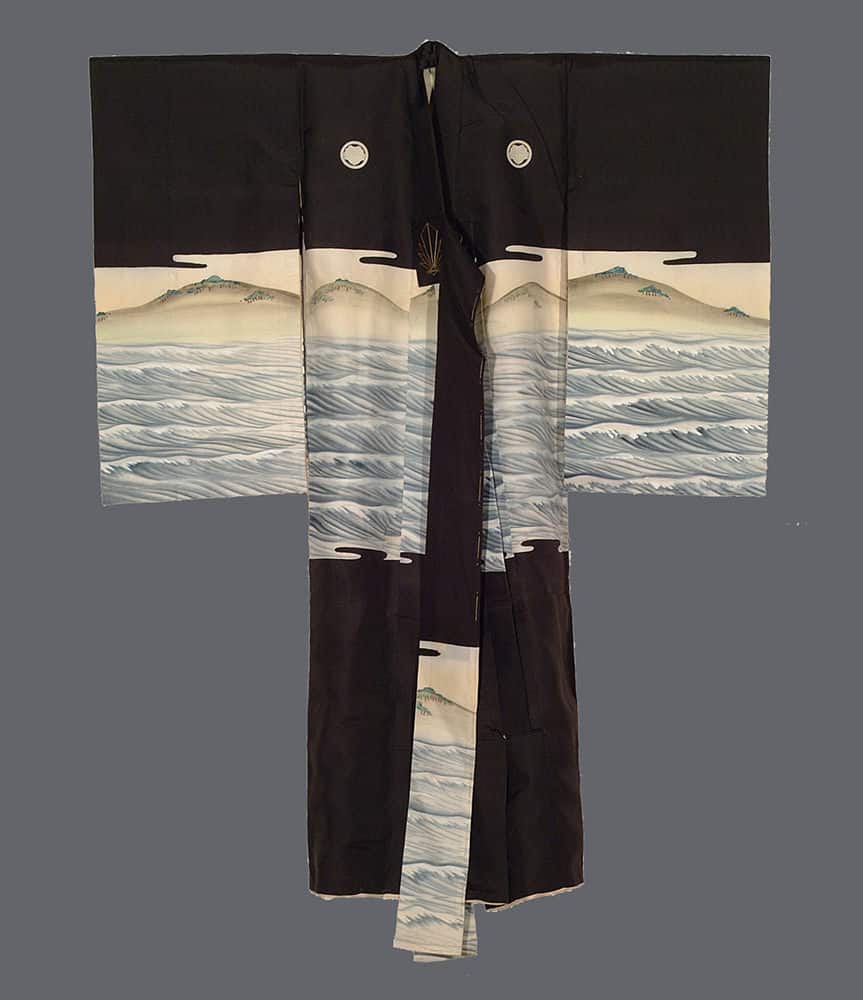 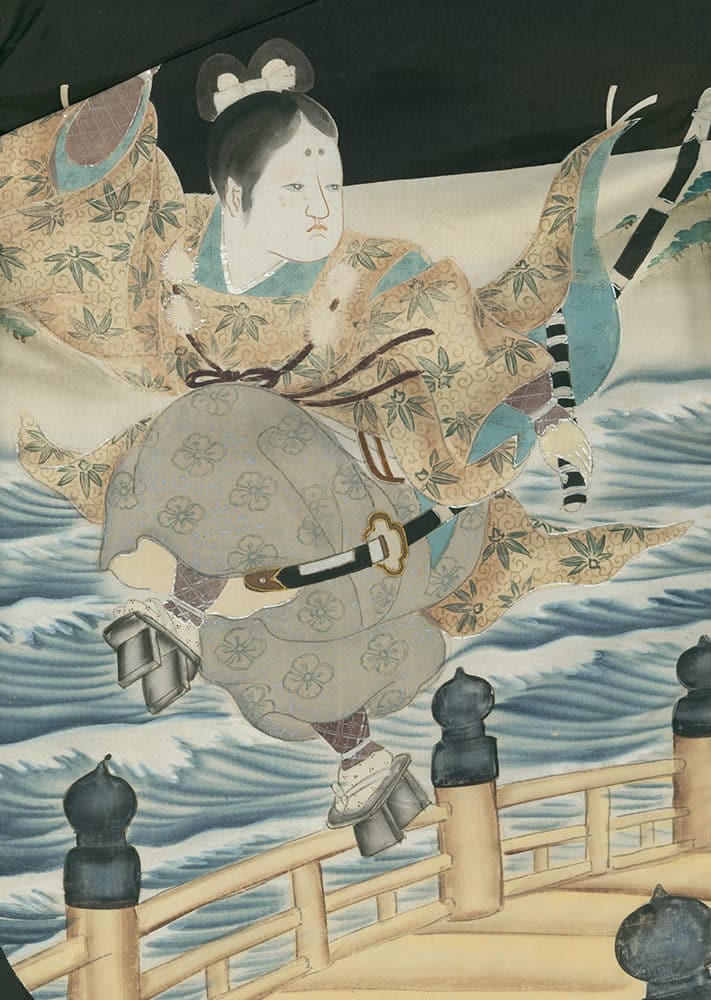 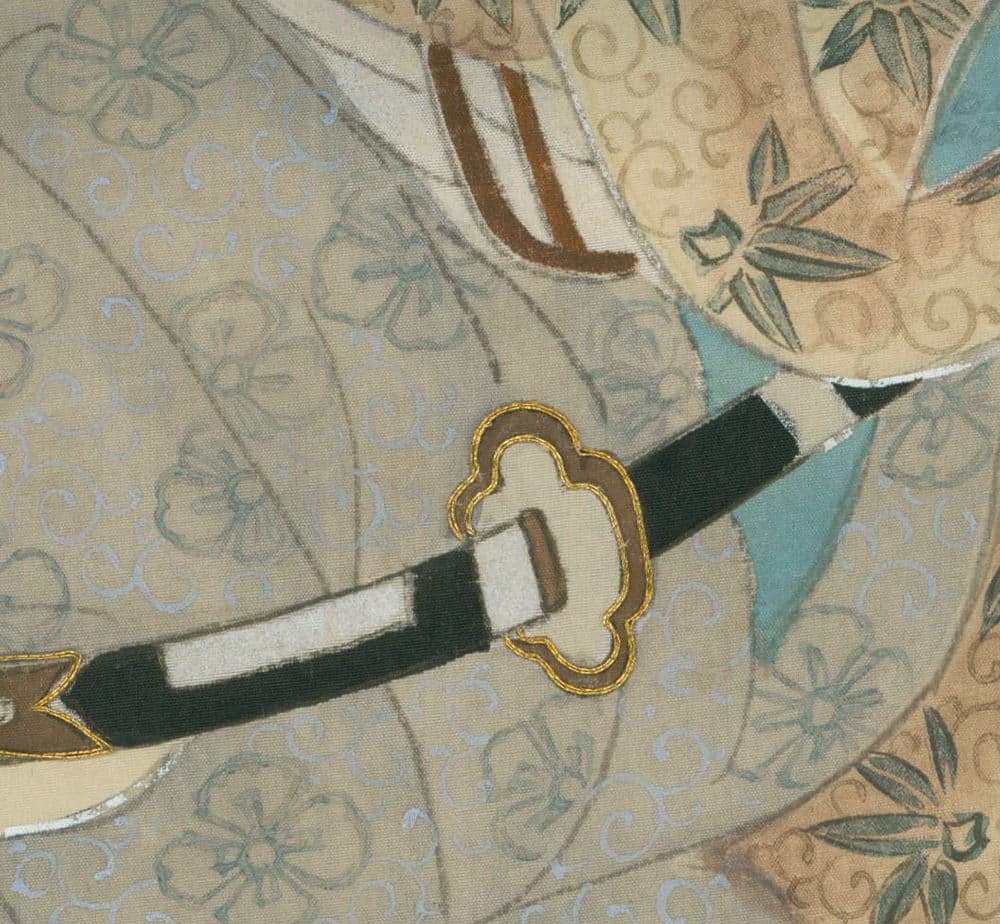 A plain silk miyamairi kimono used for christening a baby boy at a Shinto ceremony, featuring yuzen-painting and freehand painting depictions of the famous folktale battle scene of Gojo Bridge. Several small areas of slight foxing (some can be seen in the adjoining detail images), and inner lining staining. 32" from sleeve-end to sleeve-end x 39" height. The Gojo Bridge folktale painted on this kimono involves two beloved historical figures that have been turned into legends. The first of the two historical figures was Benkei, a Japanese warrior monk (sohei) who left the Buddhist monastery and became a 'yamabushi', a member of a sect of mountain ascetics who were recognisable by their black caps. The second figure is Minamoto no Yoshitsune, a son of the warlord Minamoto no Yoshitomo. As depicted on this kimono, Benkei posted himself at Goj? Bridge in Kyoto, where he disarmed every passing swordsman, eventually collecting 999 swords. On his 1000th duel, Benkei was defeated by Minamoto no Yoshitsune -- thereafter, he became a retainer of Yoshitsune. Benkei is painted in detail on this miyamairi kimono, while Minamoto no Yoshitsune is represented merely by a sword -- a clever way to highlight Benkei and simplify the image. This legend is very suitable for a boy's kimono - parents would want their boy to grow up to be as brave and noble as these two famous legends. The painting is very detailed relative to most miyamairi kimonos: the river waves, the bridge, and especially the carefully-rendered bamboo grass and flower motifs on Benkei's kimono and hakama are wonderfully executed.