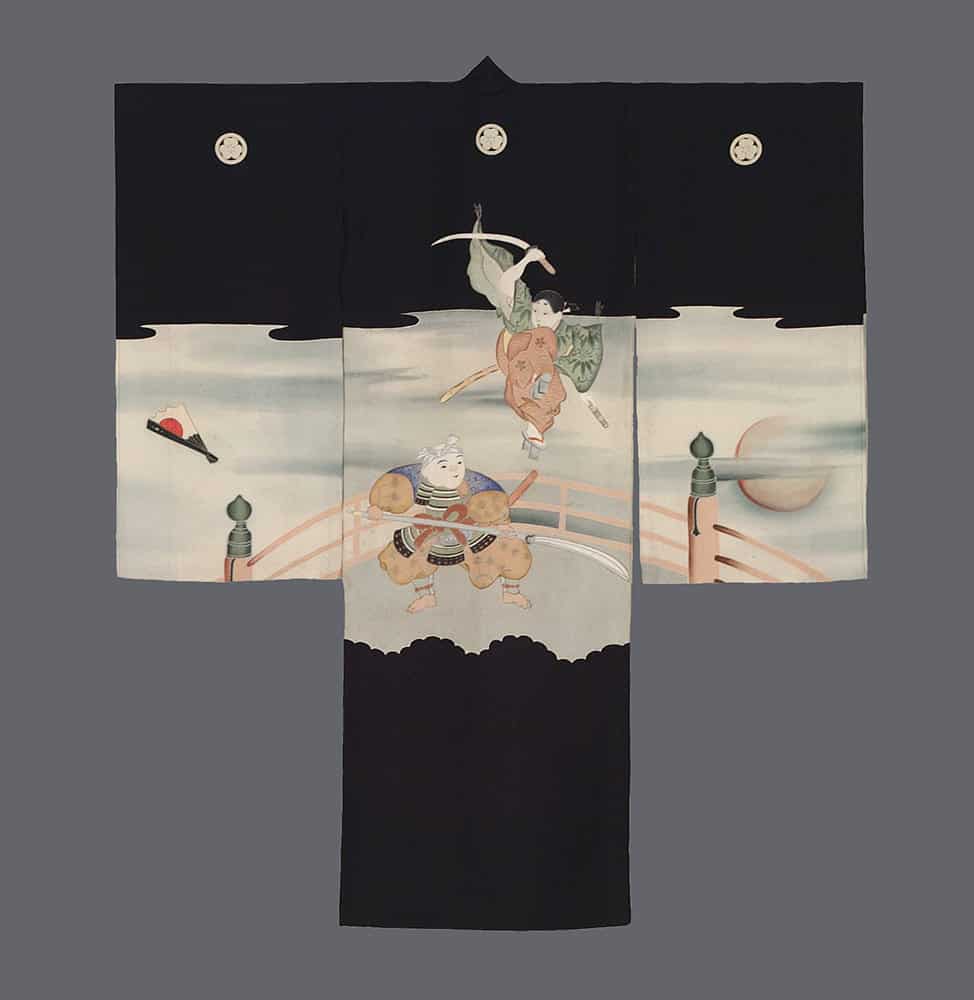 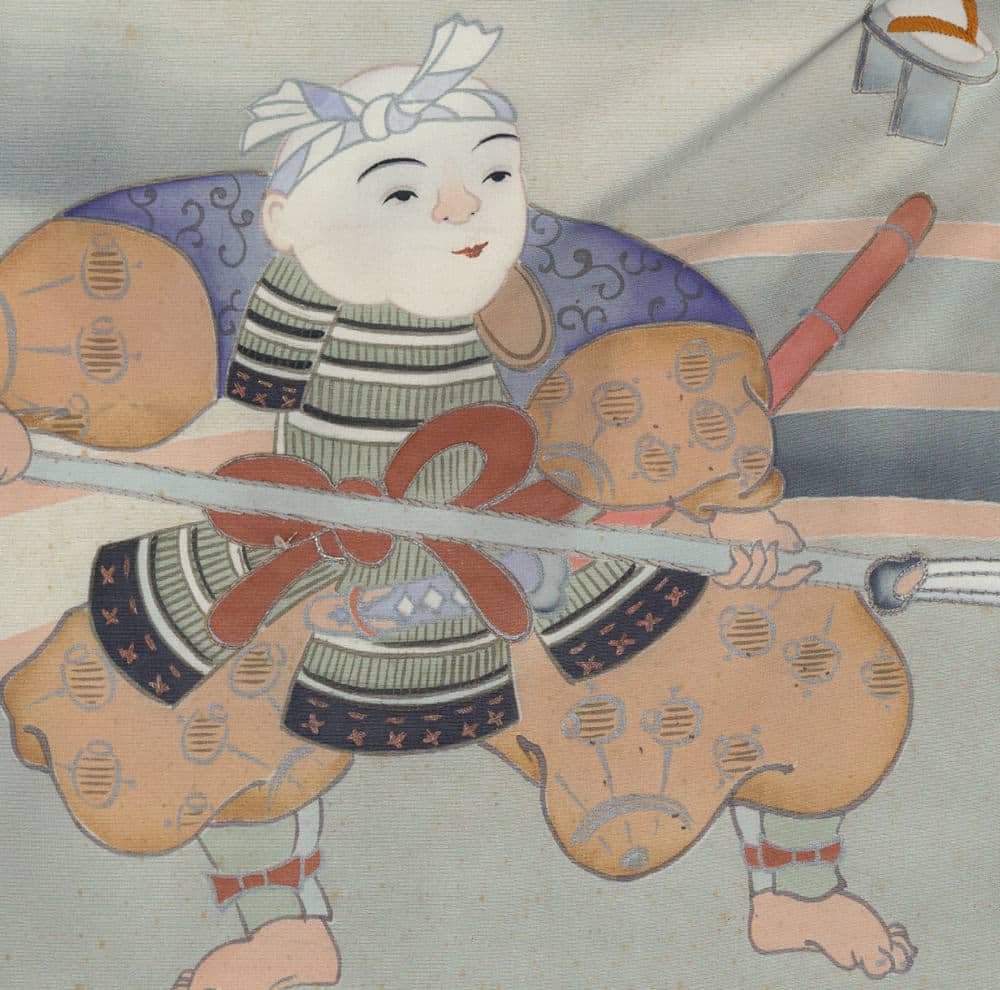 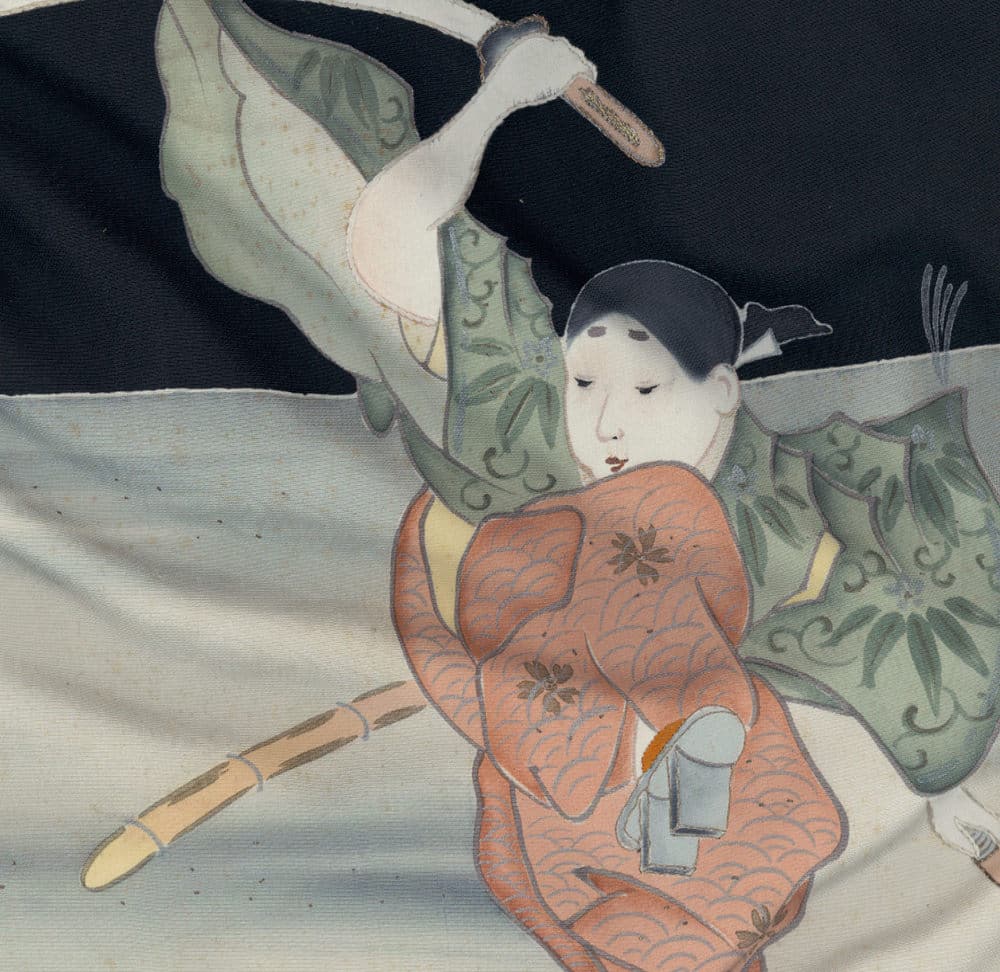 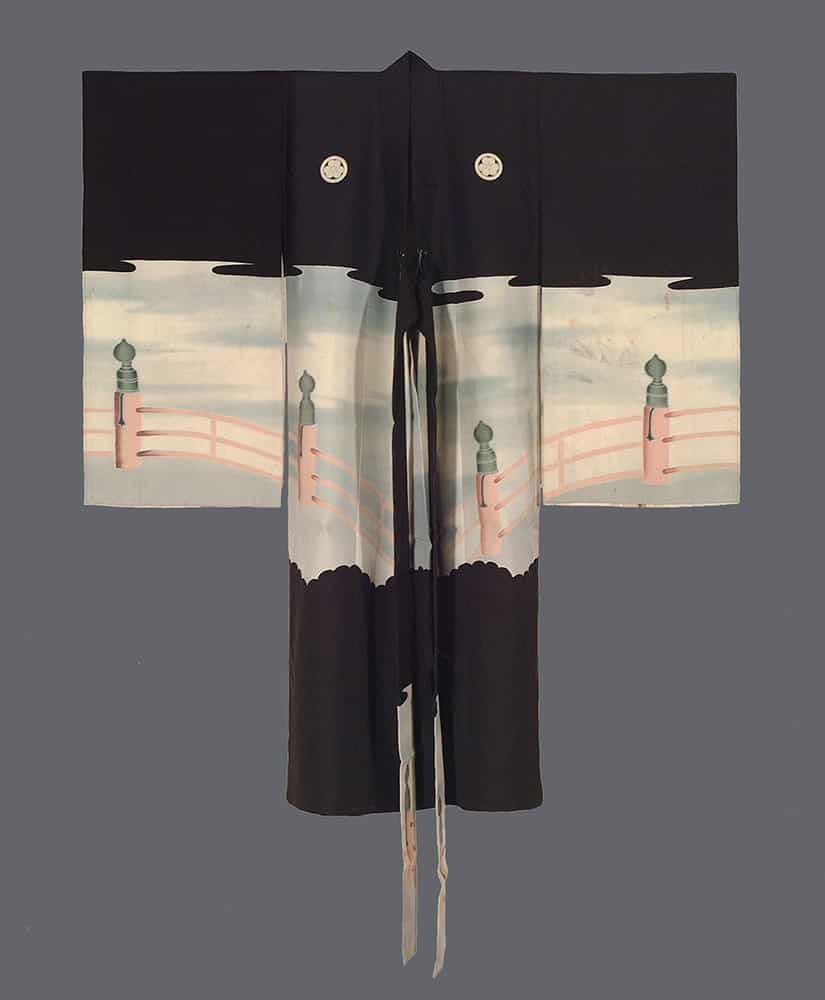 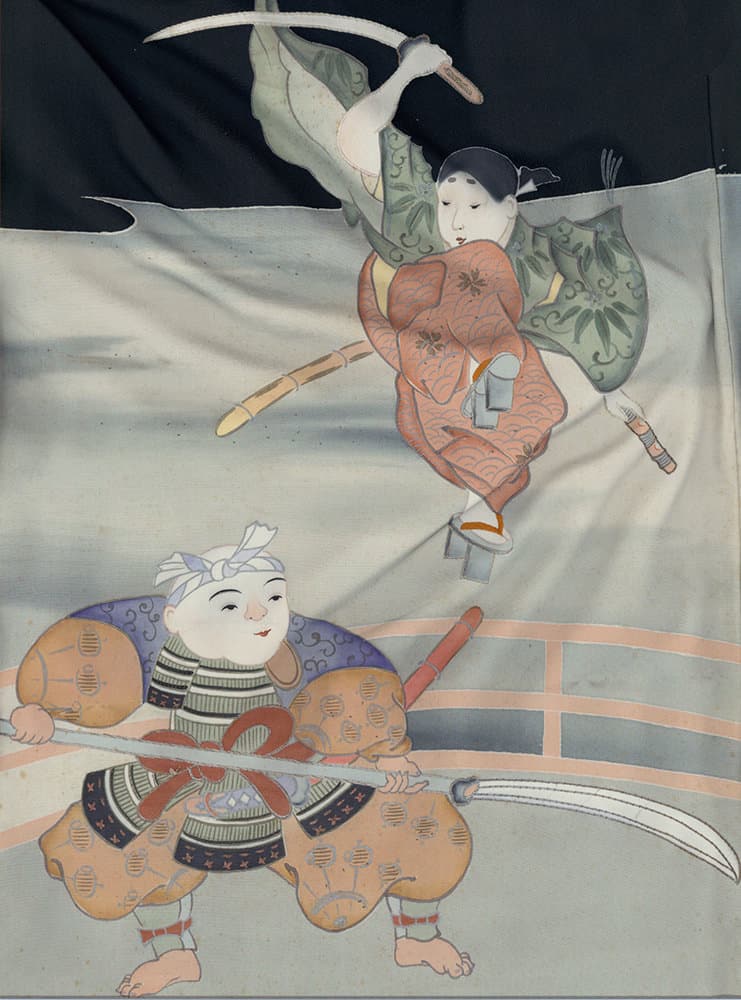 A silk antique miyamairi kimono used for christening a baby boy at a Shinto ceremony. The back of this kimono features a depiction of the famous legendary battle of Benkei and Yoshitsune on the Gojo bridge.  Yuzen-painting, freehand painting, with silk and metallic embroidery highlights and outlining. Good condition, with some foxing (see detail images).  33" from sleeve-end to sleeve-end x 37" height.  Benkei and Yoshitsune are both popular folk heroes in Japan, and are based loosely on 12th century history.  Benkei became a huge man over two meters tall, who at the age of seventeen left the Buddhist church and joined the Yamabushi, a sect of wandering bandit monks.    Yoshitsune was son of the powerful warlord Minamoto no Yoshitomo.   It had been prophesied that if Benkei captured 1,000 swords in combat, he would find his ultimate master; alternative readings say that he was collecting swords from which he would forge an ultimate blade of his own. Having stationed himself on the Gojo Bridge on the outskirts of Kyoto, Benkei terrorized travellers on the bridge at night and was fast on his way to garnering 1,000 swords. One moonlit night, dressed as a woman, the young twelve-year-old Yoshitsune, then serving as a page at nearby Kurama Temple, crossed the Gojo bridge, apparently unconcerned by the looming threat of Benkei. A fight ensued in which the young and nimble Yoshitsune easily out-manoeuvred the hulking Benkei.   Benkei thereupon swore fealty to Yoshitsune for the remainder of his days.  Woodblock prints sometimes inspired Japanese textile artists.  There are various woodblock prints that depict this famous legend on the Gojo bridge, however, the positions of the two protagonists on this kimono appears to have been influenced by an 1854 Yoshifuji print.  The legendary encounter  created on this garment obviously has the fearsome scene toned down many notches to match the sensibilities of a child. The imagery is befitting a boys kimono: though young and headstrong, Yoshitsune's display of courage and abilities against seemingly impossible odds made him a model worth emulating.

Price:
$
2,500.00
US
Available: Inquire
GalleryOrderingContactAbout UsGallery StatementNewsGlossary
Copyright © 2023 Yorke Antique Textiles
Thank you! Your submission has been received!
Oops! Something went wrong while submitting the form.